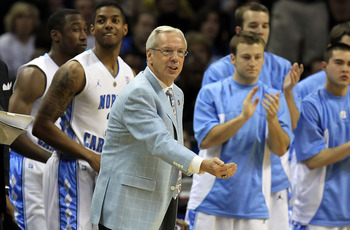 North Carolina basketball is one of the most storied and successful programs of all time.

Current head coach Roy Williams bleeds Tar Heel Blue. When he attended North Carolina as a student and played on the JV team, he did everything he could to learn from Dean Smith.

Williams served as a UNC assistant under Smith for ten years (before going to coach at Kansas).

And now he has been coaching the Tar Heels since 2003, and he owns the last two of UNC's championships.

At 60, Roy Williams doesn't look as if he is considering retirement any time soon.

He is still winning (Tar Heels won the 2010-11 ACC regular season title and advanced to the 2011 Elite Eight).

But eventually, Roy will call it quits and someone will be selected to fill his shoes.

The following is the Top Ten candidates to replace Roy Williams at North Carolina.

The Man Who Will Make the Decision 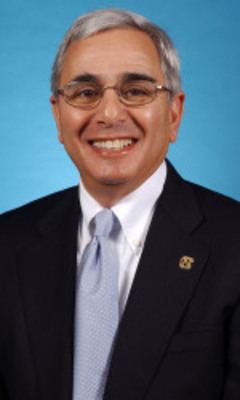 He has worked in some capacity for the university for 44 years.

He has been the AD for 14 years, which means that he hired both Matt Doherty and Roy Williams, both former Tar Heels.

Will he just look in the UNC family or will he branch out to consider any and every possible candidate?

Even though Badour is not likely to limit himself to former Tar Heels, UNC is a program that likes to keep things close to home. 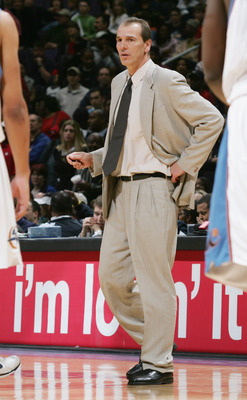 Mike O'Koren was a four-year starter and an All-American player for Dean Smith.

O'Koren was drafted by the Nets with the sixth overall pick in the 1980 NBA draft. He averaged 8.5 points, 3.4 rebounds and 2.1 assists over seven NBA seasons.

He has been an NBA assistant for nine years on the staffs of the New Jersey Nets, the Washington Wizards and the Philadelphia 76ers.

While lacking head coaching experience, O'Koren might just have enough connection back to the Smith era to be considered. 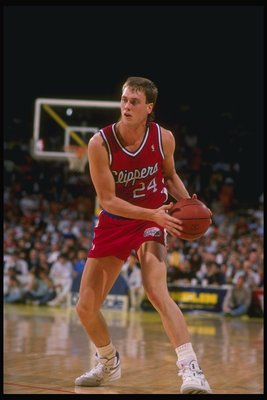 He averaged 4.2 points and 3.3 rebounds per game throughout a 11-year professional career on seven different teams.

Wolf has been a head coach of the Idaho Stampede of the CBA and the Colorado 14ers of the NBDL.

Since 2008, Wolf has been an assistant coach for the Milwaukee Bucks.

Mark D'Antoni, head coach of the New York Knicks, says of Wolf, "He has a great basketball mind."

Wolf would be a highly unconventional candidate to replace Roy.

He would, however, bring experience as a four-year player at North Carolina, and knowledge and understanding about getting players to the next level. 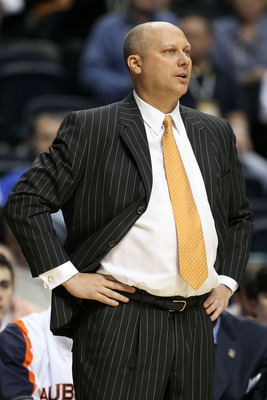 Lebo is currently the head coach at East Carolina University.

The 18 wins were the second most wins ever by the ECU Pirates since becoming a Division I basketball team.

Prior to being a head coach, Lebo served as an assistant coach for nine years at East Tennessee State, Vanderbilt and South Carolina.

Especially, if Lebo can continue to have success at East Carolina, he may work his way onto the coaching search radar. 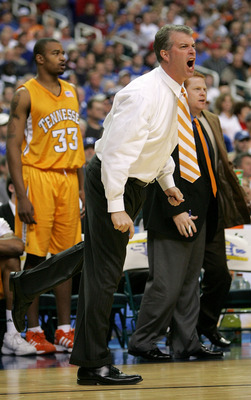 Buzz Peterson is currently the head coach at North Carolina-Wilmington.

Peterson was Michael Jordan's roommate while in Chapel Hill.

Since his playing days at UNC, Peterson spent nine years as an assistant coach and 13 years as a head coach, carving out a 238-164 record, with Appalachian State, Tulsa, Tennessee, Coastal Carolina, Appalachian State (again) and UNCW.

He spent two years working for the Charlotte Bobcats, working closely with head coach Larry Brown as the franchise's lead talent evaluator for the 2009 NBA draft.

Peterson would definitely benefit from his long-term Chapel Hill connections. 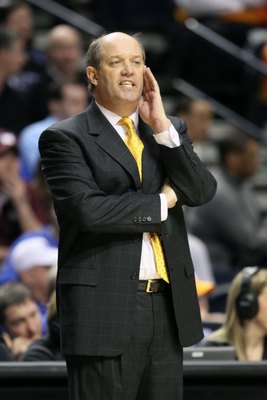 Stallings' teams have qualified for the postseason 13 times.

Beyond his coaching success, Stallings may have an inroad into becoming a candidate to replace Roy Williams because he served as Williams' assistant coach at Kansas from 1988-1993. 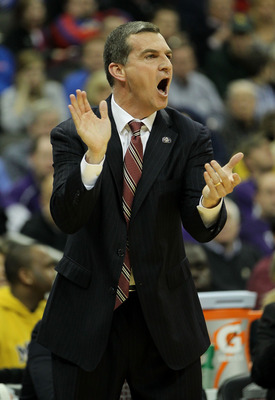 Mark Turgeon has just been hired this offseason as Maryland's head coach.

He has had a great deal of success at his coaching stops at Jacksonville State, Wichita State and Texas A&M, posting a 249-158 record.

Turgeon's connection with UNC is the fact that he served as an assistant coach for both Larry Brown and Roy Williams at Kansas.

Will the fact that Turgeon is already coaching in the ACC be a detriment to him being a candidate? Very possible...but if Roy stays on for a few more years, Turgeon might move on to another position somewhere else. 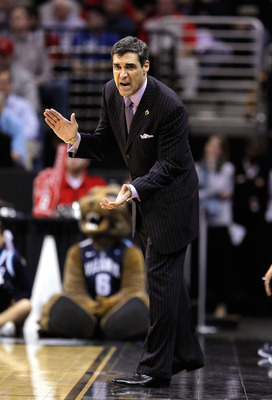 Jay Wright is the current head coach at Villanova.

His teams have averaged 20 wins per season over the 17 years that he has coached at Hofstra and Villanova.

Wright has no prior connection with UNC or Roy Williams but he is considered one of the top coaches in college basketball and could be a good candidate. 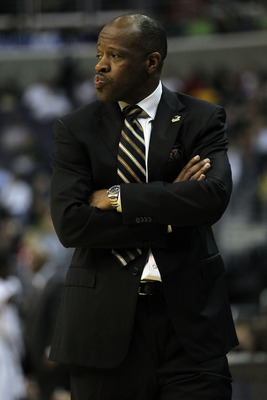 Mike Anderson is the head coach of the Arkansas Razorbacks.

In going to Fayetteville, Anderson returns to the campus where he had a 17-year run (1985-2002) as an assistant coach for Nolan Richardson.

Anderson's teams are known for their fast-paced, aggressive style labeled as "The Fastest 40 Minutes in College Basketball."

As much success as Anderson has had so far, he is primed to jump up into the top level of college coaches in the coming years at Arkansas.

Anderson has no prior connection with UNC, but he might be an interesting nominee for the Tar Heel head coaching position when Roy calls it quits. 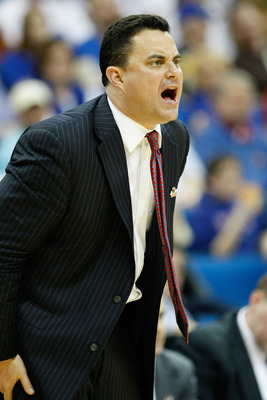 Sean Miller is one of the hottest young coaches in college basketball coaches.

He is averaging 24 wins per season in his first seven years as a head coach.

After five strong years at Xavier (120-47), Miller has put Arizona back on track (46-23), including a trip to the Elite Eight this past NCAA Tournament.

Miller has already established himself as a national recruiter, able to pull in top players from both coasts and in between.

While Miller has no formal connection with North Carolina or Roy Williams, he could be on the short list when Badour is looking for Roy's replacement. 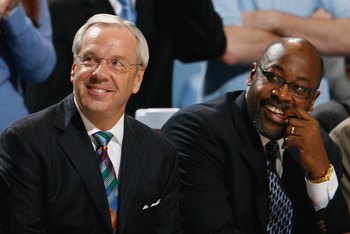 Steve Robinson has been an assistant for Roy Williams for 13 years.

Robinson was the head coach at both Tulsa and Florida State, leading his teams to the NCAA Tournament three times.

One of the possible drawbacks for Robinson to be considered as Williams' replacement is that he is 53 years old now. If Williams continues on for another 4-5 years (or more), will Badour consider Robinson?

But, then again...UNC hired Bill Guthridge as Dean Smith's replacement when he was 60 years old. 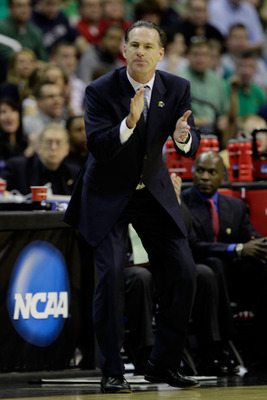 As the head coach of Pitt, Jamie Dixon (216-60) holds the NCAA records for most wins in a coach's first six, seven and eight years.

His Panther teams have made it to the NCAA Tournament every year, including one trip to the Elite Eight and the Sweet Sixteen twice.

While Dixon does not have any prior connection with UNC or Roy Williams, I will not be surprised if he is on a very short list when it comes time to find a new Tar Heel coach. 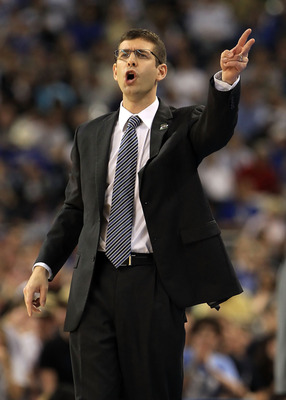 While Brad Stevens has no prior connection with North Carolina or Roy Williams, he is a very likely candidate to replace Roy Williams upon his retirement.

As the head coach at Butler for just four years, Stevens (117-25) has already led the Bulldogs to the NCAA Championship game twice.

In his first year, Stevens led Butler to 30 wins, becoming the third-youngest head coach in NCAA Division I history to have a 30-win season.

In 2010, his third year as head coach, Stevens broke the NCAA record for most wins in a coach's first three years, exceeding the previous record by eight.

Within the last year, Stevens signed a long-term (seven years) contract with Butler.

With Roy showing no signs of slowing down any time soon, Stevens would still be able to stay in Indianapolis through most of that contract.

And let's be honest. Do you really think that his buyout clause would be a deal-breaker if the Tar Heels wanted Stevens?...Me neither.