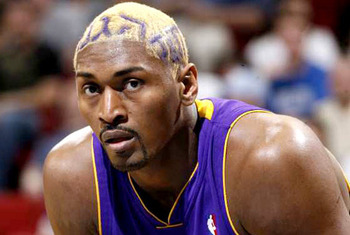 The NBA has had enough bad haircuts to be honored in one of Bud Light's "Real Men of Genius" commercials. It would go something like this:

Today we salute you, Mr. "I'm a basketball player so I think I'm cool enough to get an outrageously bad haircut."

Mr. "I'm a basketball player so I think I'm cool enough to get an outrageously bad haircut!"

Maybe you really thought that mullet was cool. Perhaps you found nothing effeminate about the multiple ponytails you put into your hair. Perhaps you thought a giant, gel-encrusted mohawk was a good look.

Have you no taste?

Or better yet, maybe you want to make a splash and look totally different, so you've shaved words into your hair or dyed it so many times that your head is starting to resemble a bowl of Fruity Pebbles.

So take a look in the mirror and visit the barber, Mr. "I'm a basketball player so I think I'm cool enough to get an outrageously bad haircut." Because you may have made the team, but your hair needs to be cut.

Mr. "I'm a basketball player so I think I'm cool enough to get an outrageously bad haircut!" 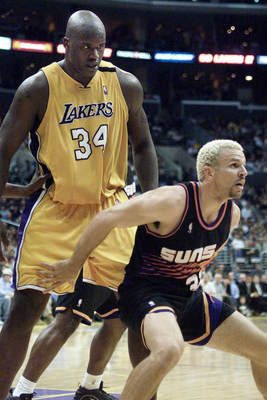 Remember when it was fashionable to dye your hair bleach-blond.

Clearly the look didn't suit everyone... 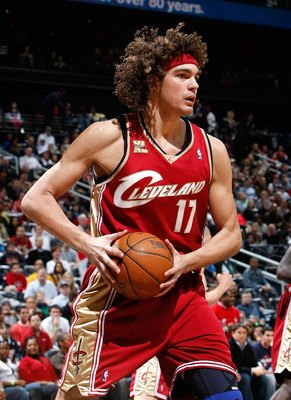 Listen, when you garner comparisons to Sideshow Bob based upon your haircut, it probably isn't a very good look. 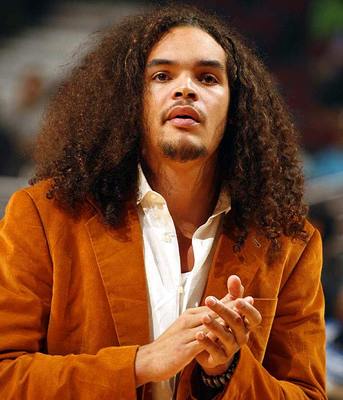 Listen, I'm not a Joakim Noah hater like many out there—I love the way he works on the boards, antagonizes opponents, and fires up and sticks up for his teammates.

And I'm not necessarily against a sloppy hair style—you won't find Ben Wallace on this list, because I always thought his hair was pretty sweet (though I'm sure many will disagree).

But even I have to admit that Noah's hair, at the very least, could use a bit of grooming. 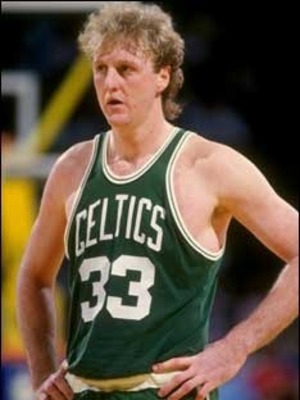 Not to disparage a legend, but this was never a good look. 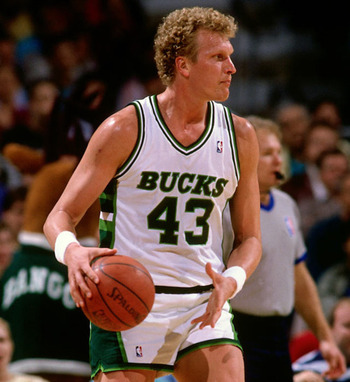 Even NBA.com made fun of this guy's hair—that should tell you something. 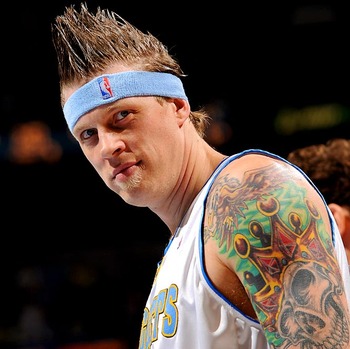 I'm all for individuality, I truly am—if you want a mohawk, you should rock the hell out of one.

After all, it's your life and you only get one of them, so do your thing.

That said, if you do choose to rock a mohawk this insanely large, please don't be offended if people out there (me) think you probably should have gotten over the mohawk phase in high school, when you were drumming in a wannabe-NOFX punk band with your buddies. 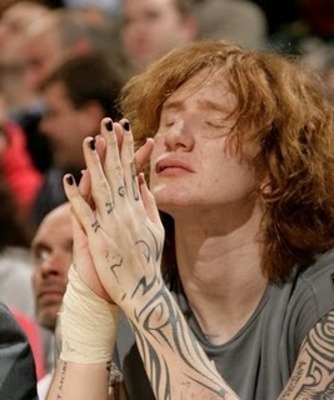 This isn't just about the hair, it's really about the whole look happening here paired with the hair that I find a bit—how can I say this delicately—odd.

Honestly, every time I look at this picture, I think that Macaulay Culkin and Carrot Top somehow reproduced a child together, and that child just finished his "goth for the sake of being different" phase.

One can only hope Robert Swift is asking God to grant him some taste in this photograph. 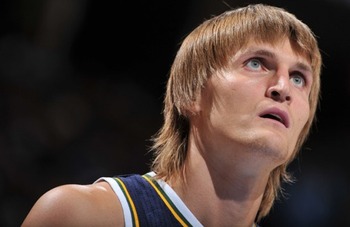 No, that isn't Justin Bieber, it's NBA player Andrei Kirilenko.

I too was confused about the matter for a moment. 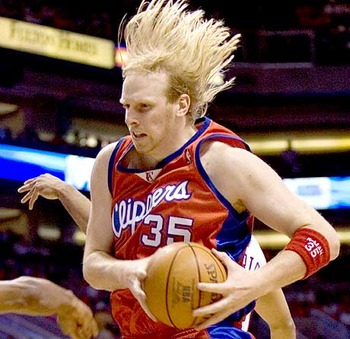 He was one of the Twins, right?

(Tim seen staring at computer screen in a bewildered fashion, shaking his head) 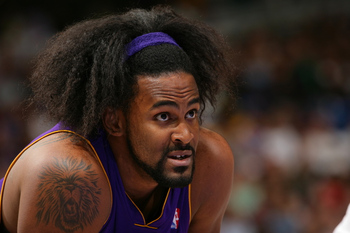 Your facial hair won't save you now. 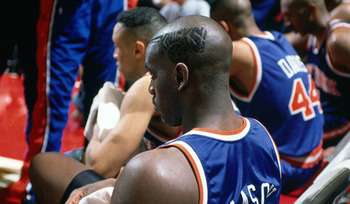 I'm sorry, but grown men shouldn't have the name of the team they play for shaved into their heads.

Really, you probably shouldn't have any words shaved into your head after the age of 12. 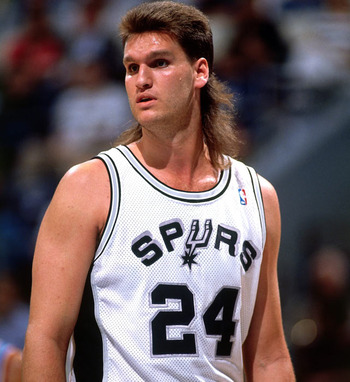 There is no excuse for this.

He looks like a guy MacGruber would want as a mentor. 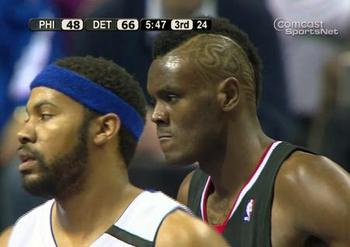 The "SD" carved on his head supposedly stood for "strong defense," or just as likely "Samuel Dalembert."

But what should it have stood for? I have a few suggestions...

Silly 'do. Stupid decision. Stunted development (The guy used to practice his three-point shot in practice! I mean, seriously dude? You were a center!). 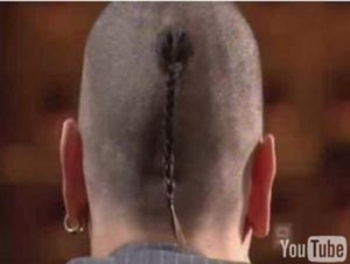 I really don't think the whole "Anakin Skywalker look" is in right now.

Or ever has been, for that matter. 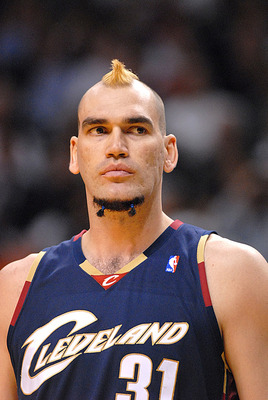 Take me to your leader. 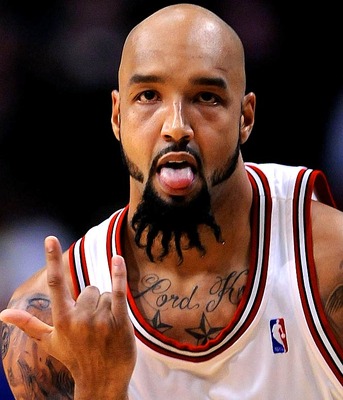 On second thought, I'd rather not meet your leader.

Mr. Gooden has also done a few strange things with the back of his head. 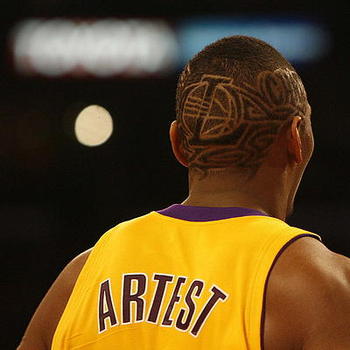 If I were Ron Artest, I would start charging companies to endorse on my head.

Why not? If you already don't mind sporting an odd hair style, why not make some money doing it? 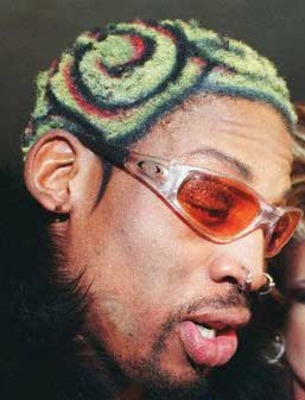