7 New Features We Most Want to See in Madden 12 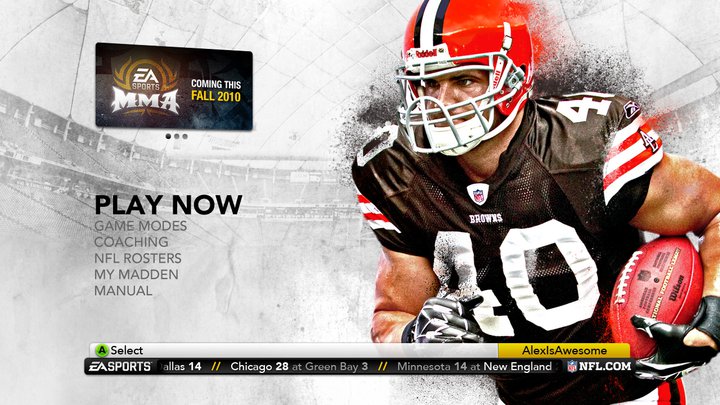 Congratulations to Peyton Hillis on becoming the cover athlete for Madden NFL 12.

With that said, there will be many new features in this year's game.

Most are new, while others are improvements on what already exists.

While improved pre-game presentations are visually stimulating, there are certain features dedicated Madden players want to see in the next game that improve game play.

Some features in this slideshow are currently being worked on by EA Sports, and others are still a wish at the moment.

Without further ado, here are the features we most want to see. 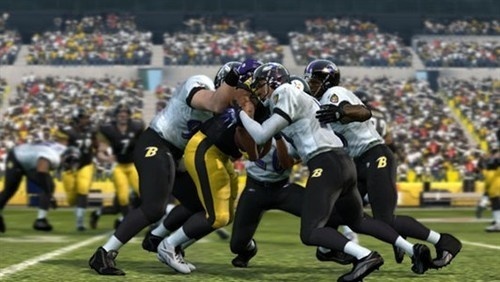 In Madden 11, the animation of gang tackling is present but in reality only one person was actually bringing the ballcarrier down.

Rarely did players actually make a tackle together. That's why offensive players sometimes broke what looked like gang tackles.

This can be frustrating because it's unrealistic and breaking out of "gang tackles" usually meant touchdown.

Madden 12 will take care of this issue. Extra defenders will help tackle the ballcarrier.

They won't just fall down or bounce off anymore; extra defenders will actually affect the outcome of the tackle. Ballcarriers trying to fight gang tackles should also be more prone to fumbling since extra defenders can try to strip the ball.

At the same time, if offensive players are nearby, they should either be blocking like usual or pushing the pile. 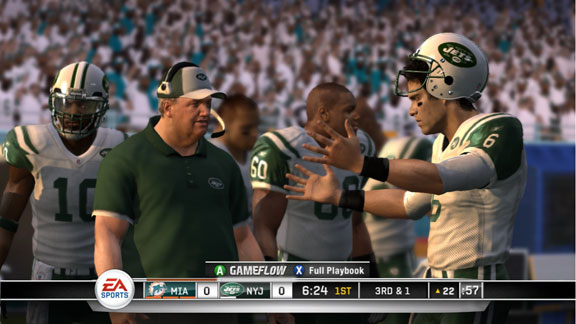 GameFlow is one of the new features that came with Madden 11. Although a great tool that is very convenient, it also has its flaws.

I understand GameFlow can't be perfect, but I have found myself in goal-line situations where I had to audible out of a hail mary.

While this is an extreme case, there are multiple instances where GameFlow could've suggested a better play. For this reason many players, especially the more advanced ones, prefer the conventional style of play calling.

Madden 12 is advertising an improved GameFlow that will allow you to favor certain types of plays without having to edit game plans.

The next new feature should have even the most old-school Madden players wanting to use GameFlow. 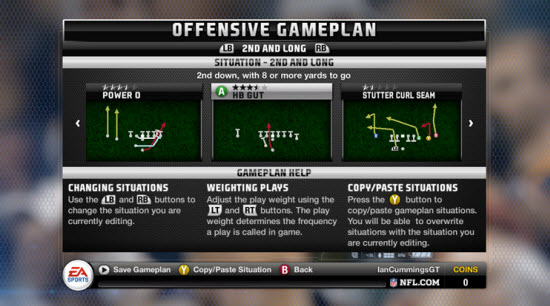 The best way to improve GameFlow: have it choose from a playbook stacked with plays you chose.

The hardcore Madden gamers have been waiting a long time for this one.

Custom game plans were a cool way of modifying what GameFlow chose for us, but Madden 12 will be taking customization all the way by allowing us to tackle entire playbooks.

All of your go-to plays, trick plays and favorites alike will all finally be easy to access once you've customized your playbook. If you're the type that hates QB Kneels, you can possibly remove it from your playbook altogether (although it's not the smart thing to do).

GameFlow will never surprise you again, since you'd be familiar with every play thrown your way.

The game plans won't go away. They will still be there to sort out our favorite plays within our customized playbooks.

Breakthroughs like OTP are not to be expected each year, but there are definitely tweaks that can be made.

Starting with online franchise, it's hard to be on the same page with everyone. There has to be a better way for the commissioner and the rest of the members to communicate without having to add each other as friends on Xbox or PS3.

Online franchise should give commissioners the option to set the time interval between week advances. This includes no intervals in between. There are 30 total seasons in franchise mode. It's tough to get through them all. If everyone agrees to simulate through some seasons, they shouldn't have to wait half an hour to advance each week.

In head-to-head matches, level and current winning streak can also be displayed in addition to W-L and DNF percentage.

OTP can carry similar stats to those seen in head-to-head games.

I'm pretty sure there are tweaks to online play you want to see. Feel free to comment if I haven't touched upon what you're thinking about.

Franchise has been ignored for too long, and it's finally being taken care of in Madden 12.

Many of the new features make franchise even more strategic.

Here are some things we can expect:

Many more features have yet to be announced, but franchise players are in for a treat. 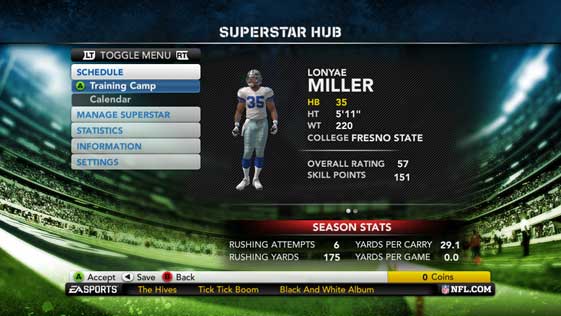 New features include earning Skill Points to improve your superstar, milestone notifications, and having more control over which team you get traded to.

The Madden Team is also going the extra mile to ensure that no two superstars are the same.

Here is IGN's take on it:

To that end, there's more to your player than just his attributes. New this year are traits and tendencies, which you set to determine the mental aspects of your player. After all, two linebackers might have a high tackle rating, but one could always play it safe and wrap up the ball carrier while the other always wants to put a little hurt into the opponent.

This along with DPP in Franchise Mode are steps towards integrating the mental aspect of the sport into Madden 12.

A lot has yet to be announced, but Superstar still has a long way to go.

Post-game press conferences, live interviews on and off the field, media (articles, news clips, etc.) about the superstar, animations of visiting the agent, meetings with coaches and other extra-curricular activities would be a good start to making Superstar Mode more fun. 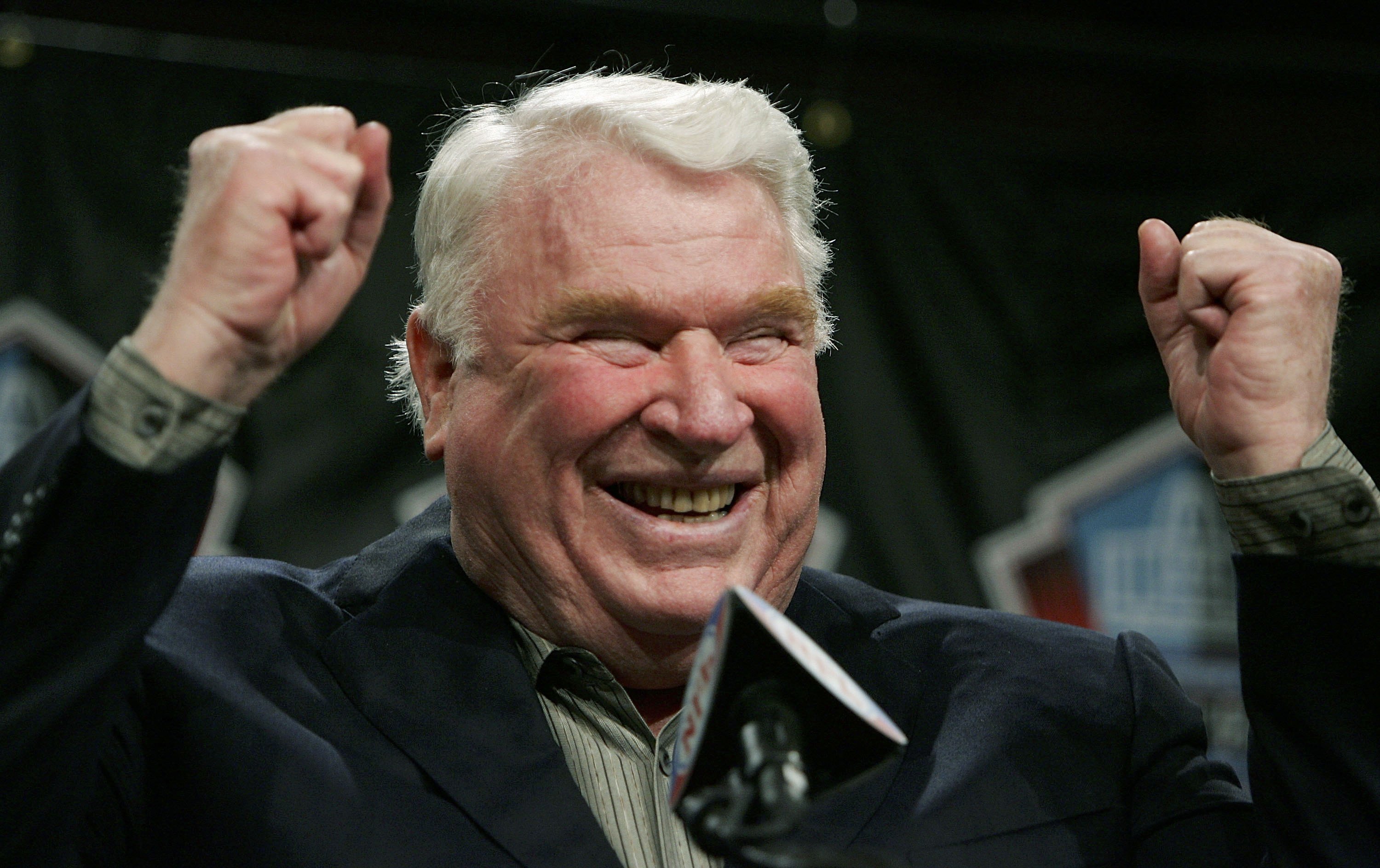 Of course, pulling this off is more complicated than scrimmages and crew games on NBA 2K11.

Having superstars compete against each other online in mini-games is an easy way to start.

There can be a mode similar to the current one but with multiple superstars. People can create their superstar and join the same league. They can be arch rivals or decide to join forces down the road by signing with the same team.

Another idea is to have a section of OTP where superstars can be imported to whatever team the captain chooses. If your superstar is a QB, he would replace Tom Brady if you chose the Patriots.

Instead of controlling an entire squad, you only control your superstar.

That means up to six people can be on each team. As long as a maximum of three superstars are on each side of the ball, it doesn't matter which position the superstars play. Of course, it wouldn't make sense if two or more QBs are on the same team. The same goes for multiple RBs.

This game play is realistic because offensive players have to watch the defense and vice-versa.

If something along these lines is the big secret the Madden developers are hiding from us, that would be awesome!

Conclusion and Other Sources 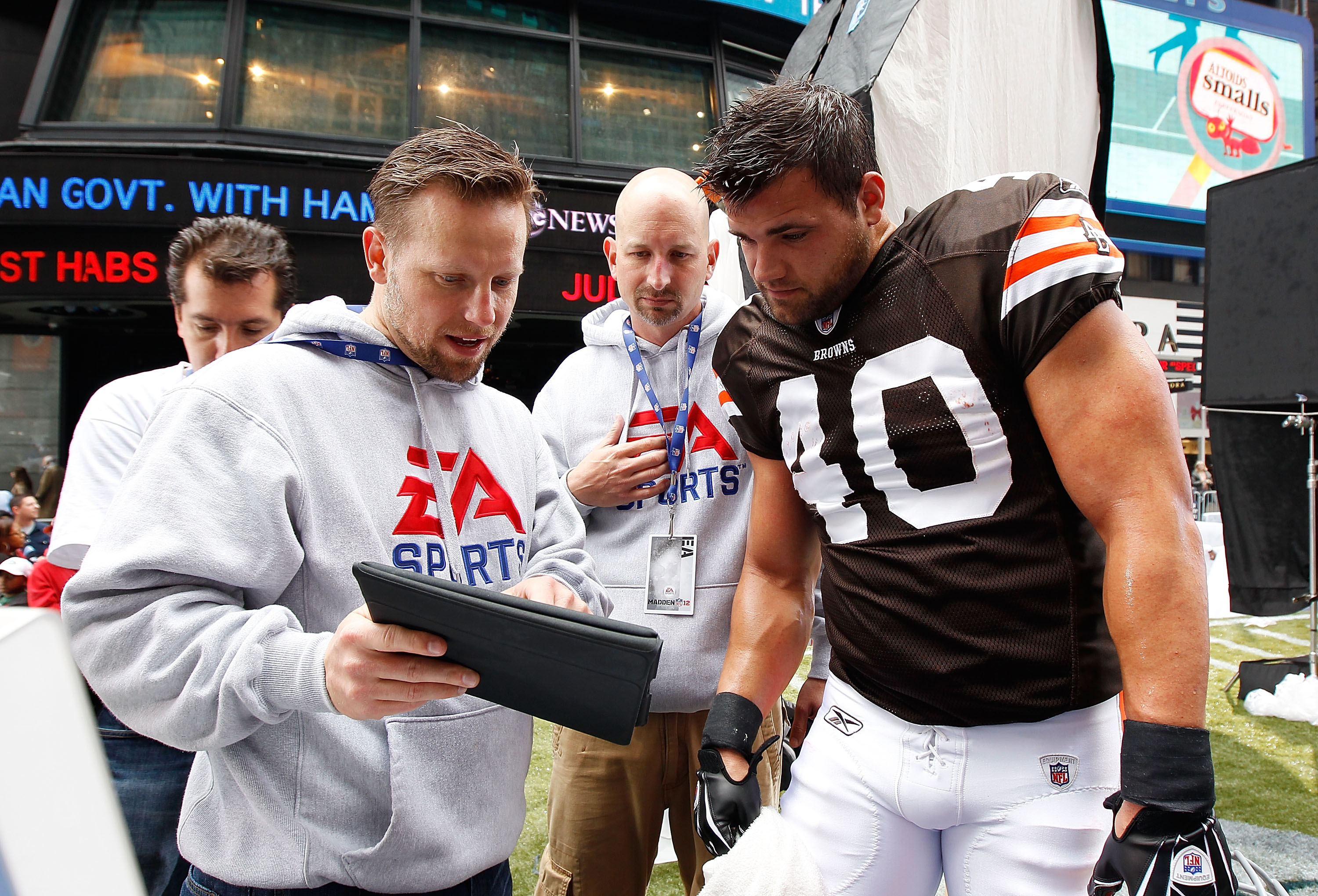 Is there a feature not listed here that you can't wait to see in Madden 12?

What do you think won't be improved?

Will there be an entirely new game mode?

Any feedback and ideas you are willing to share are greatly appreciated.

More info on Franchise Mode can be found here.

Be sure to check out Superstar Mode as well.