Cam Newton: Why the Carolina Panthers QB is the NFL's Next JaMarcus Russell 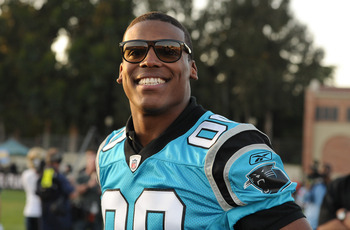 Cam Newton. The No. 1 pick in this past draft, although some people questioned it. Sounds like another QB who was taken first overall, doesn't it? That would be JaMarcus Russell.

Cam Newton has a lot of question marks coming into his rookie season, just as Russell did.

He could have a good career, or more likely, it could end up like Russell's. I'm talking football side of things here—Cam is smart enough to know not to get in the off-field trouble that JaMarcus did.

When you look at the two, they have some very similar characteristics. 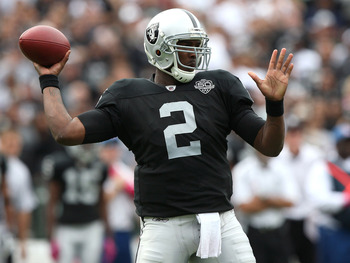 Both JaMarcus and Cam have unbelievable arms. They can throw the ball deep with the best of the best.

However, this doesn't always translate well to the NFL.

Underneath throws are in more demand in the pros than college because the corners and safeties are that much better in the pros. They also require more touch, which came into question with both of these players.

We saw Russell struggle to throw the ball underneath, and Cam may find it difficult as well. 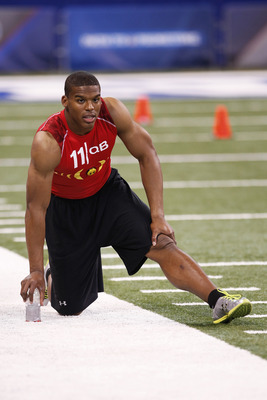 I know the Wonderlic doesn't have a huge impact on how we look QBs, but it has to be taken into consideration.

When you look at the scores of successful QBs from the past, most are around 30 (out of 50) or higher.

JaMarcus Russell scored a 24. Cam Newton got a 21.

I know there are more important things to consider, but it does show somewhat of a bad sign, right? 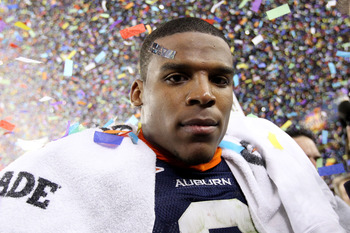 Both Cam and JaMarcus had only one great season at the highest level of college football.

We know Newton's story: Started at Florida and saw he wasn't going to play with Tim Tebow in front of him. So he went to Blinn College and absolutely lit up the competition. He then did the same thing his one year at Auburn.

JaMarcus didn't really do anything special until his last season at LSU either, and really made a jump with his performance in the Sugar Bowl against Notre Dame.

The problem there is that only having one great year at the best college level may hurt translating over to the best of the best in the NFL. It definitely hurt JaMarcus, and it wouldn't be a surprise if it hurt Cam as well. 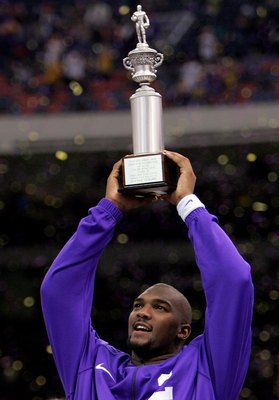 The last problem is the success Cam has had.

JaMarcus had great success too at LSU. Playing for a contender at LSU and winning the Sugar Bowl his last year was a great success for JaMarcus and the program.

However, being the first pick means (almost always) you're going to a bad team, and most likely won't see success right away. JaMarcus couldn't adjust to this and it bit him.

Cam saw the same (if not more) success in his college career than JaMarcus. The question is will he be able to translate to a team that may struggle for a few years?