The 20 Funniest Double-Entendres in Sports 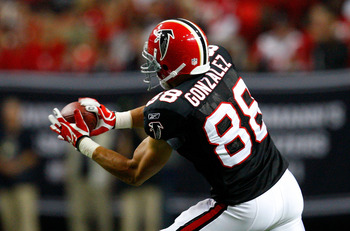 It is no secret that sport carries with it its own culture, and thus its own unique jargon. Terms and sayings such as "slam dunk," "knock it out of the ballpark," and "touchdown" have infiltrated everyday language and come to mean more than what they represent on the field or court.

But sometimes, that jargon is unintentionally hilarious when taken beyond the context of the game.

Thus, along with the fine folks of B/R Swagger, I present to you The 20 Funniest Double-Entendres in Sports.

You will laugh, you may cringe, but if nothing else, you will nod your head while remembering all of the times you thought, "That's what she said!" during a broadcast. 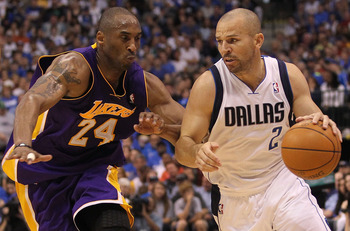 Generally a point guard in basketball (or simply the person dribbling the ball at the time), a ball-handler normally has possession of the basketball the majority of a possession and sets the play in motion.

Also the title of someone who excels in the sport of pocket pool. 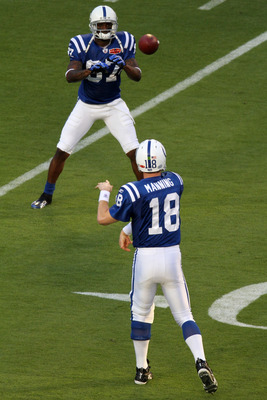 "Hook up" is a common term in sports, generally involving one player passing to another. For example:

Wait, scratch that last one. And scratch my eyeballs out while you're at it.

"Because trust me—length isn't everything."

His honesty is so brave. 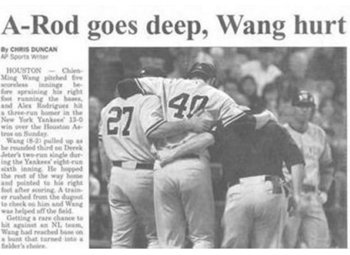 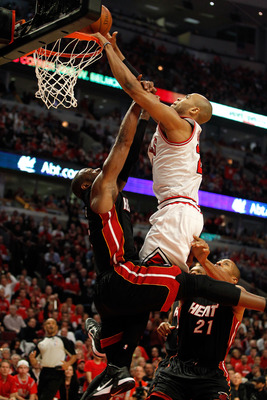 According to Urban Dictionary, "taking it to the rack" is defined as follows:

To drive with authority and finish violently right in the guy's grill. Can be used to describe any sport where a player drives toward a specific target ie. Basketball, Lacrosse, possibly Football. 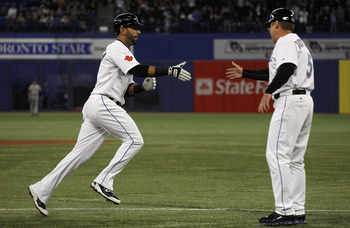 This isn't a pure double entendre, as the notion of "rounding the bases" was taken from baseball and used to describe the type of intimate interaction between two lovers.

Here, Jose Bautista is congratulated as he rounds third after hitting a home run. 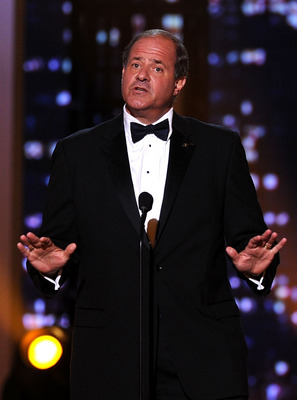 One of Chris Berman's favorite sayings, used when a player is in the midst of a long touchdown run.

As in "Rounding the Bases," this saying applies to those moments when a player scores.

As the old idiom goes, "even a blind squirrel finds a nut once in a while."

Listen to Sage at the very end of this video for some unintended hilarity.

14. Rising to the Occasion 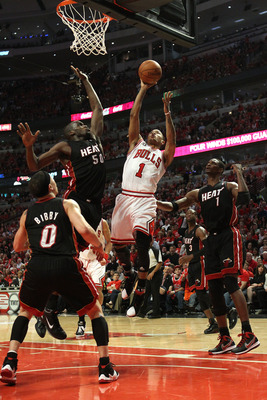 One of the most popular cliches in sports, athletes are often said to either "rise to the occasion" or "come up short."

You are either clutch or you choke. You can take the pressure or you're soft.

The variations go on for days.

To me, the most important part of this particular stroke is the motion where you hold your hands as though you are about to give someone something, like a plate.

That's also the key to this video, if you ask me. 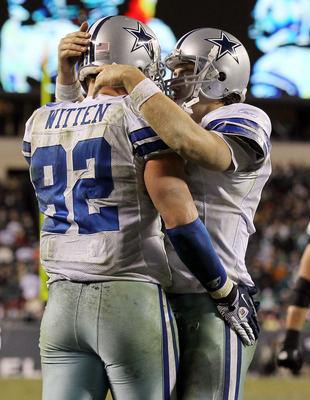 I think this one goes without saying.

Of course, tight end can be incorporated into some classic sentences:

"He squeezed that pass into man coverage and hit a streaking tight end for the score."

Yeah, I went there. 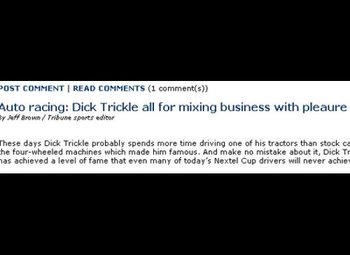 Why didn't you stick with Richard, dude?

Thank you, Bill Raftery, by screaming this at will:

One of the best catch phrases in sports today, hands down.

10. Illegal Use of Hands

This is only a double entendre if you know that Ben Roethlisberger repeats "Illegal Use of Hands" to himself every time he enters a bar.

As a reminder to stay out of trouble, of course.

One of the most famous bang-bang plays from the past 25 years.

Perhaps it is called that because one team always feels as though they got screwed, much like Armando Galarraga on this play.

Gary Matthews has an almost intimate understanding in the fine art of hitting.

Penetration and Kick is an aggressive offense in basketball designed to suck in the defense, opening up the kick-out pass by the ball-handler. 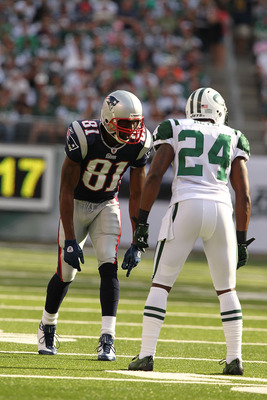 Also known as press coverage, the "bump and run" technique used by cornerbacks in football is highlighted by the corner making contact with the receiver at the snap to reroute the receiver, then bailing off the line to either play zone or man coverage responsibilities.

In everyday life, however, the "bump and run" technique is also known as the "hit it and quit it" move.

Do not attempt the "bump and run" if you intend on calling the other party back, however. 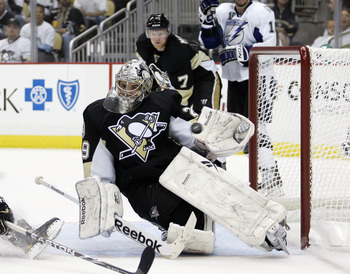 If you don't think this is a double entendre, just ask Antonio Cromartie about all of his kids. 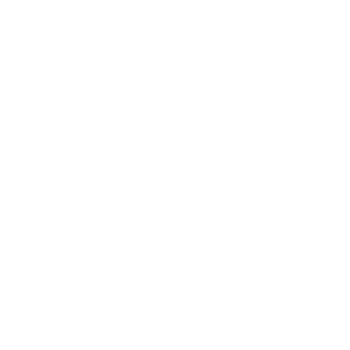 A man (such as Chipper Jones) or woman who can bat from either side of the plate, if you know what I mean...

And of course I mean that he can swing either left-handed or right-handed.

Headline Gaffe: It's Not the Size of the Boat... 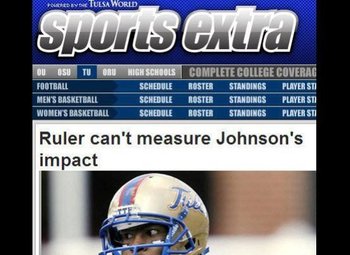 A common term for a wide receiver running a pattern down the field and a quarterback passing it to him, often in the hopes of scoring on a single play.

Traditionally, "splitting the uprights" means a field goal kickers sends the balls directly down the middle of the two uprights, completing either the extra point or field goal attempt.

But Mayor Thomas Menino's "ionic" remarks seem to confuse the sports of baseball and football.

Either that, or Jason Varitek really partied hard after the Red Sox won the World Series...

A backdoor slider is when a right-handed pitcher throws a slider to the outside part of the plate against a left-handed batter, or vice-versa.

The pitch is intended to look as though it will be outside of the strike zone, but catch the edge of the plate at the last moment before being caught by the catcher.

It is also a pitch that Roger Clemens fears will be added to his repertoire if he is found guilty of perjury in June and given jail time.

(Note: Basketball also has the backdoor cut, which is just annoying to defend.)

Christian Okoye is a classic example of how a running back should hit the hole on a running play.

When "The Nigerian Nightmare" hit the hole, defenders shook in their cleats.