Doug Collins: 10 Reasons He Was Snubbed for NBA Coach of the Year 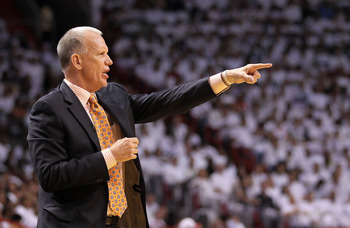 It was announced last week that Tom Thibodeau won the NBA Coach of the Year award, receiving 76 first-place votes.

But before I begin, I want to make it clear that I am not saying Tom Thibodeau did a bad job, because he did a great job in Chicago. However in my opinion, I think Doug Collins of the Philadelphia 76ers—who received just 11 first-place votes—had the better resume.

Collins brought this team from the dumps, transforming the 76ers into a playoff team able to compete with the Miami Heat in the playoffs, as well as every top team they played during the season. On the other hand, Thibodeau was working with an All-Star and three other near-All-Stars.

Even though Thibodeau had a better overall-win improvement, Collins did a better job and deserved the Coach of the Year award. 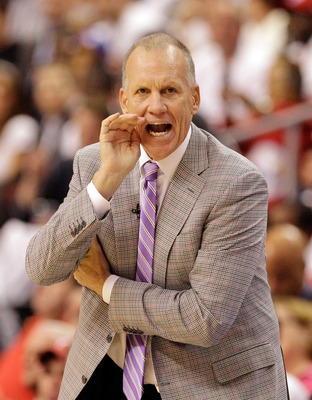 Before this season, the Sixers system was out of sync and not working at all.

Collins came in and knew exactly what to do—and it worked. He assigned every player an individual role that allowed him to flourish.

A perfect example of a player who succeeded in his system was young shooter Jodie Meeks.

Meeks never really made an impact in his career with the Bucks, or the Sixers last season. But this year Collins came around and made him focus on one role and one role only—long-range shooter.

Meeks did not post the best statistics, but he was very valuable to the team. He was clearly the Sixers' most dangerous shooter from beyond the arc, which helped spread the floor—freeing up more space down low.

Collins also did a good job of finding roles for every other player in the lineup—and it paid off significantly. 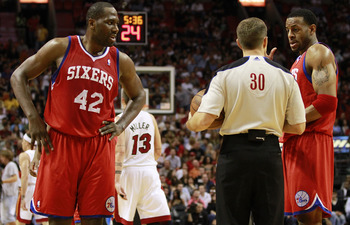 The closest the Sixers had to a superstar was either Andre Iguodala or Elton Brand. In fact, Brand was the team's leading scorer—averaging just a little over 15 points per game.

Many fans and media professionals are praising Thibodeau for the work he has accomplished in Chicago. However, for some reason they seem to brush over the fact that he did it with players like Derrick Rose, Carlos Boozer, Luol Deng and Joakim Noah.

You can look at the two teams' rosters and make the conclusions yourself that the Bulls starting five is much better, and arguably the best in the league.

Collins still did a great job working without a nonstop scorer or a monster on the boards. He was not given any of that, but instead he was working with average to above-average players, proving that team play can be successful. 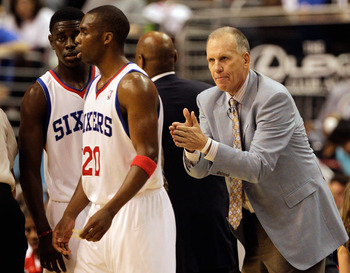 Collins did all of this while working with younger and less-experienced talent.

In fact, eight players on the team averaged more than 19 minutes per game. Six of them are between the ages of 22 and 24. That alone says a lot.

In my mind, this is also a good sign for the future. They made it to the playoffs and kept almost every game close with the Heat. It was the first playoff series for most of the players, too.

Collins is the reason why this team came together and matured so much throughout the season.

He Made the Bench Effective 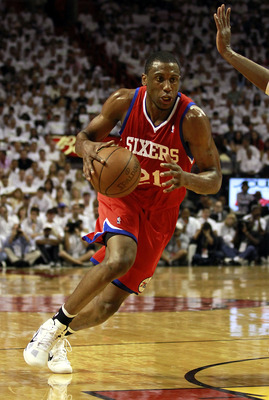 The Sixers developed one of the deepest and most effective benches in the league because of Collins.

Last season the Sixers were not a very deep team and could not rely on any bench players. This year was the exact opposite.

One special thing the Sixers proved this season was that any given night against any given team, any player could go off and lead the team to victory. And most of the time they came off the bench.

Thaddeus Young was a great example of this, along with other players. I want to focus on Young specifically, though, because Collins did a great job of making him an effective bench player.

He played in the 3 and the 4 slots, came off the bench and had almost the same amount of minutes as he did last year.

Even though his stats declined, he was a much more efficient player and a great finisher. I think Collins made all the right moves with Young and was also a reason why he was effective during the playoffs. 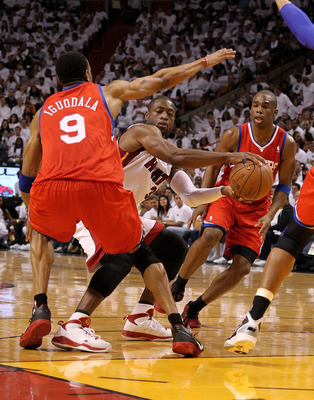 A year ago, the Sixers were not half the defensive team they were this season.

Last year the Sixers gave up, on average, over 101 points per game. But this season they were nearly a top-10 defensive team, giving up about 97 points per game. It doesn't seem like a big difference, but it really is.

Defense was a core focus for Collins this year. He and the players both knew that they were not the most talented team in the league, so they had to excel on the defensive end. 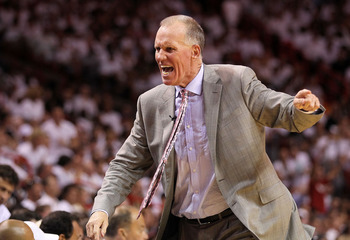 Collins is as close to a blue-collar personality as you can get.

He carried on the "show ya luv" theme for the year, and was very close to all of the players. Collins is a man of morals (although he doesn't like moral victories), providing the team many lessons along the way.

Maybe the picture was too extreme to show it? 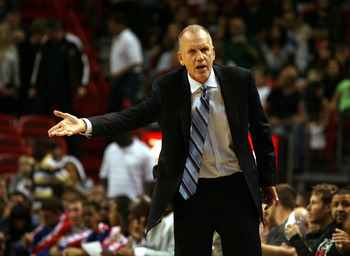 The major turnaround this season blew Philadelphia out of the water because it was completely unexpected.

After going through the harsh times of Eddie Jordan—also known as the man who couldn't coach a middle school basketball team—things were headed for the worst.

But Collins came in and led them to success quickly, bringing optimism for next season. The Sixers improved from a 27-win season to a 41-win season, where they easily could have won at least another 10.

What made the turnaround even more special was that it was not expected by the fans. It was very special and a great way to play a season.

Impact on the Future 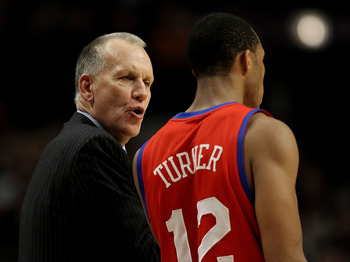 If Doug Collins were to leave the organization today, the young players on the team would be left with his long-lasting impact and would be able to improve upon themselves.

Collins set a tone for the young guys. Even though Evan Turner did not have the breakout rookie season that everyone wanted him to, I trust Collins with what he did with him and I think it will benefit him for the future.

Point guard Jrue Holiday made strides in not turning over the ball, being a better overall distributor and seeing the court. Collins expressed this execution greatly, and its residual effect will stay with the Sixers for a while.

He Trusts the Players 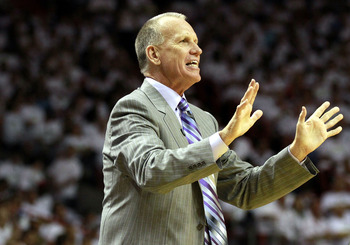 This is a great saying by Collins and it is also a big reason behind the growth and maturity this team endured this season.

Collins never spoon-fed his players, but at the same time, he was teaching them along the way.

His Connection with the Players 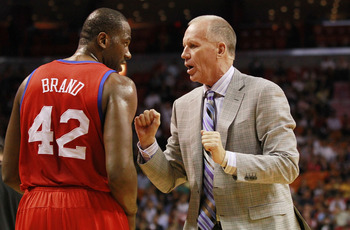 Throughout the season, Collins showed a tremendous personal connection with the players.

In numerous press conferences during the season, Collins would always seem to talk about a specific player and talk about how special he was to the team.

The great connection was mutual with the players too, which made it really sentimental. The players loved Collins back and they played their hearts out every night for him.

What really summed up the love the players had with Collins was at the end of Game 5 in the first round in Miami when Brand gave Collins a hug and Collins said he played a great season.

Their connection started even before the season, as Collins showed his dedication to Brand's comeback by making him lose weight and work out before the summer.

Collins cared about his players and was dedicated to making them improve. 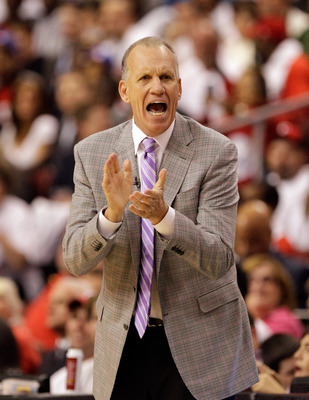 It's incredible how much Collins accomplished with Philadelphia in just one year of work. The potential was always there for the 76ers—they just needed the right coach to make it happen, and he was it.

Collins put this team together, pushed them hard and turned them into a playoff-caliber team.

He played the role of that perfect mentor, teacher and role model for the players.

Maybe some will still think the award should have gone to Coach Thibodeau, and maybe it's because they were not close enough to Philly to witness the improvement and the job he accomplished. But in my book, it goes Doug Collins.