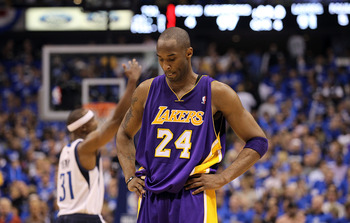 After losing Games 1 and 2 at home, the Lakers entered Game 3 in a must-win situation.

Despite their best effort, the Lakers could not close out the Mavericks in crunch time. The Mavs took care of business at home and are just one win away from knocking off the two-time defending champs.

No team has ever come back to win a playoff series after trailing 0-3, but if any team can do it, it's the Lakers.

Here is the report card for Game 3 of the Lakers-Mavericks series. 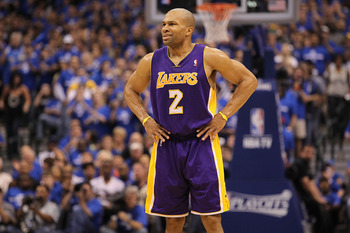 Derek Fisher played a decent game but was involved in two key plays down the stretch that cost the Lakers Game 3.

With L.A. down by two and less than 20 seconds to play, Fisher bumped Jason Terry and sent him to the line. After Terry sunk the two free throws, Fisher turned the ball over on a poor inbounds pass to Lamar Odom. 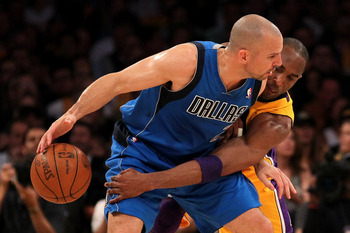 Jason Kidd finished the game with nine assists but did not have a good shooting night. He was 3-of-12 from the floor and missed six three-pointers.

On the defensive end, he was subpar through most of the game but defended Kobe well the last few minutes. 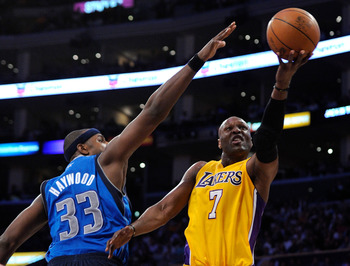 Game 3 was Lamar Odom’s best performance of the series.

He was very aggressive on offense and was the Lakers’ second-leading scorer.

Odom was involved in a key turnover down the stretch, but Fisher is mainly to blame for the bad pass. 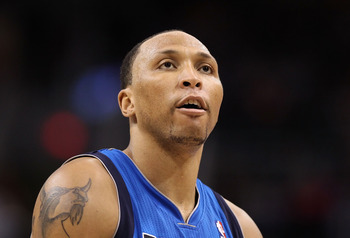 Did Shawn Marion even play in Game 3?

While the box score shows he logged 30 minutes, I can’t recall any play that he had a positive impact on.

Marion finished the game with two points on 1-of-7 shooting and played very poor defense against Odom. 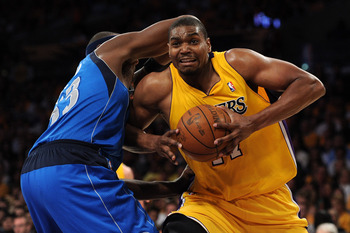 Andrew Bynum was the best player on the Lakers in Game 3. He dominated the paint and showed the Mavericks that no one could guard him.

Bynum was the most animated I have ever seen and finished the game with an impressive 21 points and 10 rebounds. 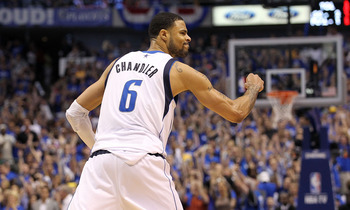 Tyson Chandler was unable to guard Bynum and took the easy route by flopping on several occasions.

He only made one field goal the entire game and pulled down five rebounds in 33 minutes of work. 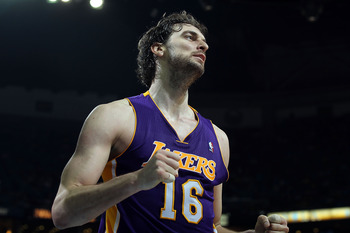 Rumor has it that Pau Gasol’s fiancee recently left him, and the team’s “trust issues” that Bynum addressed are in reference to Gasol and an unnamed teammate.

Regardless, Gasol had an awful Game 3.

He was chewed out by Phil Jackson on multiple occasions and allowed Dirk Nowitzki to shoot several wide open three-pointers. 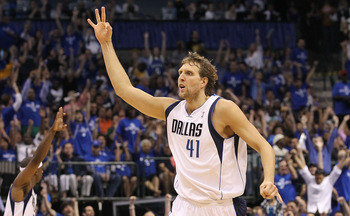 Another amazing game for Dirk Nowitzki.

He was the MVP of Game 3 and has proven to be the best player in the series. No one can stop him.

Nowitzki had 32 points on 12-of-19 shooting and made several big shots down the stretch. 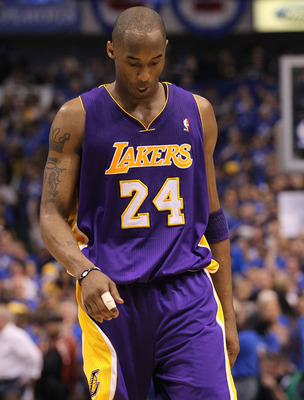 Kobe Bryant had a great performance through the first 44 minutes. He was a very efficient scorer and got his teammates involved.

But in the last four minutes, Kobe was unable to close the game.

With his team up by three, Bryant had two lousy plays in a row—a bad pass to Pau Gasol (who wasn’t looking) and a forced jumper that he missed while trying to beat the shot clock. 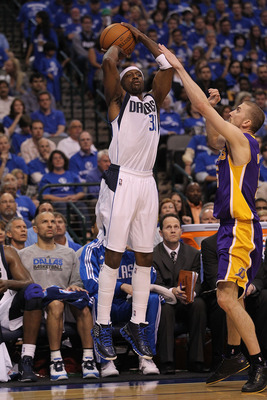 While DeShawn Stevenson is the starter, Terry played most of the minutes at shooting guard.

Terry had a brilliant Game 3 and scored 23 points on only 10 field goal attempts.

Down the stretch, he nailed a three-pointer in the corner and buried two free throws after drawing a foul on Fisher. Those two plays sealed the Mavericks’ victory. 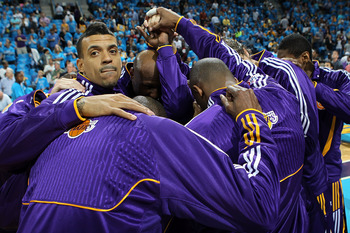 With Ron Artest suspended and Lamar Odom getting the start, the Lakers bench consisted of Blake, Barnes and Brown.

Steve Blake bounced back from an awful Game 2 and played adequately.

Matt Barnes was a non-factor. 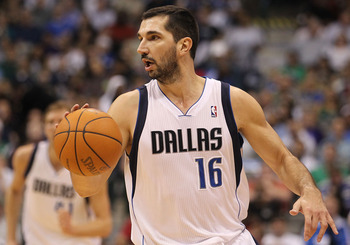 The Mavericks bench stepped up again.

While J.J. Barea was the bench hero in Game 2, Peja Stojakovic was clutch in Game 3. He hit several big shots down the stretch and helped the Mavs fight back in the fourth quarter.

Barea shot 1-of-5 from the field but dished out five assists.

Brendan Haywood was average on defense and didn’t take a shot all night.