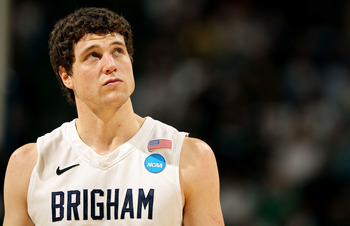 BYU point guard Jimmer Fredette became a national sensation with the range on his three-pointer and his leadership qualities, but will this be enough to get him into the first round of the 2011 NBA draft?

Fredette is the poster boy for athletes whose draft stock is falling, and as the 2011 NBA draft draws nearer, names like the ones listed in this slideshow will continue to be under scrutiny.

While these players can't go out on the court to redeem their name, there is still some time to get their draft stock back up.

But let's take a look at whose draft stock has fallen since the end of the 2010 college basketball season. 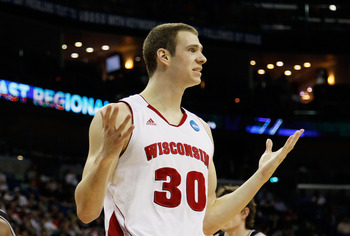 Jon Leuer played a respectable season at Wisconsin, but when presented with the opportunity to succeed on the big stage, choking doesn’t even begin to describe his play.

Playing against Butler in the Sweet 16, Leuer was matched up against Matt Howard and scored an astonishing three points.

The first time Leuer scored in single digits all season, he was 1-for-12 shooting and lacked any physical presence on the court.

His physicality may be a big problem at the next level, but that’s not to say he won't be selected in the late first round. 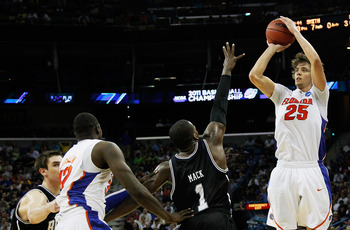 Coming into the season as the ideal leader of the Florida Gator basketball squad, Chandler Parsons seemed to be overvalued early as a first-round selection.

Doing enough to get his team to the Elite Eight, Parsons went straight cold at the end of the season scoring in single digits in five of the last six games.

Through those six games, Parsons’ shooting betrayed him despite carrying him throughout most of the season, and it greatly hindered his draft hopes. 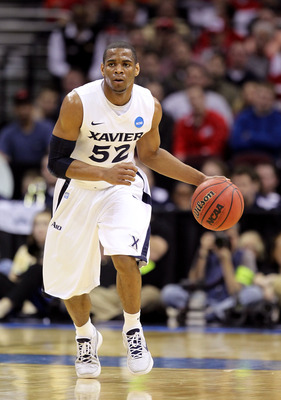 Tu Holloway was one of the more underrated guards in the nation averaging at least 20 points, five rebounds and five assists per game.

Before the NCAA tournament, Holloway was set for stardom, and then, one awful game against Marquette dampened his hopes.

Struggling against the taller, lengthier defense of Marquette, Holloway only scored five points on 1-of-8 shooting leading Xavier to a first-round loss.

One game certainly can’t blemish an entire productive season from Tu, but it sure doesn’t help his draft stock. 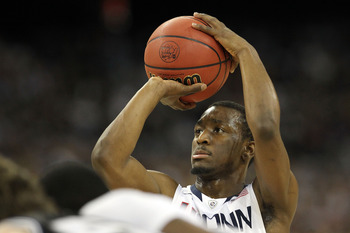 After taking the college basketball world by storm with his excellent play to begin the season, Kemba Walker’s draft stock can be seen as falling due to opposing defenses finally figuring him out.

He struggled to close out the regular season but then stepped it up big time in the postseason leading the UConn Huskies to a National Championship.

Standing at a generous 6’0”, Walker has the fire to succeed at the next level, but his small stature may be a hindrance for teams looking to take him early in the 2011 NBA draft. 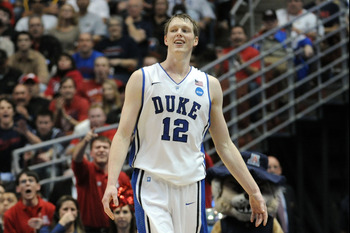 College basketball and its fans know who Kyle Singler is and exactly what he can do on the floor.

He uses his excellent basketball IQ to find an open shot and plays hard on every single play.

Singler returned to Duke for his senior season in hopes of repeating as national champions, but, unfortunately or fortunately, Duke didn’t go back-to-back, and now Singler is looking to take his talents to the NBA.

However, it’s not really Singler’s fault that his stock is dropping, but rather it’s because of the load of talented forwards expected to go before him. 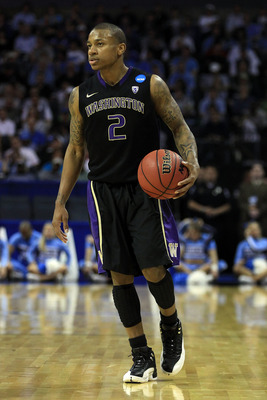 “I’m sorry to say it but I feel like it’s just at the right time for me to make this decision,” Thomas continued about entering the 2011 NBA draft.

Despite not hiring “an agent as of right now” as Thomas puts it, many scouts don’t believe he is polished enough to become an immediate star at the next level.

Though he lights up the scoreboard on any given night, Thomas needs more experience on the defensive side of the ball, causing his name to drop deep on mock draft boards. 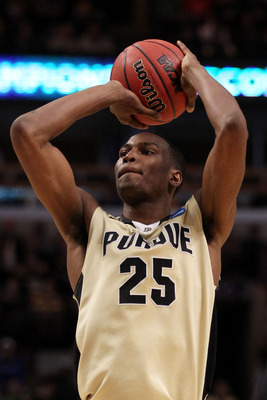 Coming off an All-American season at Purdue, one would expect to hear JuJuan Johnson’s name called fairly early in the 2011 NBA draft.

Unfortunately for him, he’s seen his draft stick plummet as of late due to his “tweener” status that doesn’t guarantee him any one spot at the next level.

While Johnson is a big guy, standing at 6’10”, 221 pounds, he doesn’t fit the mold for either forward position and doesn’t possess the brute strength as a center to guard the likes of Dwight Howard or Andrew Bynum.

With scouts already doubting his ability to progress at the next level, look for Johnson to make right of his late first-round selection. 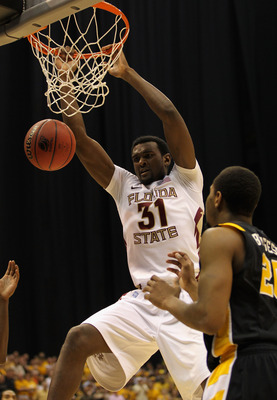 I’ve been know to send much praise Chris Singleton’s way.

After watching him play live the past three years, Singleton is hands down my favorite future NBA star, but it’s his offensive game that needs work if he wants to become a future legend.

Singleton is a stud on the defensive side of the ball: blocking shots, puling down a big board and even averaging two steals per game.

His offensive game does need work, however.

He was the leading scorer for Florida State in 2010, but that’s not saying much for the best defensive team in the nation.

Singleton will no doubt be a legitimate threat in the NBA, but if he wants to be an all-around athlete, he’ll need to work his offensive game to be just as great as he is defensively. 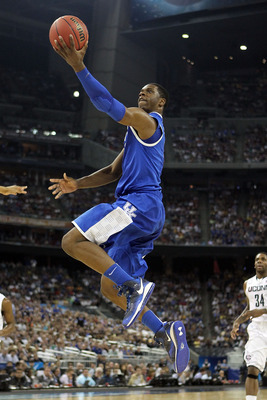 Kentucky made a great run in the 2010 NCAA tournament. Unfortunately, they didn’t get much production out of star freshman Terrence Jones.

While players like Brandon Knight and Josh Harrellson took off in this year’s tourney, Jones took a backseat to them with his inconsistent play.

Projected to be a top-10 pick earlier this year, Jones’ draft stock has taken a serious hit after his poor tourney performance when he didn’t score more than 12 points in any game.

While is rebounding and defense looked good this year, expect Jones to go somewhere in the mid-first round. 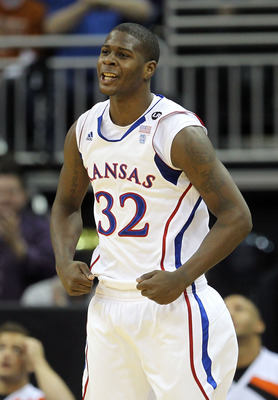 Starting his college career at Kansas off with a bang, Josh Selby impressed scouts with his flashy style and exciting game play, but that fizzled out as quickly as it came.

According to some scout’s opinion, Selby made a horrible decision entering the NBA draft after a freshman season where he didn’t notch a single double-digit game or hone his point guard skills for the next level.

His tournament play was even worse, averaging less than four points per game, and it’s safe to say that Josh Selby’s raw skills will make him a late first- or early second-round pick. 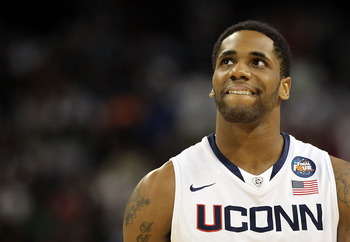 Despite the recent success of his team, Alex Oriakhi is subject to his draft stock dipping due to unusually low season averages.

Managing a little over six points per game and shooting under 35 percent from the floor, Oriakhi’s athletic frame should be producing more than what we’ve seen from the Connecticut forward.

With still plenty of time to develop in the college game, Oriakhi would be wise to choose returning to scool over the 2011 NBA draft for fear of being undrafted. 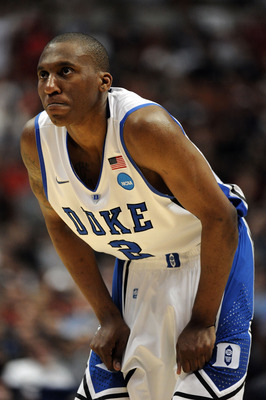 Before Kyrie Irving suffered a toe injury mid-way through Duke’s 2010 season, Nolan Smith was a non-factor offensively for the Blue Devils.

After the injury, Smith tore it up quickly becoming arguably the best guard in the nation.

Smith is an all-around player that uses his dribbling and off-ball skills to get the better of a defender, but it’s his durability that has been put into question.

After Irving returned for the NCAA tournament, Smith was again a non-factor which beckons the question: Will Nolan Smith be a successful NBA player when he’ll most likely be lost on the bench his first couple season. 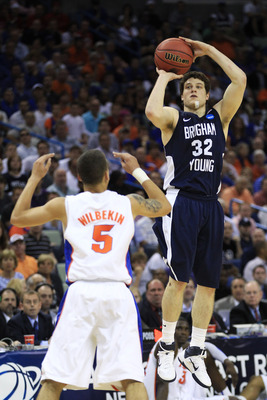 Jimmer Fredette made a name for himself in the college basketball world by being a lovable kid who can drain the deep three.

While NBA teams do put stock in the relationship fans have with their players, it’s not the most pressing issue, and that’s why Fredette will need to be more than just an endearing face for the fans.

Fredette dropped jaws with the range of his jumper and his ability to create a shot for himself, but as teams did more and more scouting on the sensation out of BYU, his flaws were also being exposed more and more.

When pressured, it seemed like Jimmer would jack up a bad shot from all over the court, making a double-team more likely to come his way.

Being the x-factor on a Cougar squad that made a deep run in the NCAA tourney, Fredette couldbe far from a top-10 selection and may find himself as a late first-round pick. 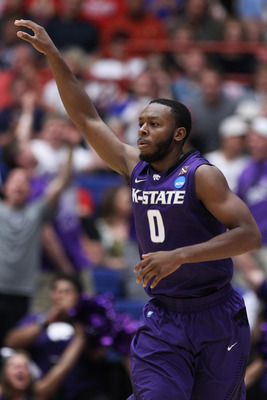 Playing in his senior season, Pullen could have improved his draft stock if he really took hold of the point guard position, but he failed to do so as his inconsistencies and foul trouble prevented him from taking his game to the next level.

If he can't run the point, he may be better off at the other guard position, but it certainly won't bode well for an early first-round selection. 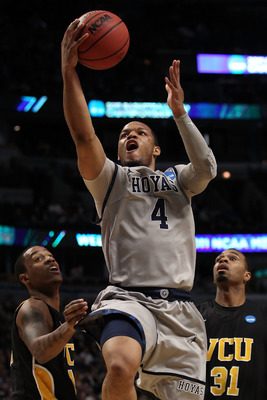 With Georgetown’s struggles a hot topic in the Big East; Chris Wright’s struggles go hand-in-hand with his team's.

In Georgetown’s losses, Wright managed above-average turnovers and his shot was off almost the entire year.

Because of his off shot, he was used as more of a passer in Georgetown’s offense, something not too appealing for NBA franchises.