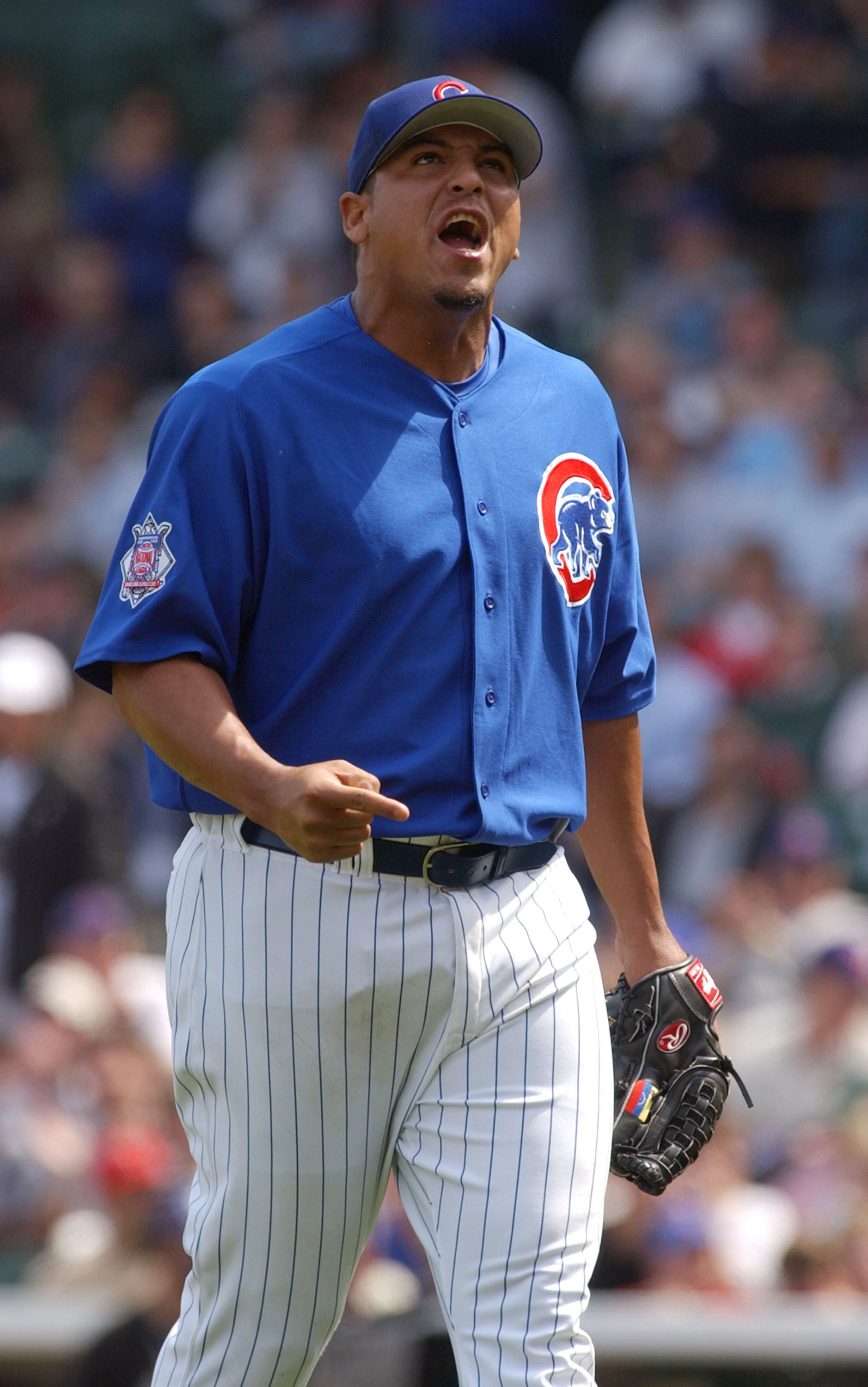 MLB players are highly looked up to for many different reasons.  They have the longest season of any major sport, and baseball is a very international game. There are players, such as Roy Halladay, who have garnered the respect of fans, players and coaches throughout their career.

Then there are the other guys.  This article focuses on the guys who have been known to create problems, be cocky and overall disliked in baseball.

Here is a list of the top 25 most hated players in the MLB today. 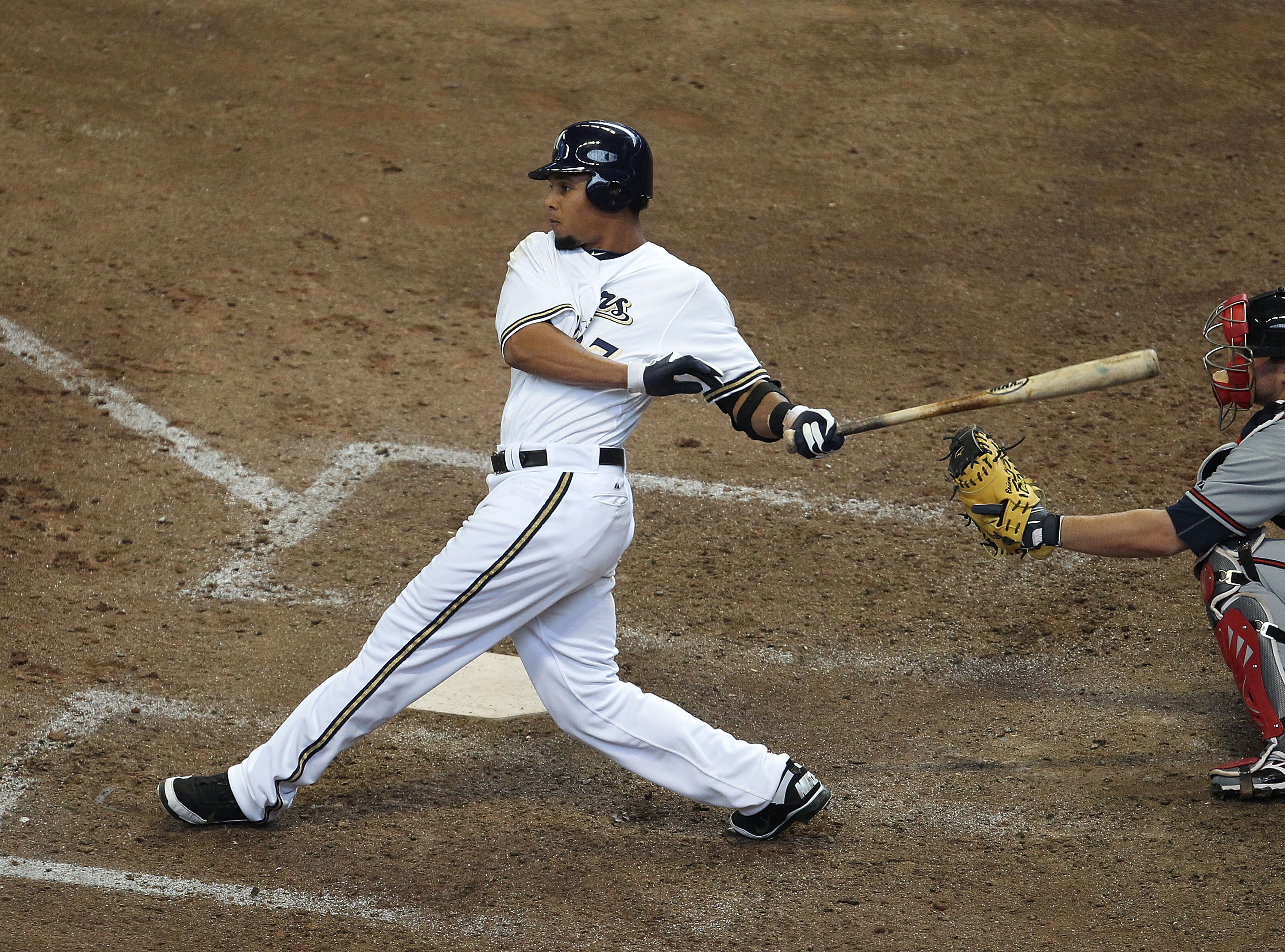 Carlos Gomez looked to have a very promising career ahead of him when he began playing.  He was one of the fastest players in the game and was regarded as being a five tool player.

Gomez quickly became known for his attitude however.  He is said to be extremely cocky and extremely arrogant.  He starts fights and is not afraid to express his feelings to players, coaches, umpires, etc.

During his time with the Minnesota Twins, manager Ron Gardenhire told the media that he could not stand Carlos Gomez. 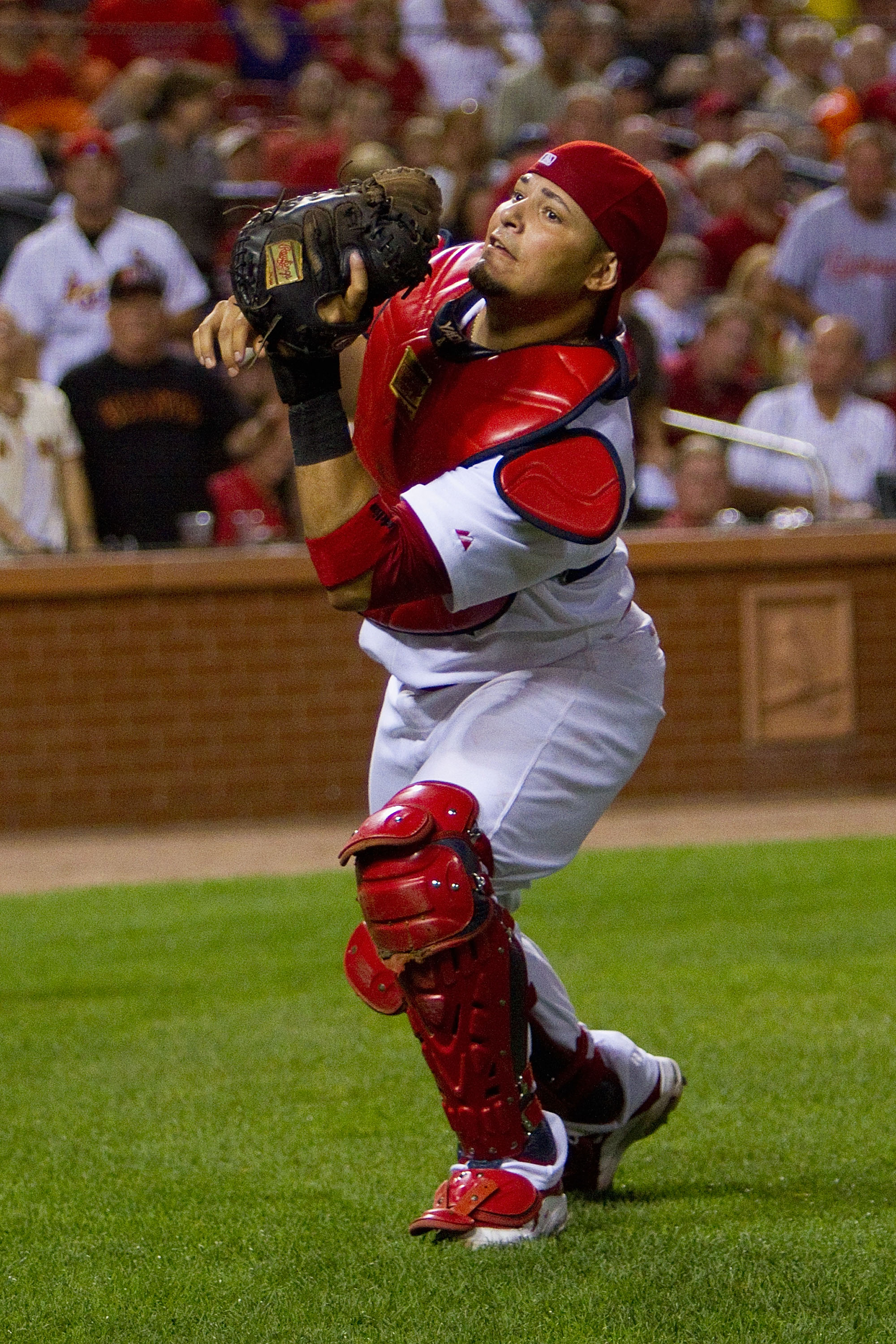 Yadi barely makes this list, but he does simply because fans do not like him because he has a tendancy to overreact.

We may never know what exactly Brandon Phillips said to Yadi when he tapped him on the shinguard, but it caused Yadi to stand up, spit in Phillips' face, and a brawl broke out before the first pitch was even thrown. 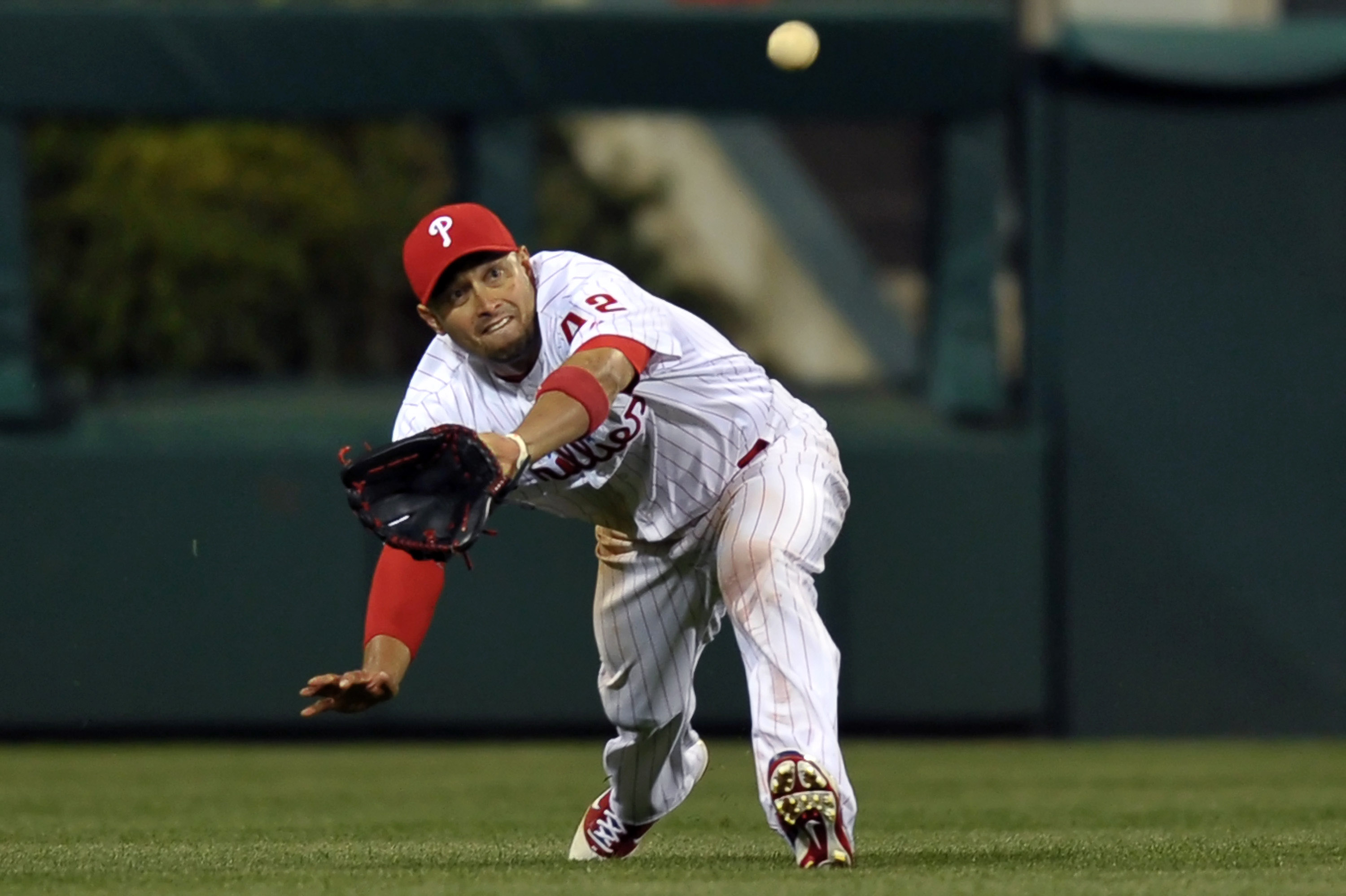 Victorino gets on this list because many people who are not Phillies fans do not like him.  He can be somewhat self centered based on his speed and the success he has had so far in his career.

Victorino also barely makes this list, but because so many fans outside of Philly do not like him, he earns a spot low on the list. 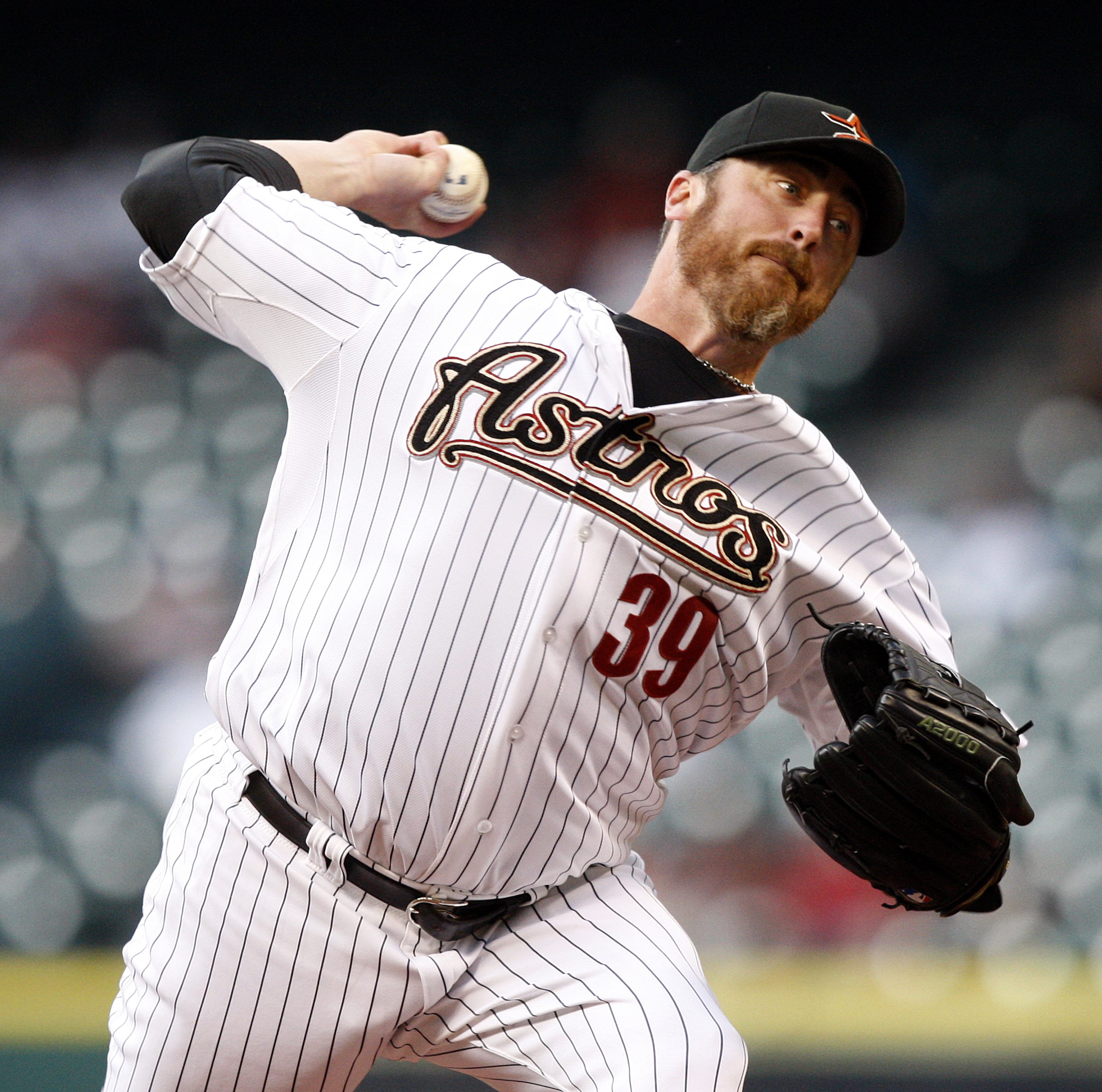 Threatened reporters, talks trash, beat his wife, what more do we need to say?

Myers is low on this list because he has been fairly quiet since leaving the Phillies, but his past still follows him around. 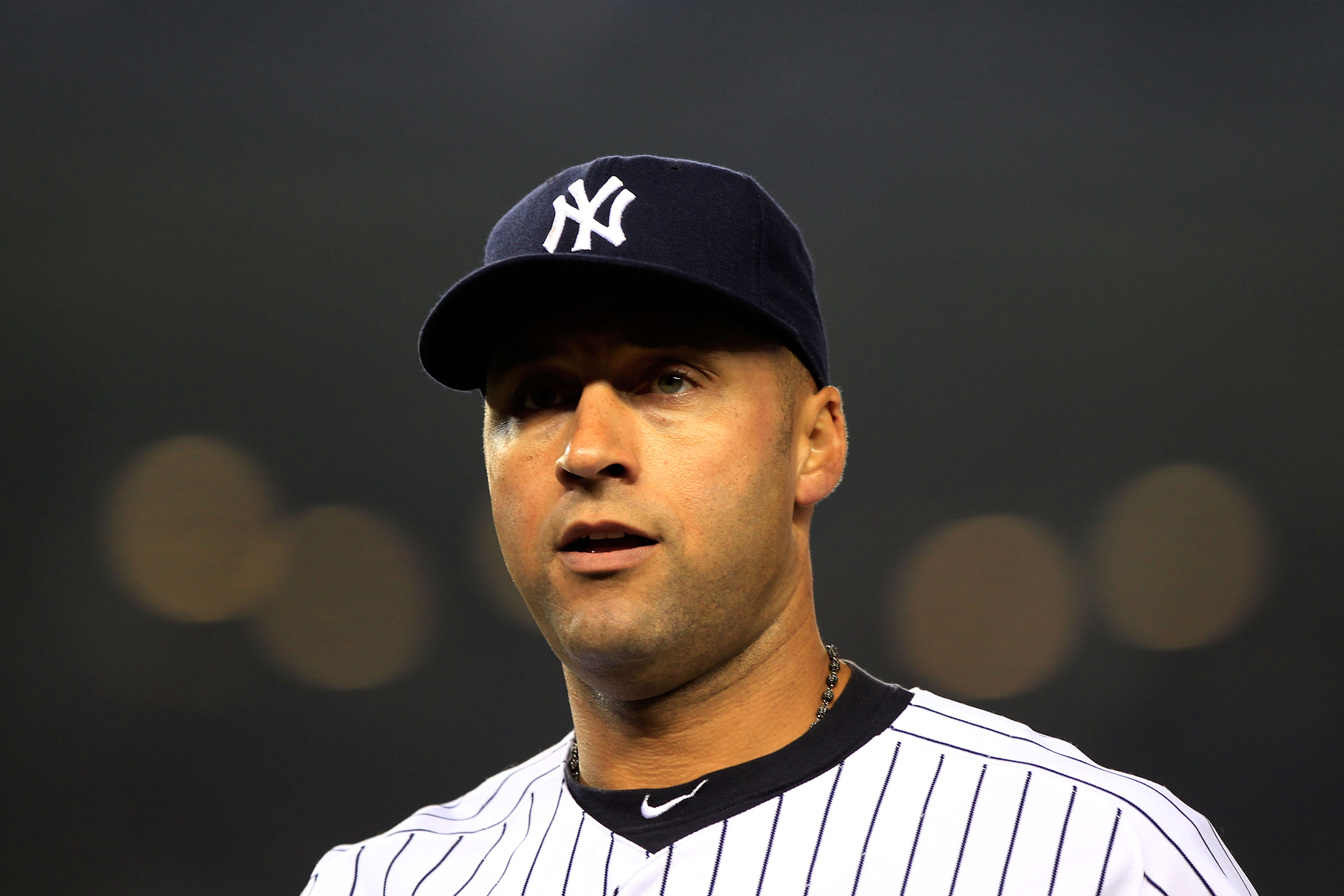 I hate to include Jeter on this list, but the truth is that Jeter is a love/hate kind of player.  Outside of New York, Jeter is disliked by many fans.

However, he also deserves to be very low on the list. 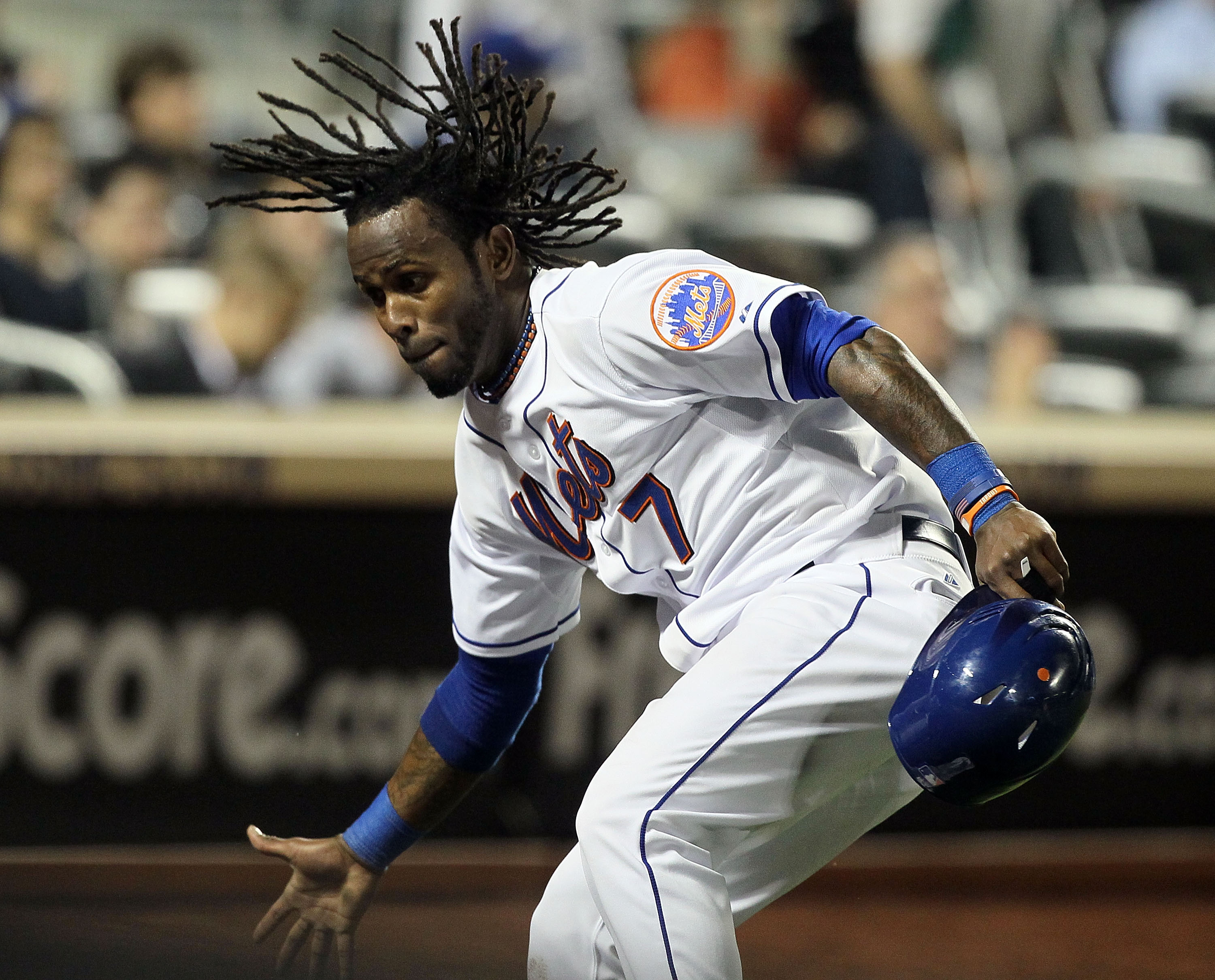 Reyes is one of the top shortstops in the game when healthy, but he also has a horrible attitude.

Reyes has been known for ridiculous celebrations and on-field antics that have made him a very disliked person among fans.  Reyes is one of the guys who would hit a home run with his team down 10-0 in the eighth inning and stand at home plate and wait until it lands to begin his trot around the bases. 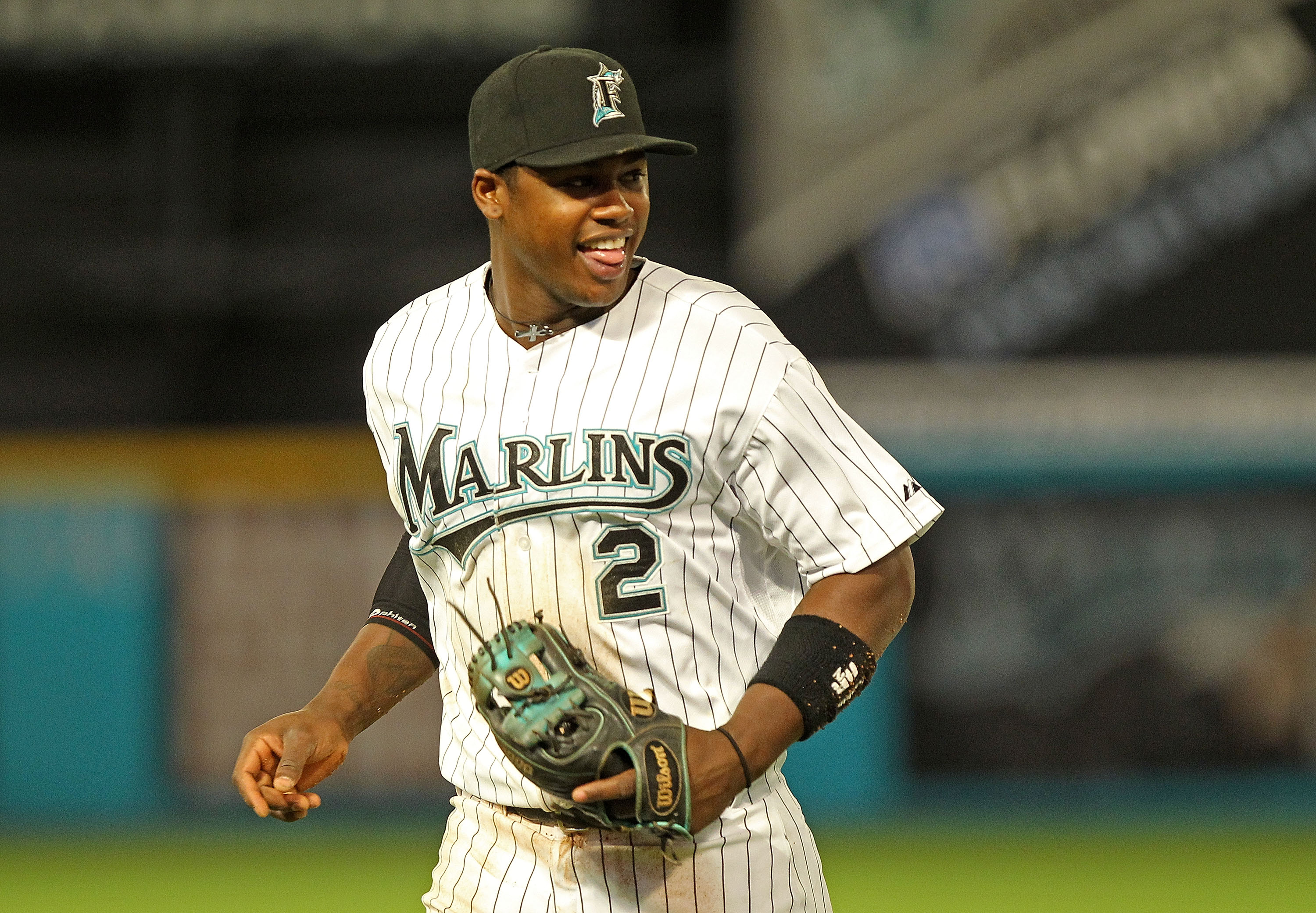 He is considered to be the top shortstop in the game but can also be one of the laziest because of his attitude.  He believes he is the best, and playing on a team like Florida does not help this fact.

Everything has to be about Hanley, and fans have not taken kindly to this over the years. 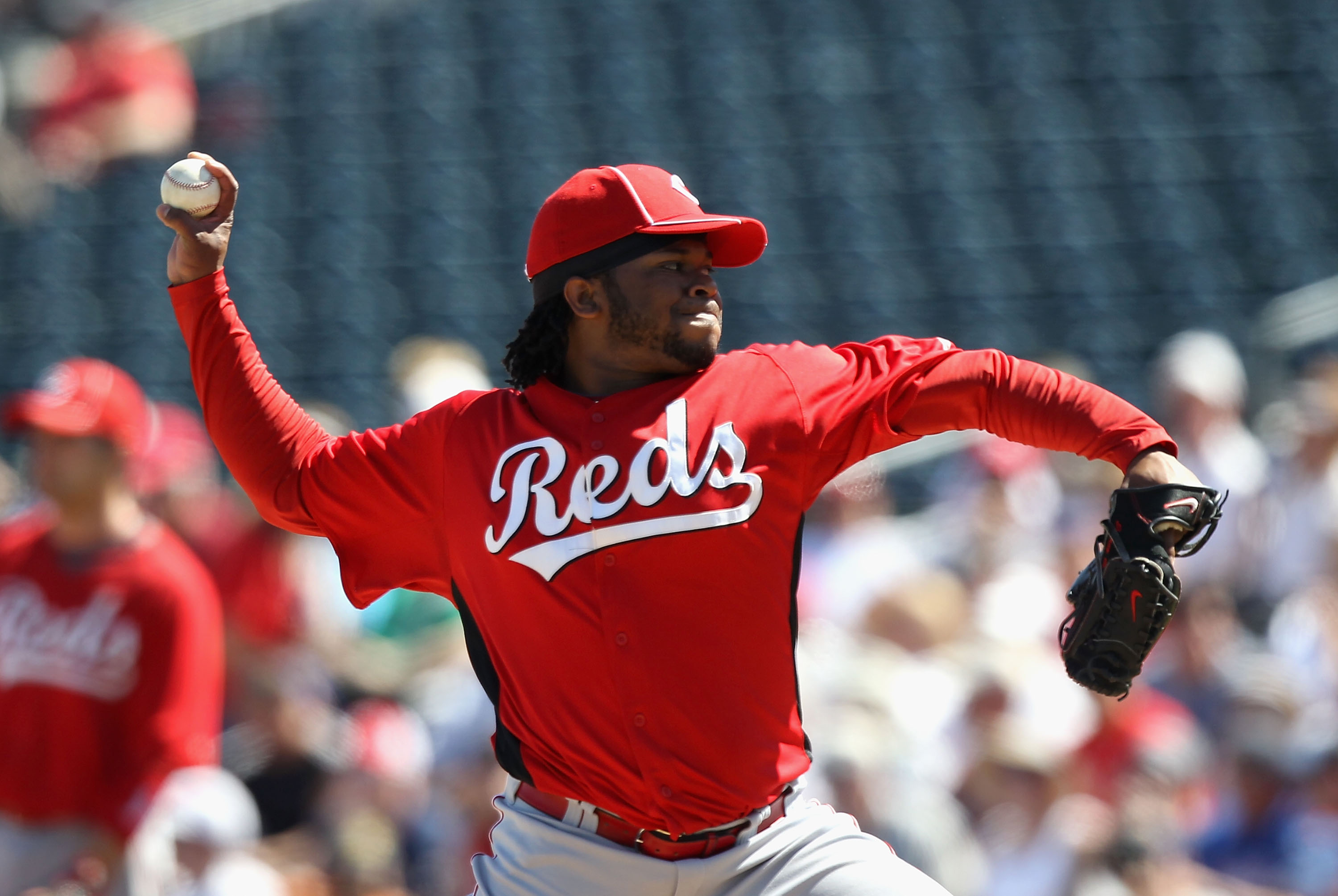 Cueto definitely lost some brownie points when he kicked two Cardinals in the face during a brawl in 2010. 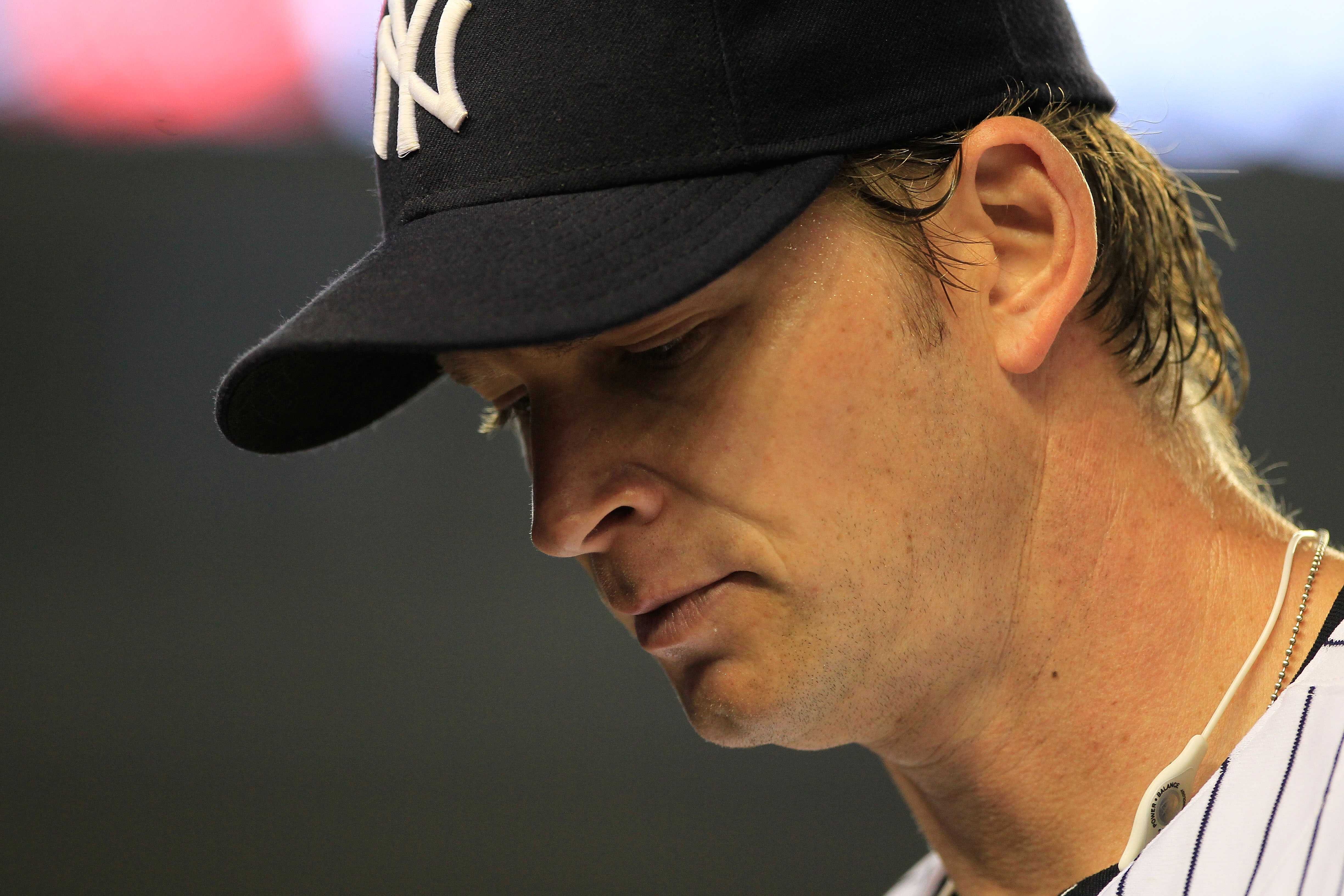 Burnett has never had any real good impressions with the fans of the teams that he has played for.  He always seems to underperform unless he is in a contract year.

Twice he has left teams in order to make more money which never leaves fans with a good feeling. 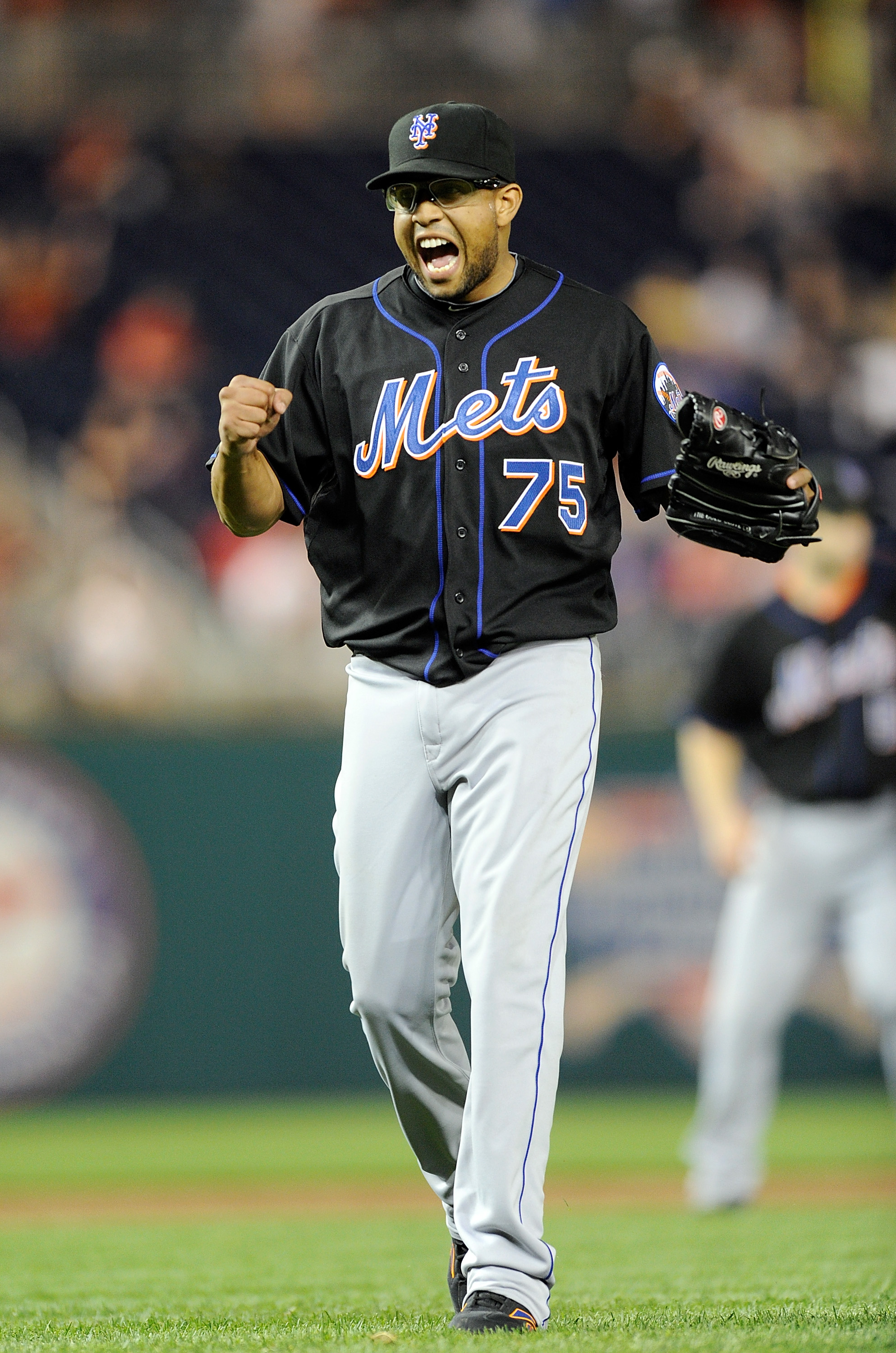 "K-Rod" could arguably be even higher on this list.  He is a very good closer, but he also is very immature.

He is well-known for his "celebrations" on the field.  When he saves a game, you would think he just won the World Series, and when he blows a save, he pouts and acts like a child who was told he couldn't get ice cream.

Oh, and to add to his on-field issues, he was arrested last year for assaulting his girlfriend's father. 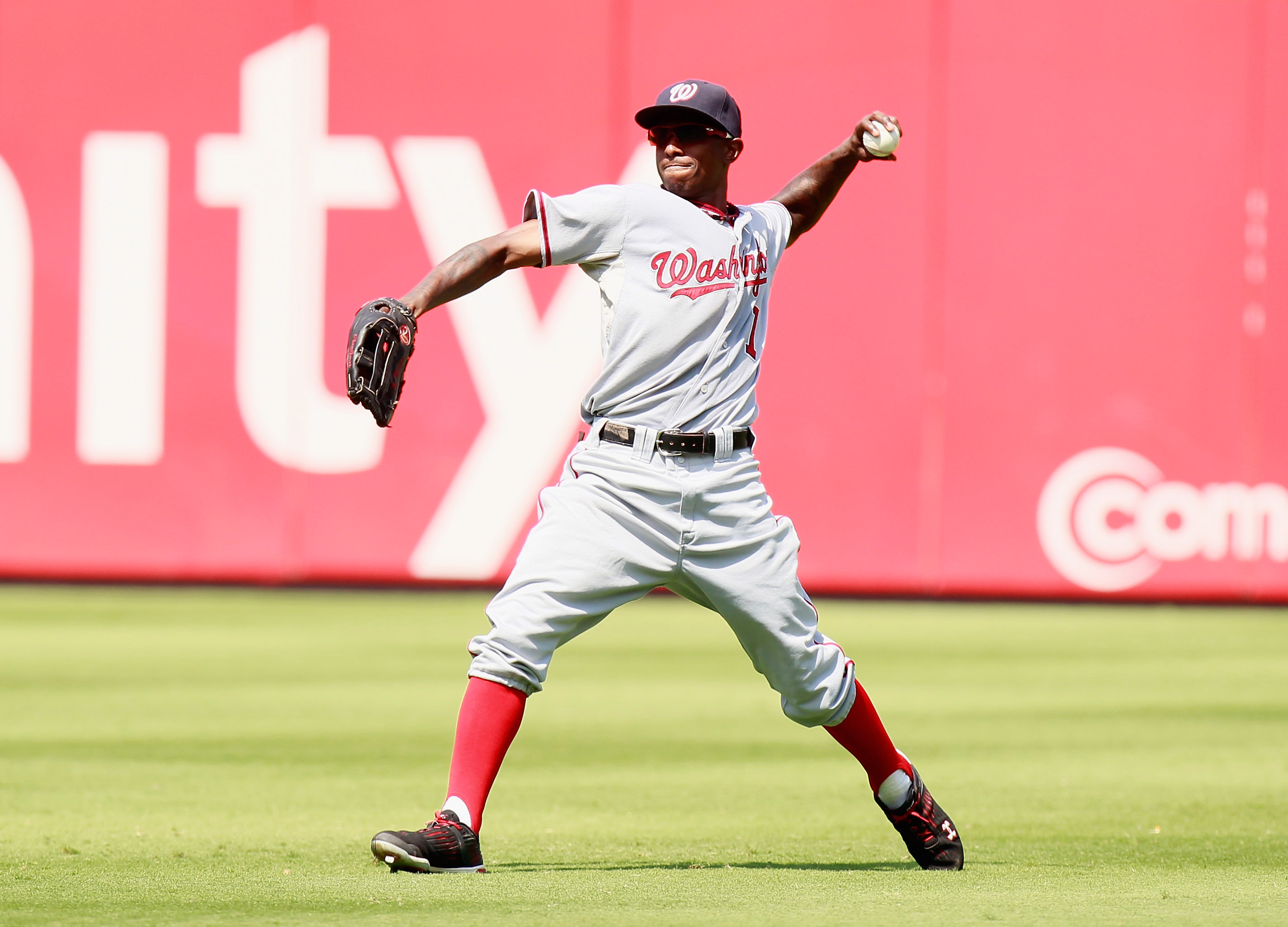 Nyjer can be a very talented athlete and has tremendous speed.  However, his awful attitude often gets the better of him.

During a game last season, Morgan threw a ball at a fan in the stands. He was suspended seven games for the incident, but after an appeal, he was cleared.  Later in the year, he promplty ran over Marlins catcher Brett Hayes, seperating his shoulder.

After the Marlins threw at him the next game, he charged the mound, this time resulting in an eight-game suspension. 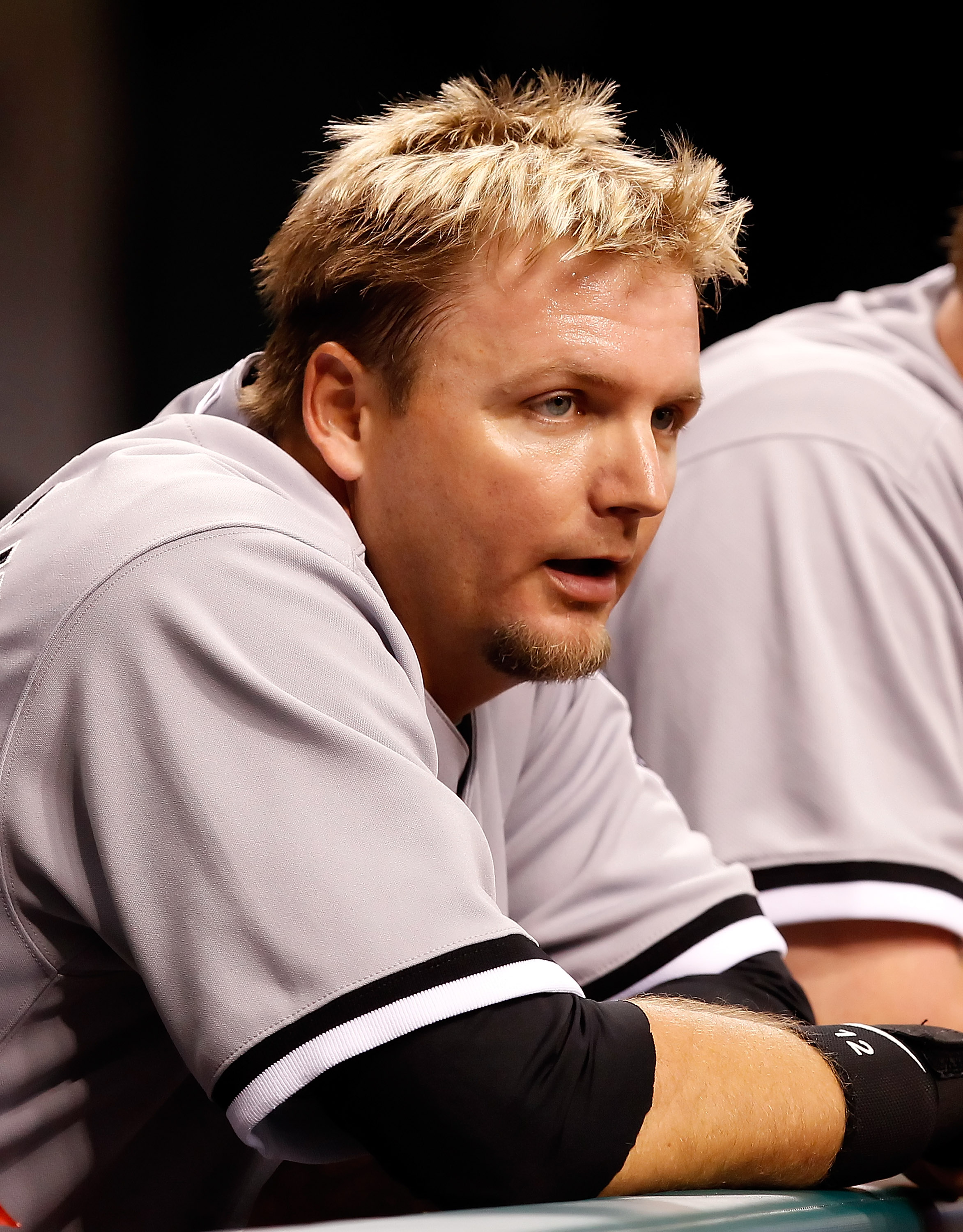 Pierzynski talks a lot of trash, starts fights and believes he is the best.  Fans, players, and coaches all share a hatred for this guy.

He could be much higher on this list, but he has been pretty quiet recently and fans seem to be letting him slide somewhat. 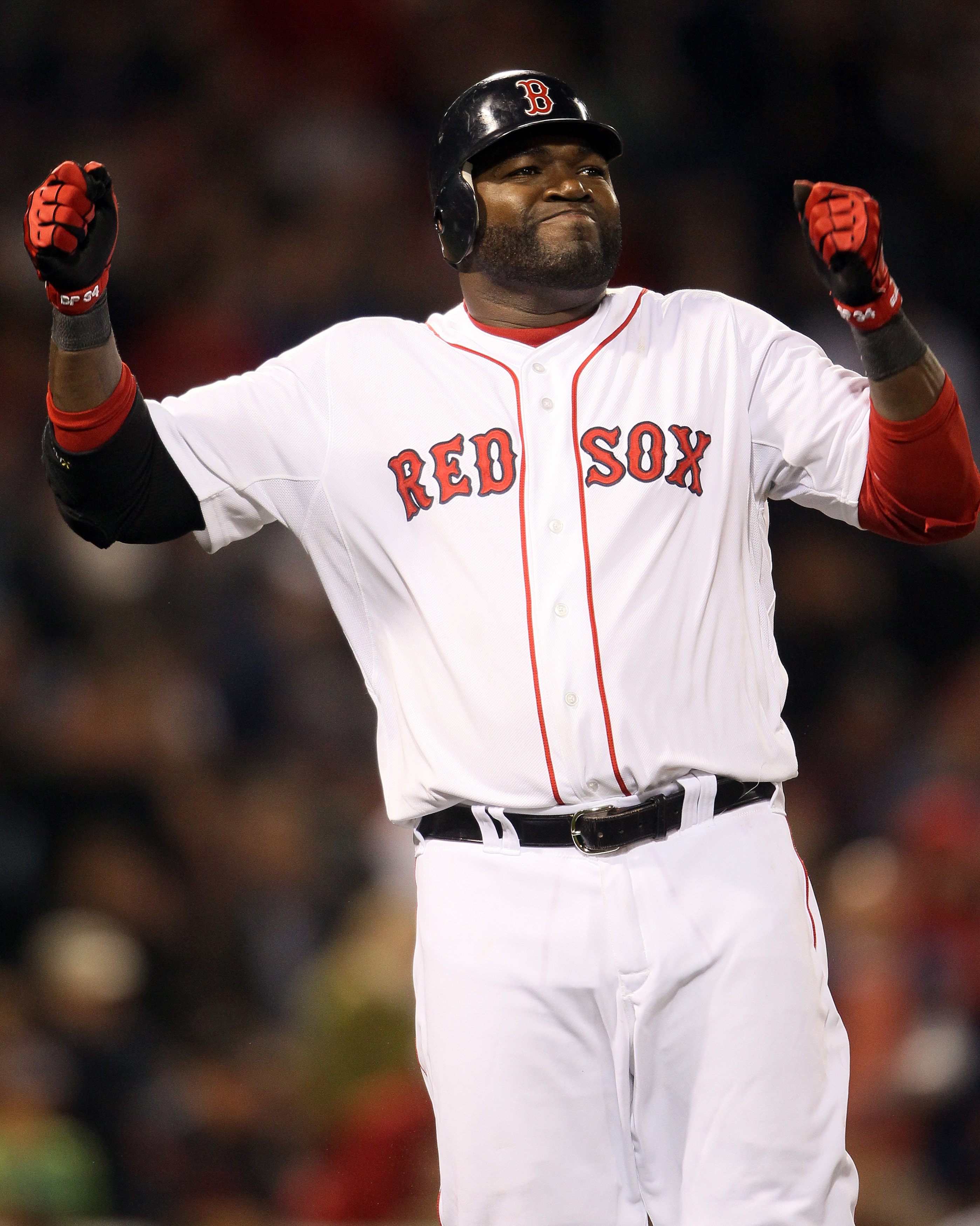 I hate to include Big Papi on this list, but he does belong here.

After becoming a hero for Boston during the 2004 postseason, fans turned on him after his struggles at the plate.  In 2009, fans also found out that he was on the Mitchell Report for testing positive for steroid use.

This, combined with thoughts of him being lazy, have led to fans turning on him as of late. 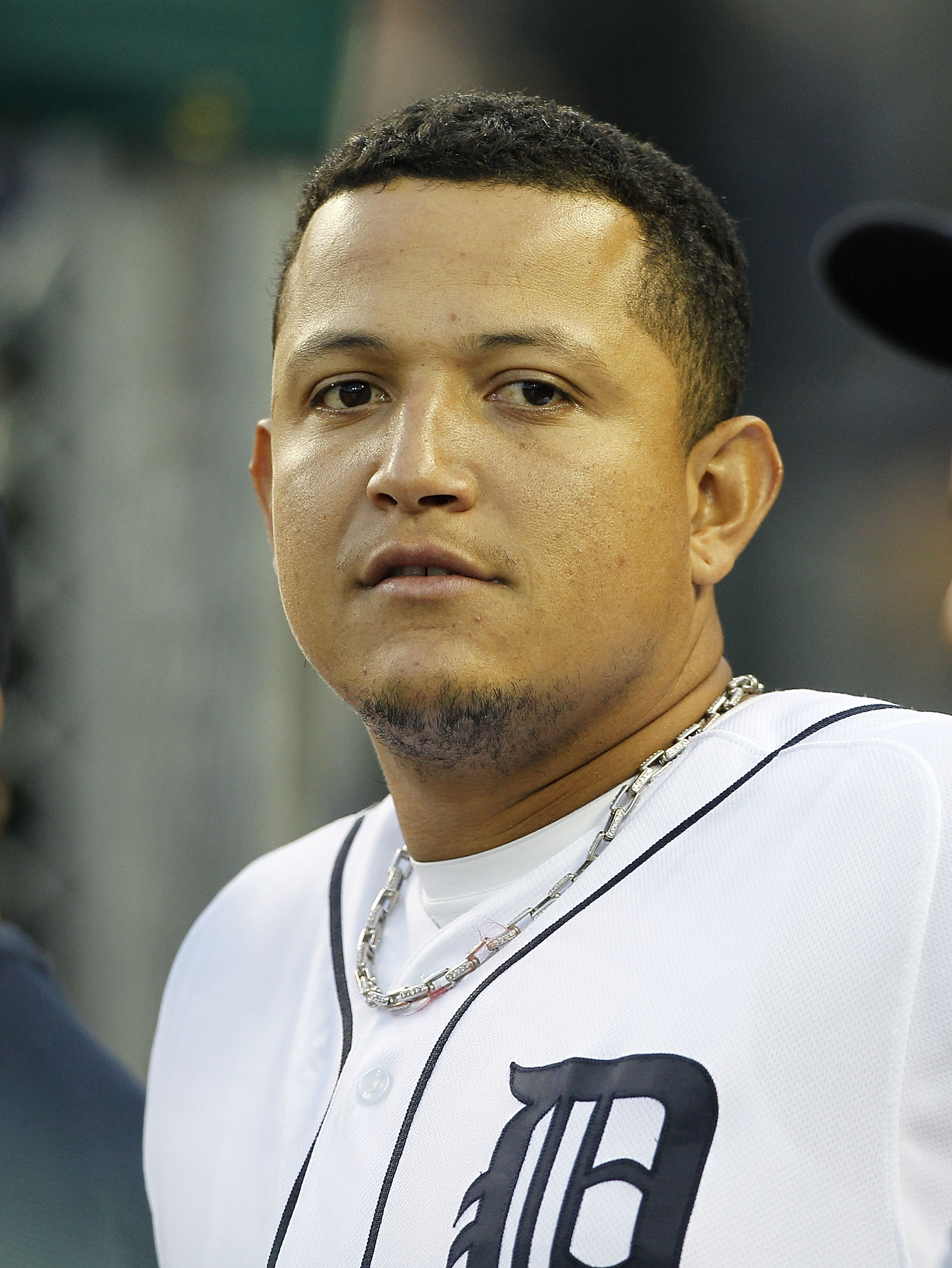 Cabrera landed himself a spot on this list after being arrested for DUI earlier this year. 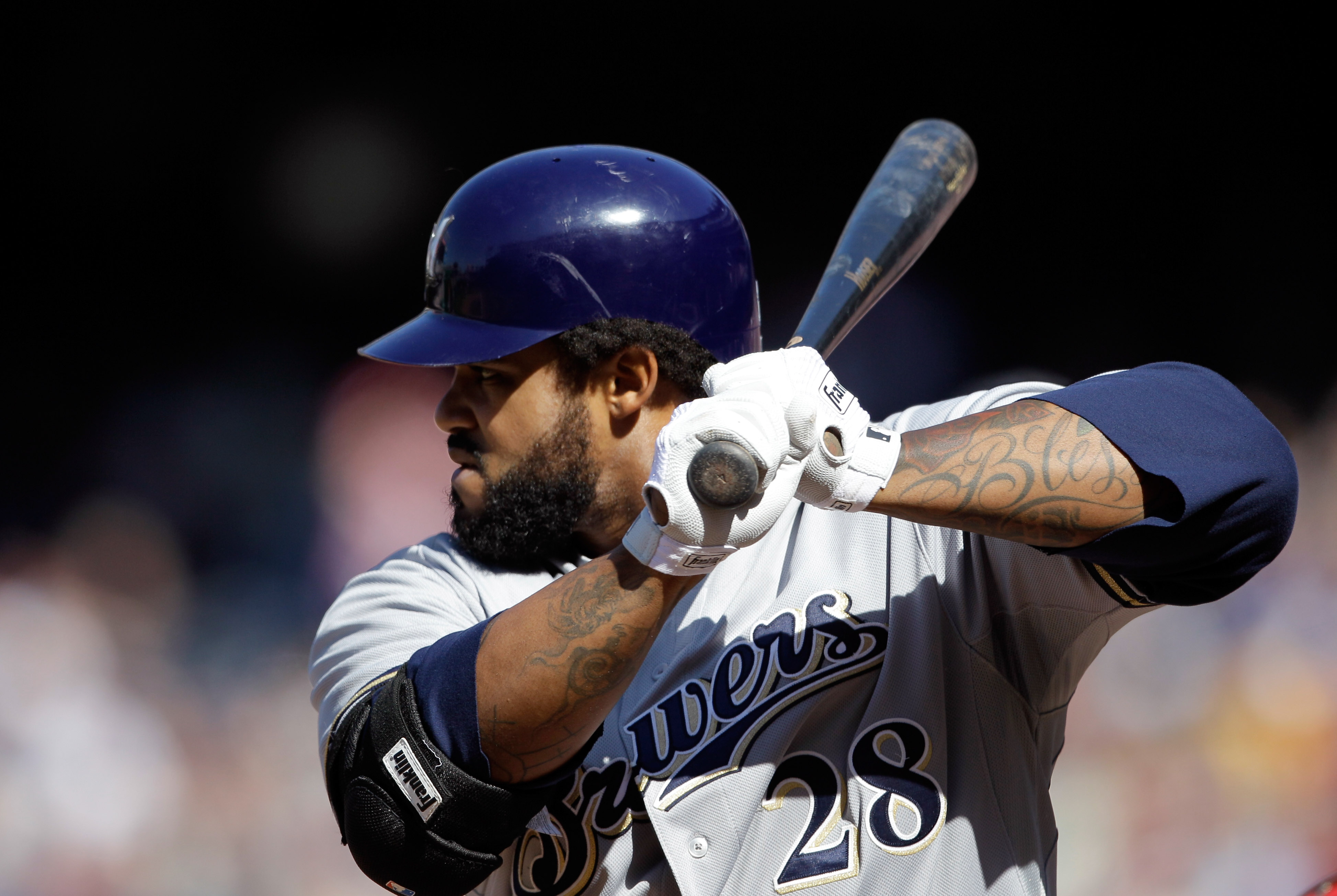 Fielder is a putting together a very nice career on the field, but his motivation and his drive have caused fans to dislike him.

Prince and his father Cecil have a very tense relationship with each other.  Prince has said before that he wants to accomplish goals in his career, so he can shut up his father.

This attitude has caused him to be greedy and often times fight with his teammates. 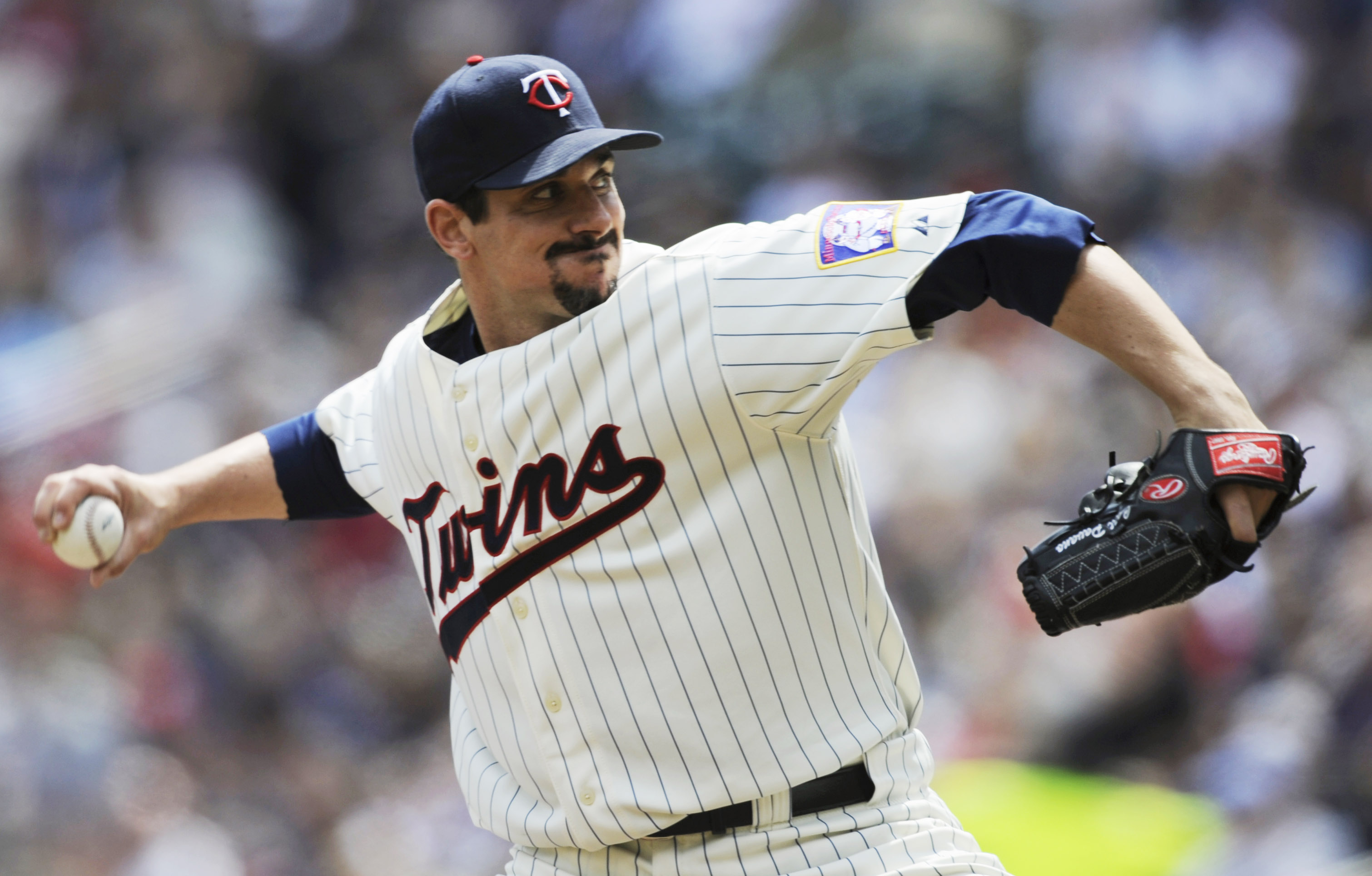 No it is not because of the stache.

Pavano has always been concerned only with money over his career.  He is very cocky and has been on the DL a lot throughout his career.

He dates models and actresses for money and is only concerned with himself.  It is this attitude that has brought on hatred from fans. 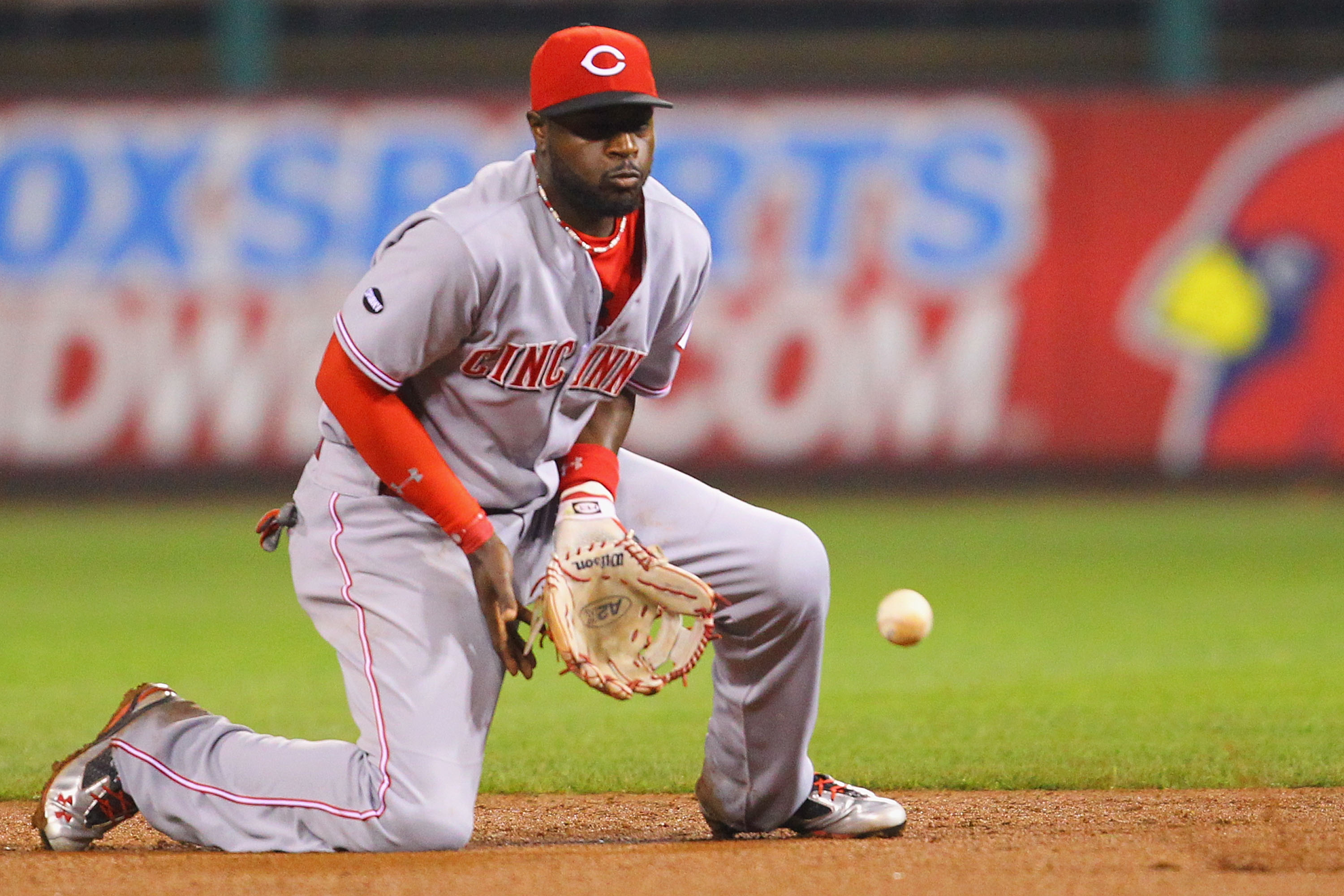 Phillips thinks very highly upon himself and has been known to be quite a pain for his teammates.

He also is a huge instigator.  One of the best examples of this is when he openly expressed his opinion about the St. Louis Cardinals, using profanities to described the team and the city.

The next day, to lead off the game, he tapped catcher Yadier Molina on the shinguard and a brawl broke out.  Phillips' immature attitude has caused fans to hate him. 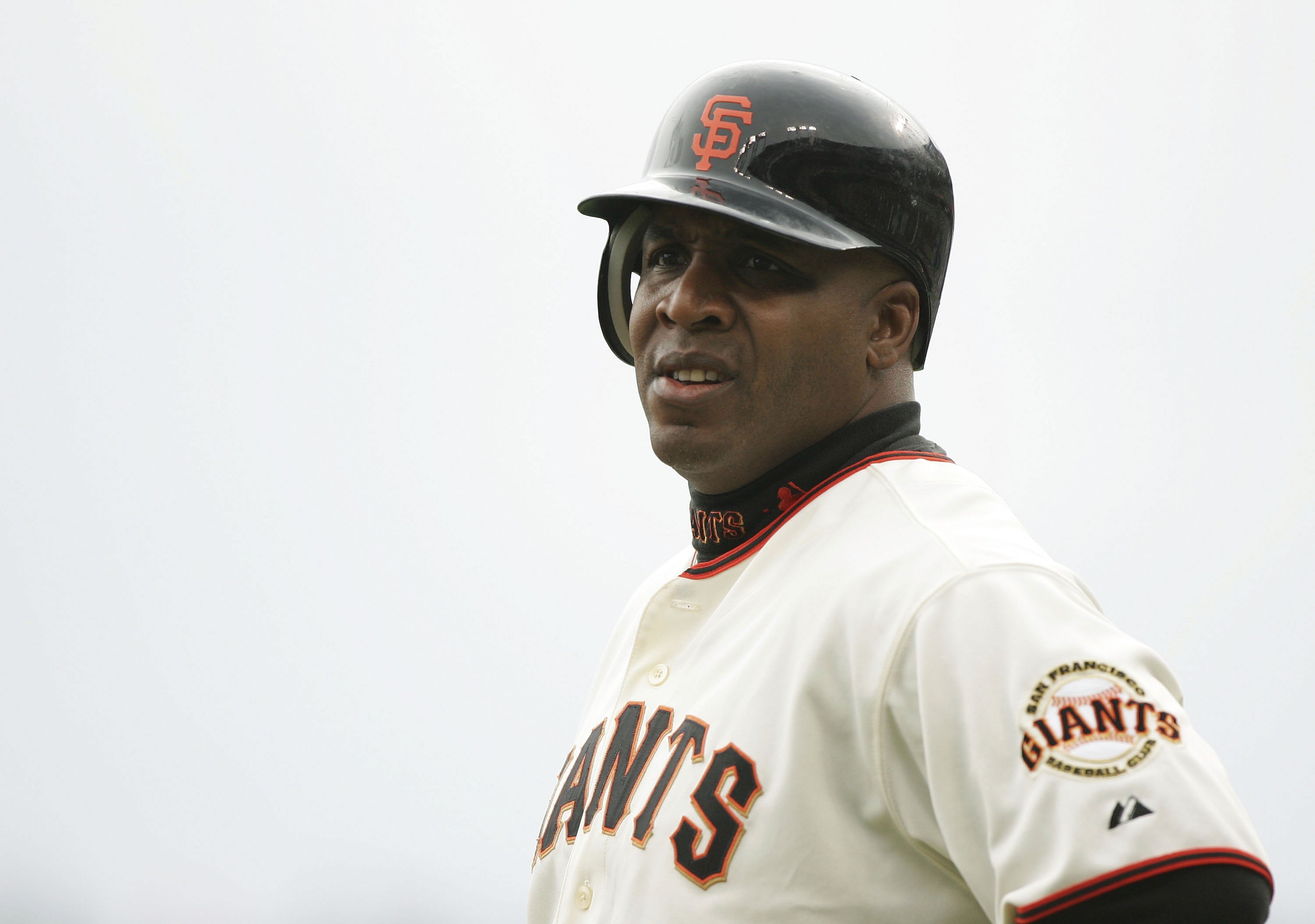 Bonds had fans begin to hate him when he was still playing.  Fans hated him because of the steroid allegations and the tainted chase to catch Hank Aaron.

Teammates hated him because he often started arguments in the dugout and in the clubhouse.  Now he is hated even more because of his perjury issues with the Supreme Court and steroids.

Bonds will forever be known as one of the most hated players in baseball. 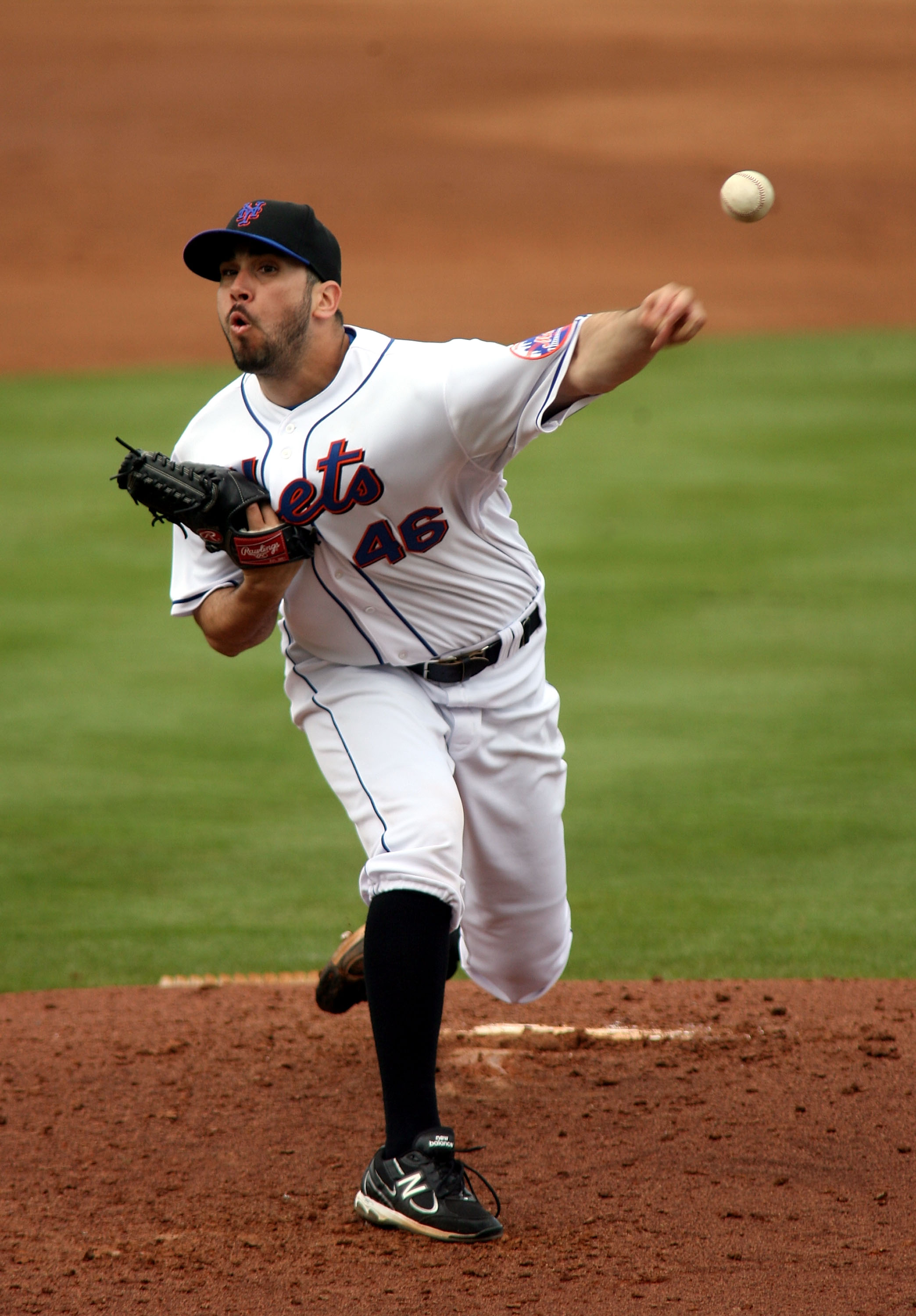 Perez is one of the most hated men alive in Queens.

When Perez is healthy and pitching, he walks guys left and right.  When he is "unhealthy," he somehow lands a spot on the DL.  He also refuses to be sent down to the minor leagues.

He has averaged an ERA of 6.81 over the past two seasons and has many Mets fans wondering how he is even on the active roster. 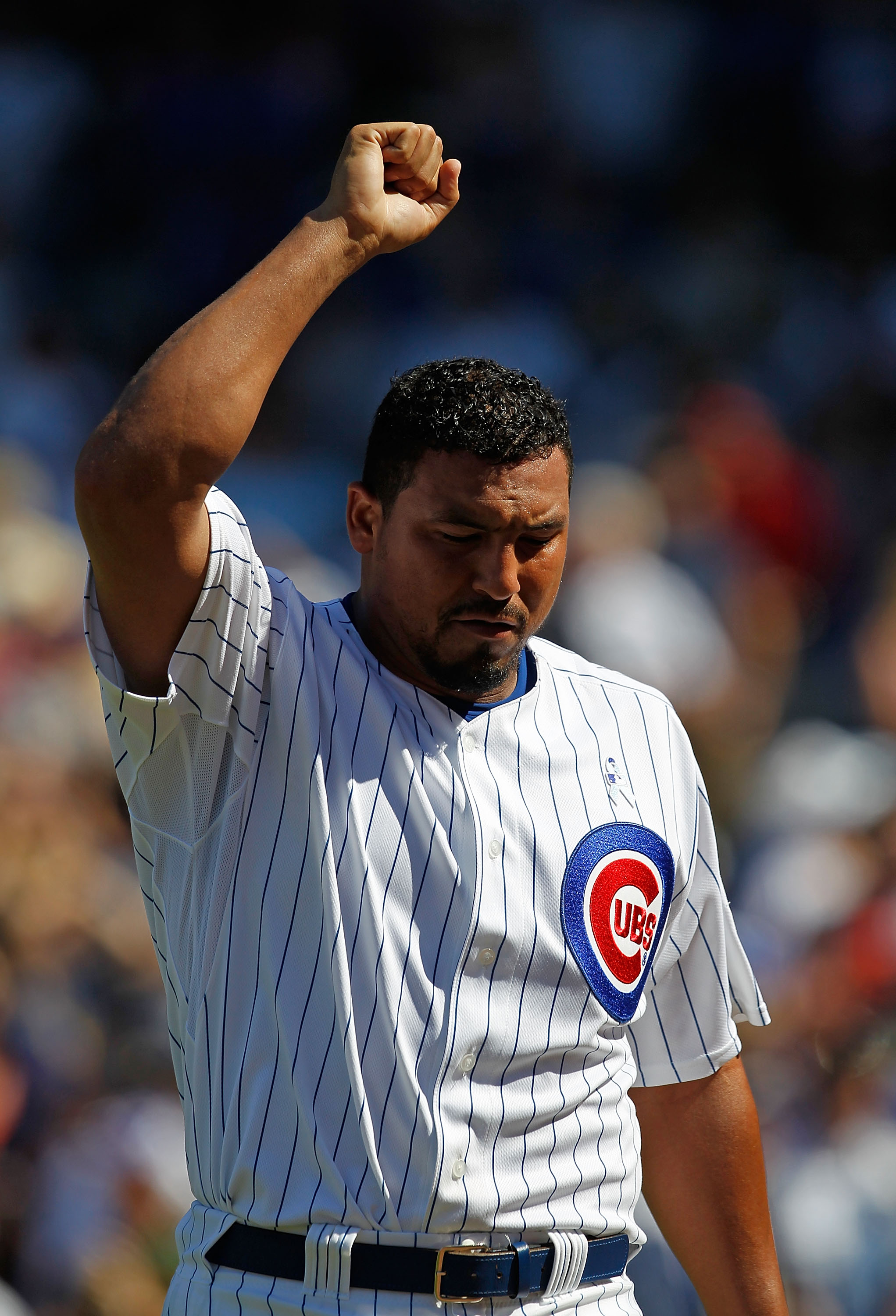 El Toro has earned a reputation for having a horrible temper.  He lashes out at teammates in the dugout, fights in the dugout, breaks water coolers, screams in the clubhouse, but yet he still manages to get people out.

He never turned into the brilliant pitcher he was once thought to be, but unfortunately for Cubs fans, he will stay in the majors as long as he is still getting people out. 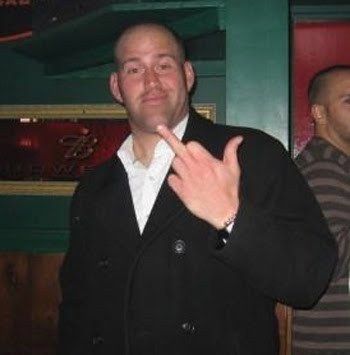 It is a shame to have to include Youkilis on this list, but he is hated by many people.  He is a very passionate player and has an intense desire to win.

He often goes hard into home plate when trying to score on close plays and plays "dirty" to some people.  His off-field anger adds to fans hatred towards him as well. 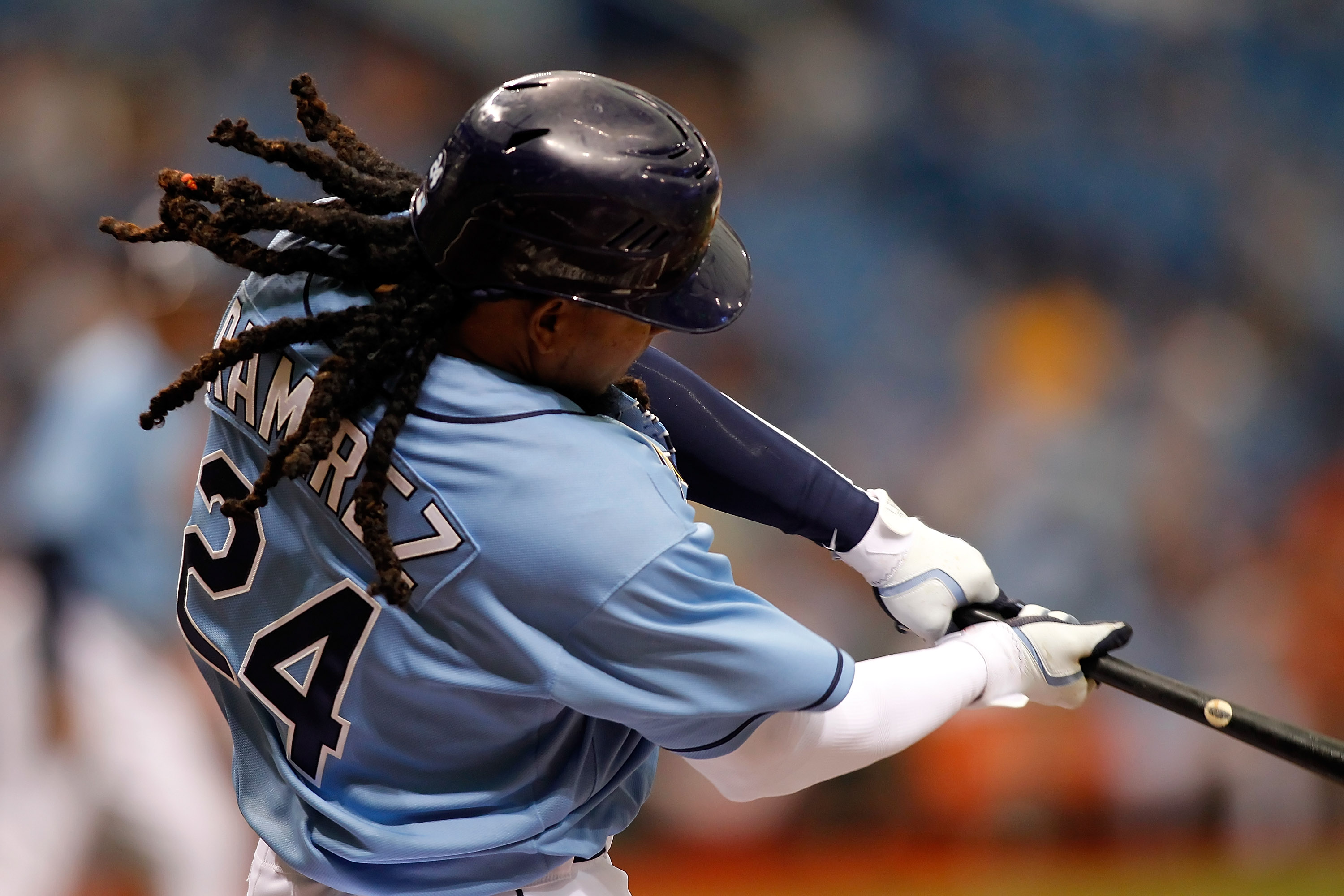 I am just going to include Manny on this list because he was around when the season started.

Manny is hated by many fans because of his laziness in the field.  While he could be included on the list of the greatest hitters in the game, he put absolutely no effort in on defense which annoyed fans to the max.

He also has tested positive for PED's twice now which has caused fans to hate him even more. 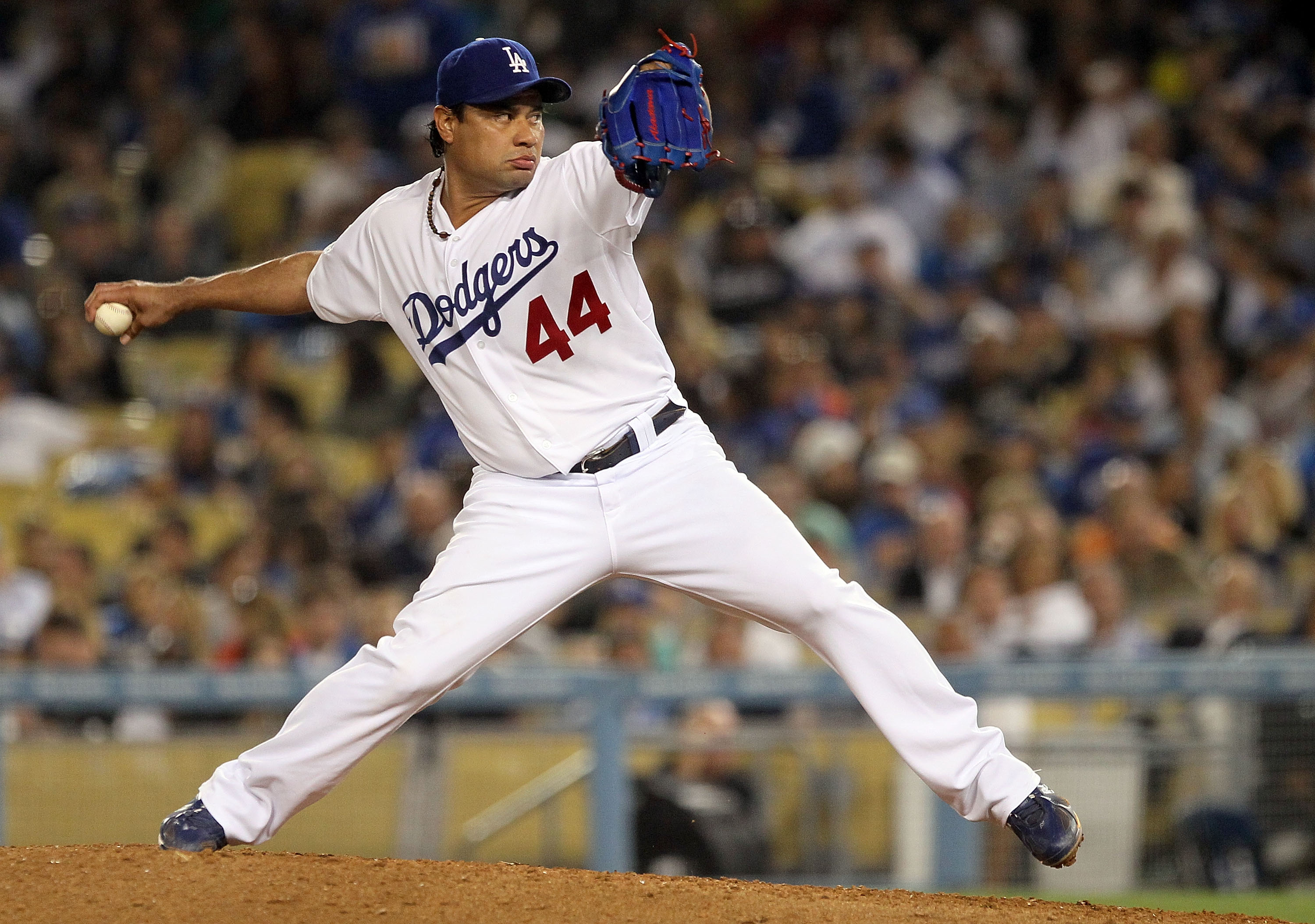 Padilla is quietly hated around the league by fans and players alike.  Padilla has been well known to be a head hunter on the mound.

If something doesn't go his way, he retaliates by drilling batters.  He fights in the clubhouse and has been disliked by many teammates. 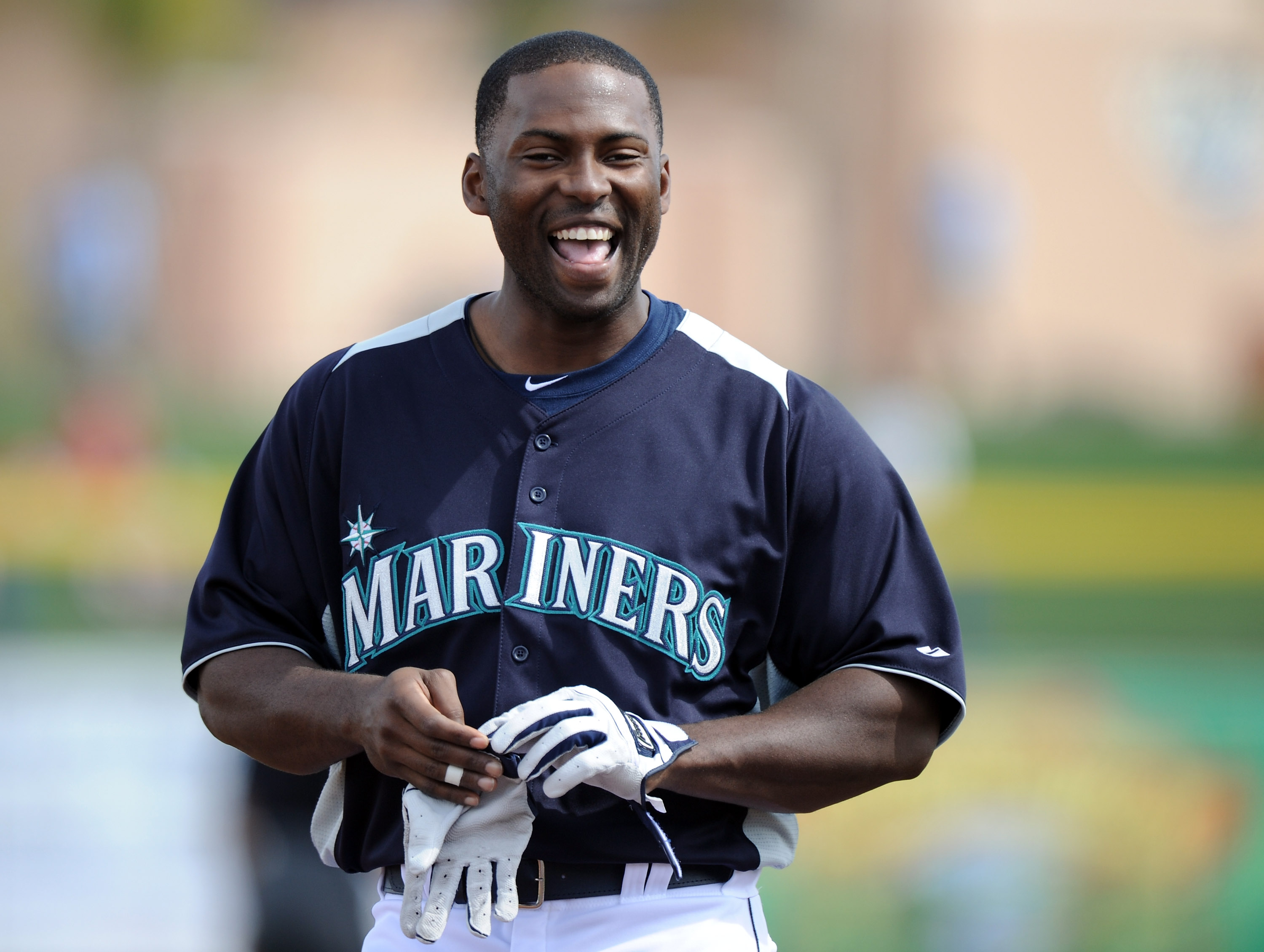 Bradley has by far the worst temper in baseball.

He has been suspended several times for several different reasons.  He breaks things in the clubhouse and will fight with anyone.

During his time with the Cubs, he was suspended for the remainder of the season for his fits and was later traded to the Mariners.

Many people believe Bradley may be truly insane.  He has been reportedly suicidal and this has caused his emotions to rage up even more.

Bradley is hated by nearly everyone in baseball but still does not top the list. 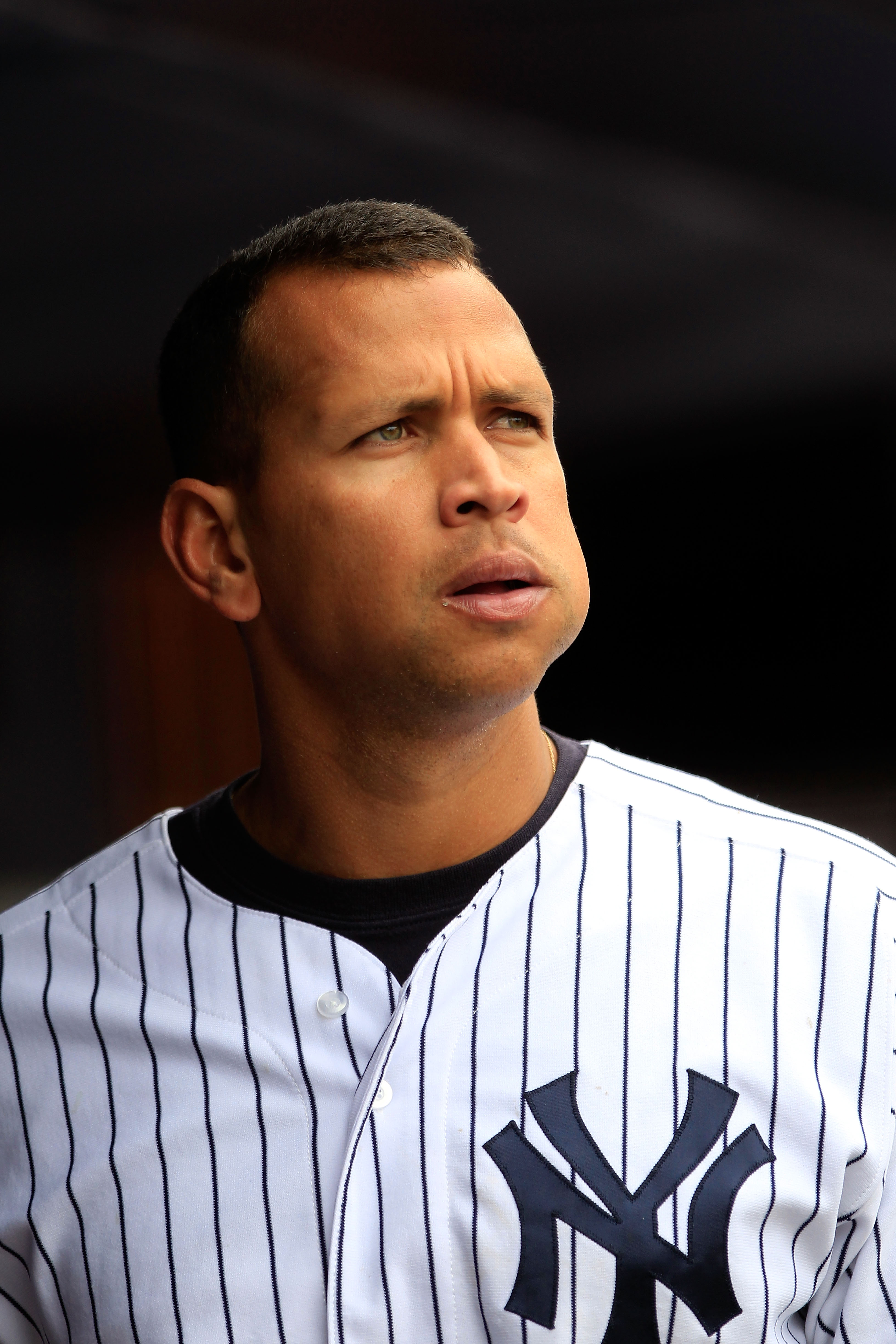 A-Rod is easily the most disliked player in baseball.

He is a cocky player, the center of steroid discussions and has troubles with his personal life.  Teams have often struggled to win when he is on the team because he is the center of many stories.

Fans have often criticized him for all these reasons, and over his career, he has become the most hated player in baseball.