2011 NBA Mock Draft: Breaking Down the Entire First Round 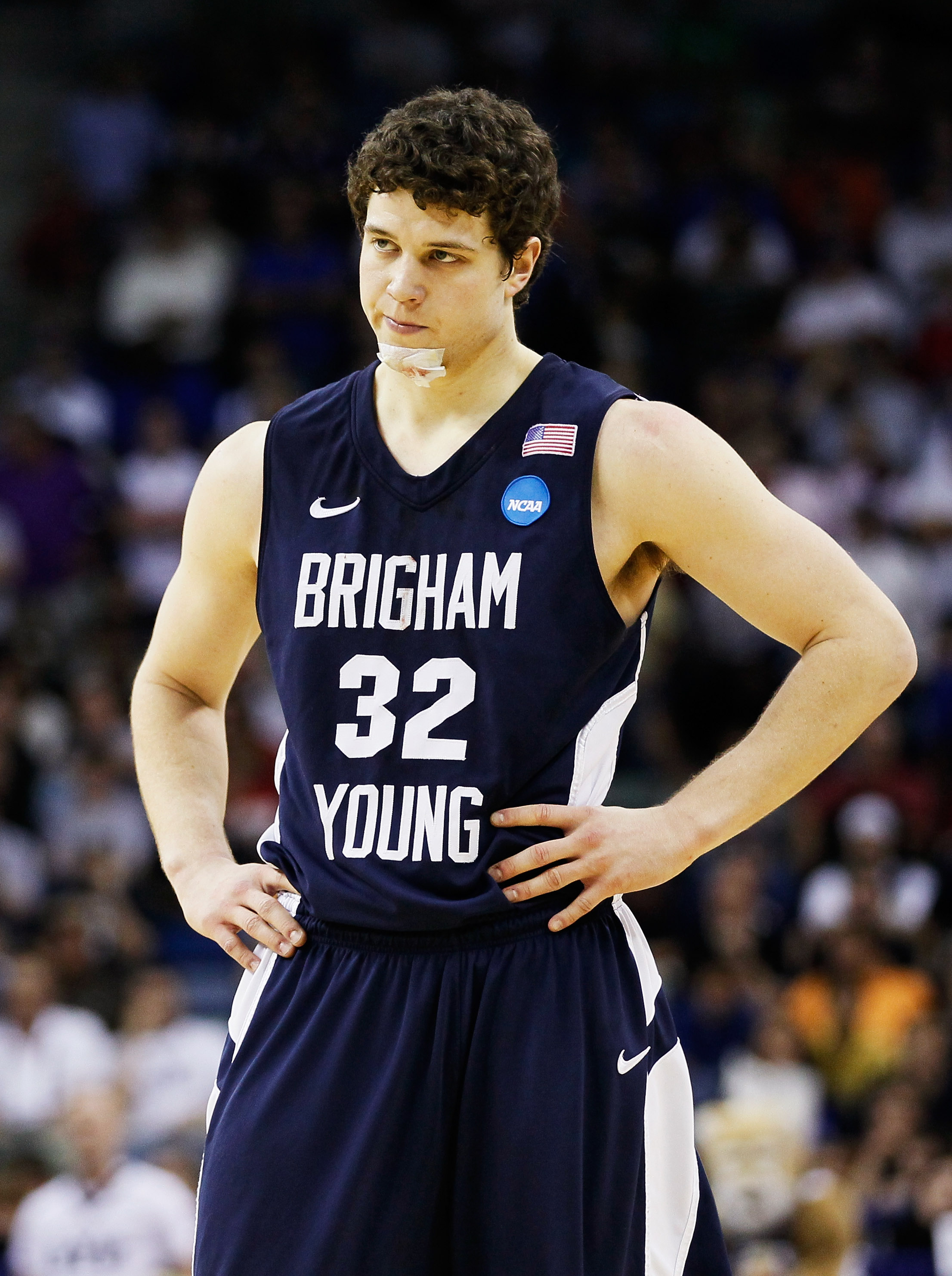 With the 2011 NCAA tournament and college basketball season almost in the books, it is time to talk about where these players will go in the NBA draft.

With this said, here is an NBA mock draft of the entire first round.

Although some of these picks may surprise people, others are simply a layup. 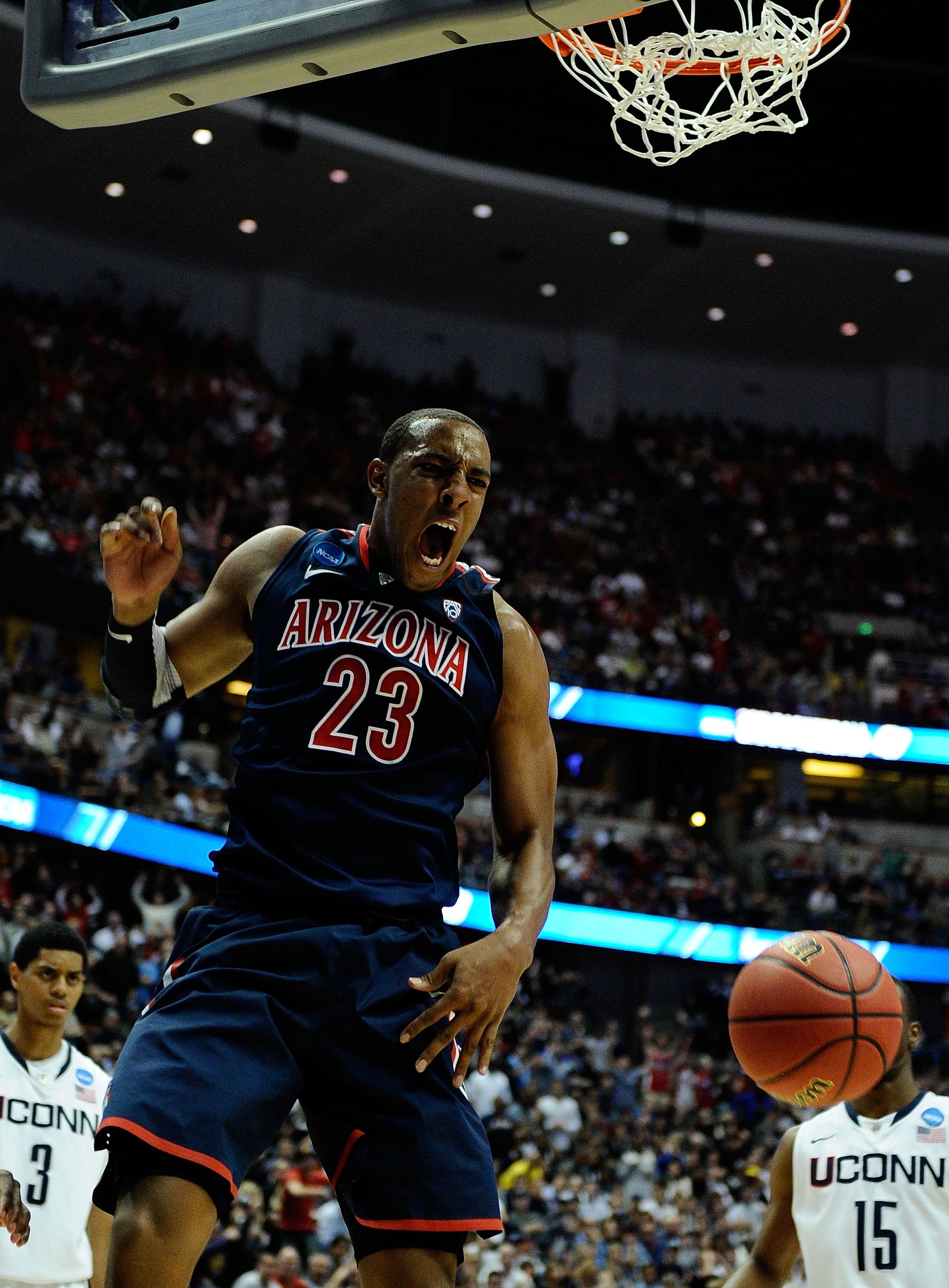 Derrick Williams showed the nation why he is one of the best players in all of college basketball in this year's NCAA tournament. He managed to lead the Arizona Wildcats to the Elite Eight.

Williams is a very solid power forward, but can play small forward as well. Williams is the type of player that the Cavaliers can build around. 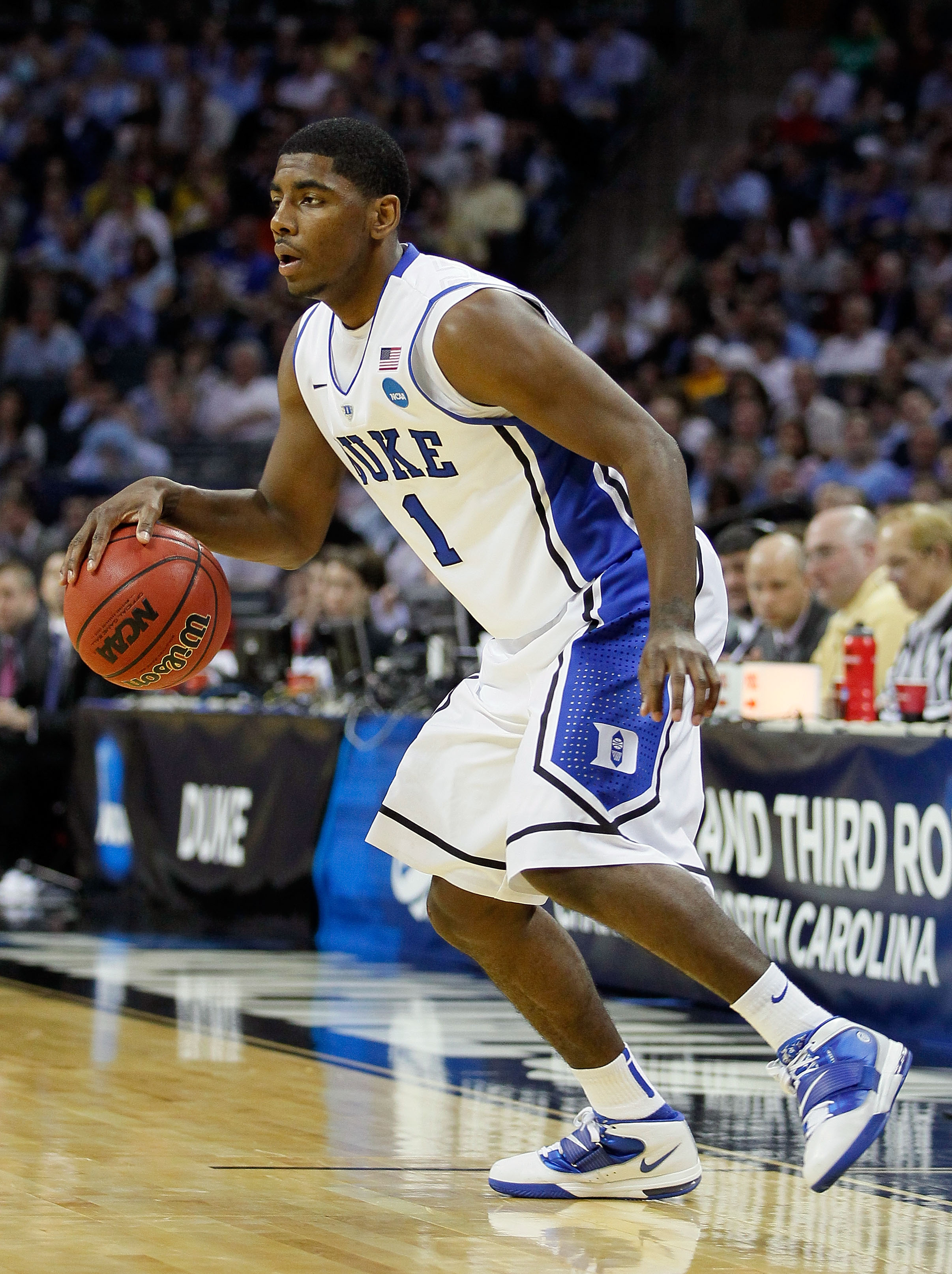 Although Kyrie Irving was injured for most of his freshman season with the Duke Blue Devils, he proved to be one of the best point guards in all of college basketball.

When he came back from his toe injury in the NCAA tournament, he picked up where he left off.

Although Irving only played a handful of games in his freshman year, he showed people his potential and how great of a player he will be. 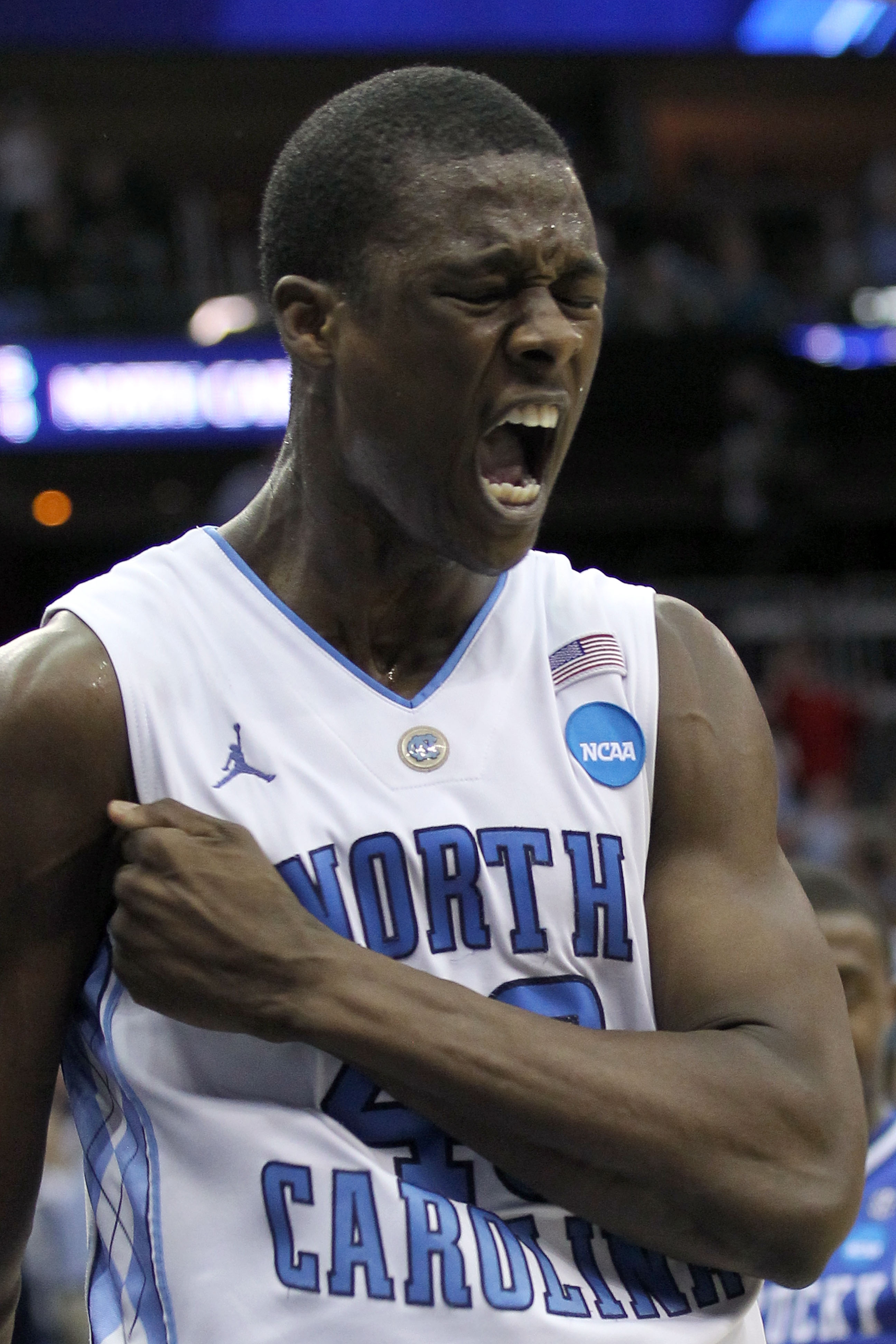 Barnes can score from anywhere on the court and has a very high basketball IQ. Barnes led his North Carolina Tar Heels to the Elite Eight as a freshman.

Although Barnes is a very terrific scorer, he is an even better defender. He is very lengthy, which goes along great with his athleticism. 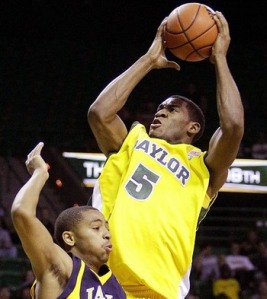 Perry Jones could be the most well-rounded player in this year's NBA draft. Jones is a very versatile player who can do anything from playing two-guard to posting up as a center.

Jones is a monster on the boards thanks to his great size and leaping ability. Although Jones did not quite play to his potential for Baylor, he shows signs of being a very good player at the next level. 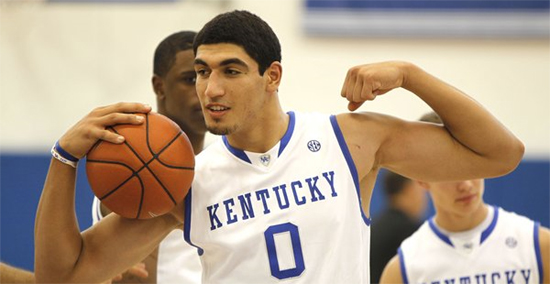 Although Enes Kanter missed his entire first year for the Kentucky Wildcats, he is expected to declare for the 2011 NBA draft.

Kanter could very well be the best center in the draft. Kanter is a very dominate and physical player in the paint. However, he has a shooting range that stretches all the way out to the three-point line. 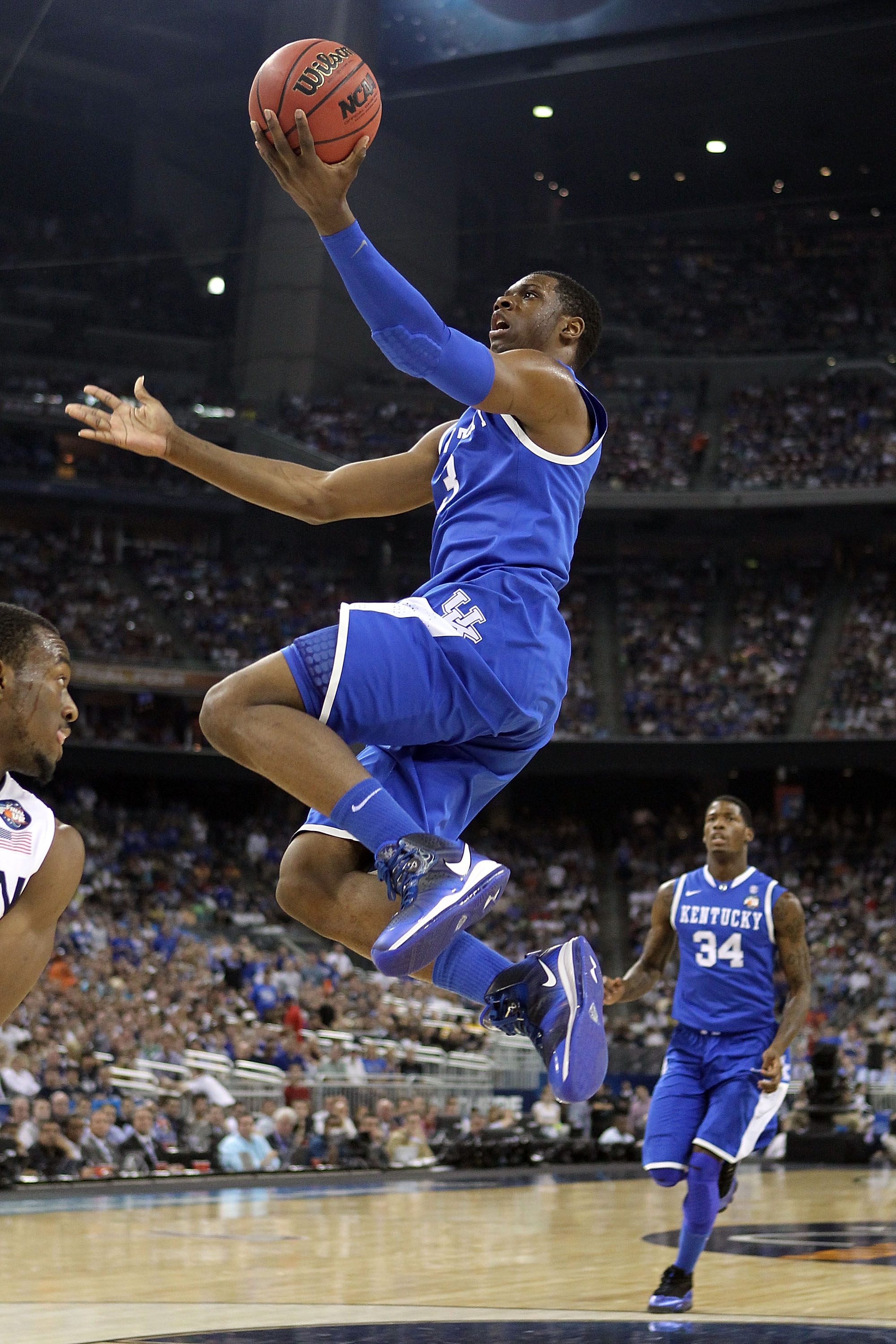 If Jones becomes more of an inside presence, he will be a very hard player to stop in the NBA. All in all, Jones is a very good player and a big reason why the Kentucky Wildcats made it to the Final Four. 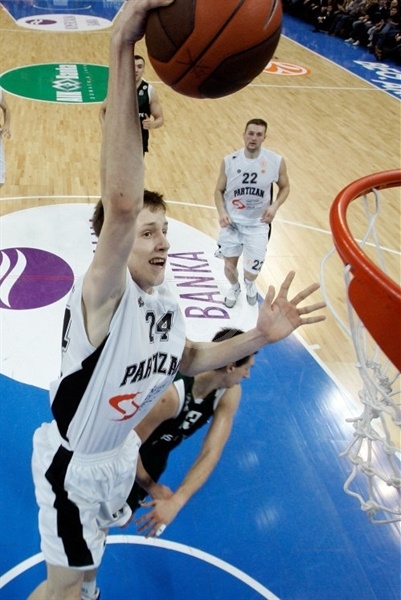 Vesely is a very lengthy forward, who is currently playing small forward in the Euroleague but can play power forward as well. He stands at 6'11", and although he is known for his post presence, Vesely is a very good shooter and ball-handler.

Vesely is very athletic and capable of running the floor and shooting from behind the arc. Adding some bulk will only make Vesely a better player and a more dangerous presence in the post. 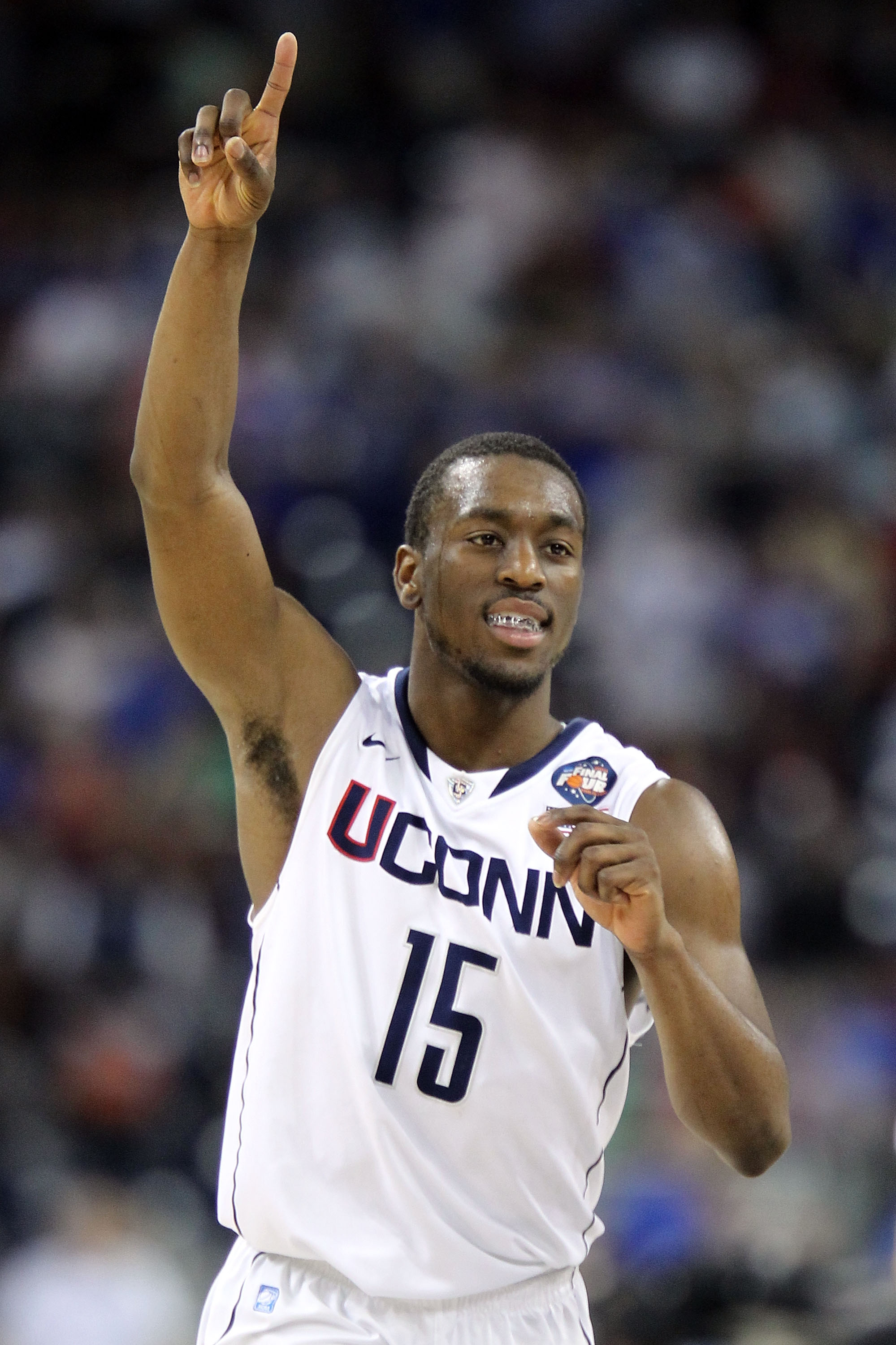 Kemba Walker led the Connecticut Huskies to five straight victories to win the Big East tournament. He did not stop there, though. Walker has led the Huskies to the NCAA Championship game.

Without Walker, the Huskies would simply not have made it this far. Walker is one of the biggest names in all of college basketball and rightfully so.

Walker is everything that a team looks for in a point guard, and the Cavaliers could really use a player like him to help rebuild their team. 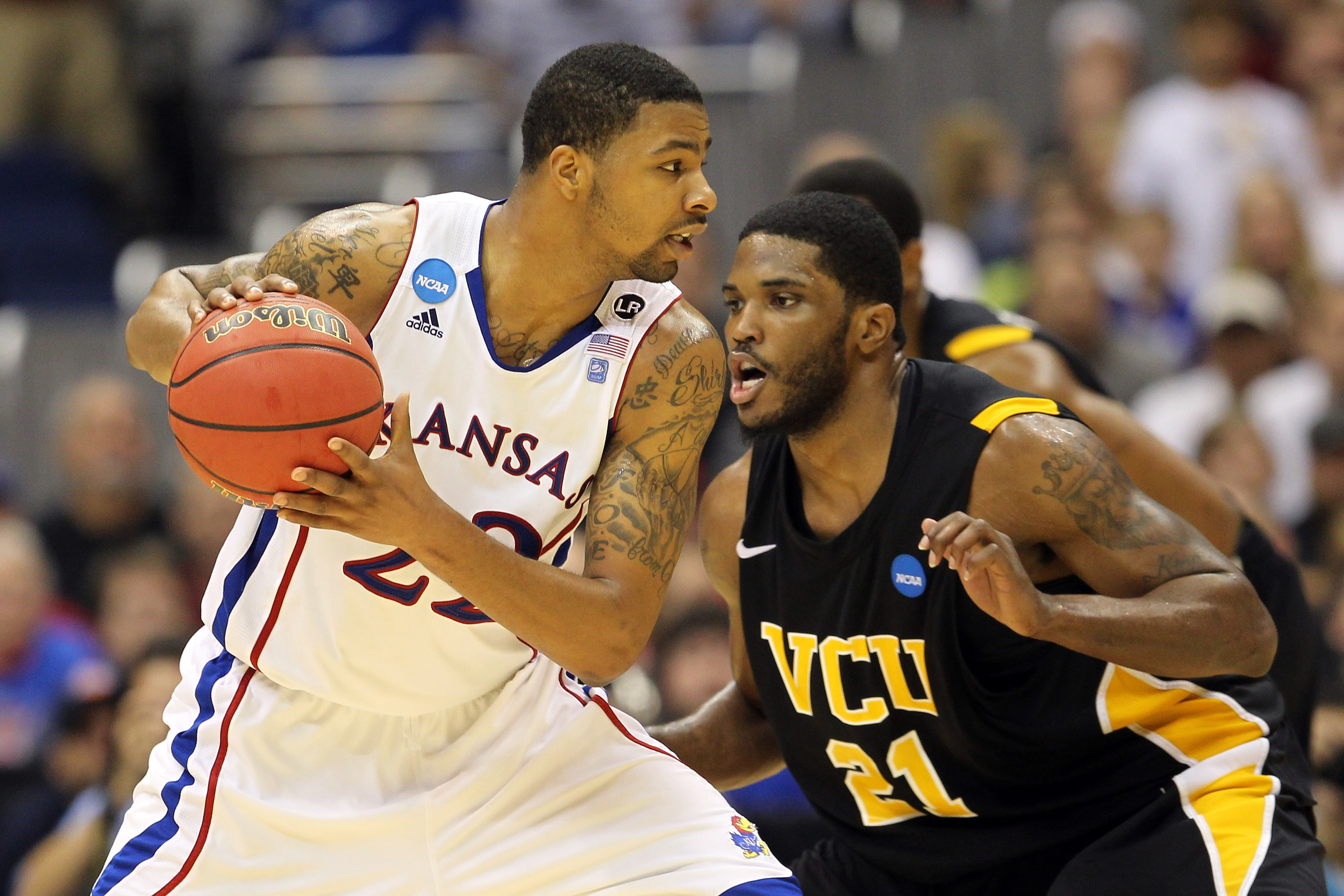 Although Marcus Morris lacks size for his position, he makes up for it with his skills.

Morris is a very versatile player who can post up or knock down shots from the perimeter. He is also a pretty good ball-handler, which makes him very good at attacking the basket. 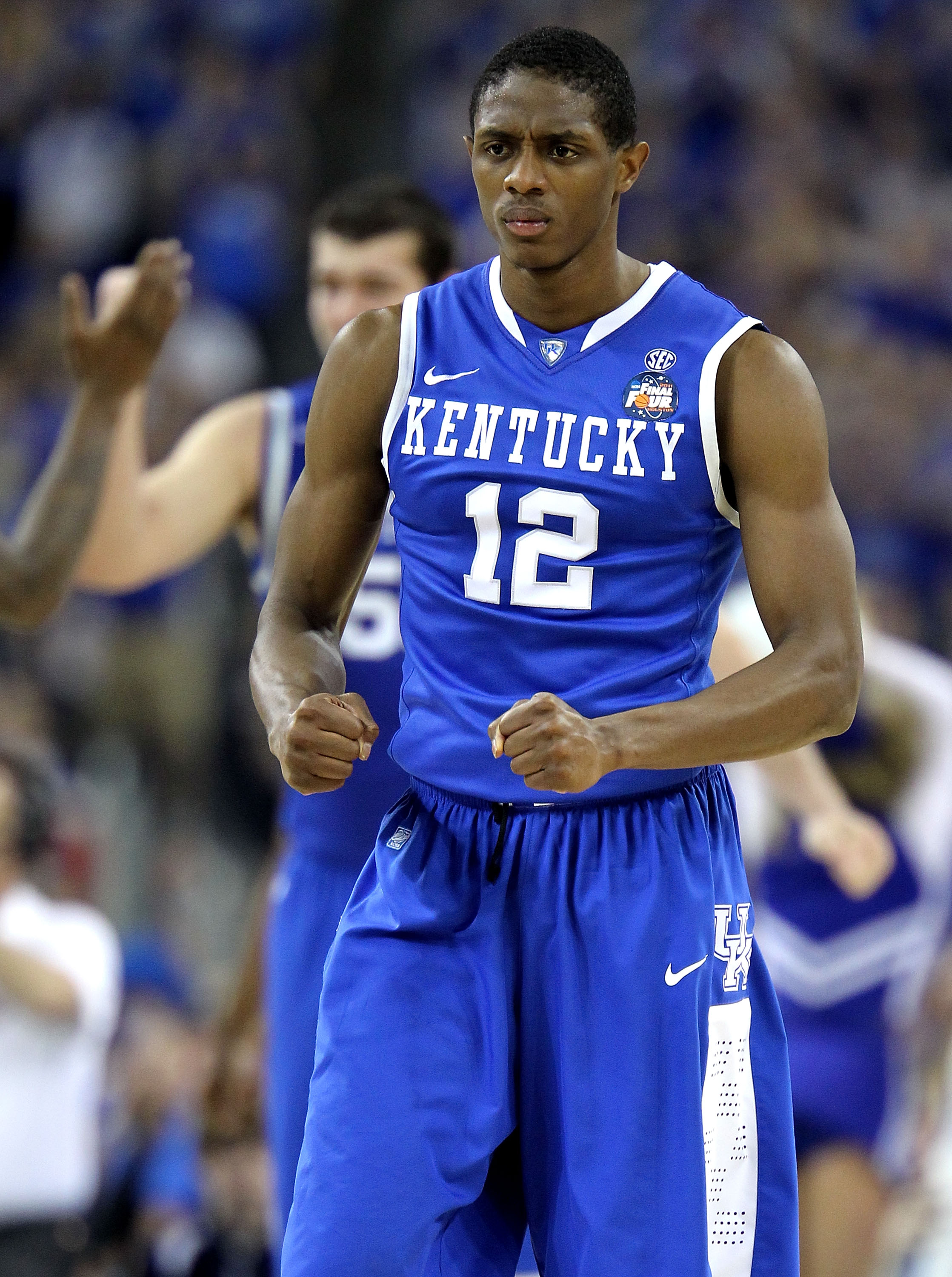 Brandon Knight's draft stock is on the rise due to Kentucky's performance in the NCAA tournament. Knight led the Wildcats to the Final Four, and they just came up short in reaching the championship game.

Although Knight started the season off slow, he proved that he was well worth the hype, and he was a big reason why the Wildcats made it so far in the NCAA tournament. 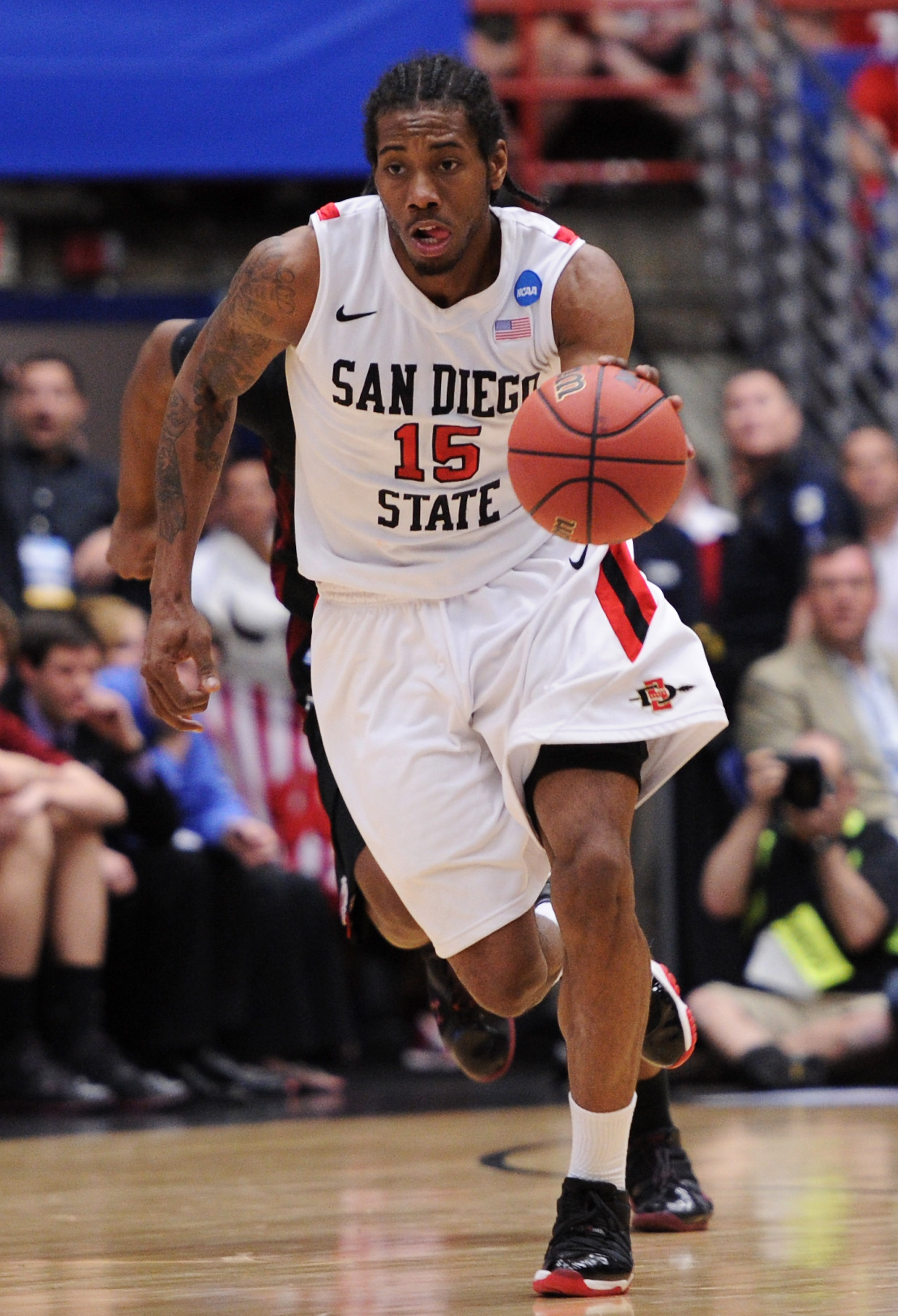 Leonard is a very good rebounder due to his size and leaping ability. Leonard can also be a very lethal scorer, as he led San Diego State in scoring with 15.4 PPG.

Although Kawhi seemed to disappear in games at times, with some improvement he can be a very dangerous player on both sides of the ball. 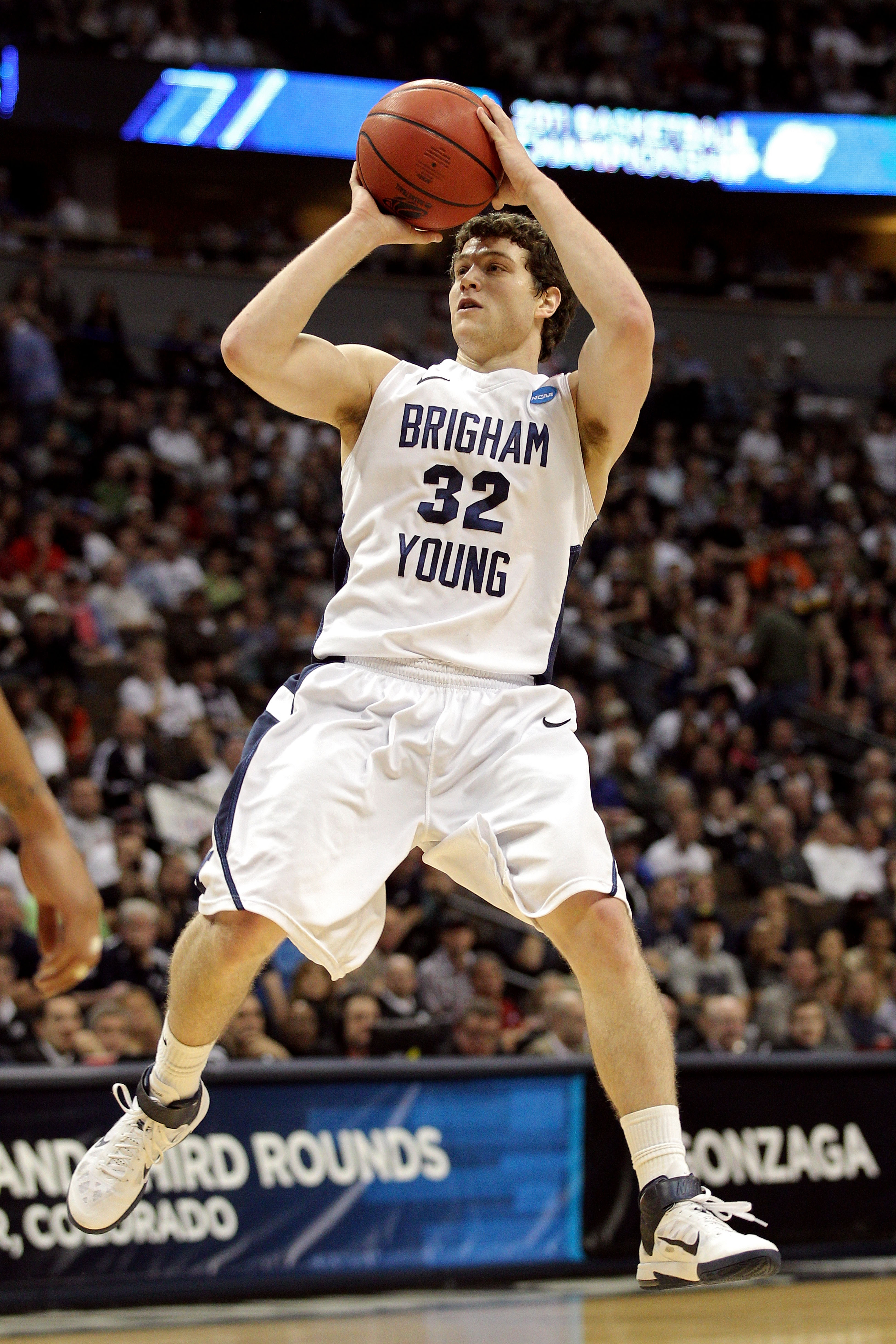 Jimmer Fredette was simply one of the best, if not the best, players in all of college basketball this year.

With this said, Fredette was the best scorer in college basketball, and he can shoot from anywhere on the court. There is no saying how far his range goes.

Although some people think Fredette will be a bust in the NBA, he proved he was one of the best players in college basketball, and I think he will be a very good player in the next level due to his great ball-handling skills, passing ability, amazing scoring ability and toughness as a basketball player. 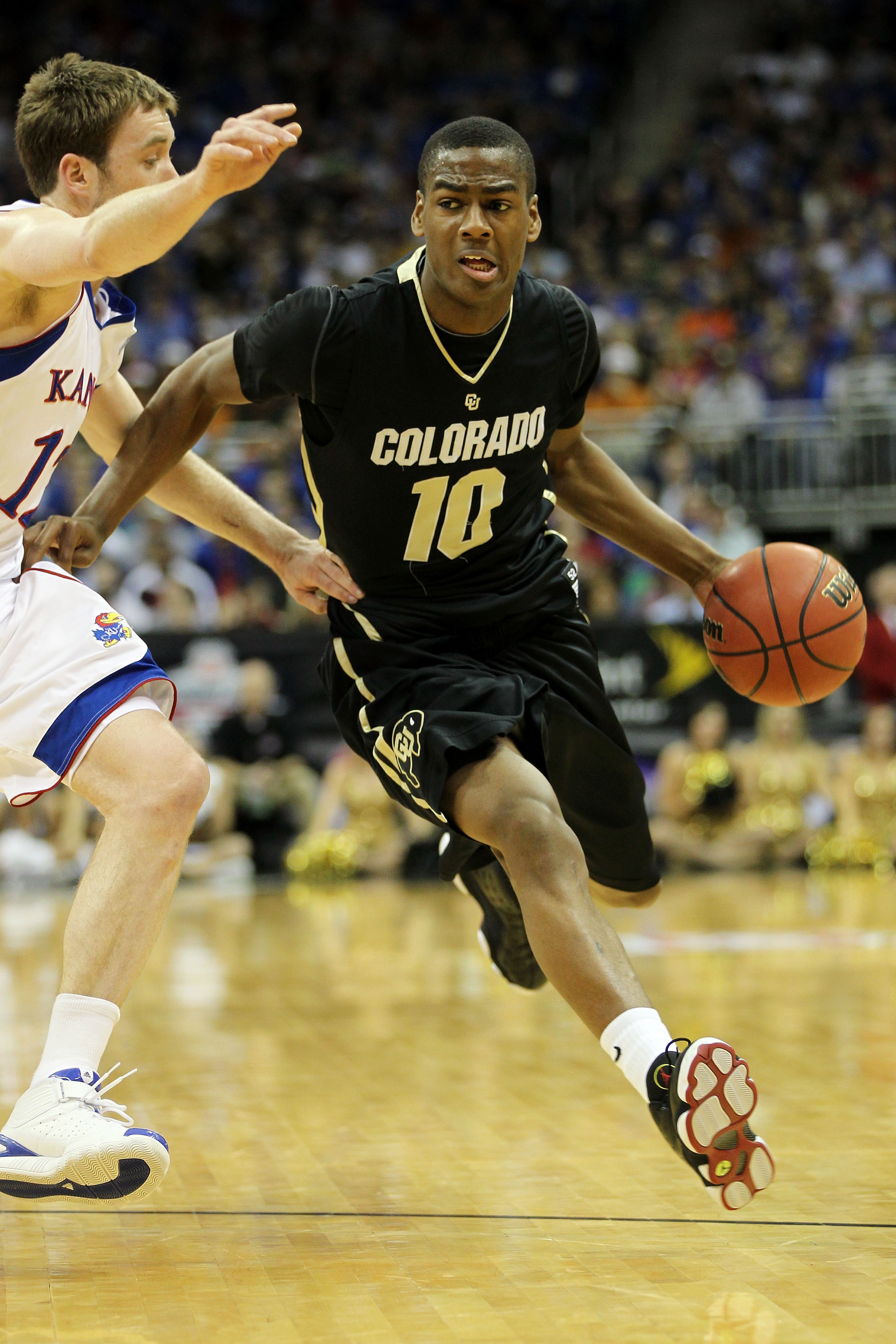 Alec Burks was the 2009 Big 12 Conference Freshman of the Year, and he did not disappoint in his sophomore year, leading Colorado in scoring with 20.1 PPG.

Burks is a 6'6" shooting guard and is very capable of being a great NBA player. 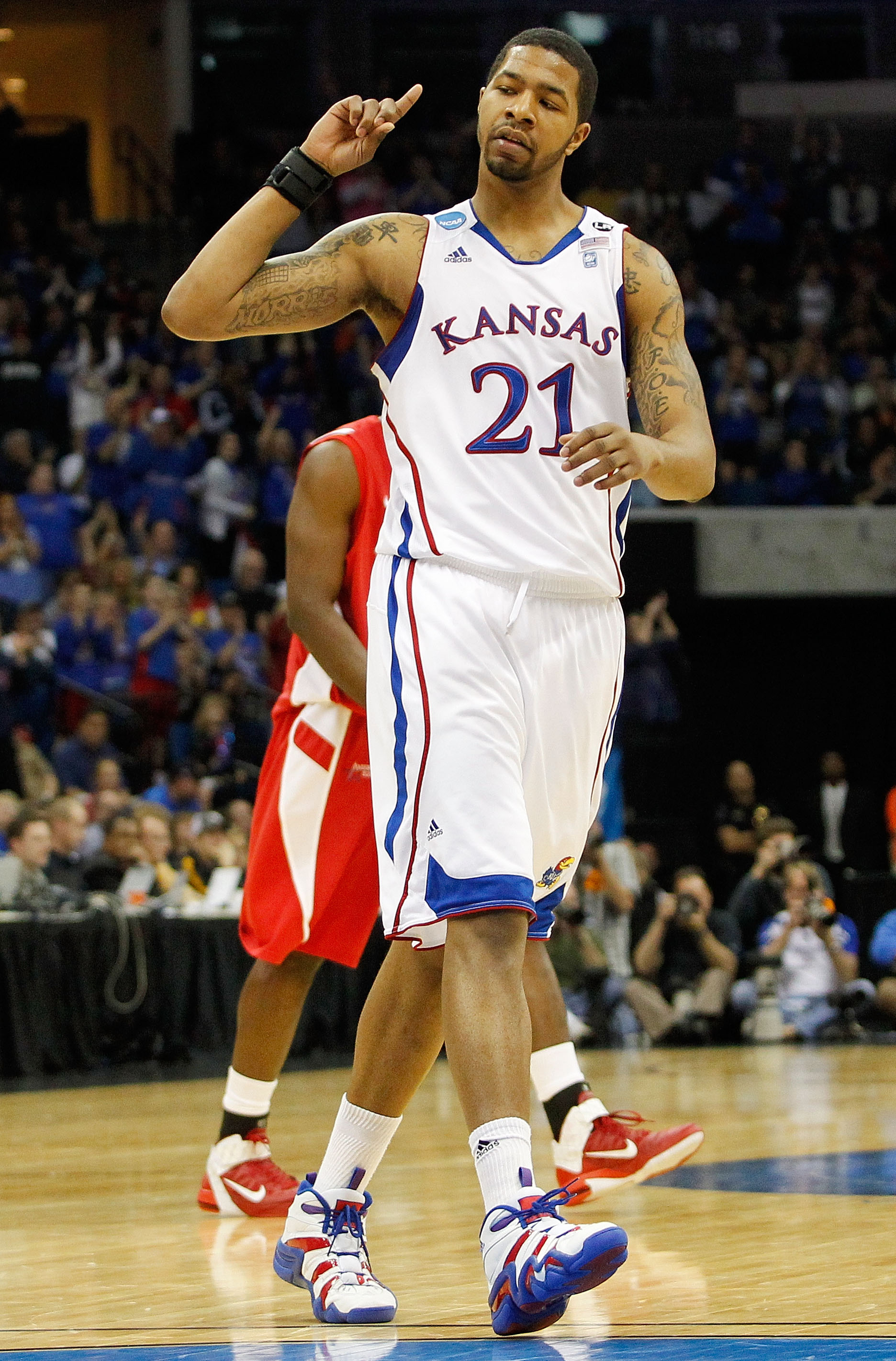 Although Markieff is not as good as his brother, he is still a very good player. With more work on his offense in the NBA, Markieff could become a very productive scorer.

Morris is already a great defender and rebounder. Not to mention, he has good height at 6'10". 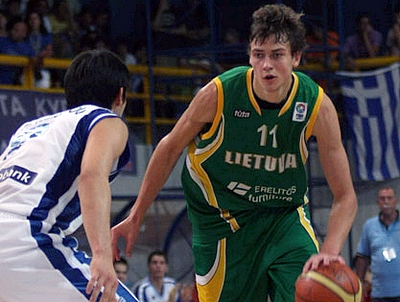 Motiejunas is very athletic for his size. He runs the floor very well, and is also a great passer and very quick. Not to mention, Motiejunas is a very good shooter.

If Motiejunas can bulk up, he will be very hard to cover in the post, and anywhere on the court for that matter. 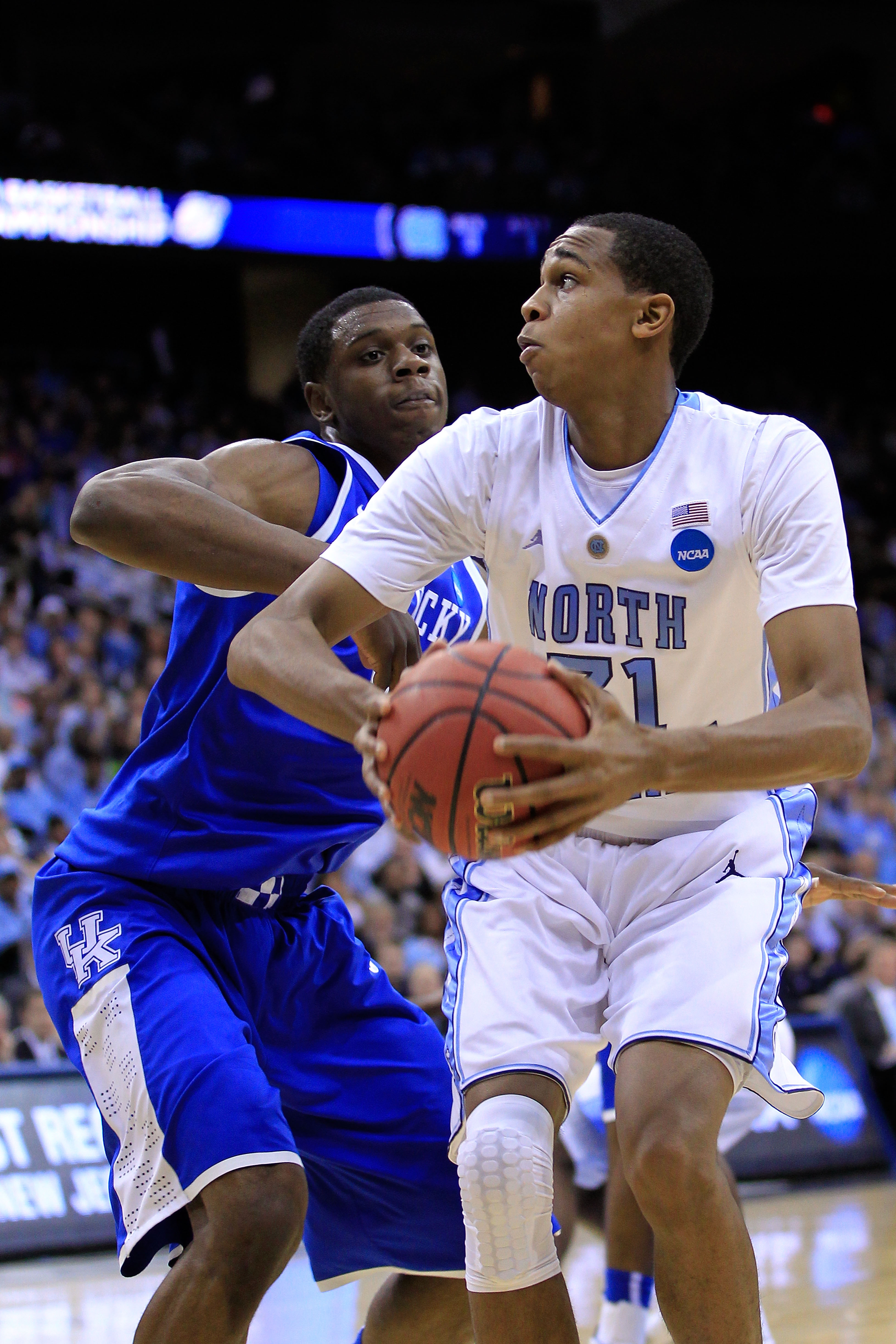 John Henson is a very athletic player for his size.

Henson's strengths are rebounding, shot-blocking and defending. However, Henson could add some size and needs work on his perimeter game to be a complete player. 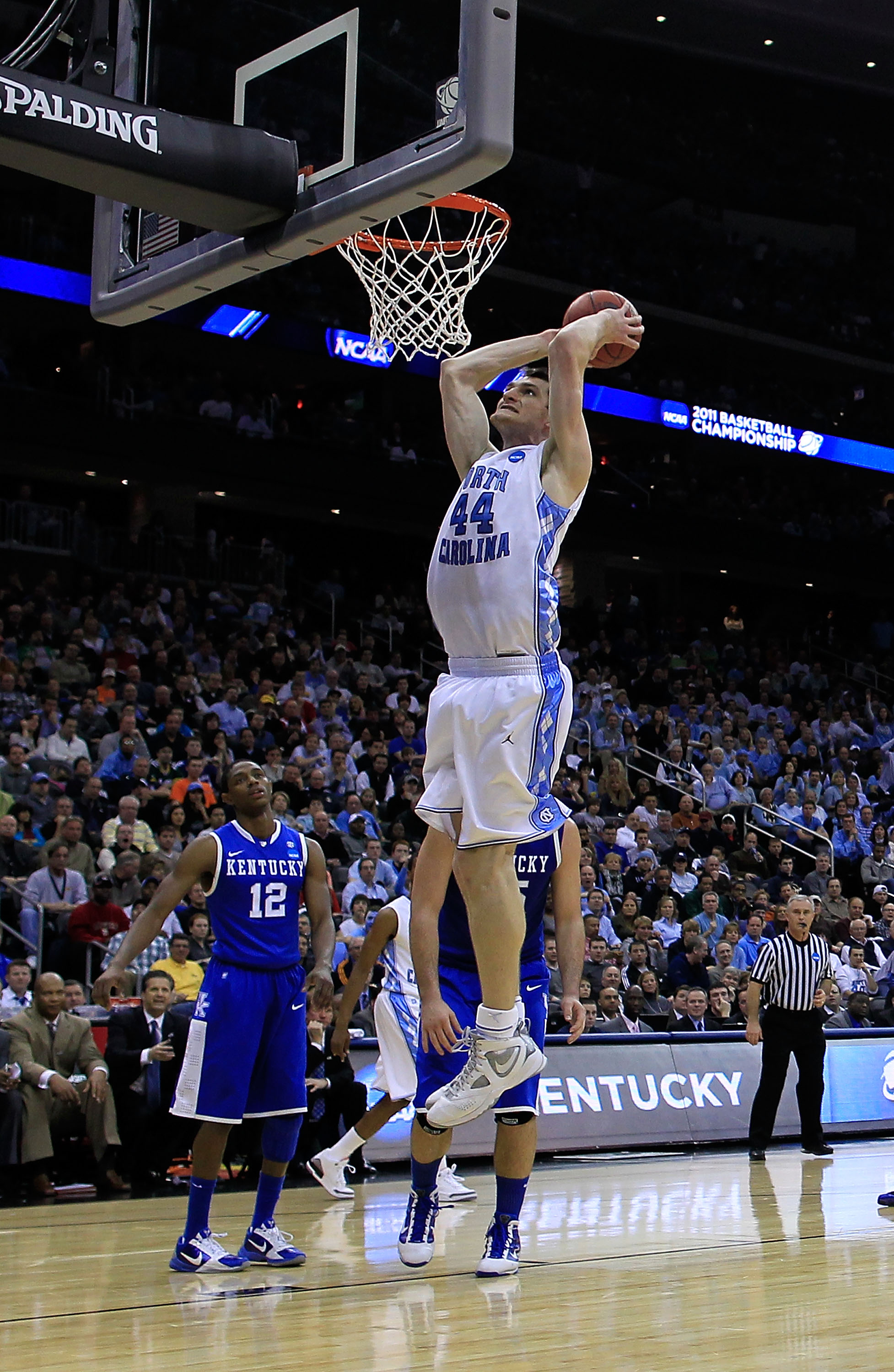 Zeller was the second-leading scorer on North Carolina with 14.5 PPG.

With good mobility, good shooting and good rebounding, Zeller is easily one of the best centers in the draft this year.

Jordan Hamilton is an excellent shooter with very deep range. 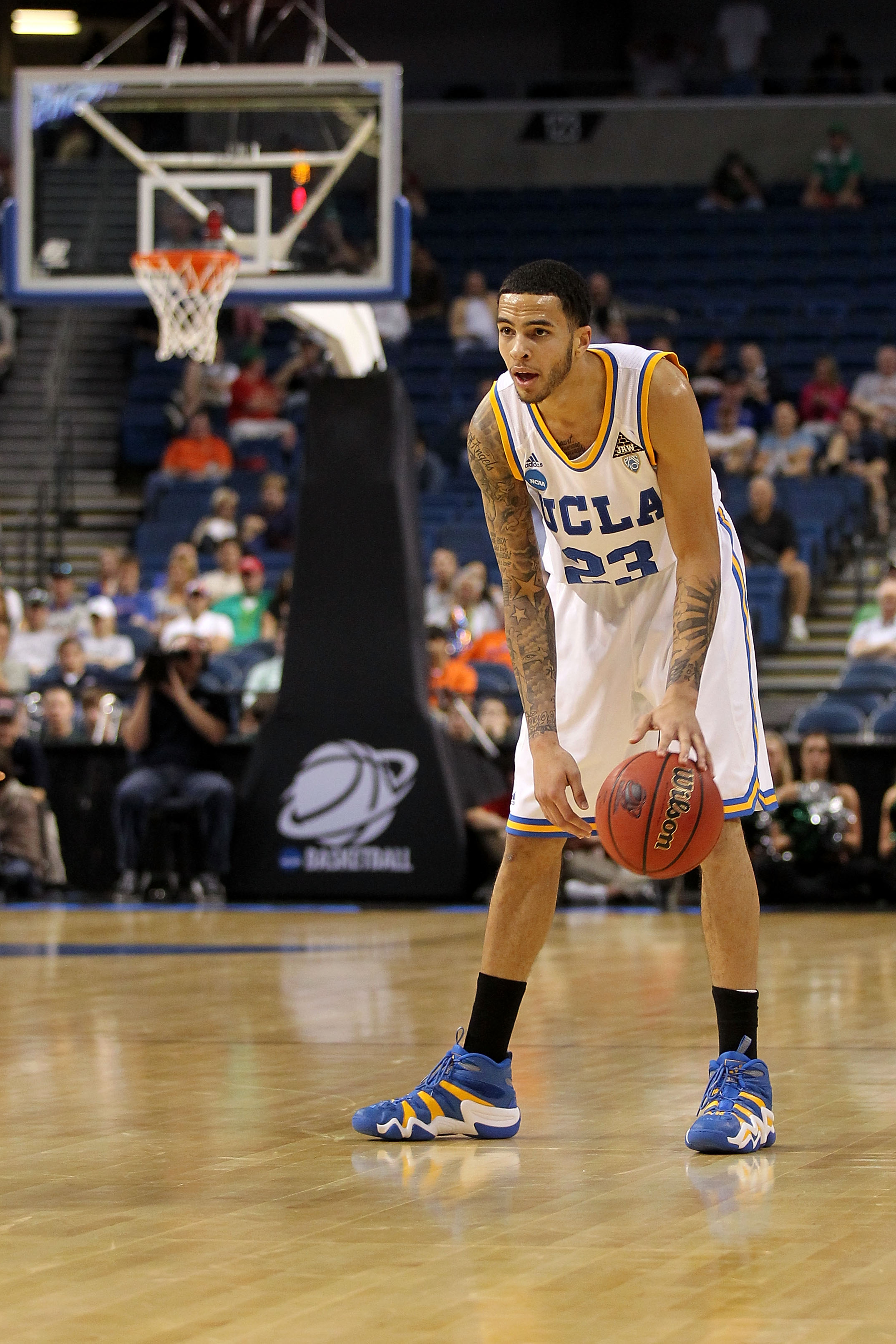 Honeycutt's strengths come on defense, and he also has a high basketball IQ.

Tyler is a very good passer and shot-blocker. With good athleticism, Honeycutt has put up some decent numbers this year. He averages 12.8 points and 7.2 rebounds per game.

Although Honeycutt is a very smart basketball player, he needs to look for his shot more in the NBA and be more selfish with the ball. You can't say that about too many players in this day and age. 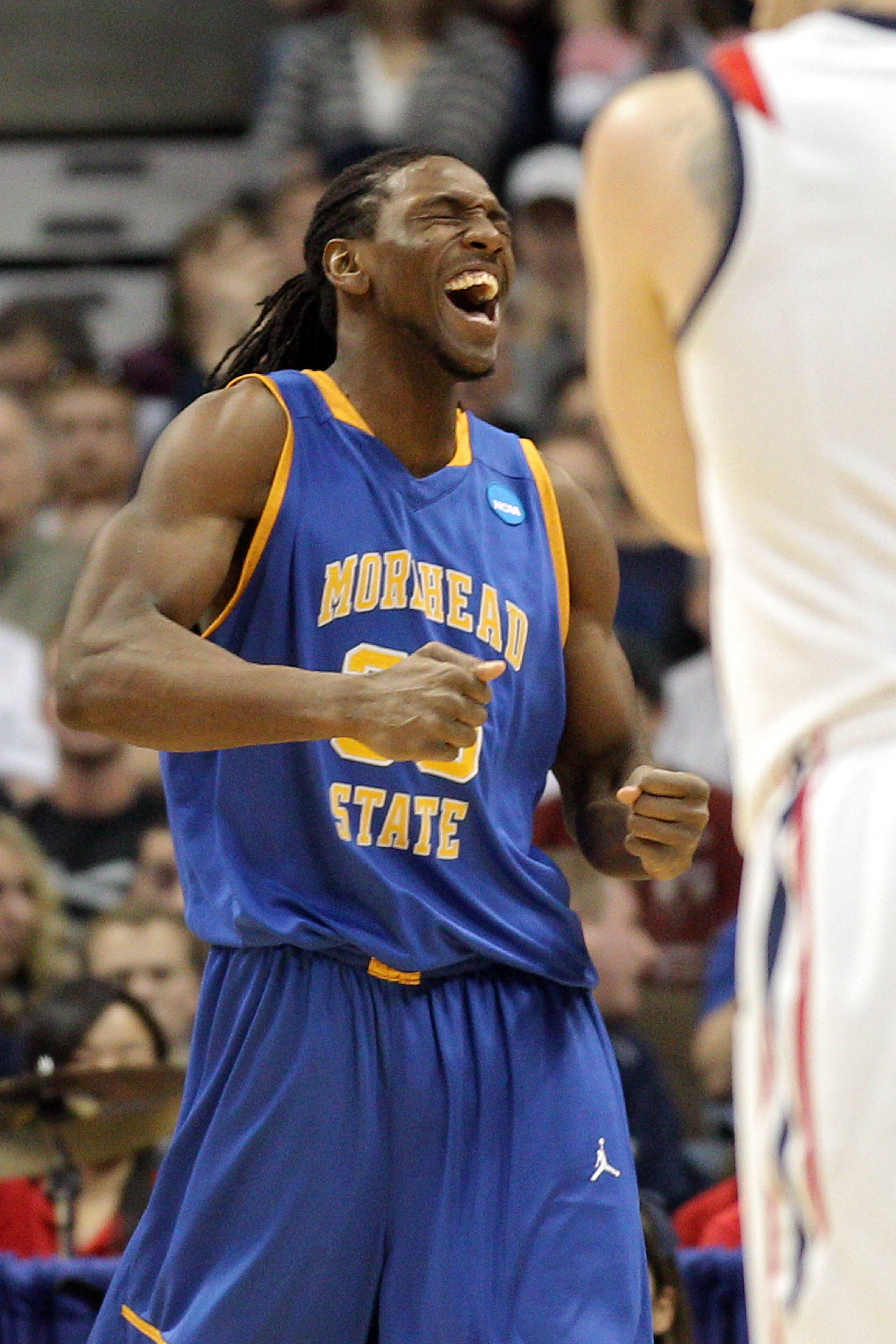 Faried averaged a double-double with 17.3 points and 14.5 rebounds per game. 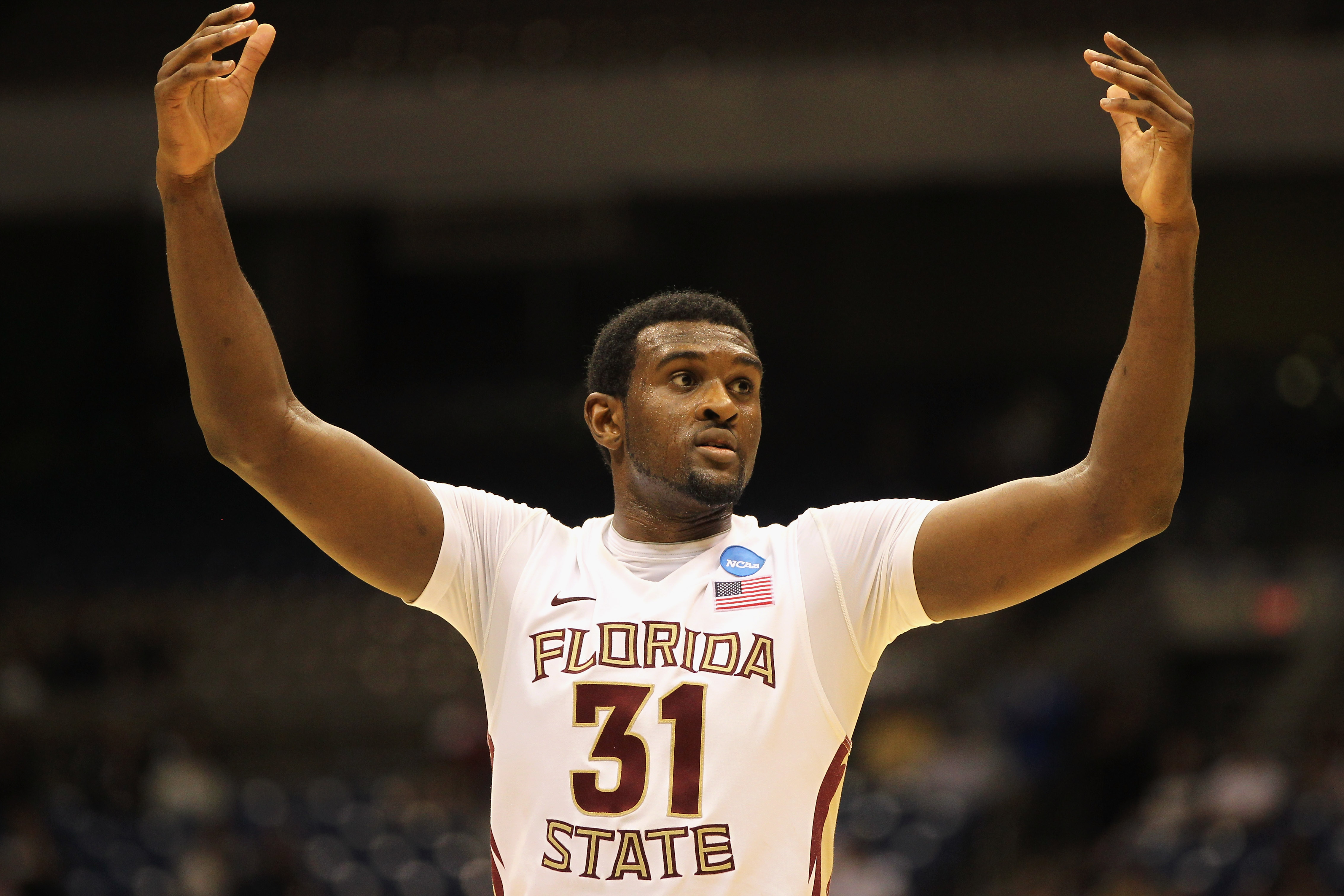 Chris Singleton is known for his defense. He was arguably the best defender on the best defensive team in college basketball. With this said, Singleton was a big reason why Florida State was so good on defense.

What people may not know about Singleton is that he is a great shooter from mid- and three-point range. 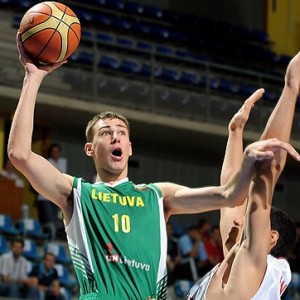 Jonas Valanciunas makes his living with dunks, rebounds and shot blocks. If Jonas could add some more strength, he would be a nightmare to guard and get rebounds over. With some more experience and time, Jonas will be a very good NBA player. 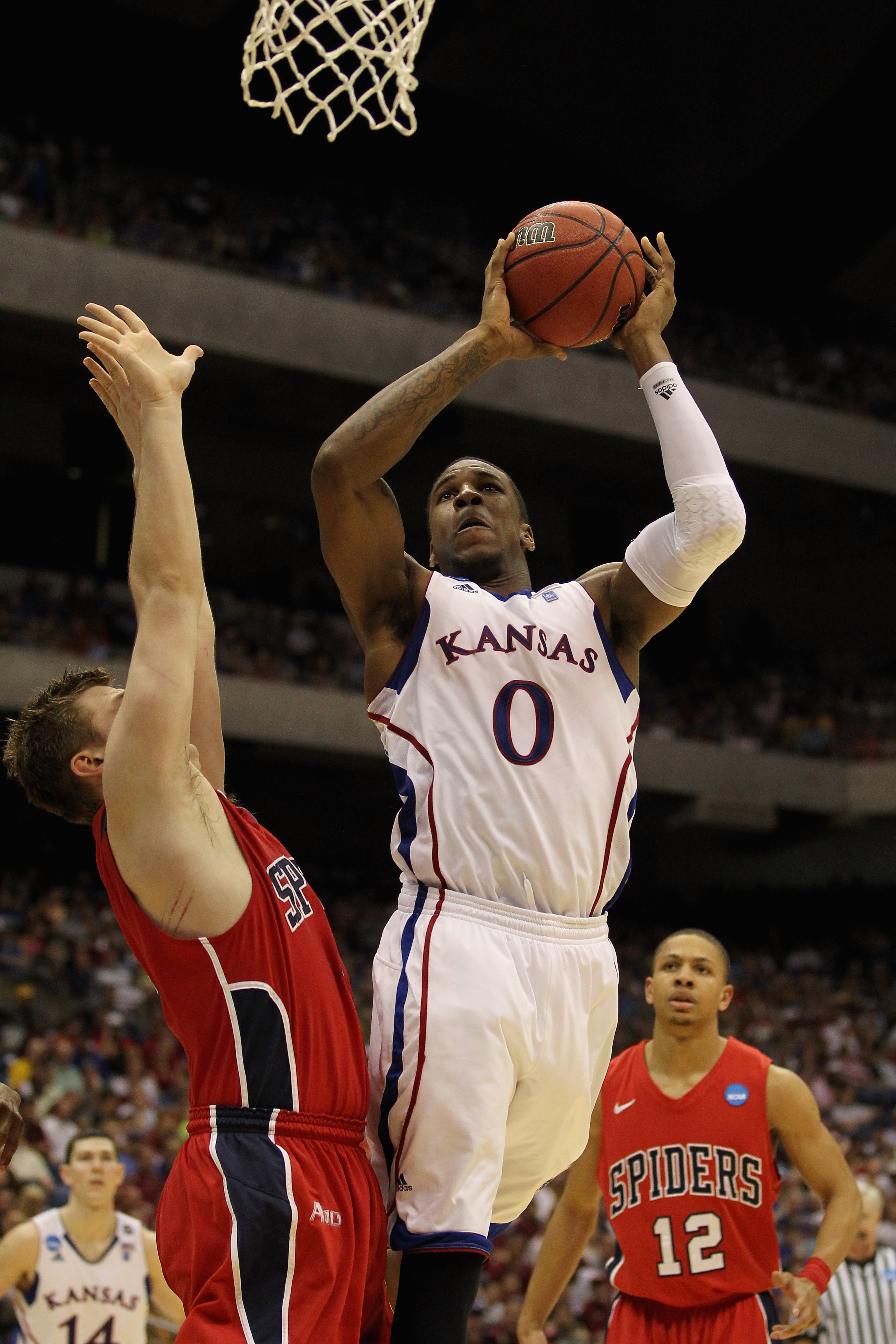 Although Thomas Robinson did not put up big numbers for the Kansas Jayhawks, he was very important to the team.

Robinson has everything an NBA team could possibly want. He is a great defender and good rebounder. Robinson is also very physical, and has great leaping ability with great size.

With a little bit more experience, Robinson could be a great player in the next level. 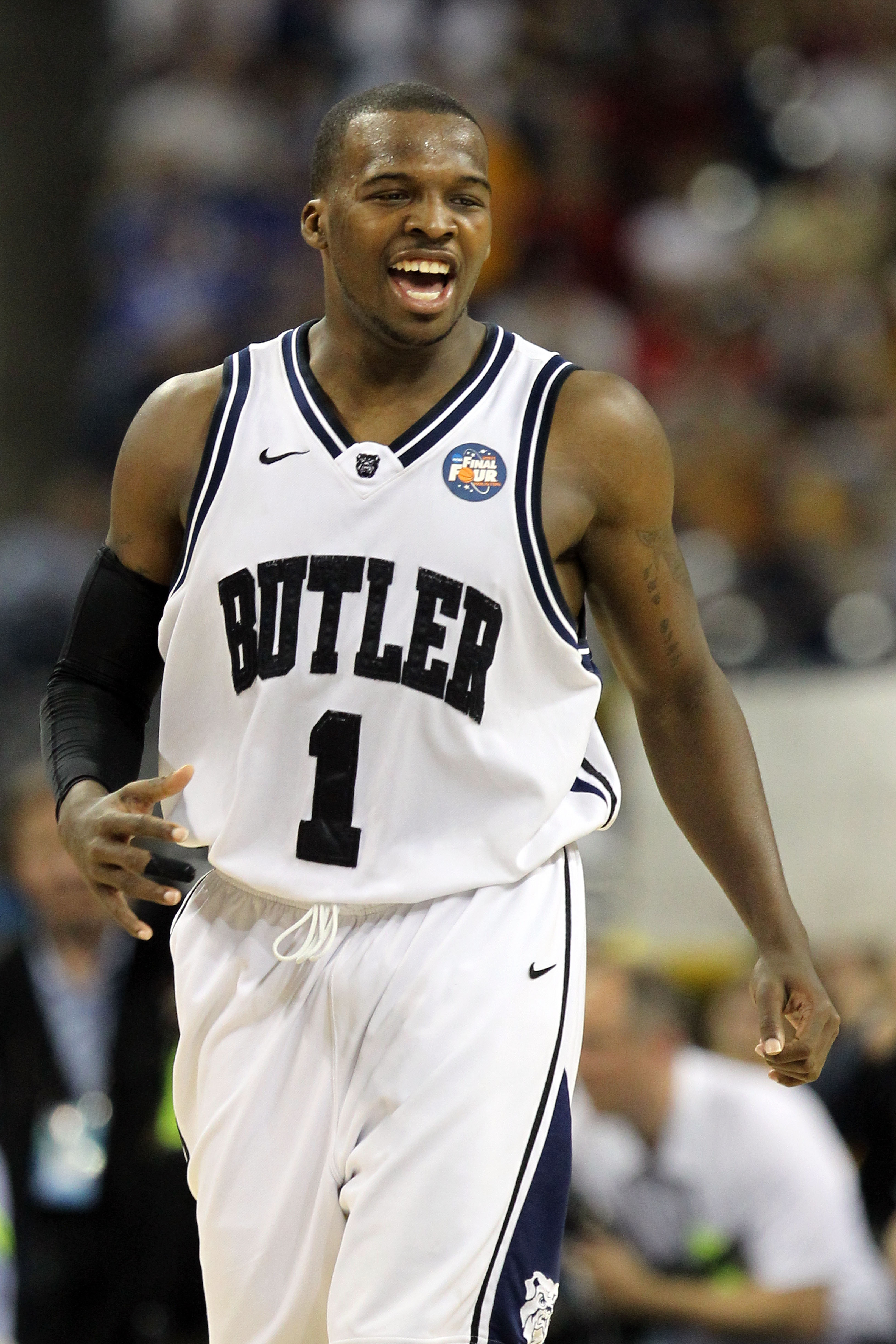 Shelvin Mack is leading the Butler Bulldogs to another magical run in the NCAA tournament. So magical, that the Bulldogs will play in their second consecutive championship game.

Mack is the perfect point guard. He has great ball-handling skills and is a good shooter with range. Mack is also a good passer and leader. 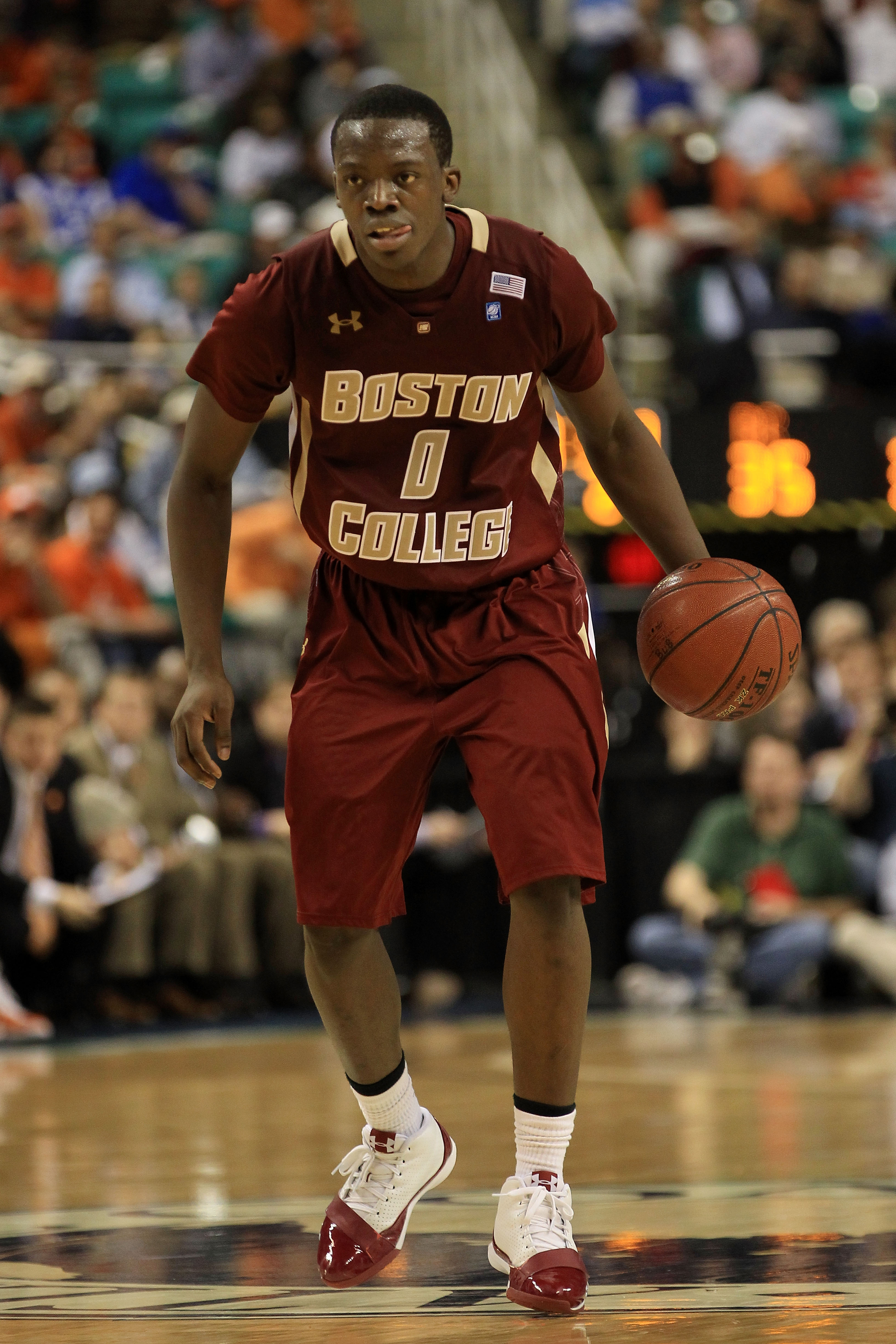 Reggie Jackson led Boston College in scoring this year with 18.4 PPG. With a seven-foot wingspan, Jackson is a very good rebounder for his position.

Jackson is very athletic and his shot is getting better and better. 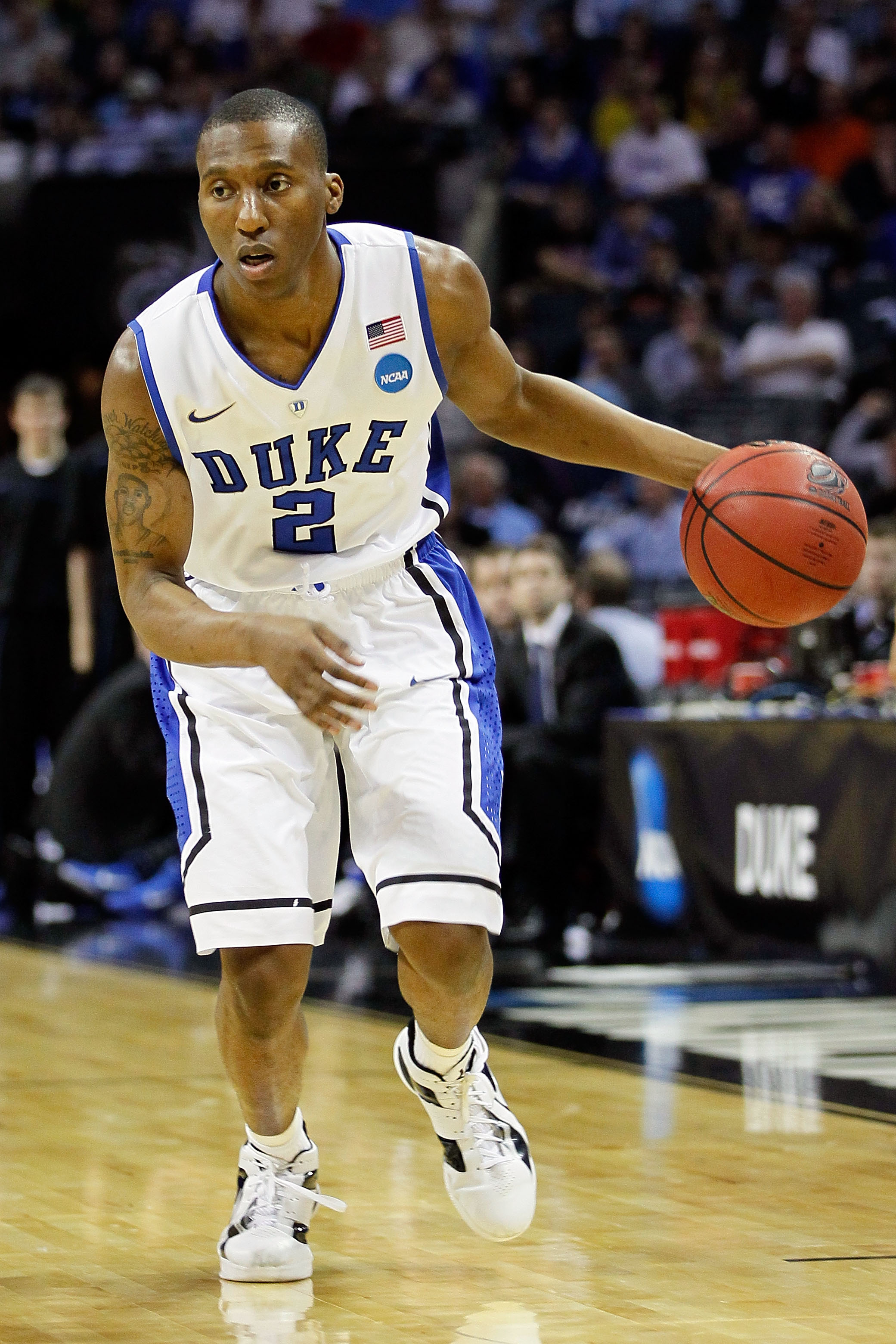 As soon as Nolan Smith took over at point guard for the Duke Blue Devils, he became one of the best players in the nation.

Smith is a very good guard and gets his team involved. He is also a really good shooter. However, when he is not knocking down shots, he can get to the hoop and make baskets. 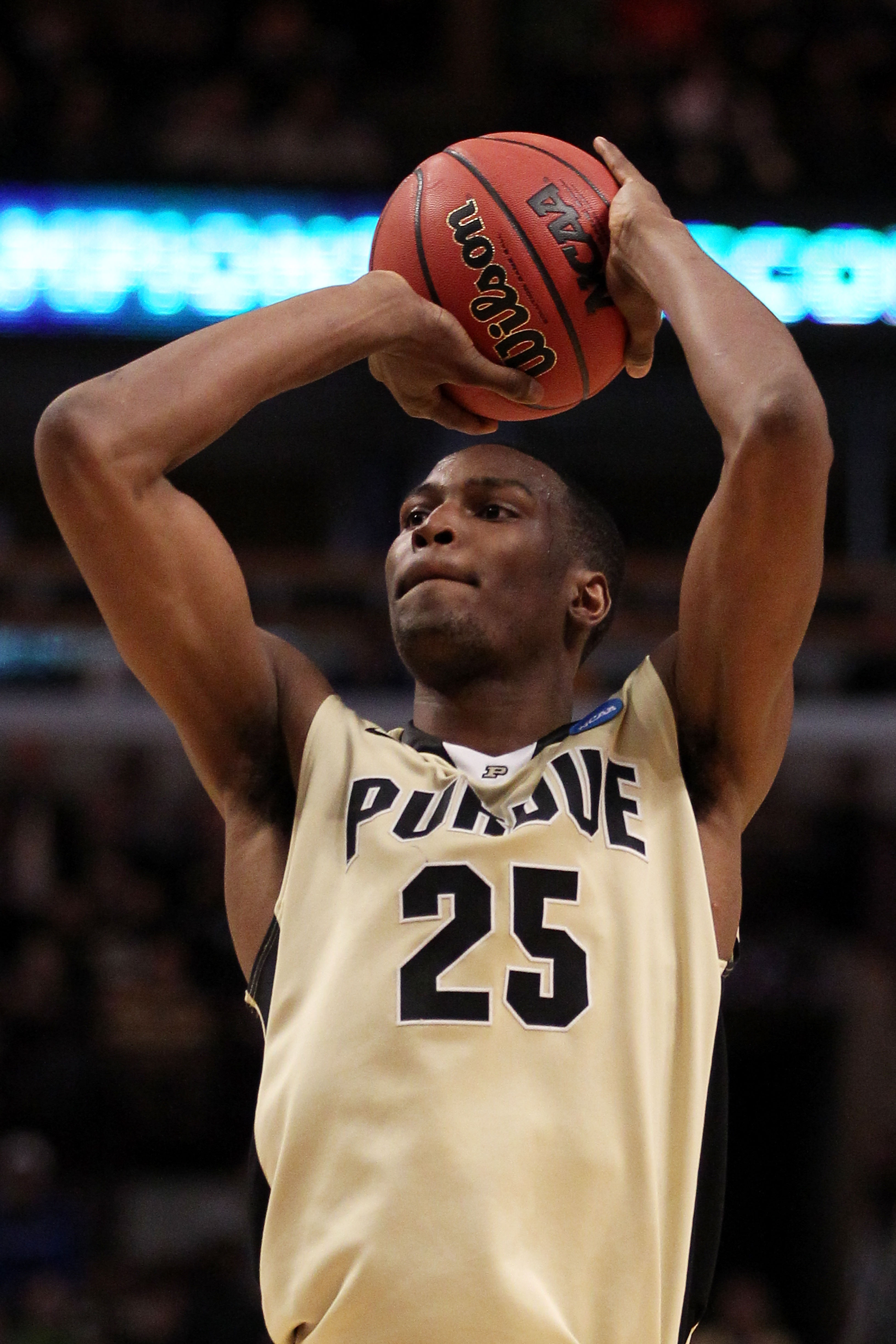 JaJuan Johnson was the Big Ten Player of the Year. This is saying a lot since everyone thought Jared Sullinger was the best player in that conference.

Johnson is a complete scorer. He can knock down threes if he needs to, and he can also post up and hit mid range shots. Not to mention, Johnson is just as good at defense as he is on offense.

Johnson is a complete basketball player, and he is going to be a great player in the NBA. 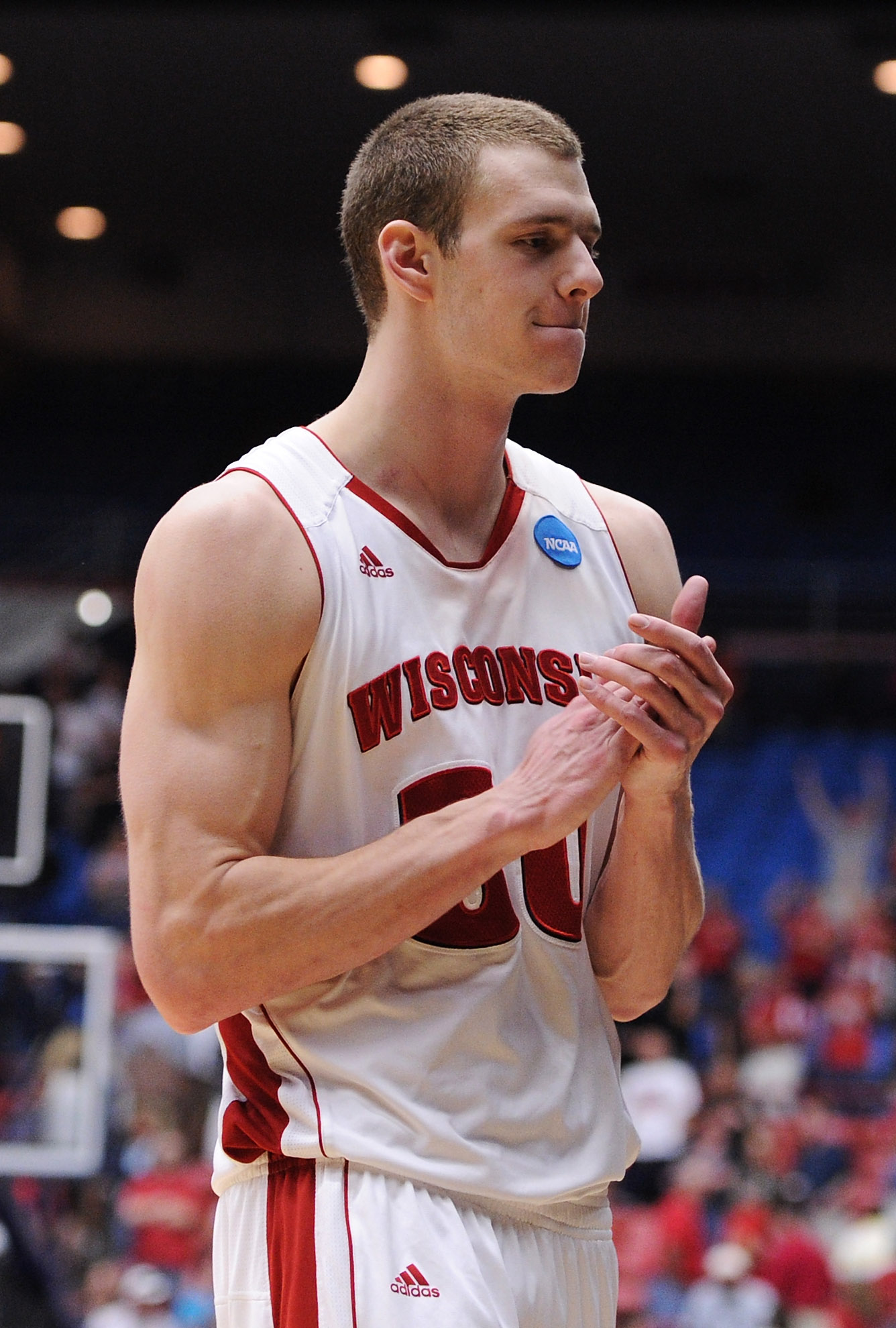 Although Leuer was a power forward, he was lethal behind the arc. Leuer made big shots for the Wisconsin Badgers all season long.

With a high basketball IQ and great size, Leuer will be tough to guard in the NBA. 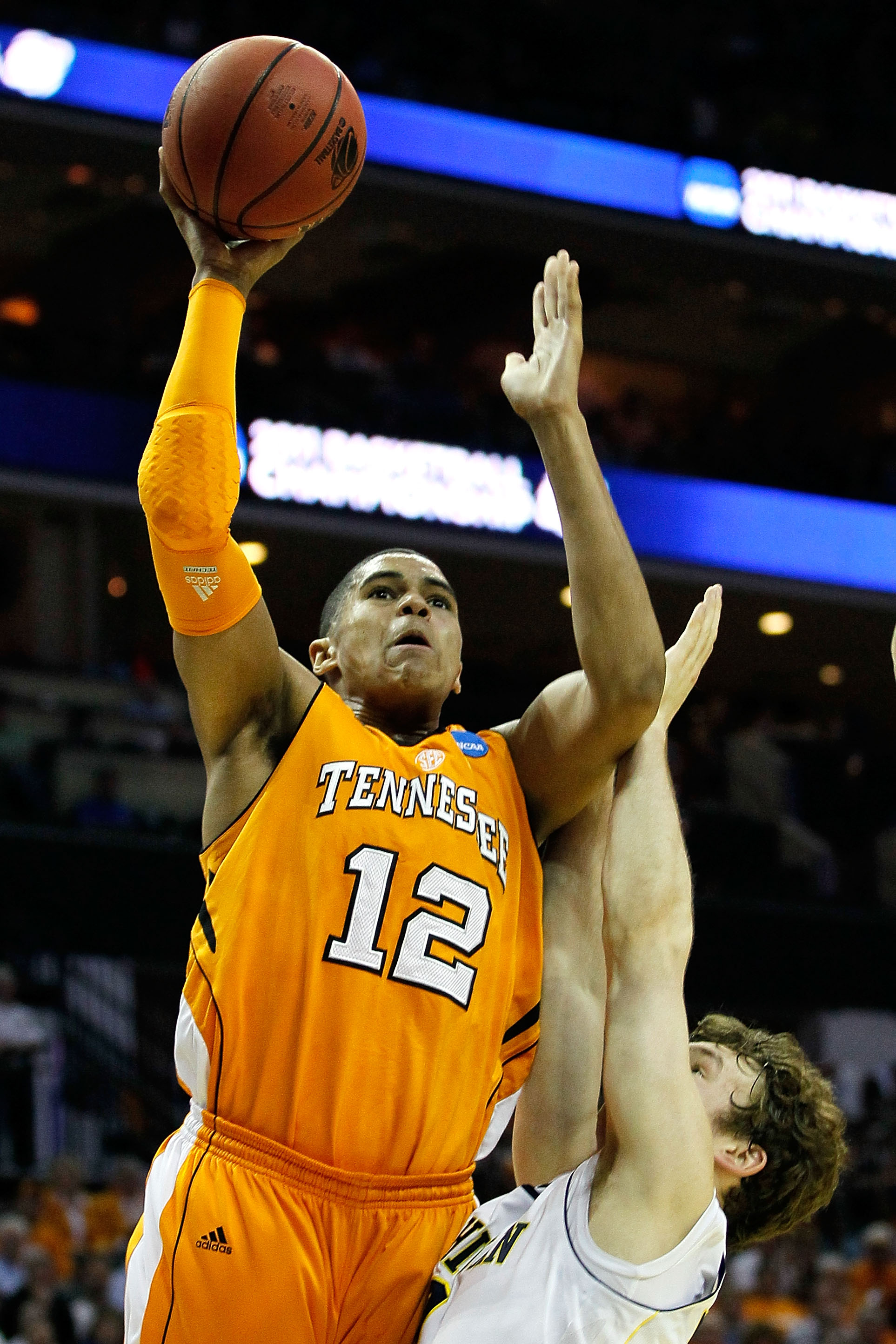 Harris averaged 15.3 points and 7.3 rebounds per game in his first year with the Tennessee Volunteers.

With great athleticism and a high basketball IQ, Harris can play just about anywhere on the court. If he needs to post up, he is very capable of doing so. If he needs to shoot the long ball, he can also do that. 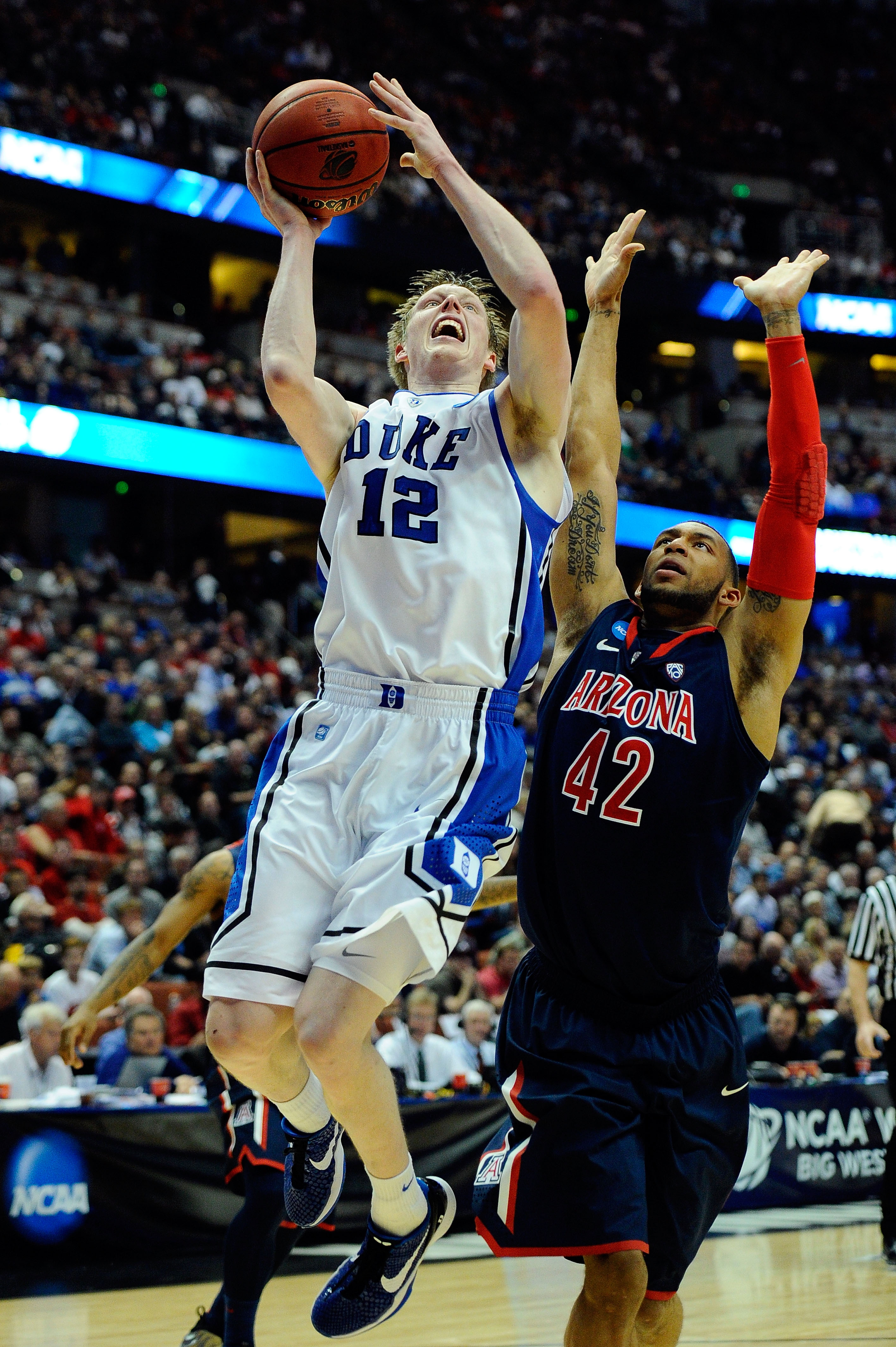 Although Singler's numbers were down from last season, he still averaged 16.9 points and 6.8 rebounds per game.

Singler had a great season with Duke, but Nolan Smith outshined him. This is not taking away anything from Singler though, because he is one of the most versatile players in college basketball. He can literally do anything on the basketball court.

Kyle Singler had an amazing career with the Duke Blue Devils, and he is going to take his basketball skills to the next level.