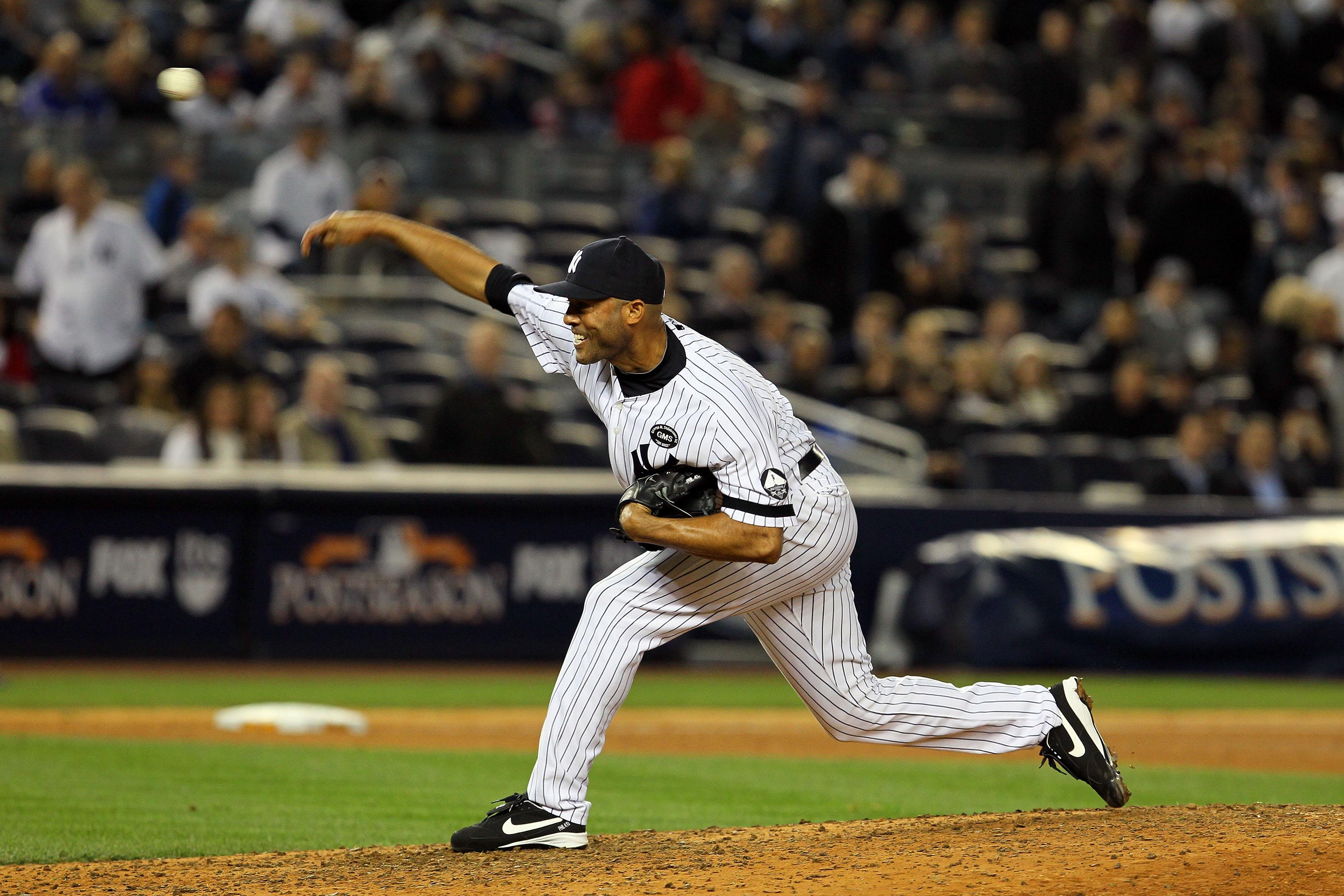 Here are a look at the top cutters of the 2010 season. A few notes:

The Pitch Value data was created by Fangraphs.com. I will be using the statistic, wCT, which denotes the runs above average for a particular pitch—in this case a cutter.

The "wCT" stat benefits starting pitchers and pitchers who throw a certain pitch more often. Because the more often you throw a pitch, the better the chances are of it being successful. 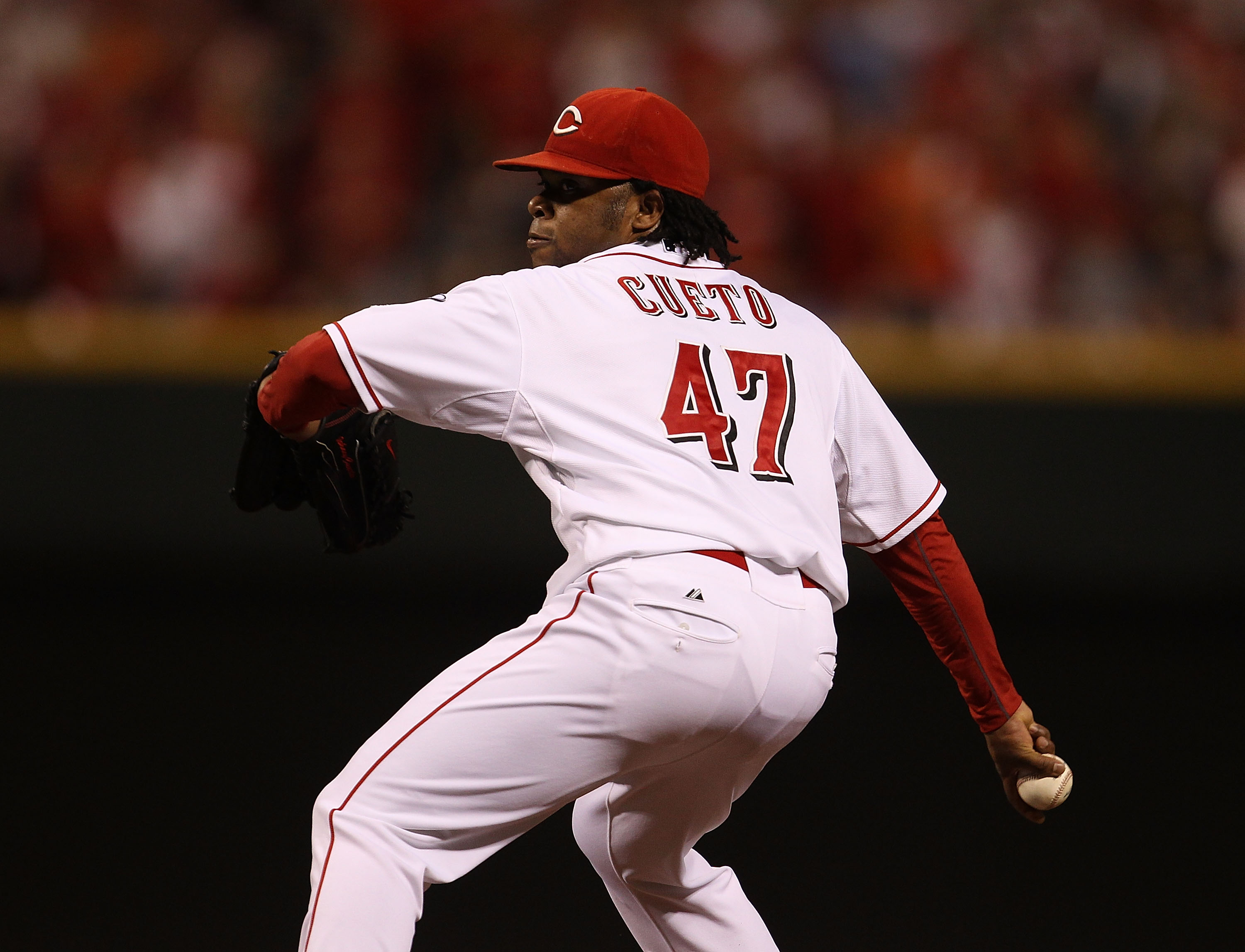 Cueto only used his cutter eight percent of the time during the 2010 season, but it was very effective against opponents.

Cueto's cutter doesn't have much break inside to a left-handed hitter, but it has just enough for hitters to be out in front of the pitch (Cueto's fastballs average 93.2 MPH). He likes to work them up in the zone so they tend to lead to a number of fly balls. 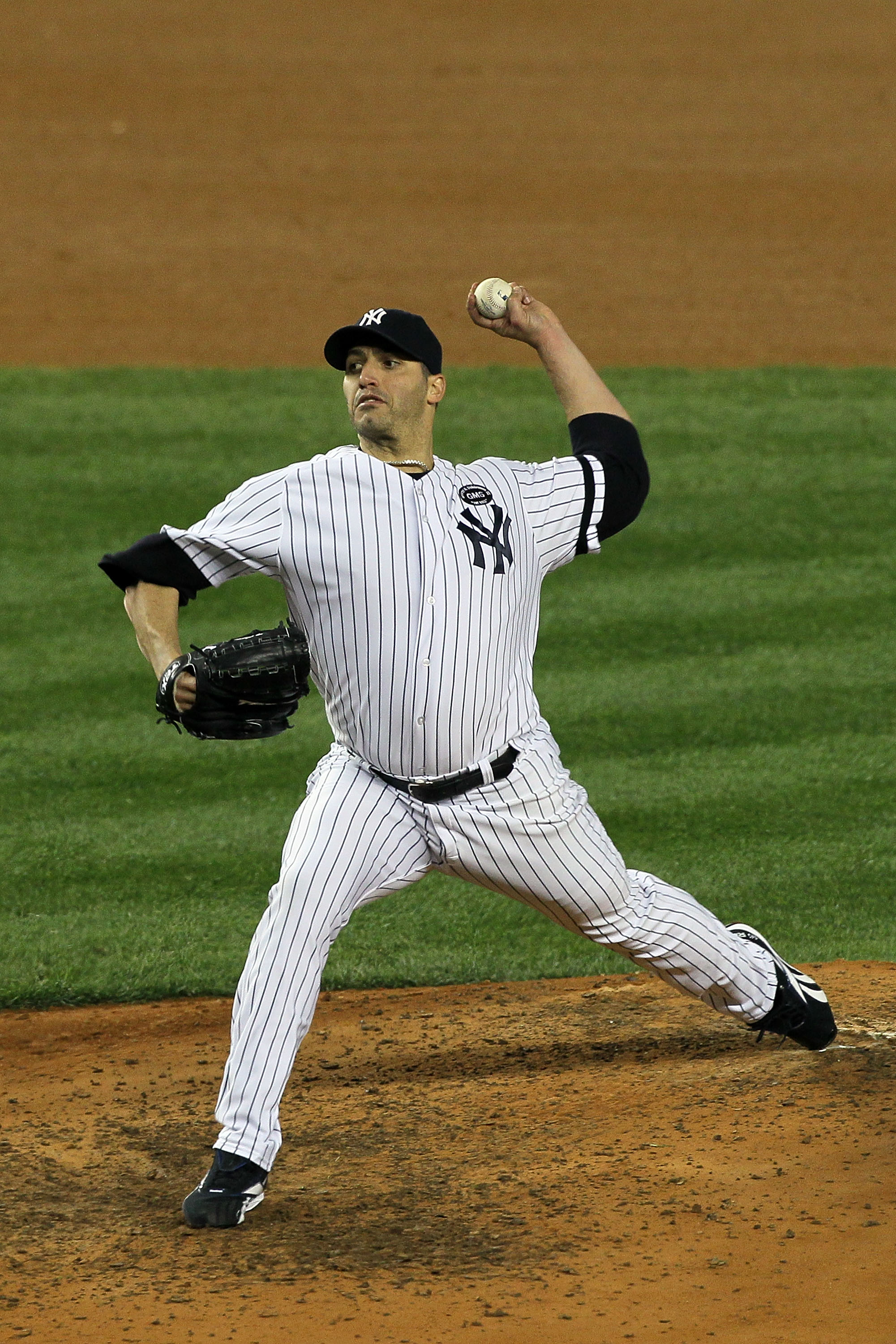 Although Andy Pettitte retired this offseason, he still owned one of the best cutters in baseball. By throwing it 20 percent of the time, Pettitte would get a lot of ground balls to the right side from right-handed hitters. He also used it like a slider to left-handed hitters.

It is the cutter with the least amount of velocity on this list, and some might call it a slider. Pettitte always insisted it was a cutter, and he built his reputation as a borderline Hall of Famer on it. 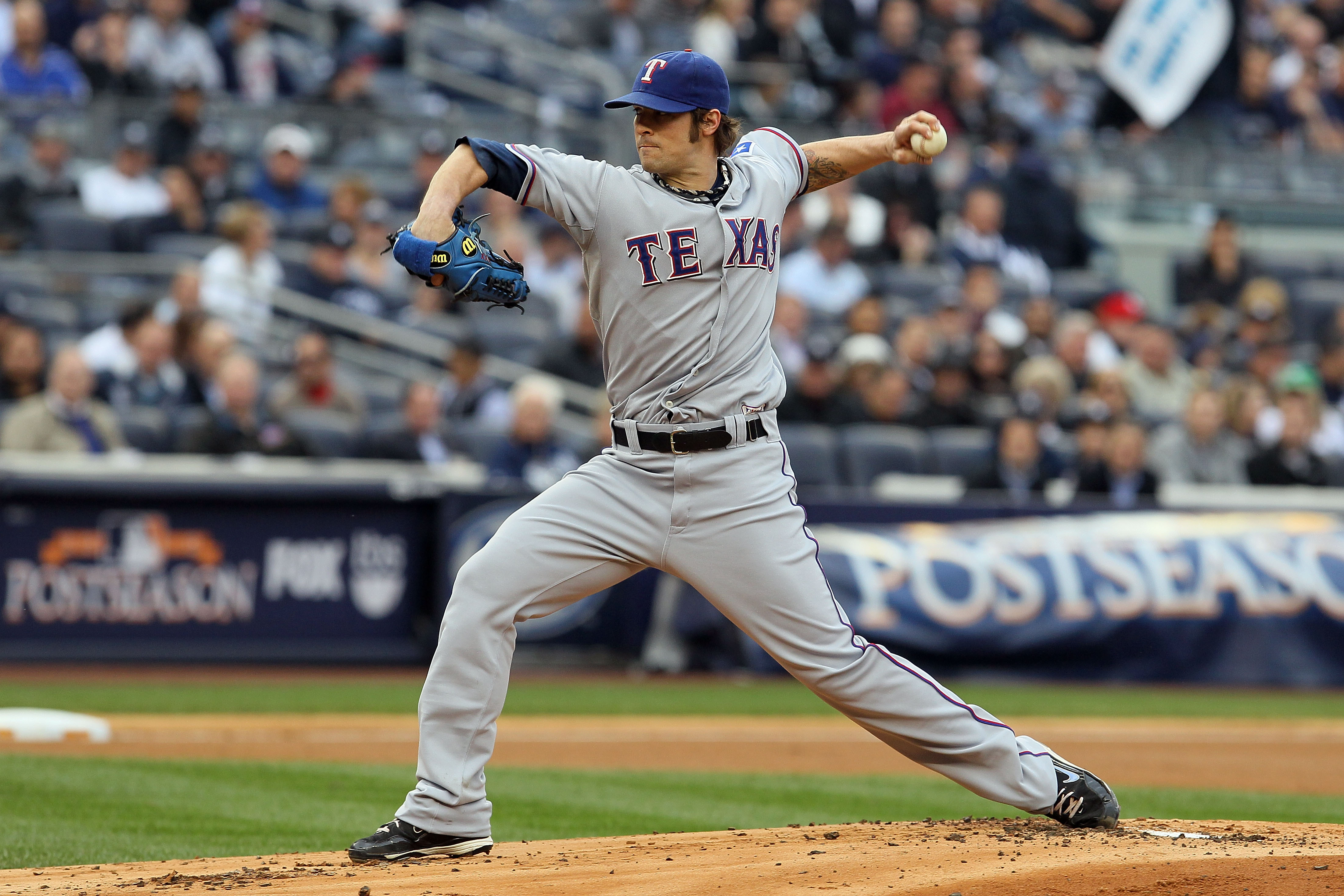 C.J. Wilson used his cutter close to 20 percent of the time. Unlike most cutters, Wilson's has almost no break at all.  He liked to backdoor the pitch to right-handed hitters as much as he would throw it inside, because his two-seam fastball has so much movement away from a right-handed batter.

Wilson's ground ball numbers (49 percent of outs) and home run rate (0.44 HR/9) were helped by the ability of Wilson to keep the pitch low in the strike zone. 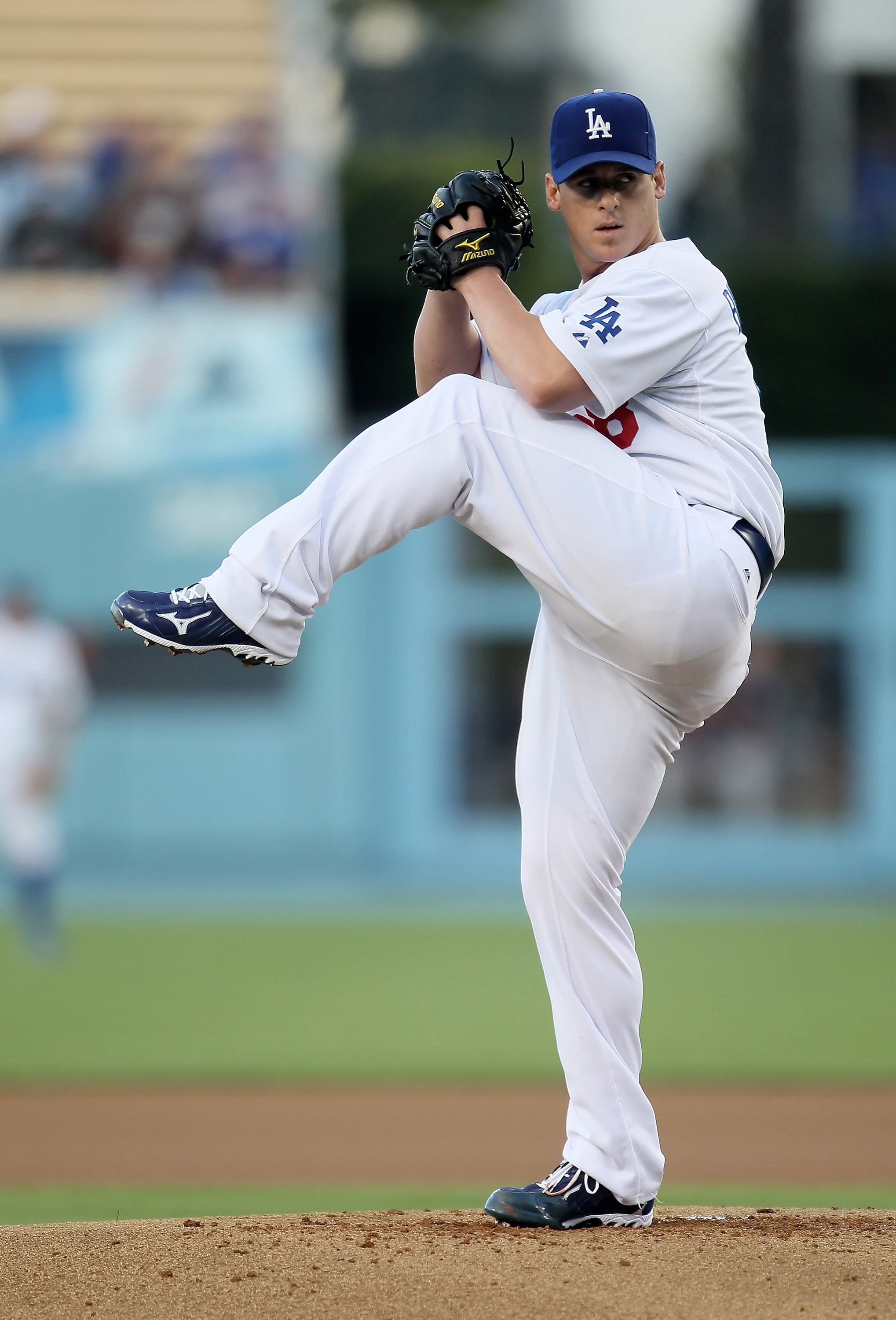 Billingsley liked to use his cutter to both types of hitters, but especially to left-handers where he would throw it mostly on the inner half.

The pitch's horizontal movement was right in between his fastball and slider, which made it extremely hard for hitters to pick up on. Billingsley would keep the pitch low, but he would occasionally try to bust it up and in to left-handed batters. 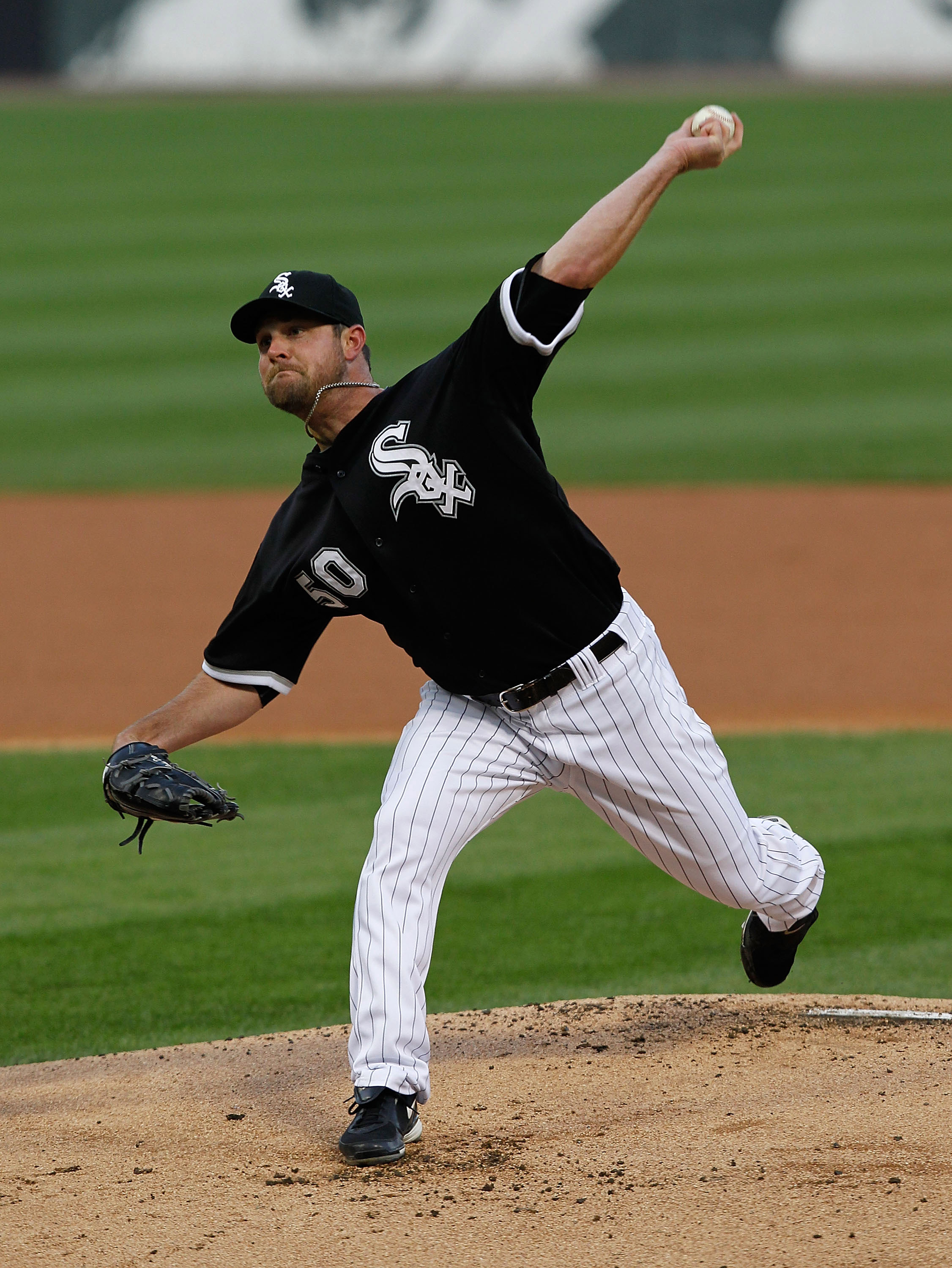 Danks threw his cutter 24 percent of the time to opposing hitters with great success, and unlike some other cutters, it has a lot of movement inside to a right-handed hitter.

He used it exclusively on the left side of the plate to both types of hitters, and unlike most cutters on this list, it had great downward movement. 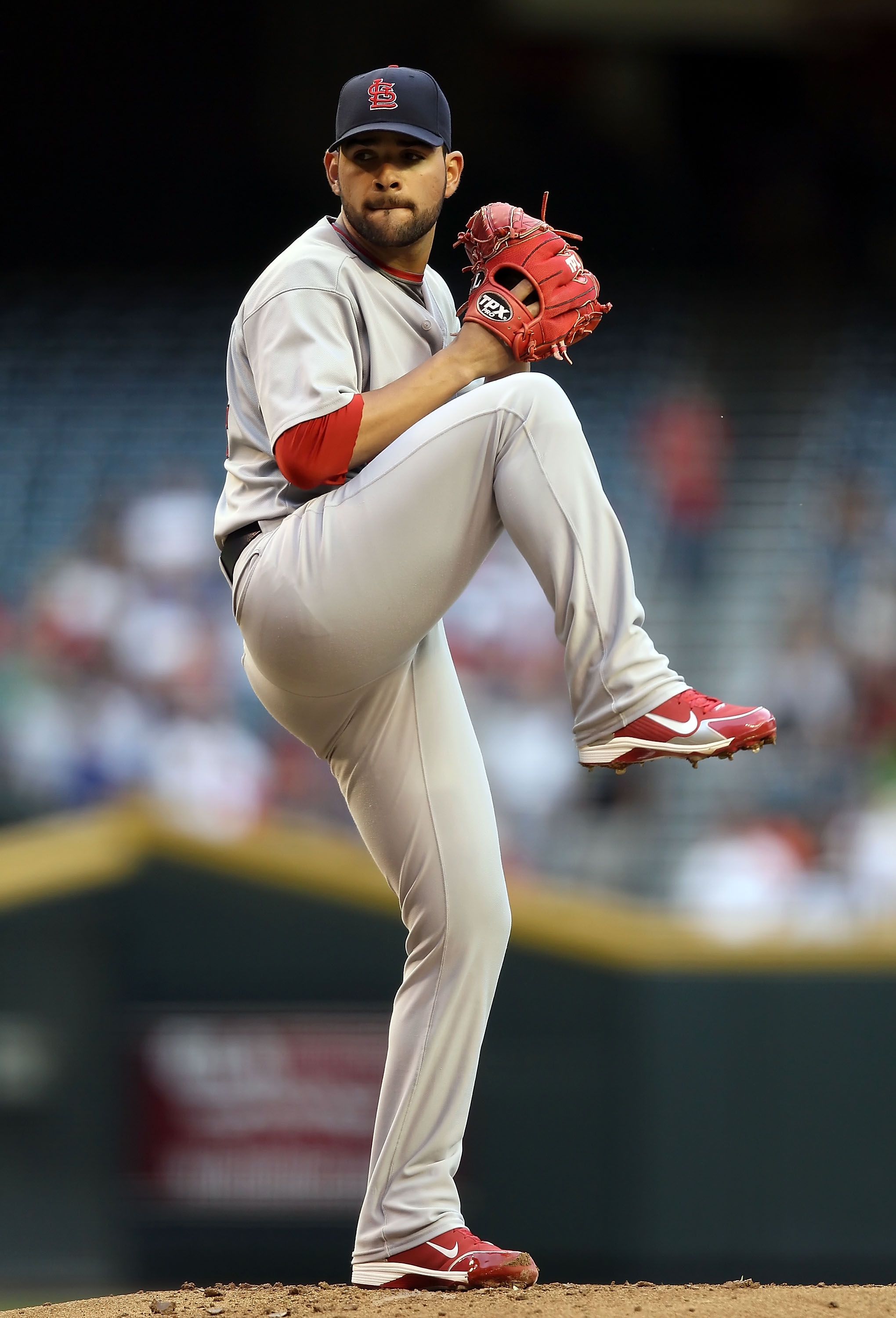 Garcia's cutter is often labeled as a slider, but Garcia identifies it as a cutter. Like Danks, Garcia uses the pitch exclusively on the left side of the plate.

It is often down in the zone and it is a pitch that helped Garcia record outs as ground balls 55 percent of the time. In addition, Garcia will often use it as his strikeout pitch. 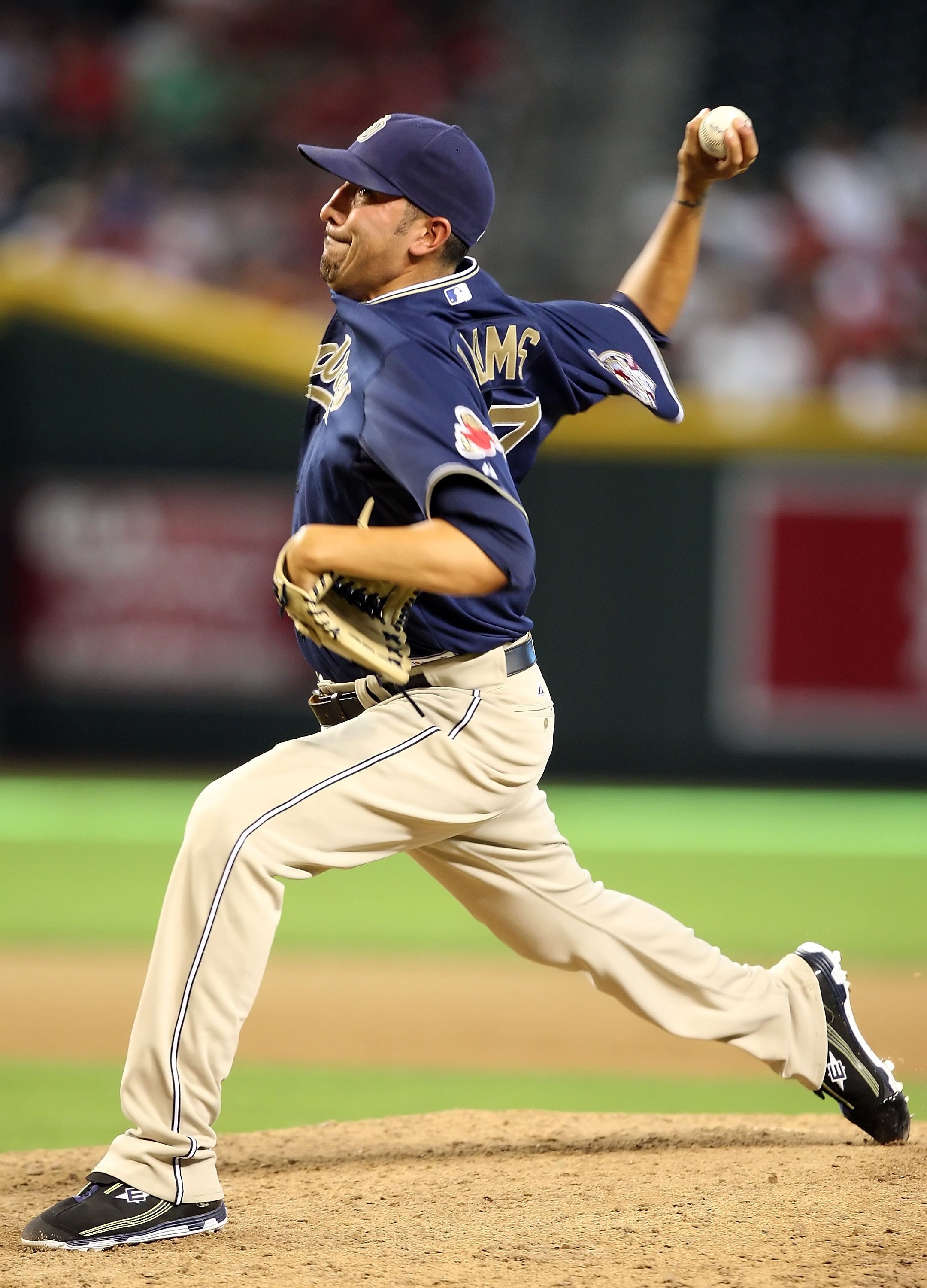 Since Mike Adams added his cutter in 2008, he has been considered one of the best setup men in baseball. It was a secondary pitch back in 2008, but now Adams throws it 41 percent of the time.

The pitch has a lot of horizontal movement inside to a left-handed hitter (the most of any right-handed pitcher on the list), but it has a decent amount of movement up in the strike zone. 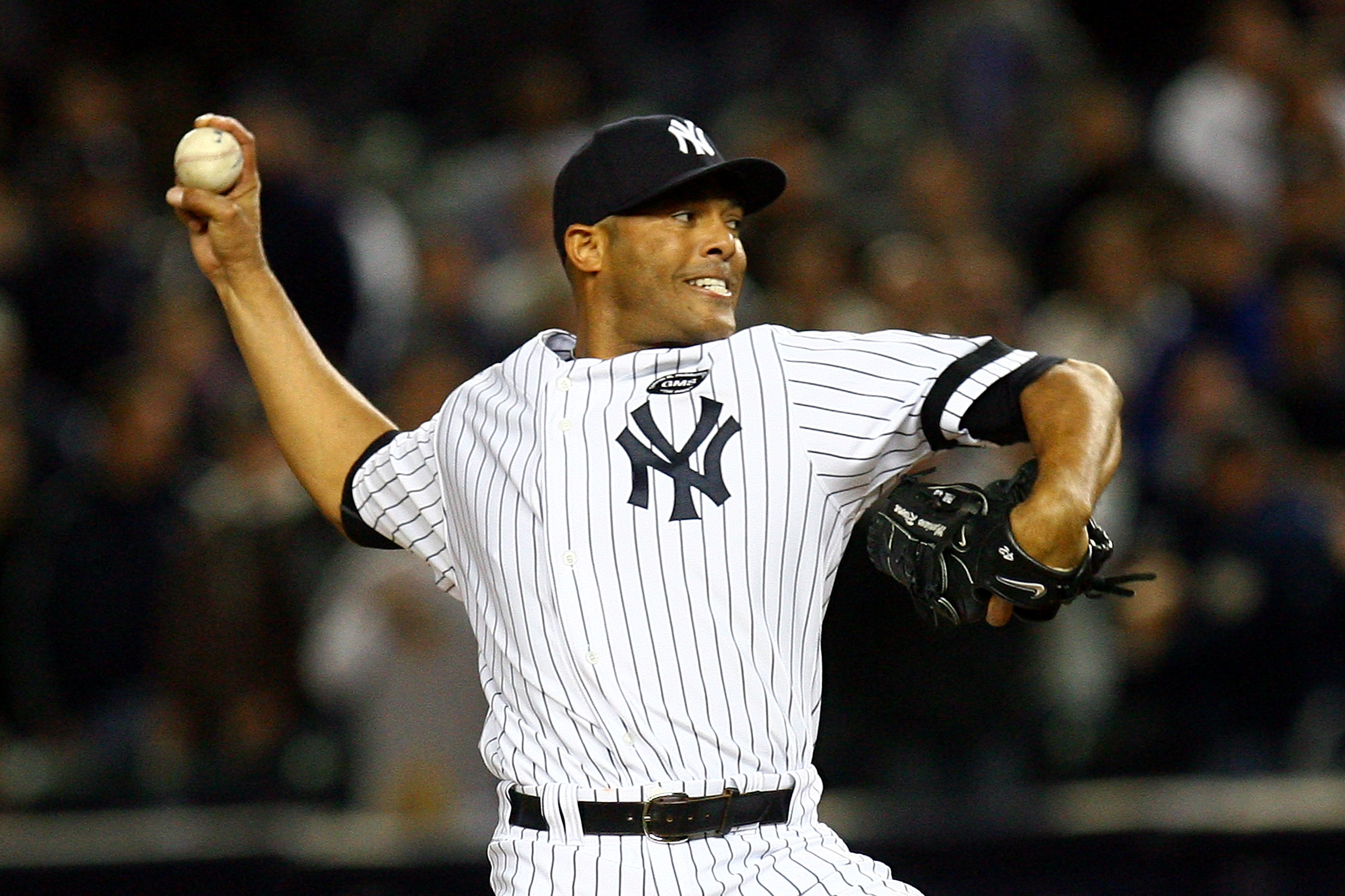 If Rivera threw as many innings as a starter, his cutter would be the highest rated pitch in baseball. His cutter has more movement up in the zone than most four seam fastballs.

Rivera's cutter has lost some horizontal movement, but it is still the best in baseball. He uses the pitch 84 percent of the time to left and right-handed hitters on both sides of the plate. 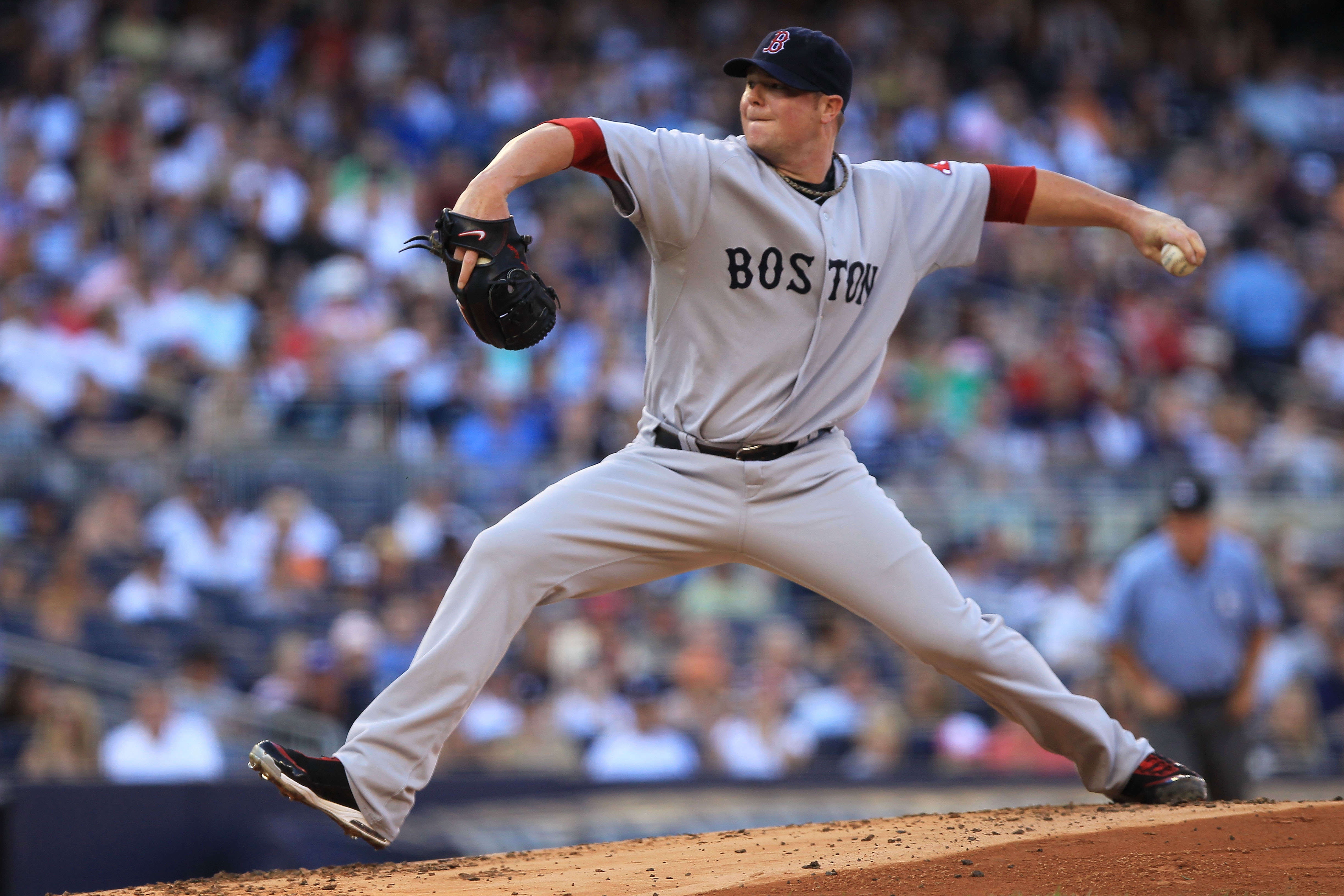 Lester uses his cutter 22 percent of the time to both right-handed and left-handed hitters, and he will backdoor the pitch to right-handed batters. It doesn't have much break inside, but it is his best ground ball inducing and strikeout pitch. 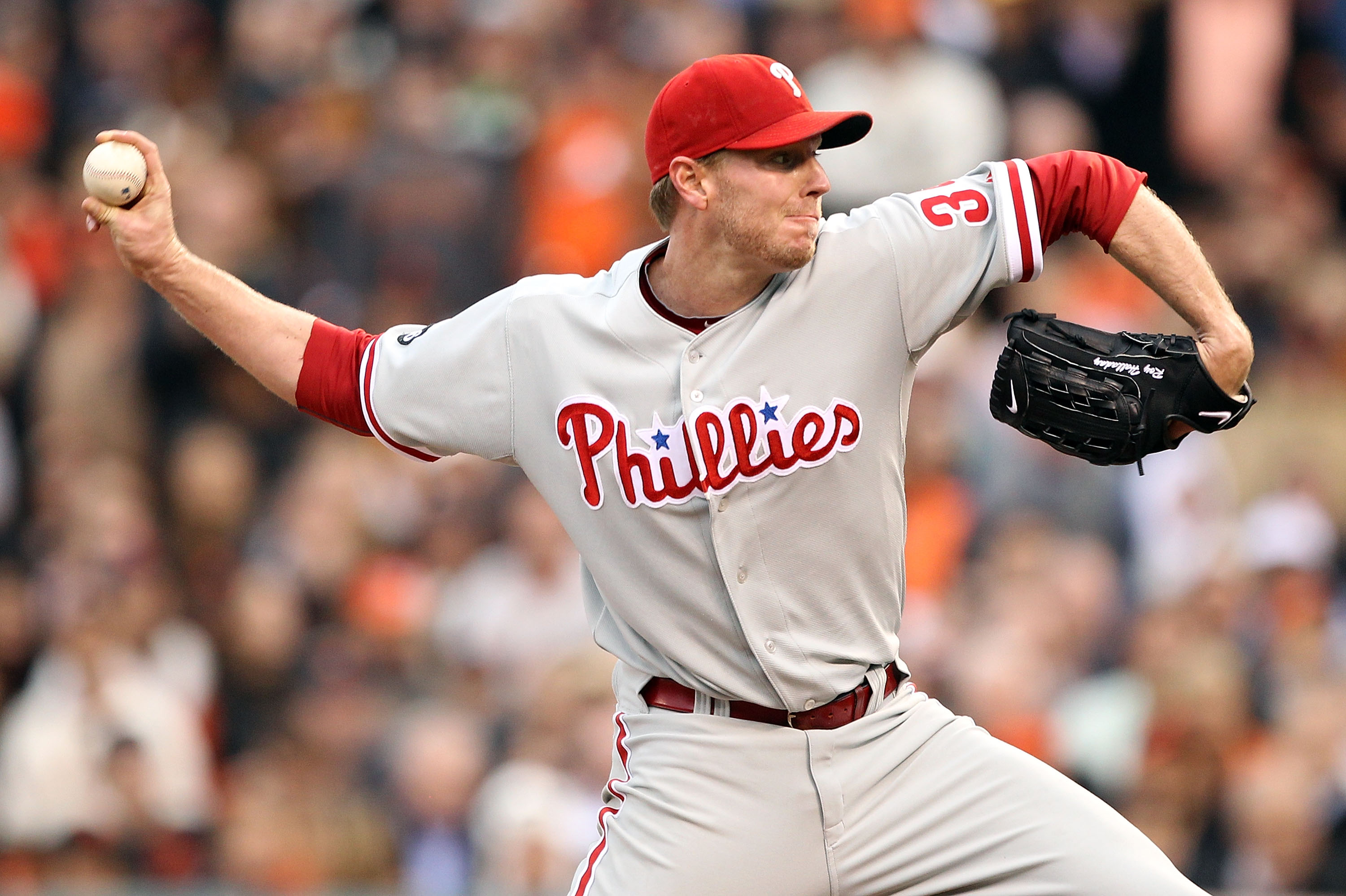 Halladay will use this pitch almost as much as his good two-seam fastball, but it has always been his most consistent pitch. There is little difference in velocity between the two pitches (fastball averages 92.1 MPH), and it makes it extremely difficult for opposing hitters to tell the difference between the two.

It has the second best vertical movement of any on this list, and I would say he has just as good command of it as Mariano.