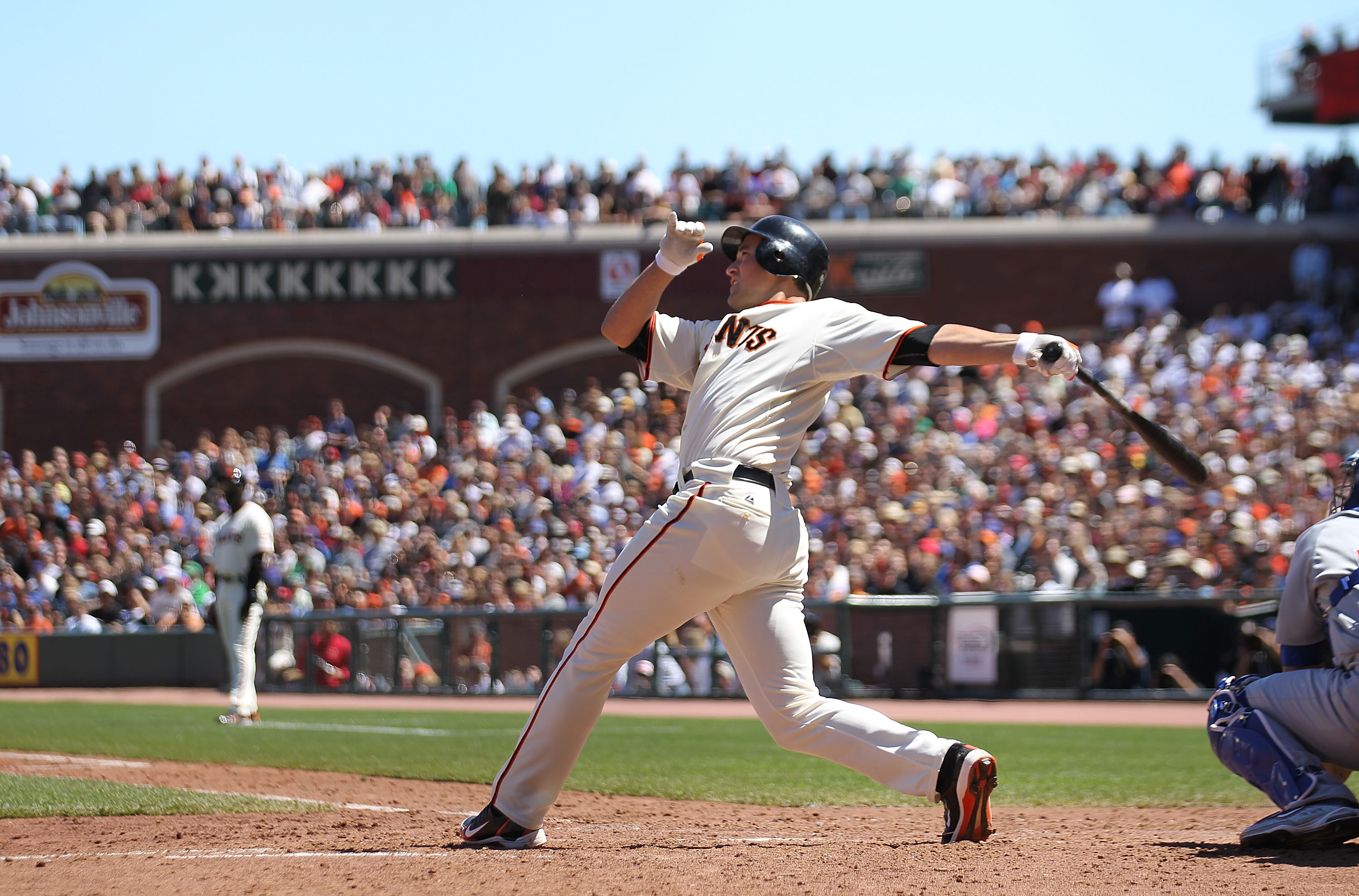 It's not a bad problem to have, but Bruce Bochy has admitted it, the San Francisco Giants have a competition for the starting spot in left field.

This is something the Giants haven't experienced in some time, what with Barry Bonds being the left fielder in the past.

But the Giants should be happy with this. Bonds is gone and they have three viable contenders to start in left field with each bringing their own unique pros and cons to the lineup.

For the sake of the argument, I am going to eliminate the Brandon Belt possibility from the equation.

No matter how hard he tears up spring training the rest of the way, all signs point to the Giants starting Belt in AAA-Fresno and not San Francisco, just like they did with Buster Posey, Madison Bumgarner, Pablo Sandoval and the rest of the gang.

The system has proven to work. So why change it?

Come midseason, or whenever the Giants decide to call up Belt, this argument never happened.

Aubrey Huff moves to left field and Belt starts at first base. It's a done deal.

Until then, we may have a game of musical chairs going on in left field.

Here are the three main players to be considered for the left field starting job. 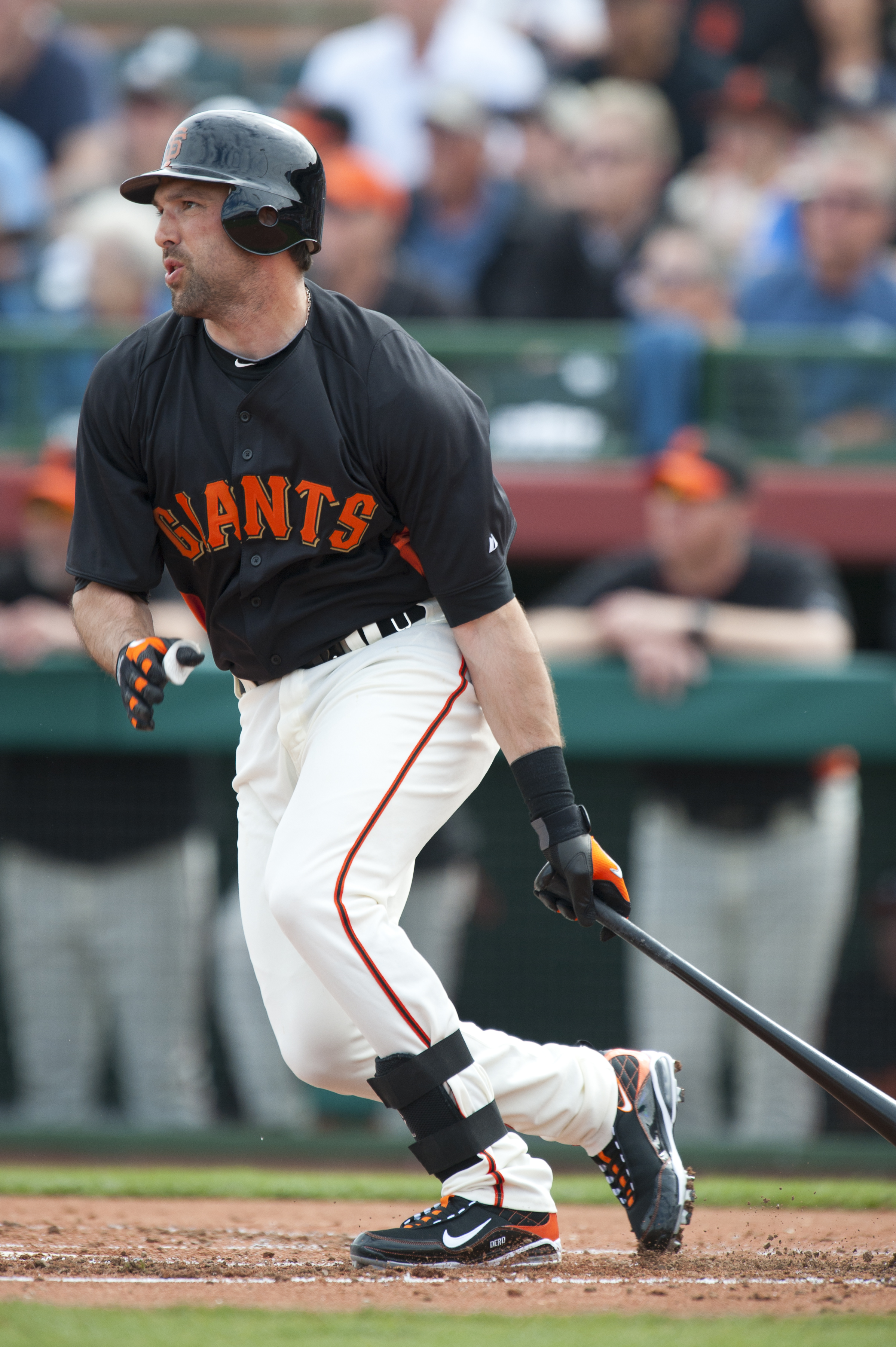 The biggest role DeRosa played last year in their World Series Championship run was in the dugout.
He was essential to the team's chemistry even though he sat out virtually the entire year with a wrist injury (Ya, let's go with that...).

The good thing is DeRosa isn't hard to replace, as their World Series Championship rings proved.

Yet, DeRosa is in the mix to start in left field.

DeRosa isn't going to get you big numbers. At his age and where he is at in his career, DeRosa is a utility player, but efficient if called upon.

He is injury-prone right now and that may hold the Giants back from giving him a starting spot in left field.

The plus is that he will contribute when called upon and be efficient in the field—that might be enough of an argument for the Giants to start DeRosa in left field. 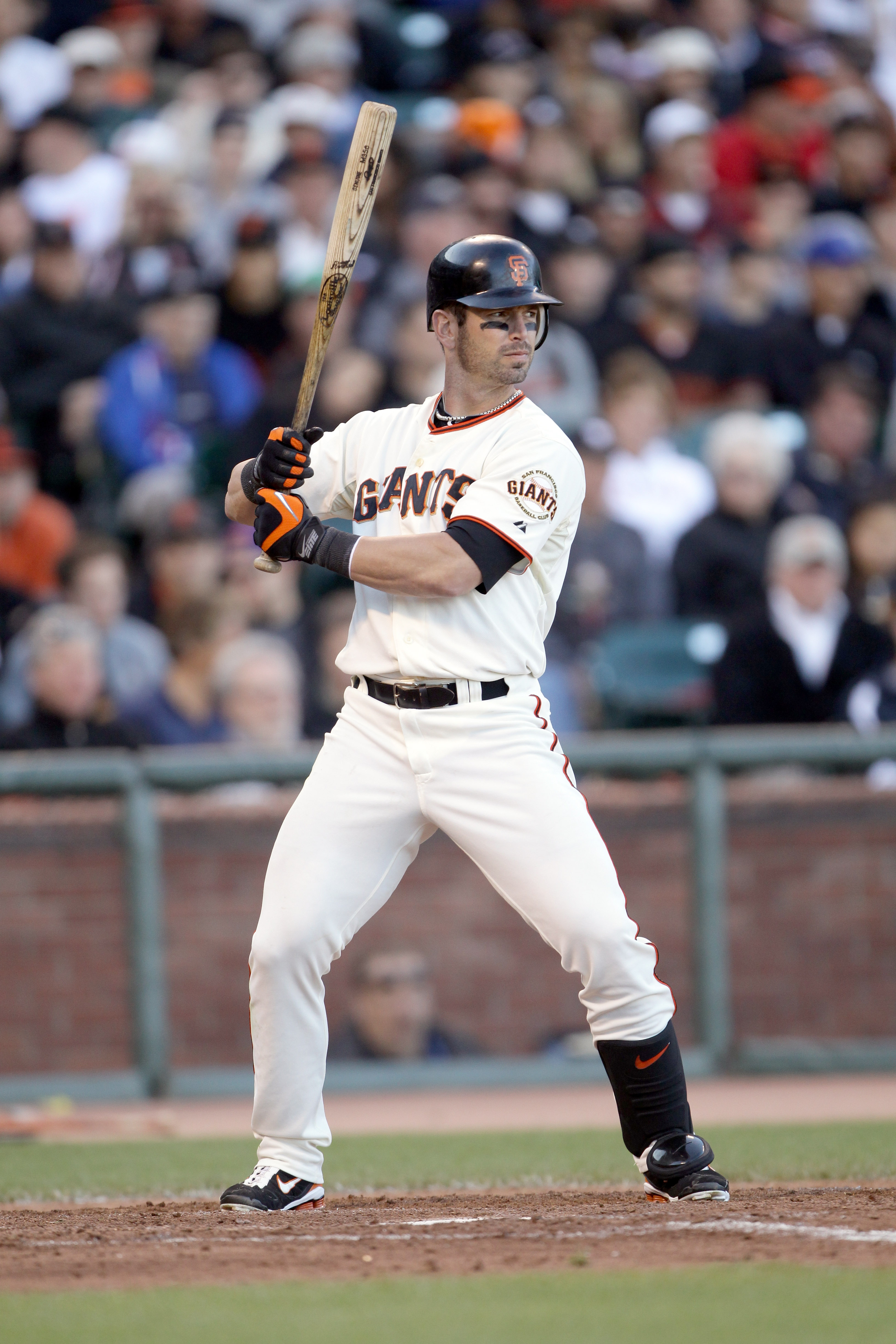 Whether they are prepping him for trade or just want him to be more of a utility tool, Rowand's stock is clearly dropping in the Giants' eyes.

Rowand is just another contract the Giants have regretted and will have to eat if they decide to move him elsewhere, which appears to be the plan.

Rowand can still contribute, but not in the same fashion he once did, or that his contract says he once did;
hence the move to left field.

Rowand is not going to hit for average or give you consistent numbers, but Rowand brings two things to the table: 1) he can play the field well and 2) he provides at least a bit of a hitting threat in the lineup. At least compared to DeRosa, who we have no idea how he will hit coming back from missing a season with injury.

Not to say Rowand should win this left field battle. He has shown no life in spring training and the Giants' decision to try him out in left field has sent a clear message to him.

But it is not a bad problem if you have Aaron Rowand in the discussion for left field. The Giants could do a lot worse. 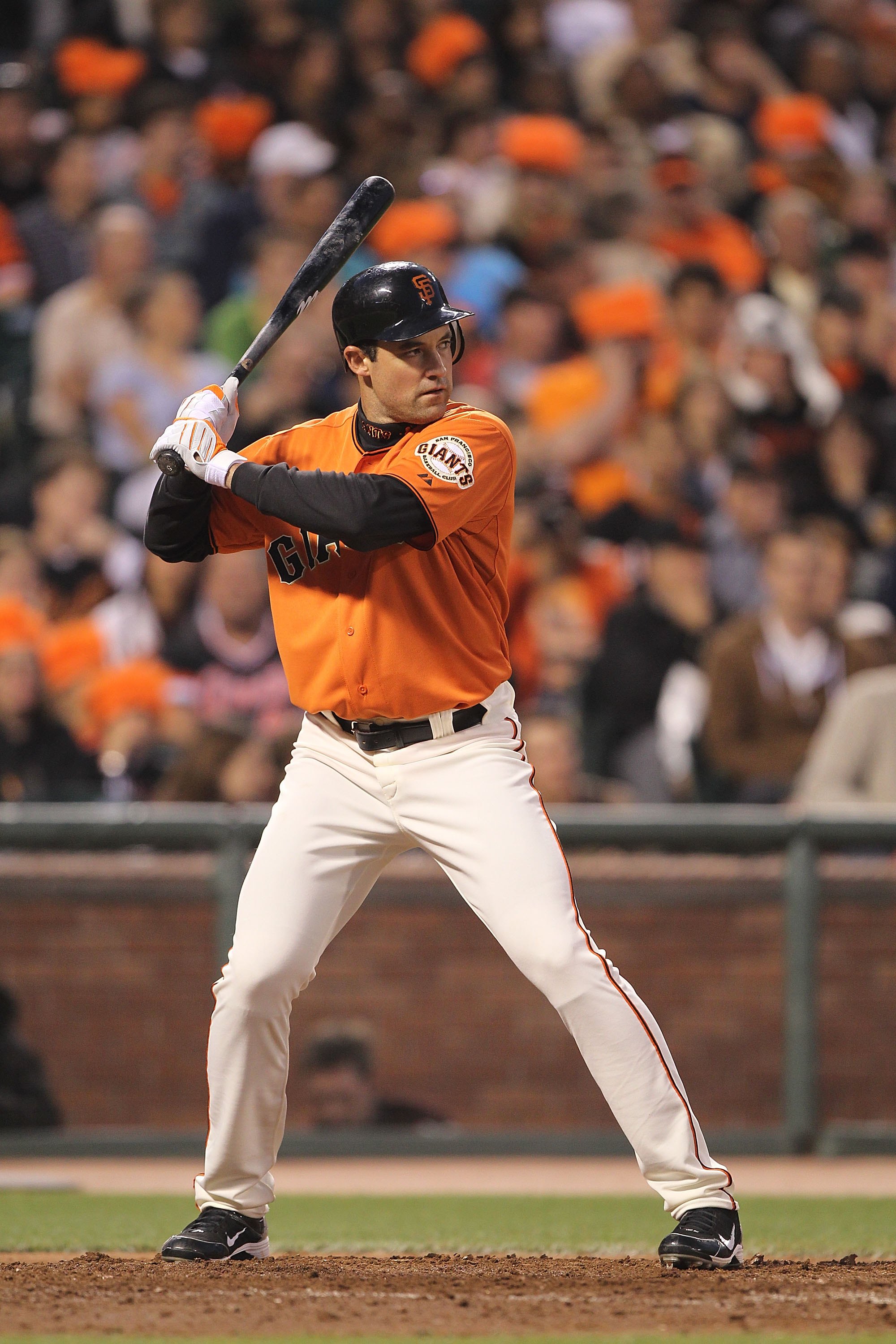 World Series stats aside, Burrell is the best player to start in left field for the Giants.

Of course, it is hard to put Burrell's World Series production on the back burner. He was abysmal.

But Burrell brings more to the table than both DeRosa and Rowand.

Burrell isn't going to hit for a very good average, he never has. And he will be a defensive liability in left field.

But what Burrell brings to the table is what the Giants lack, and that is power, or at least the threat of it.

All the Giants want is the threat of the home run. They'll take more, but the threat is what counts as of now.

Burrell has proven he can provide timely hits and timely home runs, but everything else he does turns everyone, including the Giants, off. Which is why there is a competition.

Burrell brings more to the lineup than anyone else in the left field competition and right now is the Giants best option for the time being.

Like I said, there are three viable contenders for left field. The good news is that if one doesn't cut it, then the next one steps in, which is how I think it will ultimately play out.

But Burrell should win this battle based on the fact that he just brings more to the plate than the others.