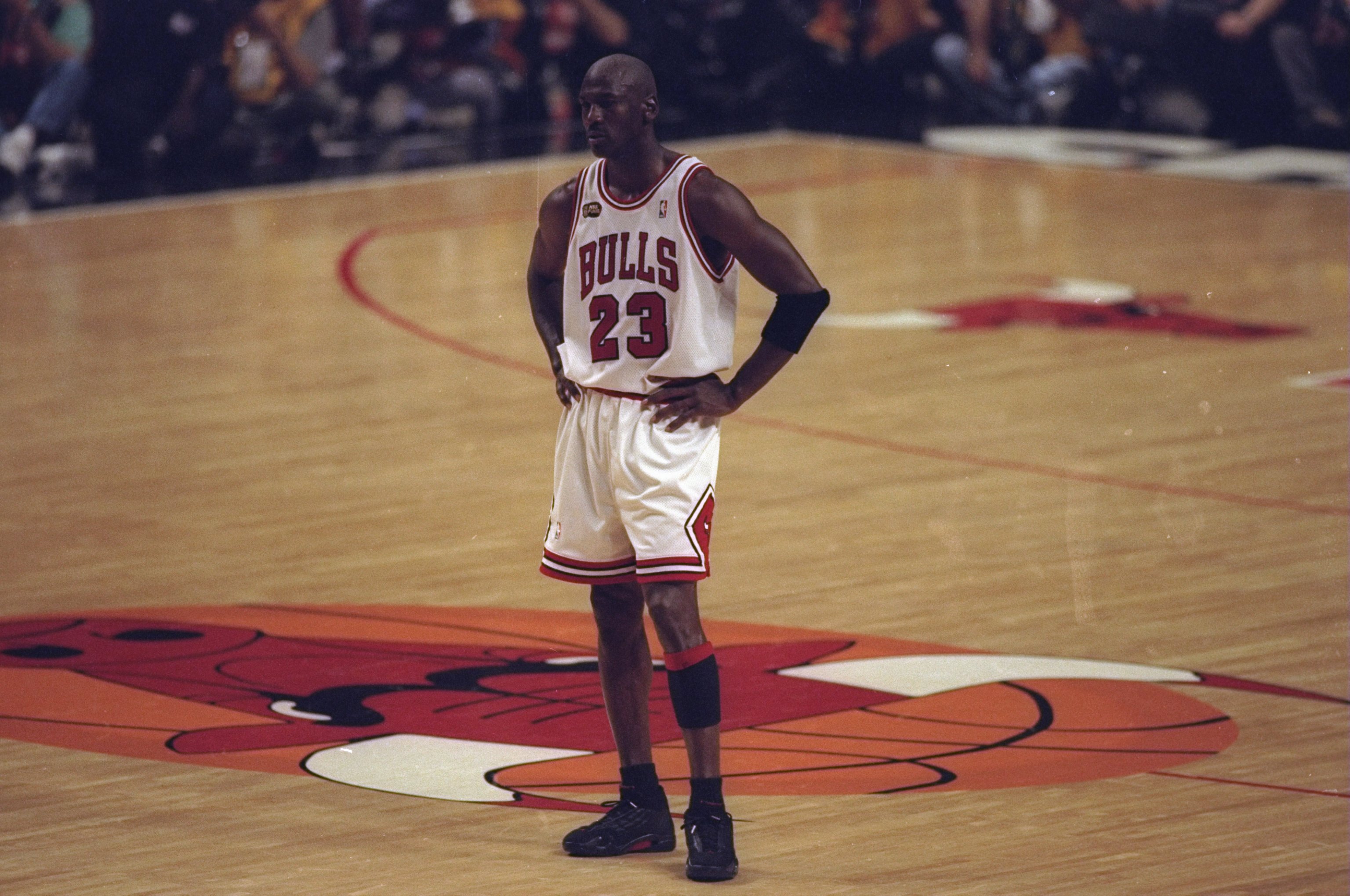 Michael Jordan is the only player in NBA history to never score less than 20 points in any of his Finals games but that is just one reason that every time the greatest player ever never once let his team lose in the Finals and was named Finals MVP all six times.

The truth is that although he did record the best Finals and playoff stats of any player ever it was that he was never a sidekick and he took control of every single Finals game he played in and JUST ABSOLUTELY REFUSED to let his team lose a Finals series, which no one else can really say (Duncan is 4 for 4). He never even let it get to seven games - not even once, which is sick.

Why is Jordan the greatest. His stats? Yep. 10 time scoring champion? Yep. Defensive Player of the Year? Yep. Five time NBA MVP? Yep. Perfection in the Finals with 6 MVP's? Yep and Yep.

Here we see why no one can can in this guys rare air. 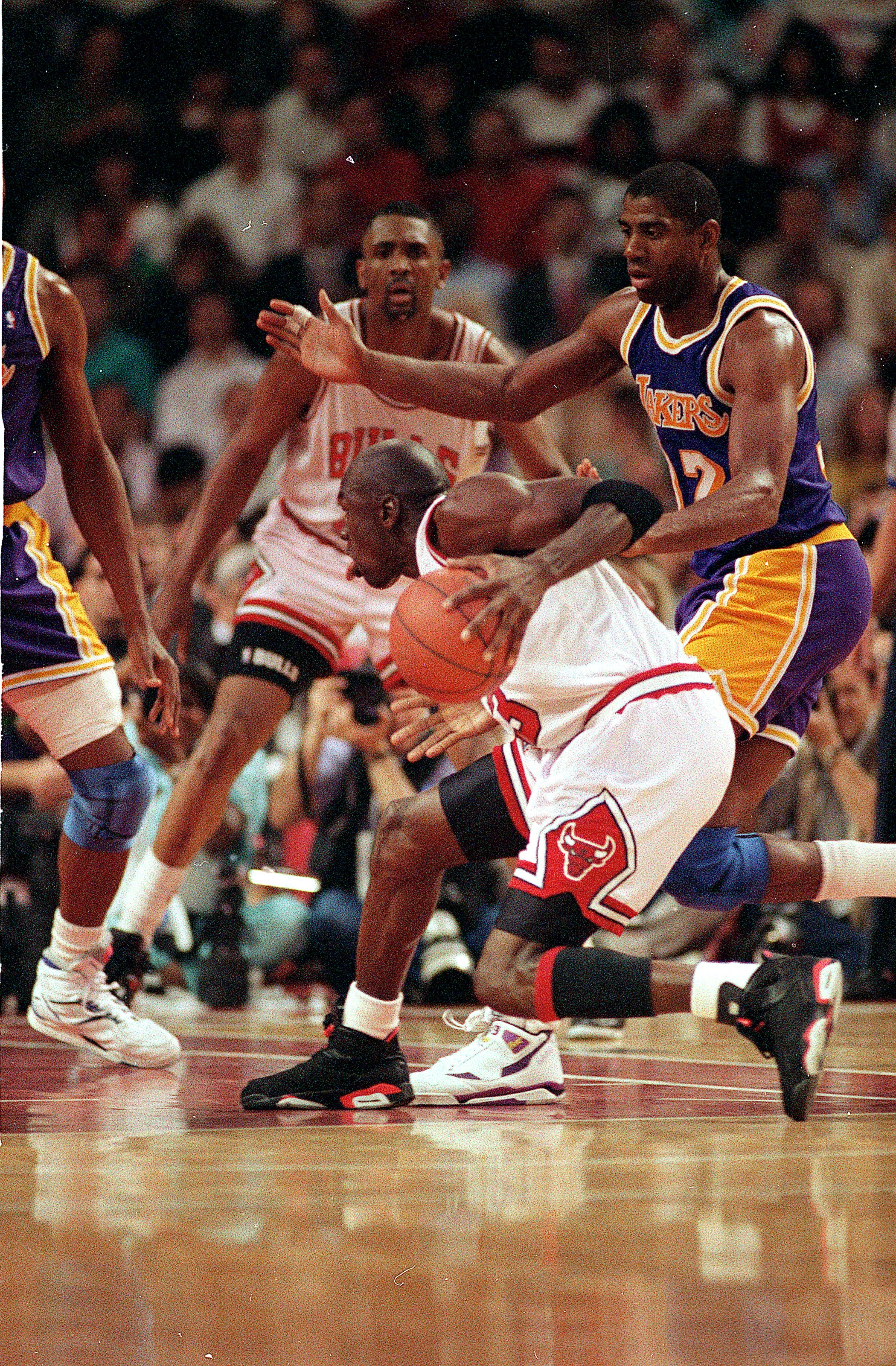 Man you should'a seen this kids! Yo, this was straight sick. MJ went up against Magic and went out and busted through with four straight wins to take his first title.

The fabled Lakers couldn't hang with this one man. Don't even try the Pippen statement. Believe me, I was there dude. Pippen could do nothing on his own and he actually kinda sucked, except on defense. But Jordan was just dirty with it. He scored and passed better than Magic himself and averaged over 10 assists and 30 points. WTF?

In game one he scored 36 points had eight rebounds, 12 assists and three steals.

In game four he scored 28 points, dished off for 13 assists and had five rebounds and two blocks.

In the closer MJ had 30 points, 10 assists and five steals.

Can't hate on that. That is the GOAT right there. 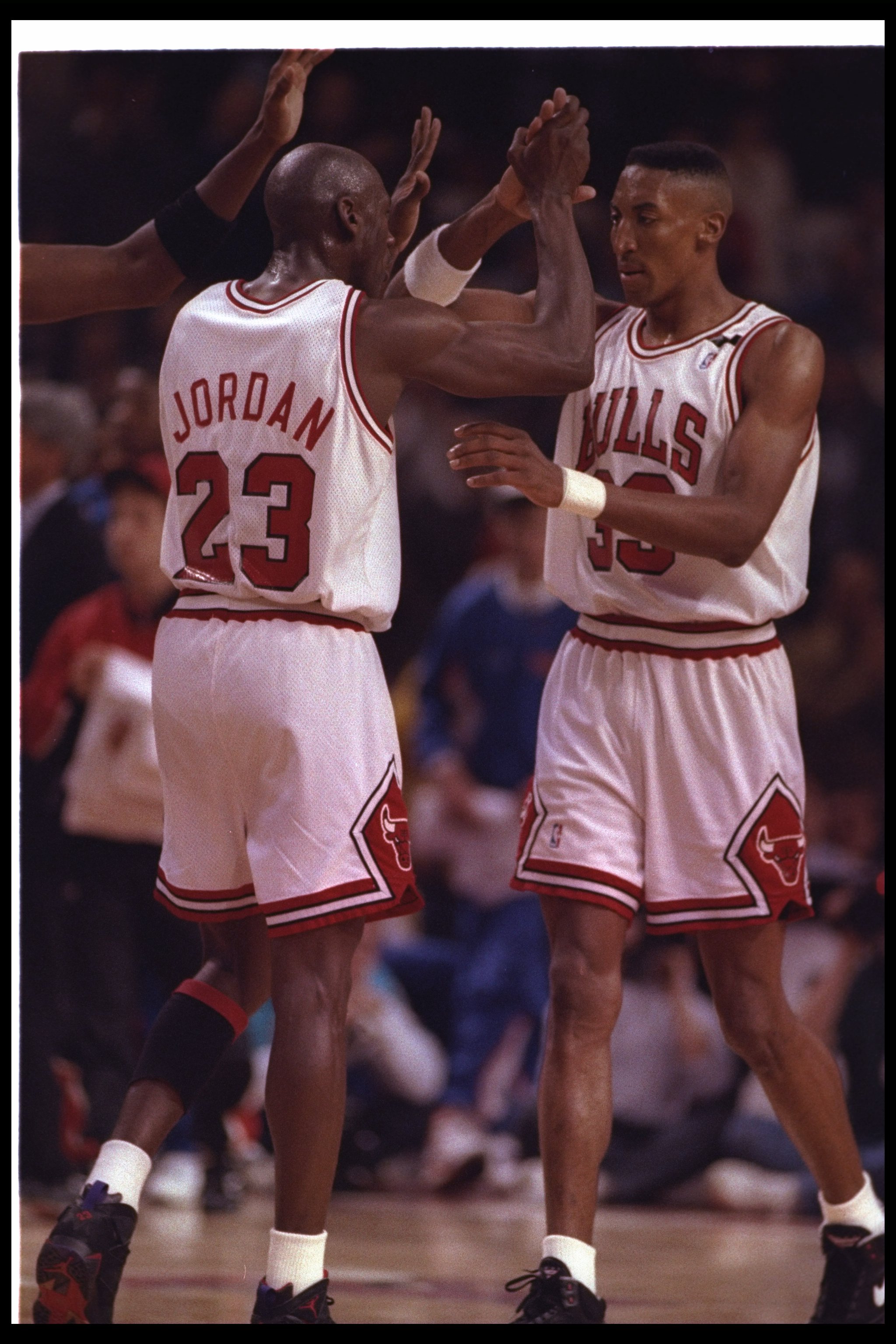 6'7" Drexler was in his all-around prime and the Portlans team had way more options than Chicago who had uh....Michael Jordan.

He showed what was up in the first 24 minutes of the series. No one, even if they were bigger, heavier or stronger ever could or did stop him. Did they? Nope.

In game one he scored 39 points in 34 minutes and added 11 assists, but the six threes before halftime is the most exciting half in Finals history. 35 points at halftime is still a Finals record beeatches!

In game four he scored 32 and added five rebounds and six assists.

In the closer MJ scored 33 points, had four steals, four rebounds and four assists and one block. 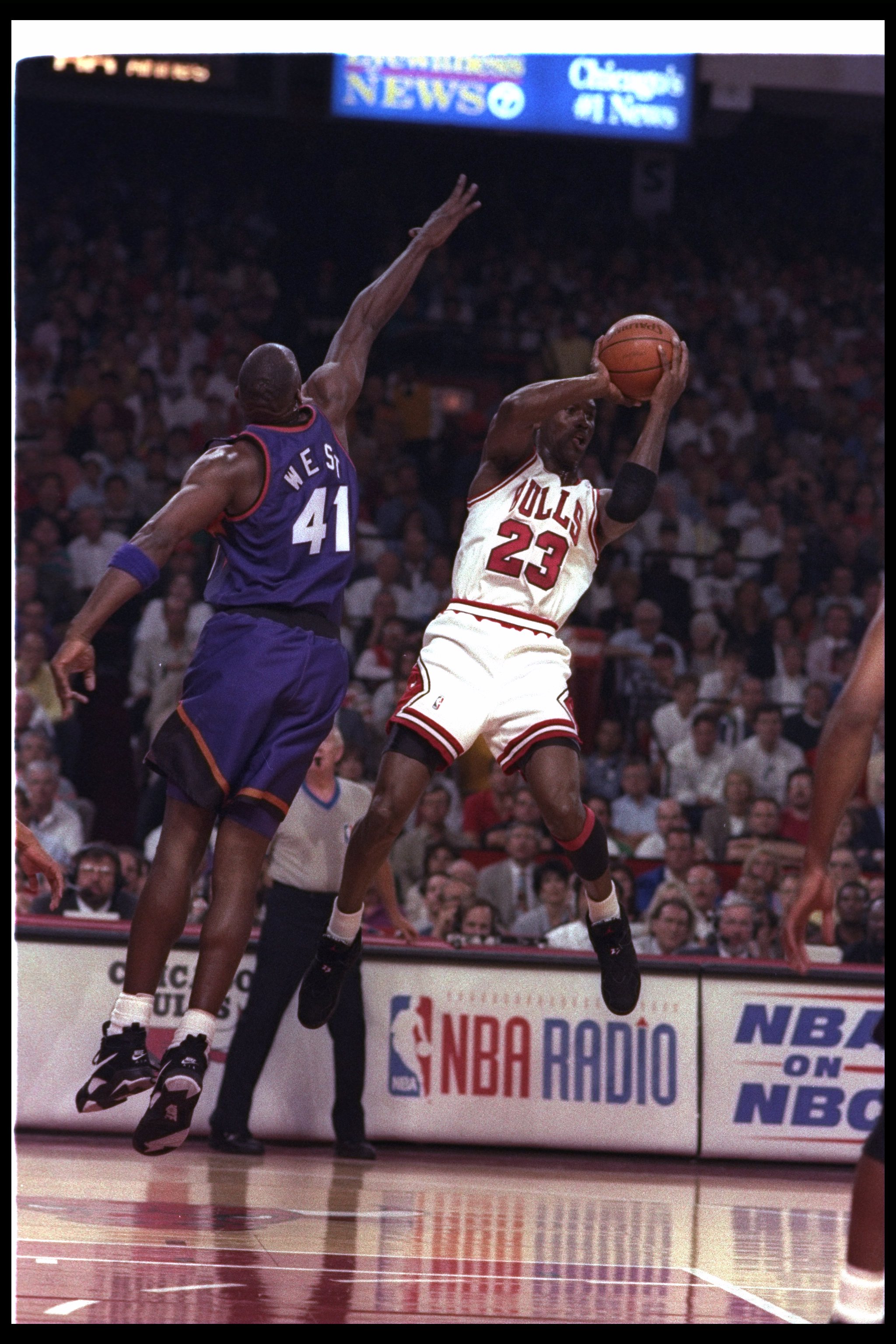 All MJ went out and did was record the highest scoring average in a Finals series ever with 41.0 ppg. Yep, let's see anyone in the league today be that dirty in the Finals. IMPOSSIBLE!

Yes, that was FOUR STRAIGHT FINALS GAMES WITH OVER 40 POINTS. Get yourselves a reality check people. I saw every game MJ was obviously the best player in history and Pippen wasn't really that awesome in this series. Get it real: MJ is the only reason they won against a superior team. 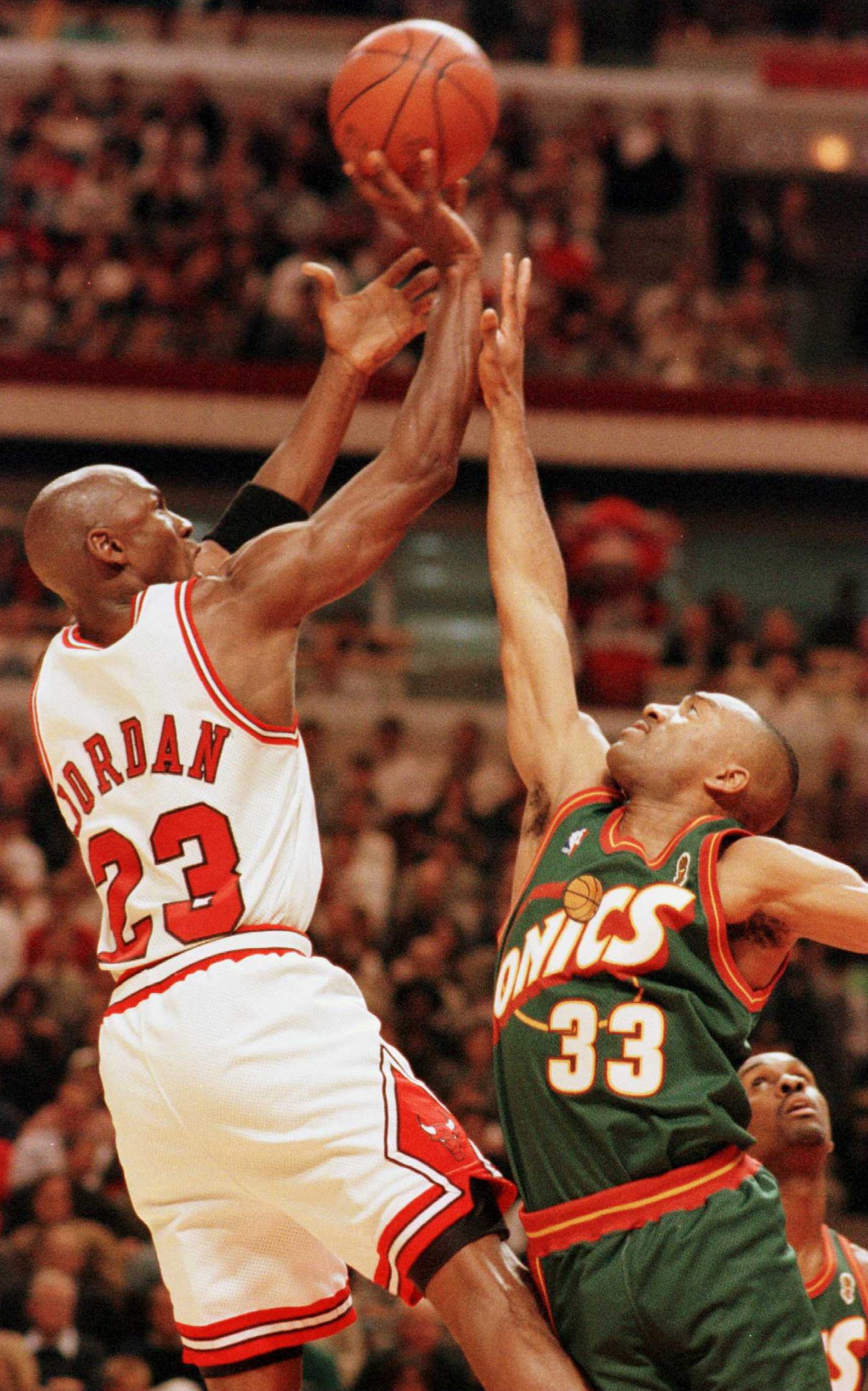 So he said to himself and his teammates - watch this!

He proceeded to lead his team to the greatest single season in NBA history with a 72-10 regular season record.

In game one of the Finals MJ scored 28 points and added seven rebounds.

In game three MJ scored 36 and had five assists and two steals.

In game four he scored 23 but the rest of the Bulls were actually on fire.

In the closer MJ and the Bulls won so easily that MJ only needed to score 22, which is the least points he has ever scored in the Finals.

Payton and Kemp could stop every one but not MJ. 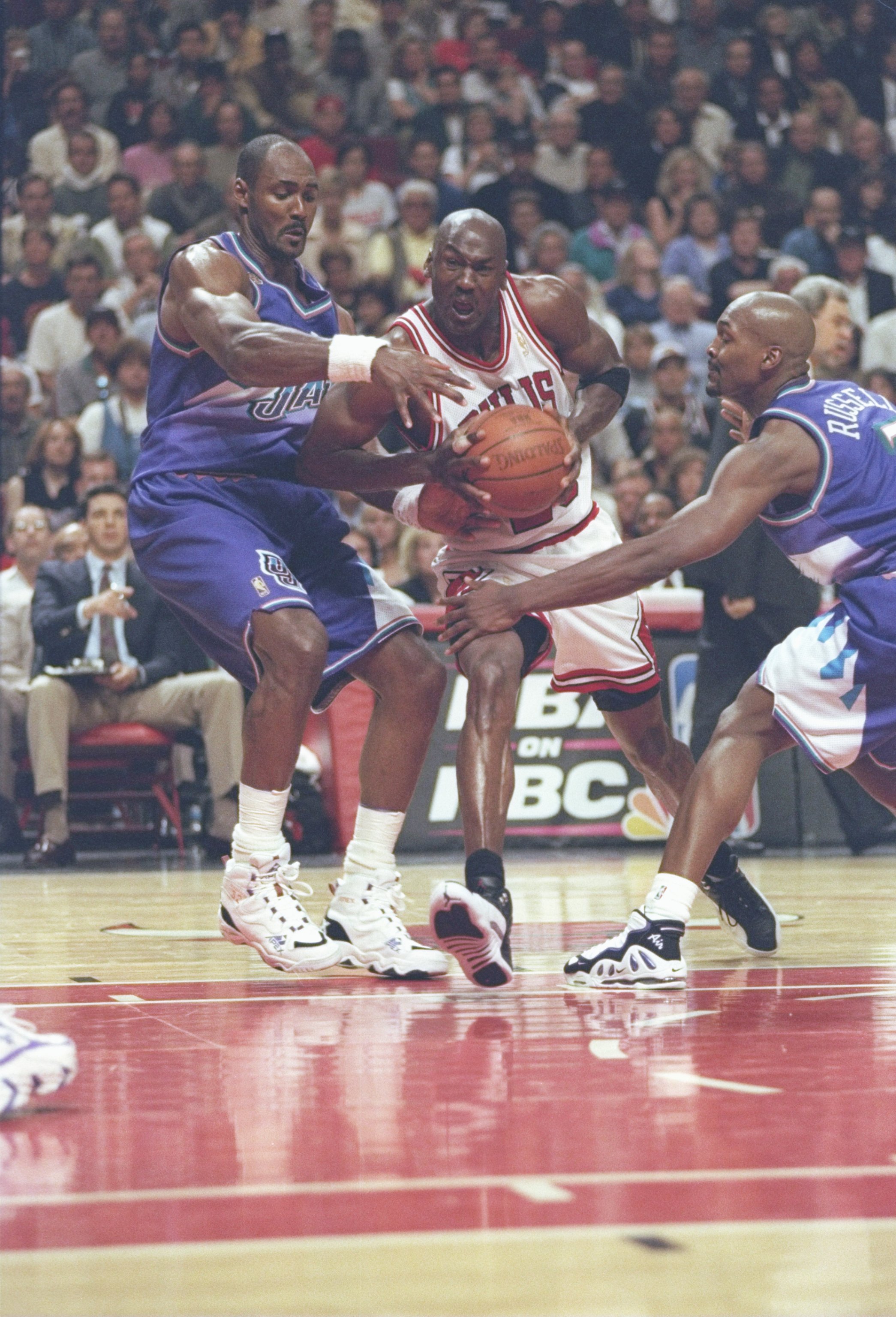 MJ was there for every game and led the NBA in scoring both times, shooting 50%.

In game one of the Finals vs Stockton and Malone and Hornacek -  MJ scored 31 points and added eight assists.

In game two he scored 38 points with 13 rebounds and nine assists and two steals.

In game three he scored 26 points and had six assists.

In game four MJ scored a game high for either team with 22 points.

In game five MJ scored 38 points (he was sick that day too).

In the closer MJ scored 39 points and added 11 rebounds.

Man, this dude was 34 and schooling these guys still. Jordan will not be topped we was that freaking great. 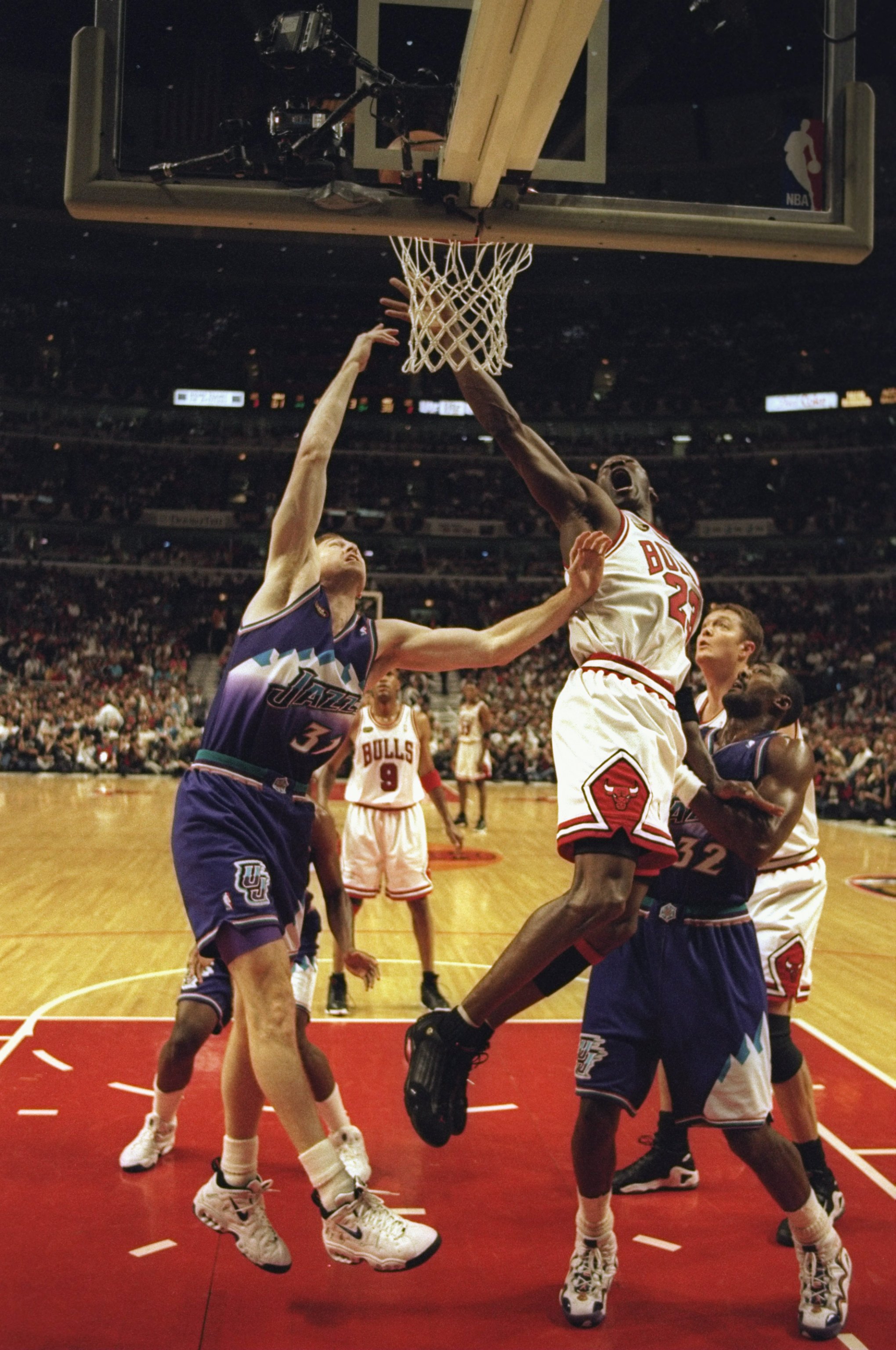 At age 35 MJ became the oldest MVP and scoring champion ever.

He also led the Bulls to a 62-20 record and took them to face Utah again.

In game three he had 24 points in 32 minutes, because the Bulls were SO ahead.

In game five Jordan scored 28 and had three steals.

In his last ever Finals game (cuz he retired again after this one) Jordan scored 45 points! One of his four steals led to him hitting the greatest and most famous and momentous last shot of a Finals series ever.

They way he held his hand in the air was so cool. No one left has such style. 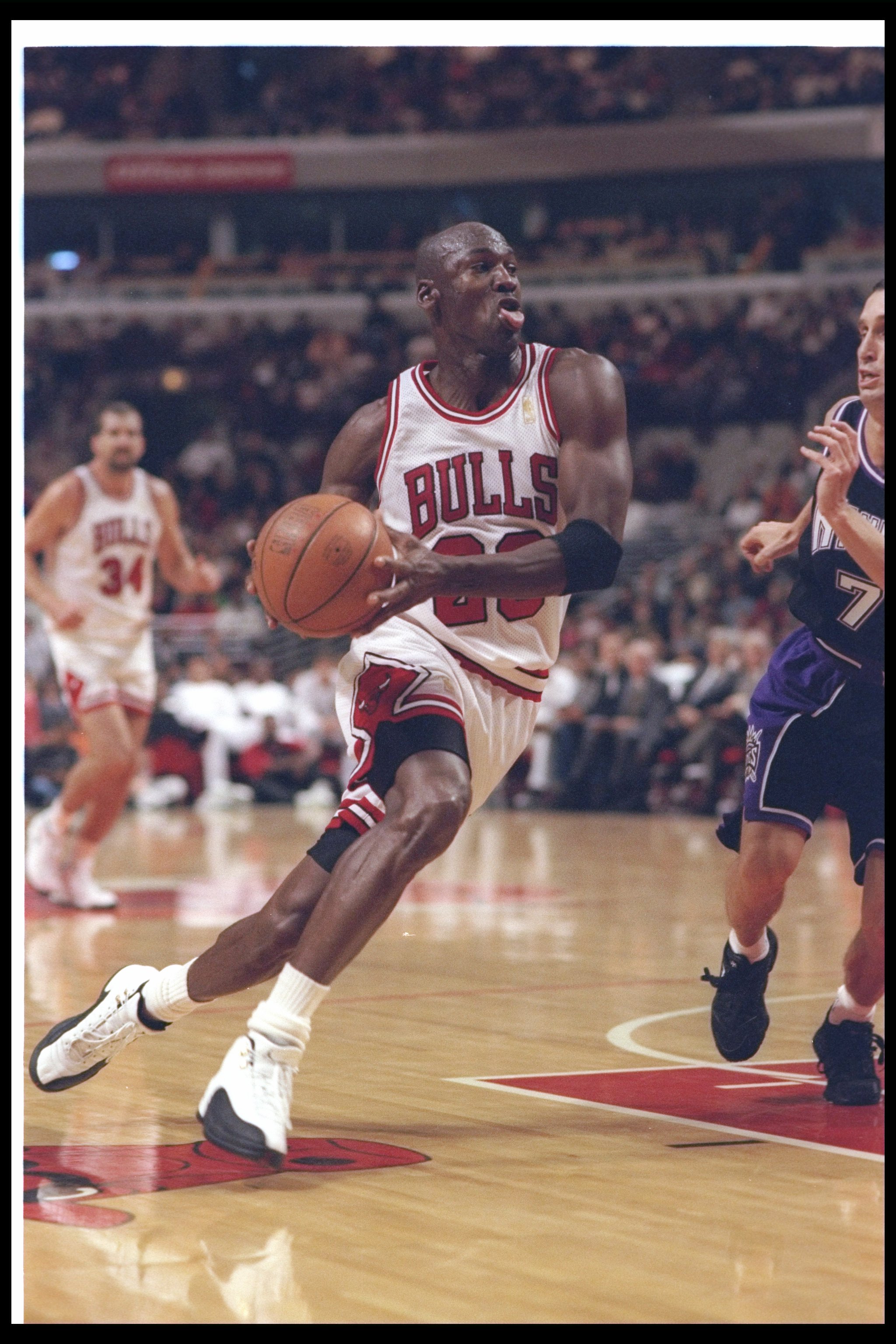 There are over 100 reasons I can think of to explain how MJ is the greatest player who cannot be passed, especially by any player in the NBA today, but the whole point of this story is to show one thing.

Kobe didn't do anything to make them win (and he had Malone, Shaq and Payton on his team so there's no excuse for losing), so he aint even in the conversation. In 2008 the Lakers lost even though they had Gasol. MJ never had a center worth much, but he never lost anyway.

Put prime Jordan on the 2008 Lakers and they'd be champs for sure. You know how I know? MJ NEVER ONCE LOST IN THE FNALS BECAUSE HE WOULD NOT ALLOW IT TO HAPPEN.

That is why Jordan is the greatest ever: they all lost and he didn't.

MJ is the GOAT and you must accept it in order to be happy.