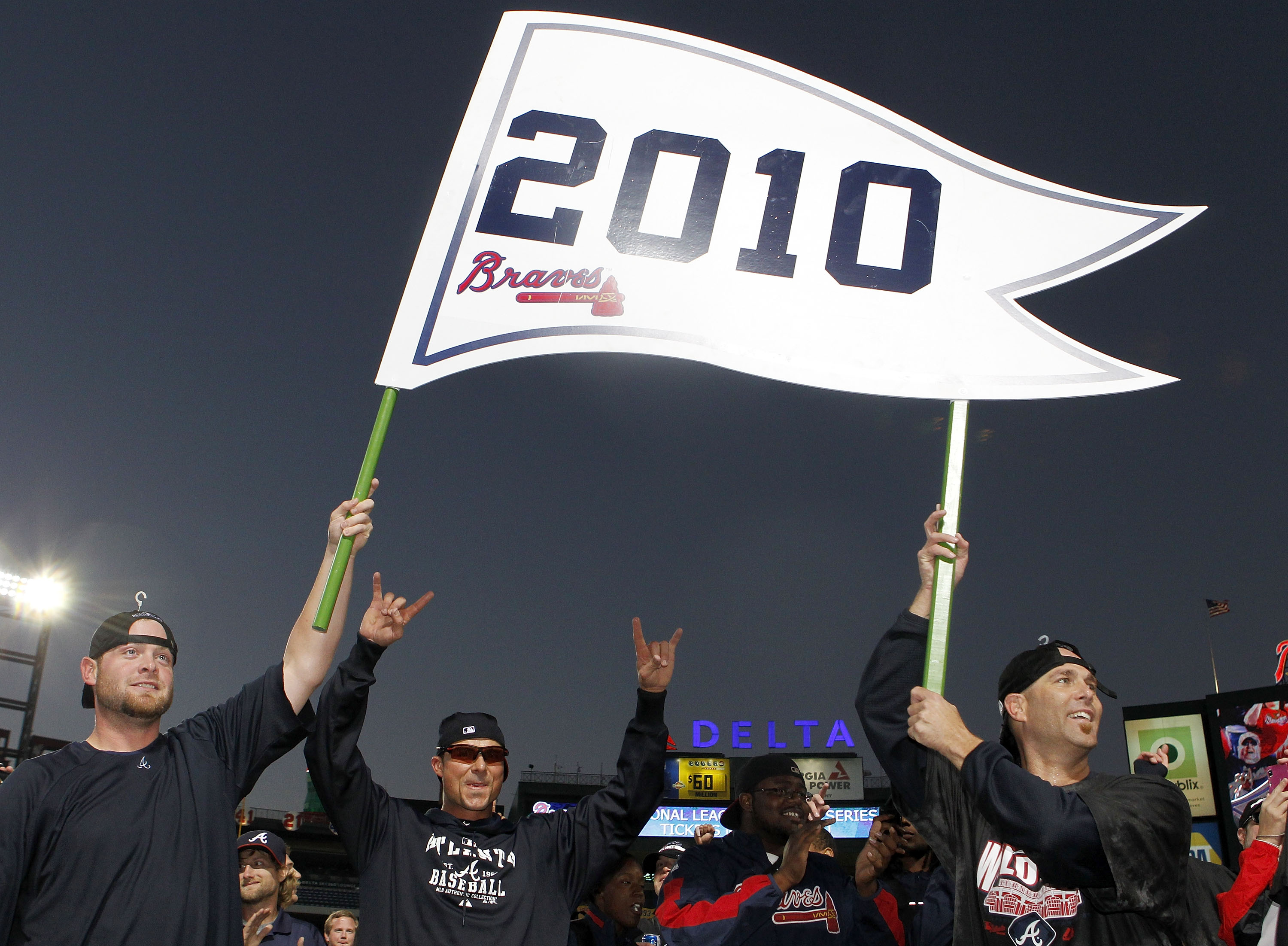 The Atlanta Braves finished the 2010 regular season with a 91-71 record, which was good enough to claim the National League Wild Card. They lost in the divisional round of the playoffs to the eventual World Series Champion San Francisco Giants in four games with every game being a one-run affair.

New manager Fredi Gonzalez replaces the legendary Bobby Cox and has a roster that should be in the playoff mix again.

Let's take a look at player-by-player projections for the 2011 Braves based on the probable Opening Day lineup. 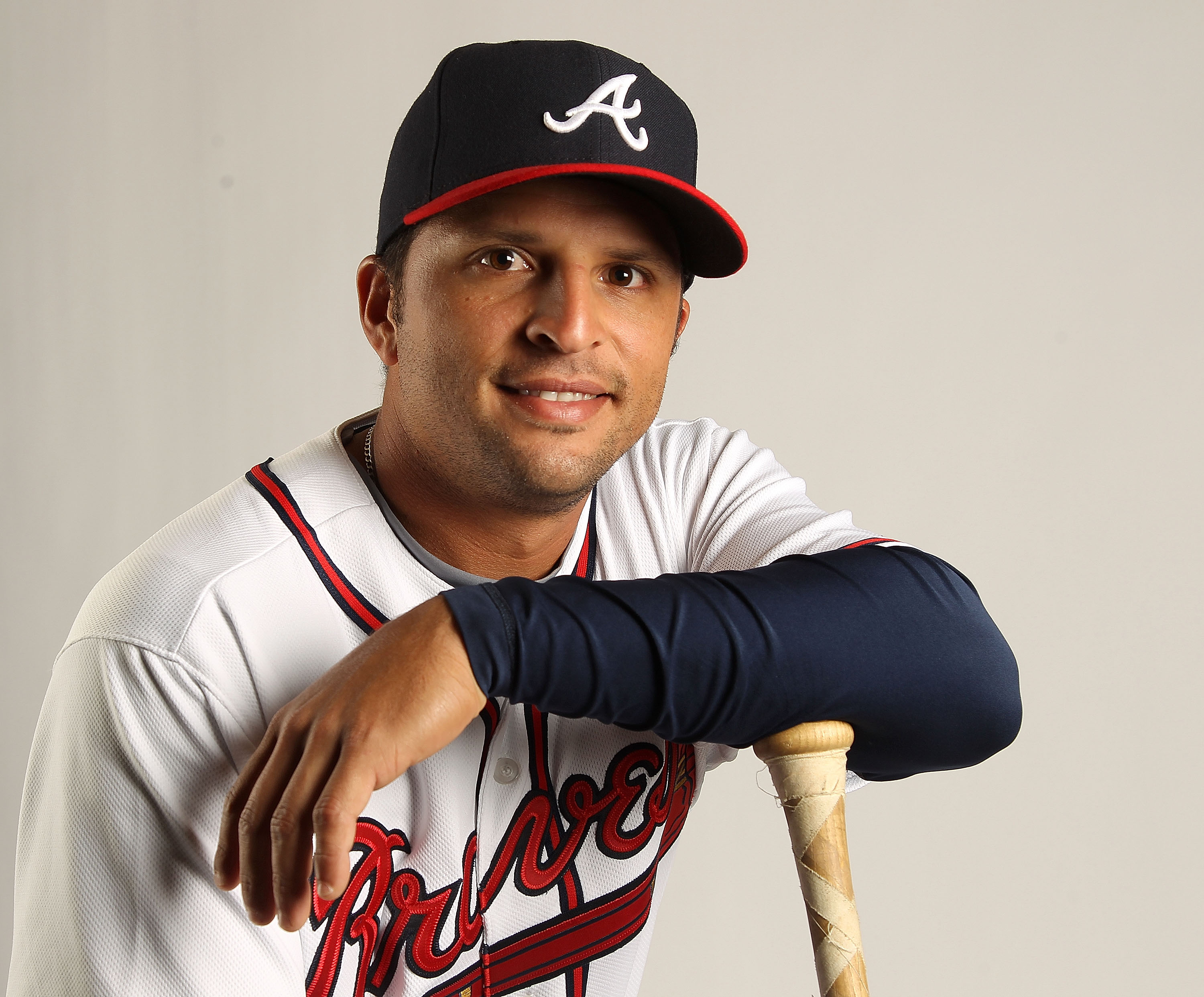 Prado moves to left field following the acquisition of Dan Uggla to play second base. Prado hit .307 with 15 home runs last season before his season ended early due to a hip pointer and torn oblique muscle.

He said he wasn't initially pleased to be moving to the outfield, but he hasn't made it a public issue and will provide the Braves with much better production in left than they had last season. 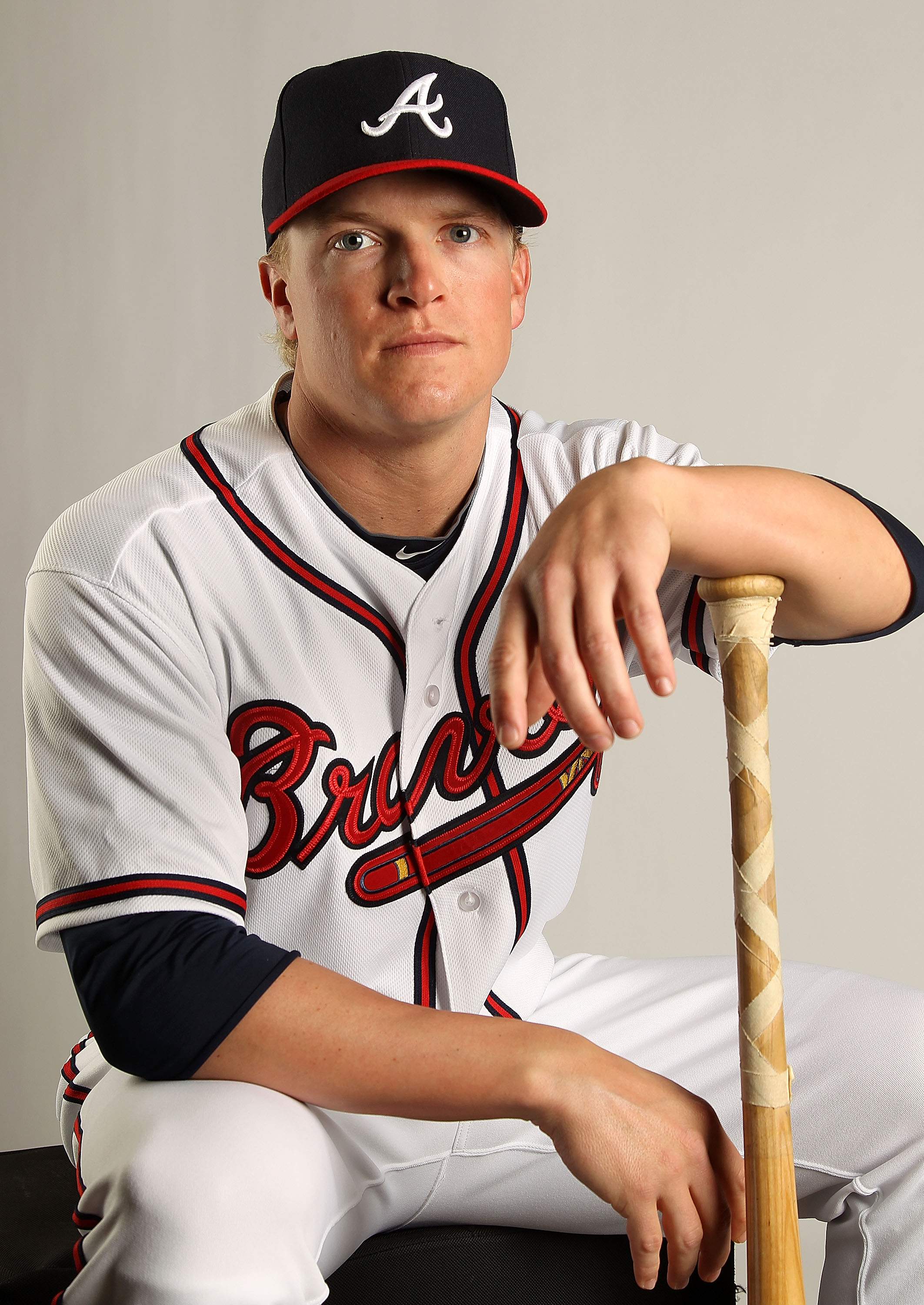 McLouth will attempt to rebound from a brutal season that saw him spend over a month on the disabled list with a concussion after running into Jason Heyward.

He spent another month in Triple-A trying to rediscover the 2008 swing that saw him hit .276 with 26 home runs for the Pittsburgh Pirates. McLouth has shown some promise in the early going of spring training smacking seven hits in 15 at-bats, and more importantly, he has yet to strike out. 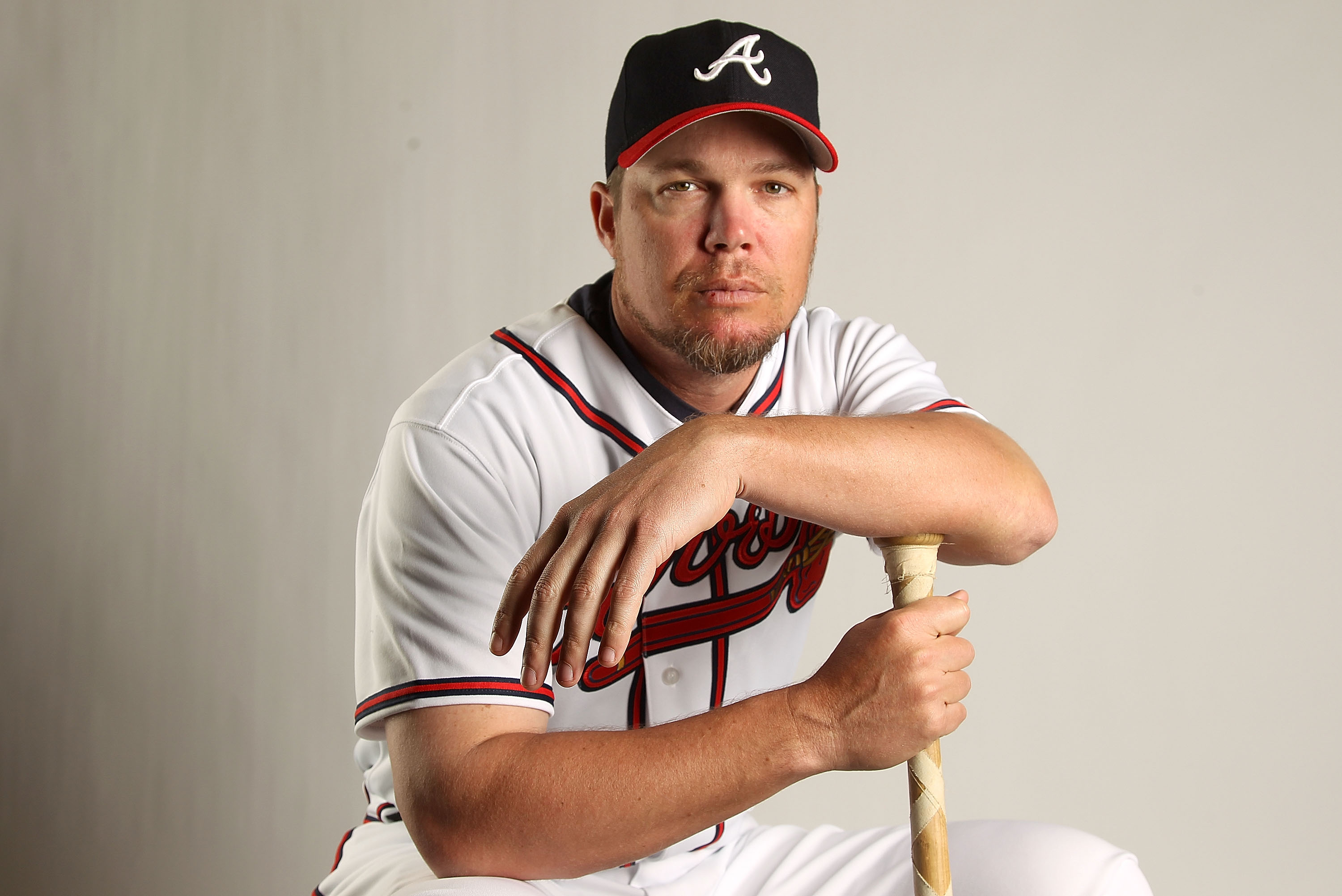 With his parents looking on from the stands in Houston, Jones' season came to an end Aug. 10 with a torn ACL, but he has made a full recovery and expects to be ready for Opening Day.

He isn't the player he used to be, but he still gets on base nearly 40 percent of the time and provides a veteran presence in the middle of a pretty young lineup. Even he admits about 140 games is the realistic maximum number of games he could play this season, but he should be productive when healthy. 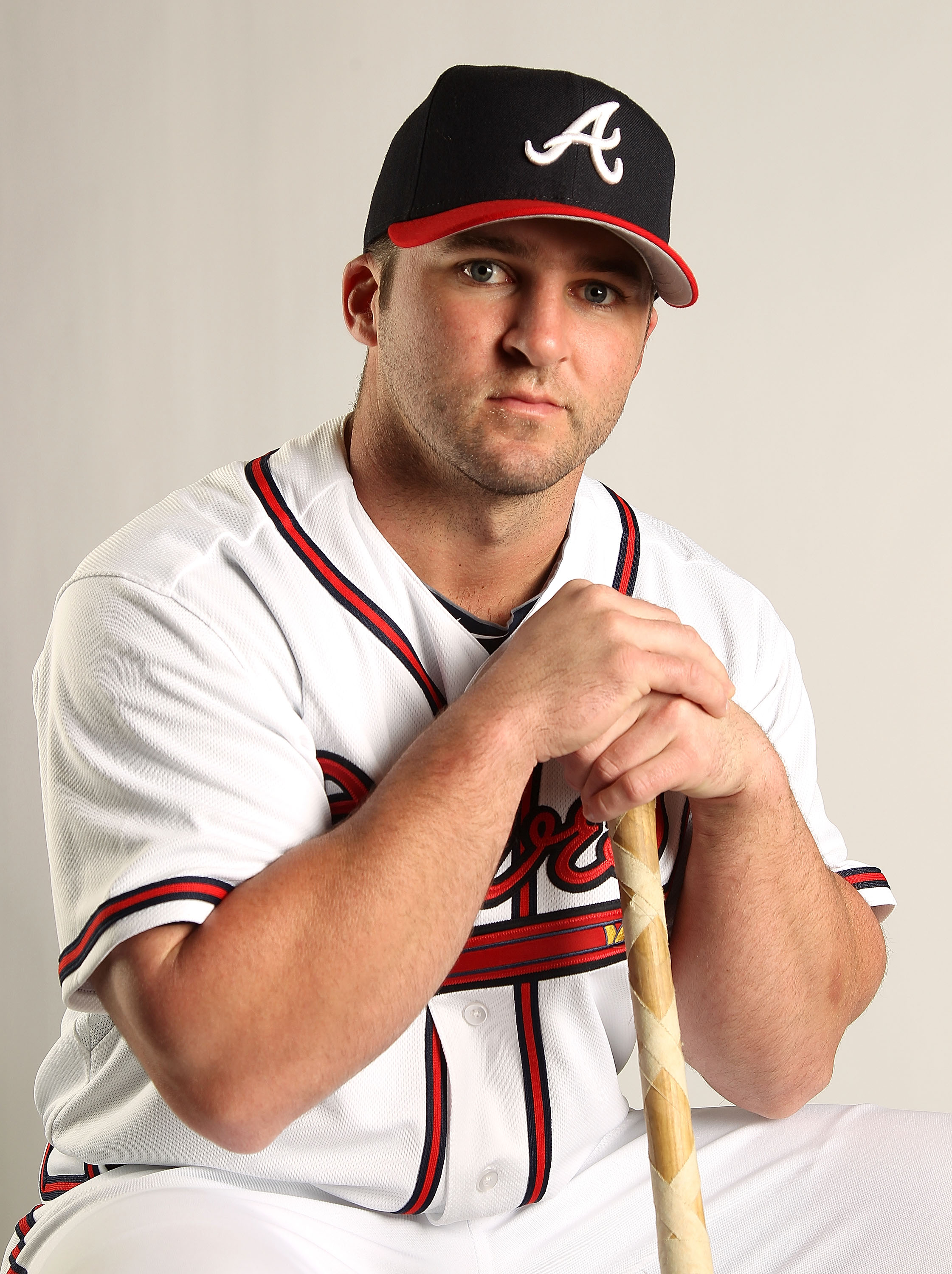 The Braves have struggled to find a power hitter from the right side of the plate, but they believe the cure has been found with Uggla. With at least 30 home runs in four straight seasons, the Braves have enough confidence in Uggla that they signed him to a five-year extension before playing a single game in an Atlanta uniform.

He should provide the power in the middle of the lineup that last year's team lacked. His defense is always a negative, but Fredi Gonzalez said he isn't worried about it. 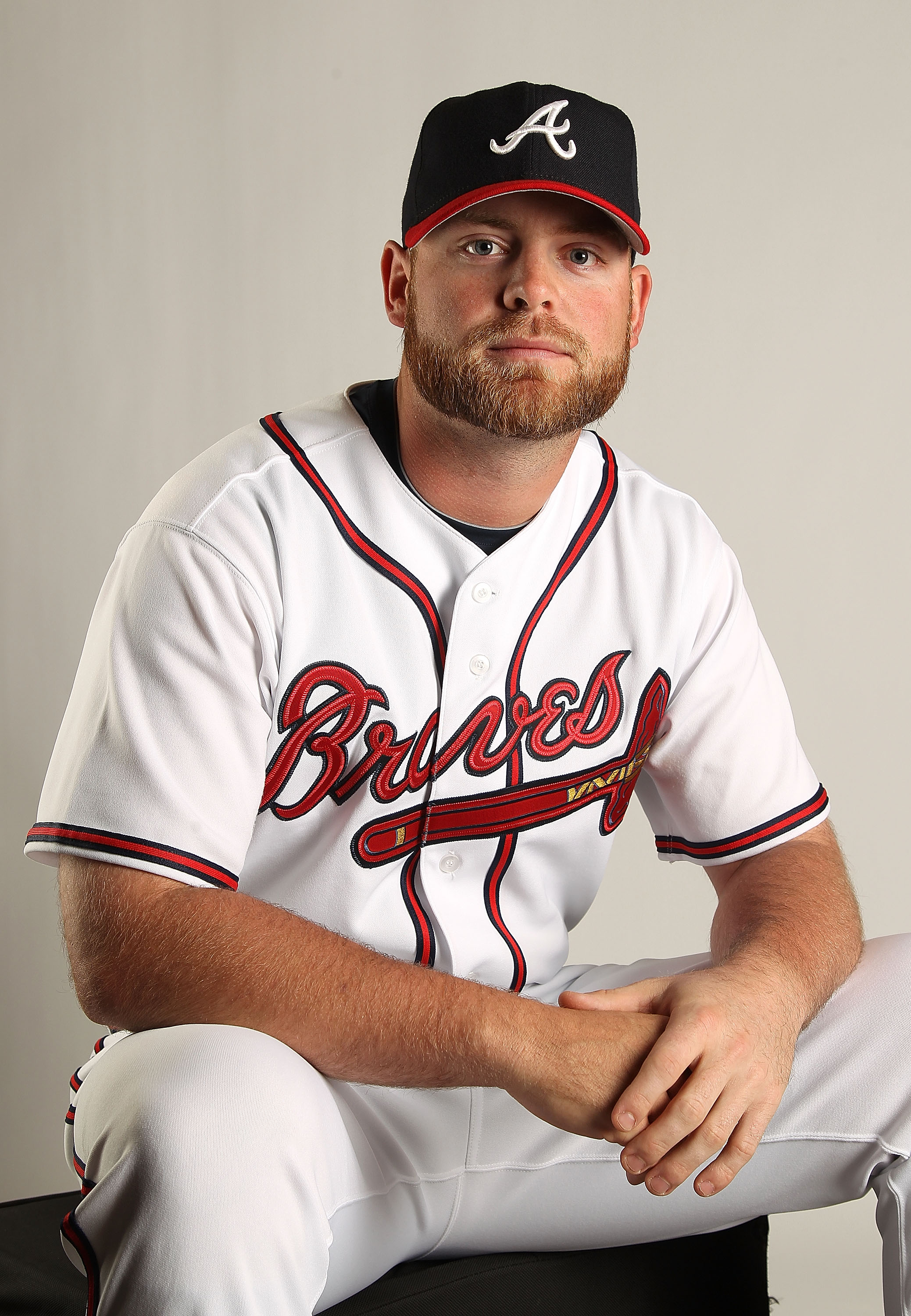 McCann has battled eye issues over the past two seasons, but those seemed to fade away at the end of the 2010 campaign as the slugging catcher once again topped 20 home runs.

McCann enters the season with less pressure on him to be the main power threat in the lineup and should thrive hitting between Uggla and Heyward. McCann is never given enough credit for his signal calling, and he will be in charge of another solid Braves staff this season. 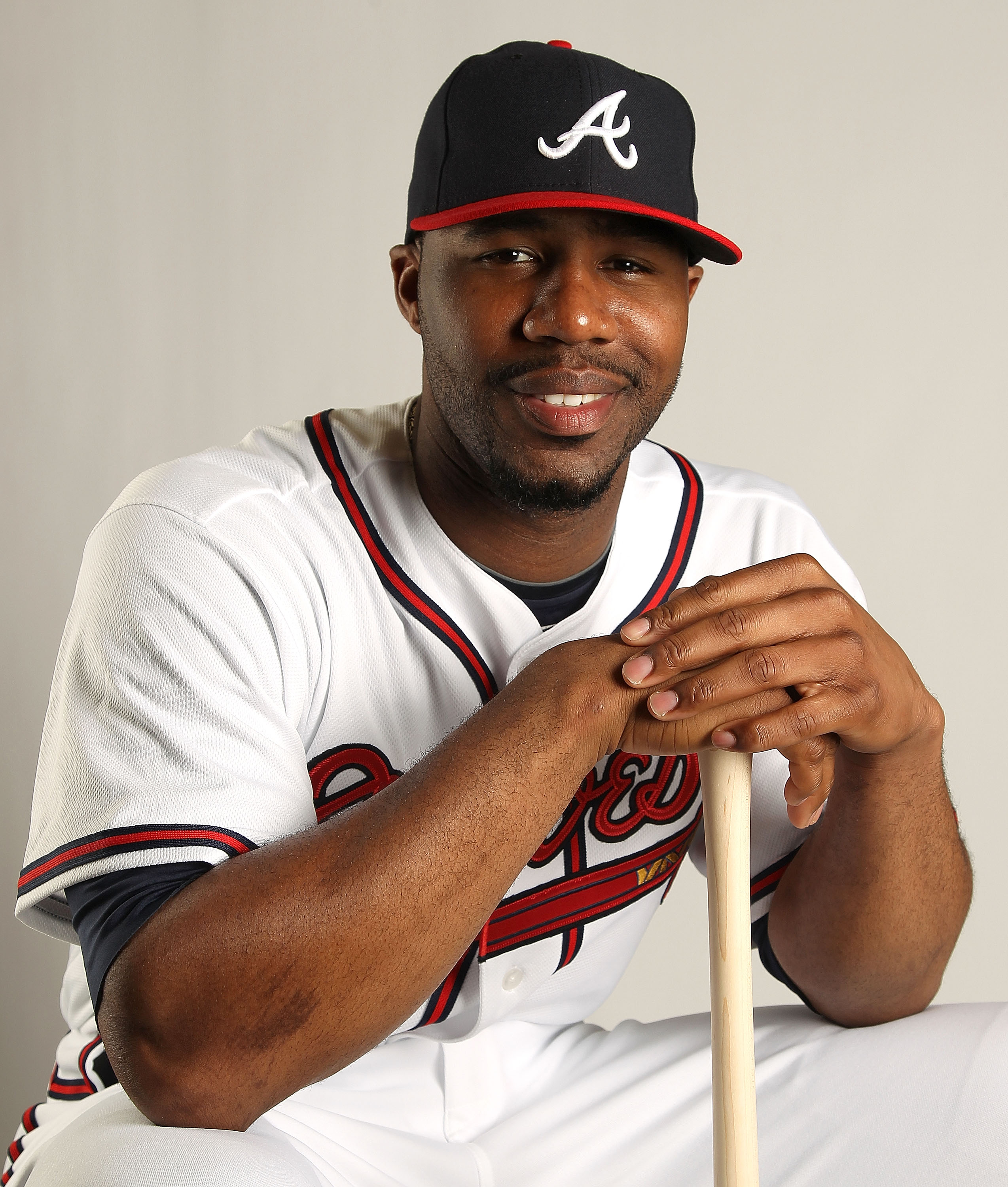 Heyward never fully recovered from an injured thumb last season which really hurt his power numbers. That said, he still finished his rookie season with a .393 on-base percentage and 18 home runs.

He does have a history of minor injuries, and he is entering his “sophomore slump” season, but I think if he can stay healthy, it is going to be a huge season for the Jay-Hey Kid. 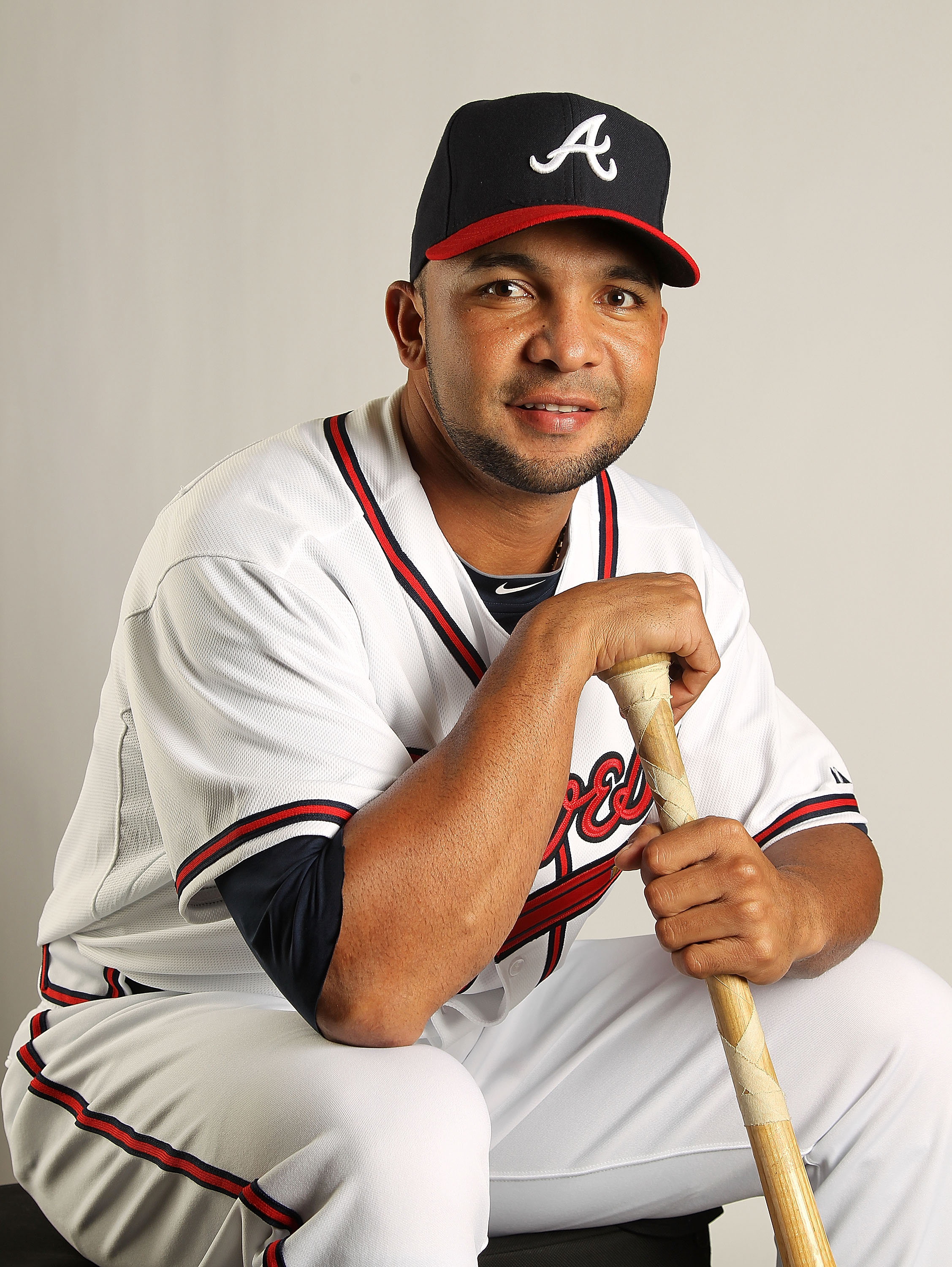 The Braves front office had grown tired of Yunel Escobar's childish antics and shipped him north of the border to Toronto in exchange for the sure-handed Gonzalez.

Gonzalez predictably wasn't able to keep up the home run pace he was on in Toronto, but he is a professional who was a more positive influence in the clubhouse. His offensive numbers will likely drop markedly this season, but his defense will be much needed on an otherwise weak defensive squad. 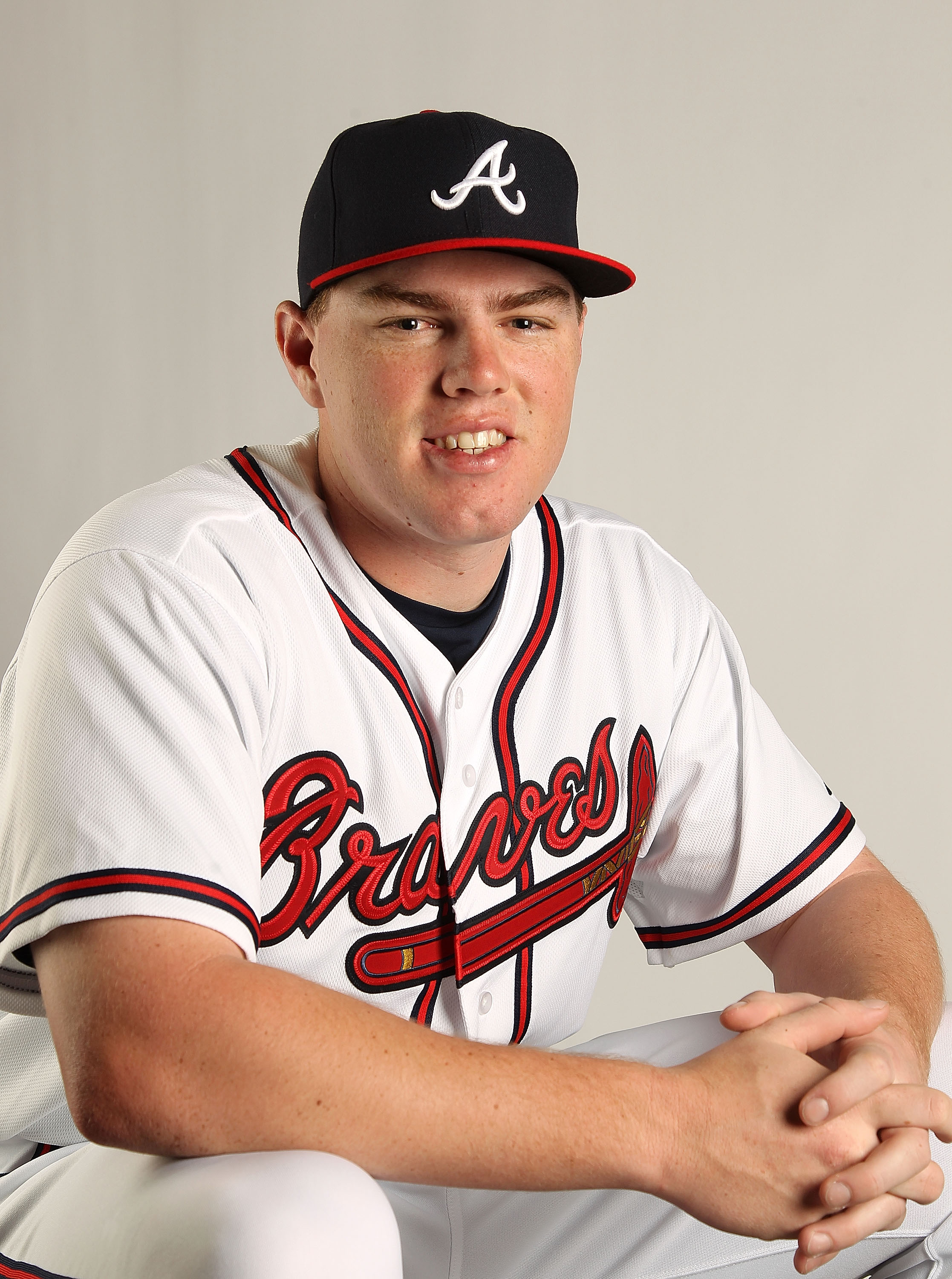 The 21-year-old Freeman enters the season as the undisputed Opening Day starter at first base. He hasn't yet developed a home run stroke but has shown good doubles power to both fields in spring training.

He has also played a rock-solid first base throughout the spring. It is always difficult to predict what a rookie will do when thrust into a starting job from day one, but even if he initially struggles at the plate, Freeman's defense will still provide good value to the Braves. 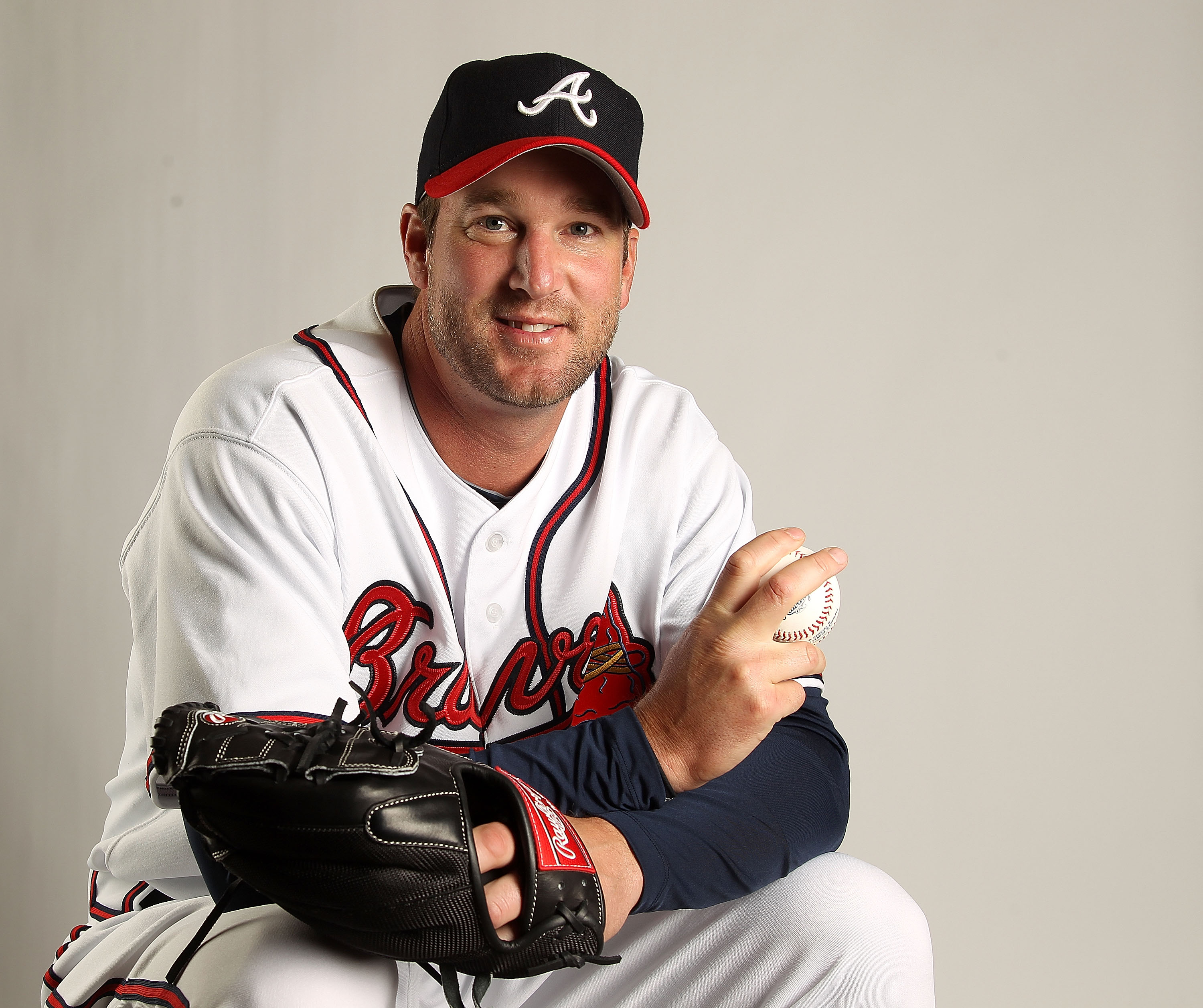 Lowe got off to a terrible start to the 2010 season but settled in and finished the season with a 16-12 record and an ERA of 4.00. His peripheral numbers say he was even better than that.

He is not the Braves ace by any stretch of the imagination, that would be Tim Hudson or Tommy Hanson, but he is in line to start on Opening Day as it appears Fredi Gonzalez is already angling his rotation to be setup for the first Phillies series of the season. 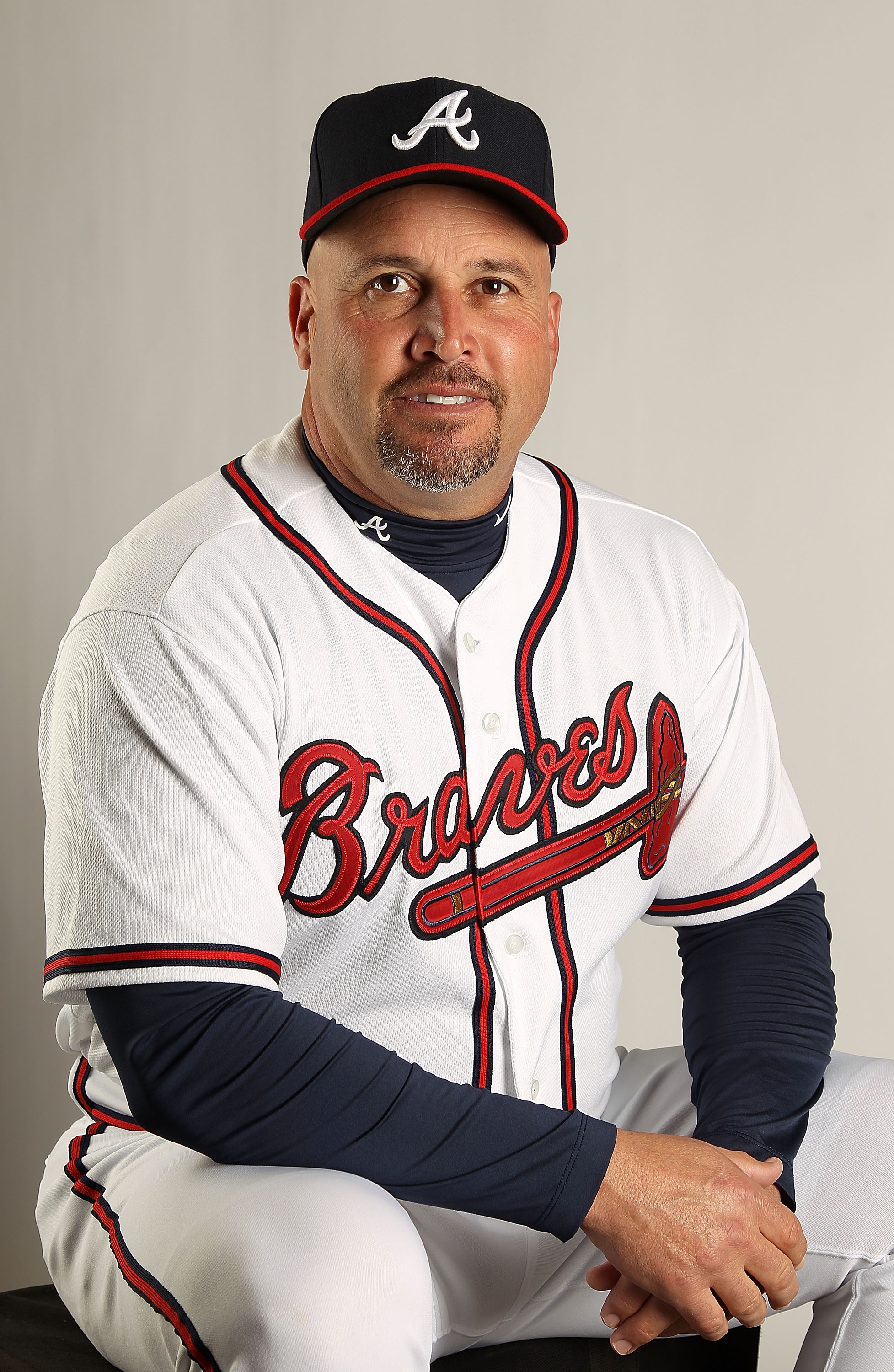 The Braves aren't being given much respect in the national media because the Phillies stole the headlines by acquiring Cliff Lee in the offseason. However, the Braves offense is deeper than Philadelphia's and has more younger pieces that are on the incline instead of the decline.

Although the Phillies do have a better pitching staff, the gap isn't as large as some "experts" would lead you to believe. It will probably come down to injuries to determine the winner of the division and Chase Utley's troublesome knee might provide the first major blow of the season.

Barring a rash of injuries, both teams should make the playoffs.