Kobe Bryant in the Movies: Pau As Black Swan and Comparisons for Other Teammates 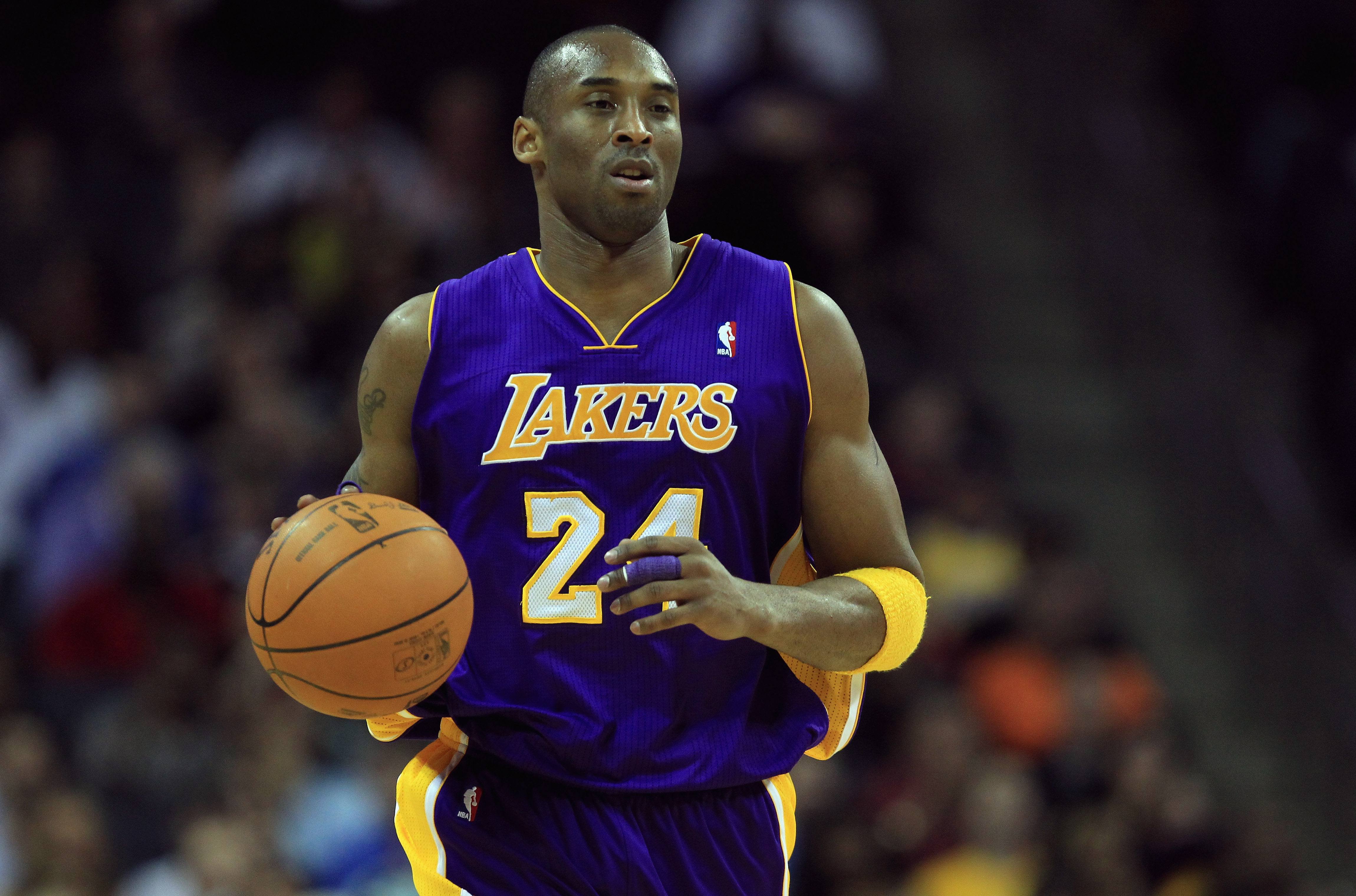 Kobe Bryant has the ability—and the ego—to be a one-man show. He's scored 81 points in a single game and averaged over 35 per contest over the course of a season

He also won five championships. The championships can't solely be credited to Bryant. Yes, he played a huge role in each of the five triumphs, but he couldn't get by without a little help from his friends.

Players ranging from Shaquille O'Neal to Trevor Ariza have helped to bring titles to Los Angeles. Each time Kobe has earned a ring, there has been a formidable big man by his side.

A few years removed from the departure of Shaq saw the Lakers virtually stealing Pau Gasol from the Grizzlies and shooting back to the top of the West.

With the Lakers trying to complete their second three-peat in the Bryant era, Kobe has stepped up and tried to inspire Pau. The Orange County Register reported Bryant as saying:

"Even when he was in Memphis and he was the go-to guy, he was always very nice. Very white swan. I need him to be black swan. Be an (expletive) sometimes."

Here's how Kobe and Pau fit the roles of the box-office hit Black Swan and how some other teammates would pair with Kobe in the film world. 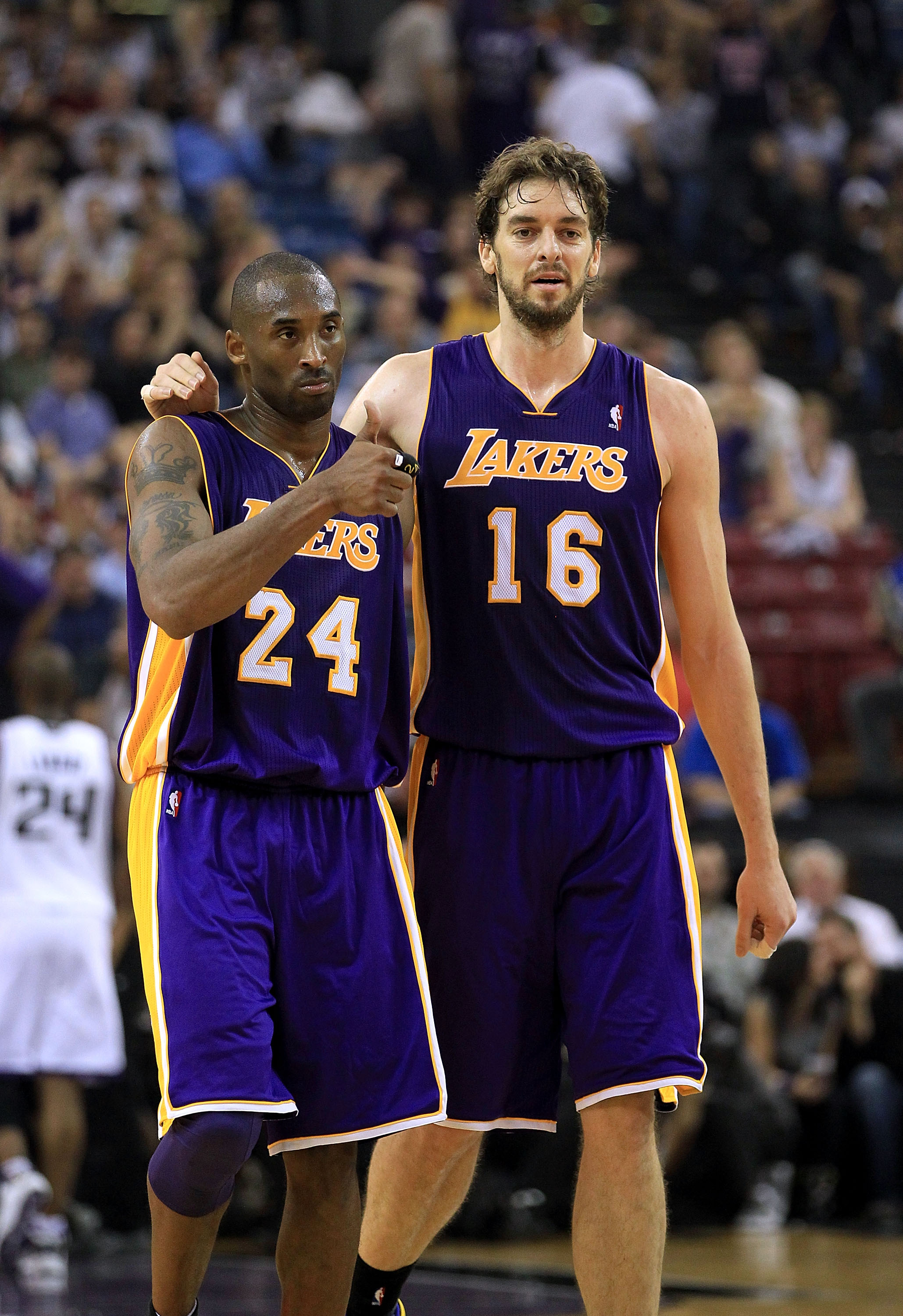 Kobe is the Black Swan.

His/her aggression and passion show when he/she is performing. He/she lets loose on the big stage and visibly allows greatness to result. It may not always be pretty, but there is no doubting that he/she is having fun.

Pau Gasol is the White Swan.

He/she knows how to do it all, but can sometimes become robotic. He/she uses beautiful technique, but when it comes to crunch time the fear to let loose and take over creeps in.

If Pau allows his aggression to take over in late game situations, he can perform like Nina did in the last scene of Black Swan.

He did against Houston after Kobe's speech, as he scored 26 points, grabbed 16 boards and registered four blocks. 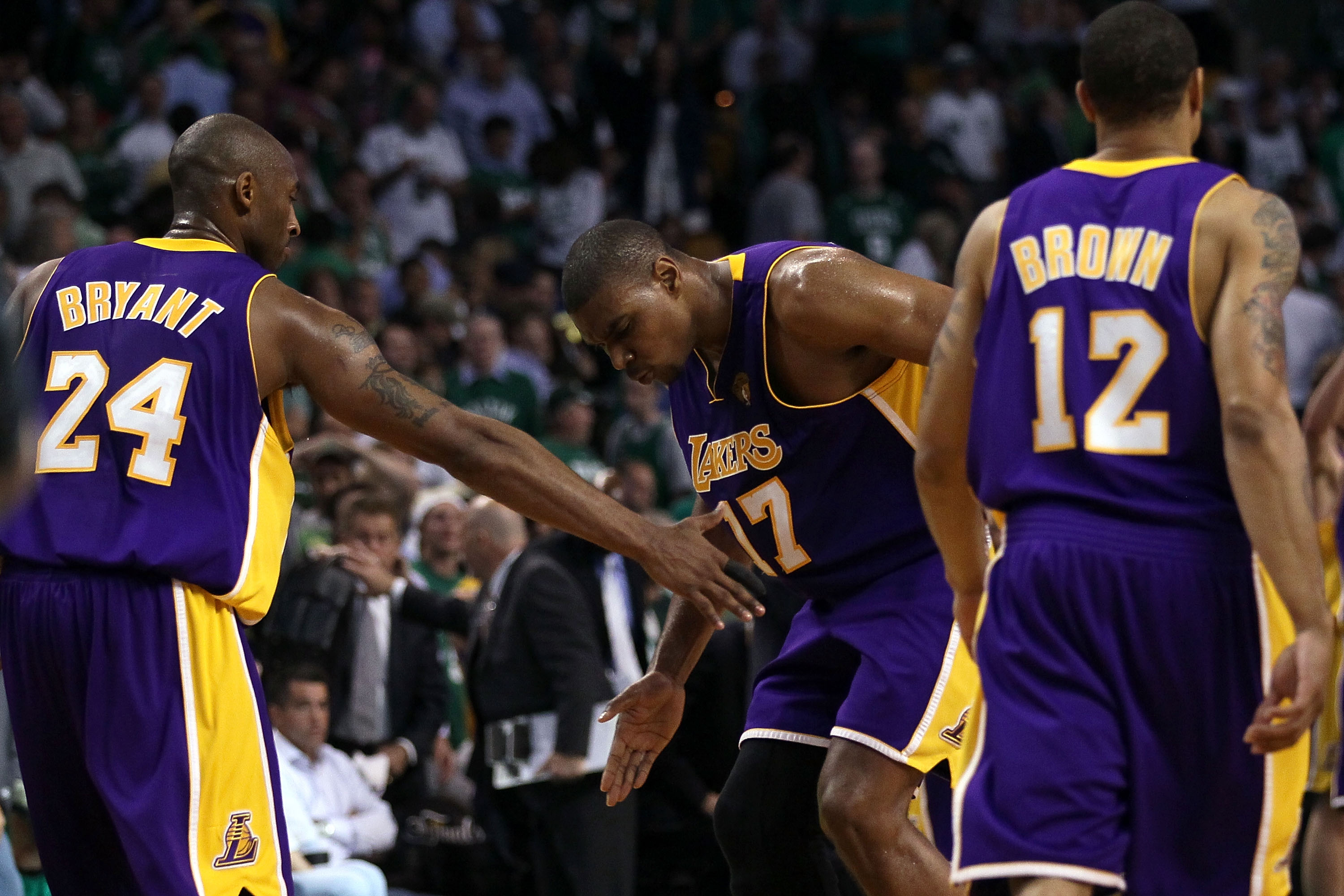 He is a veteran of the game that can still play at a very high level, but is no longer the player he once was. He has an endless knowledge of the game and is willing to share that knowledge with young up-and-comers.

He is young, but loaded with talent and potential. Easily distracted and unaware of many of the tricks of the trade, he looks up to a crafty veteran for help. Although it seems like the veteran can be rough at times, it's all for the best.

Although we never get to see Nuke's future in the movie, Crash gets him over the hump and on the right track.

Lakers fans are hoping for the same route for Bynum.

Remember The Titans: Kobe and Lamar 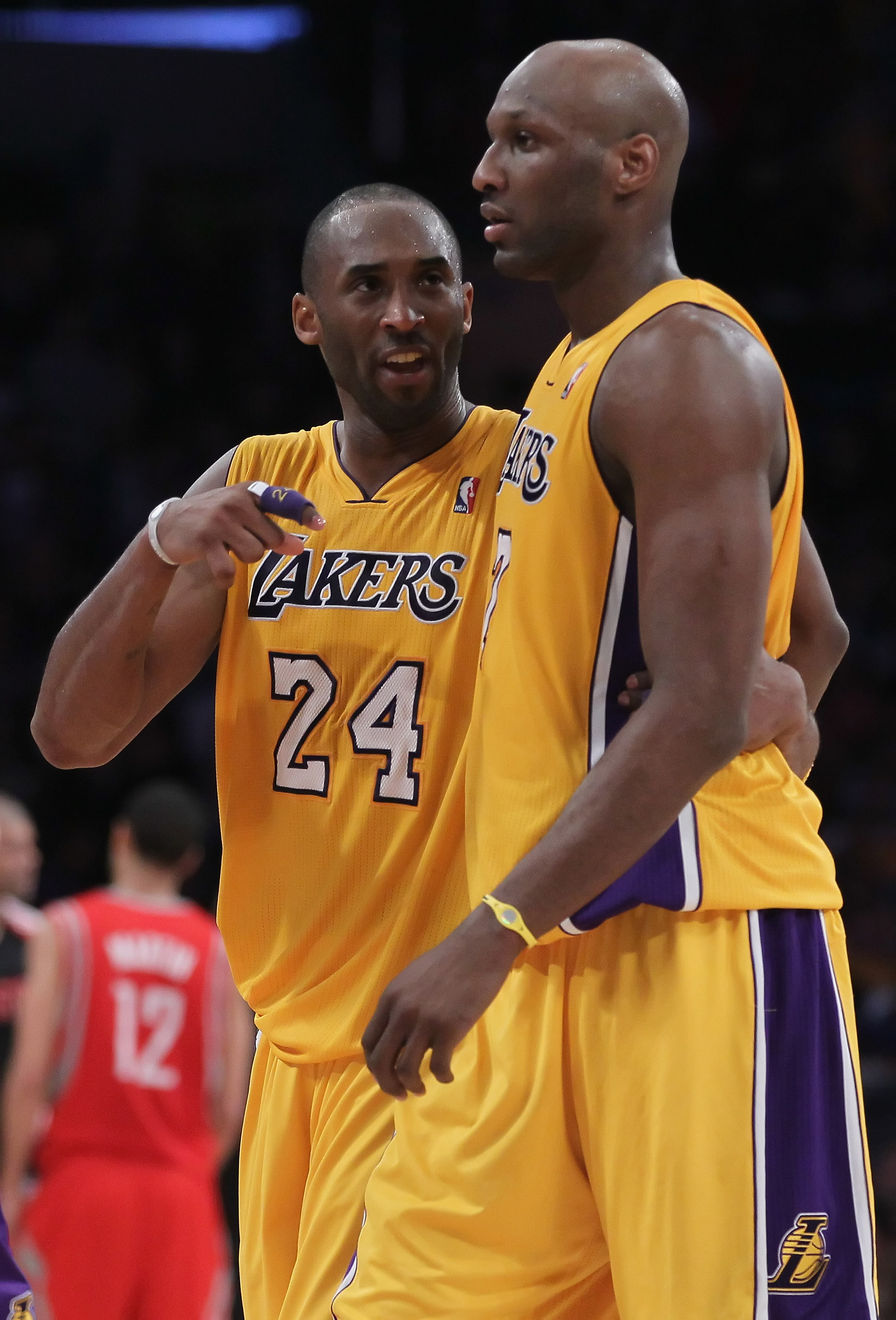 He is a staple (in the Staples Center) on the team already. A team captain and leader of a good squad, but one with room to improve.

At times it seems as if even he doesn't realize how talented he is. He can be a great addition to the team if given the right guidance. Also, he offers some insight of his own and a personal style that fits in well with the other players.

Odom is at his best when he plays with Kobe, just as Julius was with Gary. They actually become great friends in the movie, just like Kobe and Odom have done.

Since the addition of Odom, the team has had its ups and downs.

Just like in Remember The Titans, the addition left a product that the city was proud to show off. 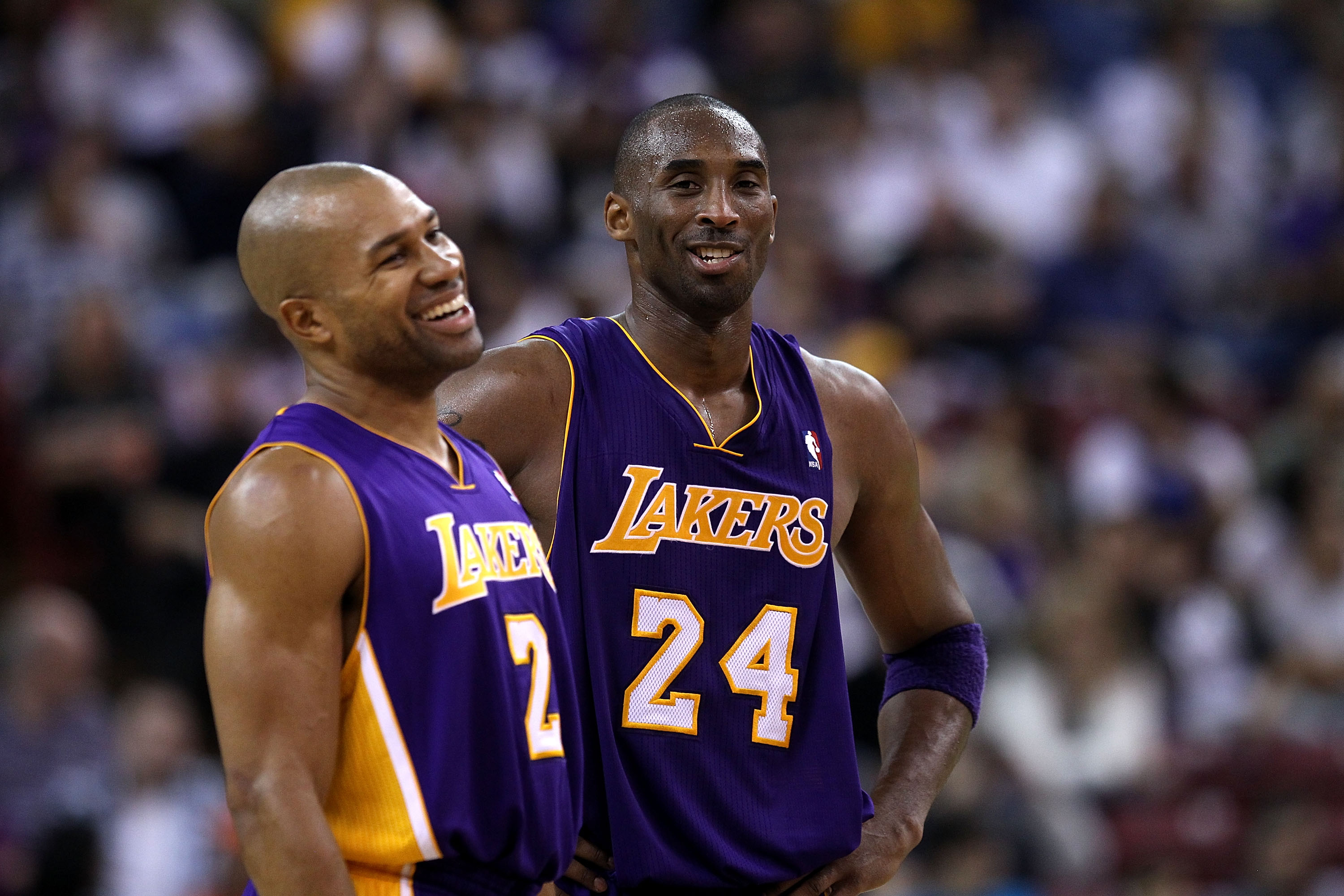 He knows what he wants and he'll do anything to get it. His determination is hard to match and he doesn't always reach his goals in a conventional manner. Whenever things look bad, he picks up the scraps and makes something out of nothing.

He is the sidekick. Although the plan might not always sound quite right to him, he usually follows. Although he may dart off on his own for a little way, he finds his way back home. Known usually as the little guy, you don't know what you'll get from him in a given situation.

When these two are together things seem to fall into place. For the Lakers, it led to five titles—all with each other. In the movie, they both got the girl—and kept their best friend.

Break these two apart and it's just not quite the same (zero titles; no girls). 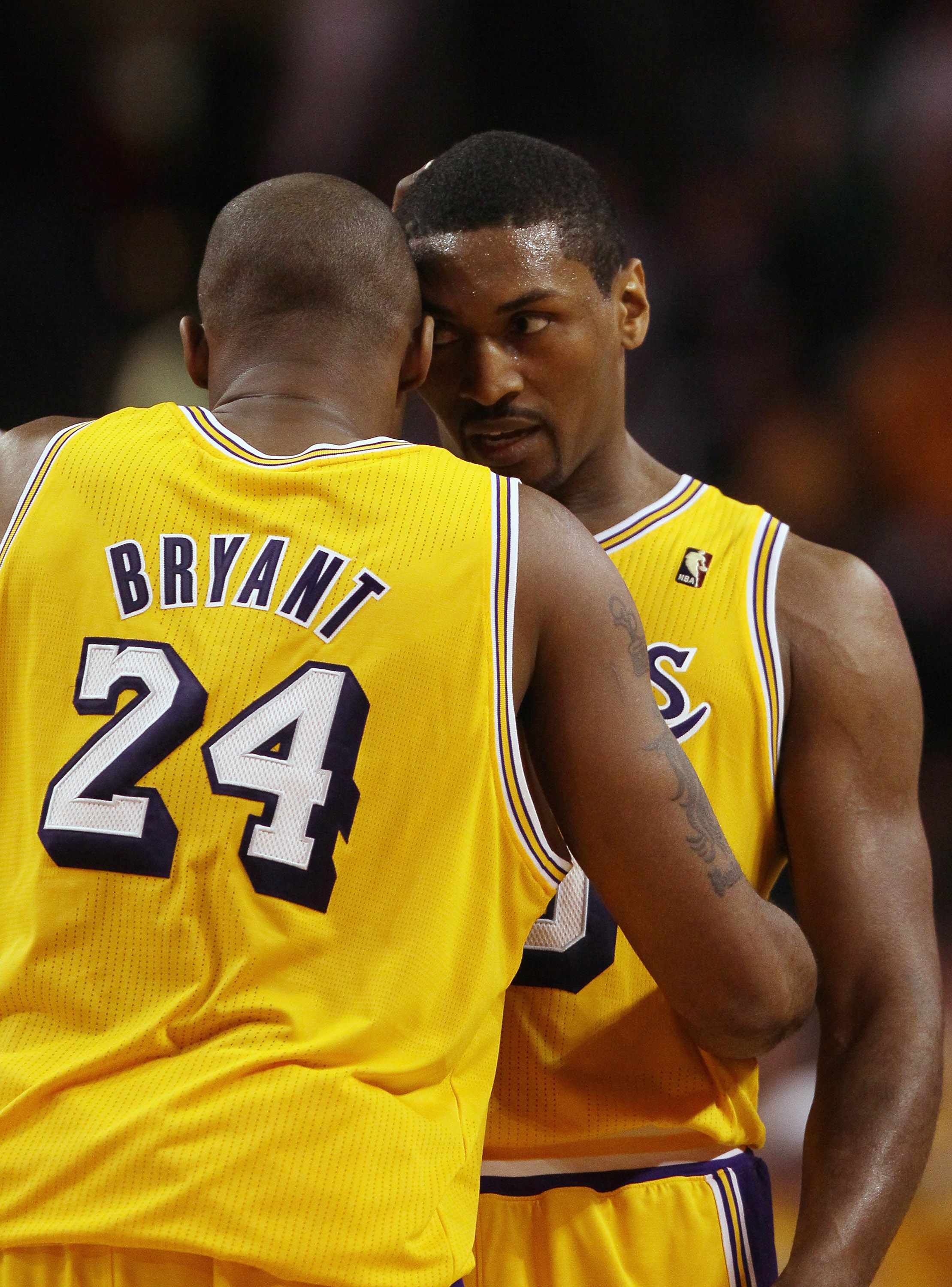 He/she is generally recognized as the talent of the team. This player will play the whole game if need be, and stop at nothing to win. He/she recognizes that the team might need some help to beat the elite team (Celtics; Yankees).

He comes in regarded as a bad apple. He is not well-liked and people assume that he won't fit in with the team and its players. What he does offer is the thing the team lacks in order to conquer the league's best (defense; hitting).

With the team's standout there to help guide the "bad boy", the plan works and victory is achieved.

It's hard to tell if Kobe and Artest will be teammates for much longer, but Artest was essential in both Laker championships.

The Waterboy: Kobe and Luke 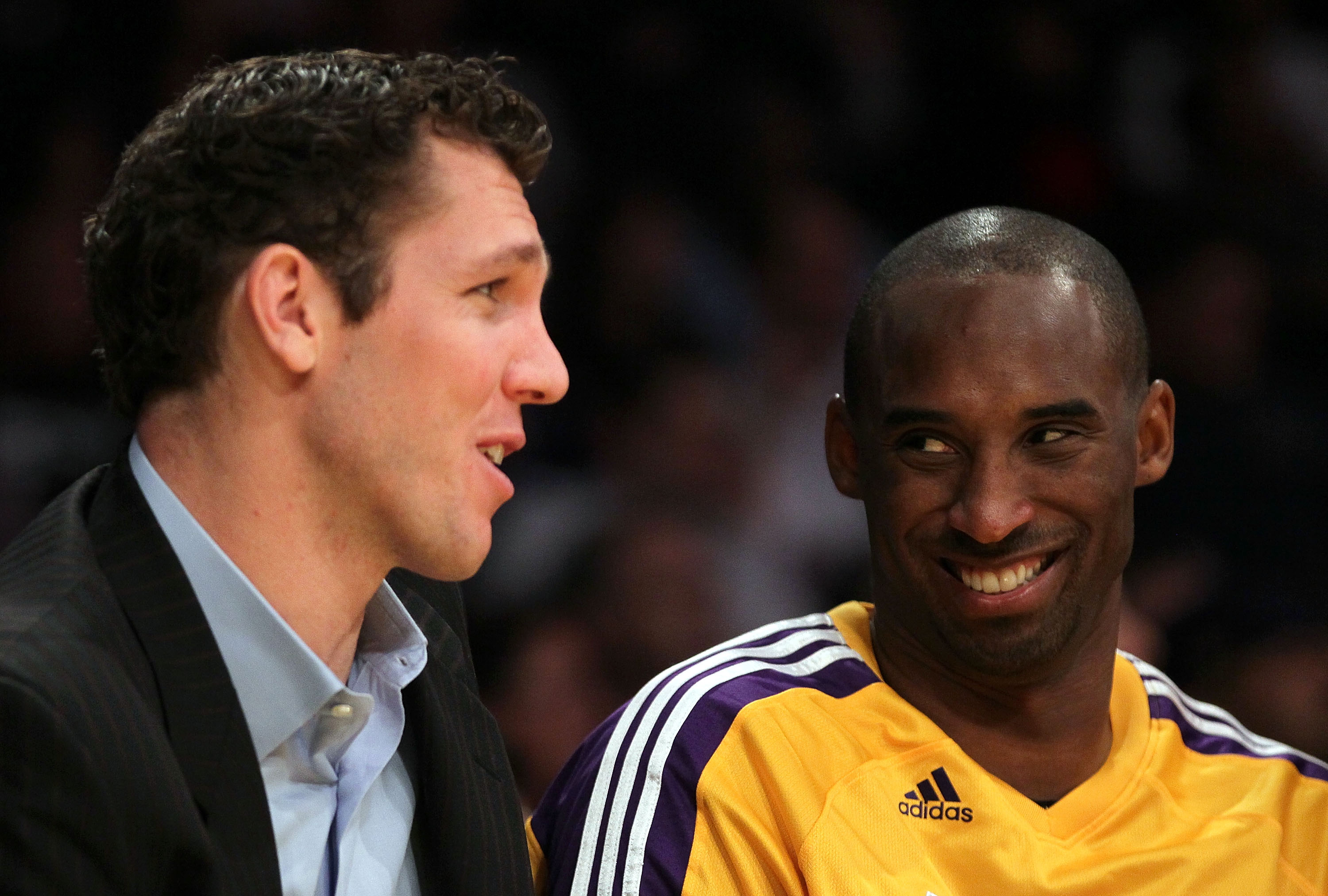 He is the player the people in town come to see. The main attraction at the stadium almost every game draws ton of attention from opponents and fans. It's nearly impossible to stop him and very hard to even slow him down. He's driven from within.

Luke Walton is the "You can do it" guy.

Most of his energy is put into cheering on the team. He is very passionate about the team's success, but the big players appreciate his enthusiasm. Limited minutes (in the game; in the movie) won't calm his passion or effect.

Every player loves to see the energy coming from outside the game. 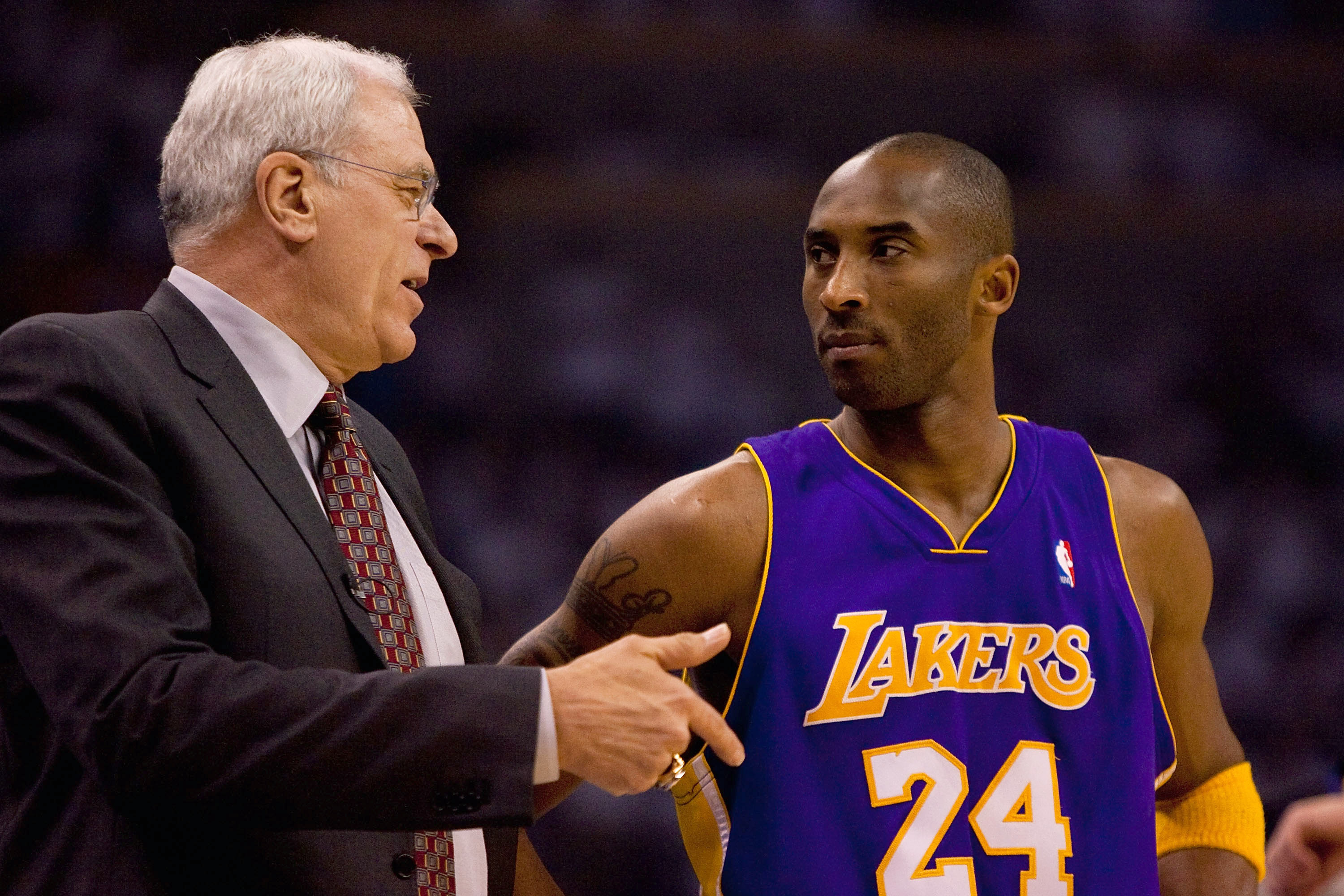 Whenever there is a question to be asked, he knows who to ask. He has unlimited power, but sometimes fails to see the big picture, leading him to make some poor decisions. As he matures, he gains intelligence and needs less guidance.

No matter what happens, he is in control. When he takes a leave of absence, things fall apart rather quickly. He knows the potential of his young apprentice, but is not giving him total reign.

Kobe has experienced so much success under Phil.

The "Zen Master" may retire as the best coach of all time, having coached three of the NBA's Top 10 greats.

Men In Black: Kobe and Shaq 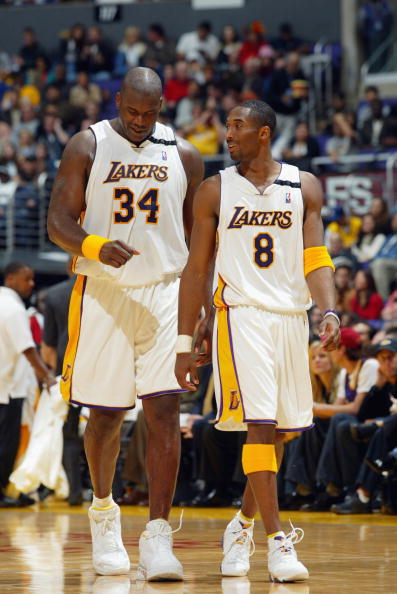 Here's a blast from the past.

A little cocky by nature, he is confident in his ability to get the job done. His start was not quite what he expected, but that didn't kill his mindset. He looked confused at times early, but that didn't stop him from trying his hardest when it mattered the most.

The veteran is trying to show the young gun the ropes. He sees how much talent his younger teammate possesses, but isn't quite ready to hand over the keys to the castle. After a long stint of success, the two part ways and it opens doors for both.

Kobe and Shaq's feud stirred the world, but both players have had triumph since the heavily publicized split.

No matter what caused the split, many fans are happy to have seen the two play out separate careers. 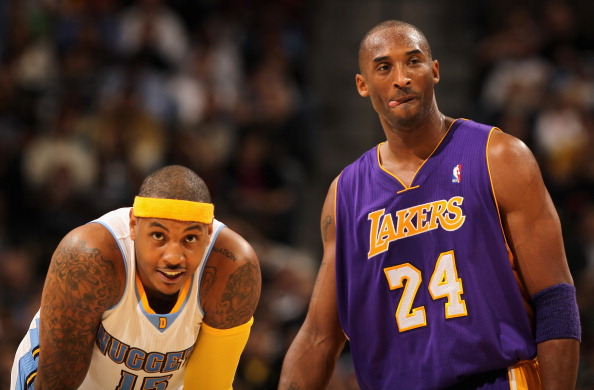 With trade rumors paving a road for Carmelo to Los Angeles, I figured I'd toss this in. This is my hypothetical analysis of what I think the trade would result in.

He is the top dog. As far as he is concerned, no person/toy draws quite as much interest as he does at home. A special day approaches and a gift turns the place upside down. Values are all over the place and he is jealous of the new "toy".

Upon entering the scene, nothing is cooler than him. With all of his abilities, people are mesmerized and drawn away from the familiar. The new attention draws initial anger from the top dog and there's a struggle for control.

When the dust clears, the two become friends and form an impeccable pair.

In no way am I suggesting that Kobe is going to try to destroy Carmelo, but there will be some initial kinks to work out.

If the Lakers acquire Carmelo, it'll be quite a story.