The Brandon Roy Story: A Career That Never Got Started 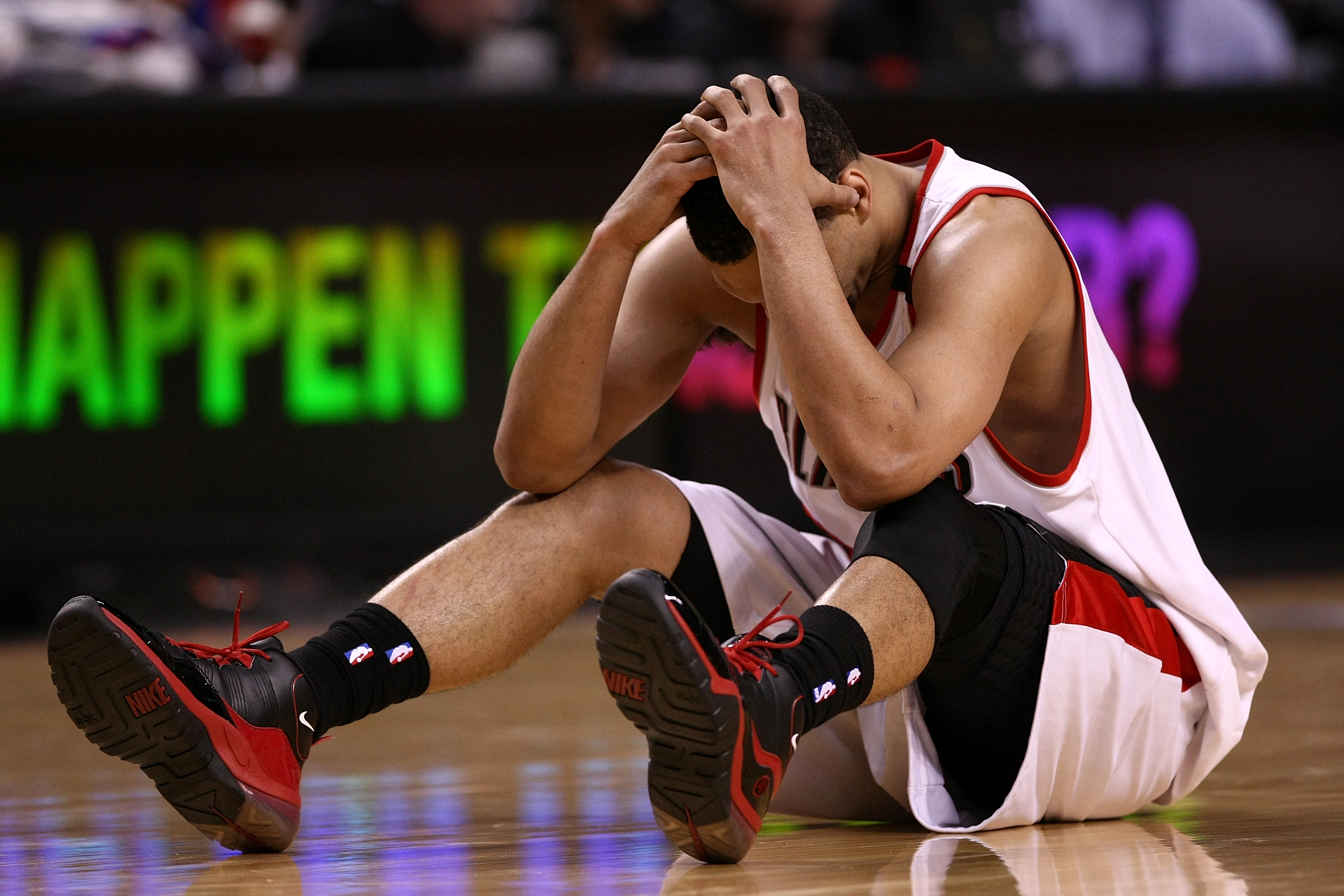 The Brandon Roy story is a depressing one.

As a sports fan, you hate to talk about it, let alone write about it —it's too touchy of a subject.

However, I believe Brandon Roy deserves the attention. He's another talented player hindered by a career threatening injury.

The unfortunate thing about this injury is that there's no surgery or special treatment to heal it.

This injury has no timetable for return.

Instead, the clock is ticking on a career that never really got started — a career many believe will be drastically cut short.

The chips are stacked against Brandon Roy. But if there's anyone who can bounce back and defy the odds, it's him.

Road to The NBA 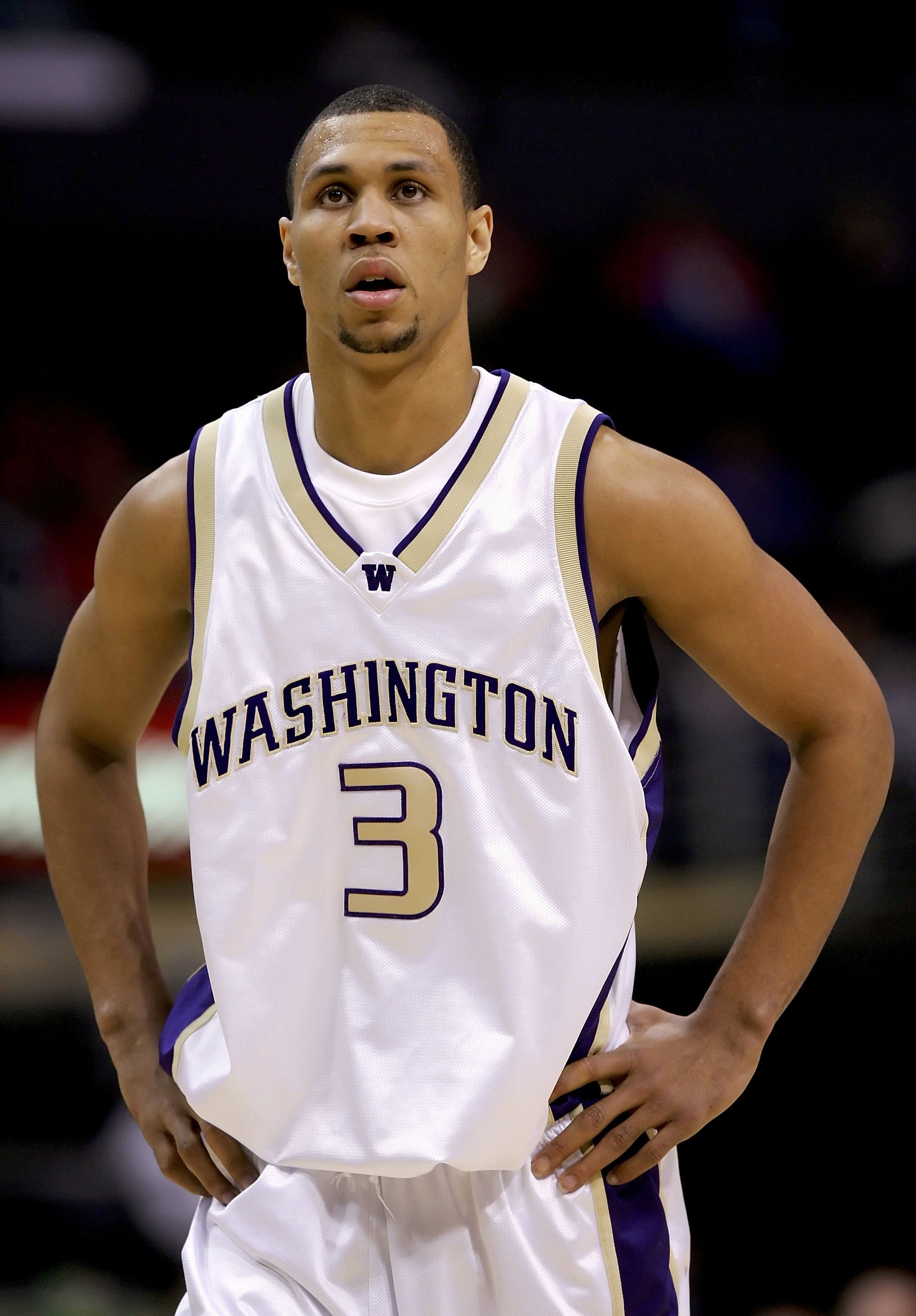 Brandon Roy's road to the NBA wasn't an easy one.

Roy faced challenges even before entering college. He suffered from a learning disability and struggled with the Scholastic Aptitude Test (SAT).

It took him four attempts to finally meet NCAA requirements.

Unsure if he was going to attend college, Roy worked the Seattle docks, cleaning containers for $11/hr.

Roy finally began his college career at the Univ. of Washington in 2002.

He led the team to two Sweet Sixteen appearances and was named Pac-10 Player of the Year as a senior. Roy was a finalist for prestigious awards such as Wooden, Naismith, Oscar Robertson, and Adolph Rupp.

In 2009, Roy had his number 3 jersey retired at the University of Washington. 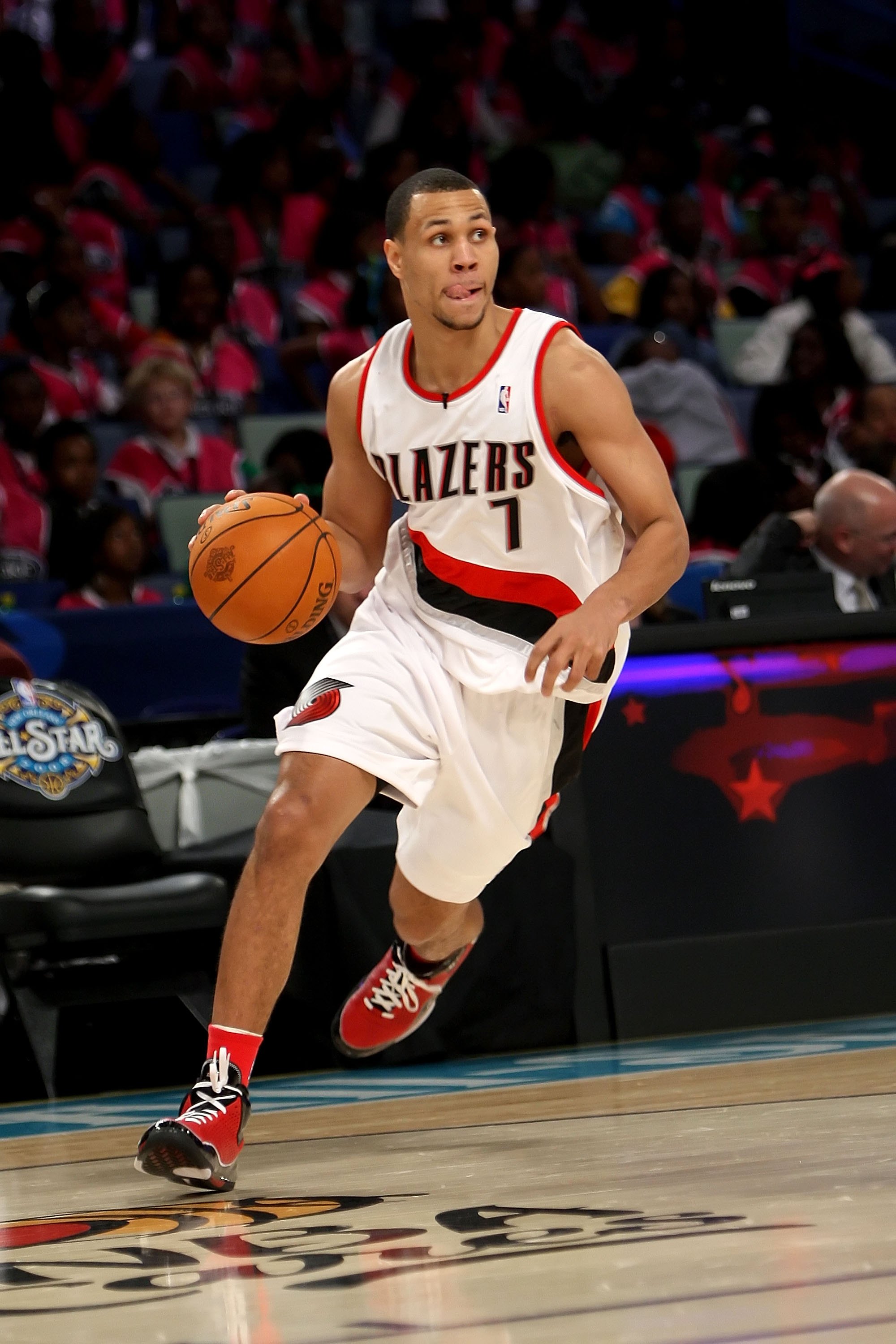 Brandon Roy was selected number 6 overall by the Minnesota Timberwolves in 2006 (traded to Portland on draft day).

As a rookie, Roy averaged 14.5 points a game and was later named Rookie of the Year. This award was a no brainer — he received 127 out of 128 first place votes.

Brandon Roy was destined for success; he was one the future stars of the NBA. 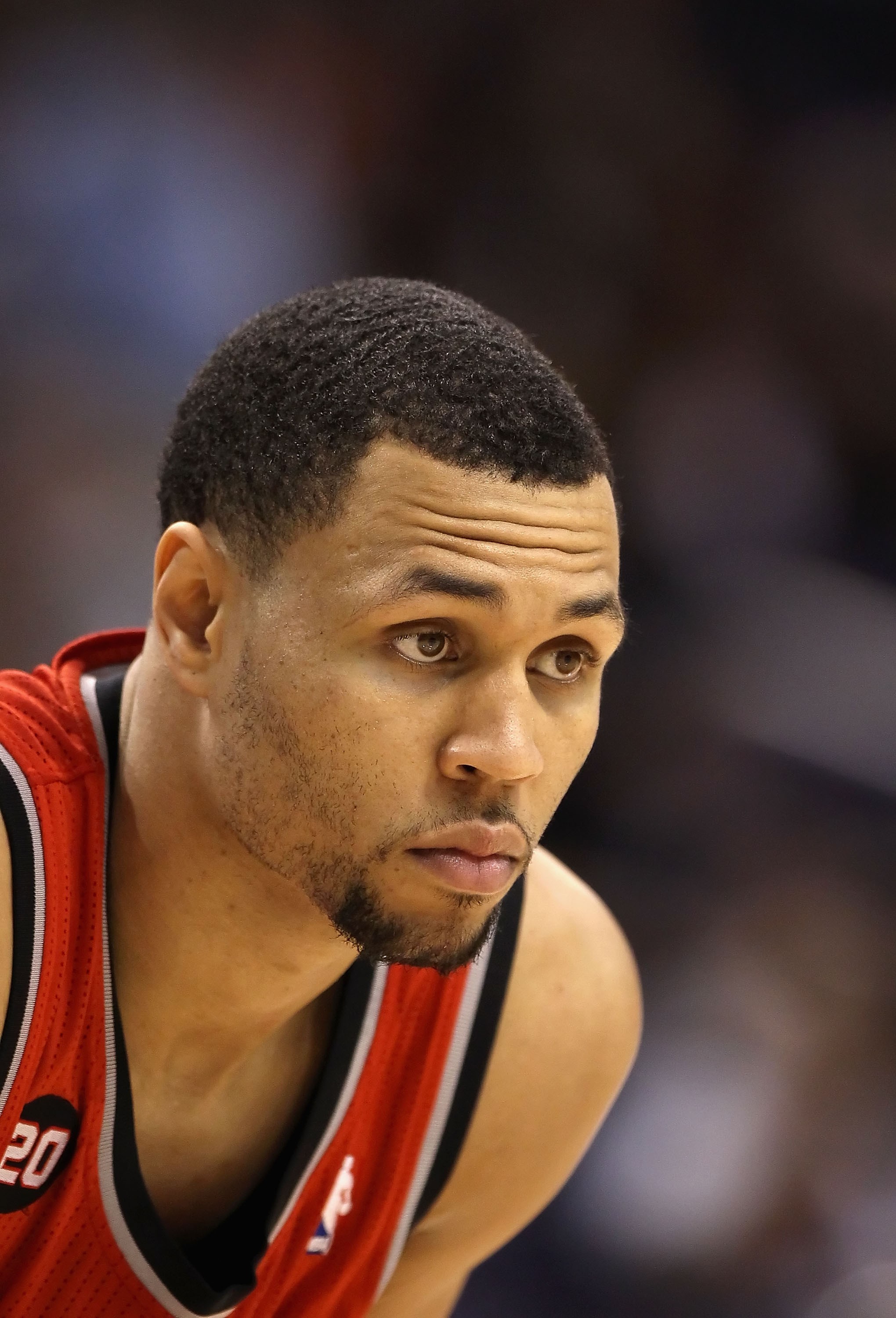 It didn't take long for the injury bug to bite Brandon Roy.

As a rookie, an impingement in his knee kept Roy out numerous games. He only played in 57 games that season, the second fewest for a Rookie of the Year winner.

The next season (07-08), Roy was selected as a reserve to the 2008 All-Star Game. Even though he injured his ankle in the final game before All-Star weekend, he still played through the pain.

This injury lingered and ultimately affected his play the remainder of the 2008 season.

Roy underwent a medical procedure to remove cartilage from his left knee during the preseason of the 08-09 season. Rehabilitation kept Roy out several weeks of action.

Brandon Roy eventually recovered and was selected to his second All-Star game as a reserve. He finished the 2008-2009 season ninth in MVP votes.

During the 09-10 season, Roy signed a contract extension that would keep him a Blazer through the 2014 season. Unfortunately, this good news was overshadowed by another Roy injury — a slight meniscus tear in his right knee.

Roy underwent surgery and was expected to miss the playoffs, but came back eight days later to lead the Blazers to a win in Game 4 of the first round. 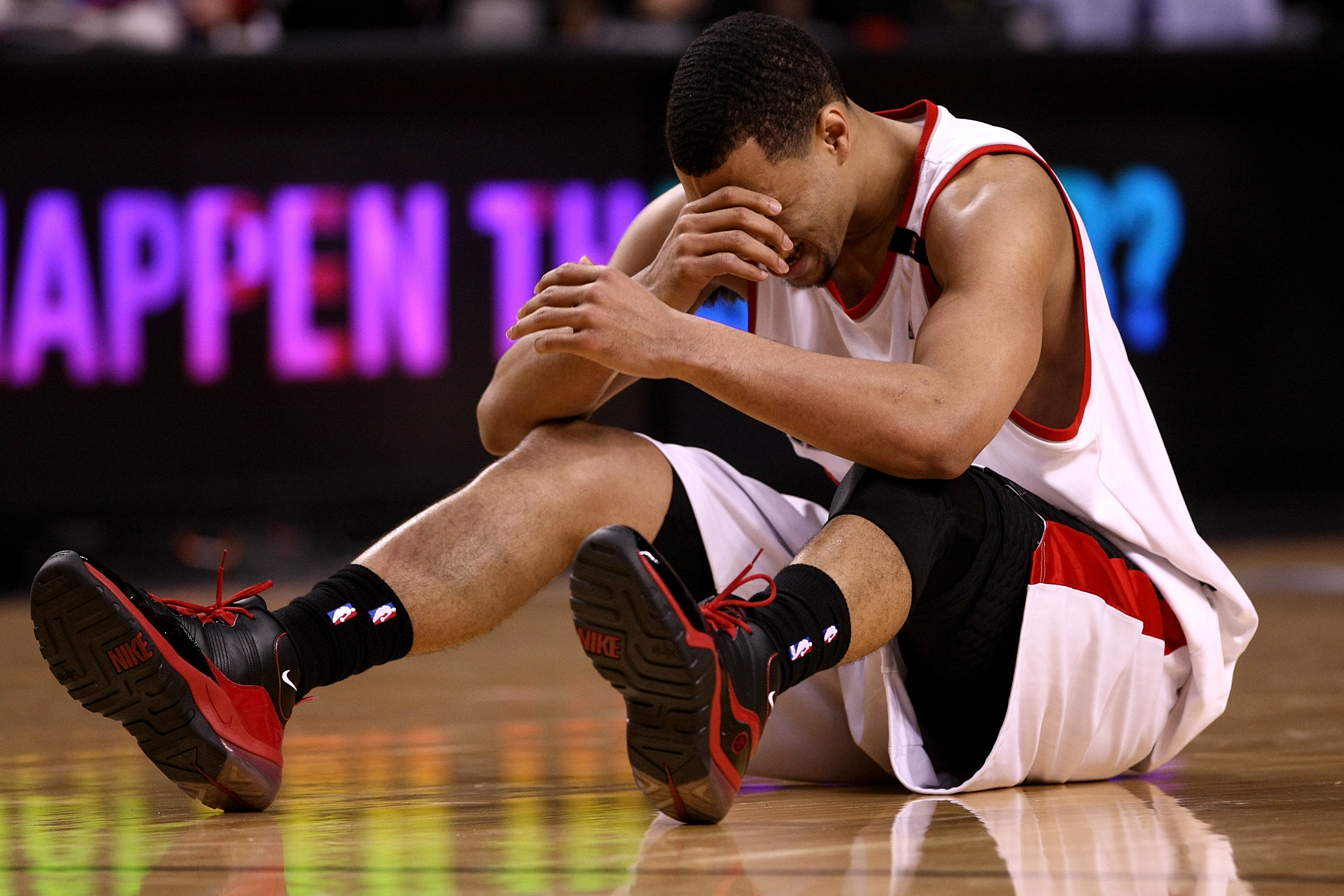 A surgeon, who consulted Brandon Roy's knees throughout his career, recently informed the media of news no athlete ever wants to hear.

The consulting surgeon believed that Brandon Roy, 26, had only "1-2 years left" in a best case scenario.

His knees were now "bone on bone" and there were no other surgeries or procedures that would keep Roy pain-free while playing basketball.

The consultant gave the Blazers three suggestions, as told by the Oregonian: 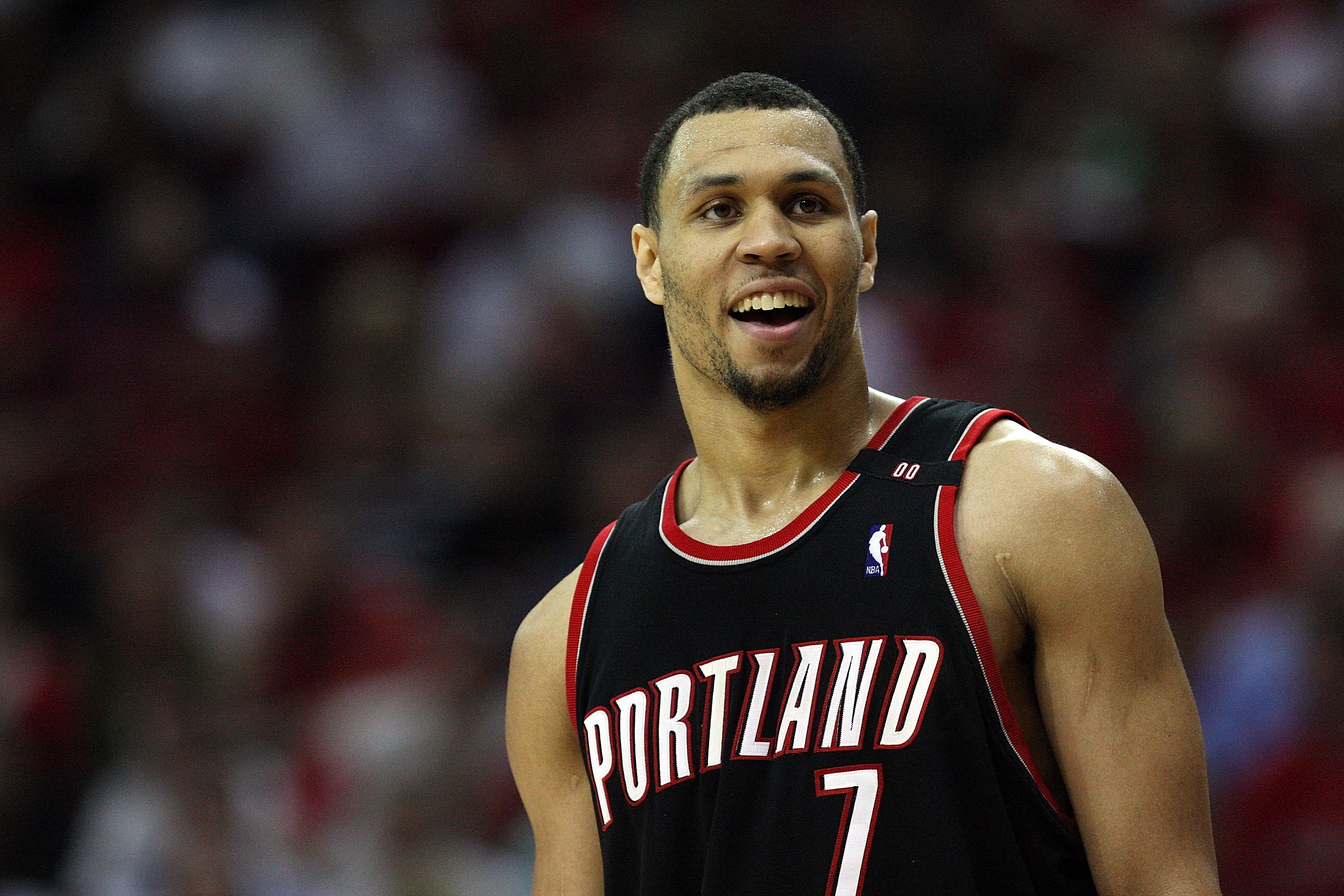 When healthy, Brandon Roy has made it clear to the world he is an all-star caliber player.

He's a bonafide scorer with talent to impress crowds on a nightly basis.

A player who once had a high ceiling, is now forced to deal with the realization of not being able to play basketball much longer.

How will the Brandon Roy story end?

As a fan, I hope for a positive ending. I pray Roy finds a way to bounce back, defy the odds and make the most out of a career he worked so hard for.

I'm pretty sure Roy hopes for the same thing, but will his body allow this to happen?

Only time will tell...