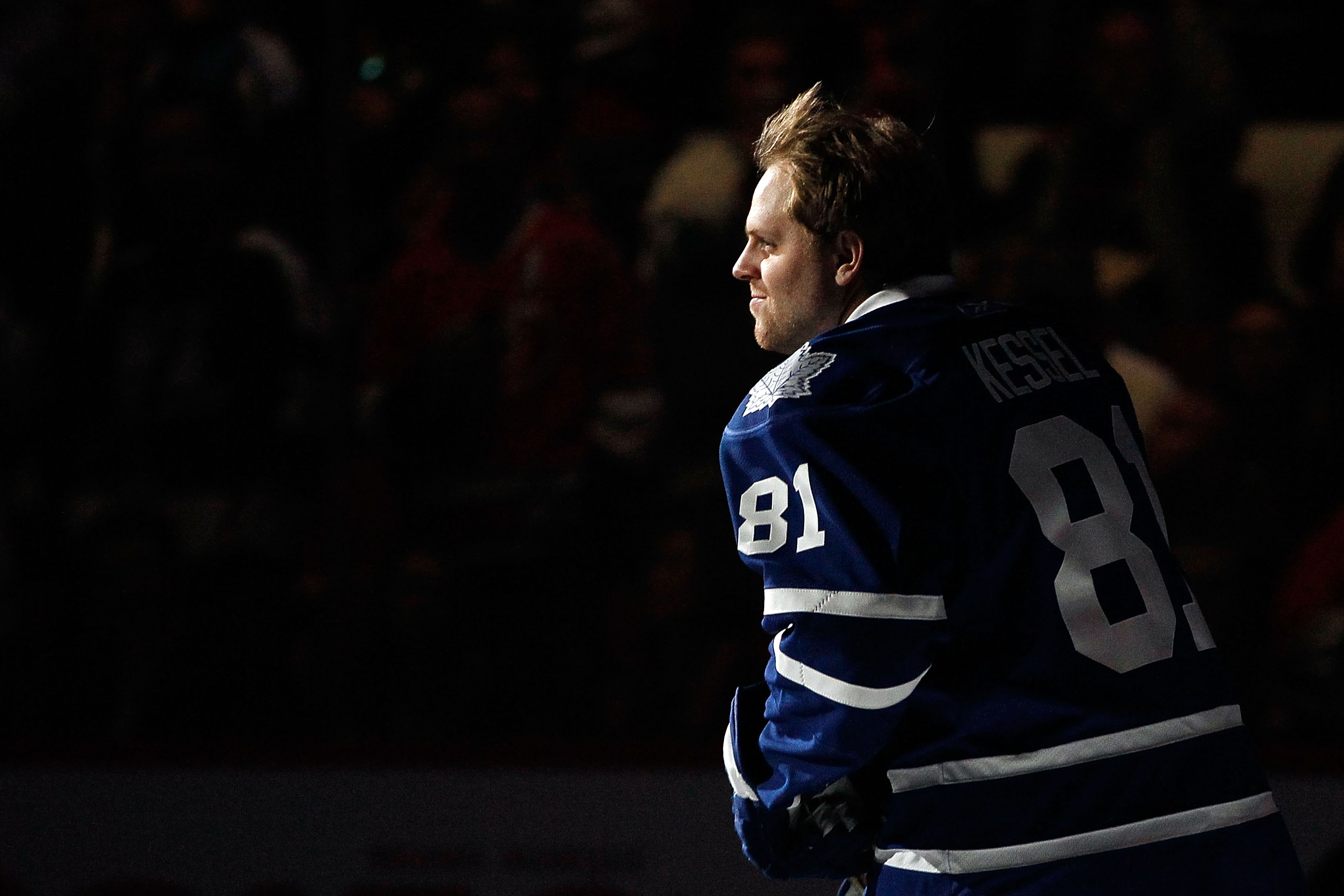 Phil Kessel, quite possibly the most talked about athlete in the city of Toronto for weeks now is mired in an 11 game scoring drought that has seen his once adept touch escape him.

Kessel was acquired in probably Brian Burke’s worst deal, when he dealt two first-round selections in 2010 and 2011 along with a 2010 second rounder for Phil Kessel.

To make matters worse, the Leafs could have ended up with Tyler Seguin without that trade, so that not only makes the trade difficult to swallow but also difficult for Leafs Nation to forget.

So what happens if the Leafs want to trade him?

In my opinion, Kessel will need to be dealt to a team that’s in need of scoring, but also has picks and prospects to give as well.

If Kessel is dealt for whatever reason, hypothetically the Leafs would want one or two immediate NHL talents in return.

Here are my top 5 Phil Kessel Trades—I’m trying to make them as realistic as possible. 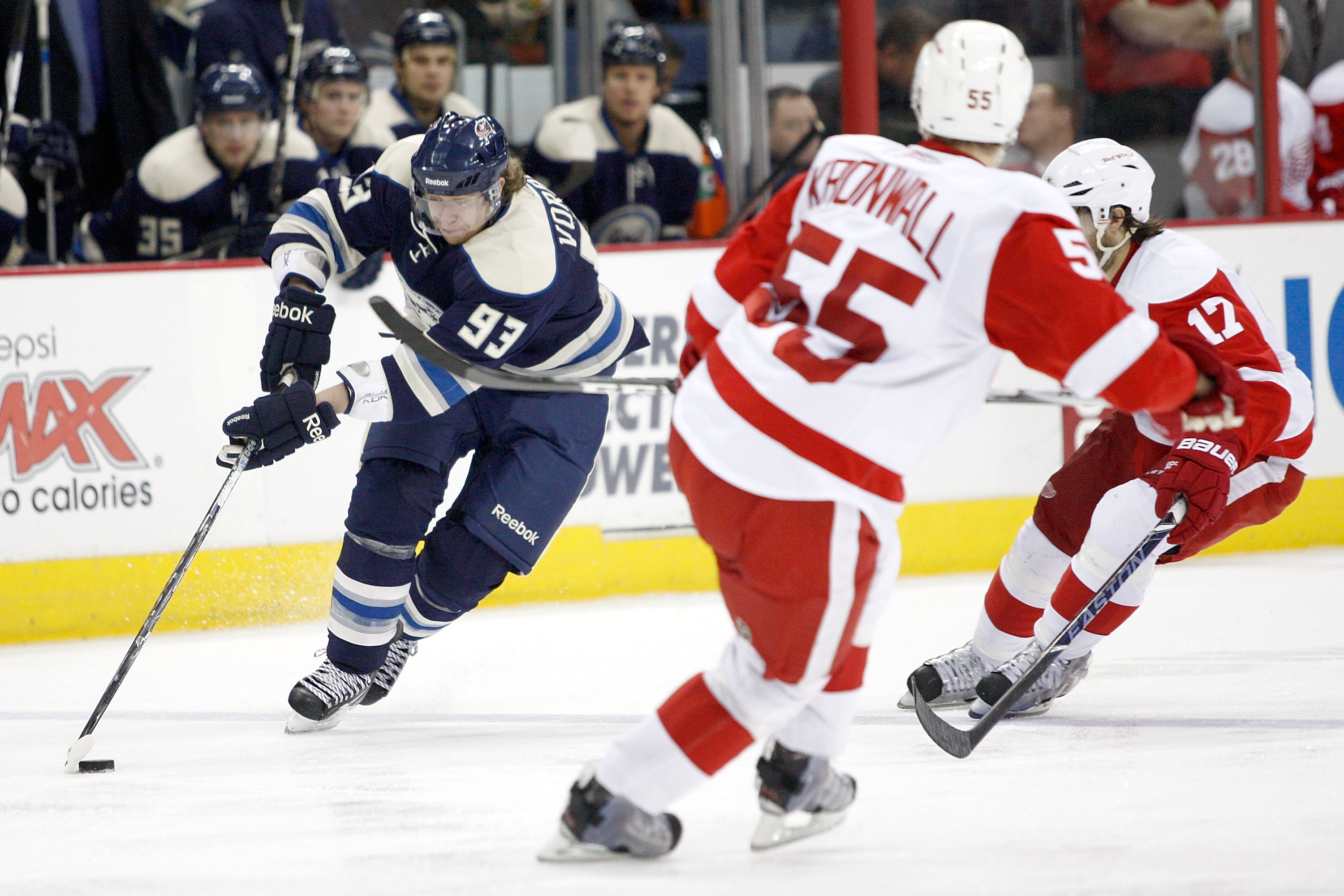 For Toronto: This trade would give Toronto a very good combo forward, who can play both center and wing, in Voracek. Along with Voracek comes John Moore, who came into the 2009 draft drawing comparisons to one Tomas Kaberle.

Pro: Columbus right now sits six points out with three games in hand on the eighth place team. Adding the much needed scoring touch of Kessel alongside Rick Nash helps their scoring, but also adds a powerplay sniper to the fold to instantly help their secondary scoring outside of Nash.

Con: A small market team that may not be able to afford both him and Rick Nash. 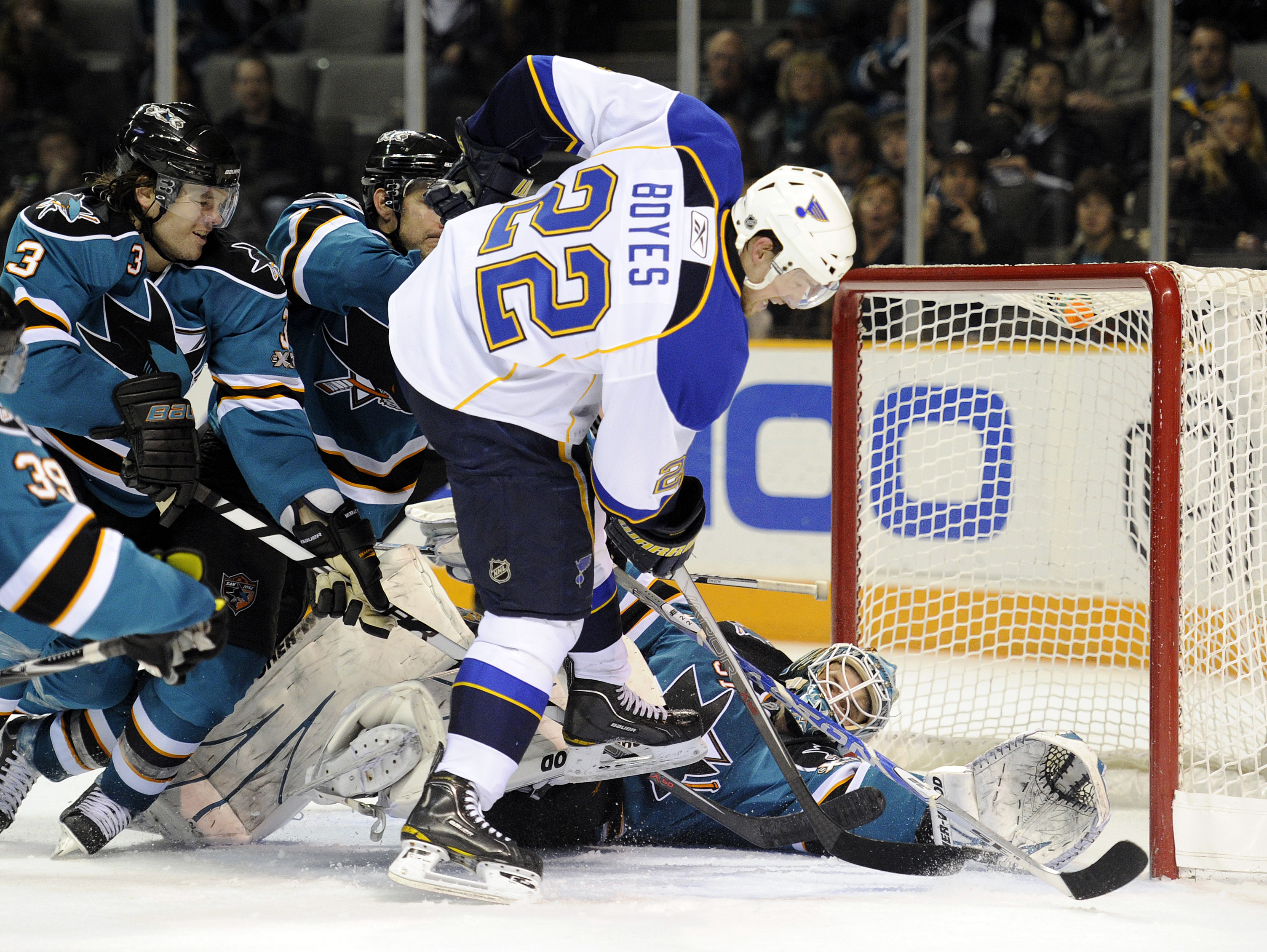 For Toronto: Boyes is owed $4 million next season and then becomes a UFA, meanwhile the draft pick is likely to be pretty high, possibly top eight, as the Blues sit fourteenth in the Western Conference with 54 points.

The draft is fairly top heavy, and the Leafs here hope Boyes returns to his 40 goal form he had a few years ago.

Pro: As for Kessel, he gets to be paired with a few of the best up and coming centers in TJ Oshie, Patrik Berglund and Alex Steen. All of these guys could make Phil Kessel a better player. Add to that a guy like David Backes playing alongside battling with him in the corners, it could be a match made in heaven for Kessel.

Con: With the likes of TJ Oshie and David Perron nearing their time for a new contract—RFA’s in 2011 and 2012, respectively, the Blues are making it tough on themselves for resigning them. However, they could always look to move Andy MacDonald in a pinch for a draft pick if things look grim financially. 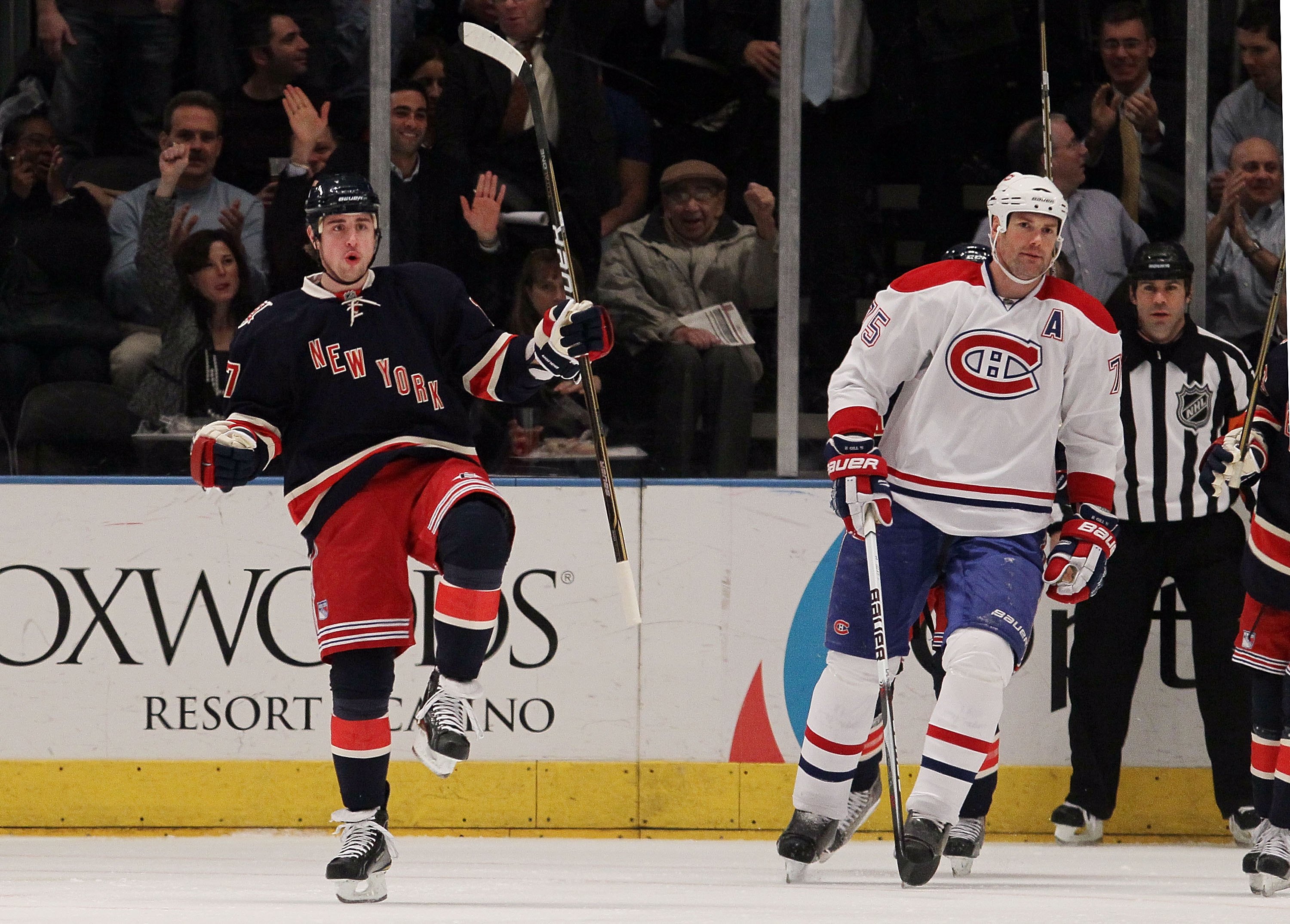 For Toronto: They get a top six forward, along with the Rangers' best forward prospect and the son of former Leaf Steve "Stumpy" Thomas. The Leafs instantly improve their forward prospects with one trade.

Pro:  With the likes of Derek Stepan "stepping" up, and Artem Anisimov, Evgeny Grachev and Chris Drury, the Rangers are stacked at center but could really use an upgrade on the wing. Also with this move, they receive AHL all-star Keith Aulie, who could play alongside someone like Michael Del Zotto and fit in like a glove.

Con: Is giving up that much prospects really worth it, judging by how Alex Frolov is working out or them? That's the risk they have to think about. 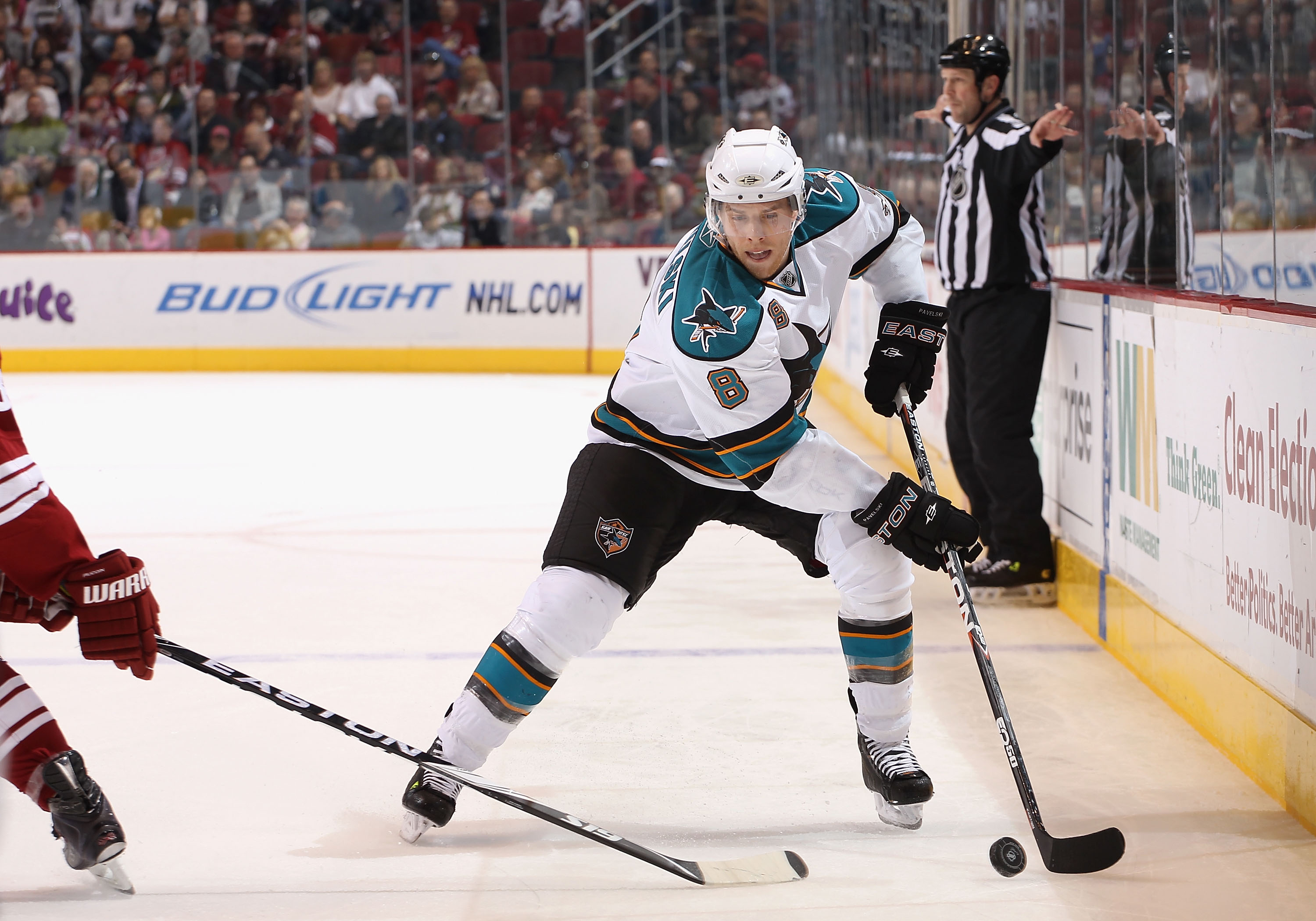 For Toronto: The Leafs here add a legit top six center in Pavelski, but also quite possibly the steal of the 2010 First Round in Charlie Coyle.  You can sub in Devin Setoguchi for Coyle instead if you feel the trade may have been unbalanced.

Pro: The Sharks would boast one of the best top sixes in all of hockey. A first line of Patrick Marleau, Joe Thornton and Dany Heatley, and coming up the rear is Ryane Clowe along with Logan Couture and Phil Kessel. They could still use a defenseman though in the grand scheme of things.

Con: Is there enough puck to go around for this group? 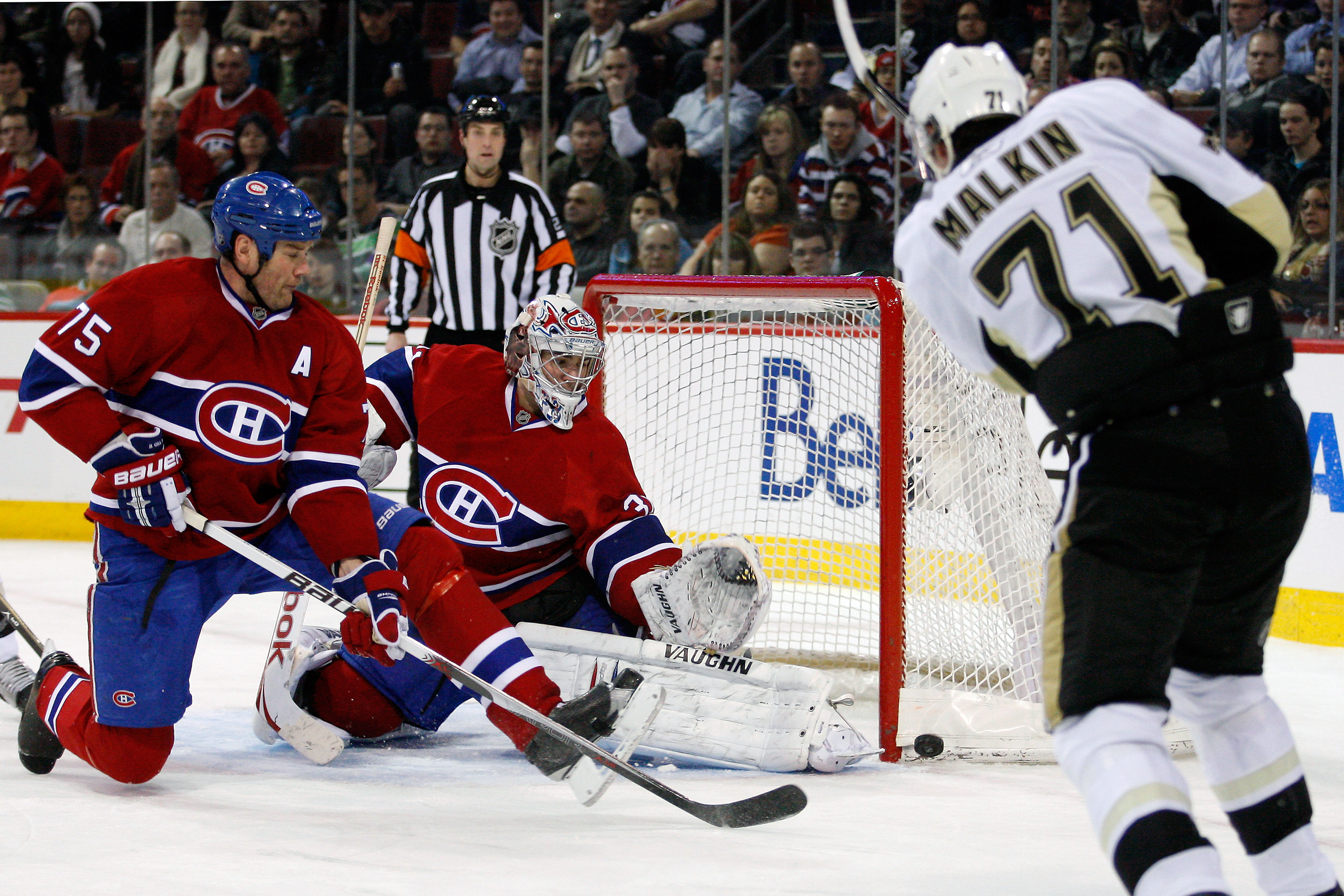 For Toronto: Eric Tangradi is a large, Dustin Penner-like presence at 6'4" 220 lbs, that the Leafs sorely lack. Adding two draft picks is key here for the Leafs, even though they will likely be very late in the first and second rounds.

Pro: Pittsburgh finally gets Sidney Crosby a scoring winger he has missed nearly his entire time in Pittsburgh—that was until Evgeni Malkin was shifted to the wing.

Con: Kessel has a pretty hefty contract, and adding that contract to the likes of Crosby and Malkin could put them in cap hell.

A different look to a Pittsburgh  deal (Here me out)

Pittsburgh trades Malkin here for some cap relief, but also some scoring on the wing. Toronto trades Phil Kessel for that first line center they have longed for since the days of Mats Sundin. Now they would have to get back to finding some scoring wingers for him. A top line of Nikolai Kulemin, Mikhail Grabovski and Malkin looks mighty dangerous though.

Would the Pens consider this move? It's doubtful, but its probably about the best package they can hope for if they were looking to deal Malkin.