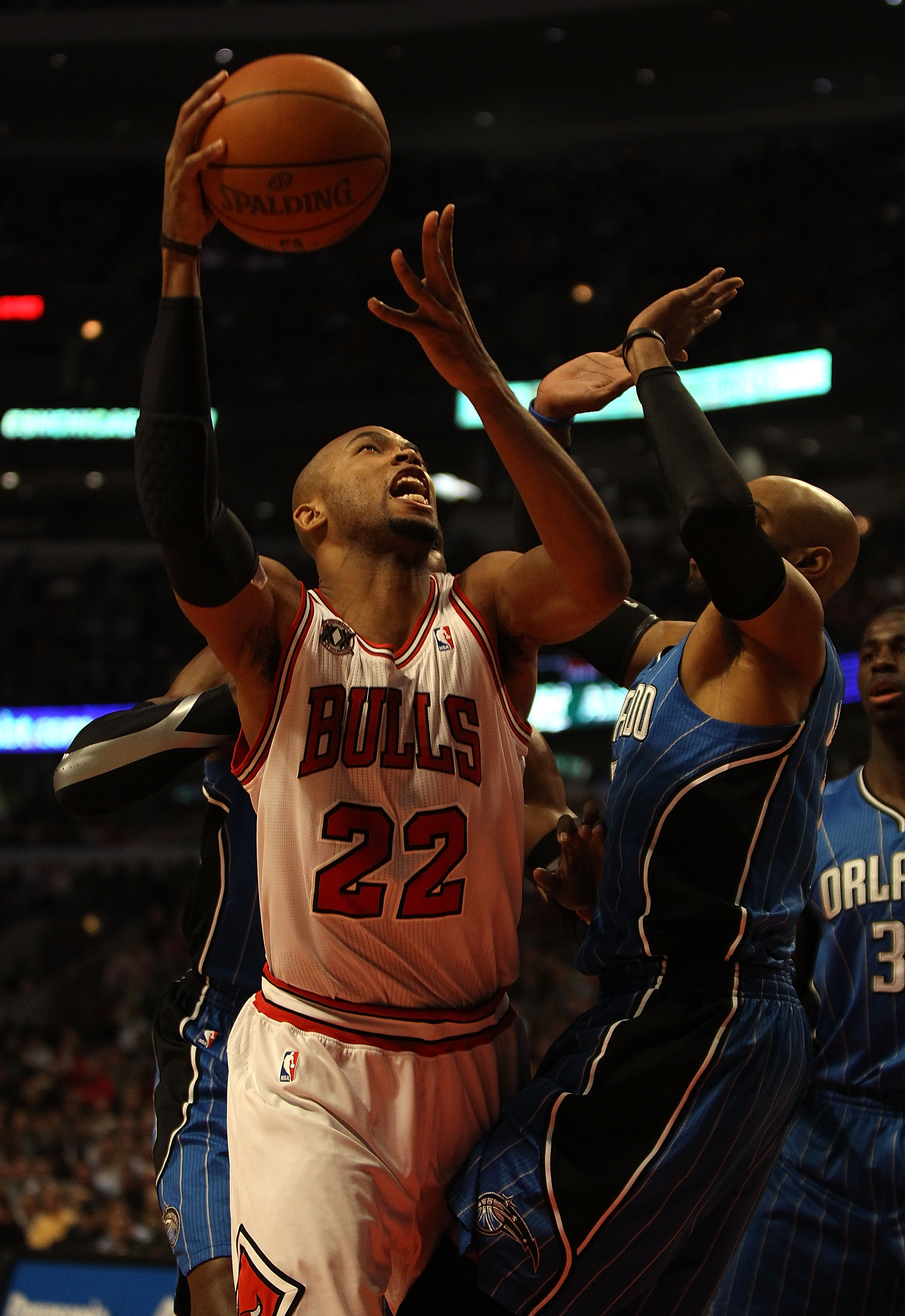 Behind Derrick Rose and Joakim Noah, he may be the fan favorite. He runs the floor, works hard and throws down a dunk or two, here and there.

Heck, he might be my favorite player on the Bulls. His effort is important to this team's success and he really leads the second unit. Taj provides depth for the team in case of emergency injuries, which has basically been this whole season.

But what sets Taj apart is his ability to play at both ends of the court. His ability to block shots, rebound and outwork his defender for a putback, makes him a solid asset.

Despite all of his positive attributes, the Bulls need to trade Taj Gibson this season

No. 4: He Is the Best Trade Asset the Bulls Possess 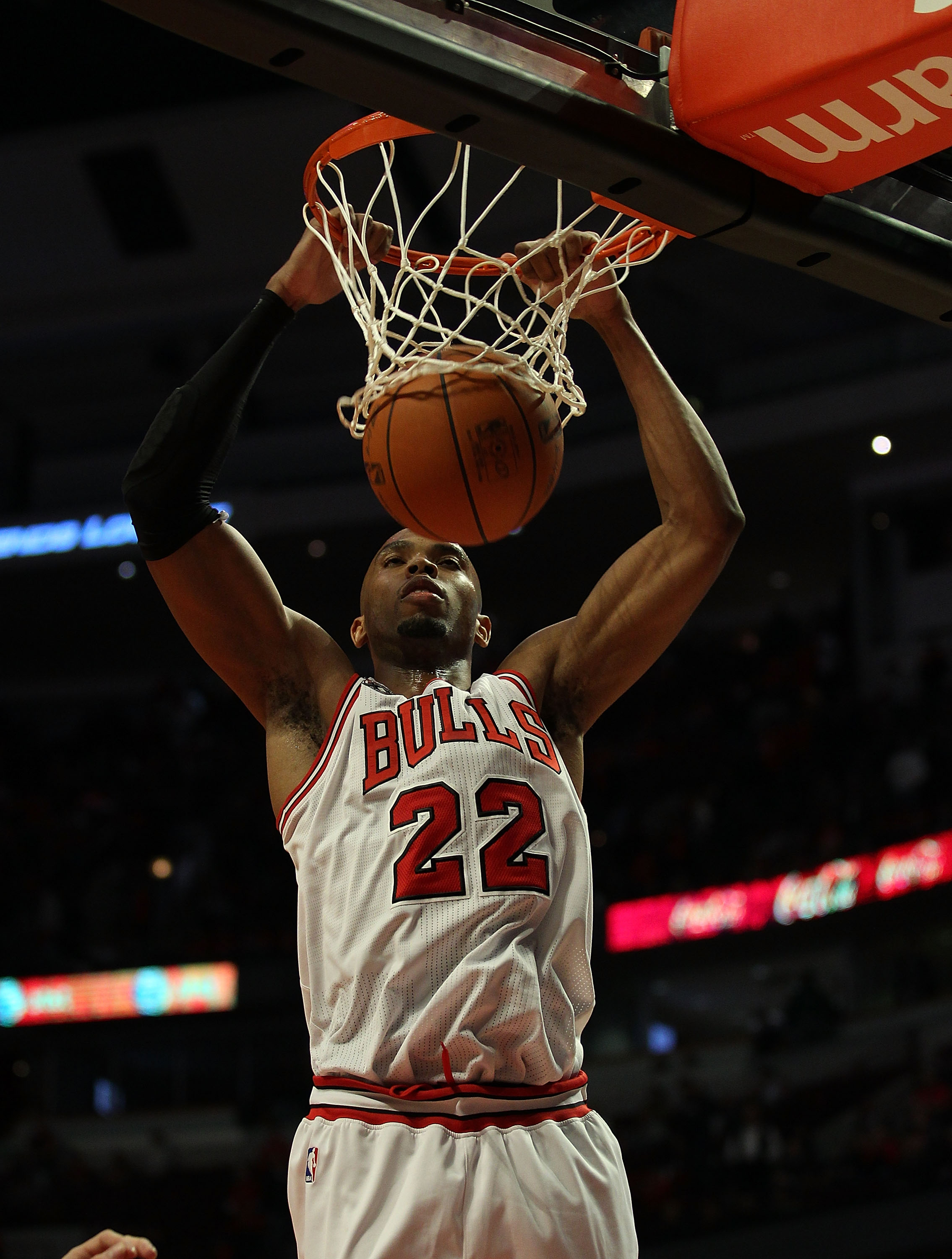 On the Bulls roster, Rose, Noah and Boozer are considered elite “untouchable” players that won't be traded. And since Deng is Coach Thib’s favorite, any potential deal with these four go right out the window.

That leaves Taj, who could conceivably start on at least half of the teams in the NBA. He is a quality defender and a high-energy player, even Phil Jackson has repeatedly praised Taj.

Since he is the best asset, any and all trades the Bulls pull off will have to include him. A team will not listen to a trade proposal from the Bulls unless Taj is the headliner.

But the Bulls need to trade Taj now because….

No. 3: His Value As a Trade Chip Will Begin to Decline—Trade Him Now! 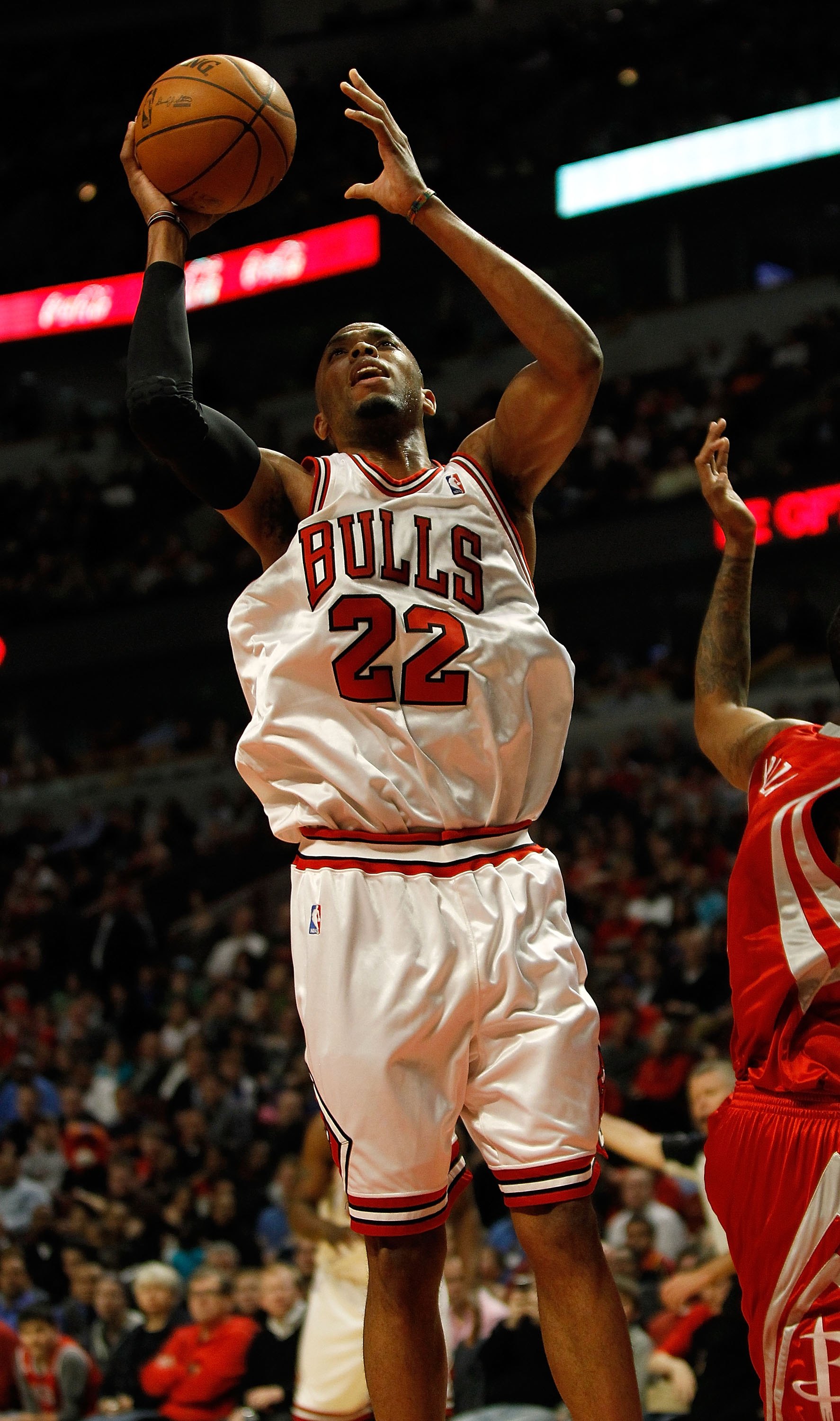 Except for freak situations that include tripping over a gym bag (Boozer) and aggravating an injury by repeatedly trying to play with it (Noah), the Bulls have two bona fide All-Stars in the low post and there won’t be enough minutes for everyone.

More importantly, Noah and Boozer will be on the floor for the majority, if not, all of the fourth quarter. If Taj does not play during this crucial time, he will loose some value.

In a league where the most recent performance is everything, Taj won’t play enough to catch another team’s eye.

More importantly, the Bulls need to utilize him as an asset because…

No. 2: A New, Quality Shooting Guard Is More Important Than Taj 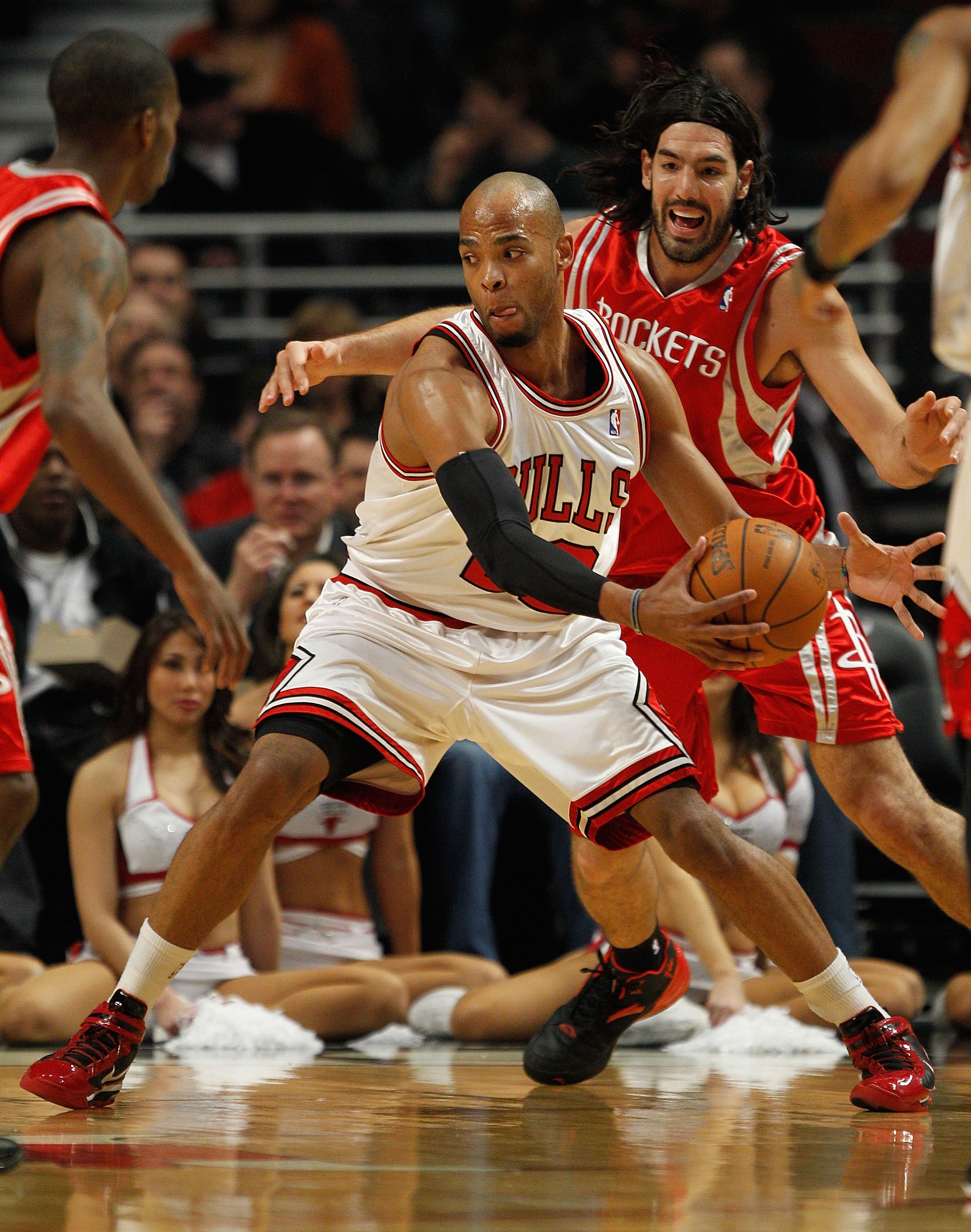 Taj is playing around 23 minutes a night, but that number is a little inflated because he started the beginning of the season due to the Boozer injury.

While Taj provides insurance in case of an injury, so do Omer Asik and Kurt Thomas. Quite simply, if the Bulls don’t trade him now for a new shooting guard, no new banners will be hung in the United Center.

But the No. 1 reason why the Bulls need to trade him before his value declines is….

No. 1: Taj Will Leave the Bulls Anyway 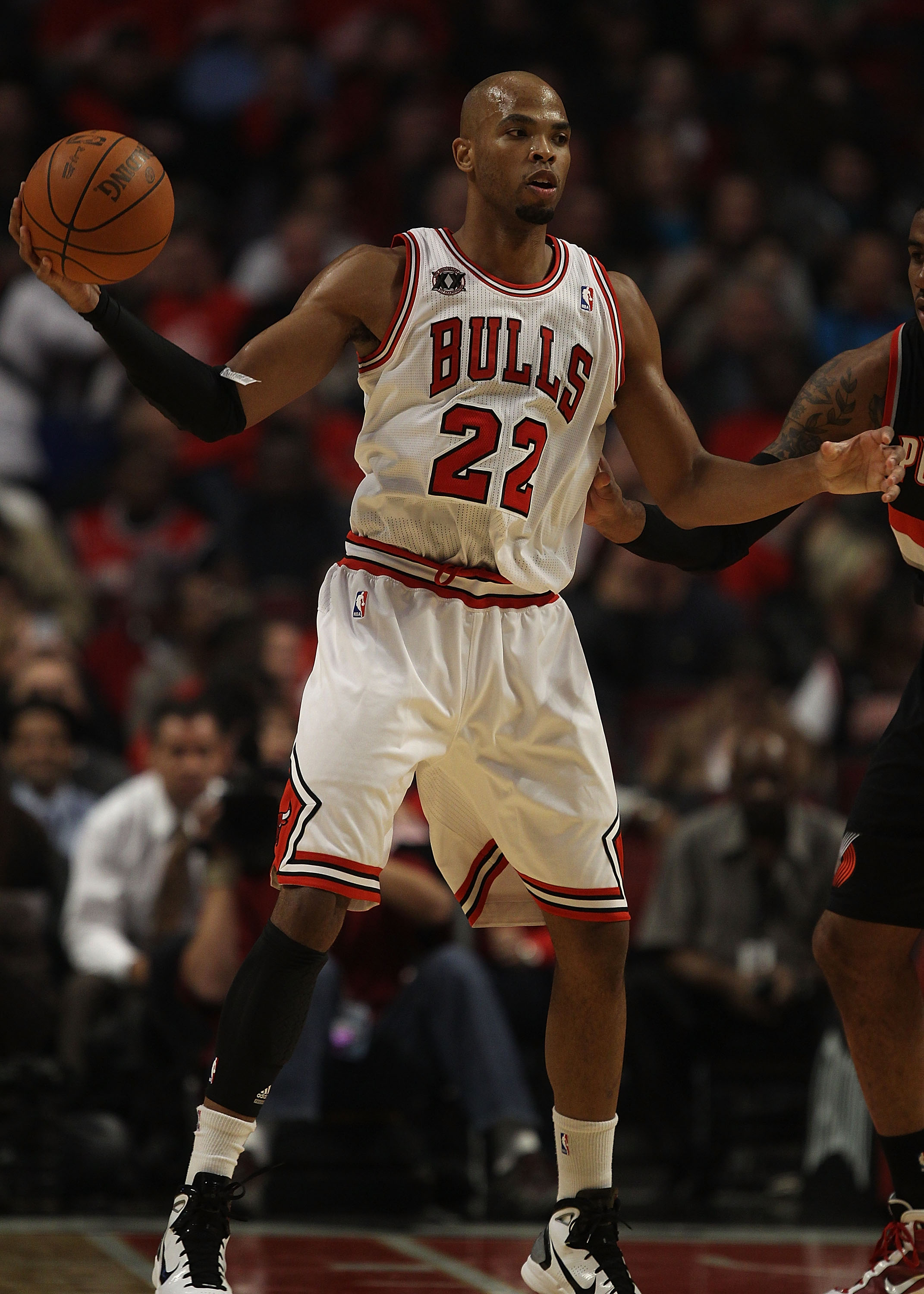 Taj’s contract ends after the 2013 season with a team option for another season. At that time, the Bulls will be giving huge money to Rose, Boozer, Noah and Deng; the Bulls won’t be able to afford to keep him.

But more importantly is that Taj will want to leave.

First, he will want to start after sitting behind Boozer.

Second, he only has one chance to get a sizeable contract before he is deemed “too old.”

When his contract is over, Taj will be 27-years-old and will want to cash-in on a long-term deal before his retirement. Taj certainly noticed how he outplayed Hakim Warrick last year.

Warrick signed for more than four million a year and Taj will realize he could earn far more.

As a result, the Bulls need to trade him now to get the shooting guard they desperately need.

His value is at it’s highest.

Trade him before he leaves you for greener pastures.