Kevin Garnett: 10 Reasons He Deserves to Win Defensive Player of the Year Award 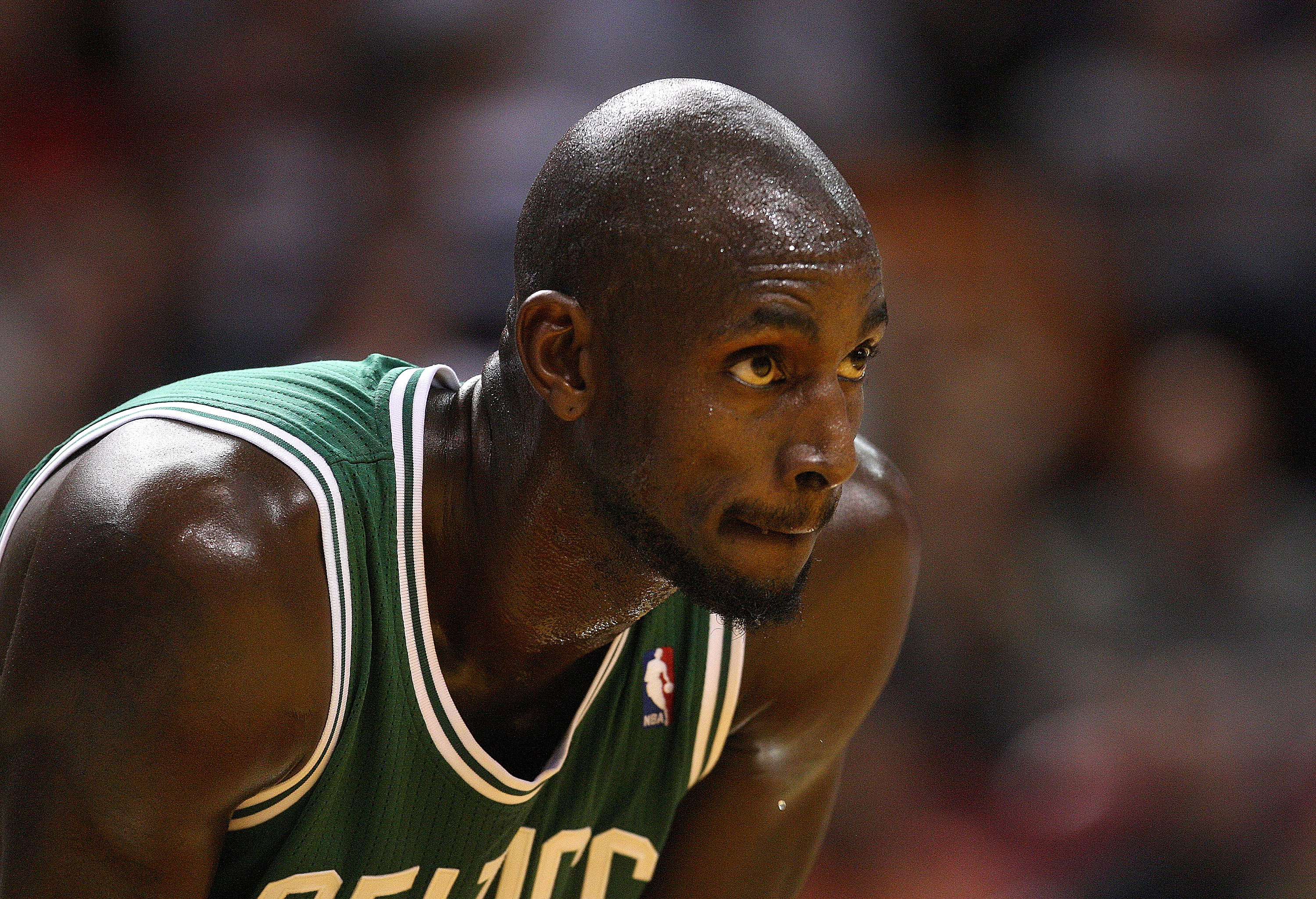 Kevin Garnett has always been a defensive force for most of his career. He even was recognized as the best defensive player in the league in 2008.

Garnett has been voted to 10 NBA All-Defense teams including eight times on the first team. Last year was the first time since the 1998-99 season that he was not on an All-Defense team and the only reason he wasn't on the team was due to injury.

This year, Garnett is back to his defensive self and he deserves to be rewarded by being named the Defensive Player of the Year.

Here are 10 reasons why the Celtics star will win another Defensive Player of the Year award.

What do you think of Garnett's defensive prowess? Let us know. 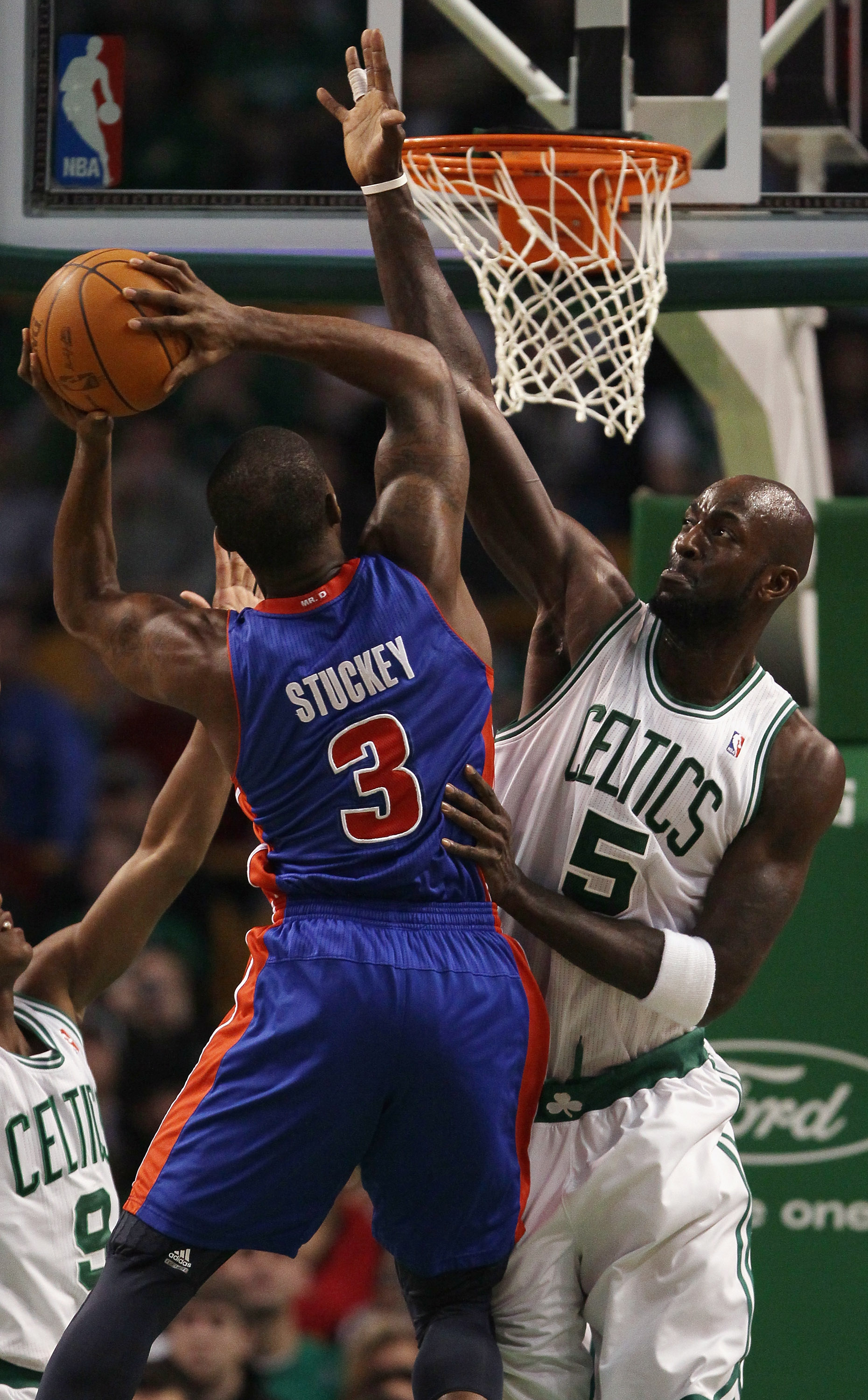 The thing that makes the Celtics so hard to beat is their versatility. That versatility starts with Garnett.

KG is such a skilled player that he is able to switch from guarding a big man in the post to a guard with speed on the outside.

The fact that KG can switch to anyone on the court is a rare talent that not many other NBA players possess.

9. Getting Healthy After Knee Surgury 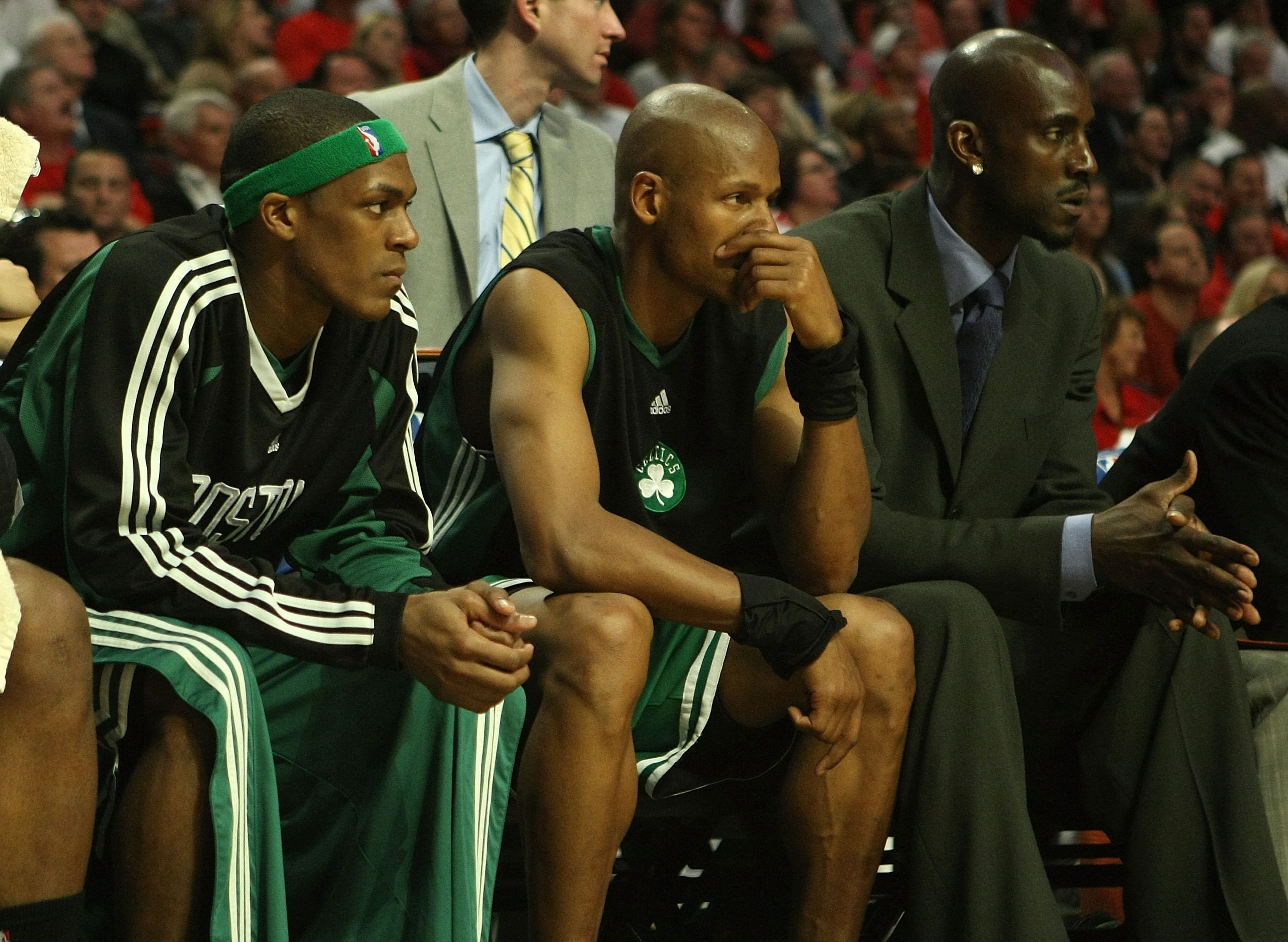 In May 2009, Kevin Garnett had surgery to remove bone spurs from his knee. While the injury sounds minor, it caused him to miss the entire 2009 playoffs.

Usually players take two years to recover from knee injuries. Well, KG is finally starting to look like he is fully recovered from the injury.

The last time KG was 100 percent healthy, he was the Defensive Player of the Year and the Celtics won the NBA championship.

8. Boston Is Best in the East 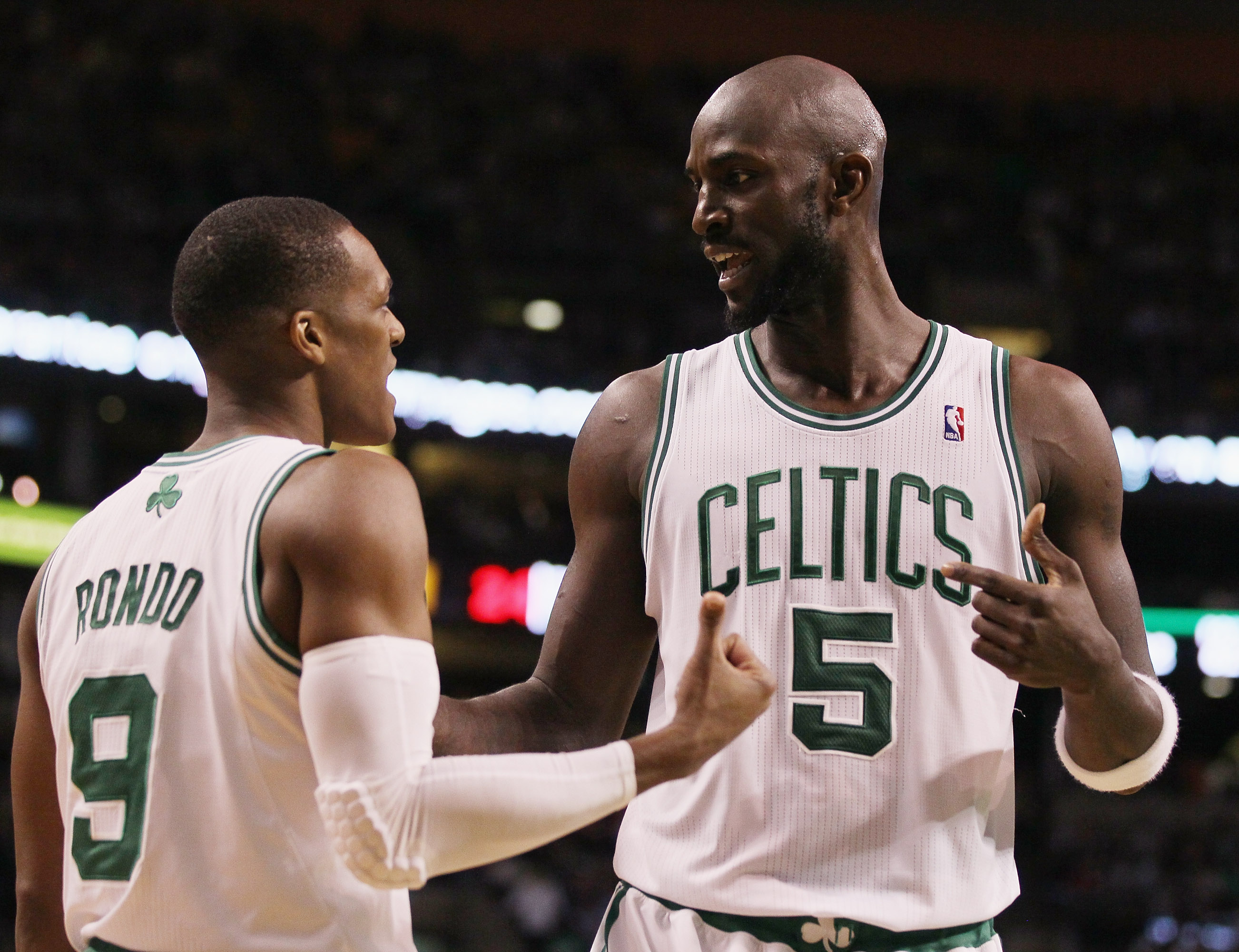 As I mentioned in the first slide, the thing that makes the Celtics so dangerous is their versatility.

7. Not Just a Defensive Stopper 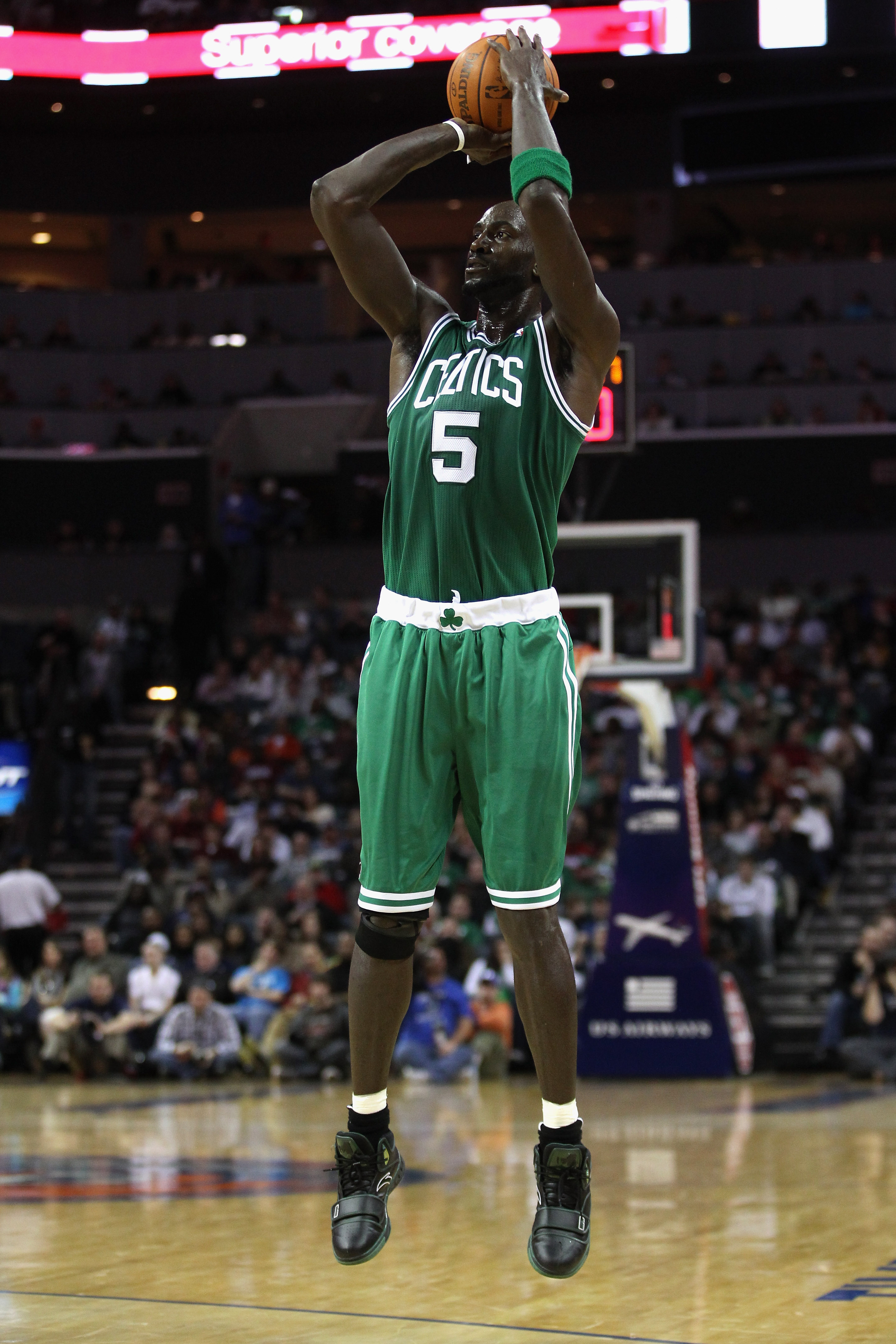 Once upon a time, Kevin Garnett was one of the best scoring forwards in the NBA. He has range out to the three-point line and he had some killer post moves. While the Celtics don't require him to do much scoring, he is still capable.

Looking at other guys who were considered defensive stoppers over the past decade, only Ron Artest had the offensive game that made him difficult to deal with. 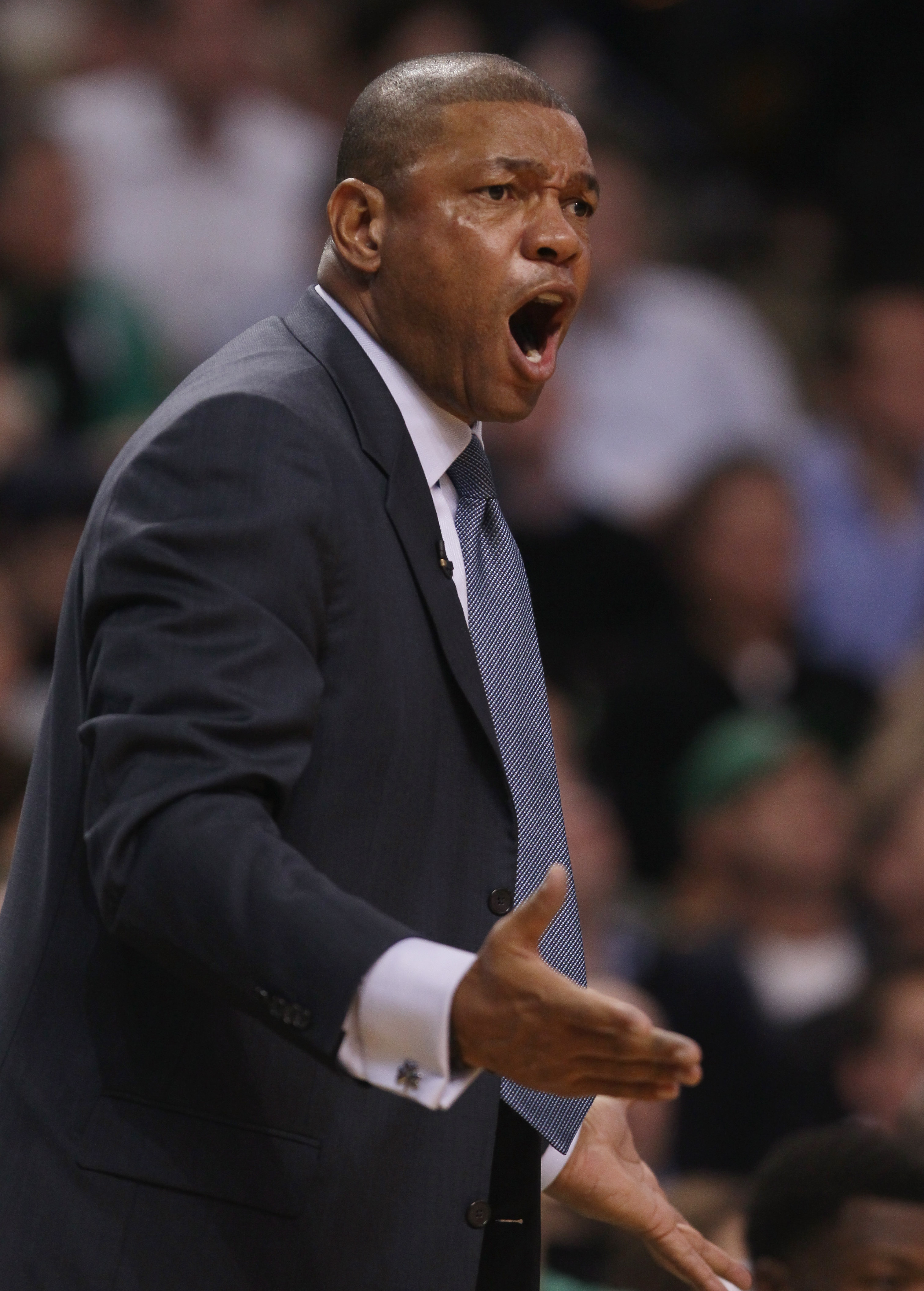 Recently, Garnett missed nine games and most of a 10th because of an injury. During that stretch, the Celtics gave up over 100 points three times and, for the most part, those games were against lesser opponents.

The fact that Garnett is so important to the Celtics was very evident when he wasn't playing. 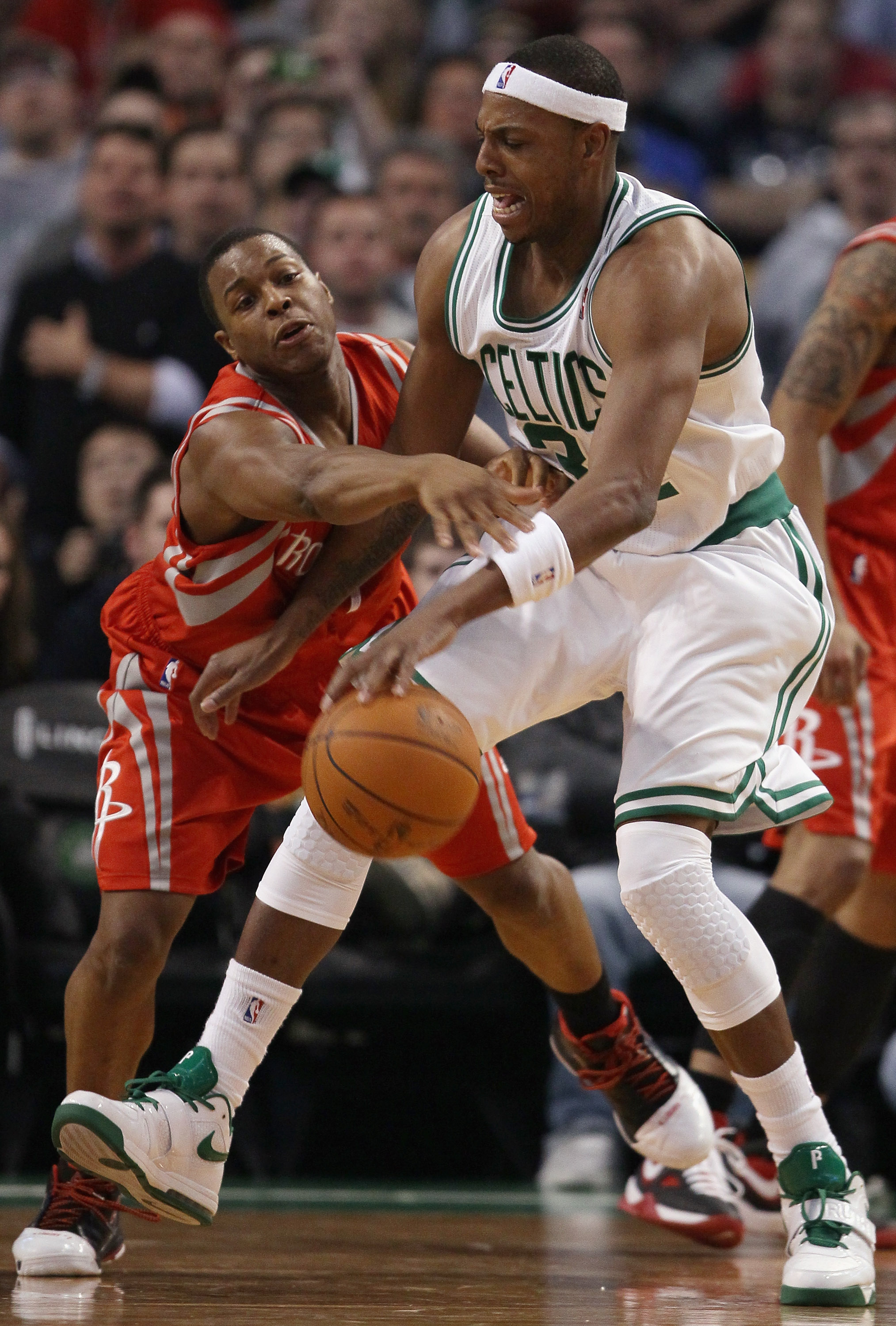 During the 10-game stretch where Garnett was hurt, the Celtics lost four games. That might not sound like much, but prior to that the Celtics had lost just five games.

There is no better judge of what someone means to a team than how that team does without that player.

With Garnett in the lineup, the Celtics have a .828 winning percentage and a .600 when he is out of the lineup. 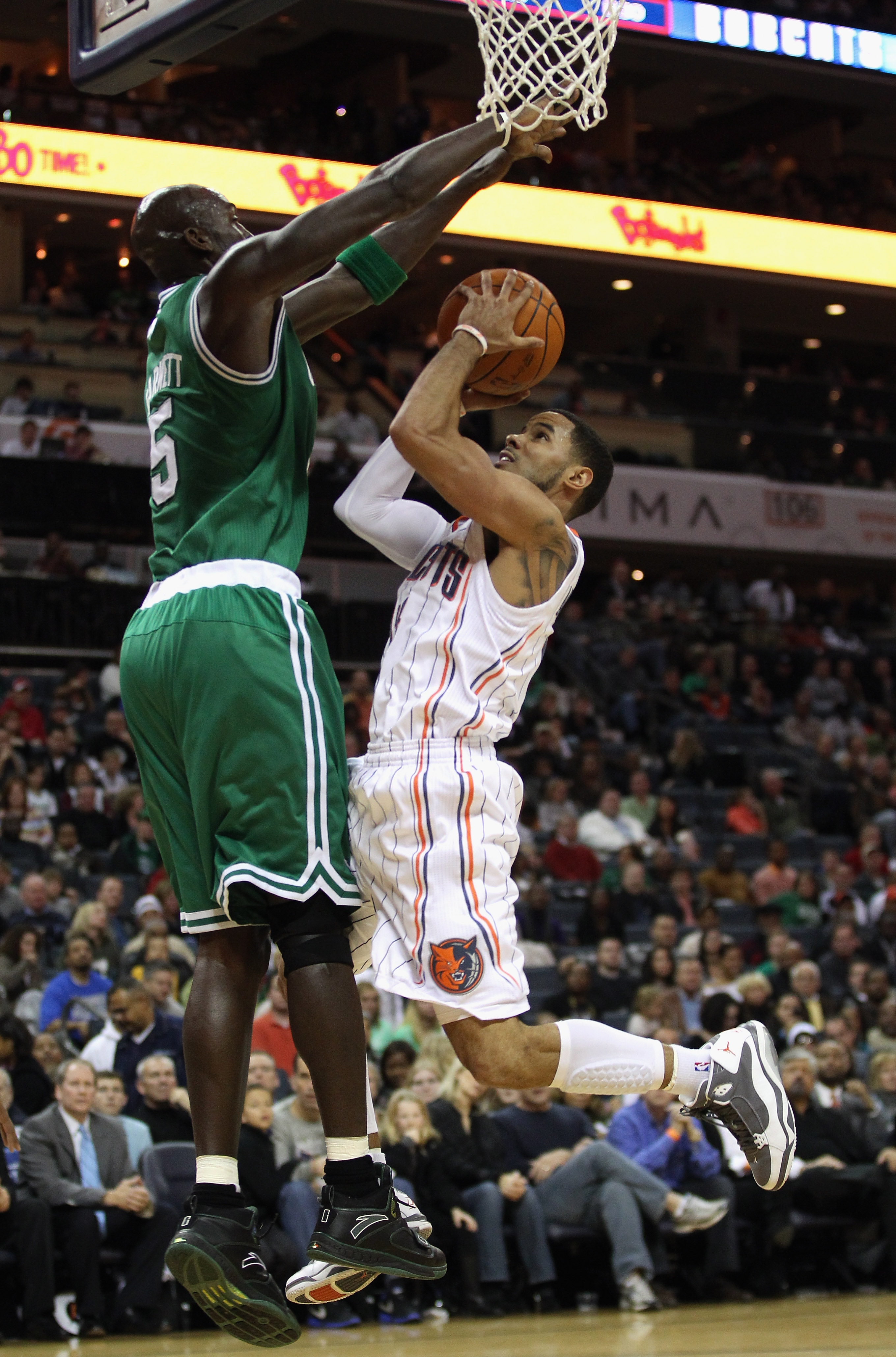 Stocks are a stat invented by Bill Simmons in his Book of Basketball. Basically steals plus blocks equals stocks.

Kevin Garnett averages 2.41 stocks per game so far this year. Obviously, that is not a huge number, but it is very high for power forwards because of the high level of steals per game. 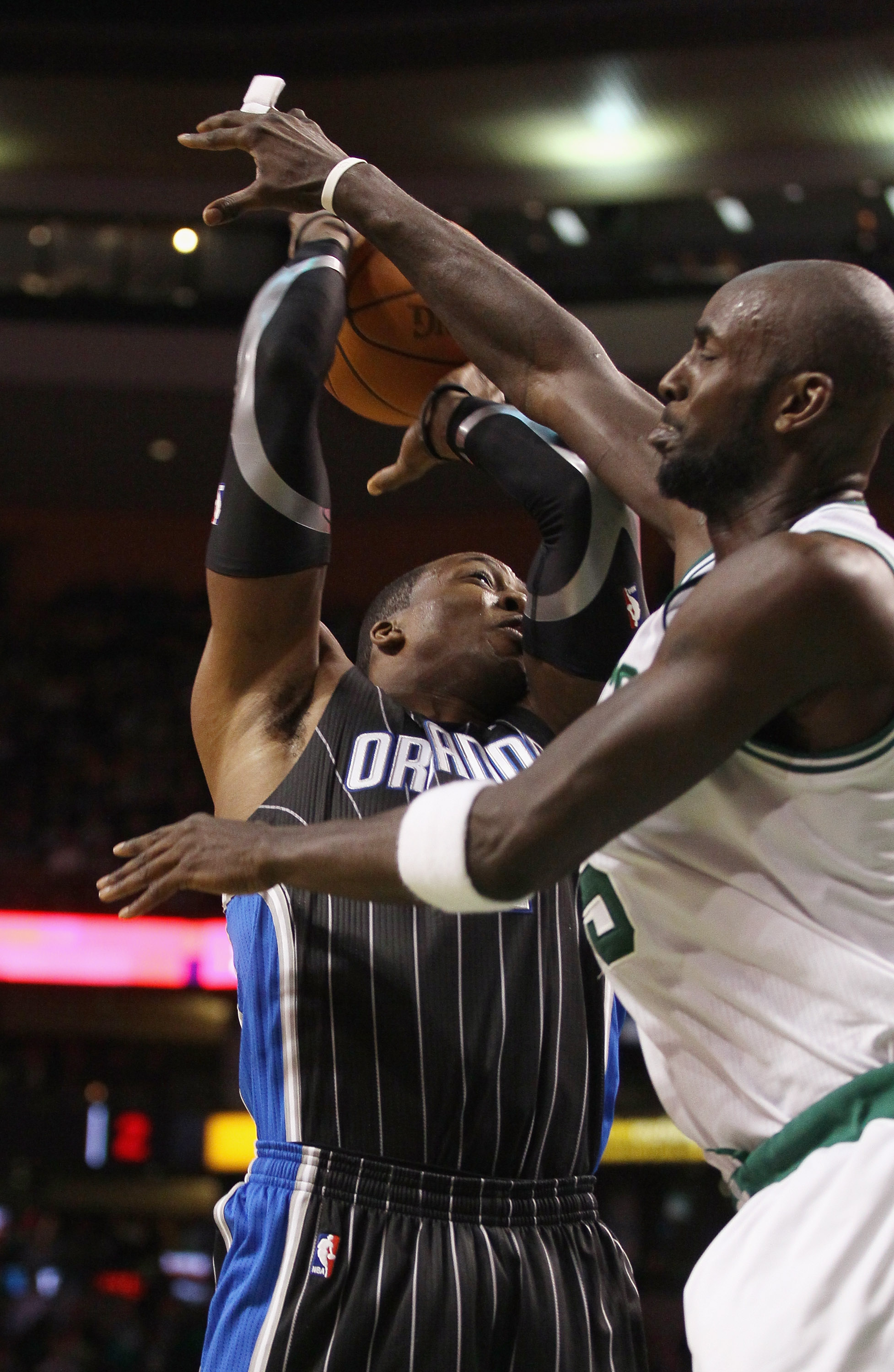 The Celtics lead the NBA is scoring defense.

2. KG Is the Heart of Boston's Defense 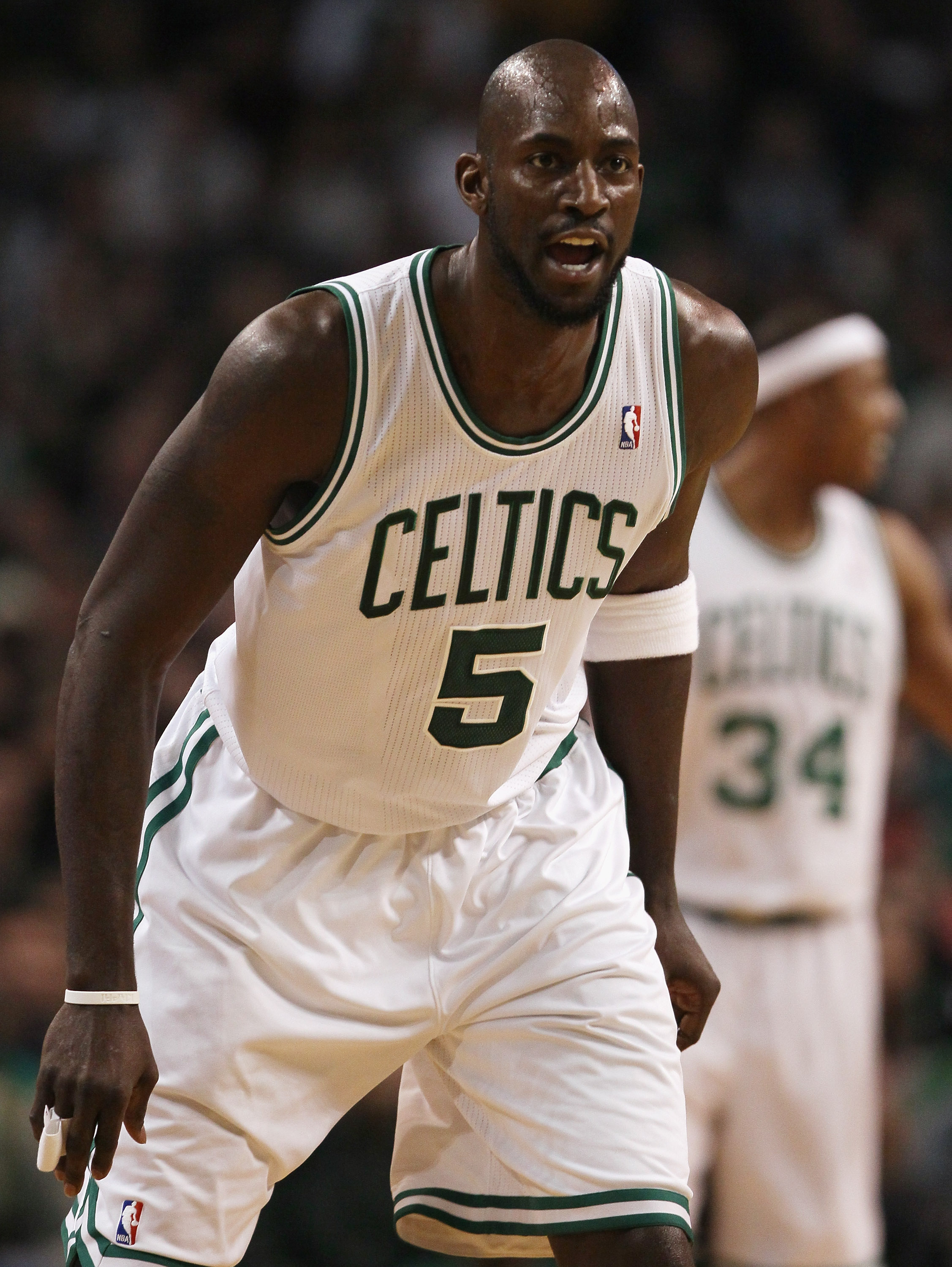 Kevin Garnett is to the Boston Celtics what Ray Lewis is to the Baltimore Ravens.

KG is the middle linebacker of the best defense in the NBA. 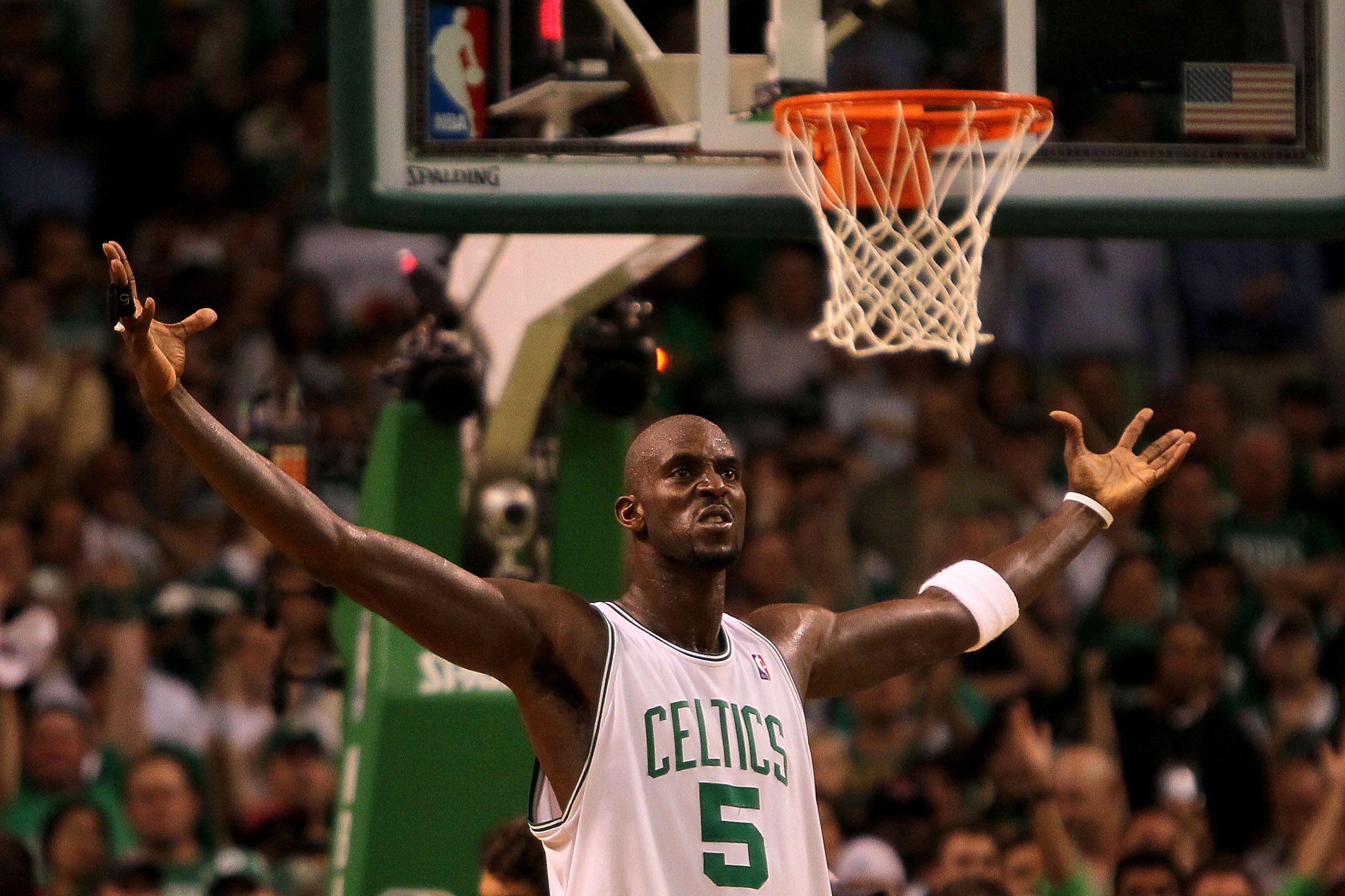 On Monday, Kevin Garnett proved that he is at his best in big moments.

Late in the game, the Celtics held a slim three-point lead and the Magic were looking to tie the game. KG stole a pass and ended up stealing the game.

Garnett is a clutch defender.