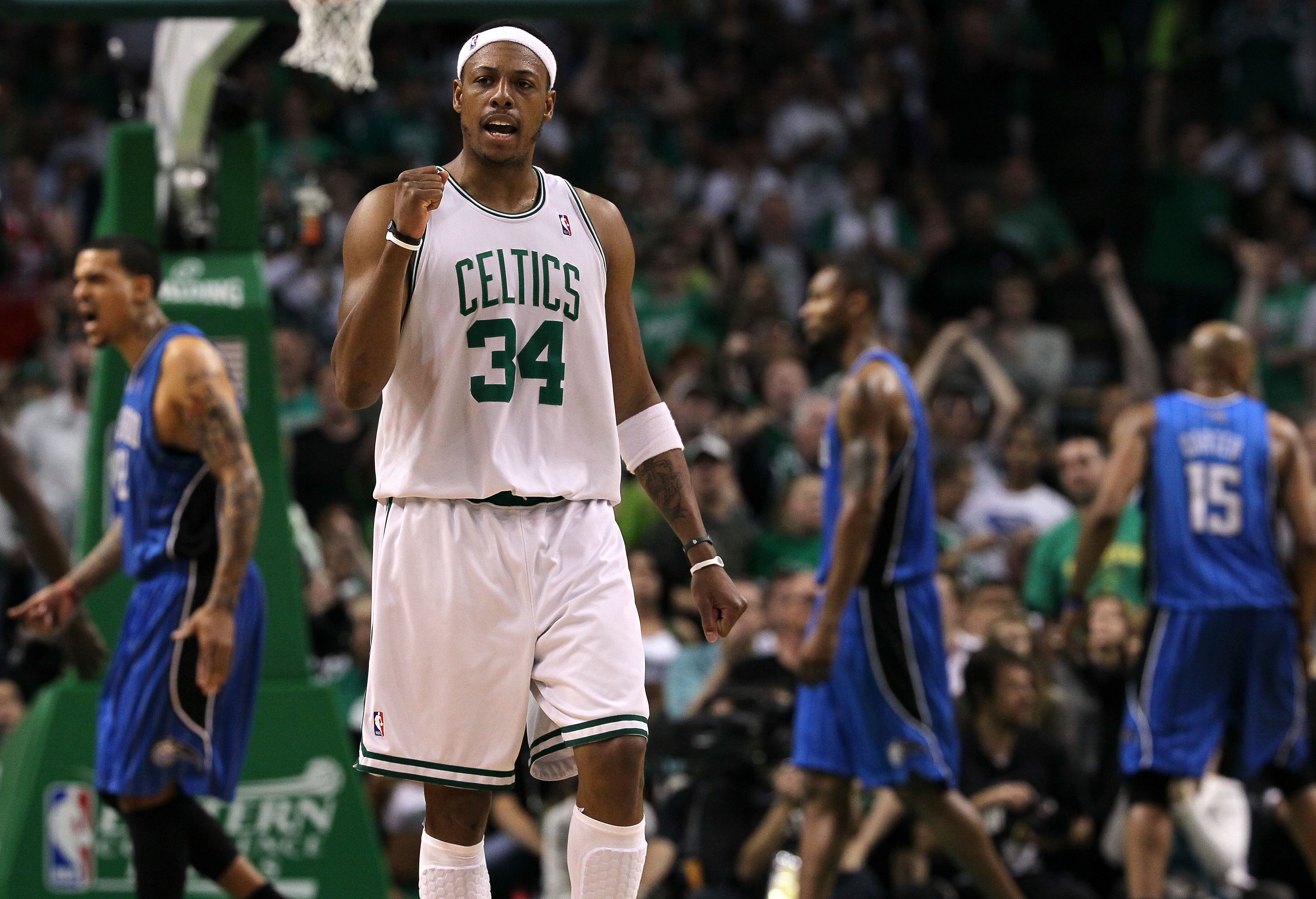 Monday's matchup of the Boston Celtics and the Orlando Magic is considered by many to be a preview of a conference playoffs series.

Orlando has been reinvigorated by the acquisition of Jason Richardson, Gilbert Arenas and Hedo Turkoglu, and the Celtics are trying to get a second ring for the big three.

The following player comparisons are based on the current lineups, which we all know often change. 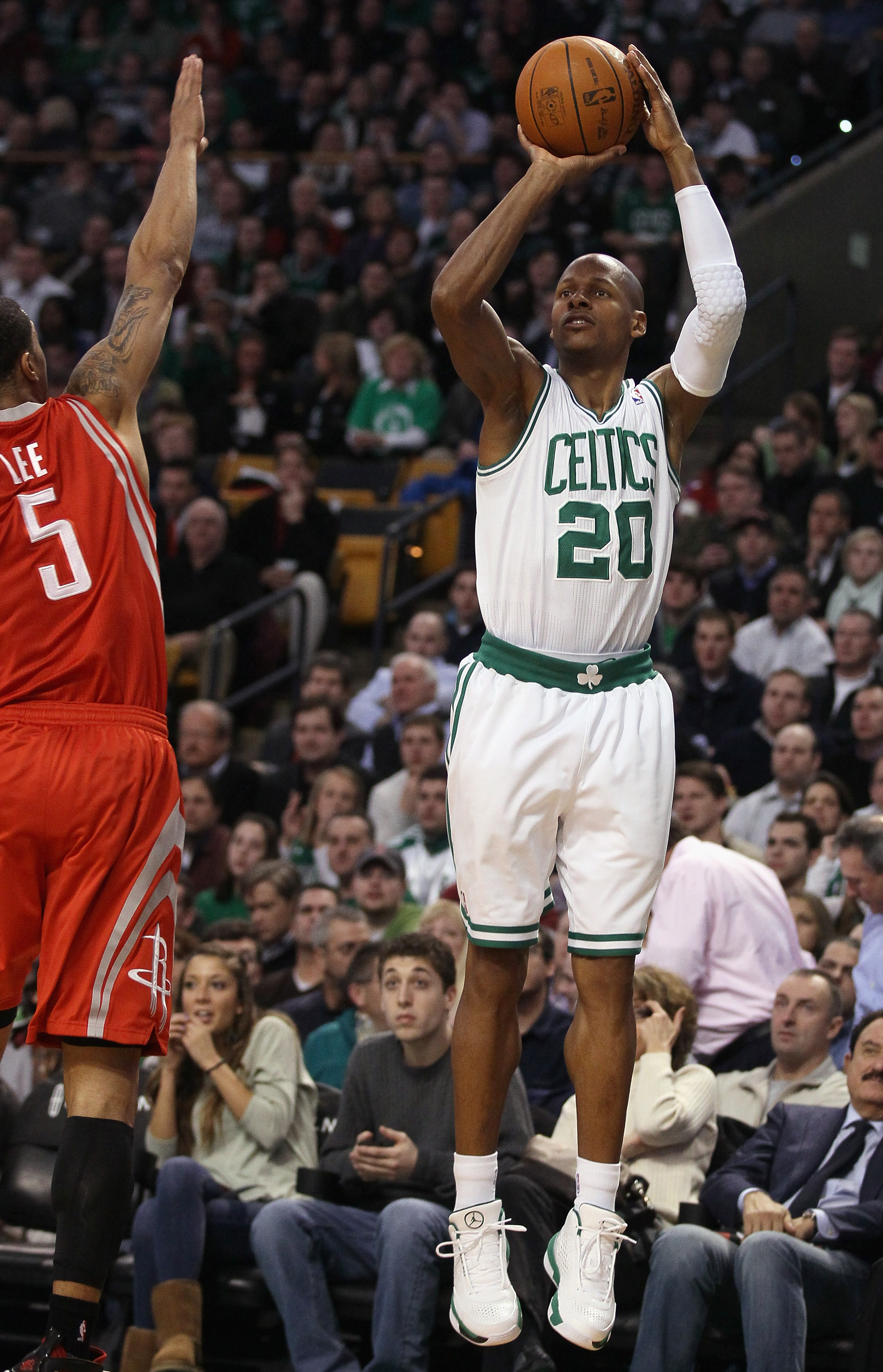 Statistically these two are surprisingly close, Richardson even averaging slightly more points per game; despite this, I know who I would prefer to have the ball in the closing seconds of a close game.

Ray Allen is poised to take Reggie Miller's all time three-point record at some point in the near future, and anyone who has watched him play can plainly see his ability to hit shot after shot. Richardson is a great player, but Allen has the edge here. 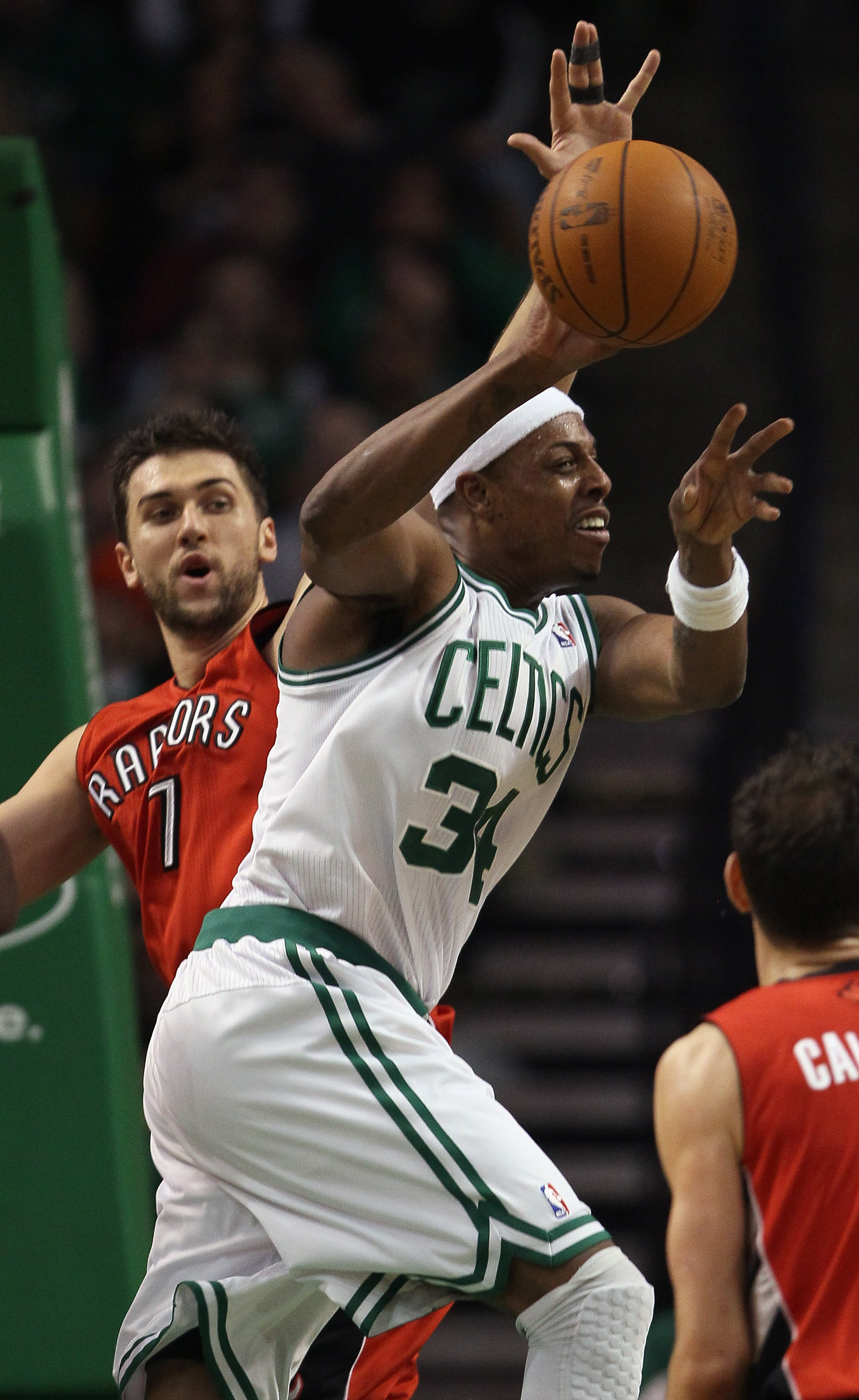 Despite the reinvigorated Turkoglu we have seen since his return to Orlando, there is not much competition between the Magic and Celtic's small forwards. Turkoglu has the ability to keep Pierce busy, but they are playing on different levels.

The former finals MVP, Paul Pierce, has one of the most complete games in the NBA. Whatever role Boston needs filled, Pierce can fill it. He can score, steal and assist. Turkoglu can play ball, but Pierce edges him out in every capacity. 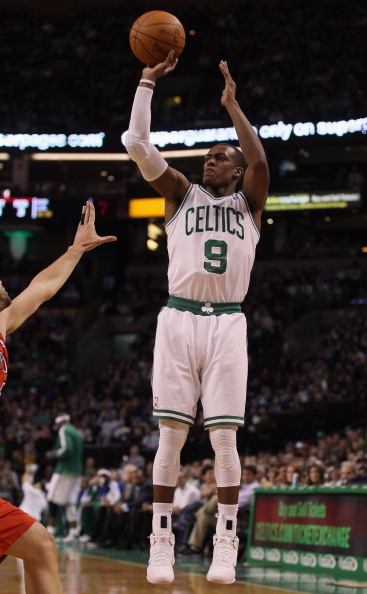 This season Rondo has emerged as one of the NBA's elite point guards, and as his game continues to grow, he gets more and more impressive. Jameer Nelson is, ah, a dependable enough player.

There isn't much in the way of competition between these two players. Rondo leads the league in assists, can steal and while he isn't a great shooter, he is averaging a double-double. Jameer Nelson is averaging three more points, but other than that is older, shorter and fatter than Rondo. 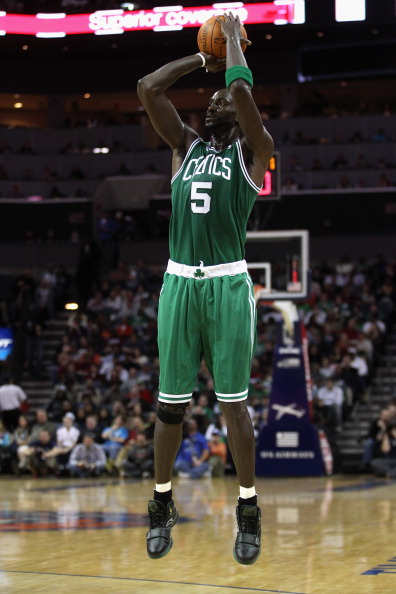 The Big Ticket vs. The Big Fish, a future Hall of Famer vs. a role player. Kevin Garnett has been back this season after an injury plagued 2009/10. He averages higher points per game and rebounds than Bass.

The problem here? Injury is starting to become a problem for the ageing Garnett yet again. He is expected to return from his calf injury against the Magic, though Rivers won't allow him to play unless he is game ready. 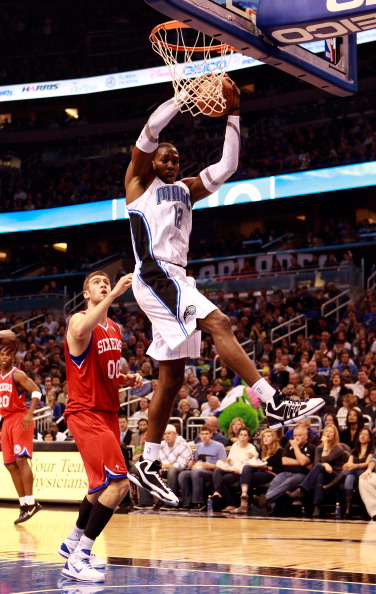 The new vs. the old, Superman vs. Superman. While Shaquille O'Neal has been playing like a slightly younger version of Shaq, he still has all the same old holes in his game and is still 38 years old. Howard has taken his game to a whole new stratosphere this season.

Dwight Howard can score, rebound, block and steal; his abilities, along with his massive physical presence on court, make him one of the most dominating players in the game and certainly the best center playing. 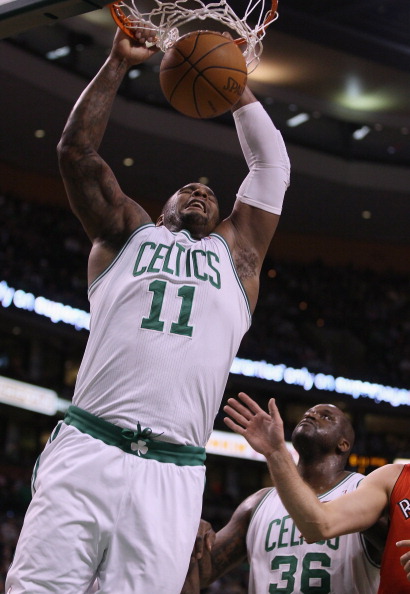 The Celtics have one of the deepest benches in the NBA, with Glen Davis, Nate Robinson, Semih Erden and Marquis Daniels. The Magic don't quite have the depth of the Celtics, though there are several x-factors in this comparison.

J.J. Redick is coming off an 18-point game, in which he hit four three-pointers and could provide a score explosion off the bench. Gilbert Arenas, as well, has the potential to be an elite player when he feels like it, and this is a big game for Orlando to prove themselves in, so it is quite possible Arenas will pull out a high-class game. 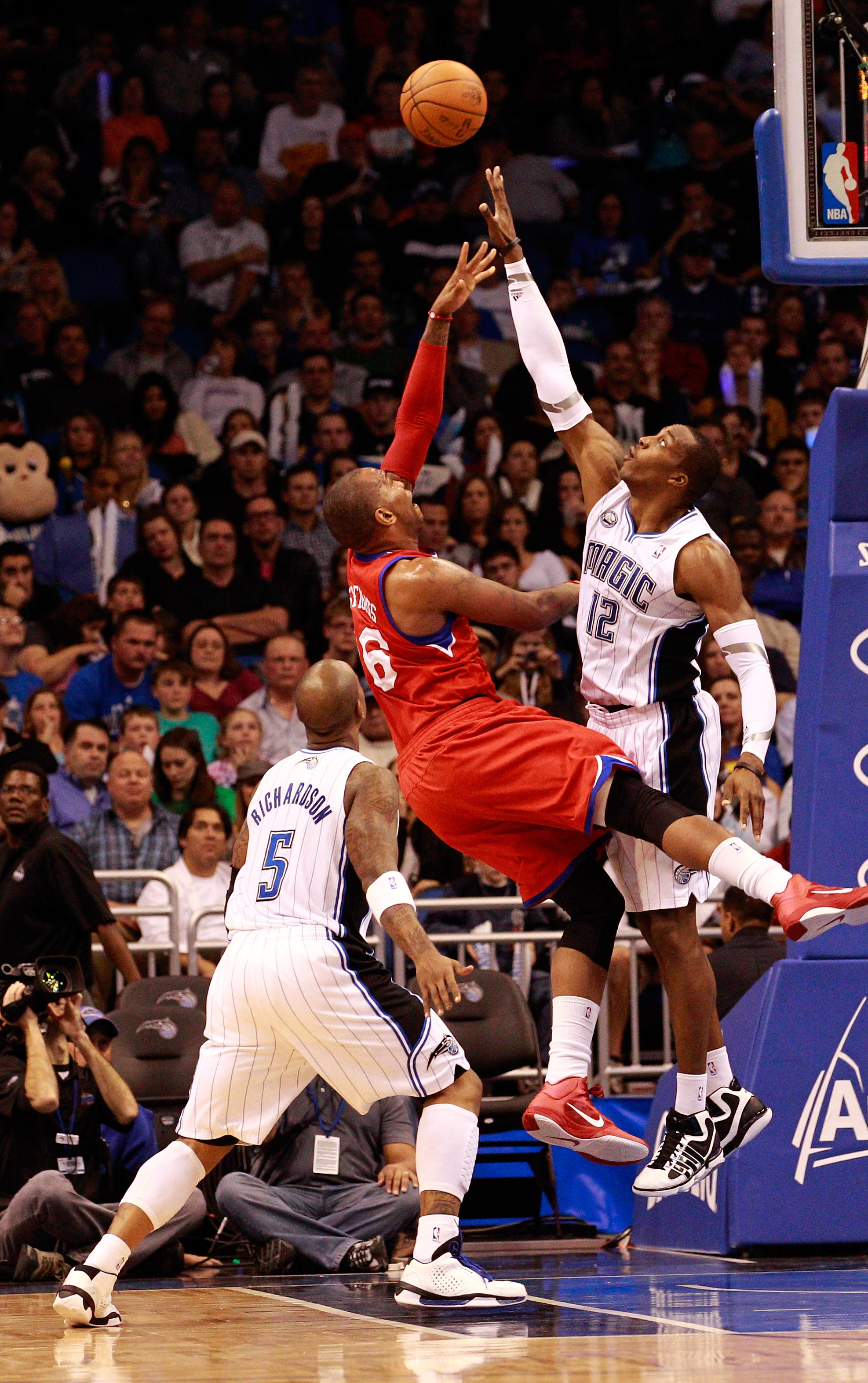 While Boston wins individual contests almost across the board, Orlando have been really gelling as a team lately. They have shot from obscurity to championship contenders in the space of a month.

Orlando also have the psychological advantage going into the game, having defeated the Celtics in their Christmas Day matchup. This will help a player like Kevin Garnett, though he may be physically unable to dominate.

Both teams have won three out of their last five games, though Orlando have had a much bigger win against the Mavericks in that period and also bested the Rockets, who beat the Celtics.

Whichever way this game goes, it is certain to be a great game and an unmissable spectacle and showcase for the fundamentals of basketball.