Blake Griffin And The Hardest Dunkers In NBA History 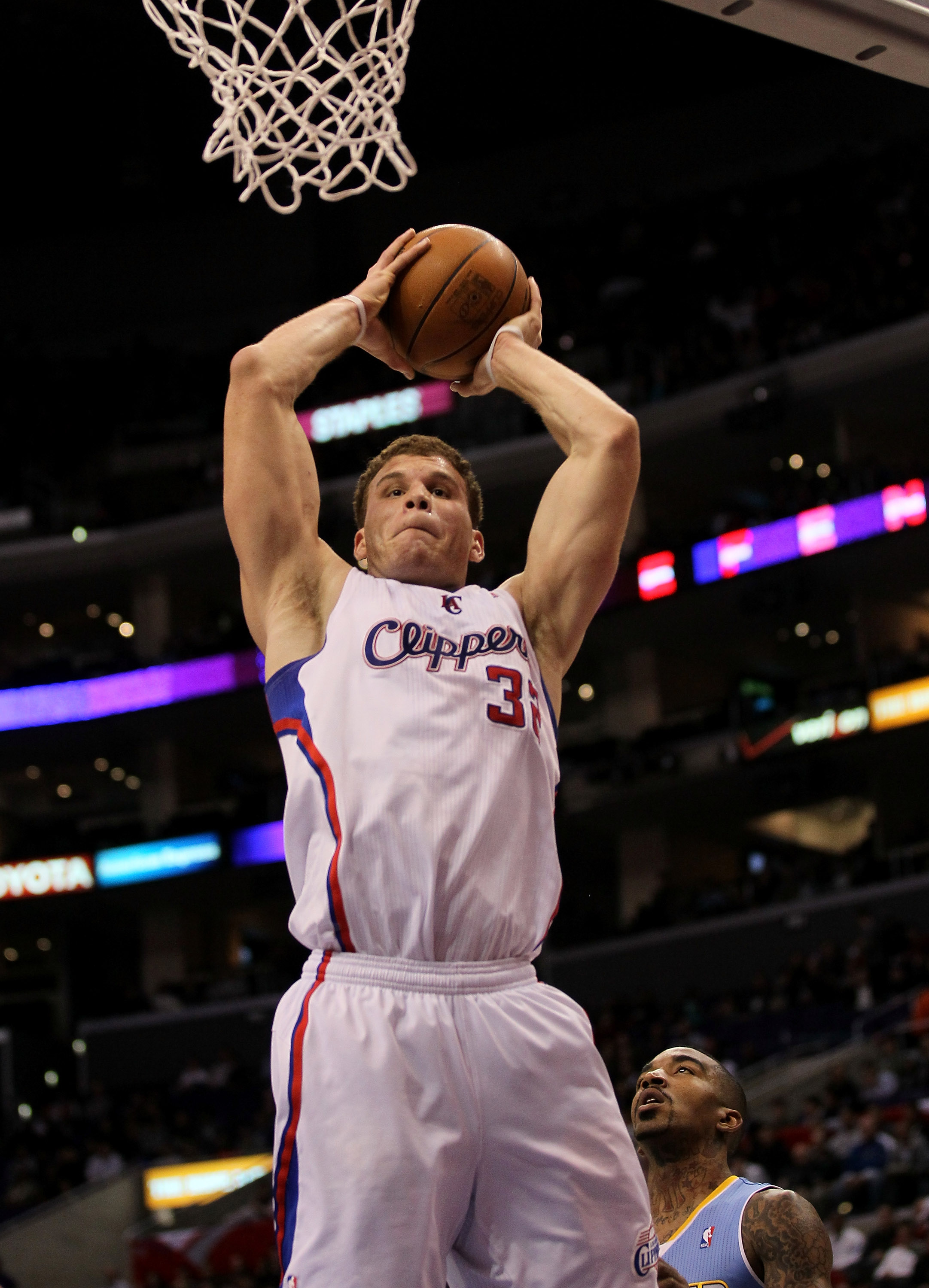 Nothing gets fans more excited than a thunderous dunk. The rim-rattling and glass-shattering dunks are the most exciting plays in the game.

The harder the better.

There are a ton of amazing dunkers in the NBA—but some of them throw it down with more force than others.

With apologies to some of the best dunkers of all-time (Vince Carter, Dr. J, Kobe Bryant) we are only looking for power dunkers.

Let's countdown the top 15 hardest dunkers in the history of the NBA.

Known as Clyde the Glide for his amazing leaping ability and smooth demeanor.

Drexler remains one of just two players (along with Dominique Wilkins) to participate in five dunk contests.

The University of Houston product first gained renown for his dunking skills playing alongside Olajuwon on the "Phi Slama Jama" teams that appeared in three straight Final Fours during the early 1980s.

When the dunk contest was really struggling, the high-flying Richardson infused new life into the seemingly dying event.

The 6'6" guard won the 2002 and 2003 competitions on a series of ridiculous jams, becoming the fourth player to win two titles.

He rocks the rim with the best of them. Check out this great mix with the sounds of The Beatnuts in the background.

Kemp entered the NBA in 1990 as the league's youngest player and quickly won over Seattle fans with his exciting style of play and violent dunks.

The Reign Man famously battled weight problems during the latter stages of his 14-year career, but few stars burned brighter during their prime.

He rocked the rim with the best of them in his prime.

The 7'0" center may have failed in his attempt to bring a world championship to New York. But he brought the city that never sleeps a lot of memories with his ferocious dunks.

Check out this rim-rattler over his arch-rival Alonzo Mourning.

Now he's teaching Dwight Howard a few of his moves as an assistant coach for the Orlando Magic.

Thompson made the alley-oop popular during his legendary college career at North Carolina State. To this day, the swingman often gets credited with the invention of the oop.

Nicknamed Skywalker thanks to his alleged 48-inch vertical leap, this six-second video is all the proof you need.

Barkley is one big dude. When he was above the rim, you'd better look out.

He has broken backboards on numerous occasions. The "Round, Mound of Rebound" was one of the best power dunkers of all-time.

Check out this thunderous dunk that shook the entire basket.

He was never very fancy with his dunks, but he sure did throw it down with authority. 'Zo punished the rim with his forceful dunks.

This video is a great example and as an added bonus, it was over a young Kevin Garnett. 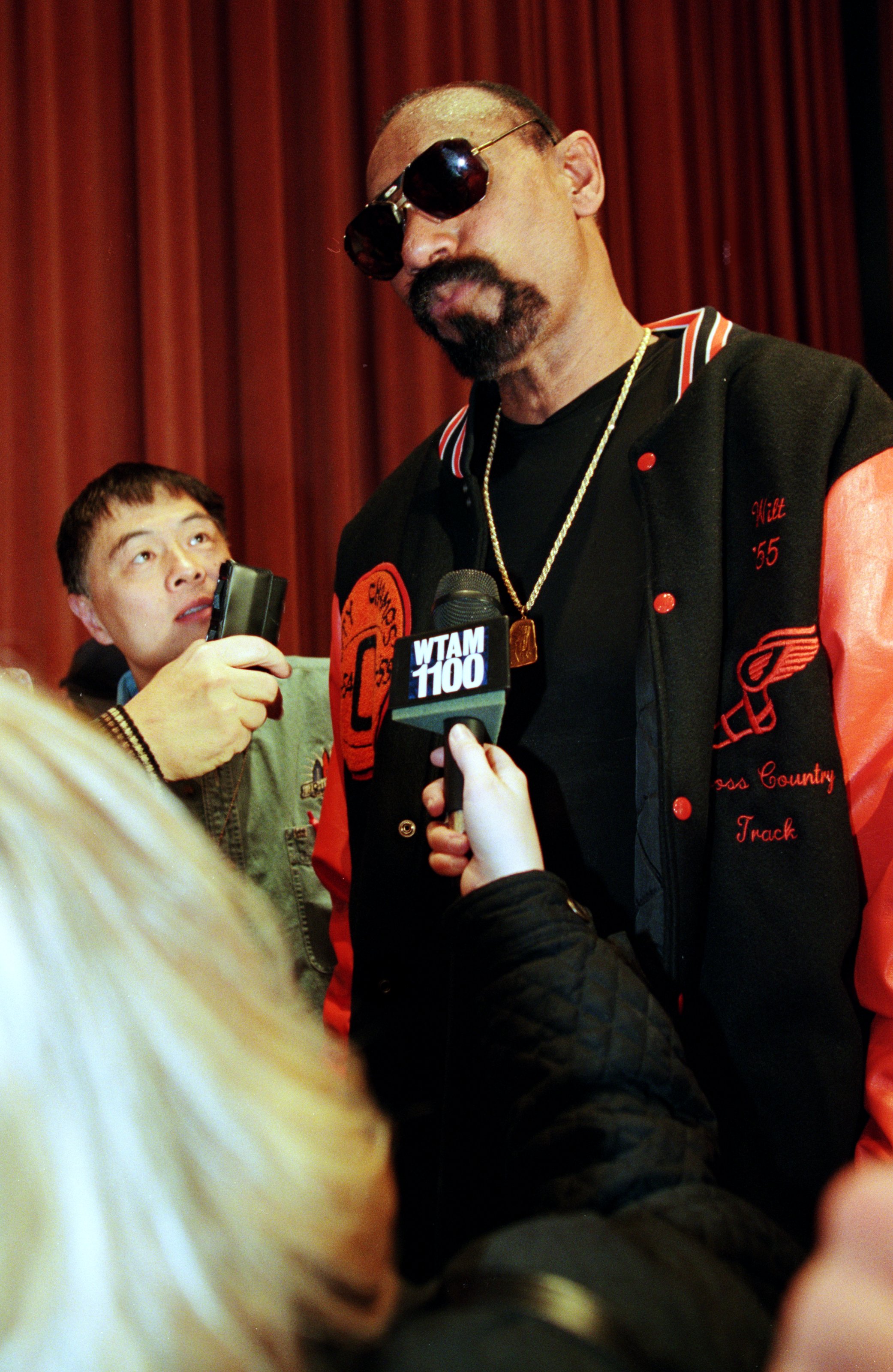 Wilt "The Stilt" was one of the most dominant players in the history of basketball. He was one of the few players that was dunking the ball in the '50s and '60s.

The rim is not his friend. 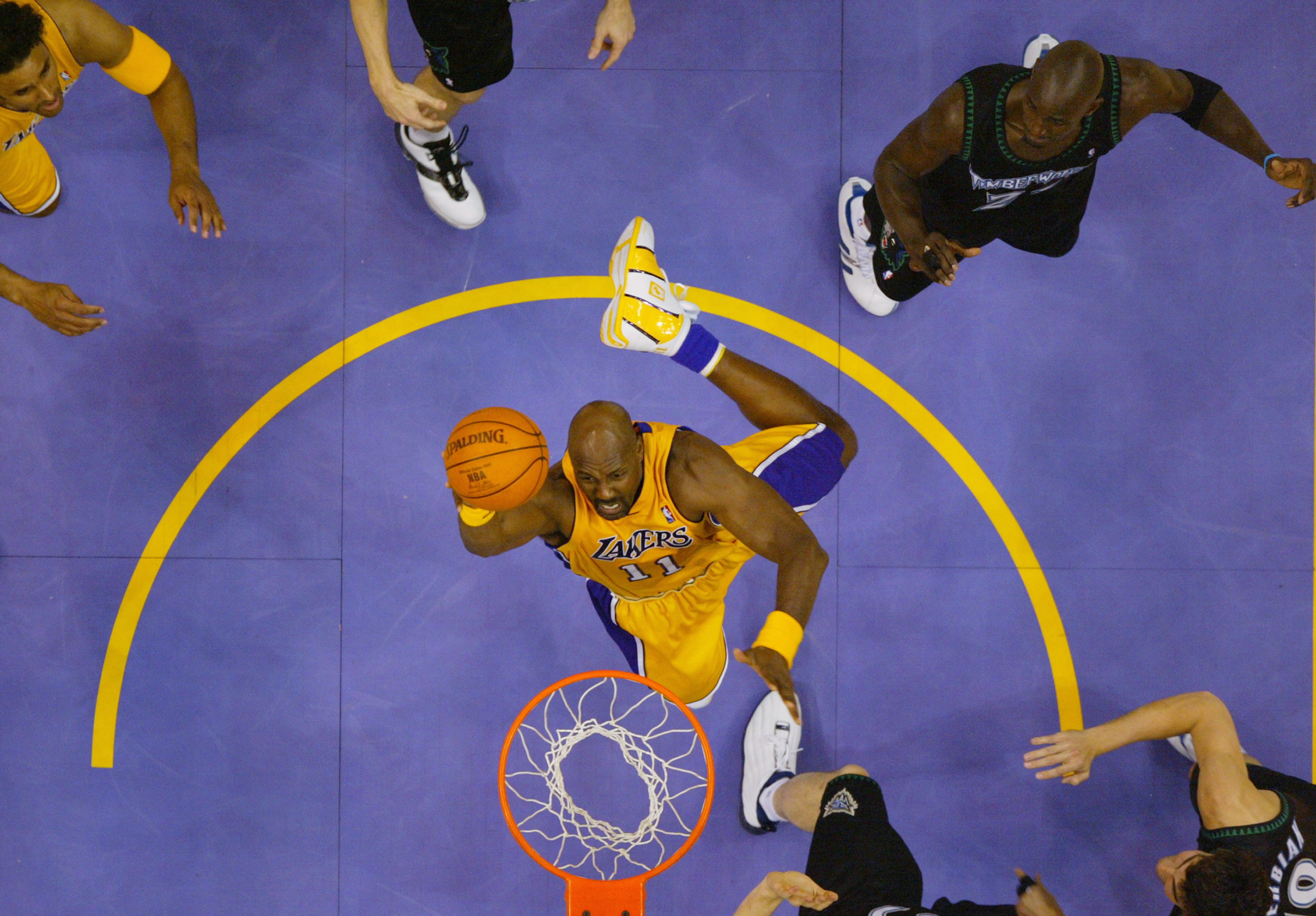 The "Mailman" was one of the strongest players in NBA history and it sure did show in his dunks. He is the second leading scorer of all-time and it's safe to say that a ton of those points came from dunks.

Malone didn't have any fancy or creative dunks. It was all about power and brute force.

He was a power dunking maniac in his prime.

One of the game's most colorful personalities, Chocolate Thunder earned notoriety and respect for his glass-shattering dunks.

The big man famously gave his dunks names like the Go-Rilla, the In-Your-Face Disgrace, the Yo-Mama and the Spine-Chiller Supreme.

The NBA had to redesign their baskets because he shattered so many backboards.

Here is a video with some glass shattering dunks.

Jordan soaring toward the rim, tongue extended, is one of the most memorable images in all of sports.

His Airness set a standard for jamming that may never be surpassed, inspiring generations of younger players with his boundless creativity and competitive spirit.

He earned a perfect score of 50 seven times during his three dunk contest appearances—a record that stands to this day.

My personal favorite is No. 5.

Aesthetic critics might take objection to Shaq's inclusion among the greatest dunkers ever, as his boring, matter-of-fact dunks won't score too many points for creativity.

But few dunkers rival the raw power and force of an O'Neal dunk during his prime. Just ask the two backboard support units Shaq ruined on national TV during his rookie season.

Here is one of them.

Orlando's big man has passed Shaq as the NBA's most frequent dunker.

His Superman dunk in the dunk contest and earned a rare perfect score and while landing the first victory for a center in the competition's 24-year history.

He has a very impressive top 10. My favorite is No. 2 as he dunks over Tim Duncan for a game-winning dunk off the inbound pass.

"The Human Highlight Film" wowed the crowds with his trademark windmill dunk and an off-the-glass, one-handed tomahawk.

I couldn't even narrow down my favorite one. Sit back and enjoy the forcefulness of one of the hardest dunkers ever.

He may only have two-and-a-half months of NBA experience under his belt, but the legend of Blake Griffin is growing by the day.

His powerful dunks are showing up on SportsCenter's top 10 on a nightly basis. He throws it down like he is angry at the rim.

Check out this breath-taking video of Griffin's top 10 dunks in his brand new NBA career.

"The King" has been dunking with force ever since his first possession in the NBA. He has a knack for blowing through traffic on a fast break and rocking the rim with fiery passion.

His combination of insanely strong arms and incredible hops equals the best power dunker of all time. If he played in the 1970s, I'm sure LeBron would have broken about 20 backboards.

He may be the NBA's biggest villain in 2011, but he is the most powerful dunker of all-time.

Notice who he dunks over in No. 2, too bad this player got the last laugh (allegedly).