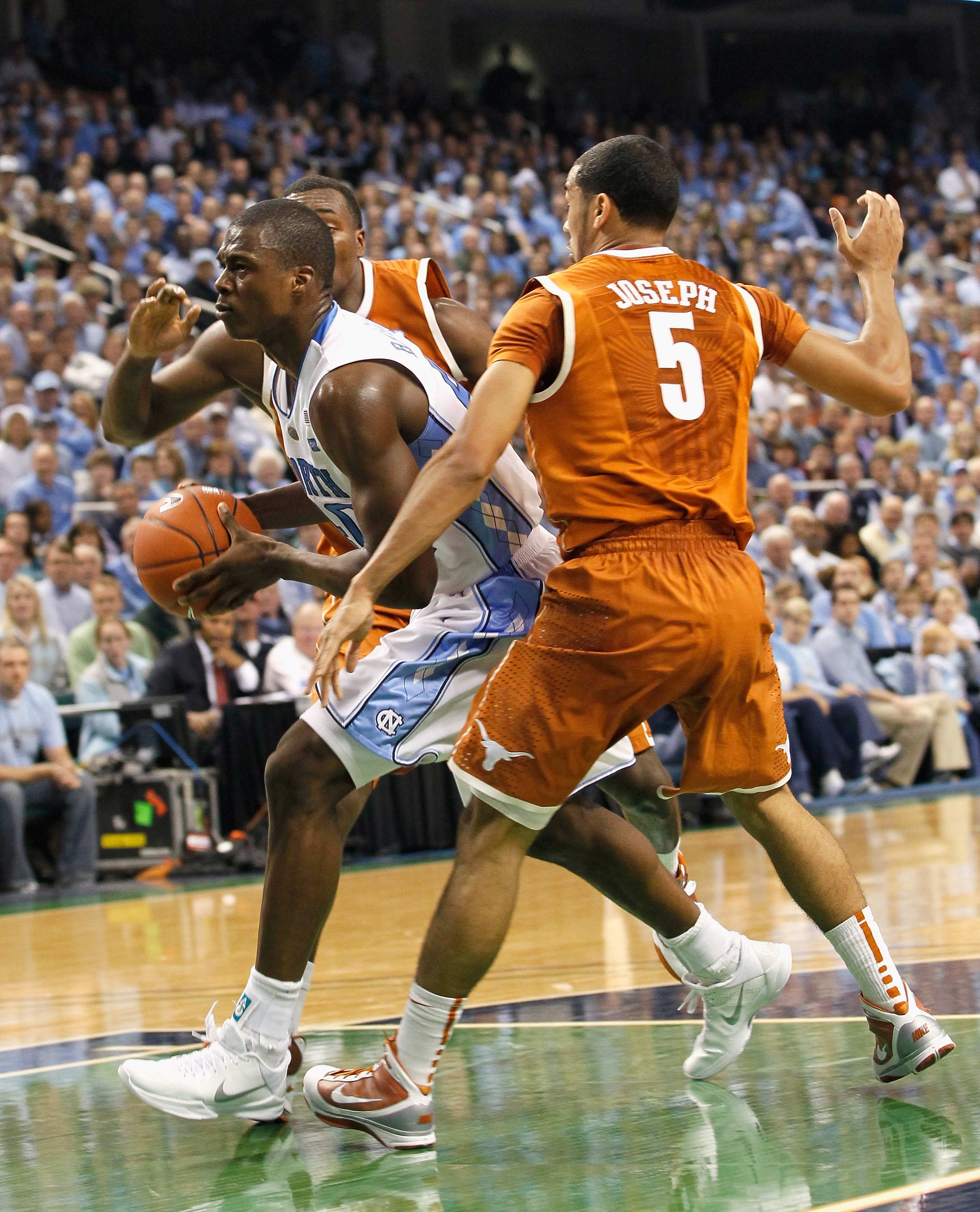 With the college basketball season in full tilt, we've seen teams like Duke, Ohio State and Pittsburgh stepping up to the challenge, while others are falling by the wayside.

At the same time, many of the collegiate athletes that we watch on a nightly basis are prepping themselves for life at the next level.

In watching the 2010-2011 NBA season unfold, we've seen the expected front runners thriving, while cellar dwellers are preparing for their off-season rebuilding plans.

A big part of those plans will hinge on the best that the NCAA has to offer. Underclassmen and upperclassmen alike are honing in on their skills as the NBA draft looms just a few months away.

It's never too early to take a look at where some of the best young athletes in the world will call home a year from now, so we'll take a look at some big men expected to make a big splash at the professional level. 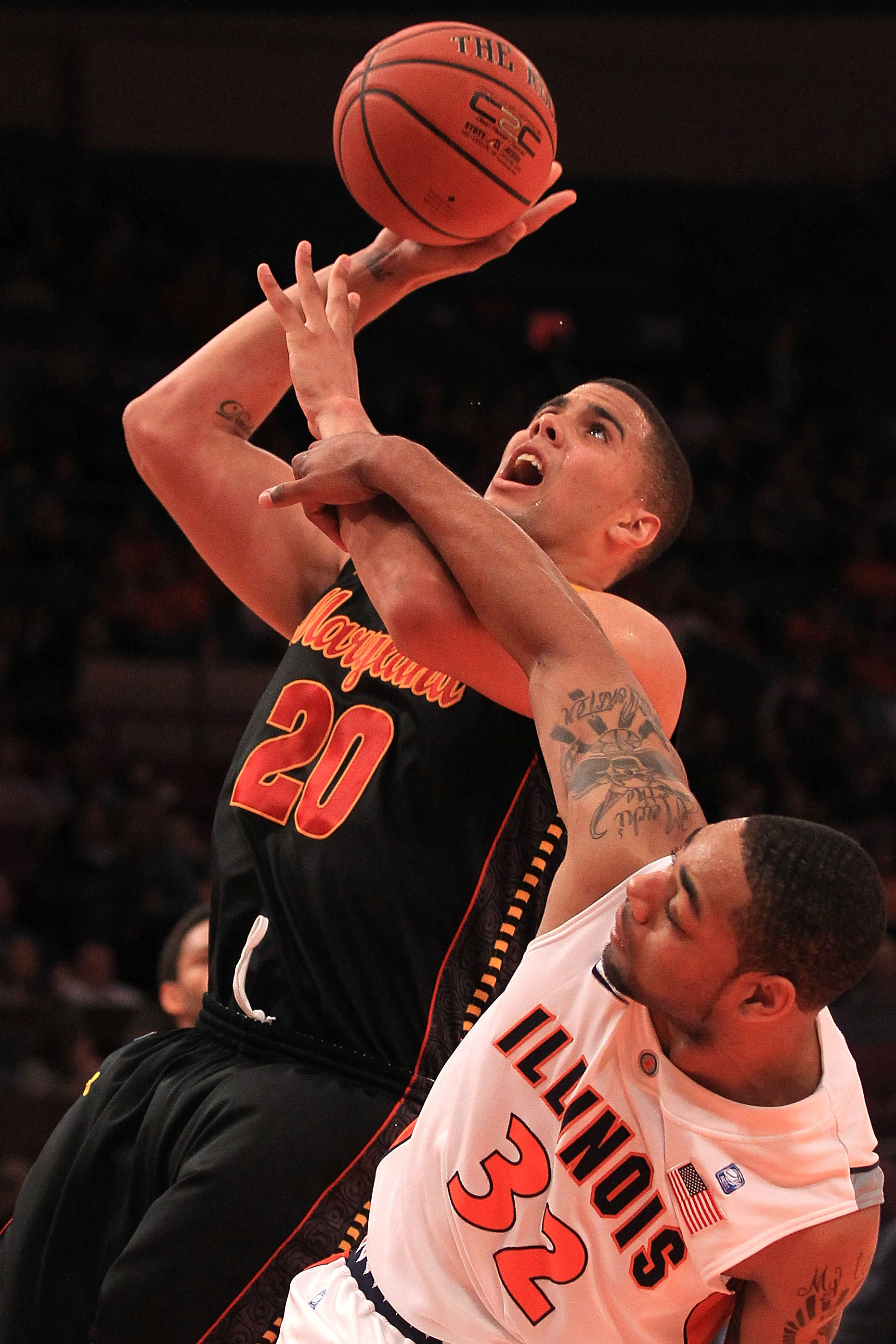 By Maryland standards, the Terrapins are having a down year in the ACC. The team has endured its share of success throughout their history and has had dominating big men such as Len Bias and Lonnie Baxter call Maryland home.

While it's unlikely that he'll be there long enough to amass the numbers that some Terps have in the past, 6'10'' sophomore Jordan Williams has the talent to make his name known at the next level.

Williams shoots 56 percent from the field and leads the Terrapins in points (17.6) while pulling down 12.1 boards per game.

His aggressiveness in the paint, combined with his shooting ability have given draft experts the confidence to label him as an early to mid first round pick in the 2011 NBA Draft. 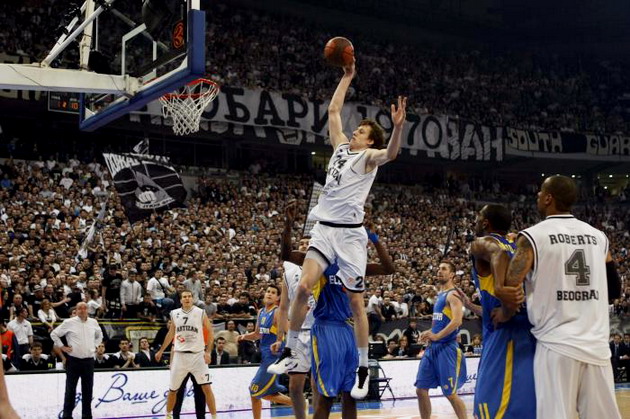 If he's able to find the right system to play in, 20 year old Jan Vesely may find himself succeeding at the next level.

At 6’11", Vesely is capable of effectively shooting the ball from the perimeter when needed, but is still able to play in the low post.

While it may not come into play at the NBA level, he is more than capable of pushing the ball up the court in transition.

More than anything, Vesely's agility is an attribute of the versatility that he'll bring to whichever team takes a chance on him.

While it's unlikely that he'll end up as a lottery pick this summer, a solid performance from Vesely during the remainder of his conditioning overseas will ensure that his selection late in the first round. 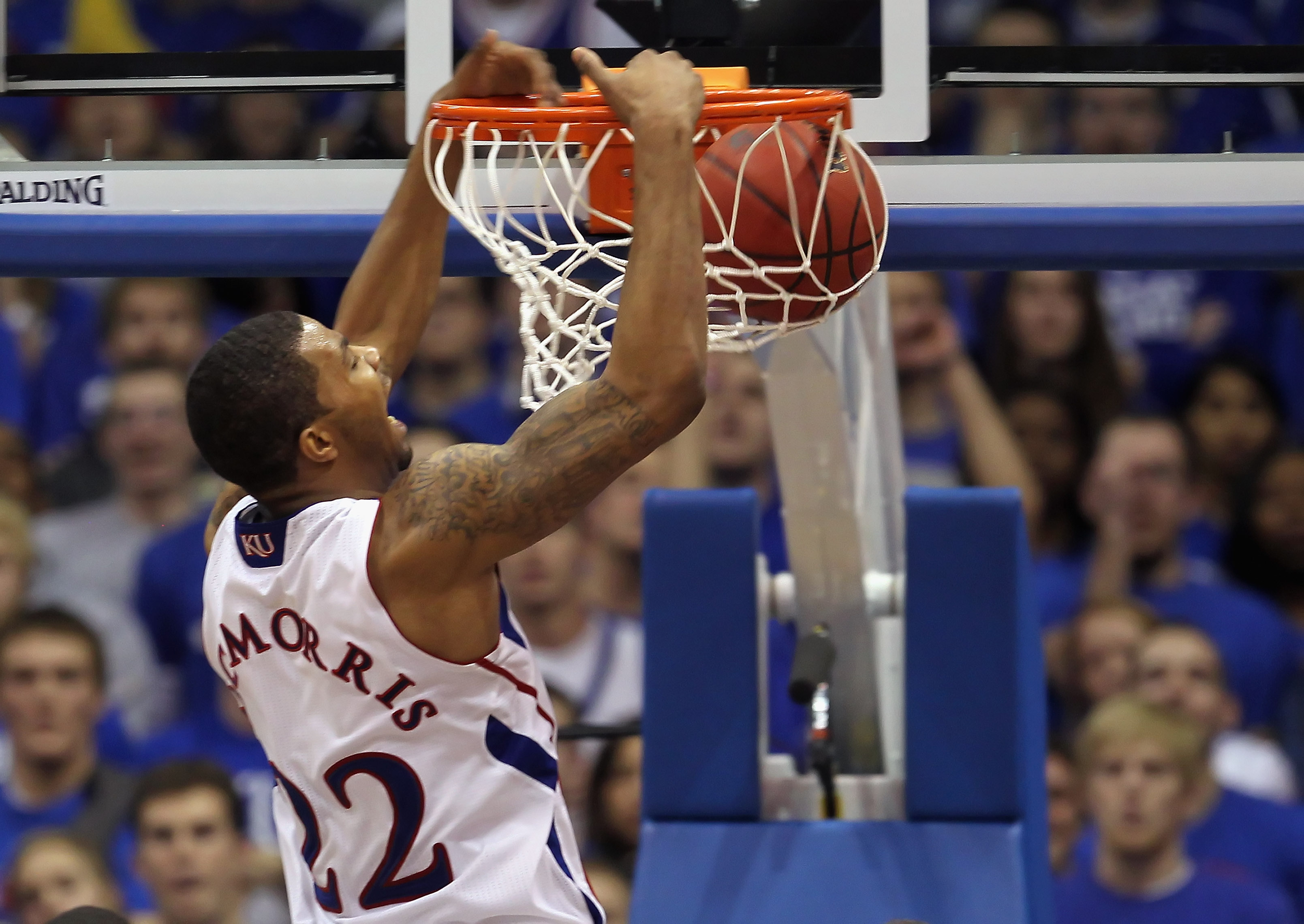 The Kansas Jayhawks are typically a favorite whenever March Madness rolls around, and this season appears to be no different.

The Jayhawks are currently 18-1 and ranked sixth in the country. Perched near the top of the Big 12 conference, the team seems poised to make a run in the NCAA Tournament this spring.

Their successes are in no small part thanks to the efforts of forward Marcus Morris. The 6'9'' junior has been a solid contributor for the Jayhawks all season long, averaging 17 points and seven rebounds per game.

With a thick 235 pound build, Morris is a strong defender and will make an immediate impact in the NBA when he's drafted mid to late first round. 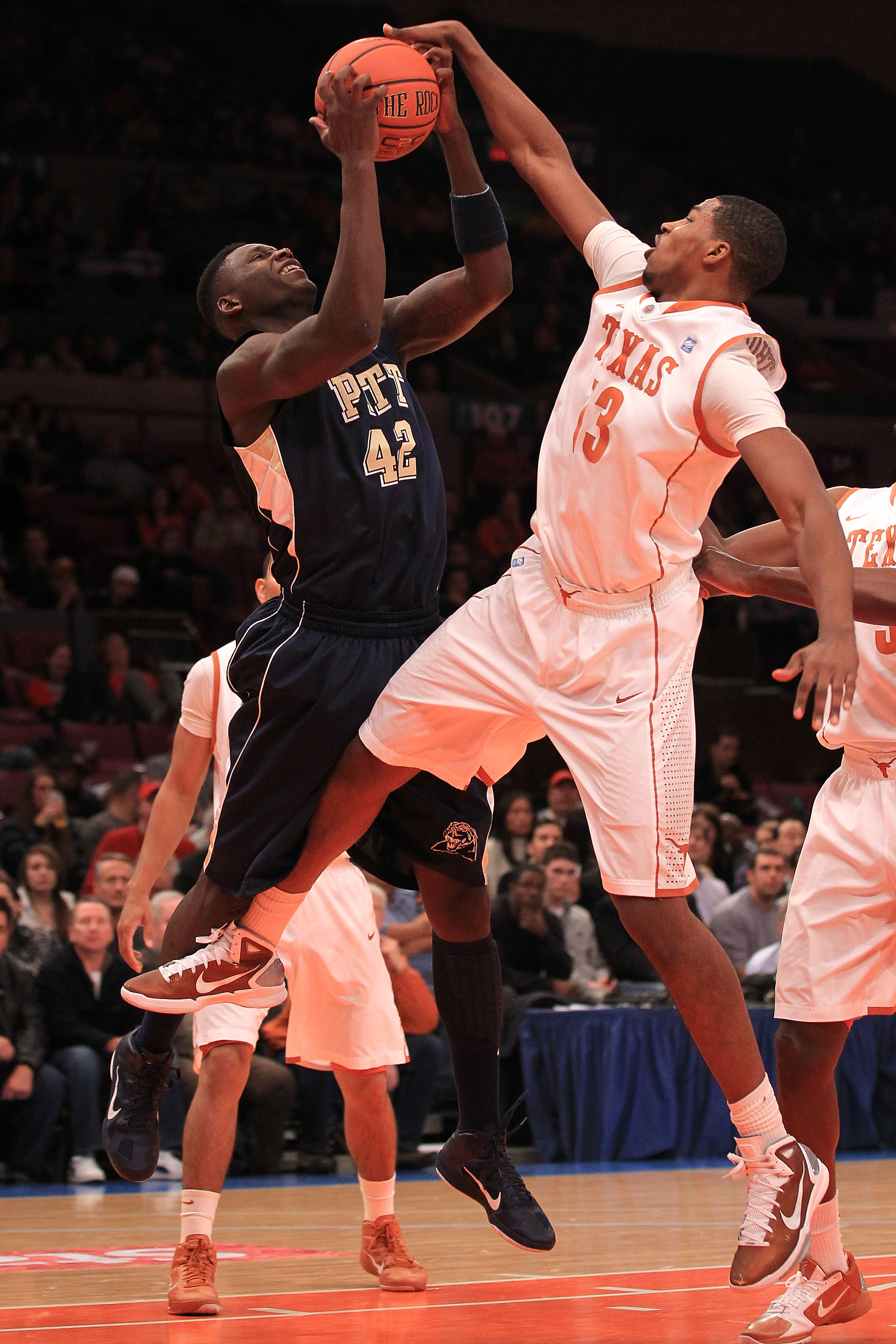 In a strong Big 12 conference, the top spot is currently held by the somewhat surprising Texas Longhorns.

The team is currently ranked eighth in the country and is 5-0 in conference play.

Their success is partially due to the emergence of freshman Tristan Thompson.

With a lanky 6'9'' frame, Thompson anchors the Longhorns in the paint, averaging 7.6 boards per game.

His 53 percent field goal percentage and 13.1 points per game are an attribute to his ability to open space down low and convert offensive rebounds to points.

If the freshman leaves Texas after just one season, he can expect to find himself a mid to late first round pick in the NBA draft. 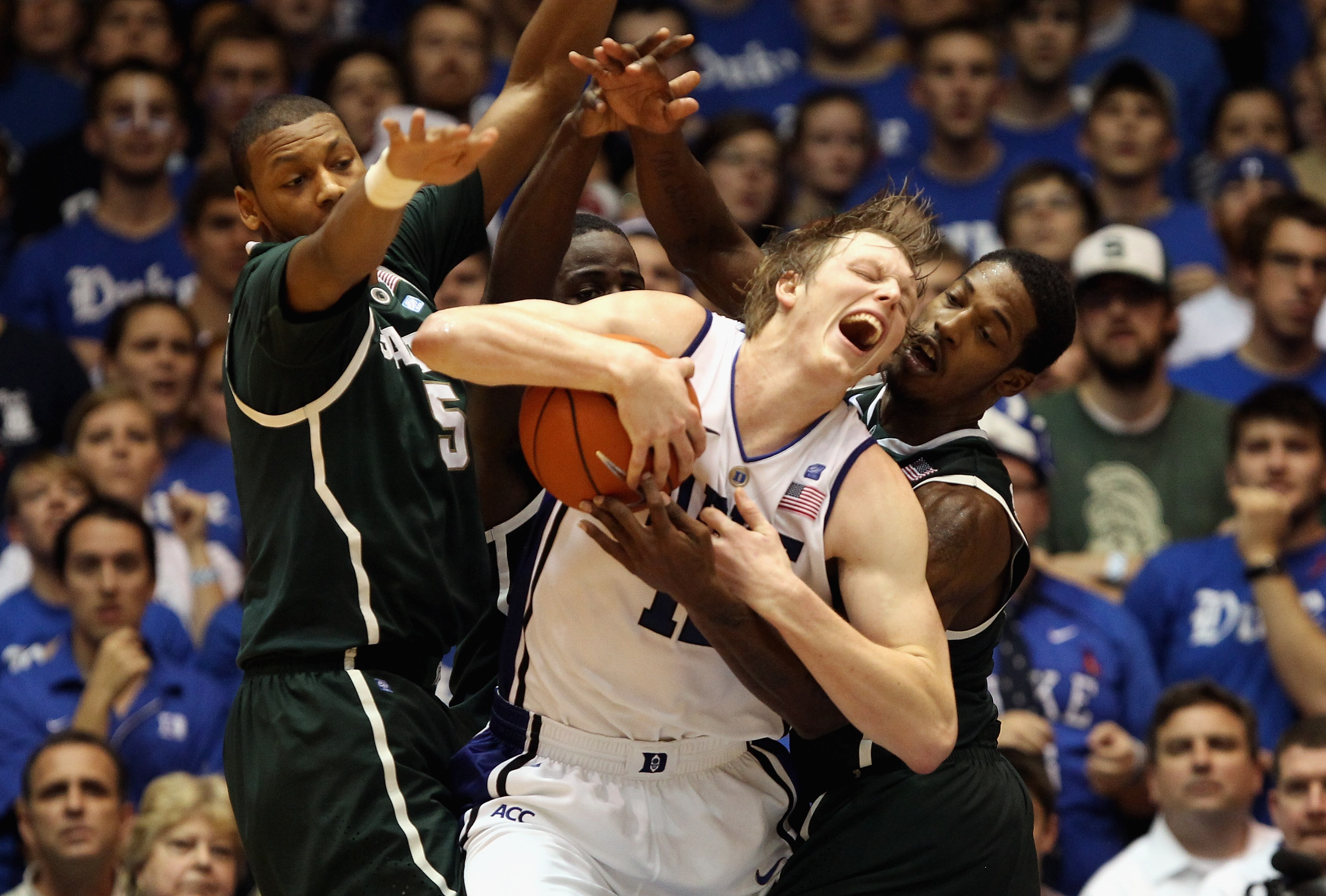 Under the tutelage of Mike Krzyzewski, senior Kyle Singler has developed into the type of player that will be remembered in Durham for years to come.

Averaging 18.1 points and 6.3 rebounds per game, the 6'9'' 230 pound senior has great court presence and is helping the Blue Devils towards another ACC crown.

The court presence that Singler possesses will be an asset for whichever NBA team selects him.

Most draft boards have the senior as a late lottery pick in this spring's draft. 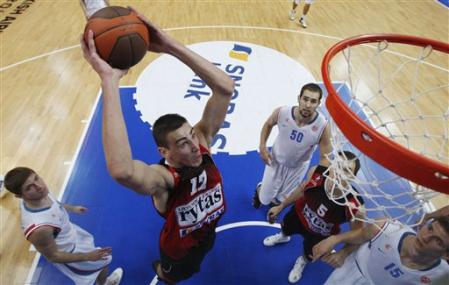 Continuing the youth movement, 18 year old Jonas Valanciunas is expected to make a splash in the 2011 NBA draft.

The 6'11" 244 pound center is a great offensive rebounder and has the agility to work his way around the paint on the offensive end.

His effectiveness on the defensive boards is magnified as he shows off his ability to use his court vision in finding open men in transition.

Valanciunas is expected to be a late lottery pick in the 2011 NBA Draft, likely ending up somewhere around the 12th overall pick. 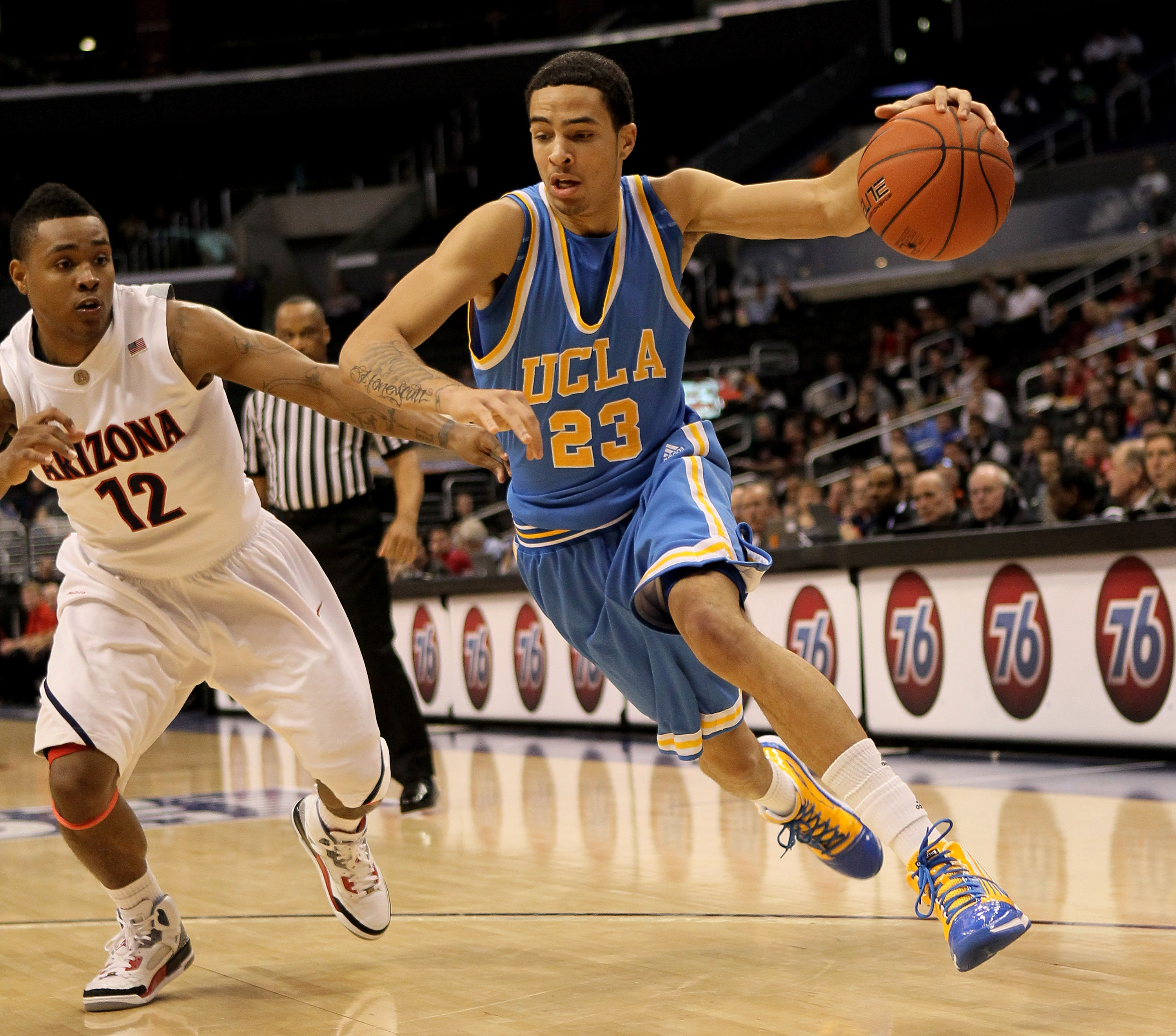 UCLA sophomore Tyler Honeycutt has played a big part in the successes of his team this season.

Averaging 17.7 points and just under eight rebounds per game, he has led the Bruins to a 13-6 overall record and a 5-2 mark in the Pac-10 conference.

He stands tall at 6'8'' but lacks physical stature, weighing under 200 pounds. Still, Honeycutt uses his tenacity to his advantage in the paint as he averages just shy of two blocks per game.

Honeycutt's versatility may be the biggest asset for NBA teams. He is able to pull back from the paint and find an open shot when he needs to, and shoots nearly 40 percent from three point range.

Early mock drafts project Honeycutt to end up around the tenth overall pick in this summer's NBA draft. 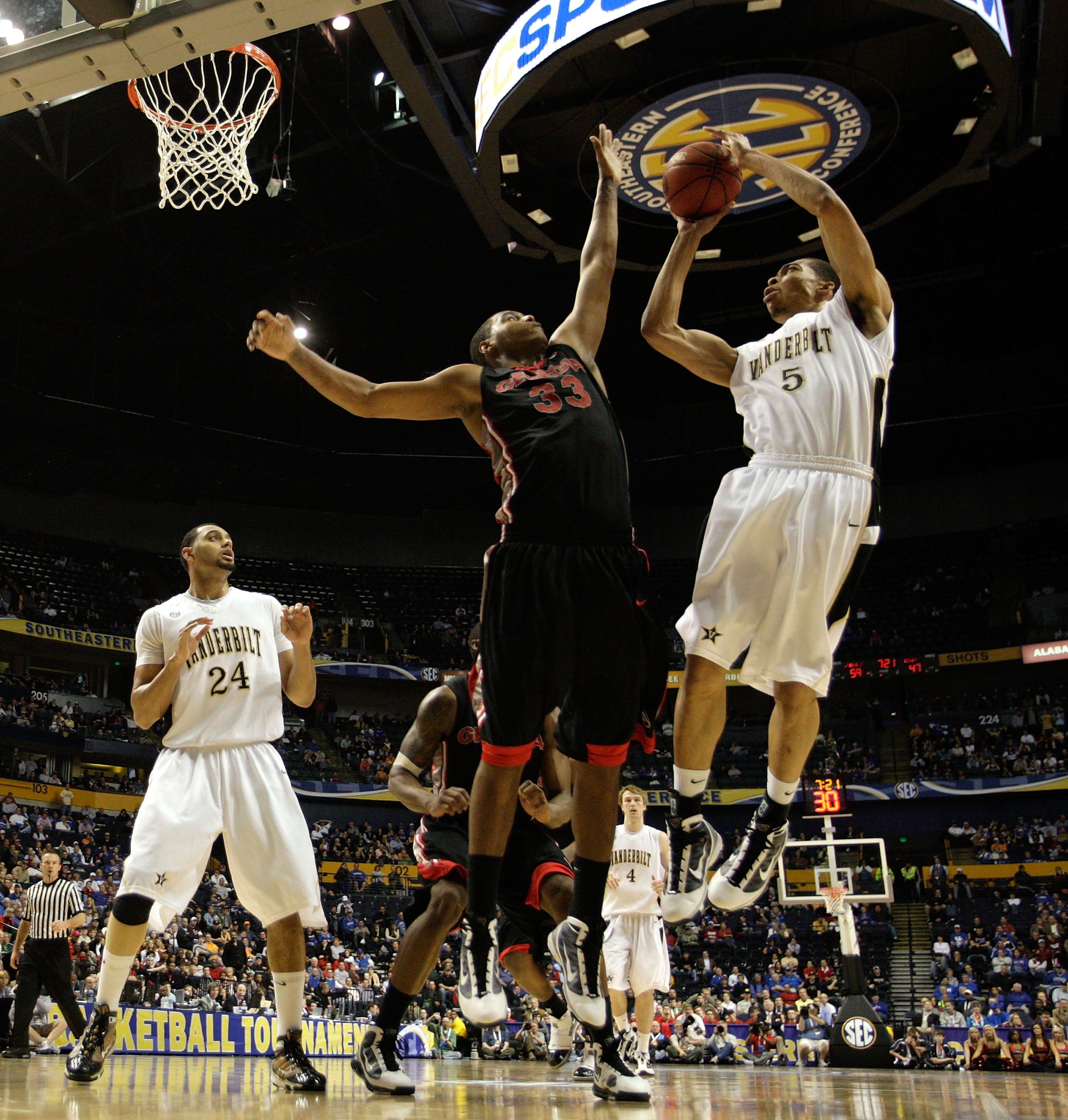 One of the surprises so far in SEC play, the Georgia Bulldogs, have notched impressive wins over Kentucky and Ole Miss, but still find themselves fourth in the Eastern division of the conference.

It's safe to say the Bulldogs wouldn't have had near the success without Trey Thompkins.

A bruiser in the paint, Thompkins weighs in at 247 pounds and does his share of grunt work.

Assuming the junior declares, he'll likely be a late lottery pick when draft time rolls around. 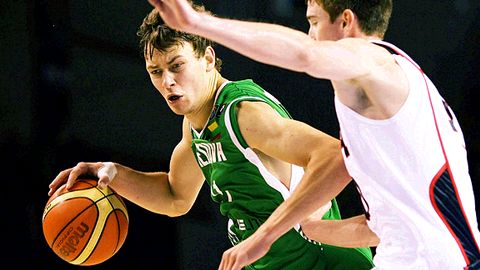 Don't be surprised if F/C Donatas Motiejunas is the first international league player taken in this summer's NBA draft. His current stock places him as a top 10 pick.

The seven footer has a lot of potential due to his size, agility and offensive development. While possessing excellent versatility, he still shows the toughness to play inside with contact.

The 20 year old has the potential to be a great inside force in the NBA someday, but will need to make improvements in order to do so. Motiejunas is very thin for his size, and could find himself getting bullied around if he's unable to bulk up. 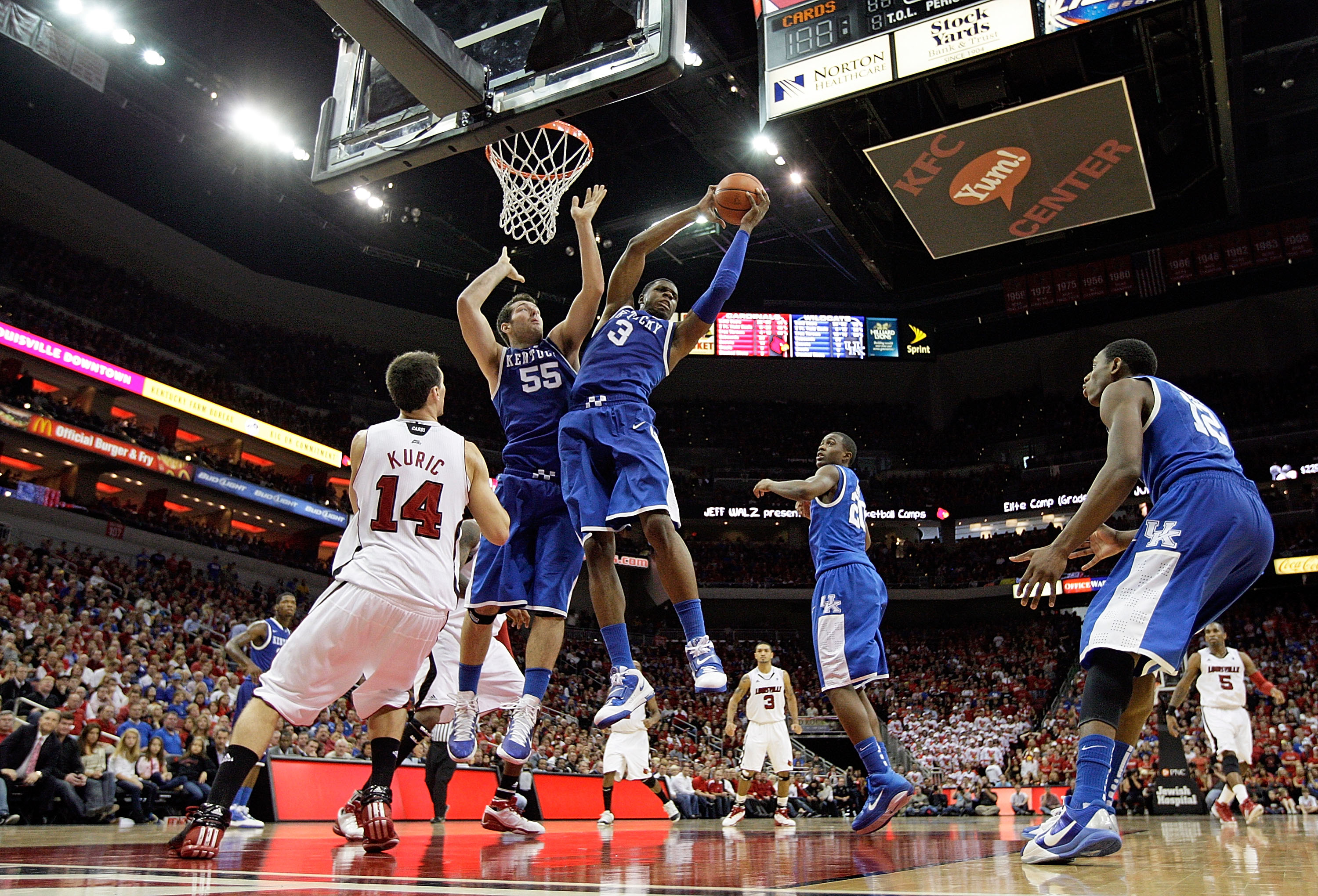 When word got out that Enes Kanter would not be making a home in the paint for the Kentucky Wildcats, head coach John Calipari hoped that someone would step up to take his place.

Calipari found his answer in 6'9'' freshman Terrence Jones. Averaging just under 19 points per game, the team relies especially on his rebounding ability.

Jones averages nine boards per game and is also good for a couple of blocks and steals each night.

It's likely that the freshman will follow the lead of many past Wildcats and declare for the draft after just one season with the team. If he does, Jones will almost assuredly be a top 10 pick. 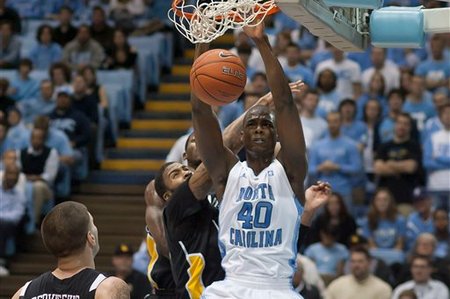 Harrison Barnes came to the University of North Carolina with about as much hype as anybody that has ever come through.

A top high school talent last year, many considered Barnes to be as NBA ready as anyone playing in the college ranks.

Averaging 11.8 points and 5.3 rebounds per game, Barnes hasn't lived up to the standards he set forth when he joined the Tar Heels. Still, Barnes has an unbelievable amount of talent, and a dominating physical presence.

At 6'8'' and 210 pounds, Barnes may not appear to have the makings of a big man in the NBA, but his solid build will fit in well at the forward position for some team that looks to draft him. Barnes is currently expected to be a top 10 pick in this summer's draft. 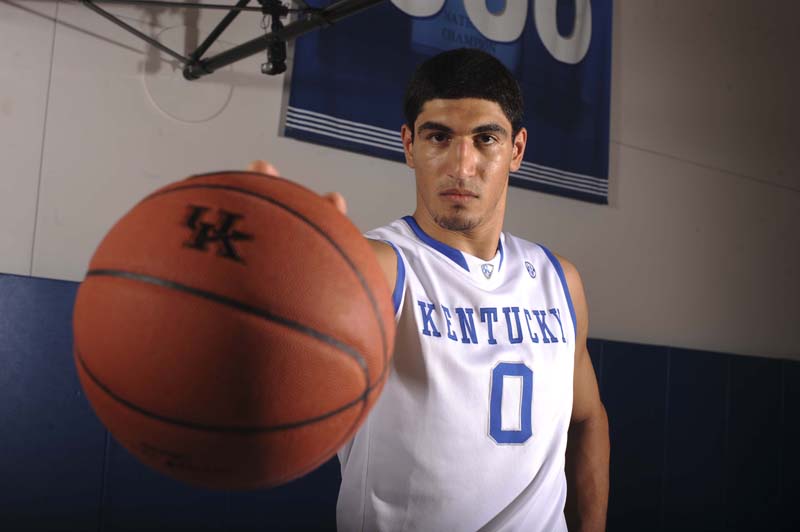 The Kentucky Wildcats are currently 14-3 overall and have as much talent as ever.

It only leaves us to wonder how the team would have fared if Enes Kanter was around to help.

The Switzerland native was sought after by many schools, but ultimately signed a letter of intent to play for Kentucky in April of 2010.

Standing tall at 6'11'', the 272 pounder is highly regarded by many NBA scouts and is projected to be one of the top players available upon his commitment to the next level.

*Kanter has been ruled permanently ineligible by the NCAA after receiving excessive compensation while playing overseas. 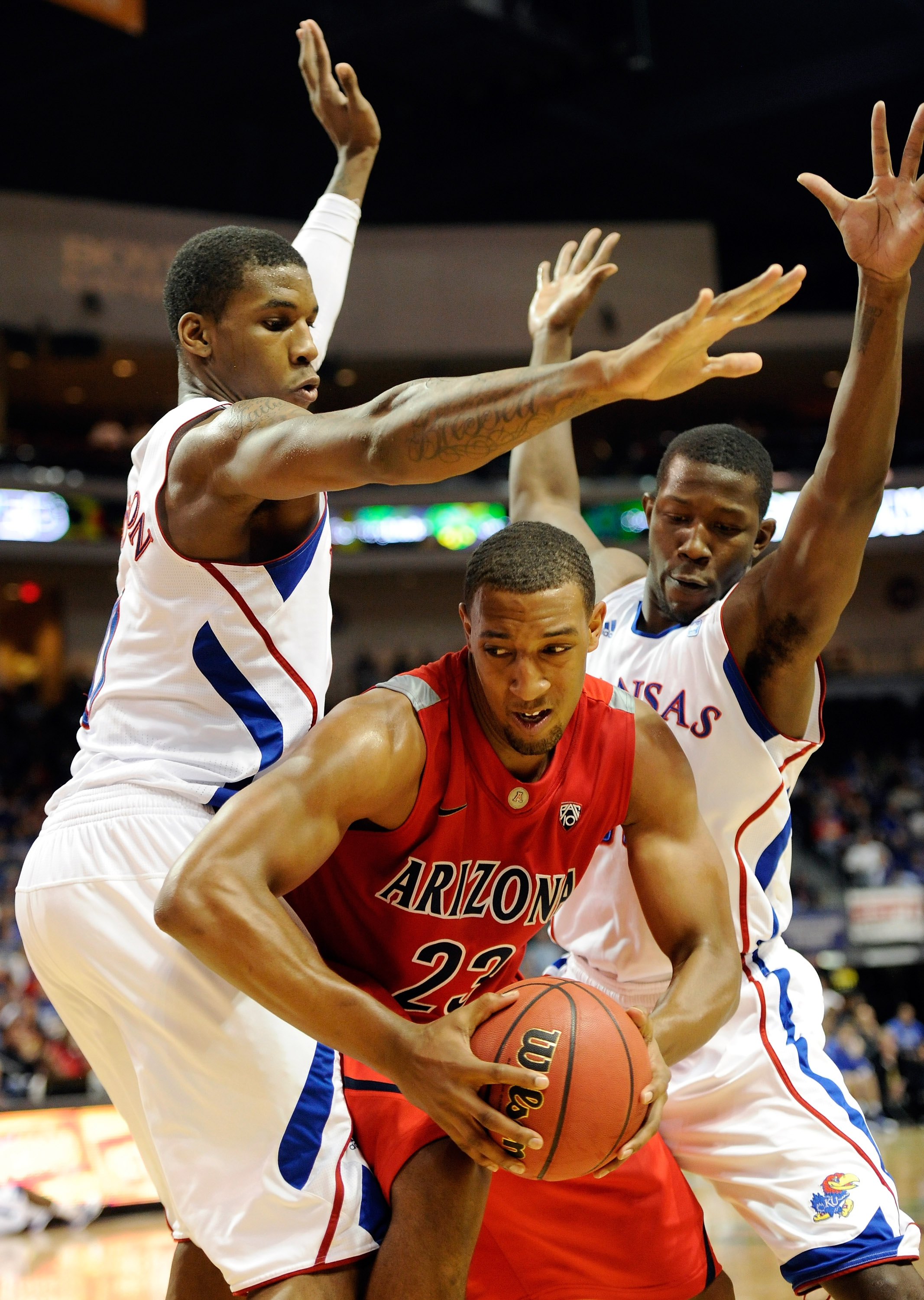 The Arizona Wildcats find themselves in a battle with the Washington Huskies and UCLA Bruins for the Pac-10 title this season.

For the Wildcats, success as a team hinges on the success of Derrick Williams. Among other impressive statistics, Williams' 63 percent field goal percentage has helped make his team one of the best shooting squads in the country.

The sophomore forward averages nearly 20 points and 8.1 rebounds per contest. If he decides to declare for the draft this spring, Williams will likely find himself as a top five pick. 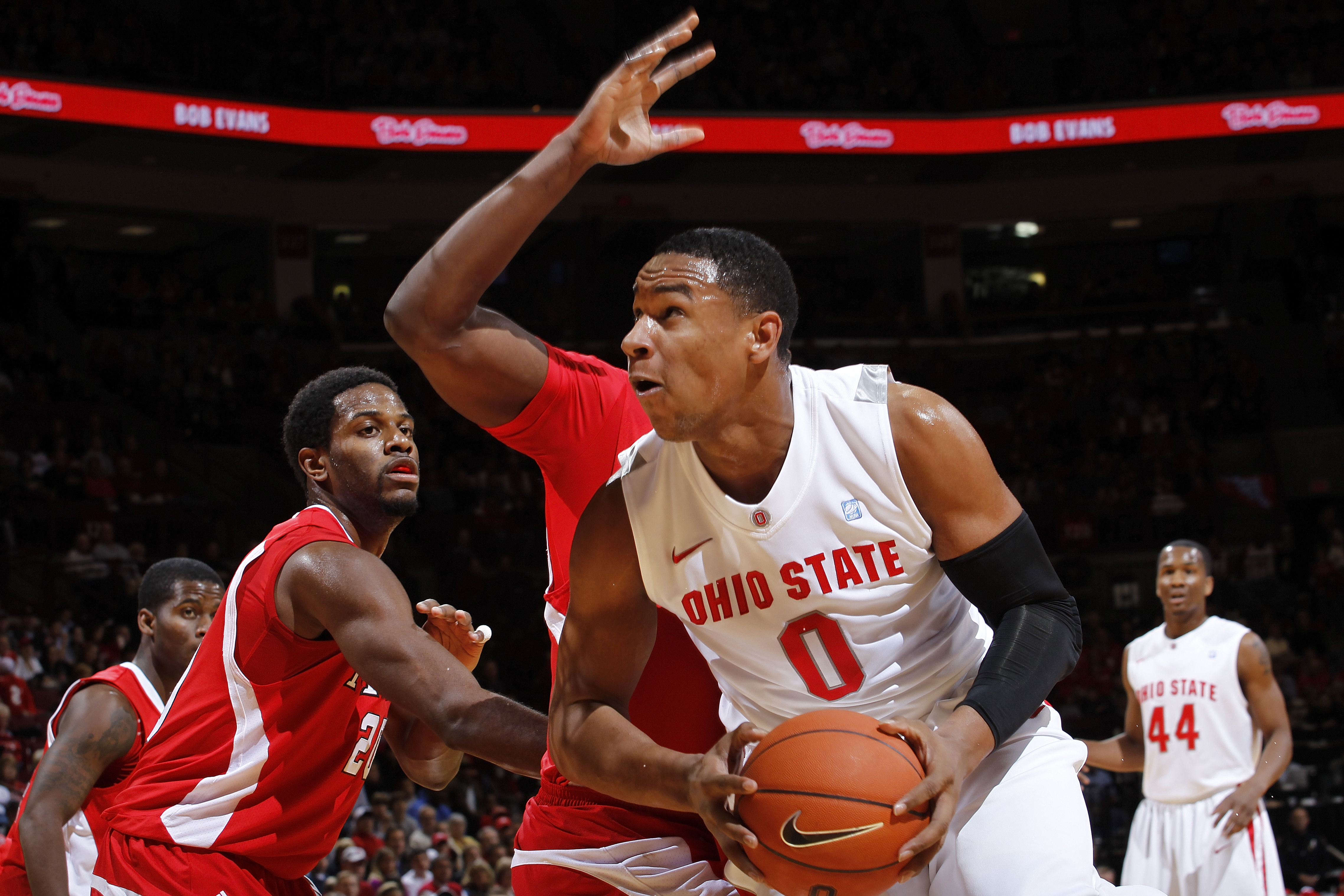 The Buckeyes are currently 21-0, including 8-0 in conference play. It's a safe bet that the team wouldn't be in the same position without the emergence of freshman Jared Sullinger.

the 6'9'' forward leads the Big Ten with an average of ten rebounds per game. Add to that his 17.8 points per game, and it's easy to see that Sullinger is the difference maker for the Buckeyes.

His draft stock rises with every rebound he pulls down, and many NBA analysts see Sullinger as a top five pick in the upcoming draft. 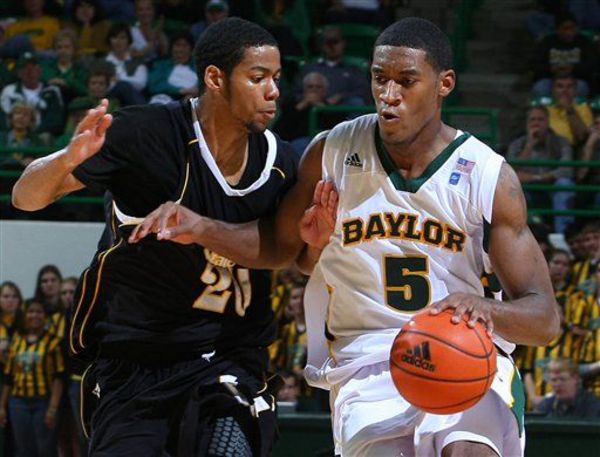 The Baylor Bears are currently in the midst of an up and down season and find themselves with a 12-5 record, good enough for fifth in the Big 12.

One would have to wonder where the team would be without the efforts of 6'11'' freshman Perry Jones.

The upstart freshman is averaging 14 points per game and pulls down over seven boards per game in the process.

If Jones has the NBA draft in his sights, he'll be among the most sought after prospects out there. Jones is a top three pick on almost every draft board published by scouts.