The Worst Of The Best: The Worst Players To Make a Pro Bowl Since 2000 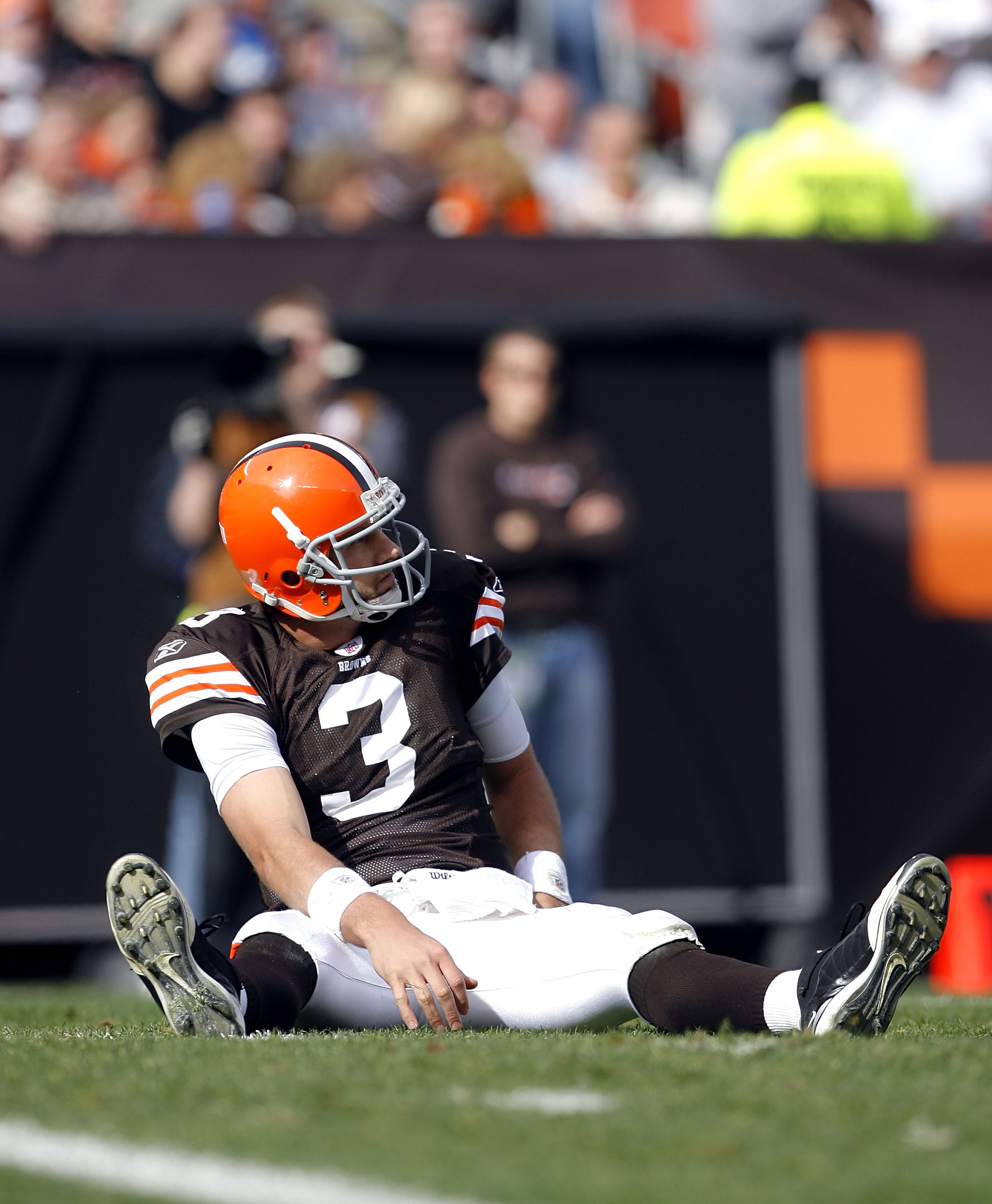 Over the last ten years, the NFL Pro Bowl has gone from one of the most prestigious awards in football, to one of the biggest jokes in sports. People drop out all the time because they are hurt or don't want to play, and now that players in the super bowl can't participate in the Pro Bowl, players seem to get in by default because no one else can or wants to play.

High profile players such as Tom Brady drop out of the Pro Bowl seemingly every year, paving the way for the mediocre to get there shot in this all star game.

Flash in the pan players also pop up for a year and make a Pro Bowl, but then never show up again and end up with a disappointing career.

However it happens, below average players always find there way to sneak into the ranks of the elite and destroy the reputation of the Pro Bowl.

These fifteen players have had the worst careers of anyone to go to a Pro Bowl since 2000, but even still, they have found their way to make their mark on history by finding a way into a game of stars showcasing their skills to the world. 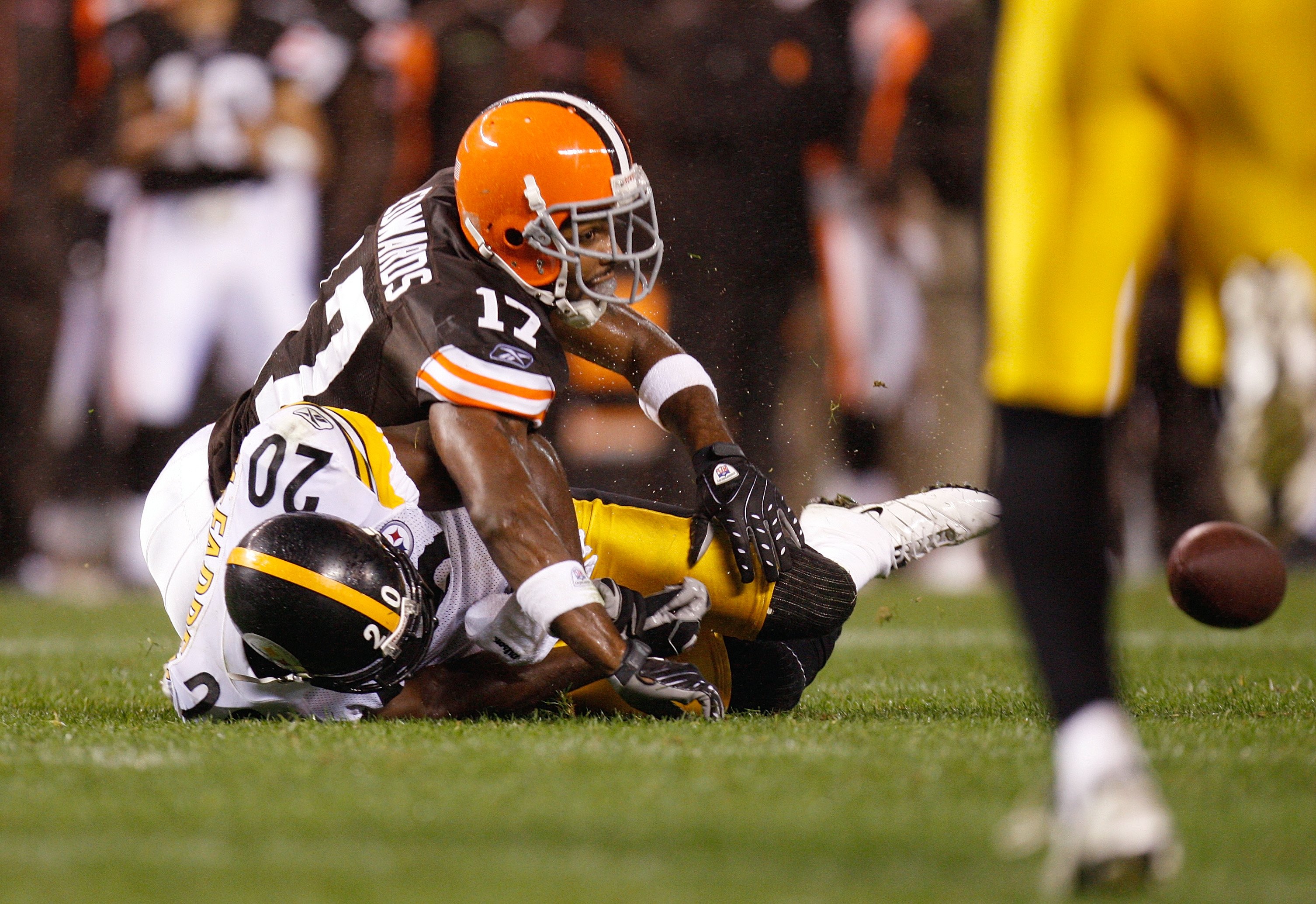 After a stellar 2007 campaign where Braylon was one of the league leaders in yards and touchdowns, people thought the talented receiver was in for an outstanding career.

However, Braylon failed every expectation set for him in 2008 by recording 400 fewer receiving yards and 13 fewer touchdowns then the year before.

People could say that was because of poor quarterback play from a mixed lot of Browns QBs, but Braylon is consistently a league leader in dropped passes and when he was traded to New York, his numbers weren't much better than they were in Cleveland. 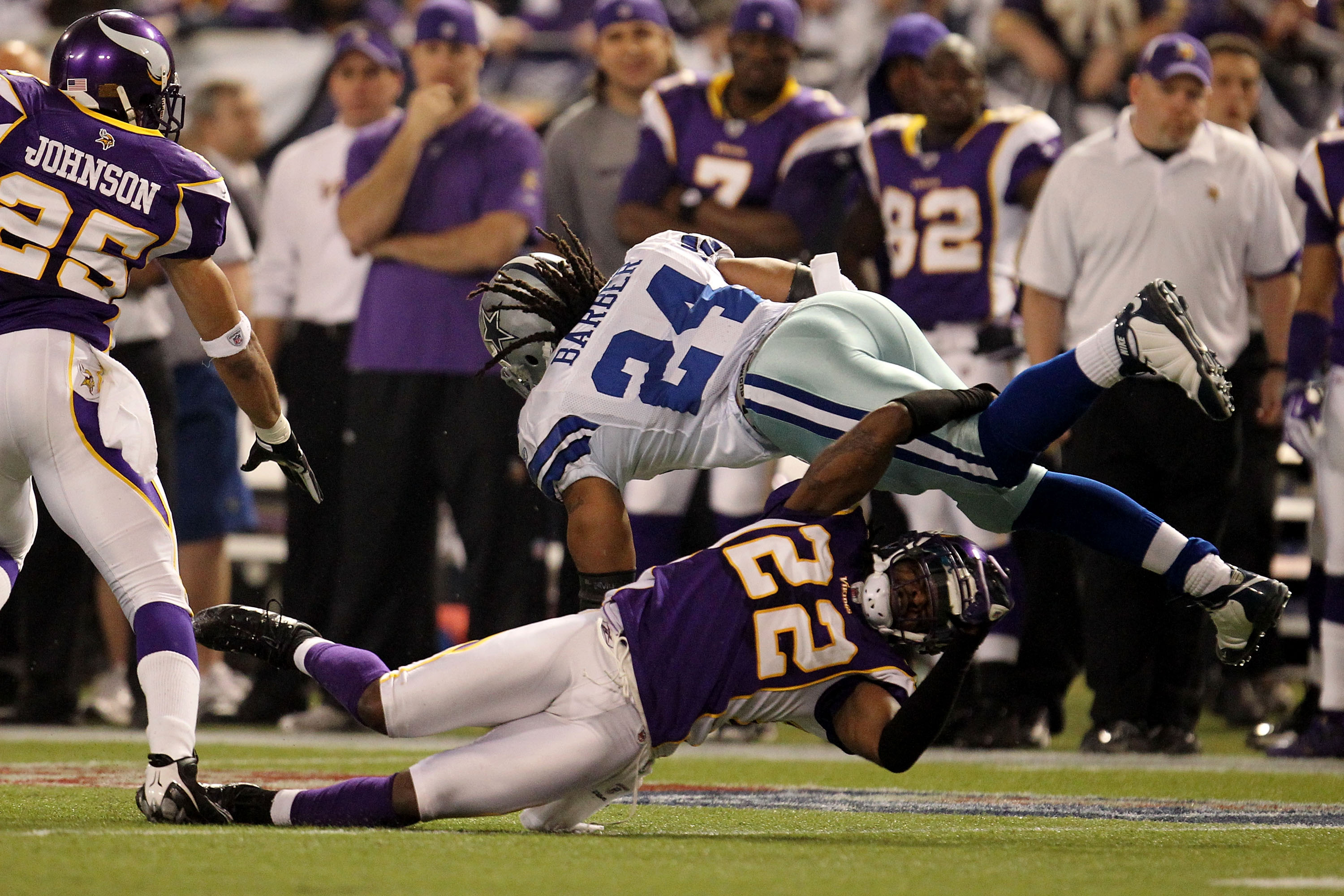 During the 2006 and 2007 campaigns, Barber was a truck, averaging 4.8 yards per carry and scoring 28 total touchdowns. Barber's career came to a sudden halt after that, however, and he has now lost his starting job and possibly a roster spot on the Cowboys next season.

It is difficult to sustain a power running style like Barber's for a long career, and that has shown for Marion, who has struggled mightily over the last three years.

While the Barbarian had a few quality years, his overall career is not good enough for him to be considered a true Pro Bowl-caliber player. 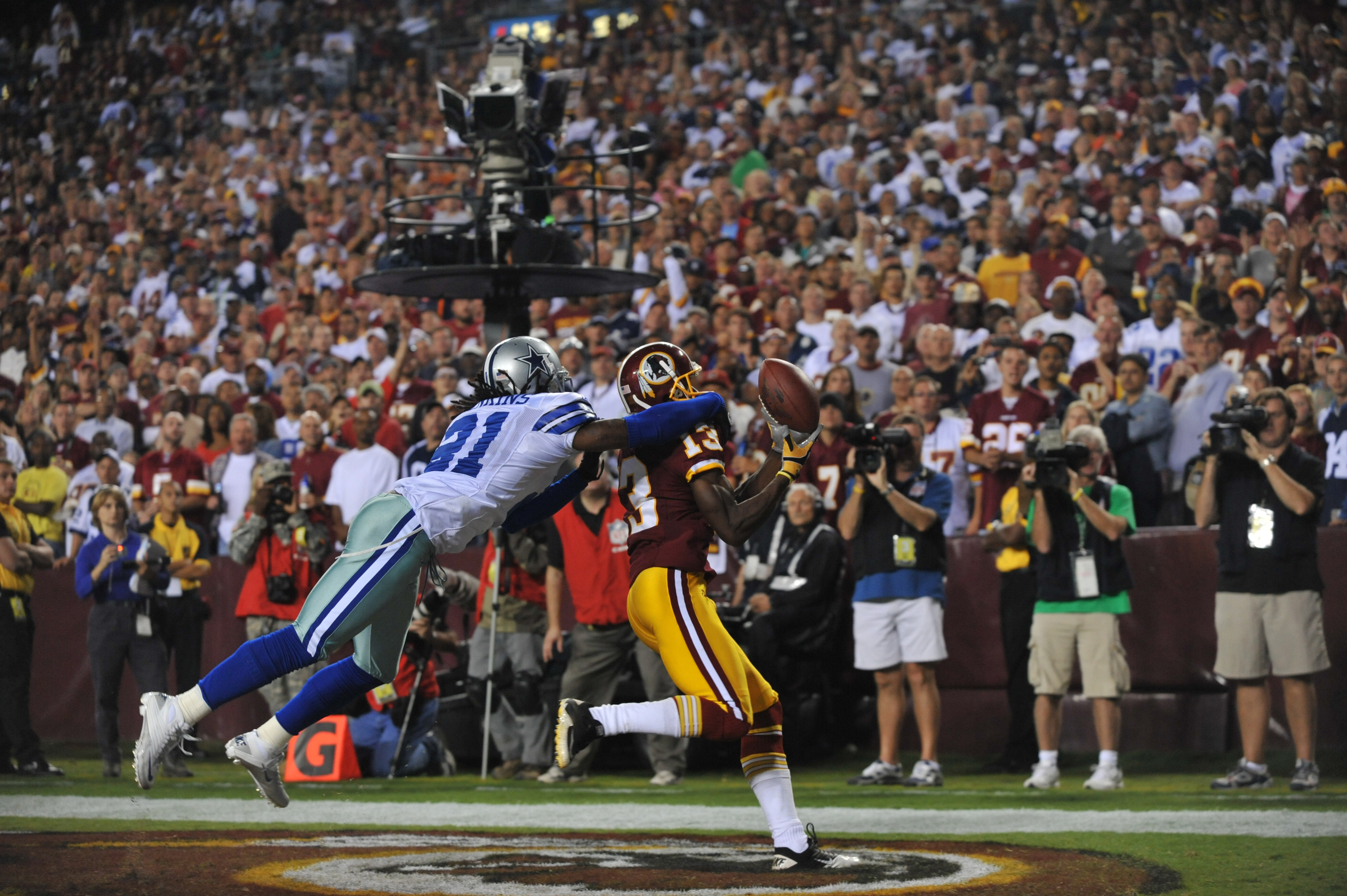 Jenkins had an awful 2010 season after going to the Pro Bowl the year before in 2009. Opposing quarterbacks dominated Jenkins, picking him apart no matter who his cover was.

It was baffling that Jenkins had ever been on a Pro Bowl ballot after watching his play this year, and if he doesn't play any better in the future, Jenkins might go higher up this list.

There was a lack of effort from him during the middle of the season, and it didn't seem like he cared if he was beaten anymore.

His intensity and his play where horrible in 2010, and even though he still has a long career ahead of him, his play last year already has me convinced Jenkins deserves to be on this list. 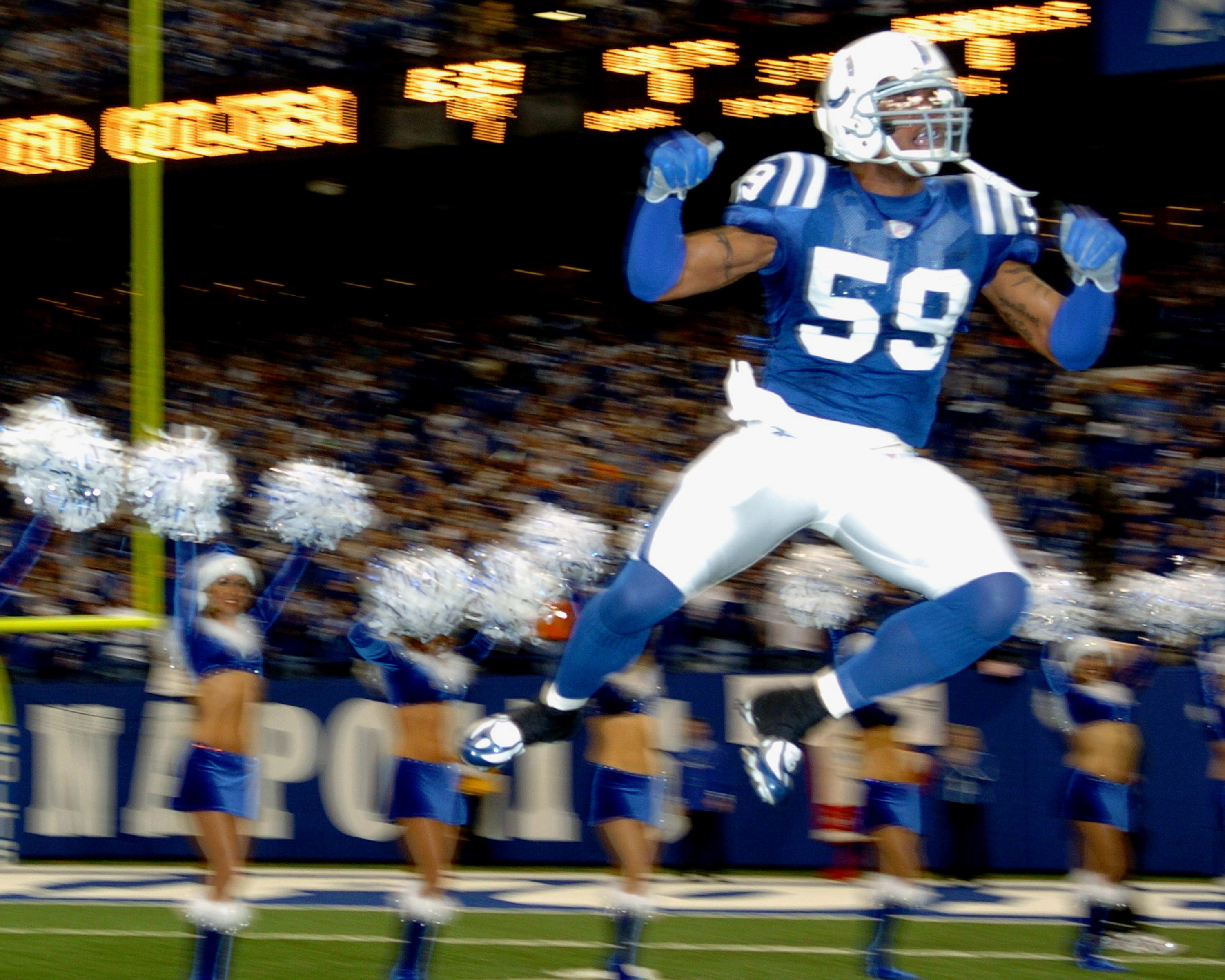 June had a few solid years in the NFL, but was never really anything special. Even in his Pro Bowl season, June had only 90 tackles and failed to record a sack.

Cato's ability in coverage was his strong suit, recording 12 interceptions in his six-year career. However, once June started to age, his game crumbled and he recorded his last NFL tackle at the age of 29.

June had an average career, but nothing Pro Bowl caliber. His failure to make plays in the run game and sustain solid play past his prime makes him one of the worst players ever to wear a Pro Bowl uniform. 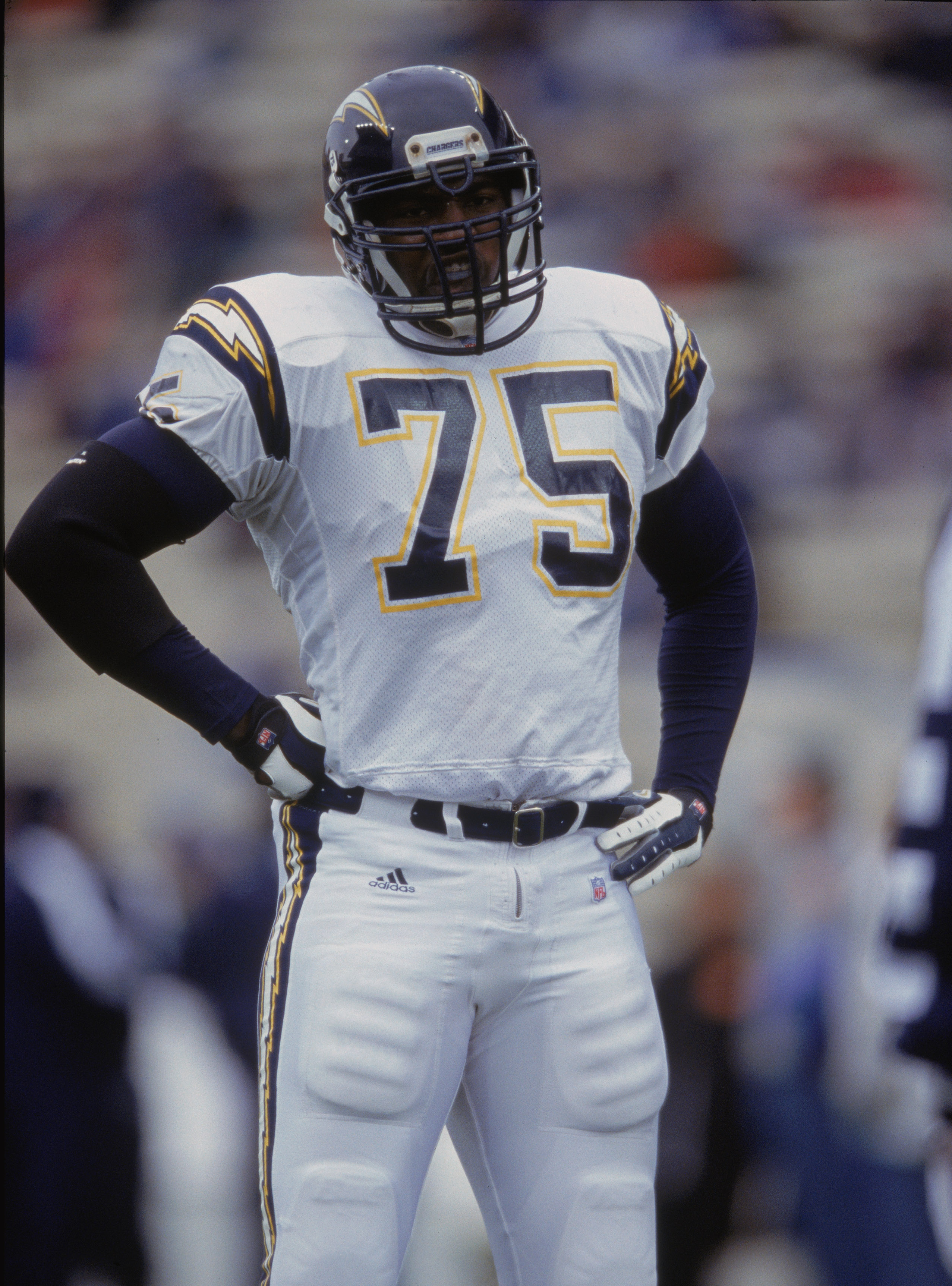 Wiley fell victim to the same thing many others on this list have; he had a few good years, but was unable to sustain that kind of productivity for any length of time.

After a monster 13-sack season in 2001, Wiley was only able to record 12 sacks over the next five years combined.

Although age was a factor in Wiley's downfall, he was only 32 in his last year in the NFL, where he recorded only eight tackles and didn't start a game.

Wiley's one-hit wonder season in 2001 was the only success he ever had, making him one of the worst players ever in a Pro Bowl. 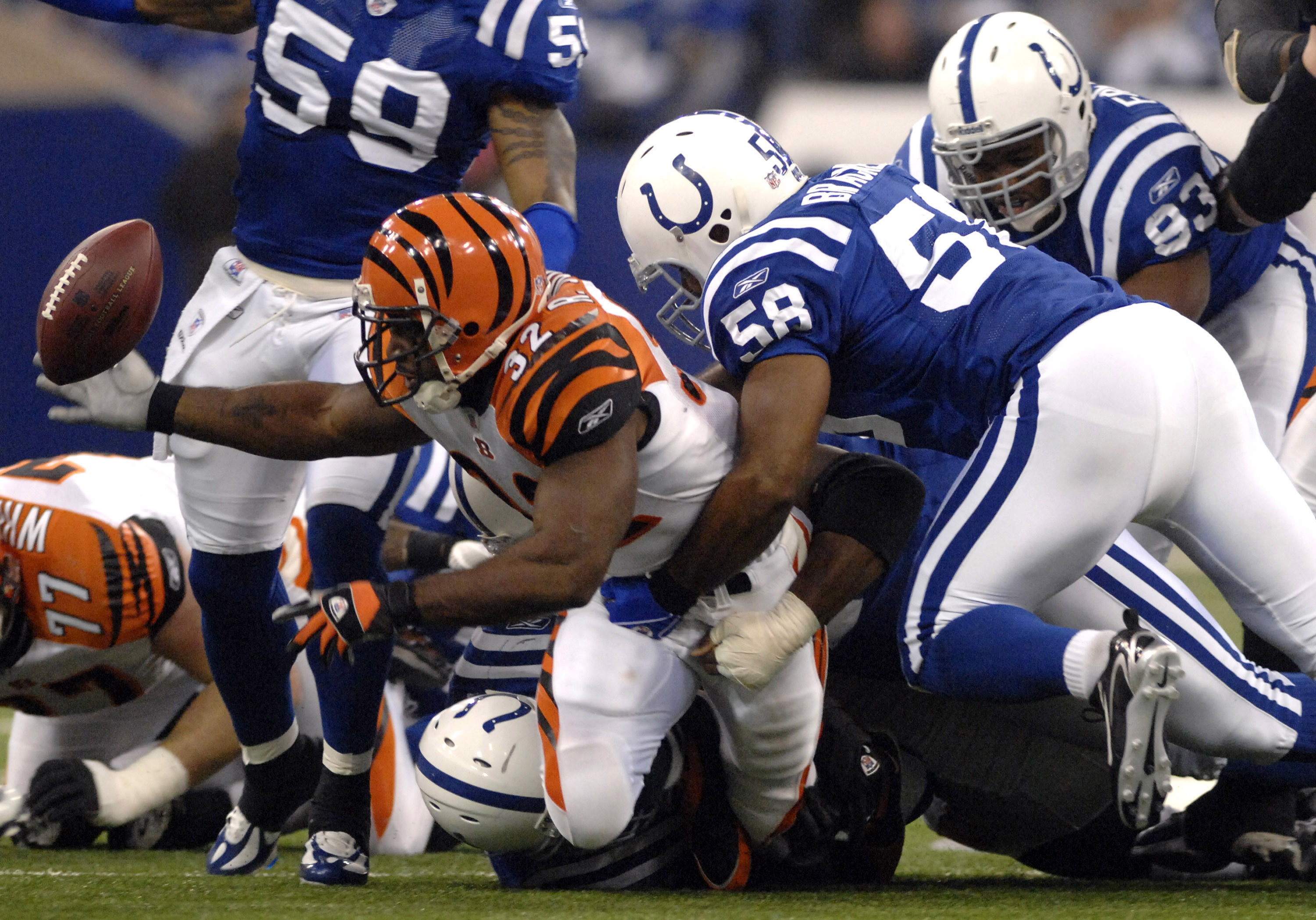 Although Johnson's numbers in the run game look solid for his career, most of those yards were thanks to an abundance of carries in the prime of his career.

Even though Johnson was able to sustain this ridiculous workload, his production per carry was average at best during most of his career.

Besides a 2004 season where Johnson wasn't starting, Rudi was only able to go over 4.0 YPC one time for the rest of his career.

Johnson also never produced in the passing game, as he averaged only 97 receiving yards per season and was a poor blocker.

Johnson's consistency and toughness to sustain so many carries keep him at No. 10 on this list, but outside of that, Johnson doesn't have much to brag about. 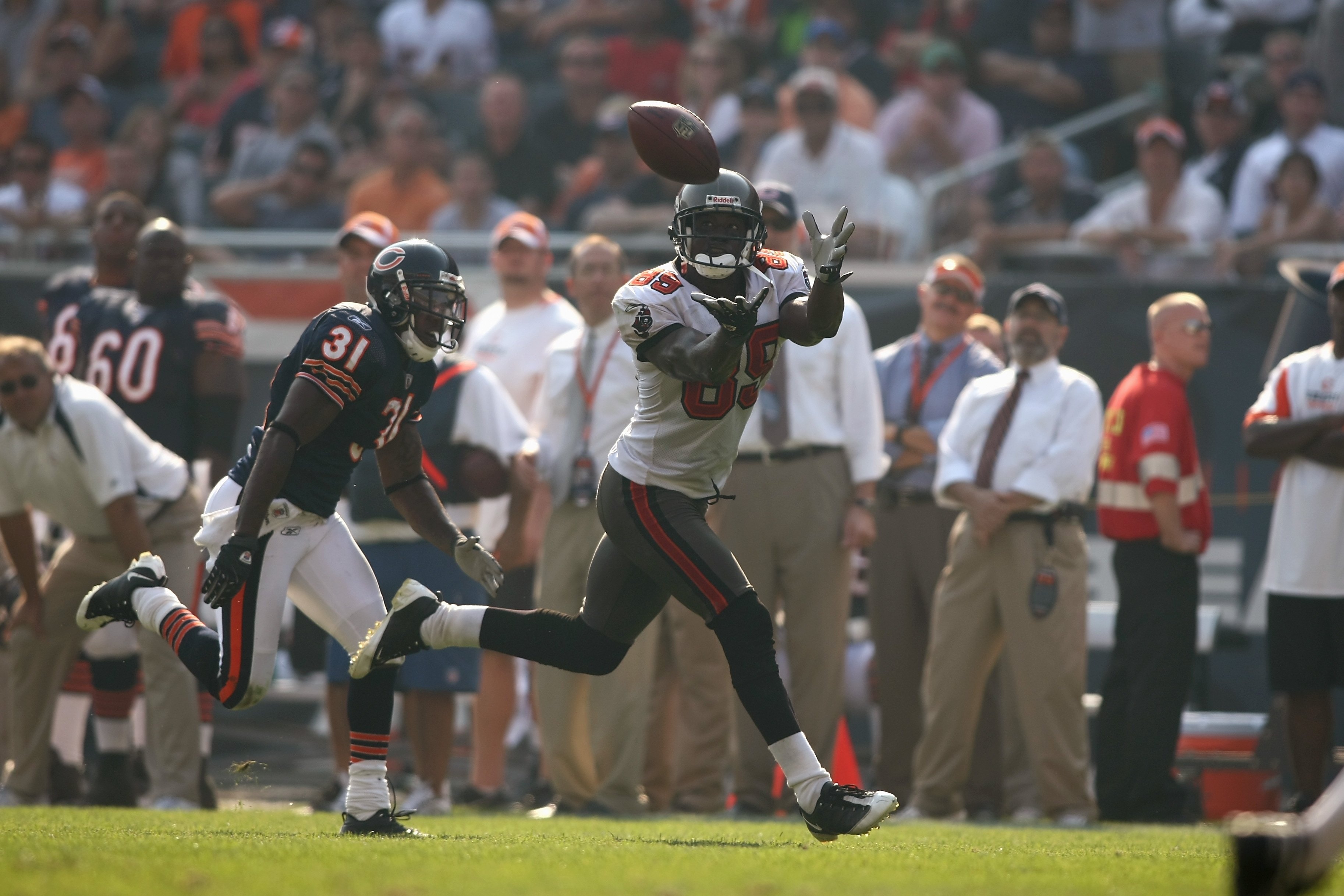 Vasher came onto the NFL scene with a bang by recording 13 interceptions in his first two NFL seasons.

After his 108-yard missed field goal return for a touchdown, however, people moved Vasher from a good player to elite-level player.

Despite the hype, Vasher fell off the face of the earth after his Pro Bowl 2005 season. In his next five campaigns, Vasher could only come up with seven interceptions and now is a backup on the porous Lions secondary.

Injuries, age, and inconsistency all led to the demise of Vasher, who now will forever be remembered as one of the worst players ever to make a NFL Pro Bowl. 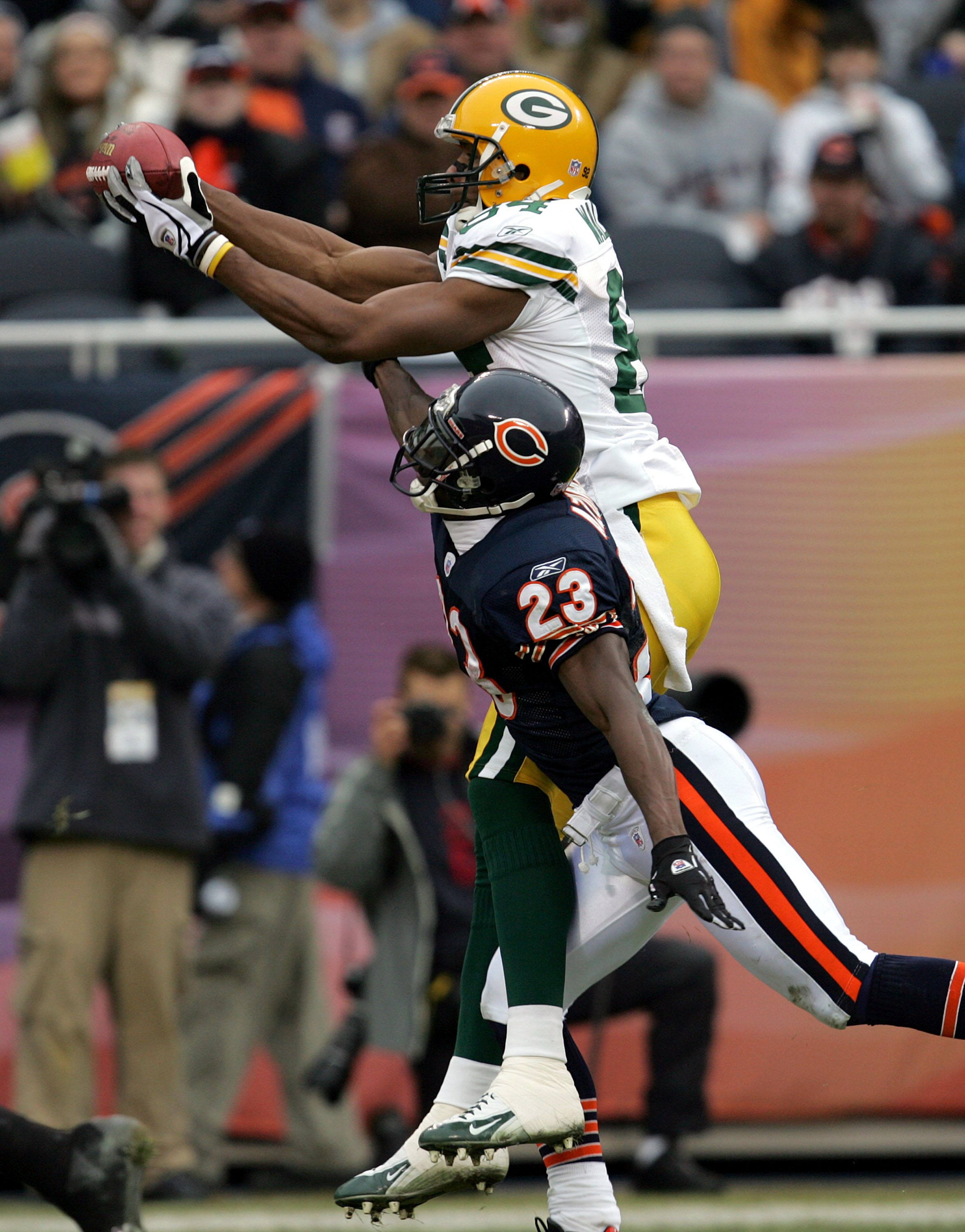 It still shocks me that Azumah was able to get into the Pro Bowl as a corner, considering his numbers and his play were below average at the spot through most of his career.

He averaged only 4 passes defended in his six-year career, which is at the level of a solid defensive tackle, and his interception numbers aren't much better.

Azumah was always a good special teams player and could return punts and kicks, but as a corner back he was never anything special.

Even during his Pro Bowl year, he only managed solid numbers, with four picks and 8 passes defended.

Azumah's play on defense was mediocre throughout the duration of his short career, and his shaky Pro Bowl season makes me wonder how he got a bid in the first place. 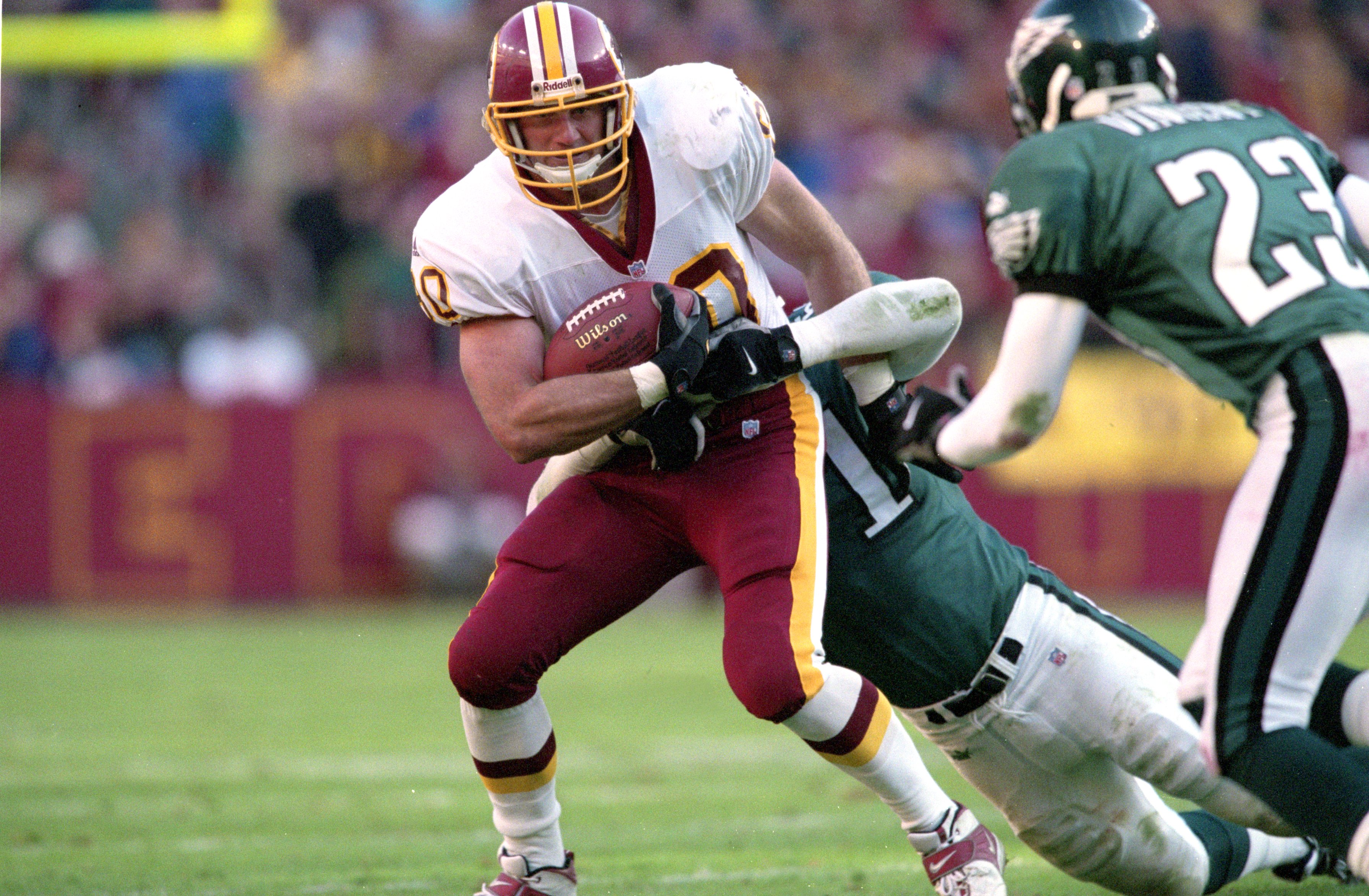 Alexander's career consisted of injuries and horrible receiving seasons. Alexander couldn't get into the end zone, couldn't make big plays in the passing game, and didn't catch many passes, but somehow, the tight end managed to make a Pro Bowl.

Standing at 6'4'' and weighing 250 pounds, Alexander was a big guy who could block pretty well. However, even during his Pro Bowl year, his receiving numbers were nothing more than average.

In 2000, Alexander caught 47 balls for 510 yards and scored twice, but somehow managed to make his first and only NFL Pro Bowl.

Numbers like that wouldn't be considered elite by most people, and considering that was Alexander's best year, he definitely deserved a spot pretty high on this list. 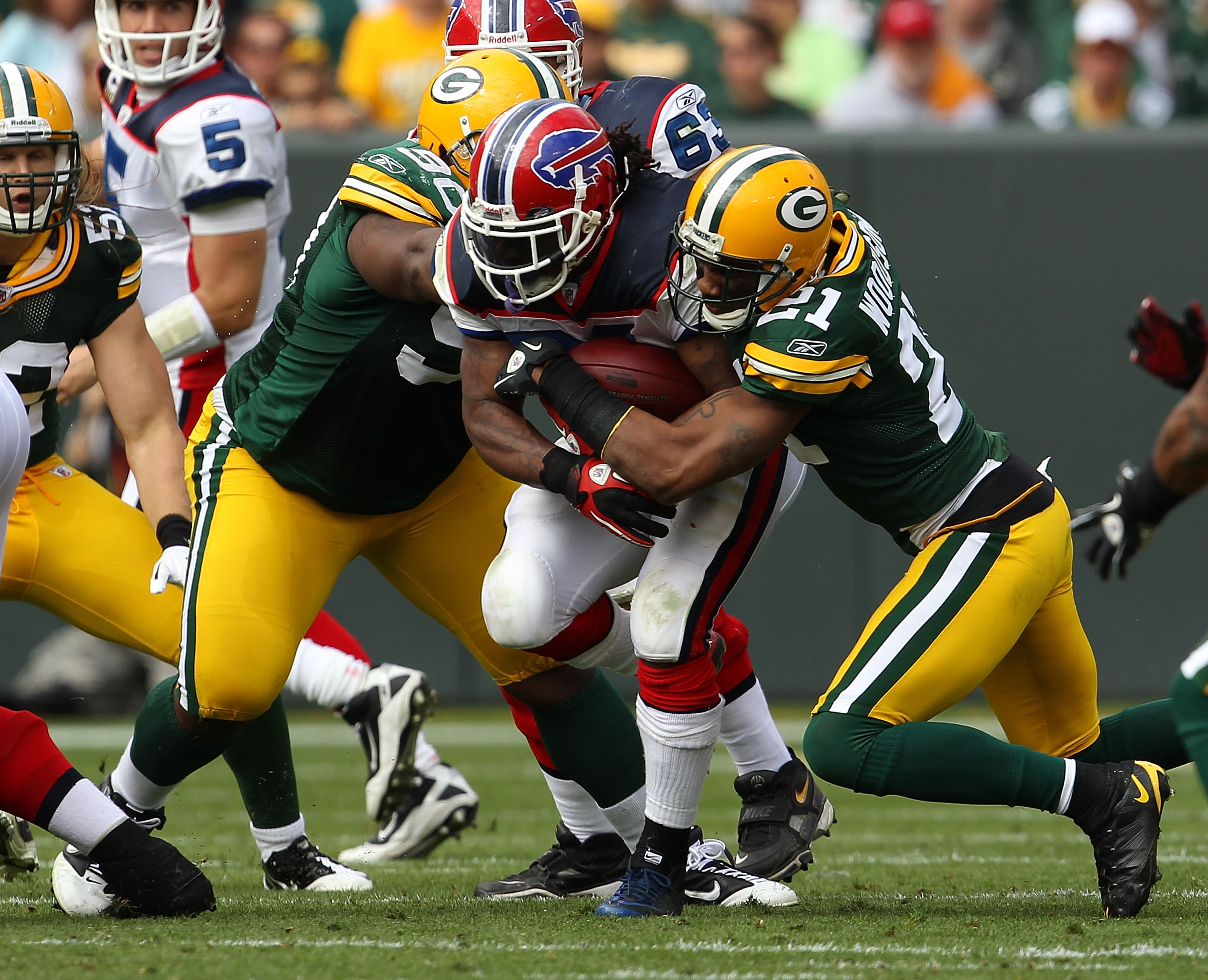 Lynch looked promising after being a first-round pick for the Bills in 2007, but after a Pro Bowl season in 2008, his career has started to slope downward.

In 2009, Lynch only managed 450 yards on the ground in 13 games, and was completely outplayed by his fellow Bills running back Fred Jackson.

Jackson took the spotlight in Buffalo, and after the Bills drafted CJ Spiller ninth overall this past off-season, Lynch became the forgotten man among the three-running-back tandem.

After another mediocre start to 2010, Lynch was shipped off to Seattle, which was desperately in need of a between-the-tackles running back.

However, Lynch performed even more poorly in Seattle than he had previously in Buffalo and has been a disappointment for Seahawks fans for most of the season.

Lynch's miraculous performance in Seattle's playoff win over the Saints bumped him up a few spots on this list, but still, Marshawn's performance for Seattle for most of the season has been nothing less than ugly. 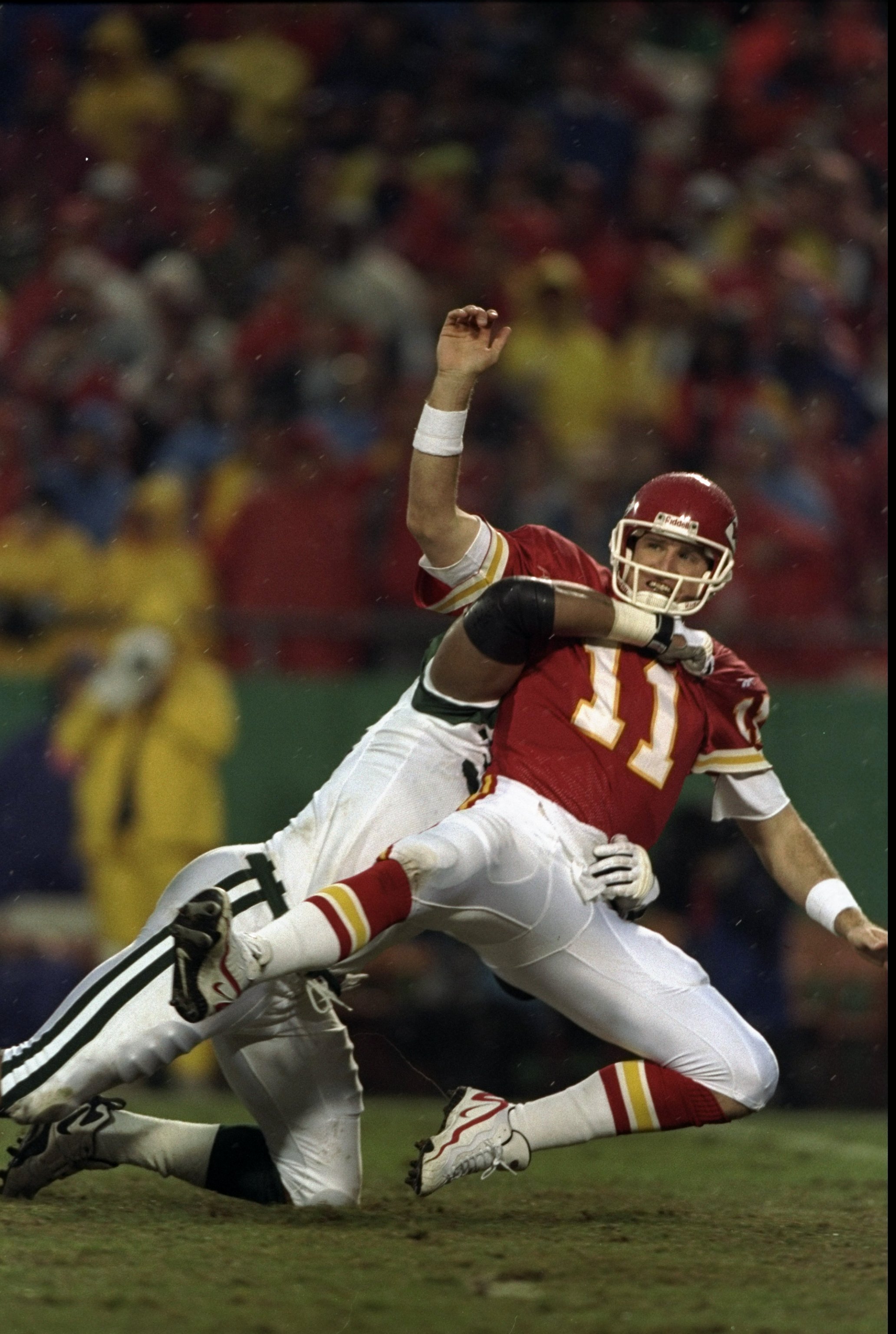 Grbac has seemed to have disappeared in the memory of everyone who watched him back in his prime; and for good reason.

Overall, his career is pretty forgettable; considering he wasn't exciting to watch, nor did he put up big numbers in any of his season in the NFL.

His play optimized an average quarterback, and looking at his numbers today, he might be considered less then that.

Grbac's mediocre 79.8 career QB rating and nearly even interception-to-touchdown ratio tell the story of how most of his career went. 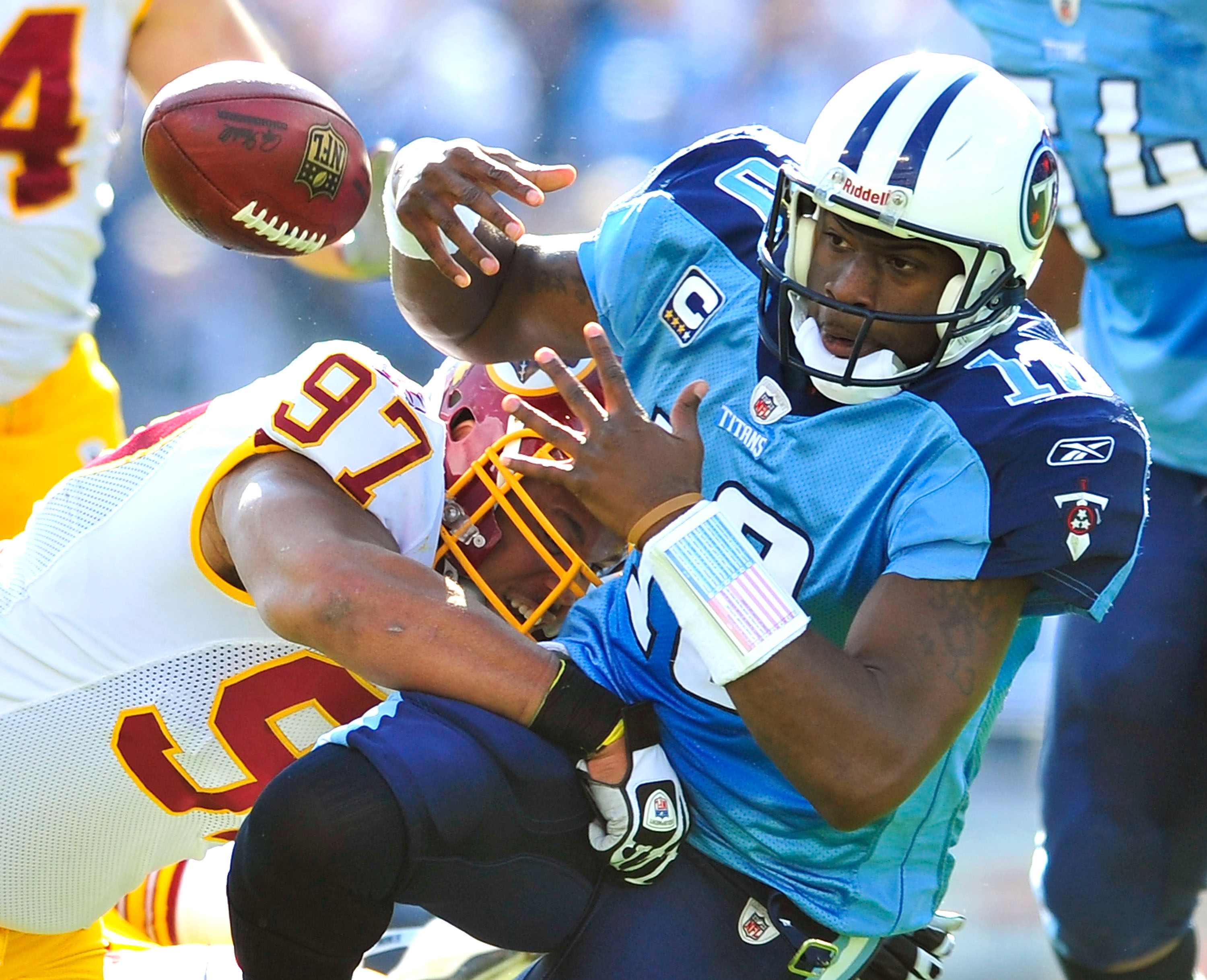 Vince is one of the best overall athletes in the NFL, but he has yet to become a quarterback who should be considered in the ranks of the elite.

After being a top 5 pick in 2006, Vince was expected to be a Mike Vick type of player, except with an arm.

However, Vince has developed into nothing more than a game-managing, check-down type of quarterback who has sat in the shadow of a great running back in Chris Johnson.

Even though Vince can make plays outside the pocket and has a strong arm, accuracy down the field, decision making, and off-the-field issues have prevented him from making the next step towards greatness.

Young still has plenty of potential and I'm not saying he can't be great in the future, but as of now, Young isn't a Pro Bowl-caliber player. 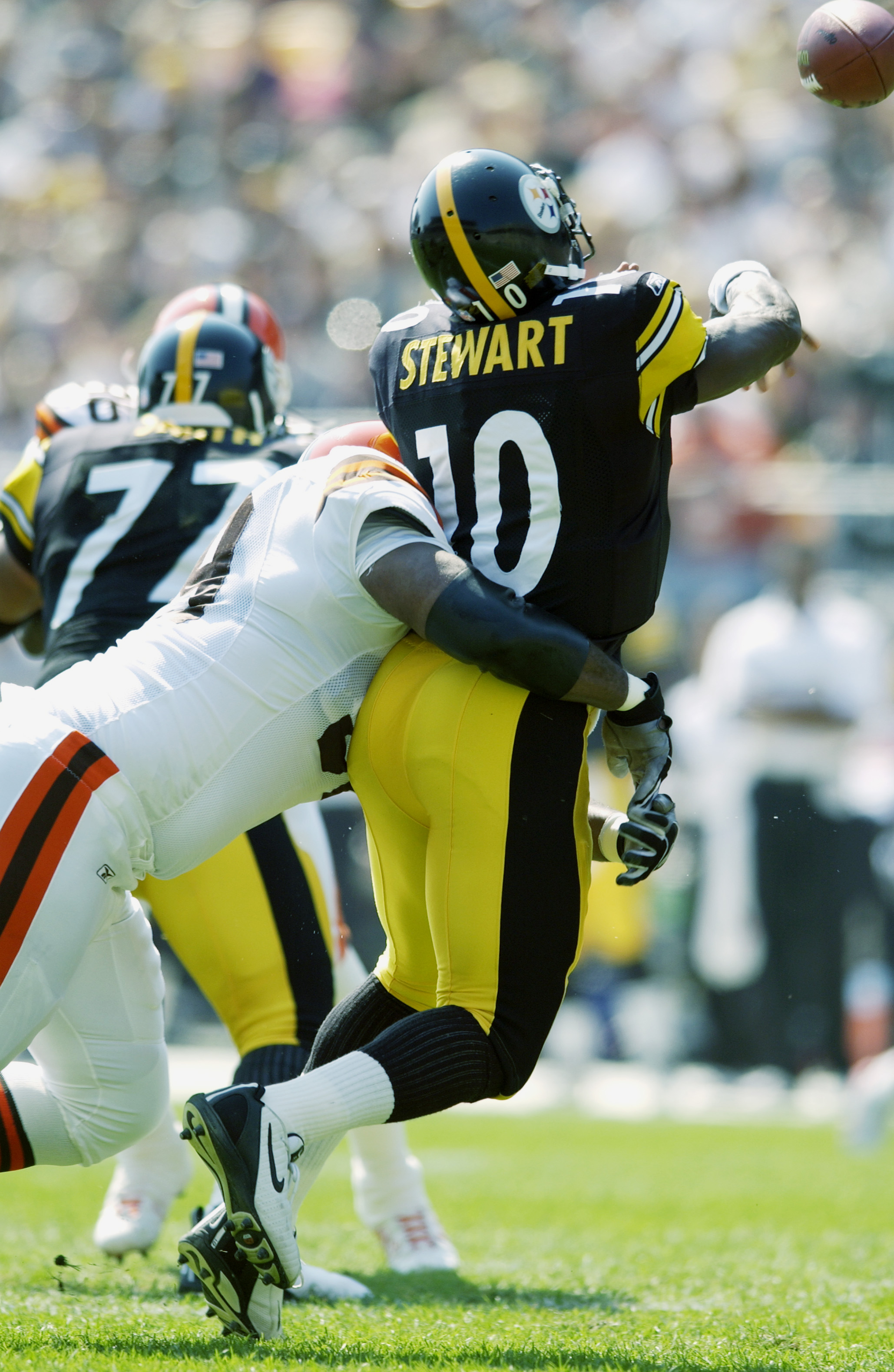 Stewart was one of the most versatile players in the NFL during his time, playing at the running back position, receiver, and quarterback over the course of his career.

Being one of the most athletic players of his time, Kordell could play anywhere on the field and posed a threat for the defense at all times.

He could catch passes and scramble with the best of them, but when it came to true quarterbacking (which is what Stewart was elected into the Pro Bowl for), Kordell was plain awful.

He had an awful career QB rating of just over 70, and his career completion percentage of 55.8 is one of the worst ever by a Pro Bowler. Kordell averaged more interceptions per year than passing touchdowns, and never really had a good season through the air.

Stewart is no doubt one of the most versatile athletes of the past 20 years, but he wasn't nearly good enough at quarterback to be considered elite. 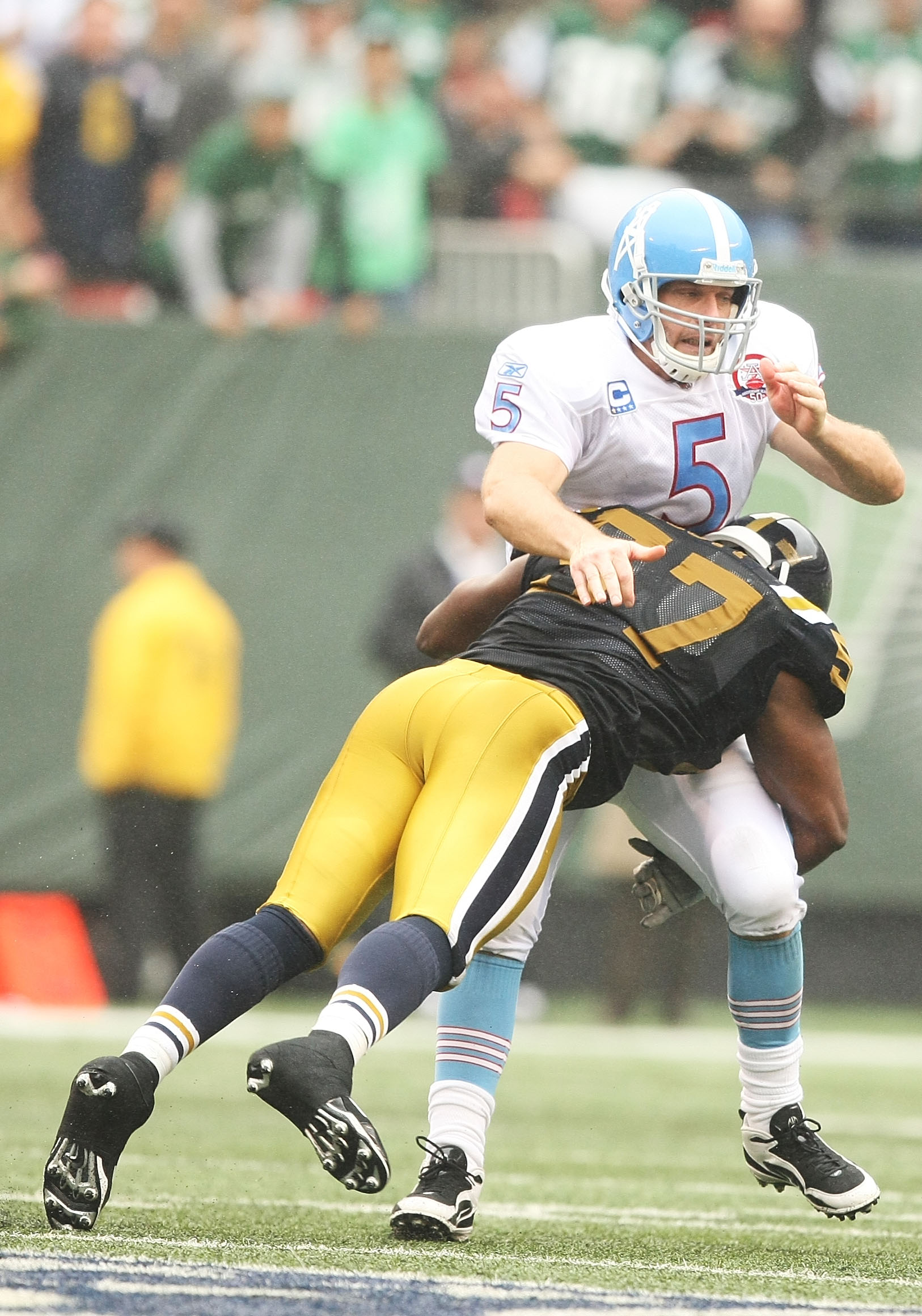 Over his career, Collins has done nothing but turn the ball over and lose football games. Outside of the 2000 Giants team, which Collins led to a Super Bowl loss, Kerry has not led a team past the Divisional round of the playoffs in 16 NFL seasons.

Collins hasn't fared much better in the regular season, with an overall record of 12 games under .500.

Kerry averages an almost even touchdown to interception ration on his career, and he has a below-average completion percentage of 55.

Collins' career resume shows nothing but mediocrity, and he hasn't done anything to make him worthy of playing in a Pro Bowl. 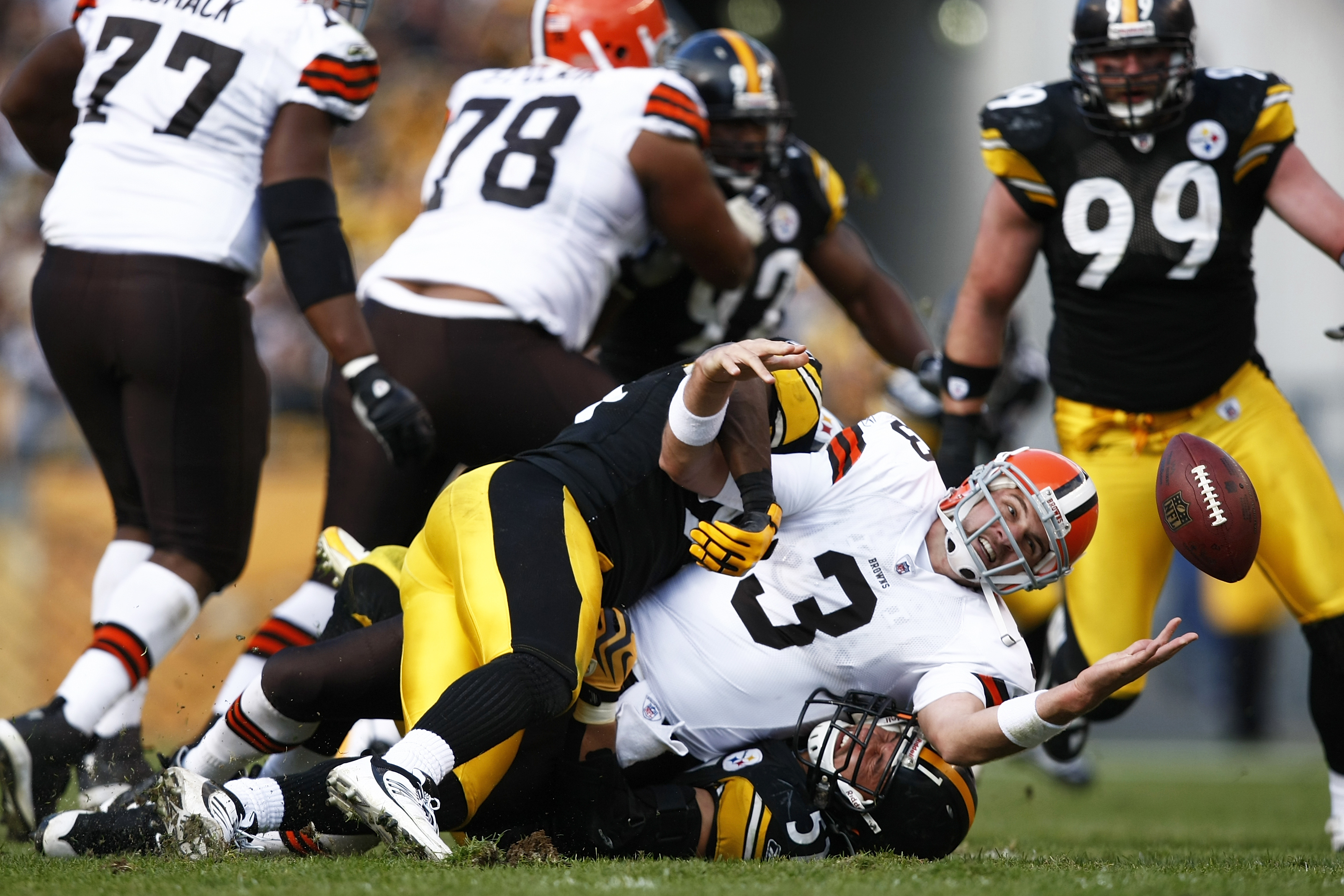 Things were looking great in Cleveland. Coming off their first winning season in a long time, the Browns had a promising young team led by franchise quarterback Derek Anderson and one of the league's best receivers in Braylon Edwards...Which was worse, Cleveland? That team or your current Cavaliers?

Derek ended up having two horrid seasons after his 2007 breakout campaign, and then he just fell off the face of the earth after that.

Anderson is one of many in a mix of horrible quarterbacks down in Arizona, and his career looks to be coming to an end.

Derek's career is a laughable one, and he shouldn't even be talked about as an average NFL starter, much less a Pro Bowl-caliber player.