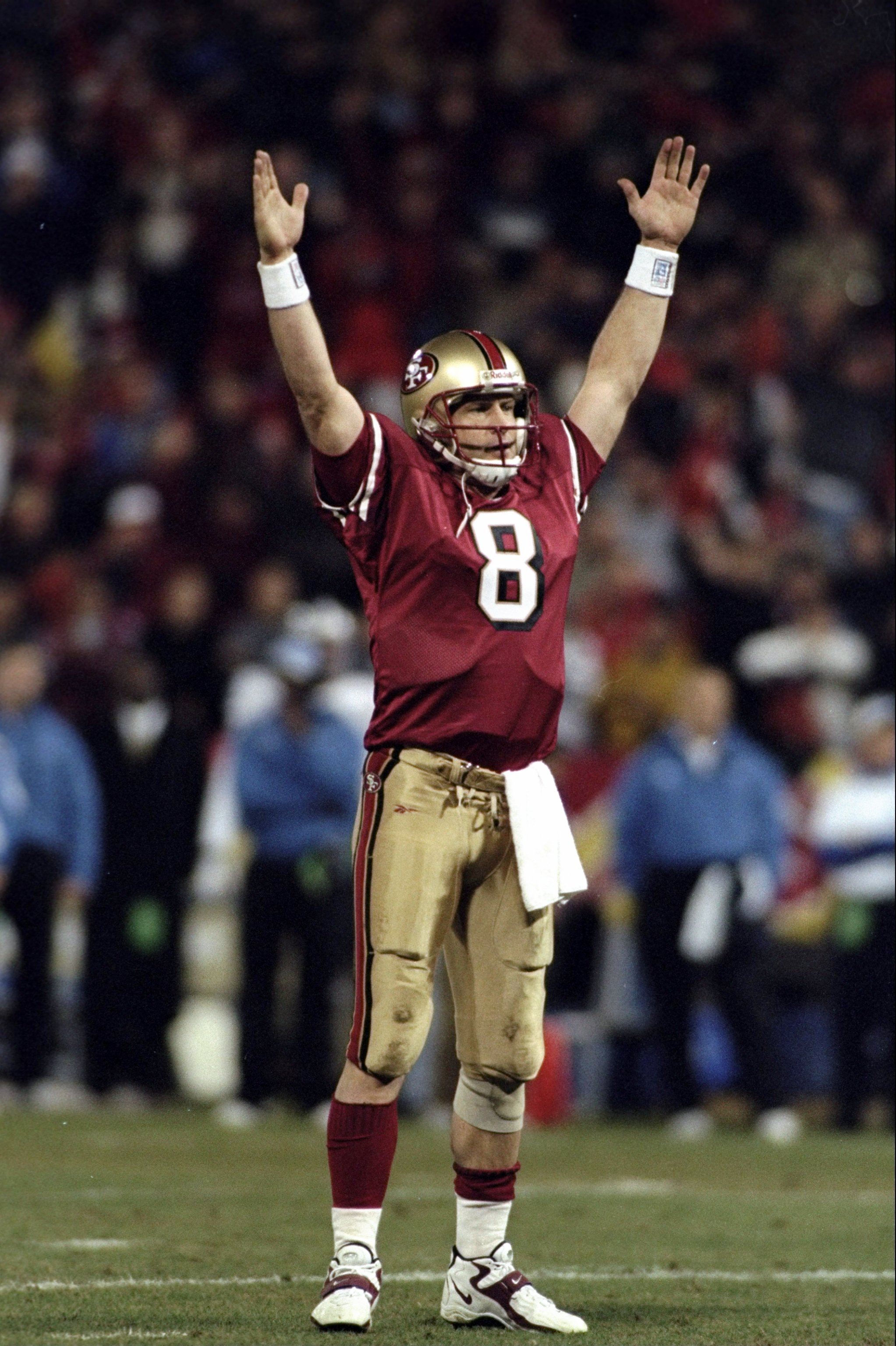 In my spare time, I was looking back through the perfect games that have been played by quarterbacks in the history of the NFL. While gazing through this list of 158.3 ratings, two consecutive games caught my eye.

The very next perfect performance in history was the next year.

Sonny Jurgenson in 1965 completed 12 of his 14 passes for 195 yards and three touchdowns. He also received the perfect rating.

This boggled my mind. Ryan completed a higher percentage of his passes, threw for more yards and scored more touchdowns. How in the world could they have the same rating? There was no way to qualify the level of perfection using the current quarterback rating system.

So I set out to find out exactly what the flaws were with the current system and then developed my own system, which is based on the old method.

Read on for the details. Any feedback is appreciated.

How Passer Rating Is Calculated 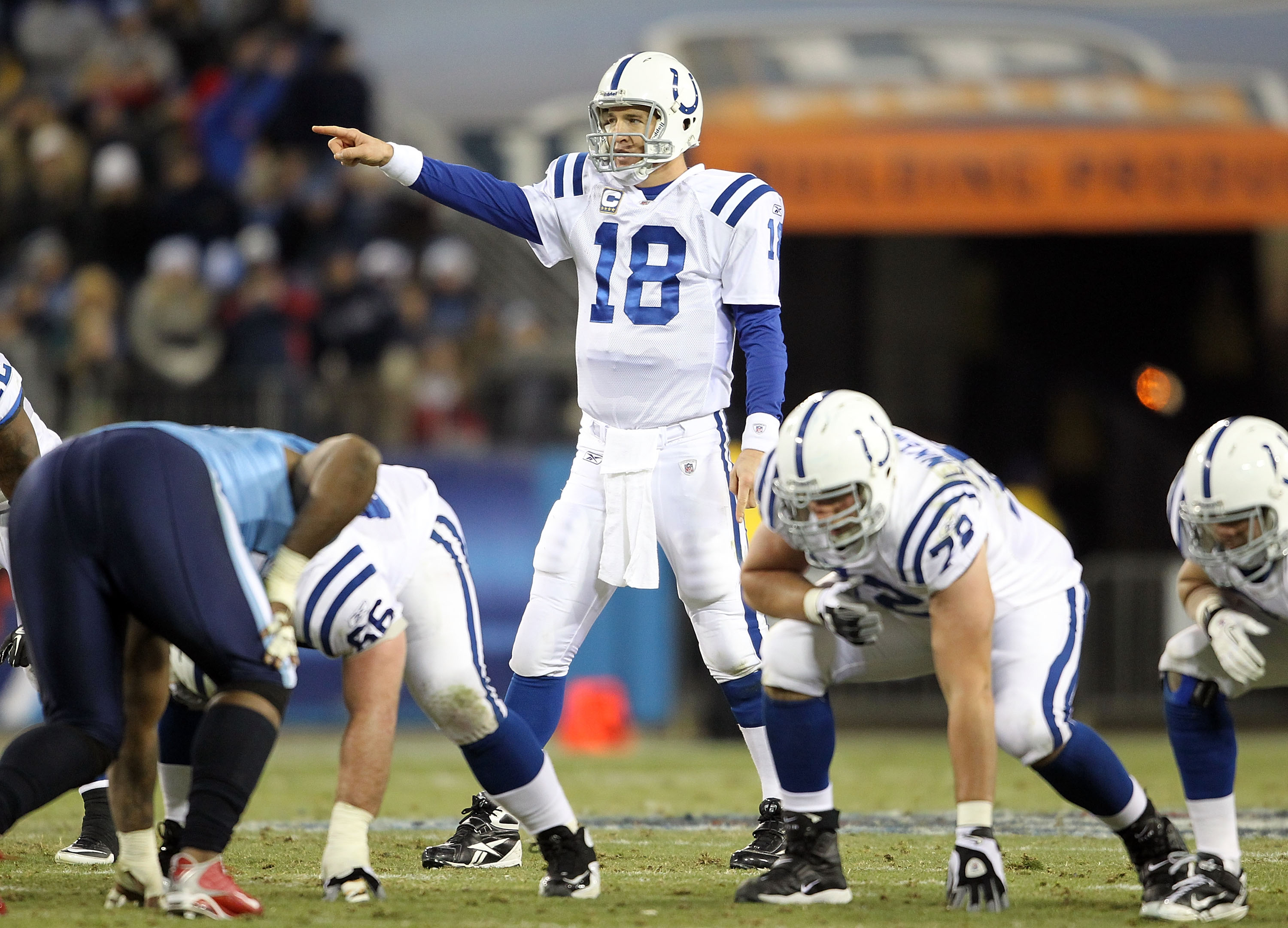 The current system for rating quarterbacks is called passer rating and was developed in 1971 by Don Smith's special committee. Seymour Siwoff and Don Weiss are also credited with the creation of the now-outdated stat.

Passer rating is comprised of five separate calculations, four of which deal with different statistics and the fifth of which (the actual passer rating) combines the original four. The first four (A, B, C and D) are mutations of completion percentage, average yards per attempt, touchdowns per attempt and interceptions per attempt.

A: Based on Completion Percentage

First, a quarterback's number of completions are divided by the number of attempts, resulting in the traditional format for completion percentage. Then, 0.3 is subtracted from the result and that end product is multiplied by five.

B: Based on Average Yards per Attempt

First, the traditional yards per attempt number is found by dividing passing yards by attempts. Three is subtracted from the result and then that number is multiplied by 0.25.

C: Based on Touchdowns per Attempt

The traditional touchdowns per attempt stat is found by dividing passing touchdowns by number of attempts. That number is subsequently multiplied by 20.

D: Based on Interceptions per Attempt

Passer Rating: The Combination of A, B, C and D to Achieve the Final Statistic

For each A, B, C and D, the number generated is compared to 2.375 and the minimum is taken. If it's positive that number stays, but if it's negative, it's replaced by 0. Because of this, four new numbers are generated.

Those numbers are added together and the sum is divided by six then multiplied by 100.

After all that, you've calculated a quarterback's passer rating.

The Problems With Passer Rating 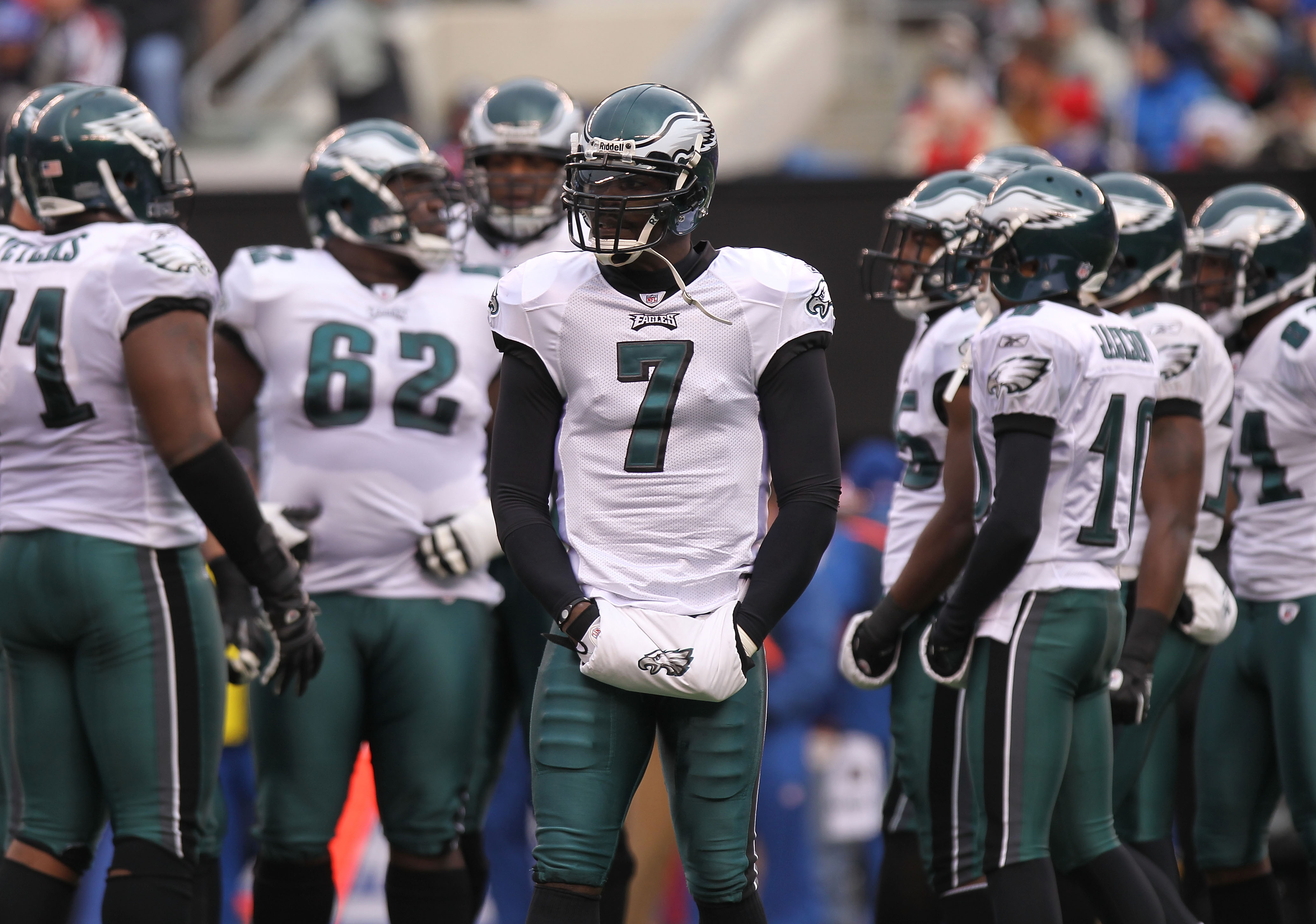 Now that I've explained to you how passer rating is calculated, we can go over the problems with it.

First, the numbers don't really make sense. What is a good passer rating? Can anybody give me a definitive number?

Truthfully, I couldn't. I have no idea what an average quarterback is supposed to have. Something around 60 or 70?

I've heard 100 thrown out as an idea for a good quarterback's passer rating, but no one in history has a career passer rating in triple digits.

Because of the maximums and minimums used in the final part of the calculation, passer rating doesn't allow quarterbacks to have negatives in any category.

In other words, throwing two interceptions in 10 passes is just as bad as throwing three. By not allowing for the negatives, the rating is essentially saying that once you've reached a certain level of badness, playing worse doesn't hurt your team any more.

Lack of Distinction for the Elites

To get a perfect passer rating, a quarterback must attain the following statistical benchmarks: 77.5 percent completion rate, 12.5 yards per attempt, a touchdown on 11.875 percent of their attempts and no interceptions.

However, once those benchmarks are reached, it doesn't matter by how much a quarterback surpasses them.

That was the problem with Ryan and Jurgenson in the original example. 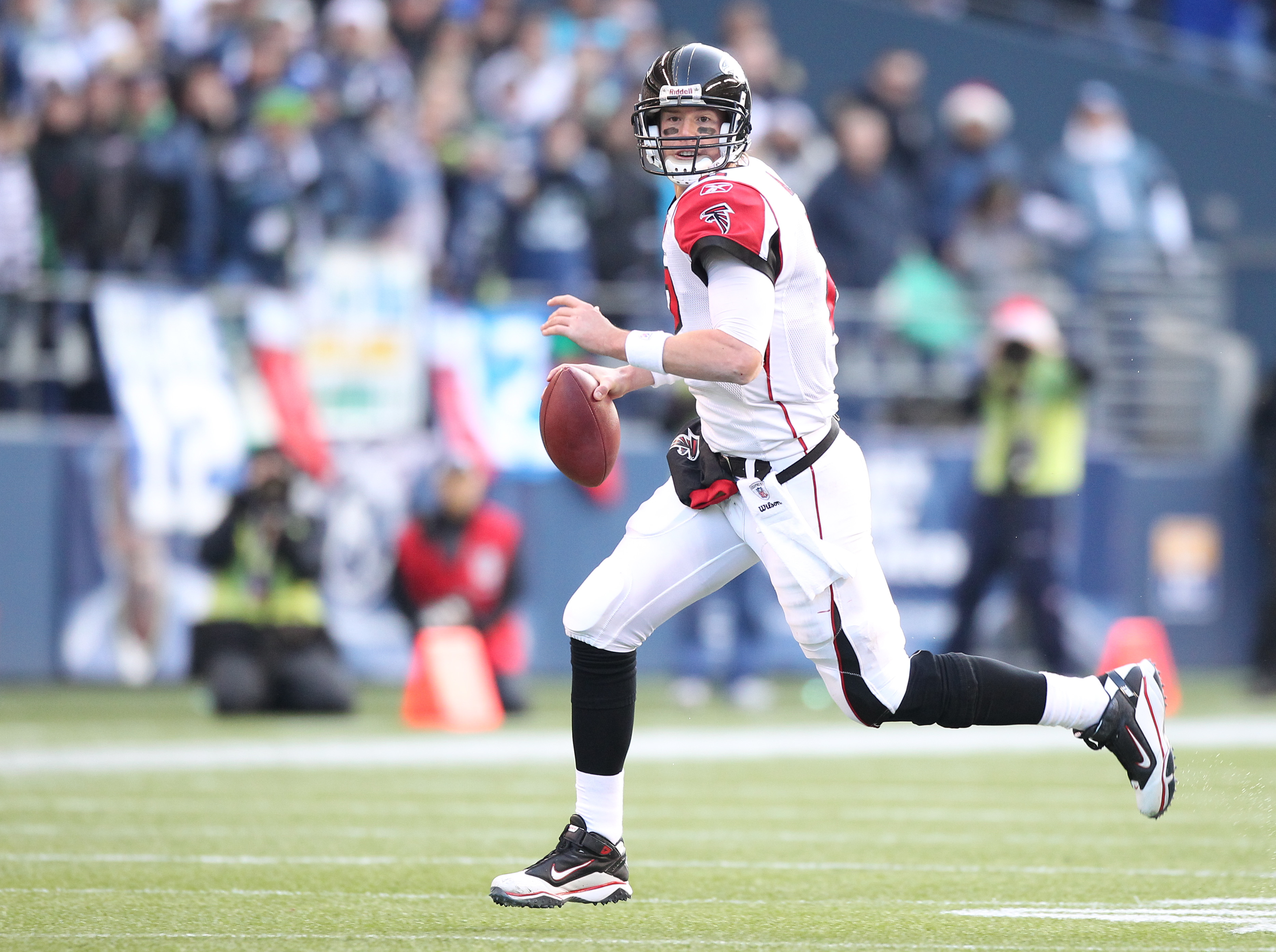 In general, my formula for Passer Score is based off the same four statistics as passer rating: completion percentage, yards per attempt, touchdowns per attempt and interceptions per attempt.

The next few slides will explain each component. Once they're all found, they're simply added together to create PS.

A caveat: the calculations are a bit more difficult, but they do make more sense. 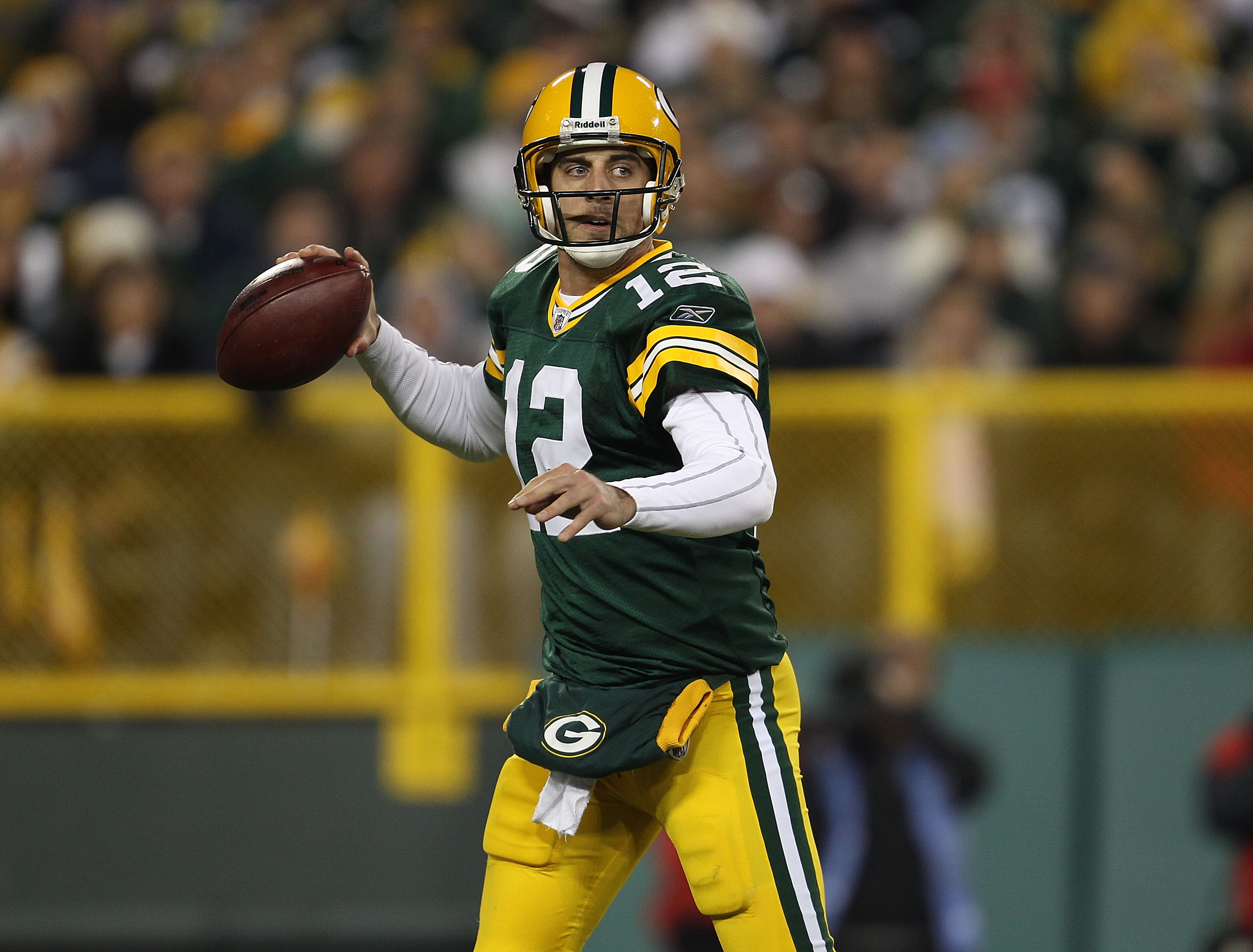 For that reason, we're going to set the historical "average" completion percentage at 58 percent.

The best seasonal completion percentage of all time is shared by two men. Ken Anderson in 1982 completed 70.6 percent of his passes and his record was matched by Drew Brees in 2009.

I wanted for a quarterback with a difference between those two stats of 12.6 percent to receive 25 points in this component, so I had to multiply the difference by 198.413 to have that happen. 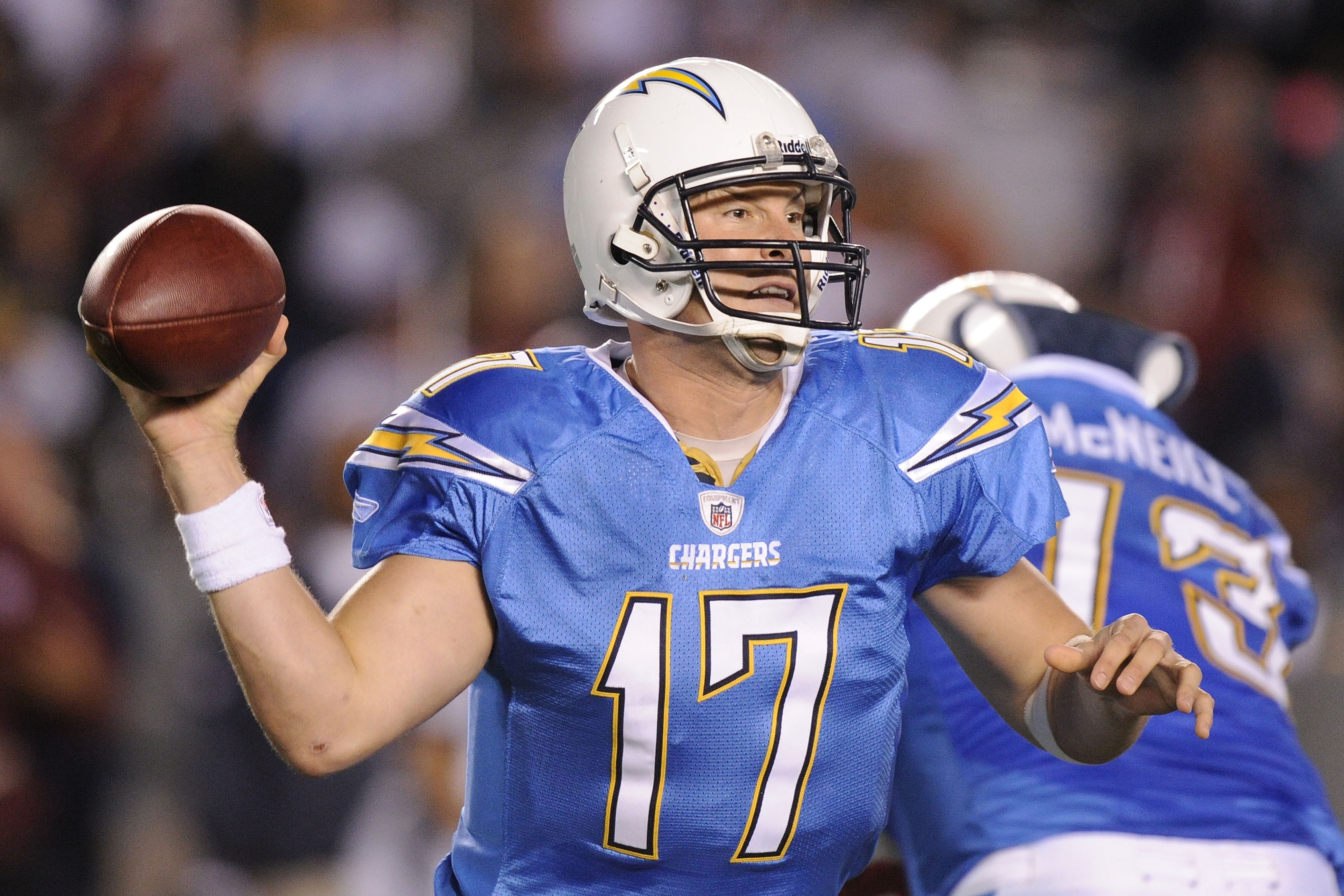 Over the same time period, the 3,739,331 attempted passes have gone for 7,478,662 yards, an average of 6.29 yards per attempt. Yards per attempt though has also been steadily trending upwards for as long as the Super Bowl has been around.

It is however starting to tail off a bit, which is why I set the "average" yards per attempt number at 6.3.

Over the course of a full season, the best yards per attempt was set by Sid Luckman. Way back in 1942, Luckman averaged 10.9 yards per pass throughout the season. Others have come close, but no one has ever matched that.

I wanted for a quarterback with a difference between those two stats of 4.6 to receive 25 points in this component, so I had to multiply the difference by 5.434 to make that happen. 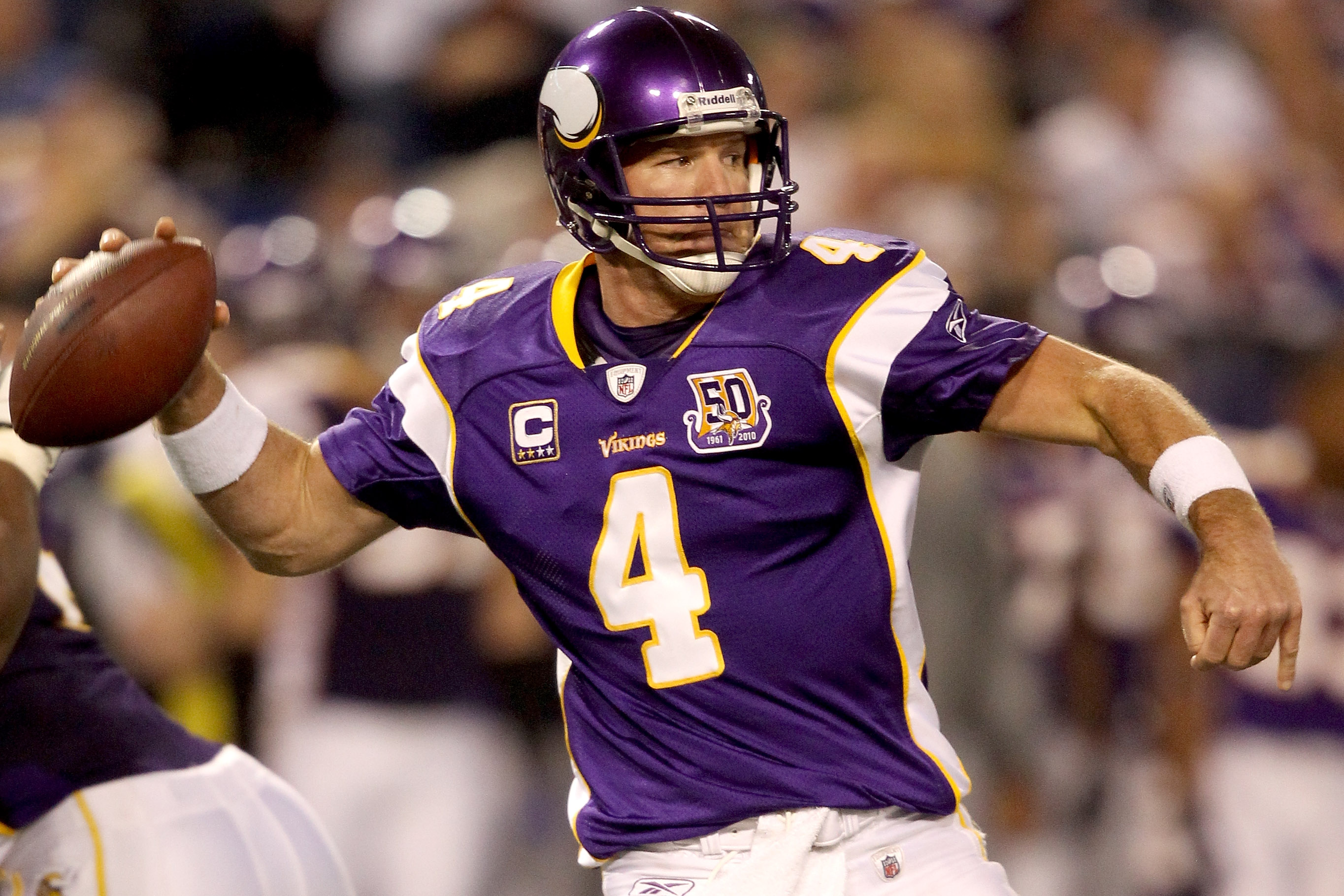 With 49,154 touchdown passes thrown between 1966 and the start of this season, the historical average for touchdown passes per attempt is 0.0413. Just about four percent of passes have resulted in scores, at least scores for the offense.

That average appears to be leveling out right about at 0.0413, after falling precipitously during the 1980's and 1990's. Therefore, I made 0.0413 the "average" touchdown passes per attempt.

Back in 1943, Sid Luckman set the mark for the most touchdown passes per attempt at 0.139, however it is clearly an outlying number. Second place is Frankie Albert's 1948 mark of 0.11. That is an outlier as well.

I wanted for a quarterback with a difference between those two stats of 0.0627 to receive 25 points in this component, so I had to multiply the difference by 398.72. 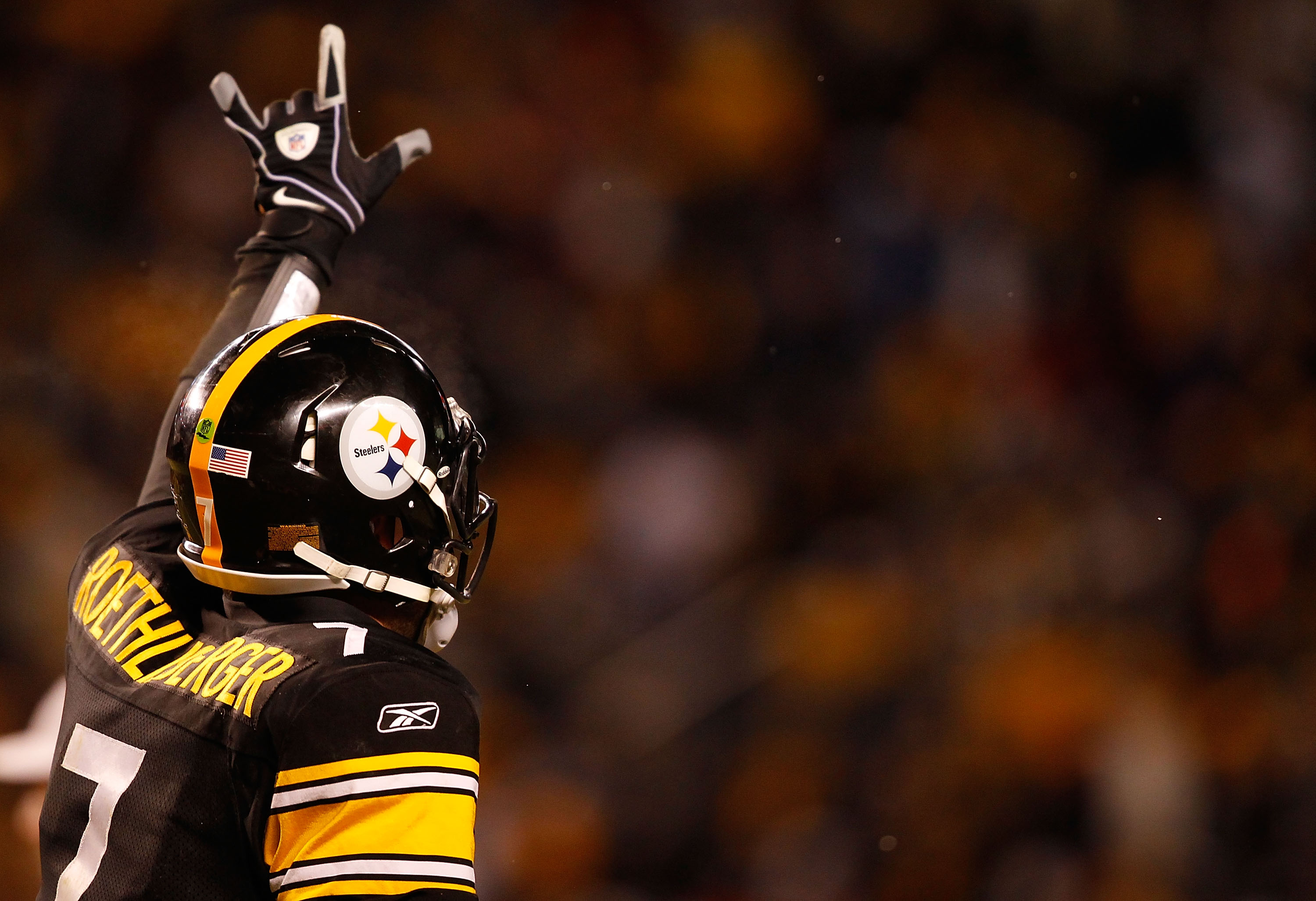 Since 1966 and prior to the 2010 season, there had been 46,864 interceptions in football. That makes the historical interceptions per attempt number stand at .0394.  Fortunately for offenses, that is slightly lower than the touchdown statistic.

The historical number has been hovering right at .0394 for a while, so I'm going to call that the "average" interceptions per attempt.

Damon Huard has the lowest interceptions per attempt mark of all time, .004 in 2006.  Yet, while it’s impossible to throw a touchdown on every pass and still throw enough passes to be eligible, it is feasible to have no interceptions in a season. Realistic? Maybe not, but it is still feasible.

If we call zero the minimum, that means that the largest realistic difference between the "average" interceptions per attempt and an individual's is.0394.

I wanted for a quarterback with a difference between those two stats of 0.0394 to receive 25 points in this component, so I had to multiply the difference by 634.52.

Note that the numbers in parentheses are reversed because having a higher number of interceptions is a negative thing. 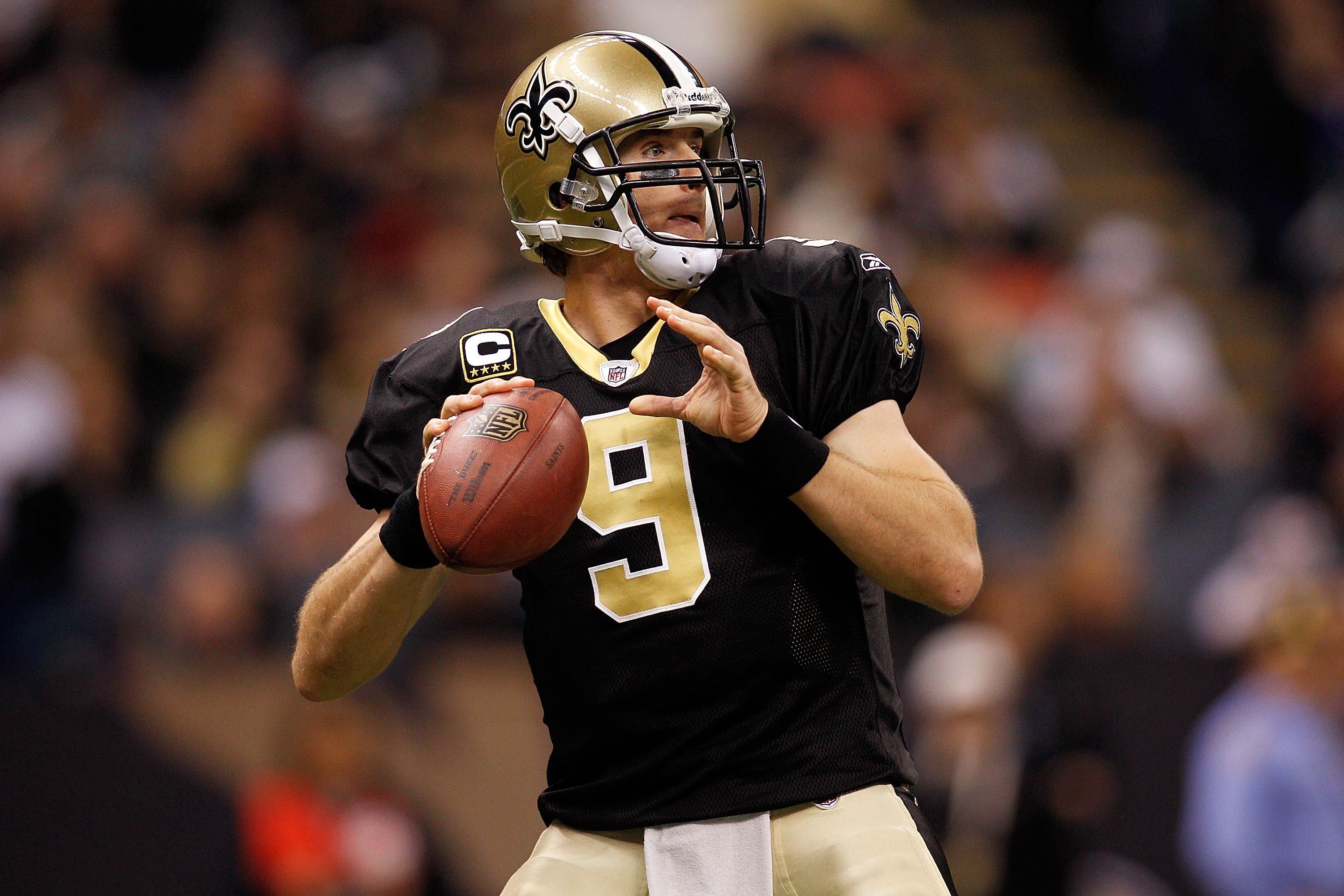 The final step for calculating Passer Score is much simpler than the one used for passer rating. 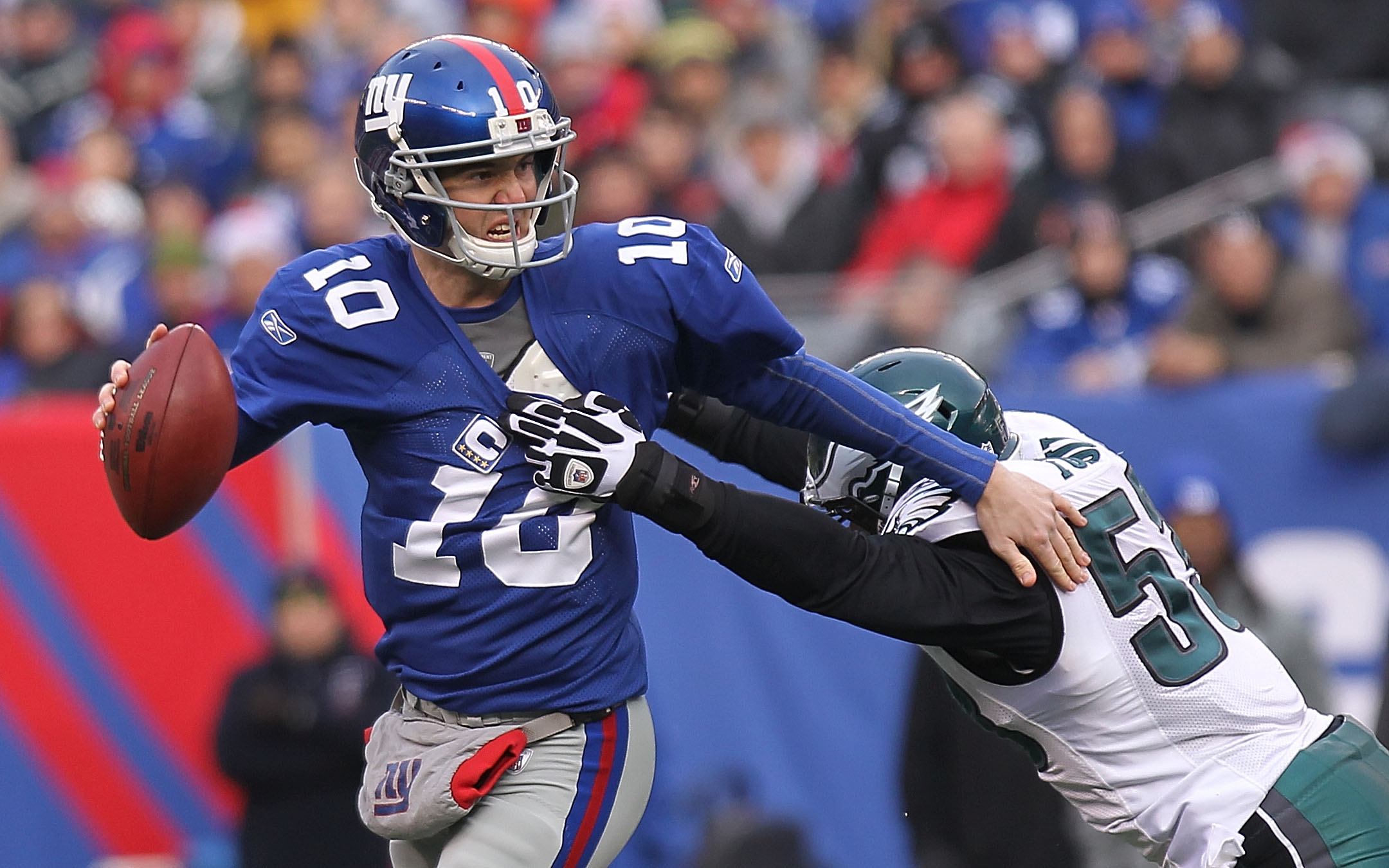 A perfectly average quarterback, one that completes 58 percent of his passes, averages 6.3 yards per attempt, 0.0413 touchdowns per attempt and 0.0394 interceptions per attempt will have a Passer Score of exactly 0.0.

Let's take for example three quarterbacks this year. Tom Brady is having an excellent season, Matt Hasselbeck an average one, and Jimmy Clausen has been simply terrible.

Their passer ratings don't tell us that much. It appears as though Brady's 109.92 rating is very good, but how do we qualify Hasselbeck's 73.08 and Clausen's 56.84. There are no benchmarks to go by.

Their Passer Scores tell a much more clear story.

To understand just how great Brady's season has been, you need to know that the best season by a quarterback every, statistically speaking, was Peyton Manning's  2004 season when he posted a 121.11 passer rating and a 69.73 Passer Score. Both of those are the highest of all time.

In fact, just four seasons by quarterbacks have resulted in Passer Scores of over 60. Manning's 2004, Brady's 2007, Steve Young's 1997 and Joe Montana's 1989. Looking at the historical data, a Passer Score of over 50 is a great indication of a very good season.

50 is a nice and easy number to remember and helps to solve the subjectiveness problem. 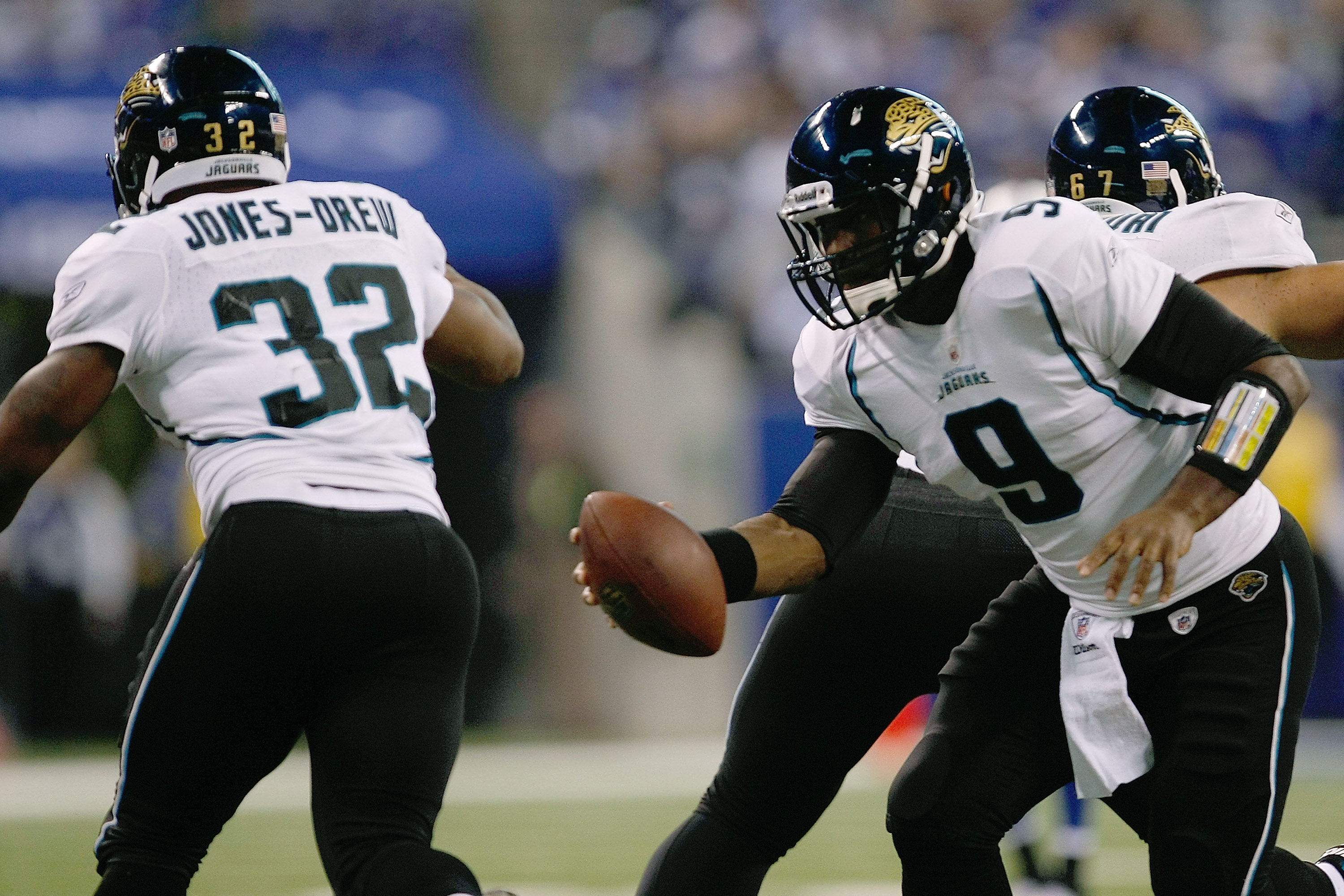 The answer to this question is a definitive yes.

Quarterback A completes 70 of his 100 passes and they go for 700 yards, 18 touchdowns and 12 interceptions.

Quarterback B completes 70 of his 100 passes and they go for 700 yards, 18 touchdowns and 14 interceptions.

Why? Because once the interceptions per attempt number hits a certain mark, it doesn't matter how much it exceeds the limit produced by the calculation by. Even though Quarterback B was statistically worse, passer rating thinks that they are statistically identical. If one of those extra two interceptions caused an extra loss, I guarantee that general managers wouldn't have identical statistical evaluations of the two.

Now, let's take a look at what Passer Score says.

Quarterback A receives a Passer Score of 31.73 while Quarterback B gets a 19.08. Quarterback B took a big hit for throwing those two extra interceptions. If the dip was bigger than you expected, it's because of the small number of passes each quarterback hypothetically threw.

Does Passer Score Solve the Lack of Distinction for the Elite Problem? 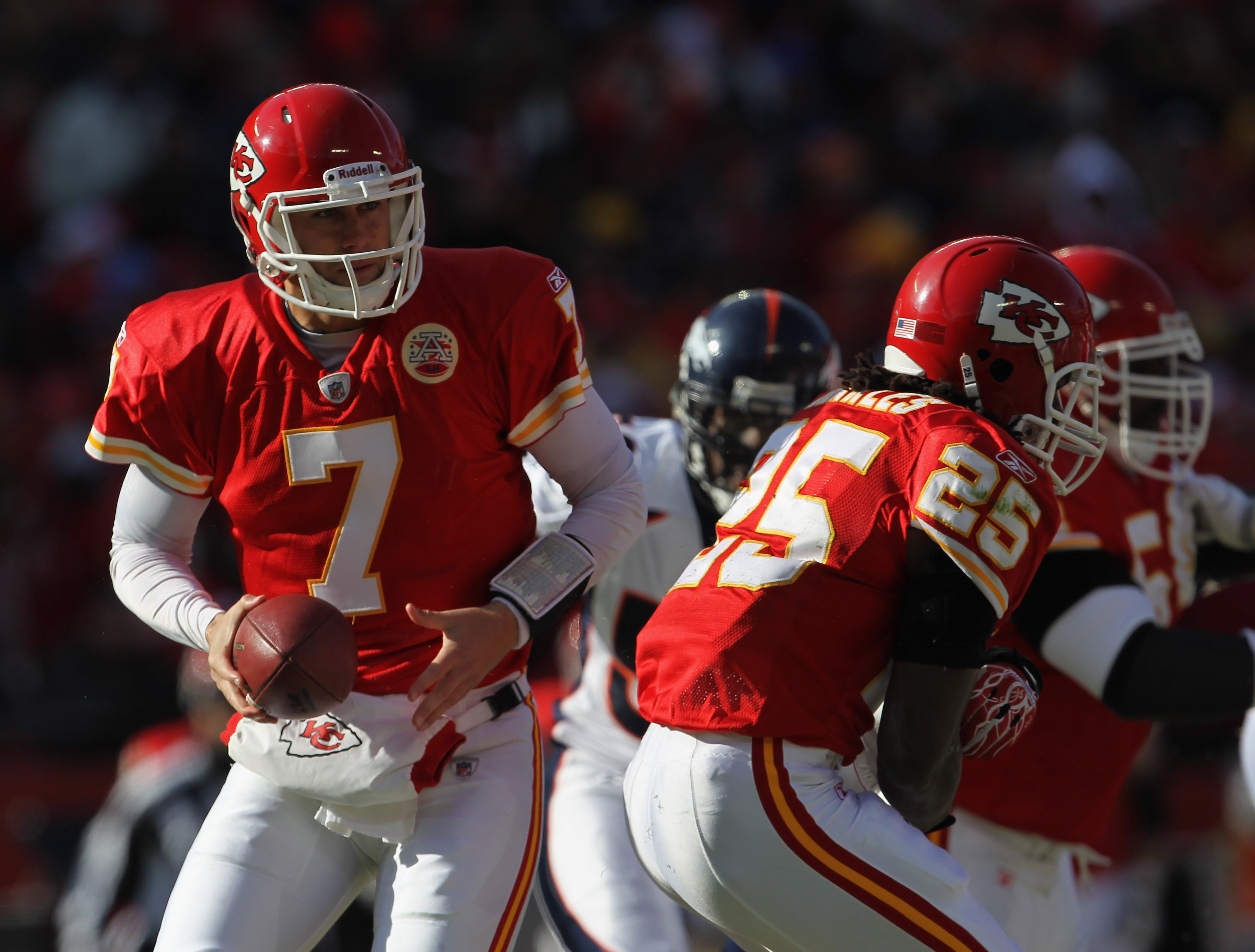 To answer this question, let's take a look back at what grabbed my attention in the first place.

The next 158.3 rating went to Sonny Jurgenson in 1965 after the quarterback completed 12 of his 14 passes for 195 yards and three touchdowns.

Well, Passer Score gives Ryan a 280.16 while Jurgenson receives only a 190.42. Both incredible games, but it distinguishes the level of greatness. In fact, Ryan's game produced the highest single-game Passer Score of all-time.

To prove the point further, let's throw in one more game where the quarterback received a 158.3 passer rating.

In 1994, Craig Erickson completed 19 of his 24 passes for 313 yards and three touchdowns. While his passer rating was still 158.3, his Passer Score was only 137. That's a pretty sizable dip from 280.16. Erickson's 137 PS is actually the lowest Passer Score of any game that the passer rating calls perfect. 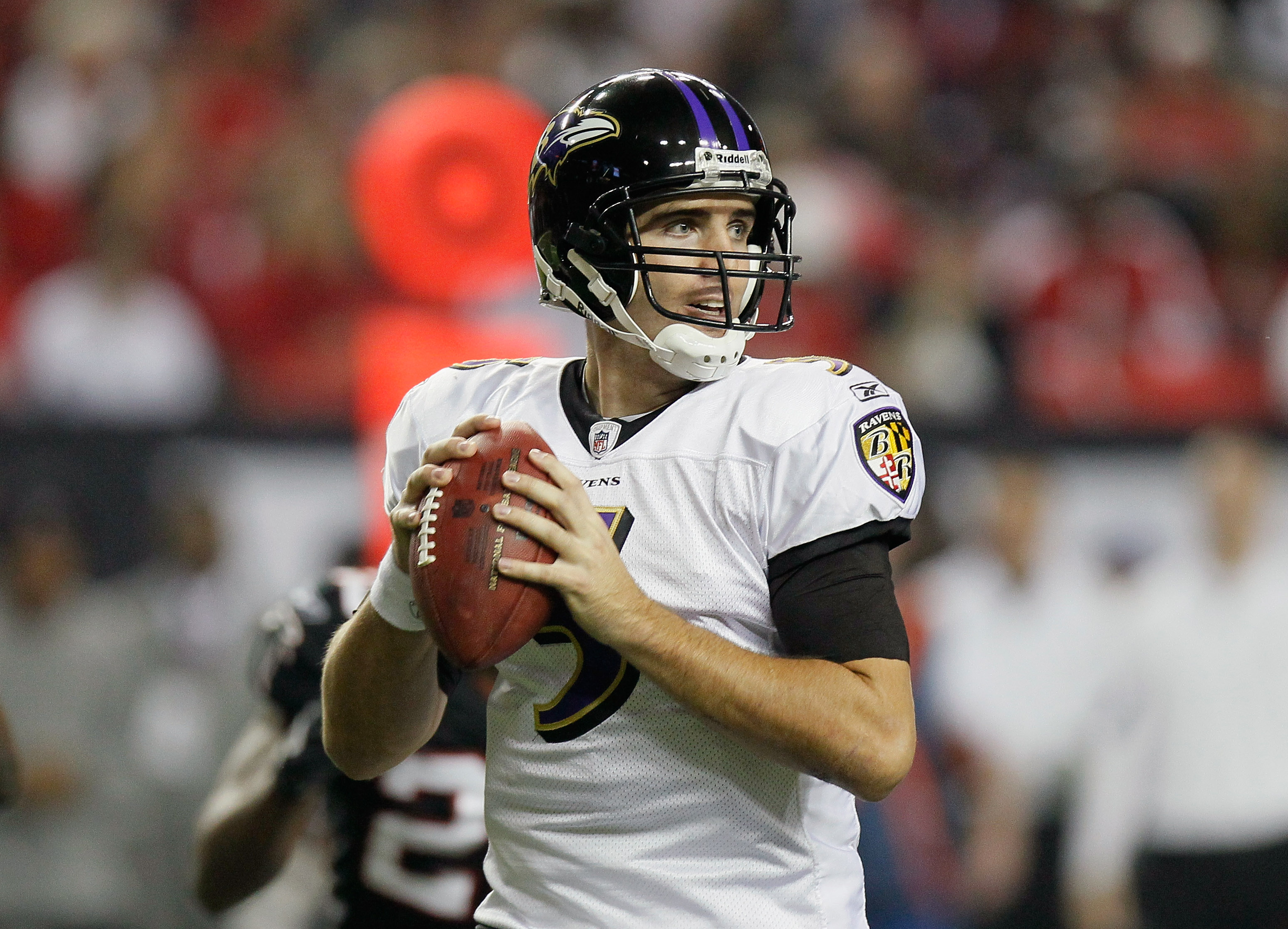 While the calculation involves slightly more complicated numbers because of the decimals, Passer Score is a much more accurate assessment of quarterback performances than passer rating.

It allows for negatives, gives benchmarks that the general public will understand, and distinguishes between the elite games and seasons in a way that passer rating can't.

At this point it's only a pipe dream, but hopefully this new statistic will eventually catch on and be popularized.

I'd love your feedback, criticism and support. Feel free to tell people about it and even start using it in your own evaluations.