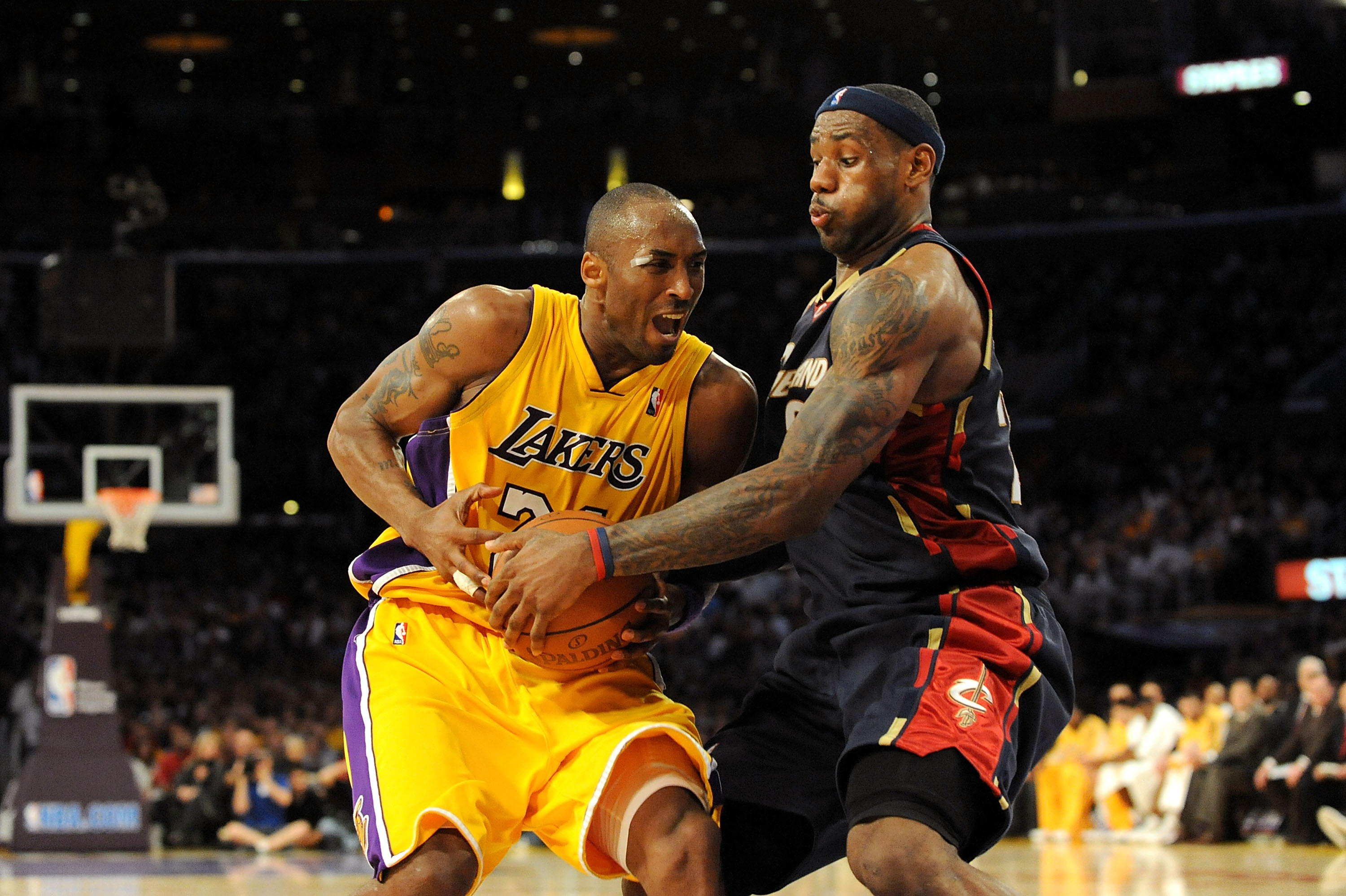 And a lot has changed since then.

In the East, the Boston Celtics are stepping on opponents like the Jolly Green Giant and the Orlando Magic have blown up their team in favor for a more offensively favored lineup to help defensive monster Dwight Howard fend off the Heat.  The Chicago Bulls are also a force when all their stars are in the starting rotation.

In the West, the Dallas Mavericks and San Antonio Spurs are looking better than the Lakers as they steamroll over their competition with cold precision.

Indeed, the Lakers and the Heat have much more to worry about then themselves because just making it out of their own conferences will be a major challenge.

Unless change starts happening for the Lakers and the Heat, a Christmas day showdown between rivals Kobe Bryant and Dwayne Wade will not in anyway shape or form be a preview to the NBA Finals.

Although watching Wade challenge Kobe for SG supremacy in the NBA will be exciting, to say the least.

The Lakers’ and Heat’s Center Position is a Total Crapshoot 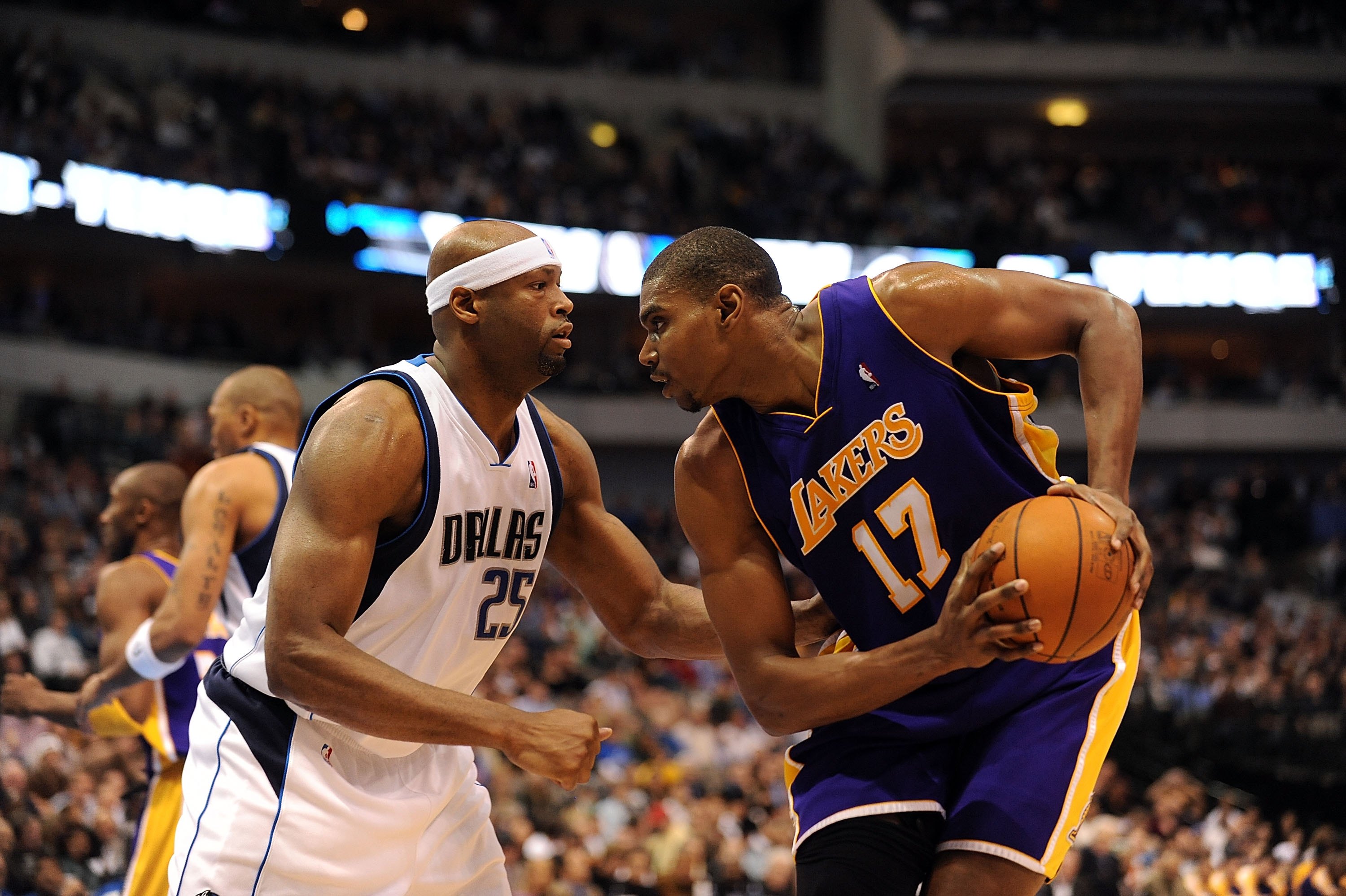 Unfortunately for the Lakers, Andrew Bynum will most likely be shut down for the much anticipated Christmas day matchup with the Miami Heat and for the foreseeable future.

“Bynum said following Monday's practice that he felt the same soreness in his right knee he felt Sunday, as well a ‘sharp pain,’ ” - The LA Times reports

To add to L.A.’s center woes, Theo Ratliff suffers from knee tendonitis, Derrick Character is too green and Pau Gasol is not a center but a power forward.

The Heat attempted to plug their gaping hole at center by signing free agent Eric Dampier and since his signing, Miami has run off an impressive twelve game winning streak.  Not only has Dampier impressed earlier than anticipated, but Z and Joel Anthony have both stepped up their games.

But Center Tyson Chandler of the Dallas Mavericks exposed the Heat’s glaring weakness against elite teams like the Mavs and the Celtics, and with Bynum out for Christmas, the Heat are off the hook.

Will Bynum give the Lakers a dominant facelift by being ready next year in a potential finals preview between these two teams?  Both Bynum’s and Gasol’s size and skill-sets really makes L.A. a difficult matchup and could prove to be the Lakers most valuable asset if they can finally put that combination together.

Lakers Are Playing Lethargically and the Heat are Rejuvenated 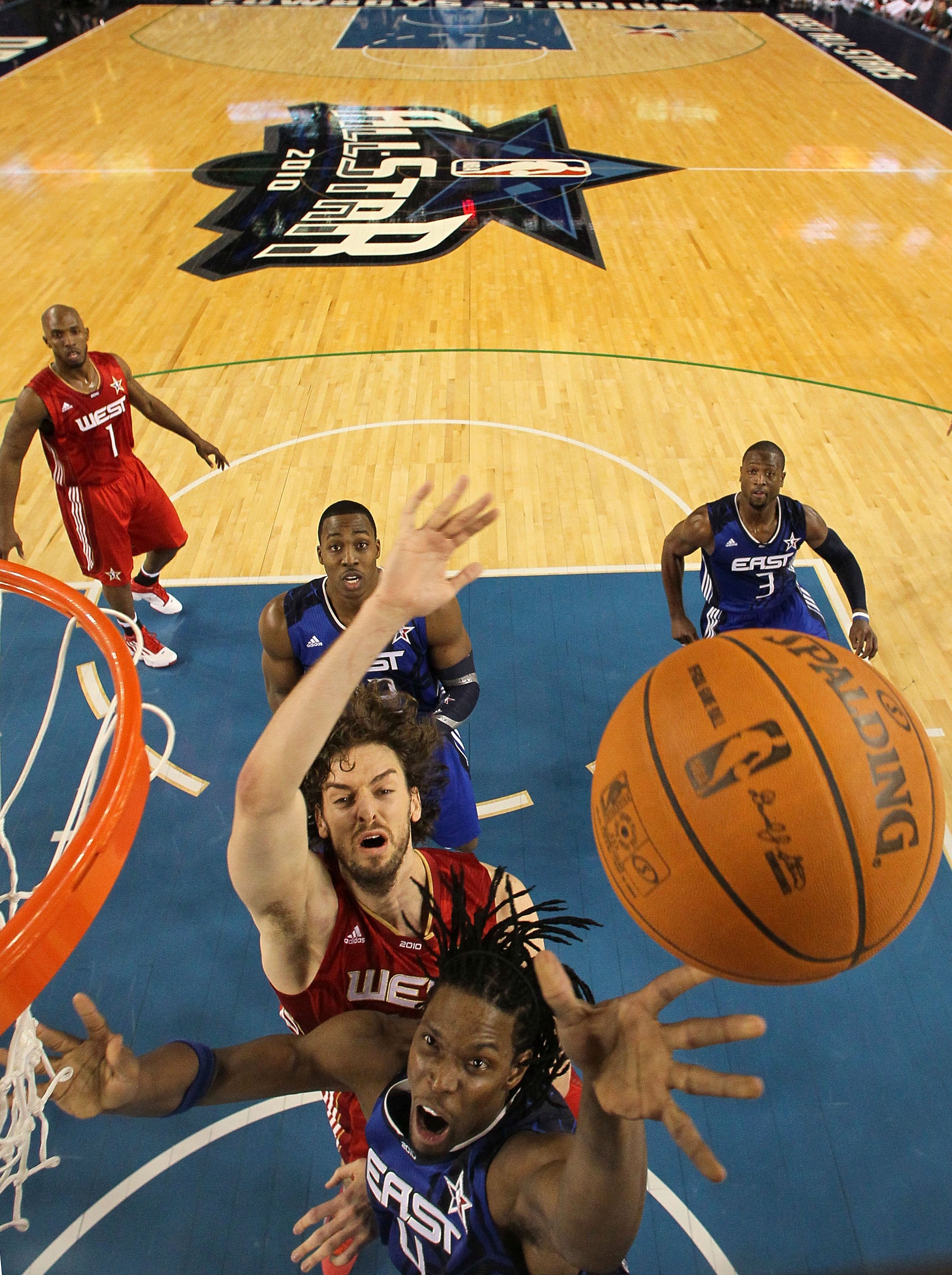 The Lakers are a respectable 8 -2 in their last ten games since losing four straight games for the first time in years.   But examining that schedule shows that only the Chicago Bulls (a loss) were a top ten team and the remaining nine opponents are bottom feeders, most not even in the top twenty in the league.

The Lakers play including their wins has been laced with sluggish and disinterested play as was evident during their latest loss to the Milwaukee Bucks.

The Miami Heat’s offense has largely improved through a newly found synergy among the entire team, including their big stars and it was very evident during their 12 game win streak.

The Heat are showing much more energy and are much younger than their Lakers counterparts.  Can the Lakers revitalize themselves in providing us with a finals preview on Christmas day?

Probably not because win or lose, the Lakers are exhausted and need to rest.  The most fatigued Laker is Pau Gasol who is being run into the ground by Phil Jackson because of the precarious situation at the center position.

Without rest and with the Dallas Mavericks and San Antonio Spurs lurking, there will be no three-peat.

Lakers Have No Defense, the Heat Have One of the Best 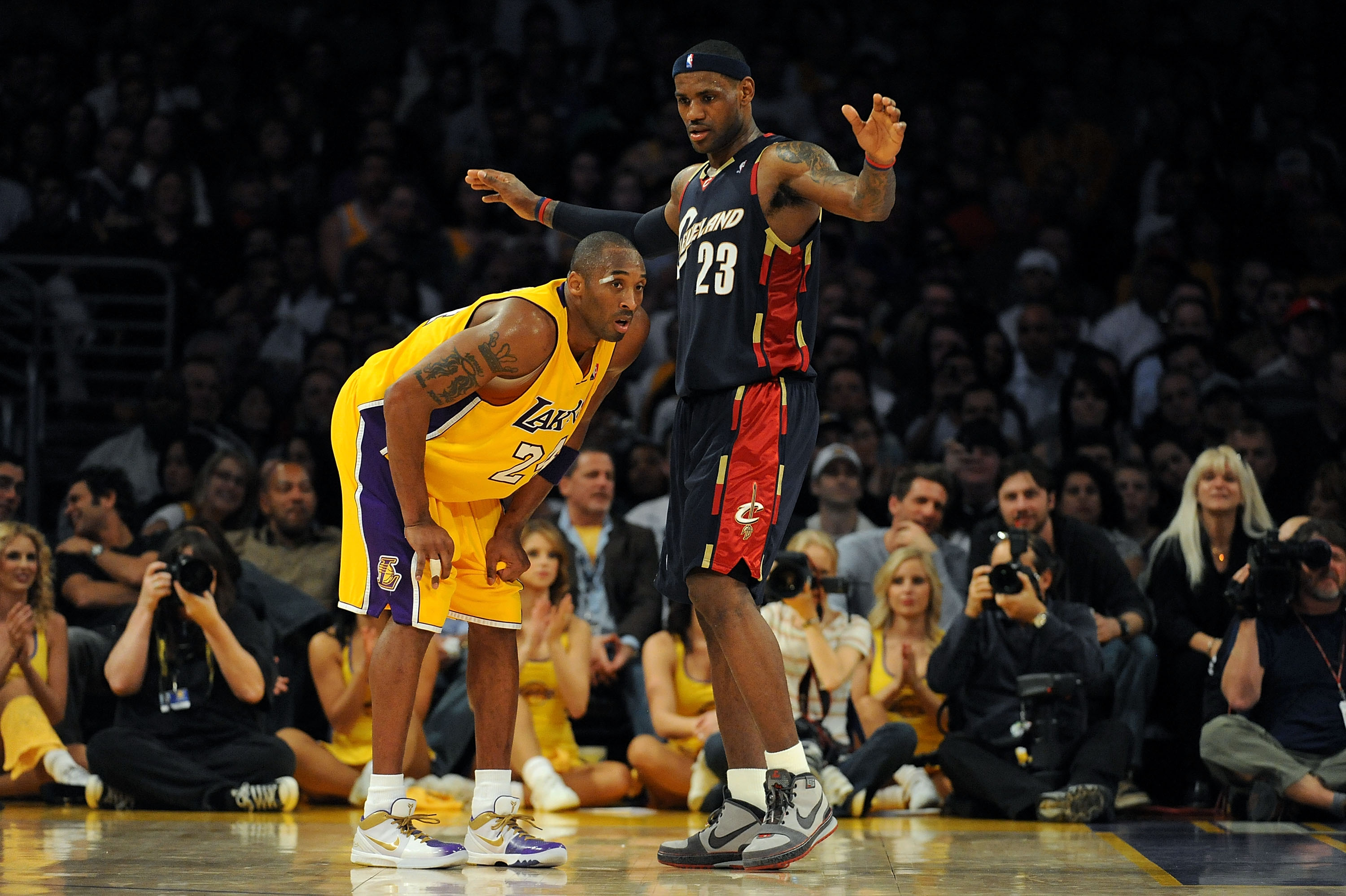 Last month the Lakers were playing both offense and defense like the Harlem Globetrotters.  In the past three weeks however, you could see the Lakers offense slowing down as lethargic play replaced this once gazelle like team.  The thirty year old starters took great pride in running up 100 plus point marathon sessions and have seen their large margins of victory shrink as reflected by their lethargic play.

So the offense is no longer Harlem Globetrotter like which is not a good thing because their defense still embodies the same style of the magicians of basketball.

There is no question that the Lakers could be a league leading defensive team, yet that goal seems to be a low priority.  With two of the best lockdown defenders in the game in Ron Artest and Matt Barnes makes their defending nonchalance confounding.

The knock against Artest is that he is not living up to his offensive expectations.  If the Lakers were to incorporate a serious defense into their game plan, you will see Ron-Ron come around on offense too.

The Heat on the other hand do take their defensive game seriously.

“According to Synergy Sports Technology data, the Heat allow only 83 points every 100 plays when teams engage in their half-court offense. That’s the stingiest rate in the NBA (the average team allows 90 points on average). The Heat don’t have a basket protector like Dwight Howard or Andrew Bogut to anchor the defense, but Miami makes up for it through airtight help defense, by plugging pick-and-roll attacks and by discouraging dribble penetration. If teams manage to get to the basket, they have to shoot over Ilgauskas' or Erick Dampier’s outstretched hands. Or a block by Joel Anthony. All told, opponents are missing 42 percent of their layups at the basket against the Heat, the highest misfire rate in the NBA.” – ESPN

If the Lakers don’t start playing defense, there will be no Three-peat.

Will Kobe Bryant Share His Toys On Christmas Day? 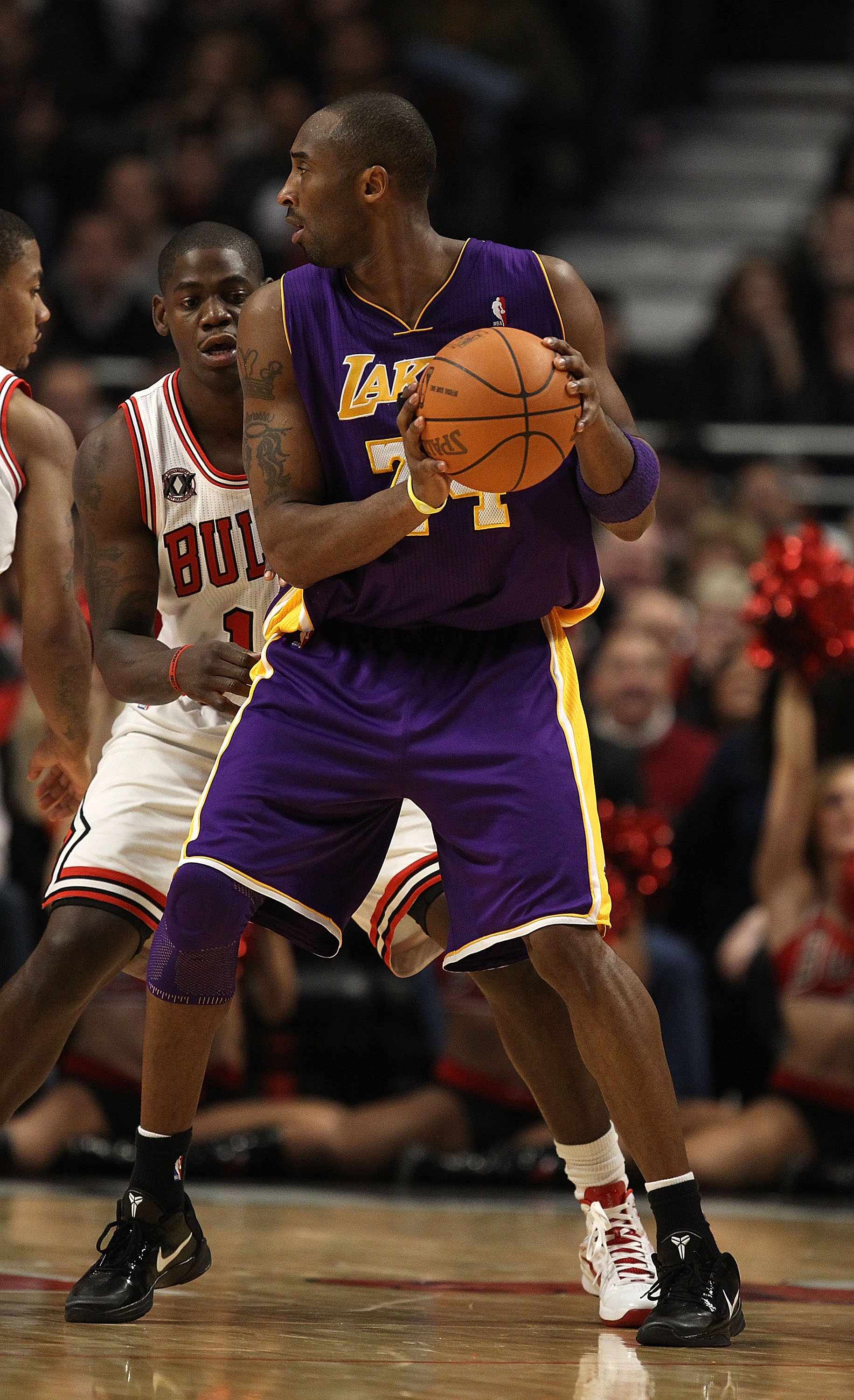 The Lakers are such a talented team that, to someone who watches them from outside of L.A., it’s hard to imagine that Kobe can just take over a game and turn his extremely capable teammates into mere bystanders.

Bryant is averaging 33 minutes per game, yet decreasing his time on the floor and increasing his resting opportunities might be the prudent choice in keeping this stellar performer fresh for the playoffs, considering both his recent knee operation and his age.  What’s more?  Bryant all of a sudden has a surging backup shooting guard in Shannon Brown who has taken his own game to another level.  Brown is so explosive it’s scary, and he needs the extra minutes to prove his worth to the Lakers.

Kobe is also leading the NBA with 568 shot attempts, yet his 44.9 FG% ranks eighty-seventh in the league and where fellow Lakers’ starters Lamar Odom is ranked second and Pau Gasol is ranked twenty-third in the exact same category.

The following excerpt from espn.go.com (one month ago):

"The Los Angeles Lakers might have to learn that a little less Kobe Bryant may go a long way this season.

On Tuesday, Bryant scored 29 points but it took him 25 shots to get there in a 98-96 loss to the Memphis Grizzlies. During the Lakers current three-game losing streak, Bryant has attempted at least 20 shots in each game and has averaged 26.3 FGA per game.”

Statistically speaking, Kobe Bryant sharing the ball and shooting less will increase the Lakers' chances of beating the Miami Heat on Christmas day.

Will Lamar Odom Be the Glue That Holds the Lakers Together? 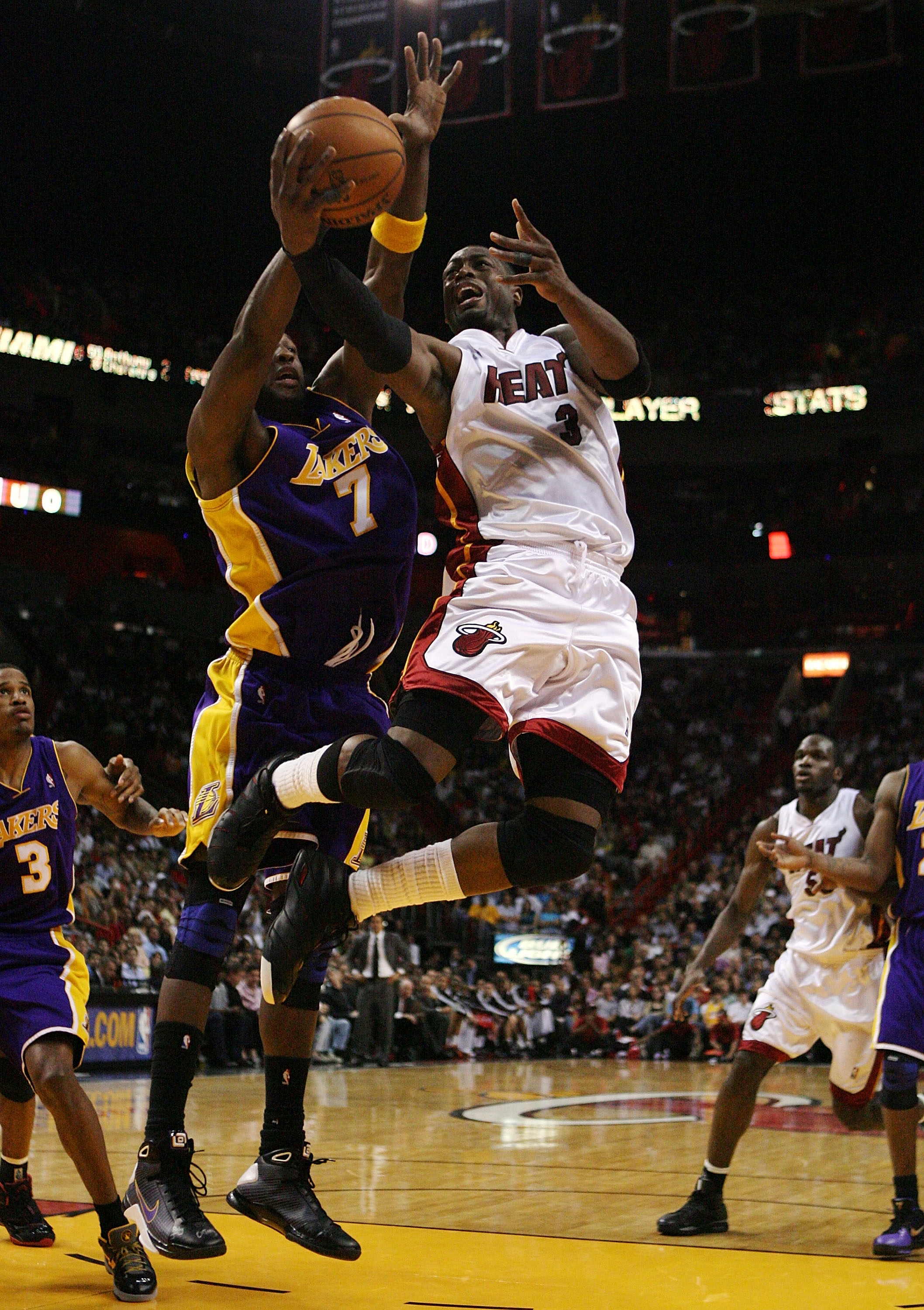 Have you ever heard that saying, “if it ain’t broke don’t fix it”?  Nothing could be truer when applied to the Lakers’ Lamar Odom.  He has been without a doubt the most consistent Laker and is putting up workhorse like minutes as the starting PF in a breakout year for him.

Odom has also become, without a doubt, the most underrated starter in the game today.  His numbers are excellent.  In 29 games he has put up 15.9 points on 58.4% shooting, 9.9 rebounds and 3.3 assists in a little more than 35 minutes per game.

Odom is ranked second in the league in field goal percentage and his minutes as a starter are largely going unnoticed by Lakers’ fans.  In fact, fans from other teams would be salivating because not only are his numbers good, you can see that he’s being held back.

How will the battle of the power forwards go down with Odom pitted against the Heat’s Chris Bosh?  They will probably cancel each other’s performance out because of the lack of defense.  The Lakers show a low priority for playing defense and Chris Bosh is defenseless.

Will LeBron James and Dwyane Wade Continue to be Perimeter Men? 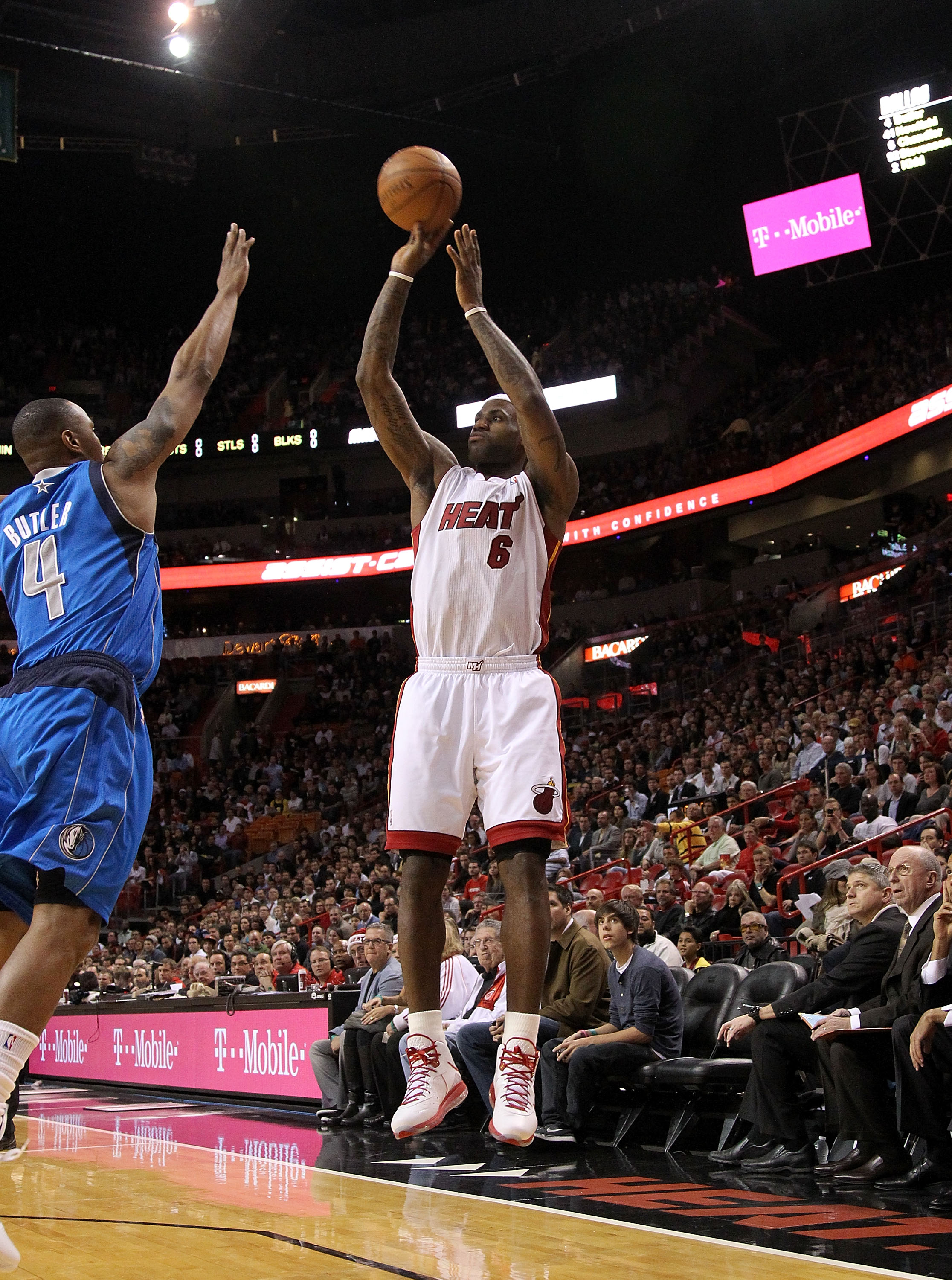 Three weeks of Miami Heat dominance versus mediocre teams for the most part ended with two games of utter stagnation and ill-conceived game plans.  The dominance reflected superior rebounding in copious amounts—the absolute and admitted key to the Heat’s success.  Yet, the Heat matched the Wizards with 44 rebounds and lost the battle of the boards to the Mavs 48 to 44.

One of the big questions going forward is: Why have two of the best finesse drivers in the league in LeBron James and Dwyane Wade transformed into perimeter men?

The Dallas Mavericks gave the Heat's offense fits placing them into a discombobulating mess by blanketing them with a zone defense.

The Lakers are certainly capable of doing the same.

Perimeter men will not make it to the NBA finals, no matter what happens on Christmas day.

Can the Miami Heat Beat an Elite Team? 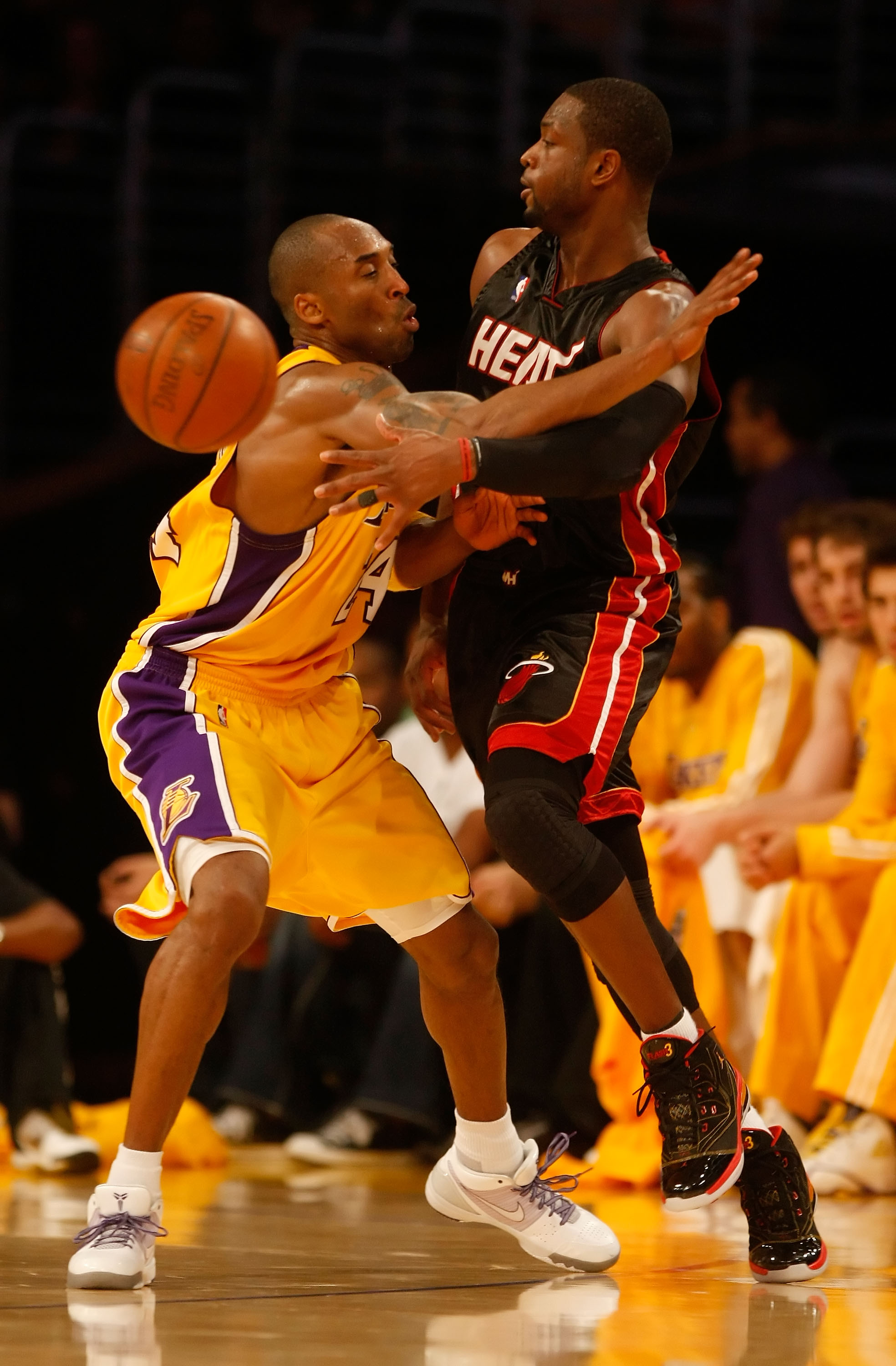 No matter how sluggish and disinterested the Lakers are at the moment, they are still an elite team.

The Miami Heat are 0-4 against the Boston Celtics and the Dallas Mavericks and have yet to face-off against the San Antonio Spurs and the L.A. Lakers.  These four teams comprise the cream of the crop of the NBA.

Christmas day marks the Miami Heat’s fifth test against one of these elite teams and failing the test will make them 0-5.

The Miami Heat have to start making inroads here and a good time to start will be against the Lakers.