What on Earth Is He Wearing?: Don Cherry's Top 10 Most Outrageous Outfits 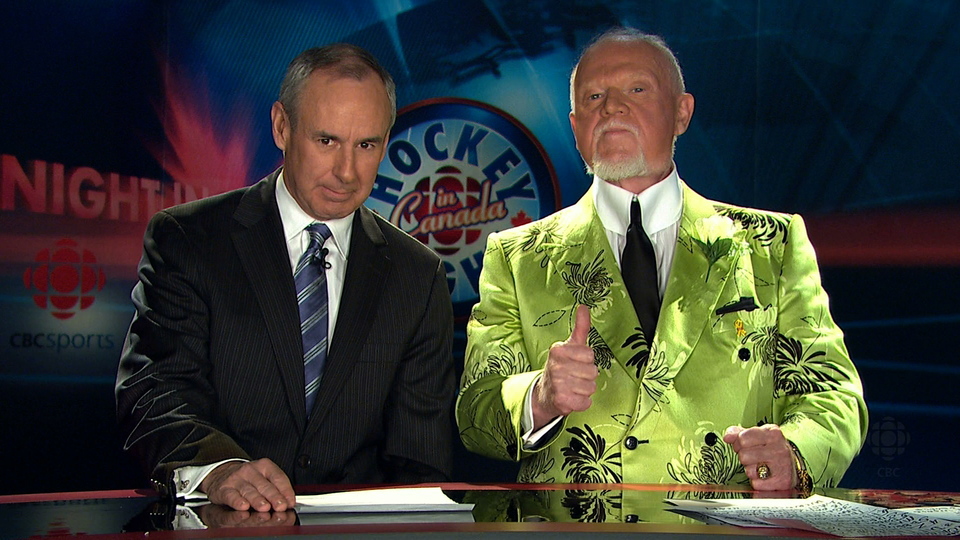 With a couple of terribly saddening hockey stories this week, I figured it would be a nice change to focus on something brighter. Now tell me, on a Saturday night of hockey, what is the one of the brightest things on television?

Yeah, I think we're thinking of the same thing. Or person, rather.

Don Cherry is a hockey legend. His hard-nosed outlook on the game is one that most hockey fans, specifically Canadians, absolutely love. However, his hockey expertise (or lack thereof, in some peoples' opinions) is not all he's known for. Some might say the ex-NHL coach has a "flair for fashion."

Suits, jackets, hats. All of these things are related to Grapes' interesting wardrobe. Cherry is largely recognized for his bizarre choice of clothing. The majority of his jackets look like like the offspring of a flower and a rainbow. Some of his hat choices are simply outrageous.

I will try my best to comment on each picture, but you must understand that some of these items of clothing leave me completely and utterly speechless. 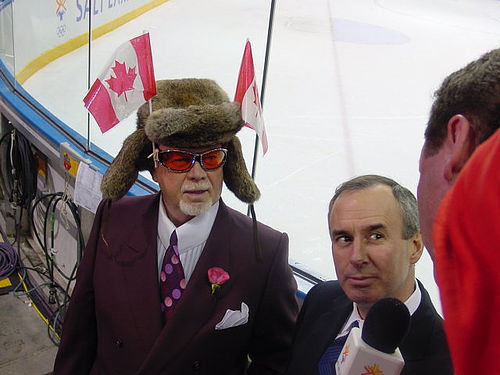 We'll start off with Grapes' hat. This headpiece shows Cherry's allegiance to Canada in a big way.

Personally, I am a fan of his glasses. 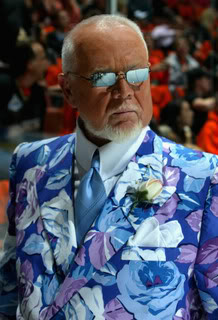 The glasses definitely make this one. Those shades combined with an abundance of blue-ish flowers make for one very strange outfit. 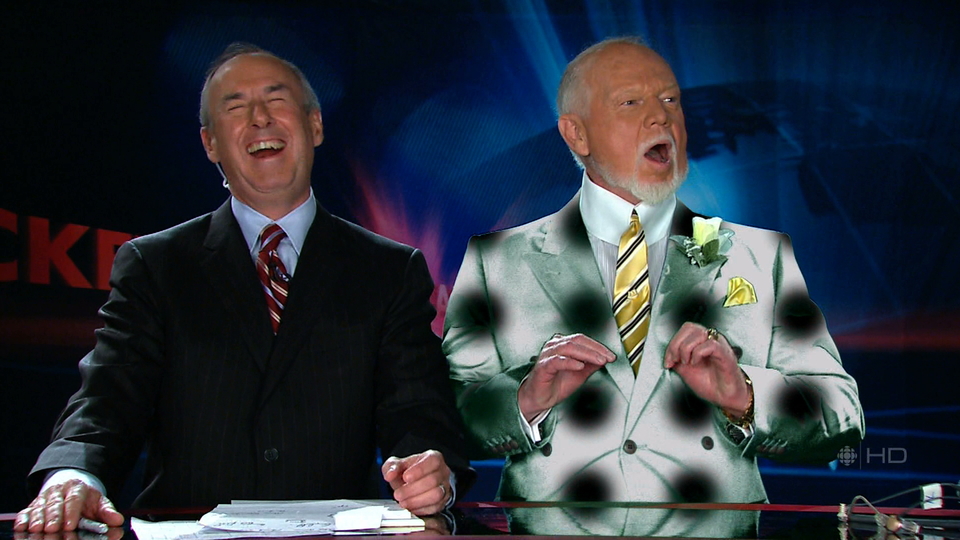 This suit reminds me of an optical illusion I've seen somewhere.

Anyways, it's just plain weird, almost to the point of confusion. The fading black dots almost look like miniature black holes or something.

The expression on Ron MacLean's face pretty much describes the jacket to perfection. 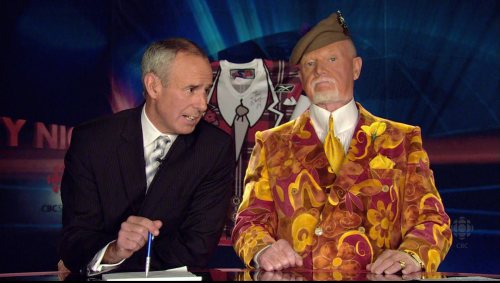 I'm not even really sure how to describe this one. I like the military hat, it's respectable.

However, I'm at a loss of words with that jacket. I think I see a flower in there, so we can start the count of how many jackets include a flower here. 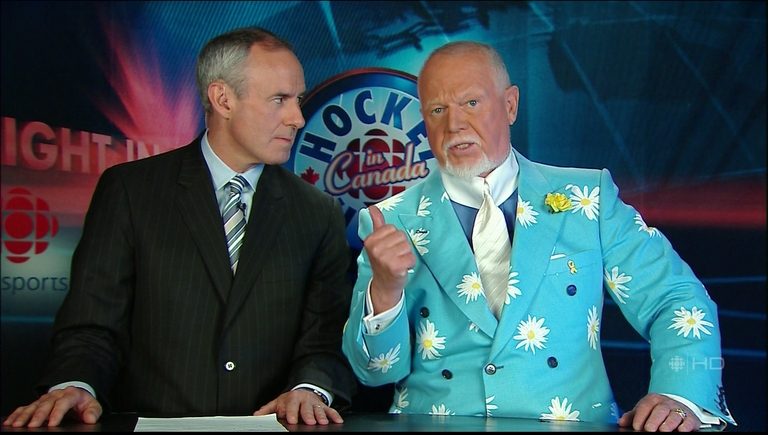 This one sort of looks like it was designed from the wallpaper in a baby's bedroom. From the turquoise to the flowers, everything is just looks funny. 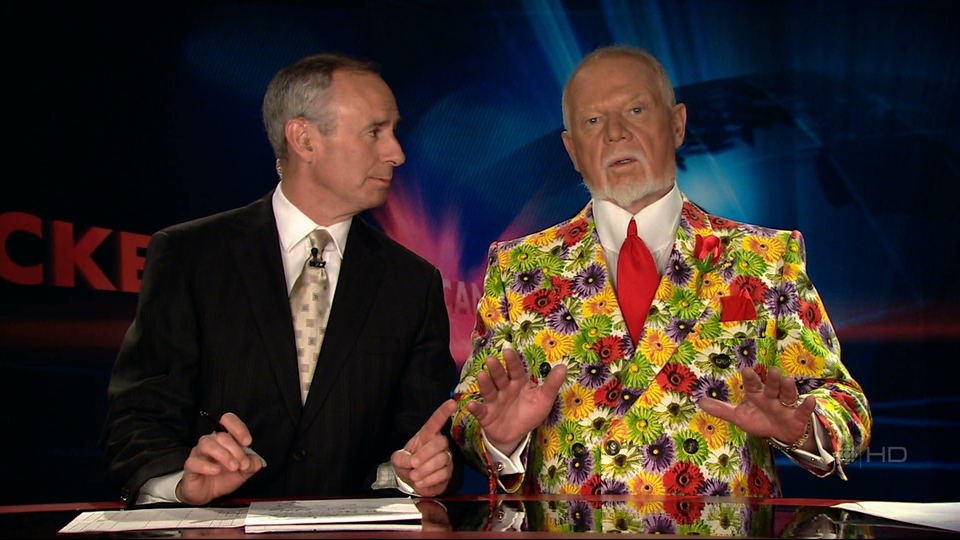 This jacket consists of green, yellow, red and purple flowers. So, not only is there a nauseating amount of fabric vegetation, we're also seeing half of the rainbow here. 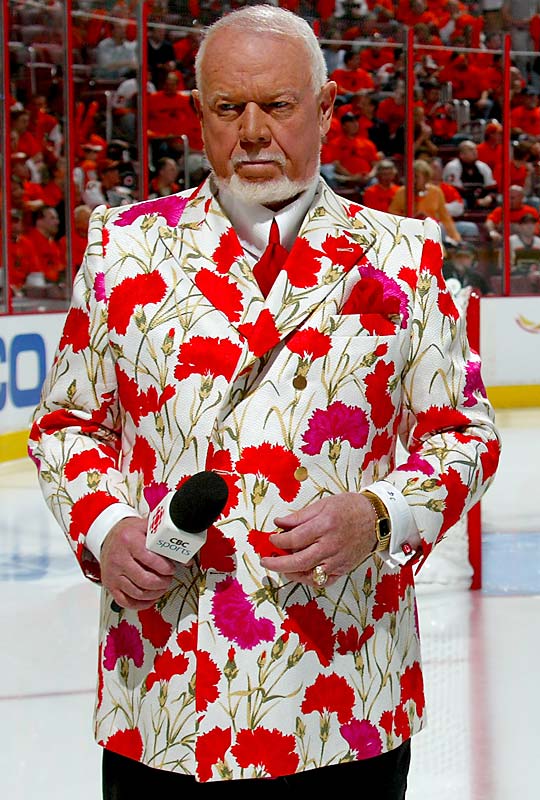 Many people consider roses to be the most beautiful flower of them all.

I urge those people to look at this picture, and then tell me with a straight face that roses are still so pretty.

5. Flowers and an Octopus 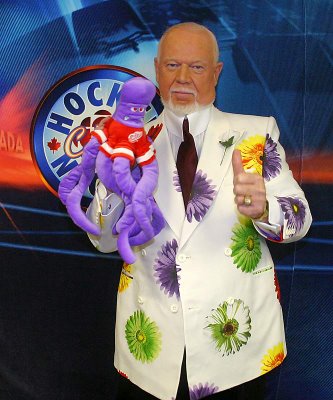 The sheer size of the plants plays a major part in the oddity of this picture. 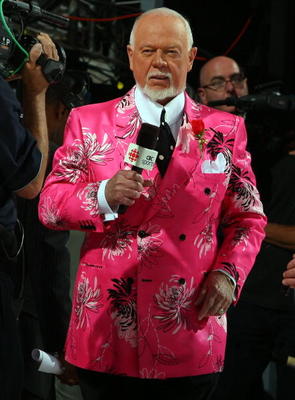 There is a whole lot of pink going on in this outfit. What I fail to understand is how he can keep a straight face while wearing it. 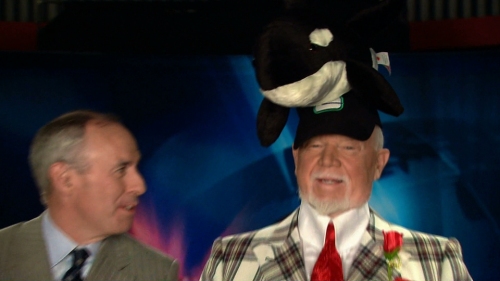 I'm not exactly sure if that's a whale or a dolphin, but we'll go with whale for the time being. That hat is legendary, no matter what species of aquatic animal it is.

Below the whale is a Vancouver Canucks hat.

You can't really see the jacket that well in this picture, but it's not as astonishing as the hat. Nonetheless, I included a better picture of it in the next slide. 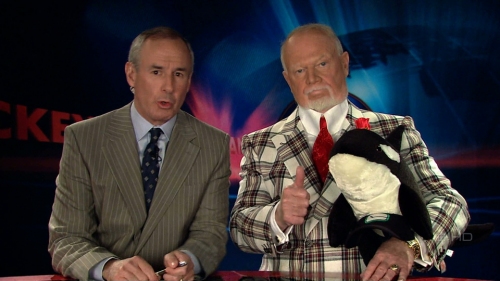 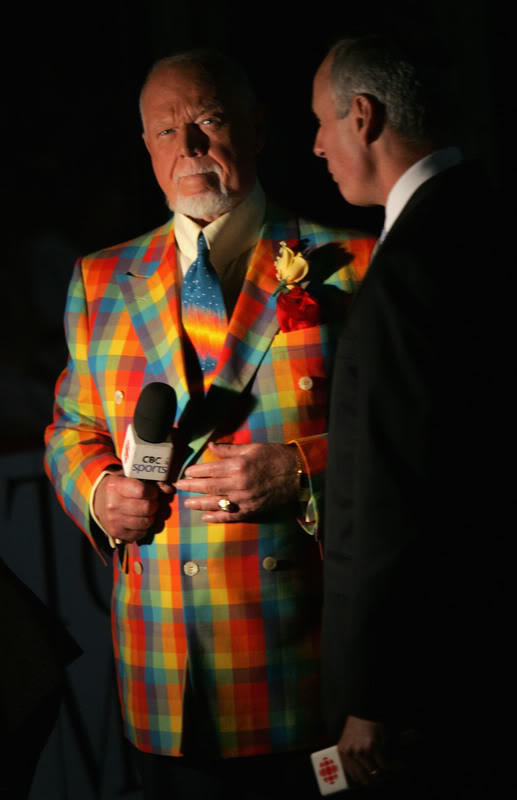 Awesome, no? I'm pretty sure this jacket boasts every colour of the rainbow, and then some. Even Cherry's tie is following the colourful trend. 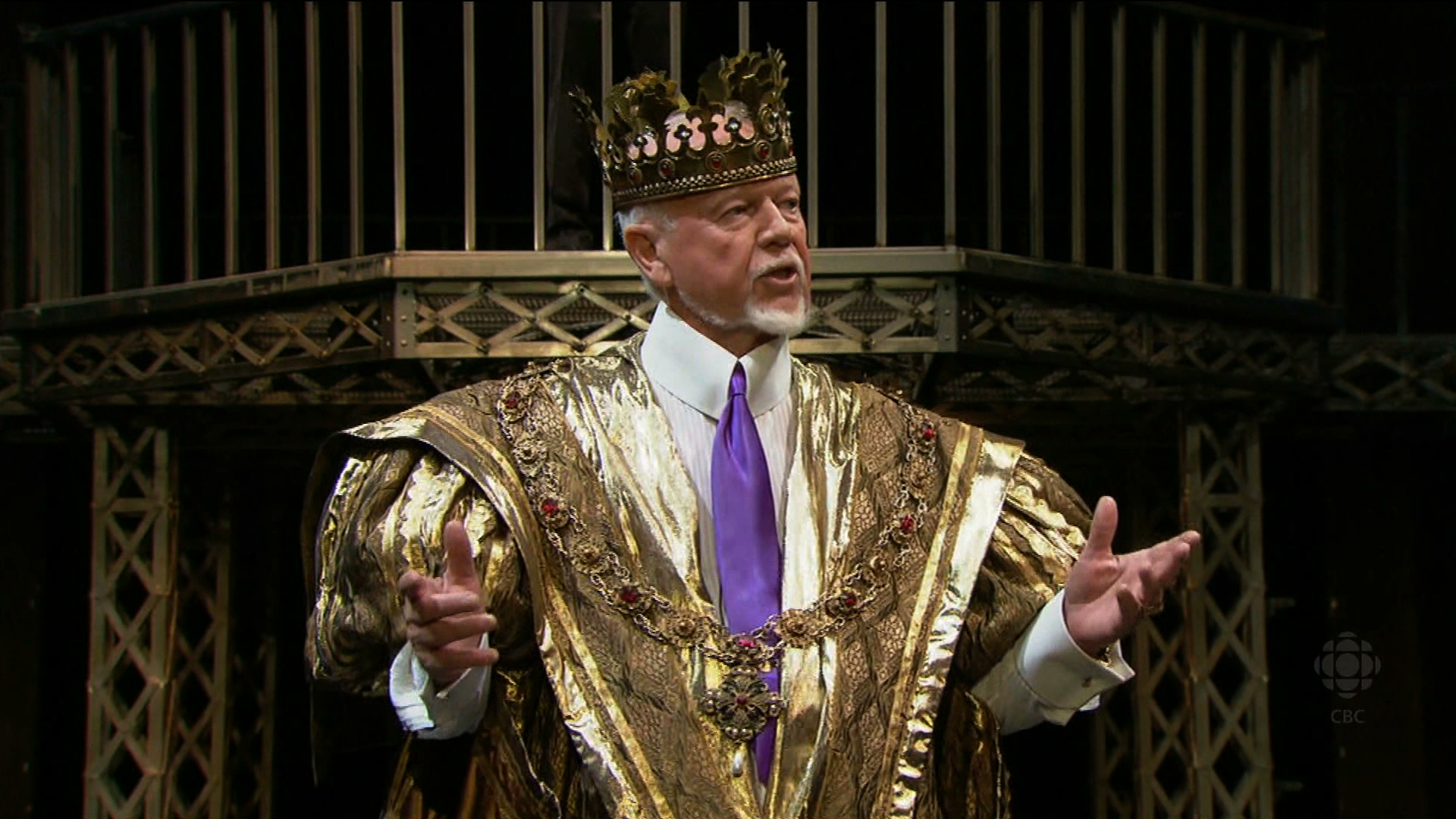 You simply can't argue with this one. The gold, the purple and the crown are just incredible...incredibly outrageous, that is.

Cherry flaunted this beauty last "Hockey Day in Canada" during the intermission of a Maple Leafs-Canucks game. Dressed in his Shakespearean attire, Grapes put on a speech about hockey in the city of Stratford.

It was a memorable intermission, to say the least.