Arizona Cardinals: Five Changes To Save Their 2010 NFL Season 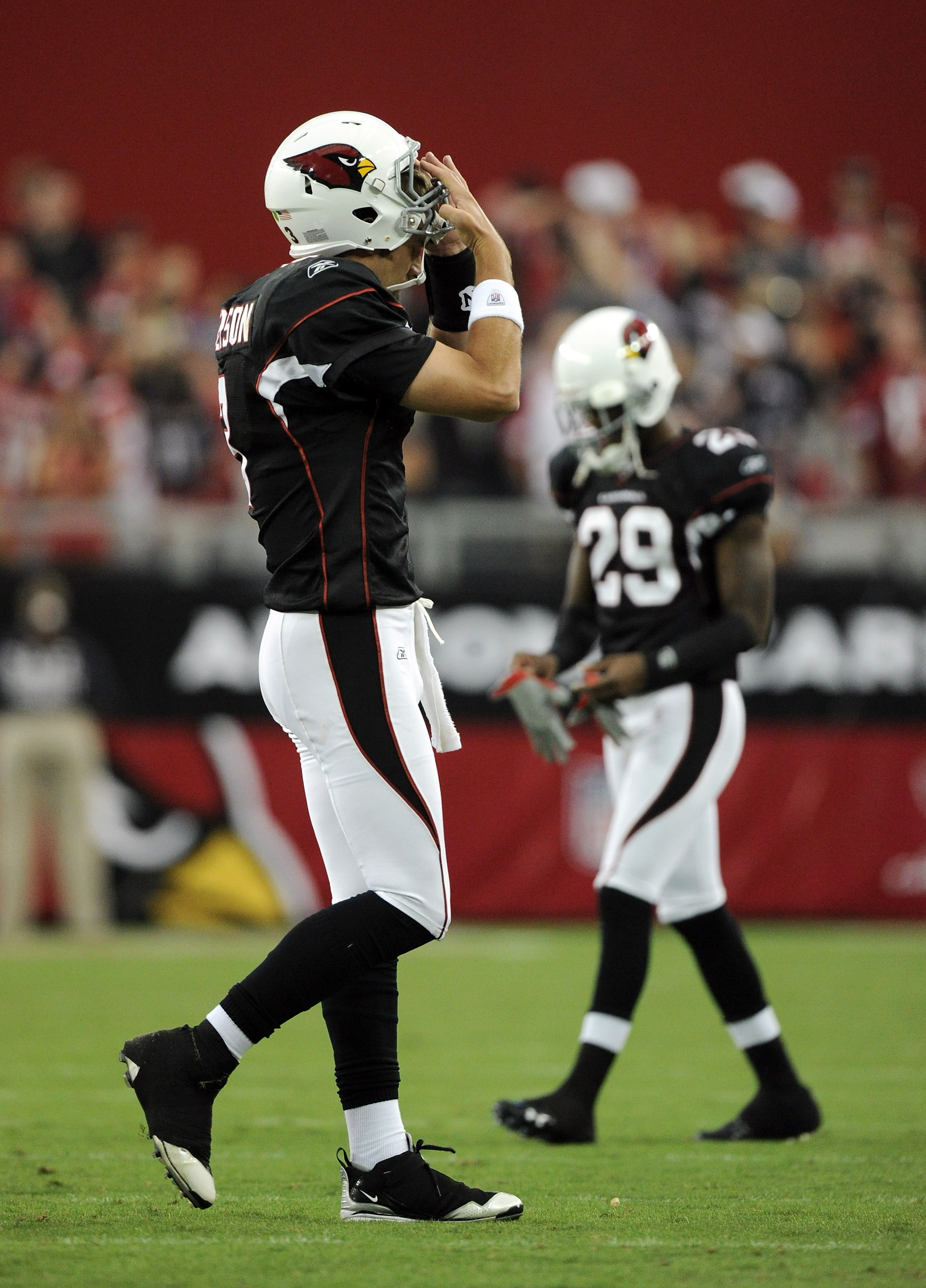 This past Sunday's game had to be one of the most bittersweet games I've ever seen.

Forget it being a game. It was a roller coaster.

The Cardinals go down big. They get the lead. They lose.

Anyone else sick of it?

I'm a natural pessimist that's being very optimistic all season, but in a season where the NFC West is there for the taking, the Cardinals have been extremely frustrating to watch.

So while I usually do 10 things we learned from the game, I figured I would do something else, since the things we saw in that game are the same old problems for this year's Cards.

So Coach Whisenhunt, you reading this?

1. Stick With One QB 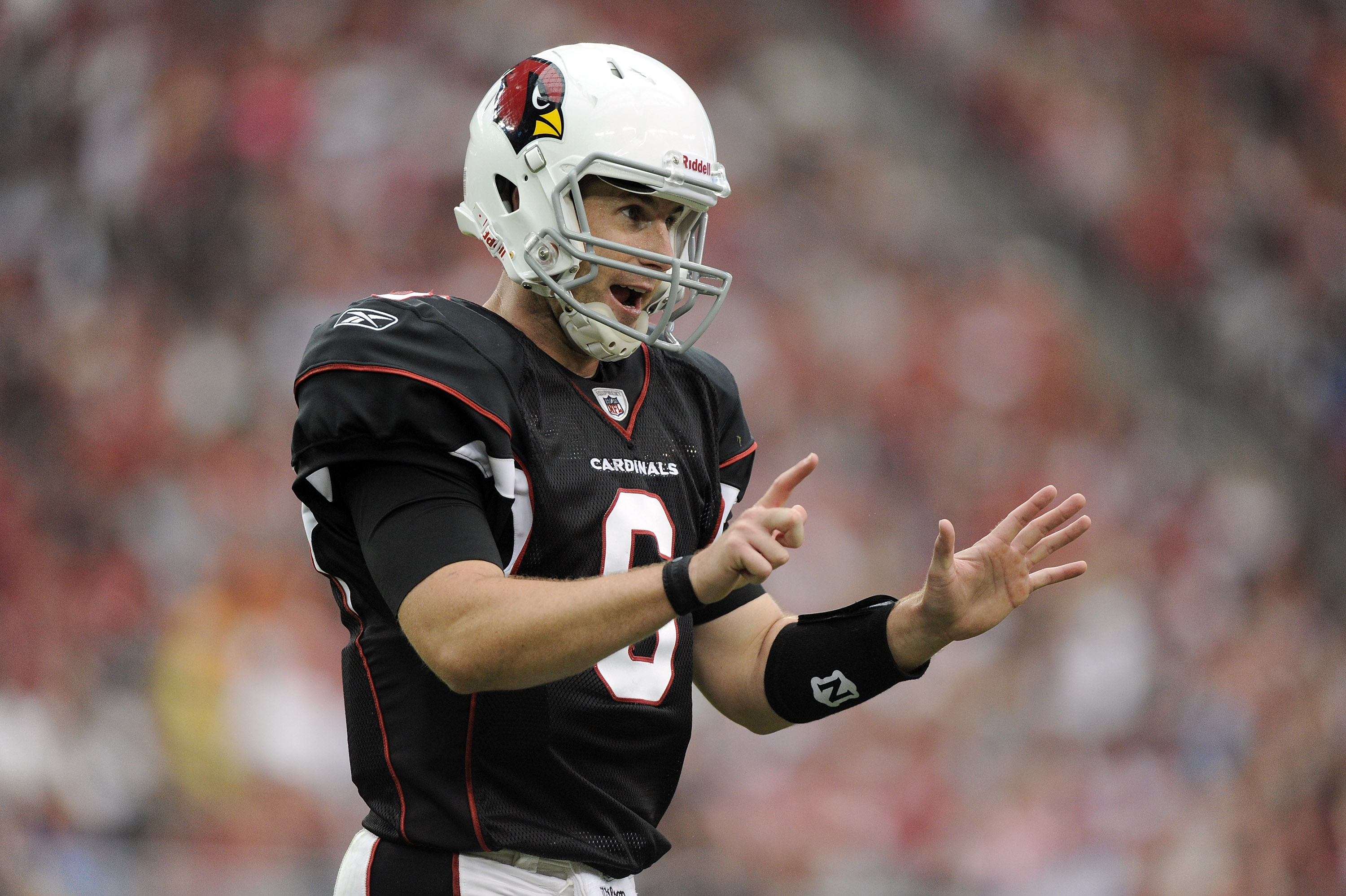 Before I begin, I want to say one disclaimer to this change: if the Cardinals tank, they need to play John Skelton ASAP.

There I said it.

Oh...well, I've got many beefs with the decisions the Cardinals are making these days, and this is one of them.

No one is being helped by you playing one QB then the other.

It's not that hard.

If the Cardinals continue to flip flop QBs, they will not win many more games (they may not anyway).

If you're asking me, I say go with Hall. His two inteceptions against Tampa Bay were rookie mistakes that he can learn from.

So here's my advice Whizzy: Start Max Hall. Don't sit him, barring injury. If you continue losing, like say the next three games, play John Skelton. 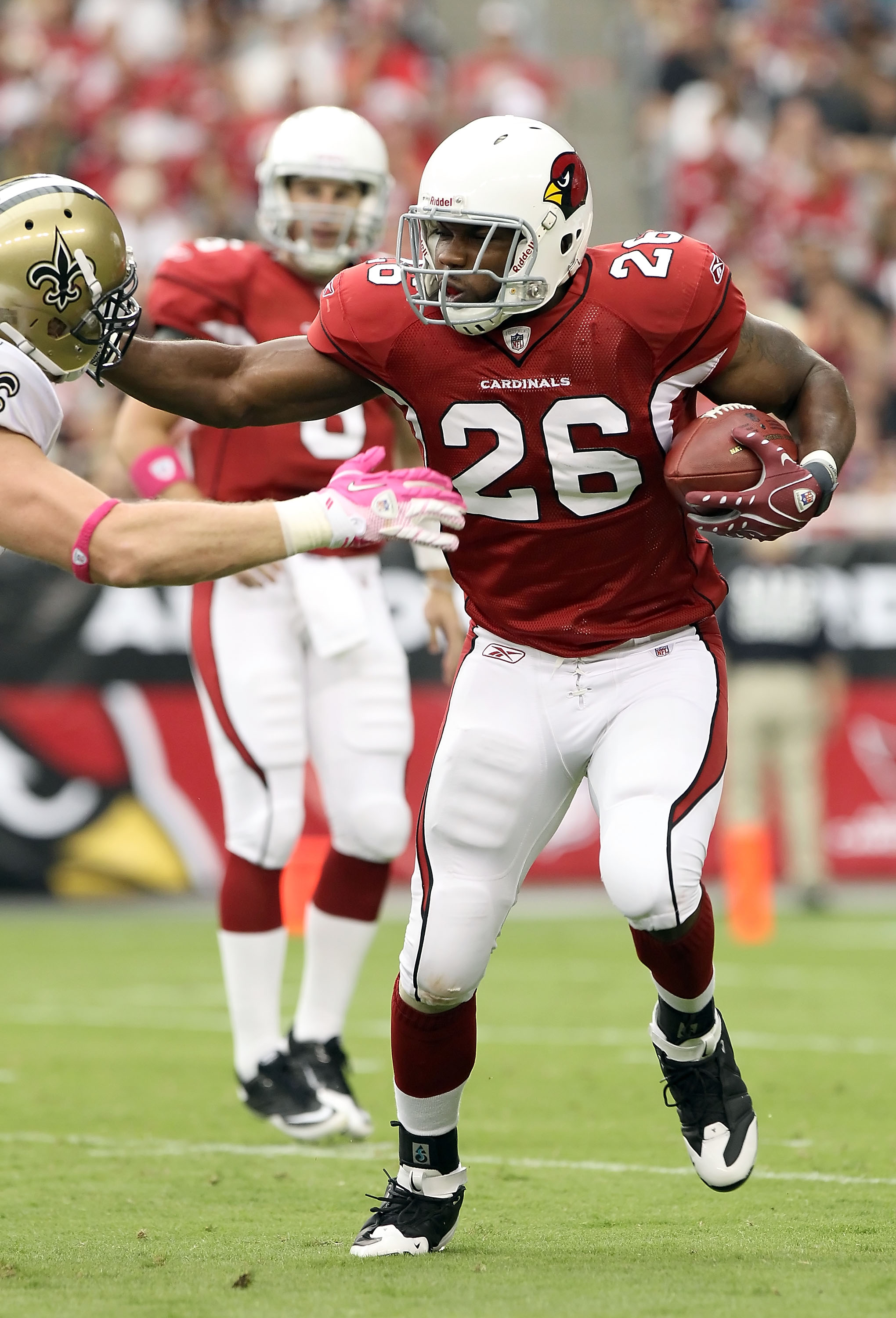 I'm going to say this until I'm blue in the face aren't I?

As I said last week, neither of these QBs is Kurt Warner.

So change the playbook. Now.

Whisenhunt has done a great job of playing the hand he's been dealt so far in his tenure. He was dealt Kurt Warner and some great receivers, so he threw more.

Now, even though he doesn't realize it, he's been dealt a pretty good set of backs, and a bad set of QBs.

It doesn't take a rocket scientist to figure this one out.

Need an example? Sunday for starters.

The Cards ran the ball 24 times compared to 40 throws. Where did all the turnovers come?

While we're on it, you have first and ten with just over two minutes to go, and you have Derek Anderson at QB, and you pass it again?

Why not take some time off the clock? So the Bucs don't get it back and score?

Why risk the interception when a field goal will tie it?

Sure, you have to go for the win, but let's be smart with the ball why don't we?

3. Do Whatever It Takes to Get Pressure On The QB 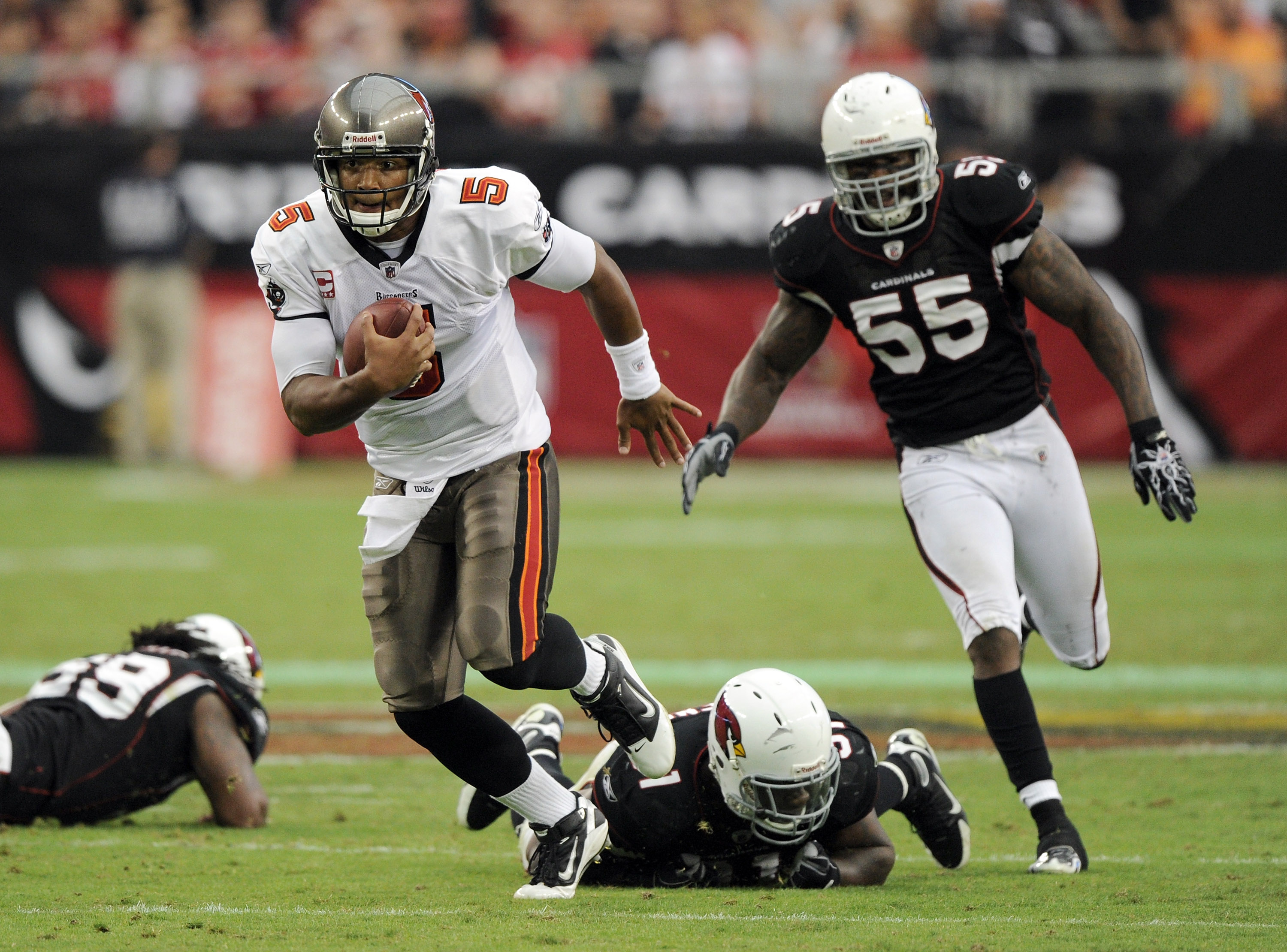 Look, we've all figured out by now that the Saints game, in which the Cardinals defense stepped up, was a fluke.

That same Cardinals defense was shredded by a mediocre offense team on Sunday.

And the previous week, the defense played much better against a mediocre offense team.

Because they got to the QB.

Arizona should have been able to Sunday, given the fact that Tampa Bay's O-Line was patchwork.

But other than two sacks, they gave Josh Freeman all kinds of time to throw.

I honestly wouldn't be nearly as upset I am if we didn't have the personnel to do it. We absolutely do.

Has anyone heard from Darnell Dockett? Calais Campbell? Joey Porter (other than his sack Sunday)?

Change your blitz schemes. Don't be so predictable and send Adrian Wilson every time. Don't blitz your slow inside linebackers.

I don't know what the solution would be. But I do know something has to change.

So Coach Whizzy: Figure it out. Pronto. 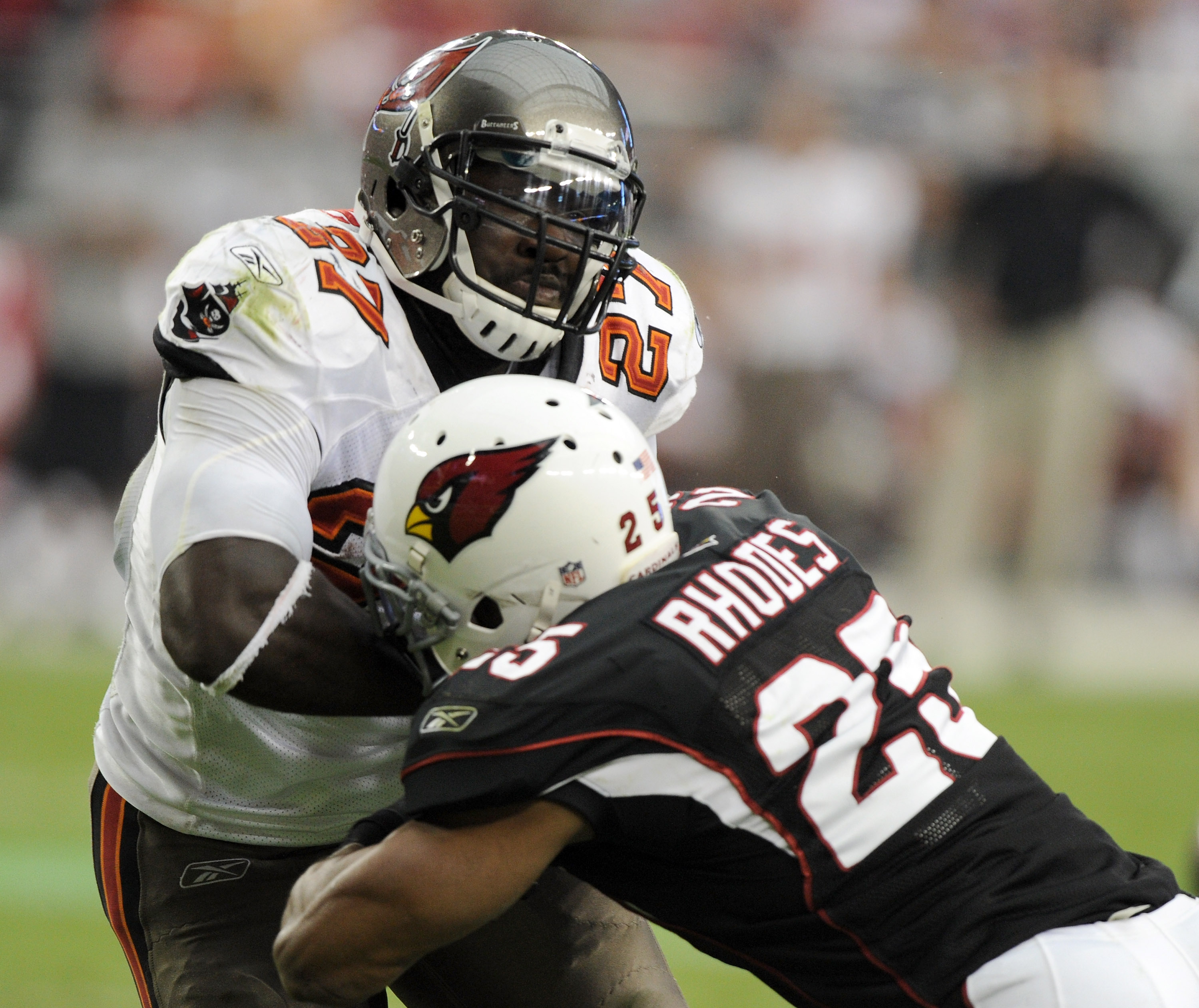 Sometimes I think the Cardinals run defense is going to dominate the game. Like the first quarter against the Bucs for instance.

But then it's almost like they stop trying. Or they get cocky. Something. I'm not really sure, but the light goes off, and the opposition is busting off easy runs left and right.

For example, the 48 yard run at the end of the game by LeGarrette Blount could have been prevented. There were a few Cardinals with a chance to tackle him.

Now, I'm not a pro player, and I know it's harder than it seems, but could it be that hard to just tackle him?

One play later, the Cardinals stuffed Blount for a yard loss.

The thing that blows my mind is that they knew it was going to be a run. And yet it was still a huge gain.

I don't know what the solution is. Getting back Gerald Hayes should help.

Maybe they could just focus on not giving up big runs. Maybe not try to make so many tackles for loss.

It does seem like either the Cardinals tackle the runner for a loss or short gain or they get seven or more yards.

So Coach Whizzy: Get with Bill Davis, and set a plan of attack. 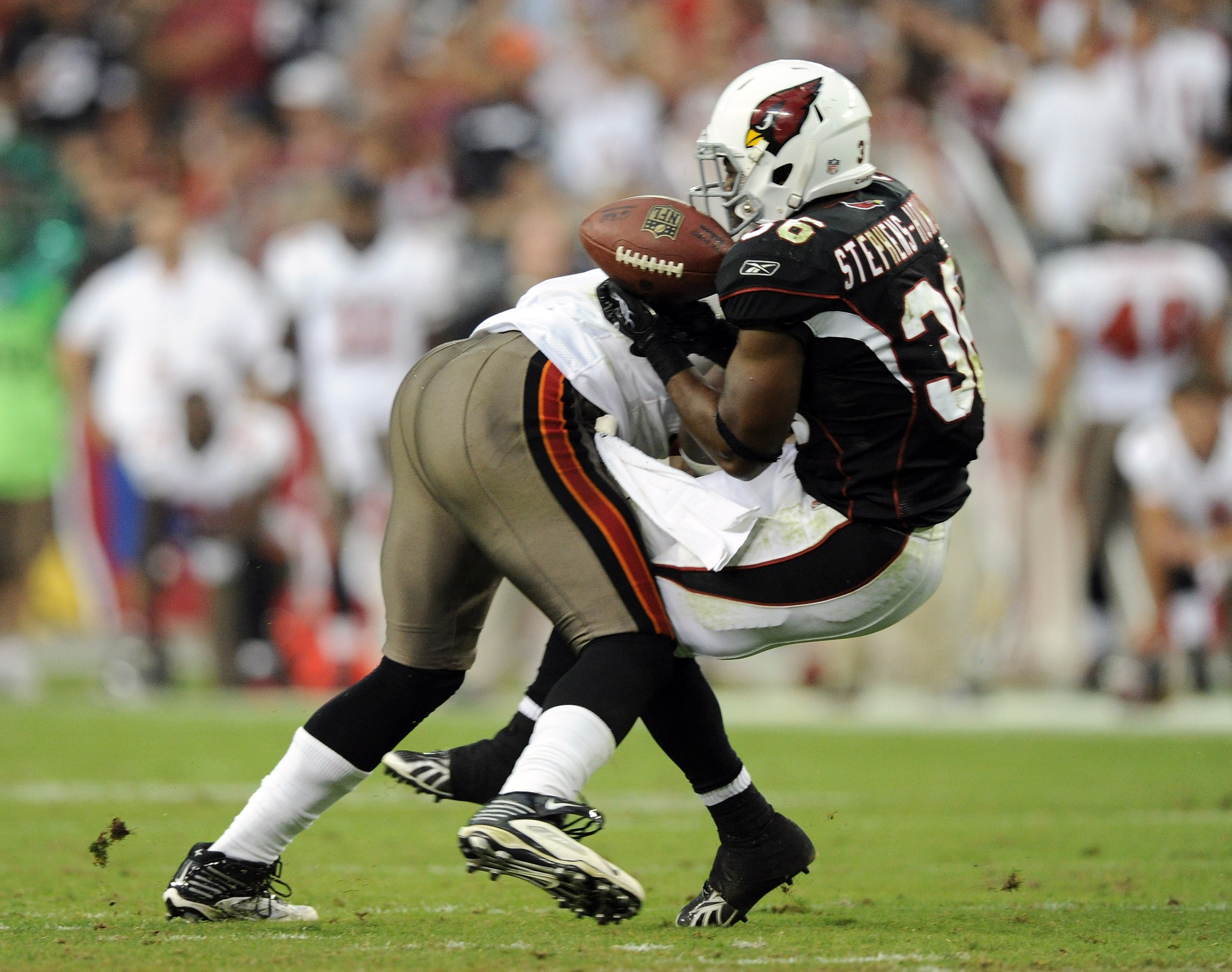 I don't care whether it comes at the expense of Tim Hightower. Or Jason Wright. Or Beanie Wells. Or Larry Fitzgerald.

The man has to get more touches.

The hyphen is magic every time he touches it. His 30 yard touchdown run Sunday proved it.

In fact, I'm all in favor of getting him 10-15 touches every game. I understand he's small, and could get injured.

But he is simply too fast to keep hidden.

And I also understand that he's valuable on special teams. But do you want to win or not Coach?

If it were me, I'd take away a few carries from Beanie Wells, who either seems to get one yard or 10 (which is maddenly inconsistent), and give them to the Hyphen.

So Coach Whizzy: Get LaRod more involved won't you?