Just when you think you know it, you find out that you don't.

That's what it felt like watching the Cardinals play on Sunday.

Cardinals fans, including myself, thought that we might finally have an answer in Max Hall.

We thought the division might finally be in our hands.

But even though it wasn't a game that either team is going to want to watch the highlights of, there are things that Arizona did well.

There's just a lot of bad mixed in.

1. The Defense Deserves Some Credit 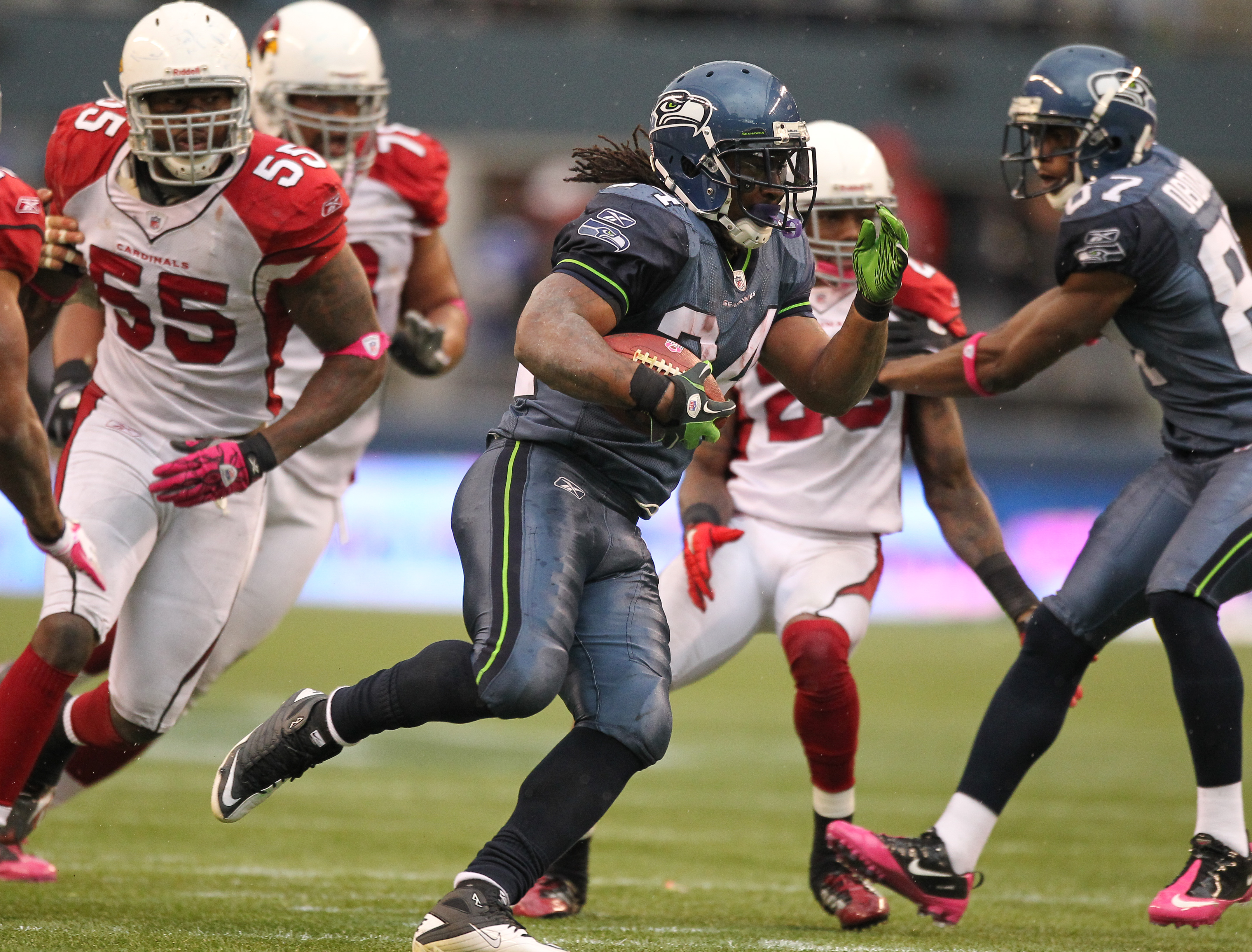 If this game were up to the Cardinals defense, they would've won it.

They did a very good job of shutting down the Seattle offense, despite being put in bad field position several times by the offense and special teams.

About the only thing they did not do was force more turnovers, which might have possibly helped the Cards win.

But still, I would give the defense a solid B grade for their efforts. 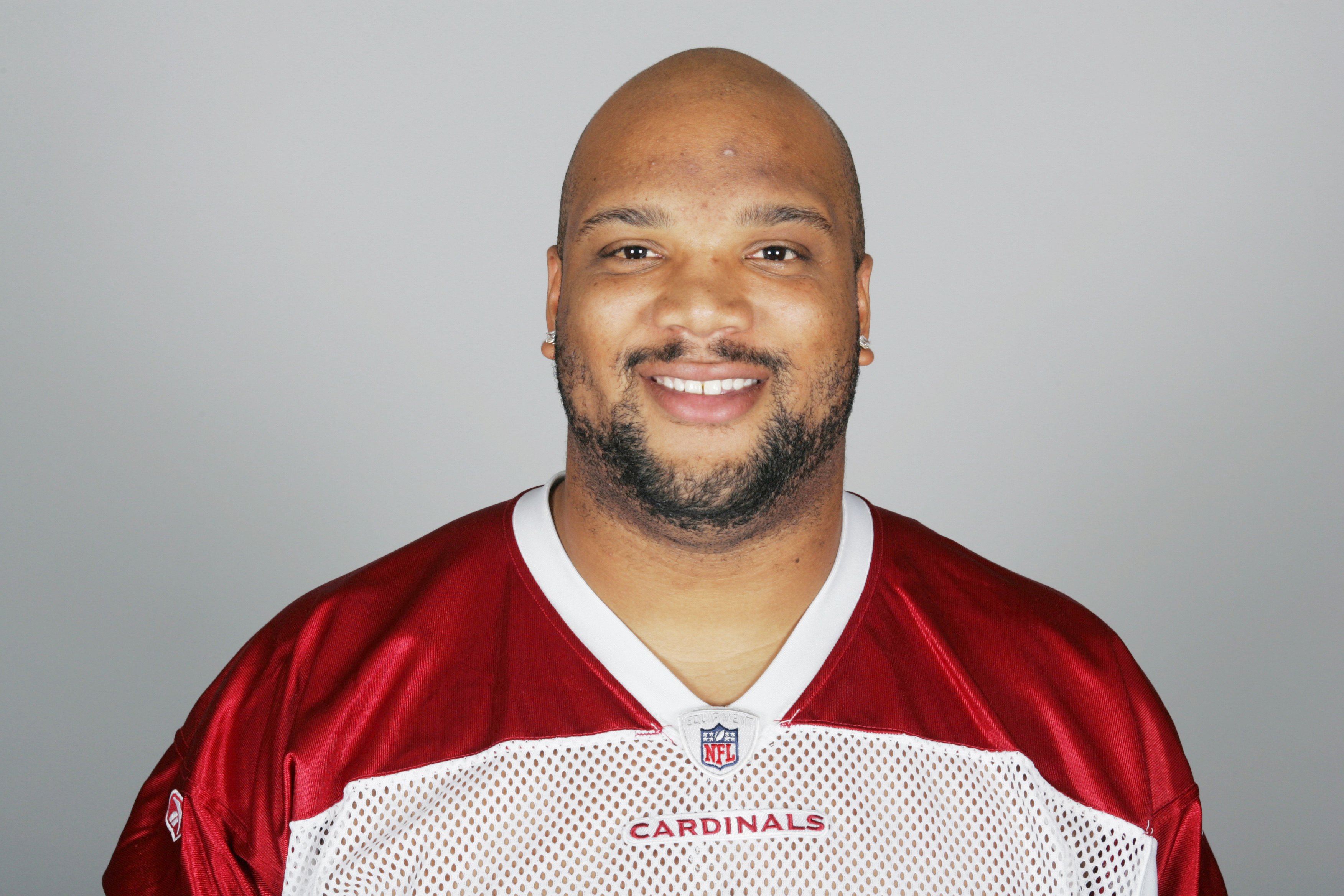 As good as the Cardinals defensive ends are, Alan Branch is going to press them for time the rest of the season.

Branch had 2 sacks Sunday, along with a couple of tackles for loss.

The biggest problem is that Calais Campbell and Darnell Dockett stand in his way for playing time.

Branch, who has been considered a big draft bust (including by yours truly), finally played like the early second rounder he is on Sunday.

Let's hope this continues. The pass rush could use it. 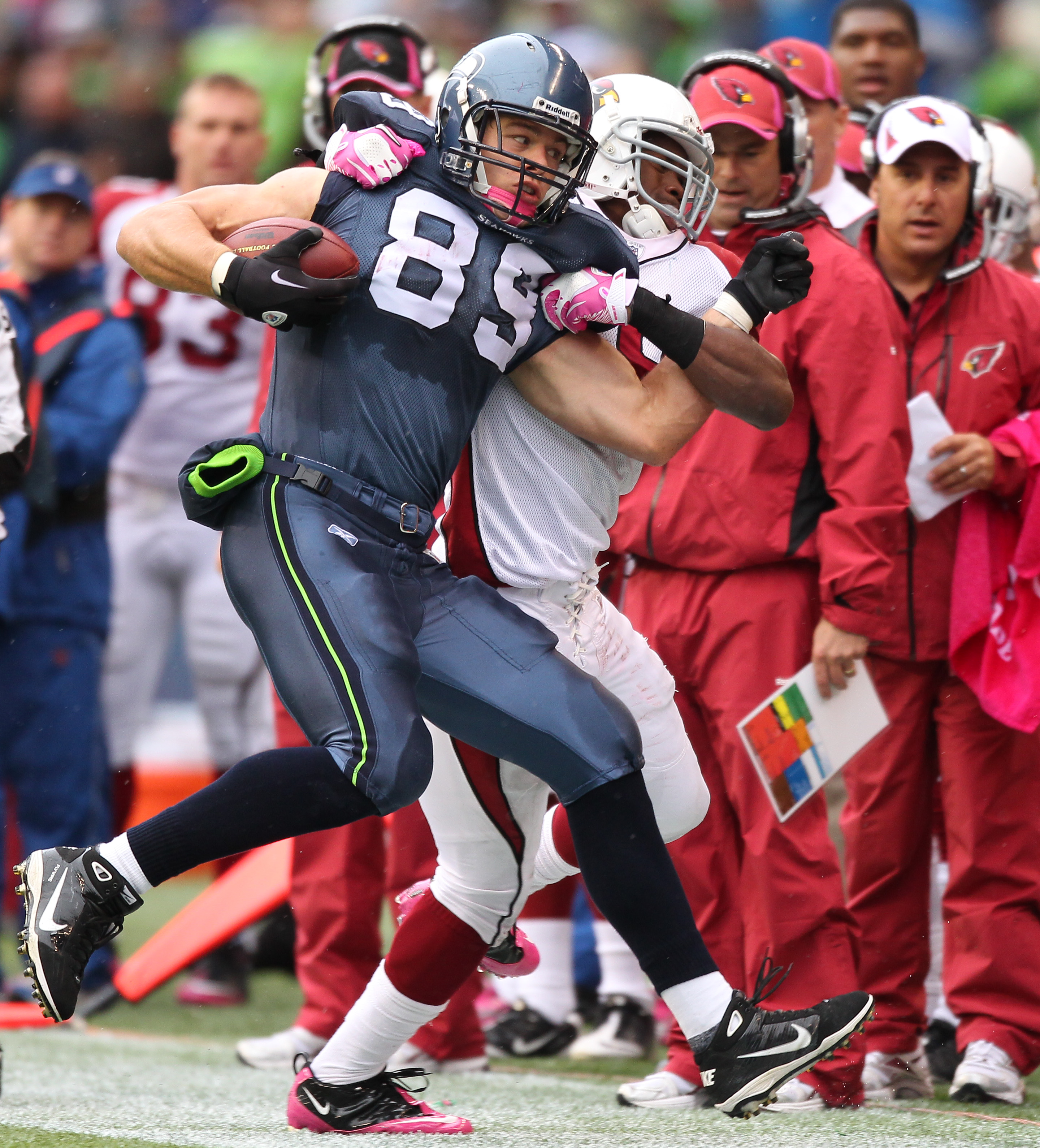 Washington has been accused of being a detriment in the run defense for Arizona and rightly so.

But he shed that criticism on Sunday and had himself quite a game, as he seemed to be everywhere for the Cards.

He also garnered his first NFL sack of his young career, coming up the gap on a third and short untouched to nail Hasselbeck.

It will be interesting to see if he keeps playing like this. For one thing, the linebacker core needs him to play this well, and also the question remains how Gerald Hayes will factor in with Washington and Lenon both playing well. 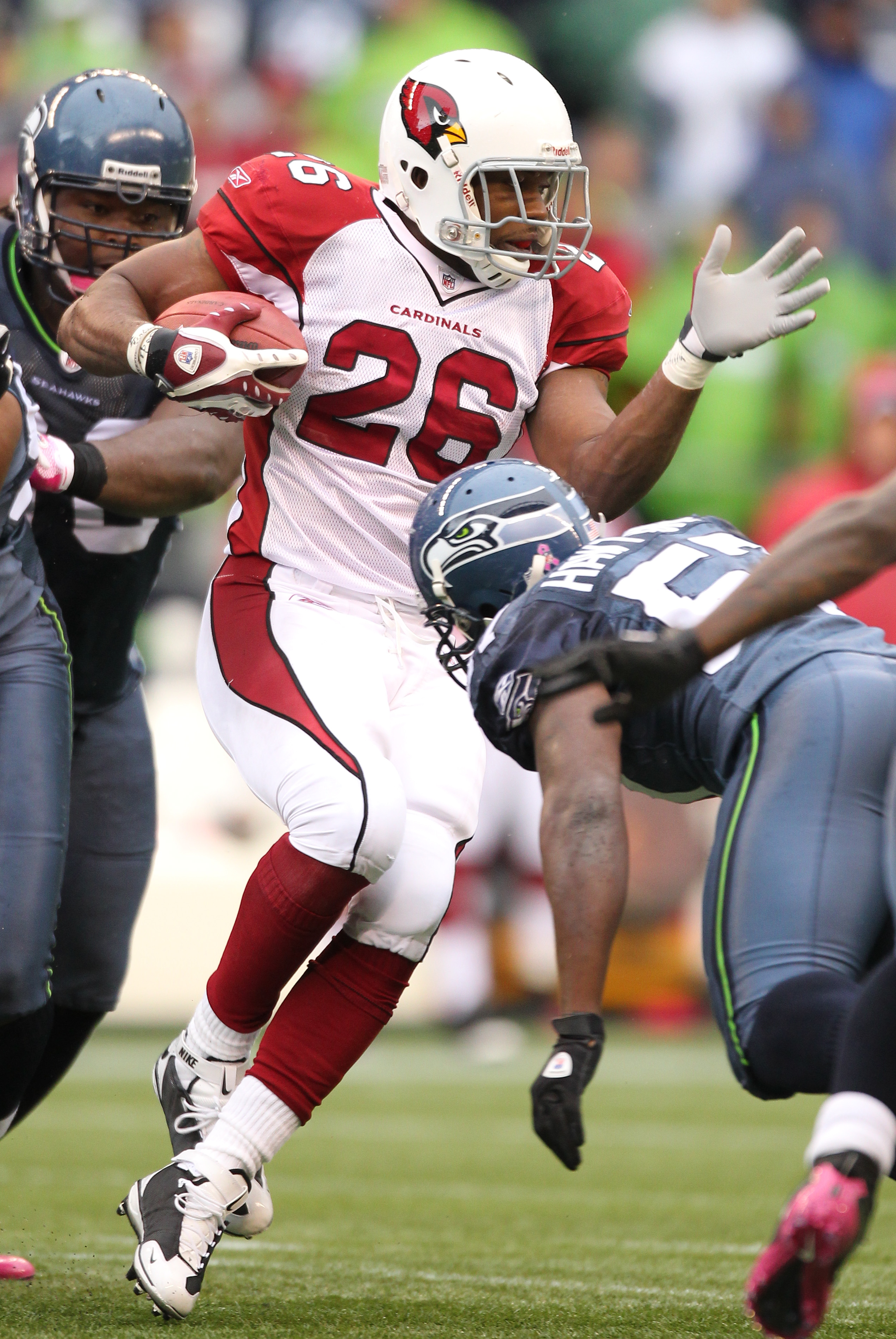 This is really the last positive from the game.

Wells has struggled along with the entire Arizona offense this season, as he usually doesn't get in the end zone until the second quarter, and then is asked to carry the load for the run game.

This doesn't make it easy for Beanie.

Add to that Arizona's offensive issues, namely not scoring, and Wells had yet to find the end zone this year until Sunday.

But it appears good news lies on the horizon for Wells, who may finally take the starter's job from the fumble prone Tim Hightower, even though Hightower ran better Sunday.

We'll see if that actually occurs, however.

5. Max Hall Has a Lot to Learn 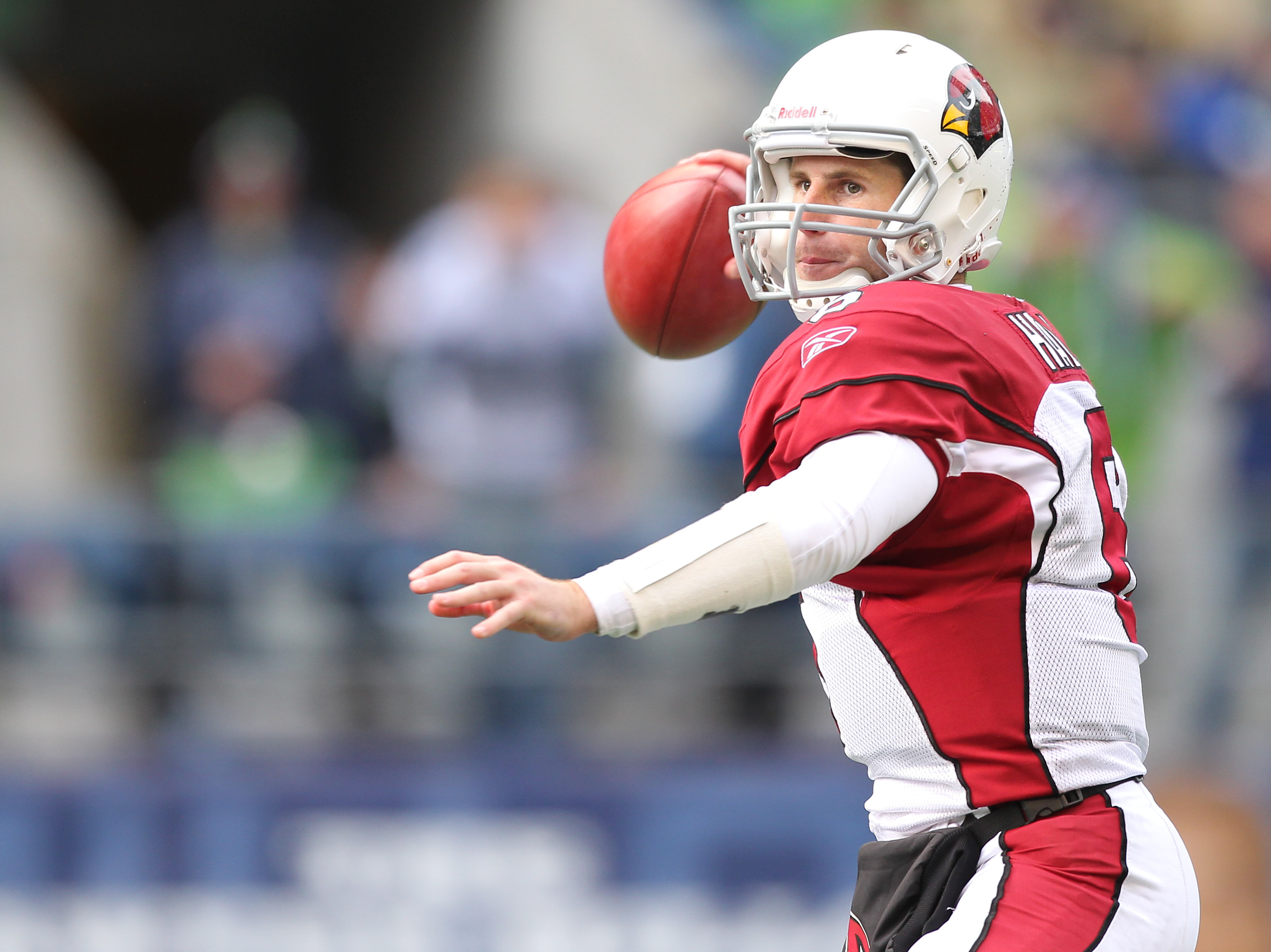 This may be the most obvious slide ever.

But the truth holds.

Even if his stats were a little better, he still looked lost, as if he was a middle schooler trying to hang with the big boys.

Add to that his getting injured yet again, and suddenly all the shine is off the undrafted rookie.

Hall will be the starter this week if he's able to go, and he has a better matchup against Tampa Bay at home, but if I were Derek Anderson, I'd be ready. 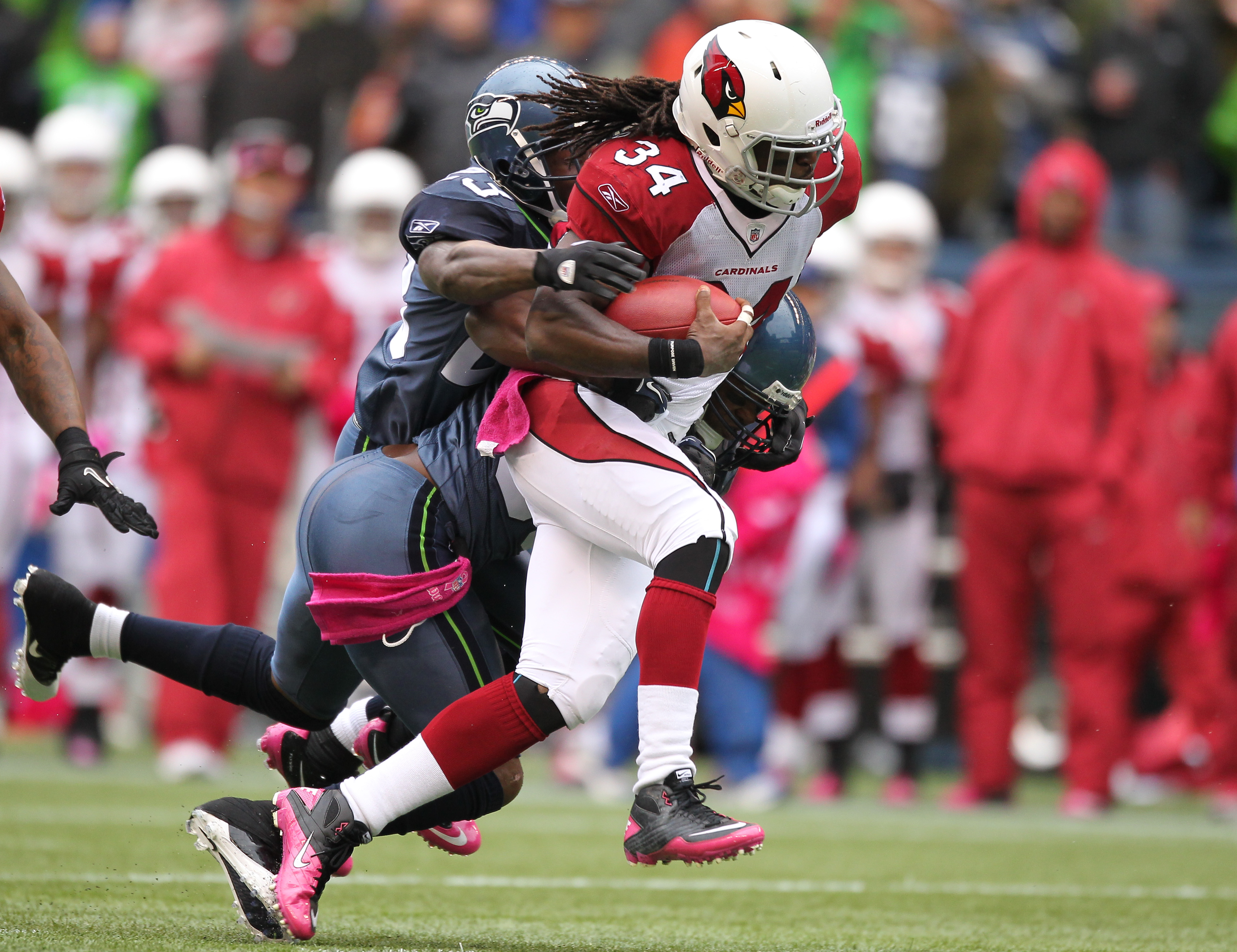 Sure, the Cardinals ran for over 100 yards.

But here lies the problem the stats don't tell: a lack of consistency yet again.

Sure, they ripped off a few big runs.

But they would inevitably follow those with a short run or loss of yards, leaving Anderson or Hall with second or third down and long.

I think this may be why Whisenhunt has yet to go to a run heavy offense, although there is talk of simplifying the offense after their performance against Seattle.

Either way, the Cardinals have to figure out what the issue is in the run game, because the offensive line is too physical and their two backs are too good to have this be a problem continually.

7. Special Teams Was a Huge Letdown 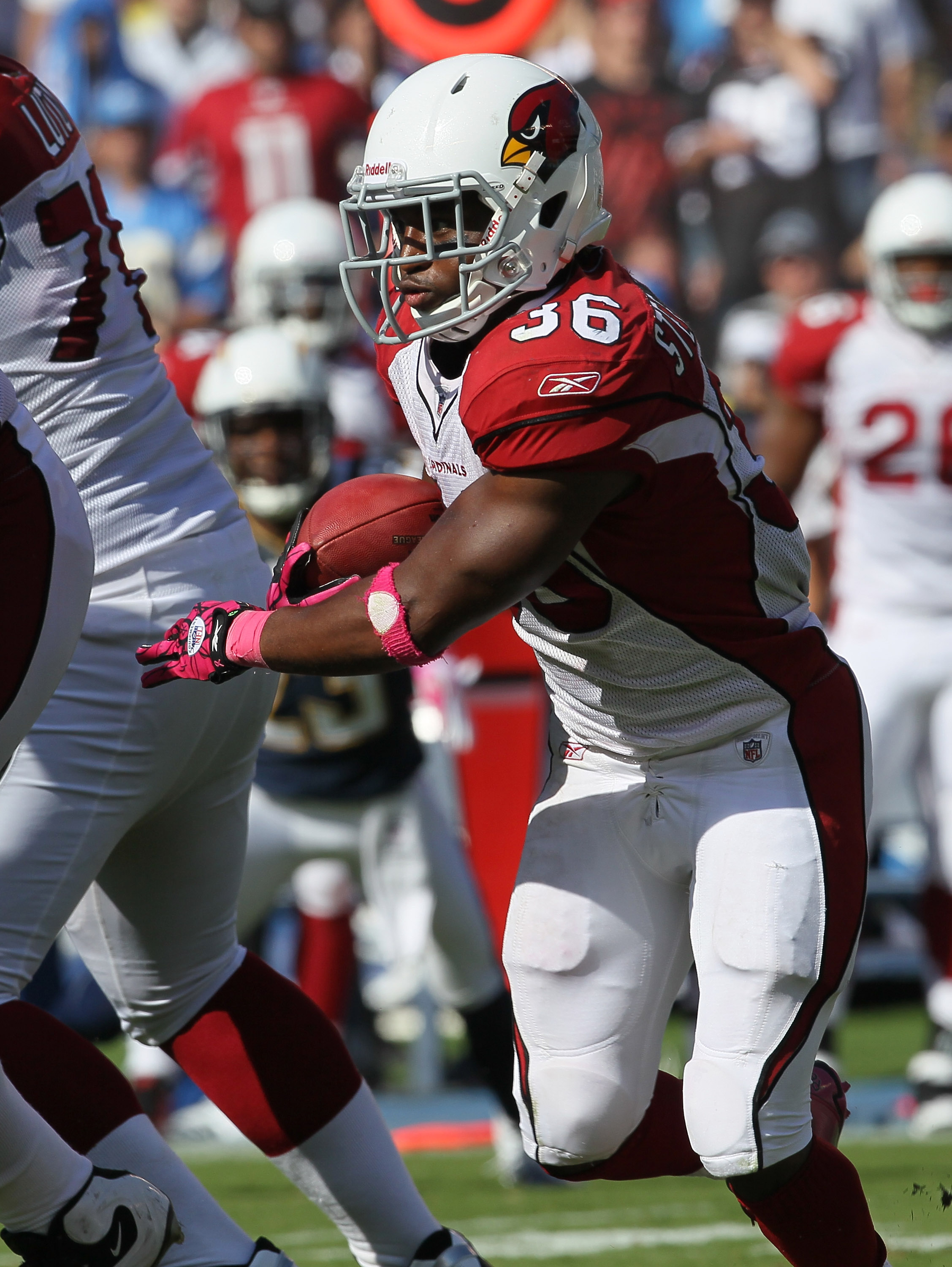 As good as the special teams for Arizona has been this season, they were a big reason they lost Sunday.

The two fumbles on special teams were quite frankly inexcusable, and led to two Seattle field goals.

Jason Wright's fumble remains flabbergasting to me, especially coming from a veteran.

Andre Roberts' gaffe wasn't as surprising, given that he is a rookie, although it was rather stupid.

But Wright ought to know better.

The only thing that made up for it was yet again another great return from LaRod Stephens-Howling, who could be the only Cardinal to make the Pro Bowl at this rate.

8. Dominique Rodgers-Cromartie Is No Longer The Best Corner For Arizona 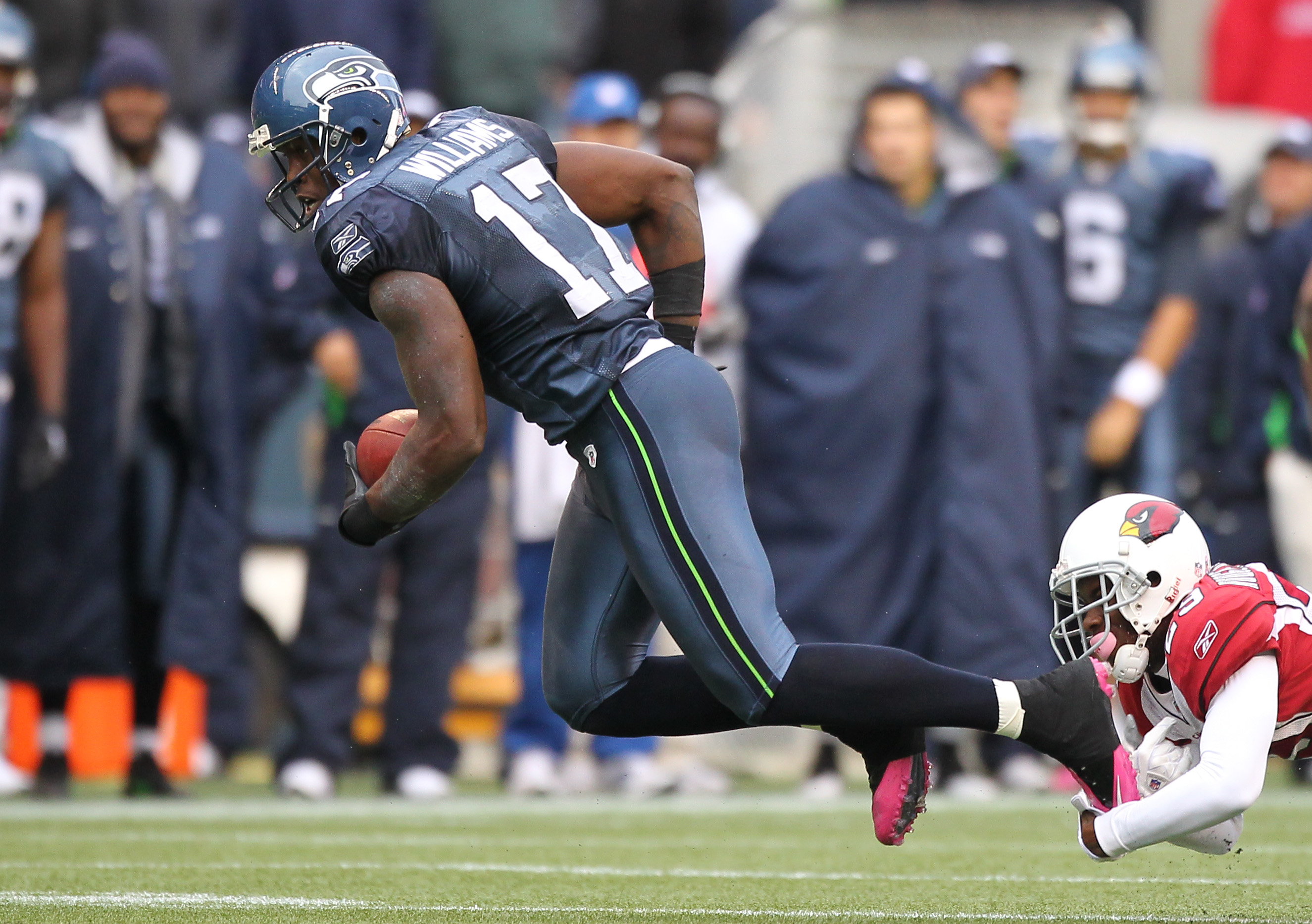 He may eventually return to form, but DRC had maybe his worst day as a pro Sunday, maybe after the Oakland game.

How you get three offsides calls on field goals is beyond me, but even more disconcerting was the fact that he was dominated by Mike Williams.

The Seahawks were not afraid at all to throw at DRC, and when the Cardinals could have used his height on a goal line opportunity, they instead went with Matt Ware of all people, and of course Mike Williams caught a touchdown.

Add to that the fact Greg Toler had a solid game and is leading the team in tackles, and DRC's stock is lowering.... 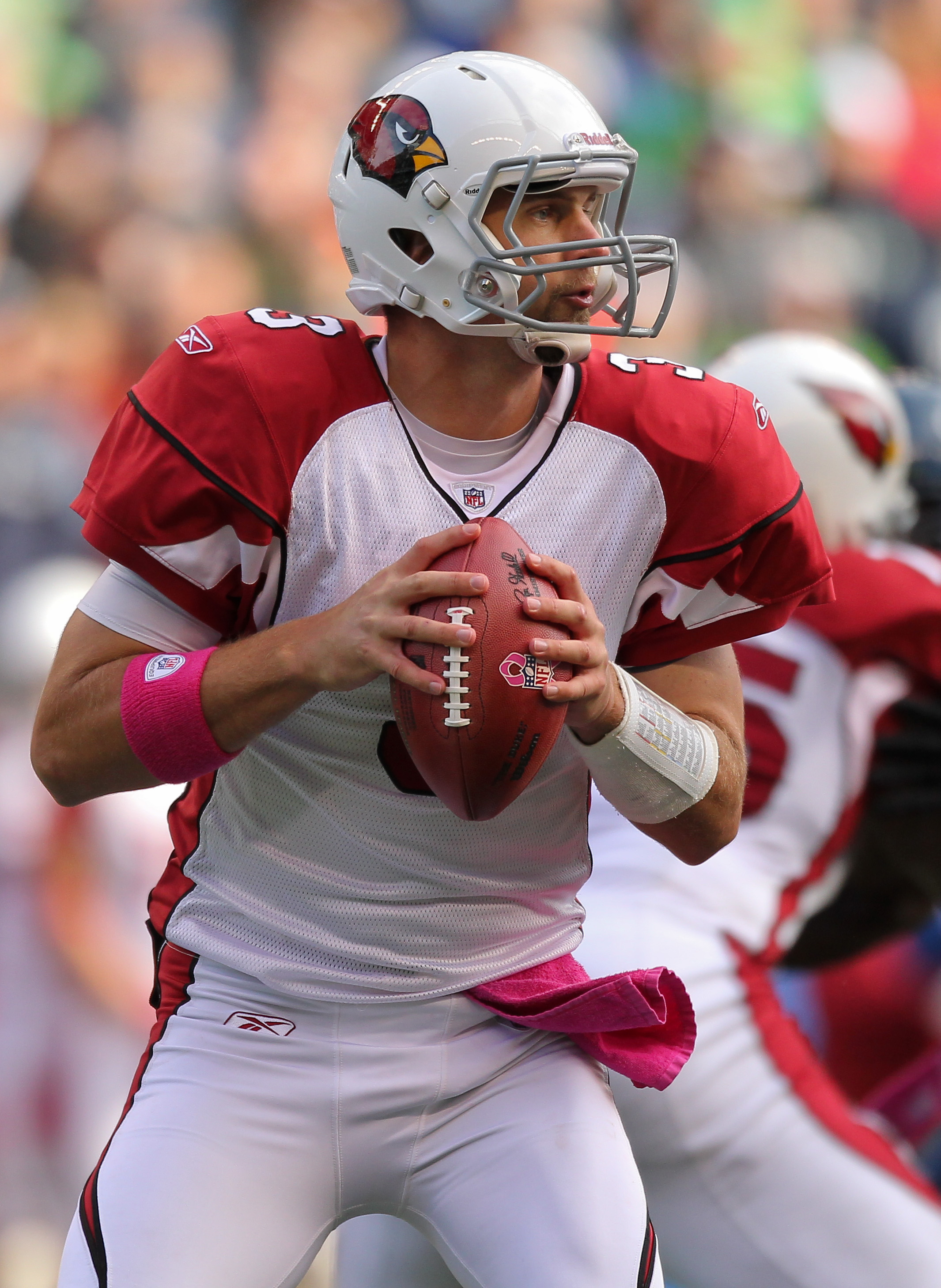 I'm going to get on my soap box here.

I did defend Anderson and the choice to cut Leinart at the beginning of the season.

I don't agree with many that it was a dumb decision. Leinart wouldn't be doing any better.

But Anderson isn't the answer anymore.

Sure, he came in and provided a spark.

But he was absolutely terrible after that first drive.

That's because he's done the same thing in every game--he starts hot, then he cools off, and the offense sputters.

Hall may be a rookie and look like it, but Anderson isn't the long term answer, and Hall may yet be.

10. Larry Fitzgerald Has To Be The Most Frustrated Cardinal 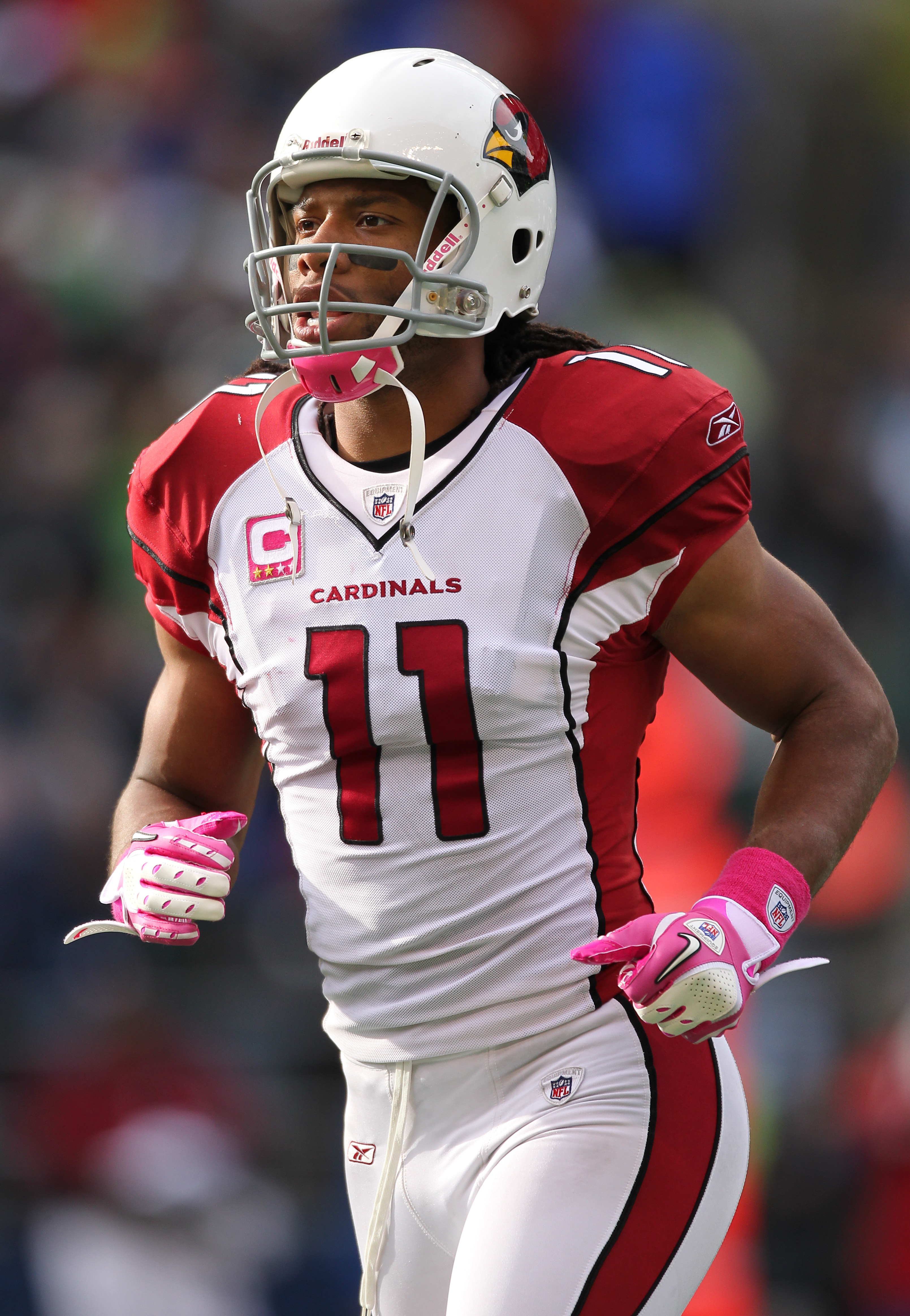 How you don't get the ball into the hands of your all pro receiver is beyond me.

Maybe because I'm not an NFL quarterback I don't understand it, but I would think it would be the easiest thing in the world to throw to a receiver as big, fast, and with as great of hands that Larry has.

That's what really blows my mind.

For the Cardinals to win, they must get the ball to Fitz. Period.