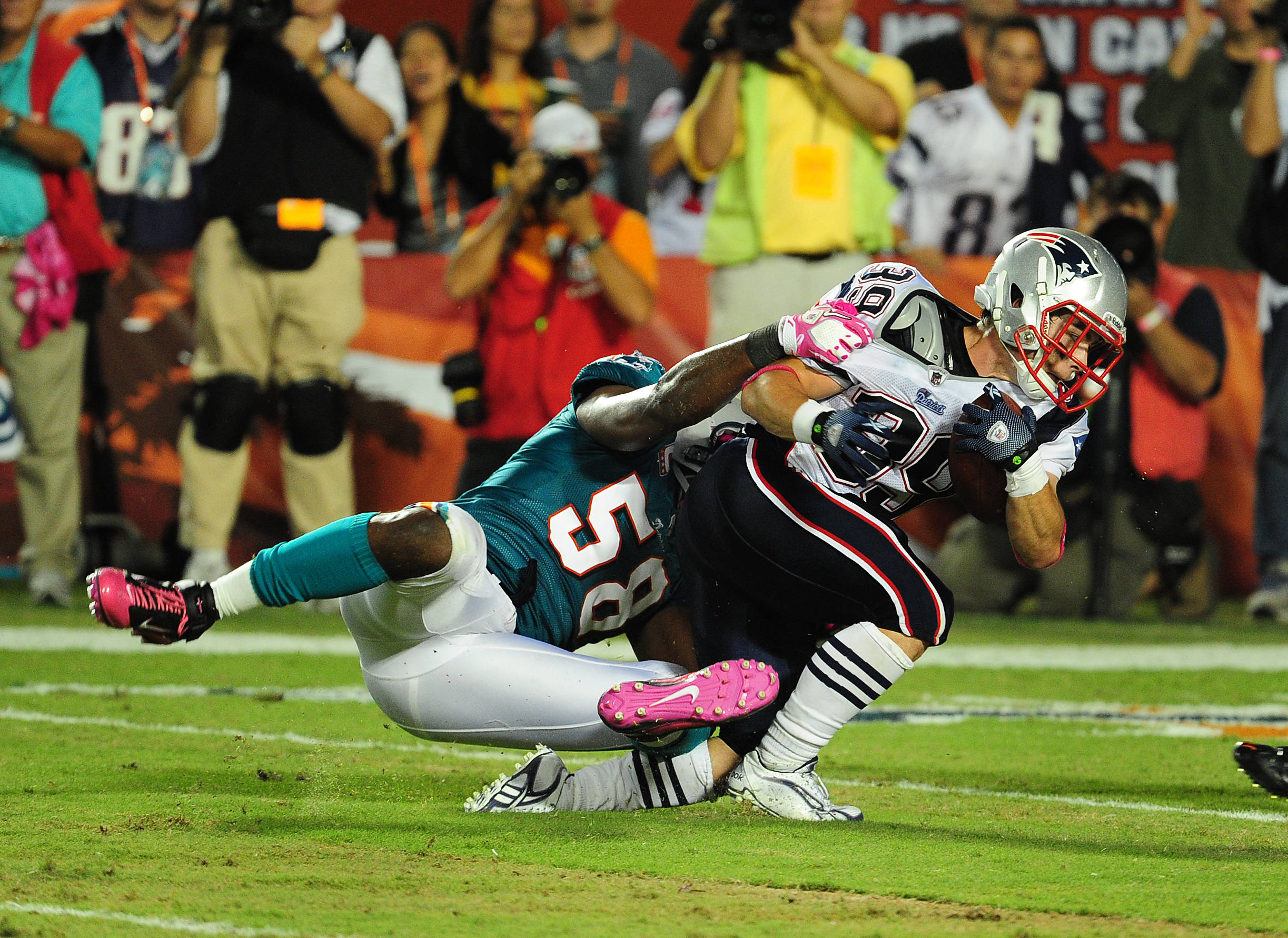 The Bill Belichick-era New England Patriots are famous for getting the most out of the undrafted and unwanted, but this is getting ridiculous: Who in blazes is Danny Woodhead?

When Woodhead scored on an 11-yard reception from quarterback Tom Brady to give the Pats a two-score lead in the third quarter of Monday night's win over the Dolphins, he may have also received the mantra of Belichick's least likely success story. Only time will tell how much staying power he will have, of course, but his two touchdowns in two games as a Patriot augur well.

Woodhead (finally) gained some measure of notoriety this summer, when he was featured prominently on HBO's Hard Knocks and became a Rex Ryan darling. The Jets cut him, however, and by Week 3, Woodhead had surfaced with the Patriots.

Woodhead is an extraordinarily accomplished back, an NCAA record holder, a scrappy, but gifted 25-year-old. So, why haven't we ever heard of him? Read on. 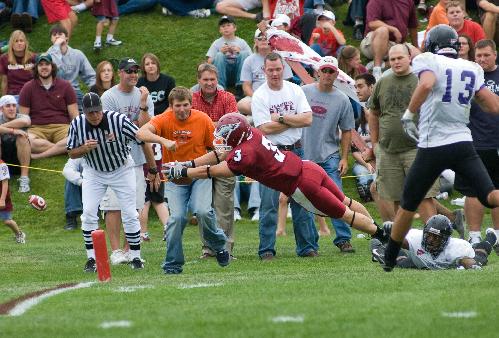 Woodhead was a great rusher as early as high school, running his way to the 2003 Prep Player of the Year award for Nebraska. He received no national publicity, though, and recruiters (perhaps because he stood just 5'7" and weighed in at under 180 pounds) shied away. Nebraska told Woodhead he could walk on to the team, but would be used only as a kick returner, according to a Sports Illustrated story done in 2007.

The only scholarship offer Woodhead received came from Chadron State University, a tiny D-II school who (until Danny came along) had never offered a full-ride athletic scholarship to anyone. Woodhead's brother was already on the team and his father was an alumnus. Danny hopped on board. 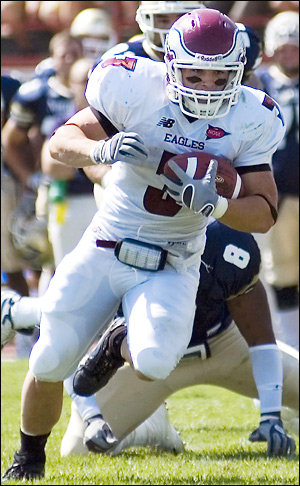 Here's a stumper for you: Name the only two running backs in collegiate football history to rush for over 7,500 yards. The answers are Nate Kmic, a D-III back from 2005-8, and Danny Woodhead.

Still, the quiet Nebraskan flew under the RADAR. He had the skills to be an elite back, and many D-I schools now regretted missing out, but the consensus remained that a man of Woodhead's size could never function as an NFL running back. 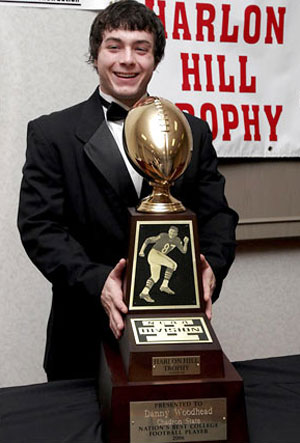 Woodhead won the Harlon Hill Trophy as the best player in Div. II as a junior in 2006. For an encore, he won again in 2007. Only two other players--Johnny Bailey and Dusty Bonner--have garnered the award twice. Bailey, a running back in his own right, played for six seasons and scored nine touchdowns in the NFL.

To follow up on his record-setting season, Woodhead amassed over 2,000 all-purpose yards in the second trophy-winning campaign, scoring 23 touchdowns in just 11 games.

Somehow, despite proving his mettle by adding muscle and continuing to steamroll defenses throughout Div. II, the very quiet Woodhead continued to labor in obscurity as the NFL draft approached.

The Pro Day and The Disappointing Draft Day 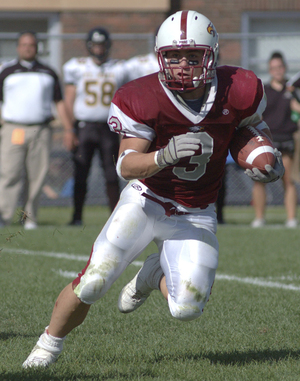 Some measure of urban legend surrounds Woodhead's Pro Day, at which he needed to perform his best after not having been invited to the annual NFL Combine. Depending upon which report you trust, Woodhead ran either a 4.33 or a 4.38 in the 40-yard dash, great speed in either case. All parties seem to agree that Woodhead posted 20 reps on the 225-pound bench press, an excellent number for a running back. He also jumped 38.5 inches on the vertical, well beyond expectations.

It was not enough: Woodhead went undrafted. But as the draft was winding down that April, Danny got a call from the New York Jets. 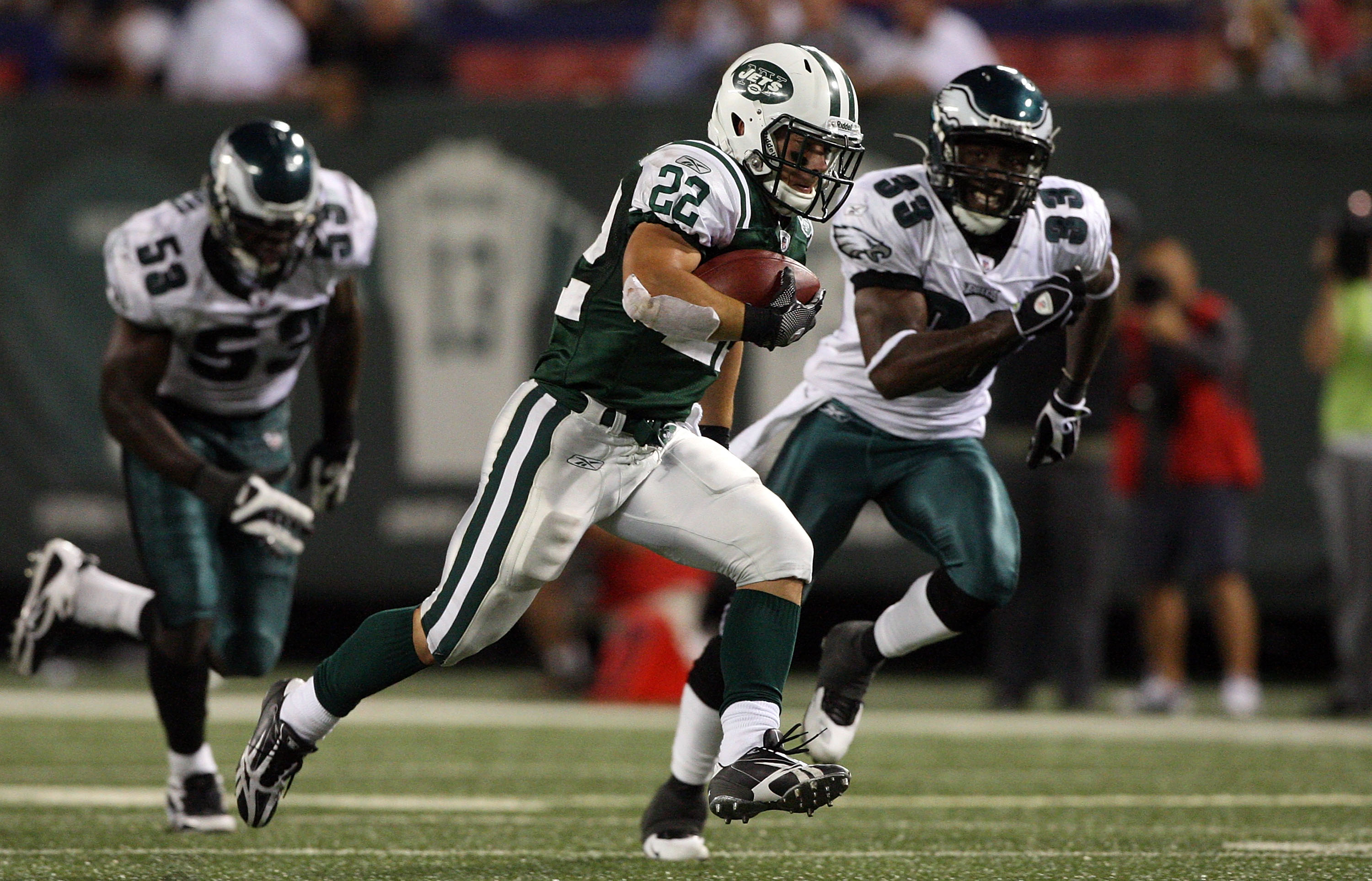 The Jets and Woodhead worked out a deal, and Danny spent two-plus years in the New York organization. He didn't make it off the practice squad in 2008, but notched 151 all-purpose yards on 23 touches in ten games in 2009. Woodhead, by now, had a reputation as a great receiving back, and seemed to fit best when the Jets went to the air and needed a back to make a play.

Training camp 2010 was a trying time for Woodhead. Though Ryan liked him and he showed flashes of his ability (witness his 45 yards and touchdown on 12 carries in the final preseason game versus Philadelphia), the sense was that Woodhead would be unnecessary now that New York had Hall of Fame-worthy LaDainian Tomlinson to catch passes out of the backfield. He was released very early in the season.

The Arrival and What Took So Long 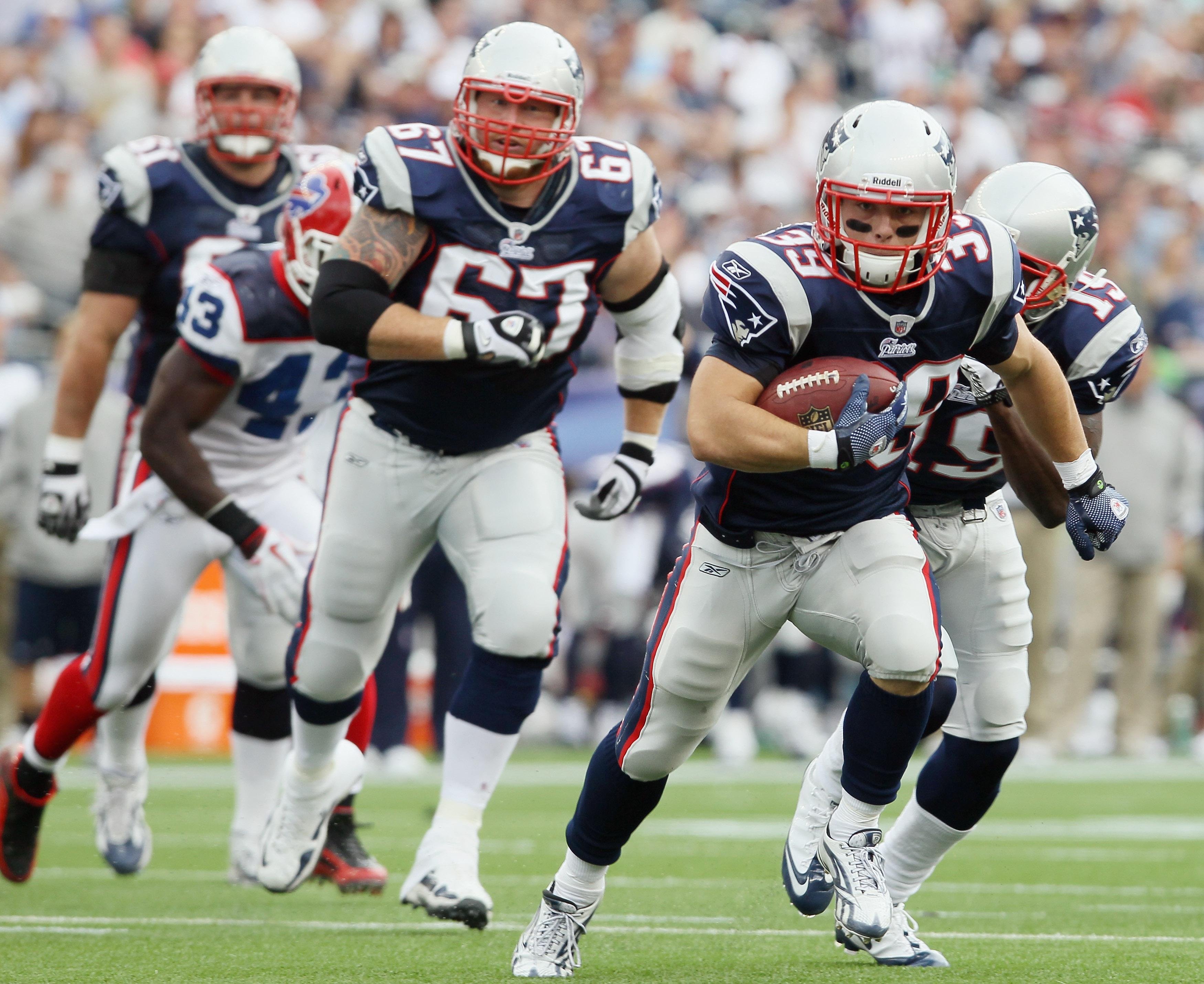 Obviously, Woodhead has made a splash in two games since being activated as an injury replacement for Kevin Faulk. Because the Pats offense is so predicated on the pass—making blocking backs and receivers out of the backfield a premium commodity—Woodhead may have a semi-permanent home, and the Patriots may have a new secret weapon.

What took so long? Where was the excitement that ought to have been for Woodhead when he starred as a high school runner, and then excelled in college? Why was he undrafted, then released? What held back Danny Woodhead?

It might not be popular, but it can hardly be denied that race is a factor. America can occasionally hold damaging biases against the athletic abilities of small, white men, despite the always-damaging biases they may hold in most other respects toward minorities. Woodhead is no less an athlete than the equally diminutive Warrick Dunn, but Dunn became a first-round draft pick out of Florida State, while Woodhead fought to find anyone who wanted him.

To be clear, I do not allege that whites are disadvantaged in the world of pro football, or in any other world. Indeed, racism of a far more malevolent nature is a part of the daily lives of countless minorities throughout the country. But for Danny Woodhead, a 4.33 40-yard dash runner and a 38.5-inch vertical jumper, the color of his skin may be the biggest obstacle he ever had to clear.

Matt Trueblood is a student at Loyola University-Chicago and B/R College Wiritng Intern. Follow him on Twitter.