5 Assertions The Giants Must Make To Dominate The Braves 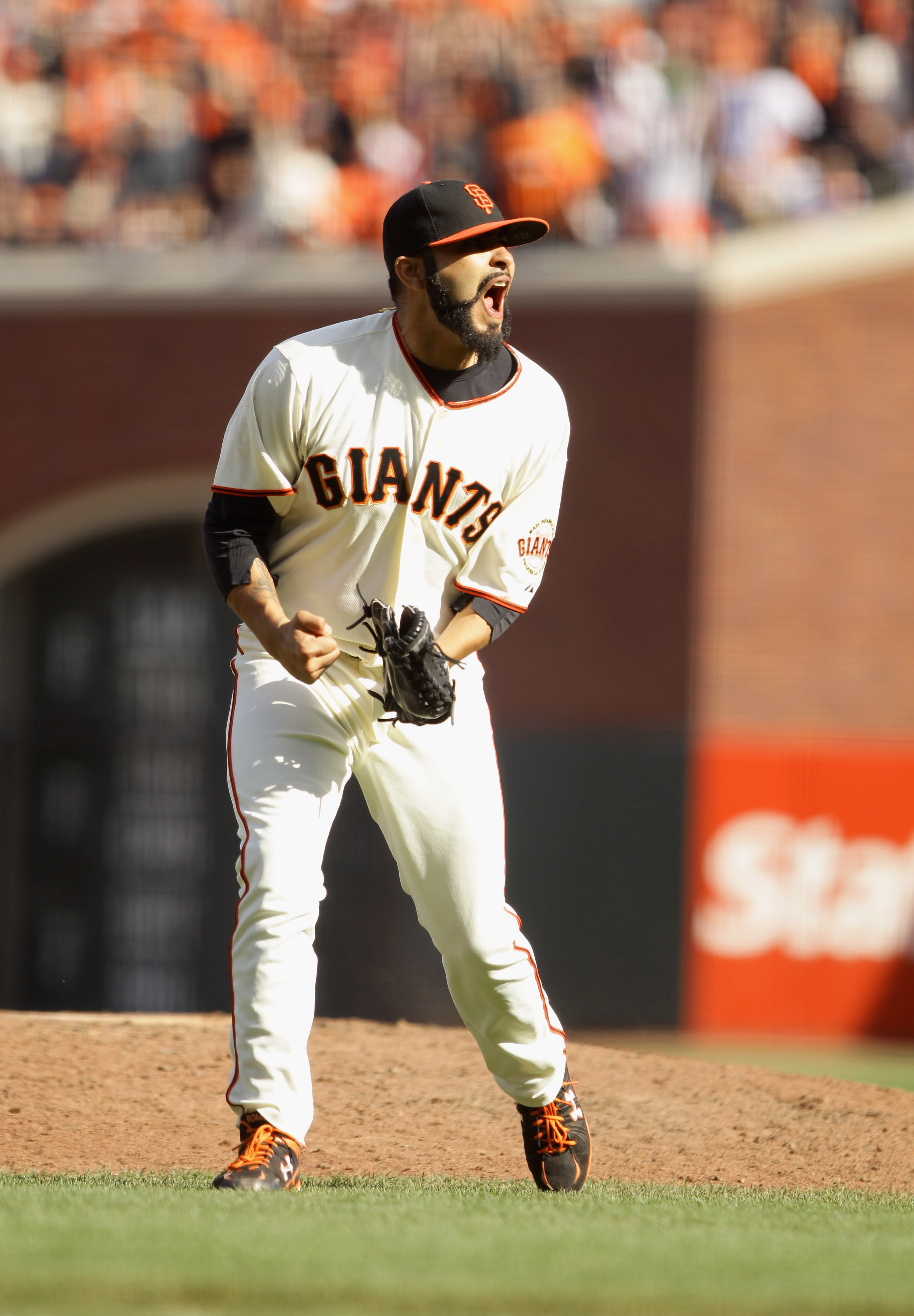 After 6 long years, the Giants have finally made the playoffs. However, it took 162 games, 5 new starting position players, 3 new bullpen pitchers, a new starting pitcher, an appendectomy, several manly beards, and a lot of torture. Everyone should now take a moment to take a deep breath. Breath in ---------- and exhale. Feel better? Good, we have work to do.

It would be a pity for the Giants and the fans alike to put in that much effort to just sit back and rest on our laurels. The journey is not over, that's the best part of the postseason. Lined up for the Giants in the NLDS are the Atlanta Braves, similarly winning their last game to sneak into the playoffs.

Giants fans and players alike haven't waited this long to simply fold in the NLDS. In order to make sure the Giants will play for a pennant, they will have the make sure that these 5 different assertions are made to achieve victory.

Our Rook Is Better Than Your Rook 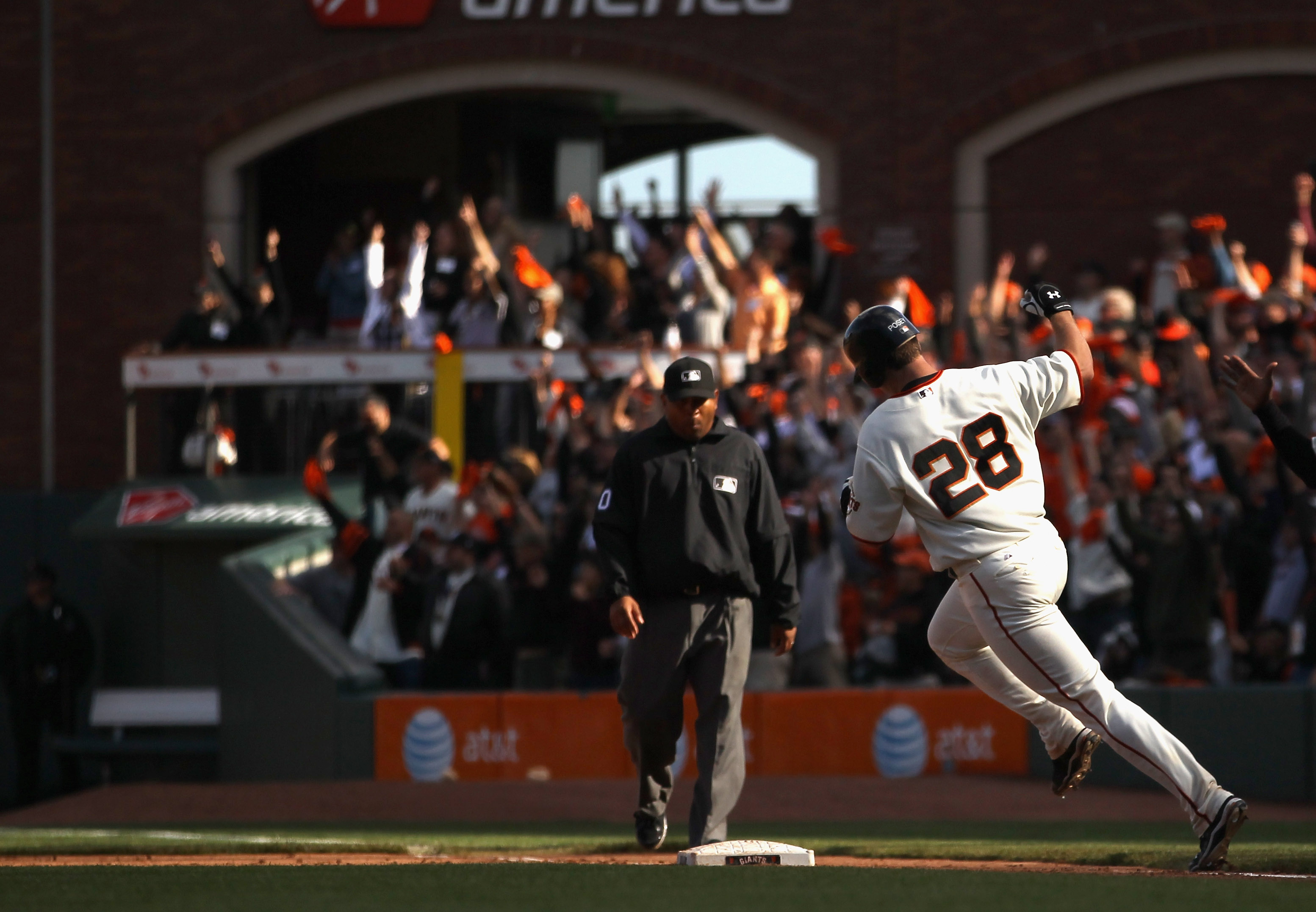 Ultimately, the two top candidates for Rookie of the Year will be facing off in the NLDS, Buster Posey, the Giant's catcher and Jason Heyward, the Braves' right fielder. The Natural and the Savior, facing off for the third series this year but for the first time in the playoffs. When Jason Heyward hit his nationally highlited homerun in his first at-bat, Buster Posey was strapping on the gear in Fresno and taking buses to and from the various stadiums.

Braves' fans and other critics alike constantly remark that the reason Jason Heyward is superior is simply due to the fact that he has made a difference all year long. Well, I would like to take a different approach, and compare the two greenhorns' stats from the day Posey was called up on May 29th. (AVG/HR/RBI/OBP/SLG)

Do those numbers look very comparable? Granted, we are talking about one hitter coming out of the two slot and one 'mostly' out of the four hole, but still, put those numbers side by side and it is easy to see who the better player is. It is even fair to compare Buster Posey's statistics to Jason Heyward's year long production line. Wondering if Posey had been given the full year? Then there would be no discussion.

Now, Jason Heyward is still dangerous, granted, and he is still a very solid 5 tool players, which Buster Posey is obviously not, but Heyward has also not been able to catch one of the top 3 pitching staffs in the Major Leagues while keeping them as dominant as ever.

Jason Heyward, you are truly the Natural, but for this year at least (and probably for many to come) Buster Posey is the superior baseball player. 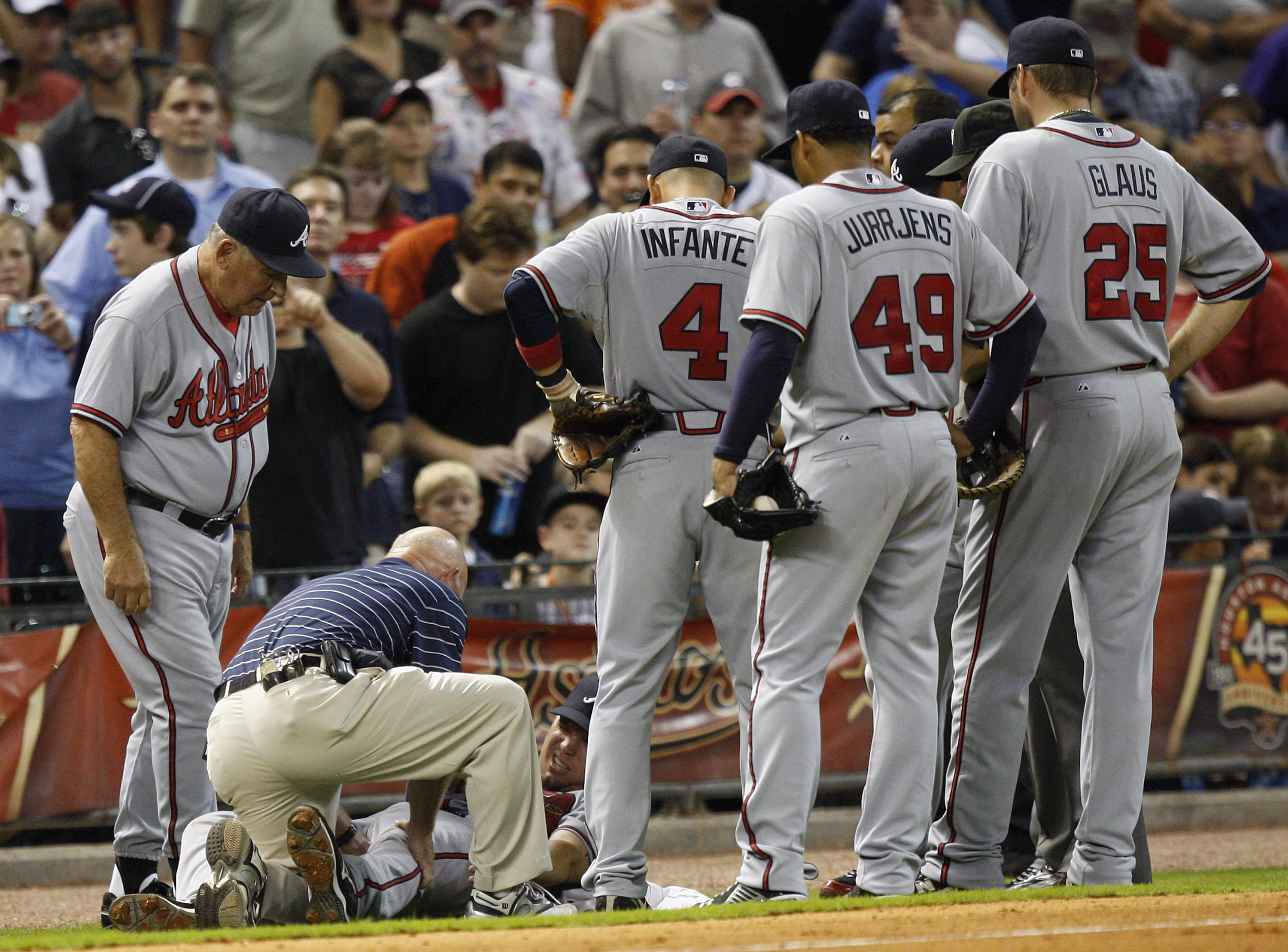 Lets take a quick look at the Braves Disabled List.

Simply put, the Braves have the face of their franchise for the last decade, a young pitching stud, an all-star, two reliable bullpen pitchers, and an utility man all either out or questionable for their playoff run. The Giants are looking at a man who hasn't played all year and an overpaid shortstop who's OPS is less than both his replacements ( Juan Uribe and Mike Fontenot).

The fact of the matter is that the Giants are playing with the people they want out there at all times, while the Braves are playing with the best of what they got left. Similarly, the Giants know that they have great depth with players such as Cody Ross, Mike Fontenot, Nate Scheirholtz, and Travis Ishikawa, while the Braves' injuries have largely eliminated reliable depth.

The postseason is a dogfight, and the Giants roster looks better prepared than the Braves.

You Think You Have Pitching? 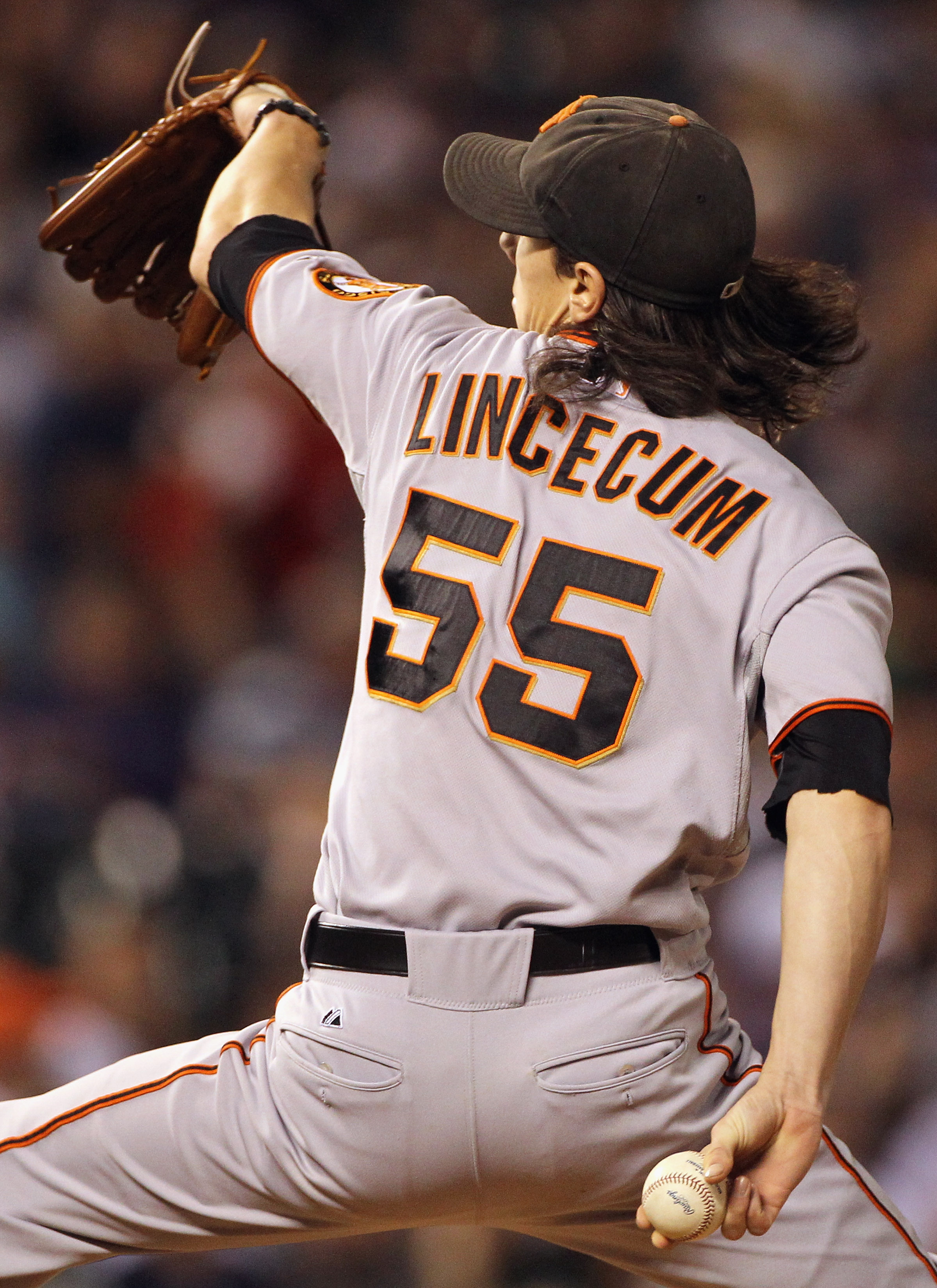 The Braves, at this point in their season, are a team that prides themselves on their high level of pitching, both from their starters and their bullpen. Tim Hudson has had a Cy Young caliber year for most of the season, Tommy Hanson has had a very respectable September, and Derek Lowe has recently found his sink again. Billy Wagner has done a very admirable job as the closer, and young Jonny Venters has been a remarkable reliever all year.

However, the Braves' pitching staff is about to come to AT&T Park, home of one of the (if not the) most dominant pitching staffs in the game. Tim Lincecum, who had a rough August (understatement), has rebounded to look like the back to back Cy Young award winner he is, posting a 5-1 record with a 1.96 ERA in his last 6 starts. Matt Cain, in his last 6 starts, has posted a 3-1 record with a 2.91 ERA, inflated due to his last start. And Jonathan Sanchez has been the most unhittable pitcher in the Major Leagues as of late, going 4-1 in his last 7 starts, posting a 1.03 ERA and a .175 AVG against.

The fact of the matter is, we have two very similar teams facing each other in this NLDS. And I am sure that most Giants fans would be happy to pit strength against strength.

For Two Teams With Little Experience, The Giants Have More Experience 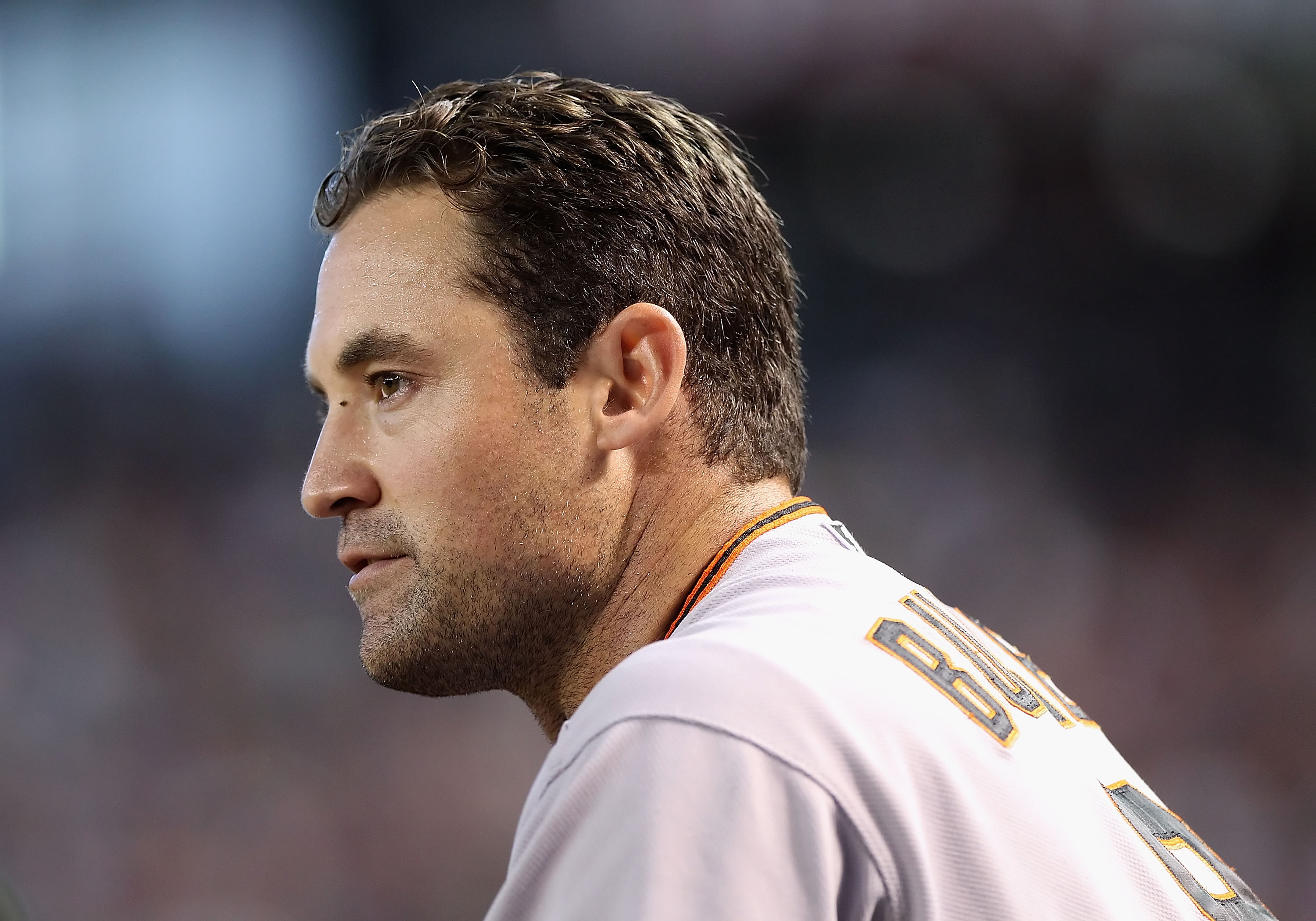 Lets face it, as far as experience goes, the two teams facing off in this NLDS are lacking, as both are filled with youngsters and playoff virgins. However, each team has its share of playoff experience it will rely on to carry through their respective journeys.

In the Braves corner, most of the experience lies in the hands of the manager, the venerable Bobby Cox. The legendary coach has seen his share of legendary teams, which includes the team/teams that won the National League East 14 consecutive times from 1991 to 2005, a Major League record. In the 1990s, with Bobby Cox at the head, Braves pitchers won 6 Cy Young Awards, 6! The man has more experience in the playoffs then any manager still active, and will surely prepare his team properly.

The Giants manager, Bruce Bochy, does not have anywhere near the experience of Bobby Cox, but still has his fair share of postseason appearances to hang his hat on. The advantage comes when examining the Giants players.

It all comes down to two major players, Pat 'The Bat' Burrell and Juan Uribe. Both Burrell and Uribe can show you their respective World Series rings, as Burrell was an integral part of the Phillies' dominance and Uribe a part of the White Sox. Both were starters. Burrell reached the playoffs the year before as well with the Phillies, and the year after with the Rays. His postseason experience will help the younger players, but especially his college teammate Aubrey Huff, an integral part of the Giants' success.

Juan Uribe has always shown a penchant for hitting big home runs in big games, and his World Series experience will be valuable to the young infielders on the team, especially Pablo Sandoval, who the Giants hope to get hot.

While the biggest card rests in the hands of the Braves, the best hand belongs to the Giants.

Torture?! Torture Is My Middle Name 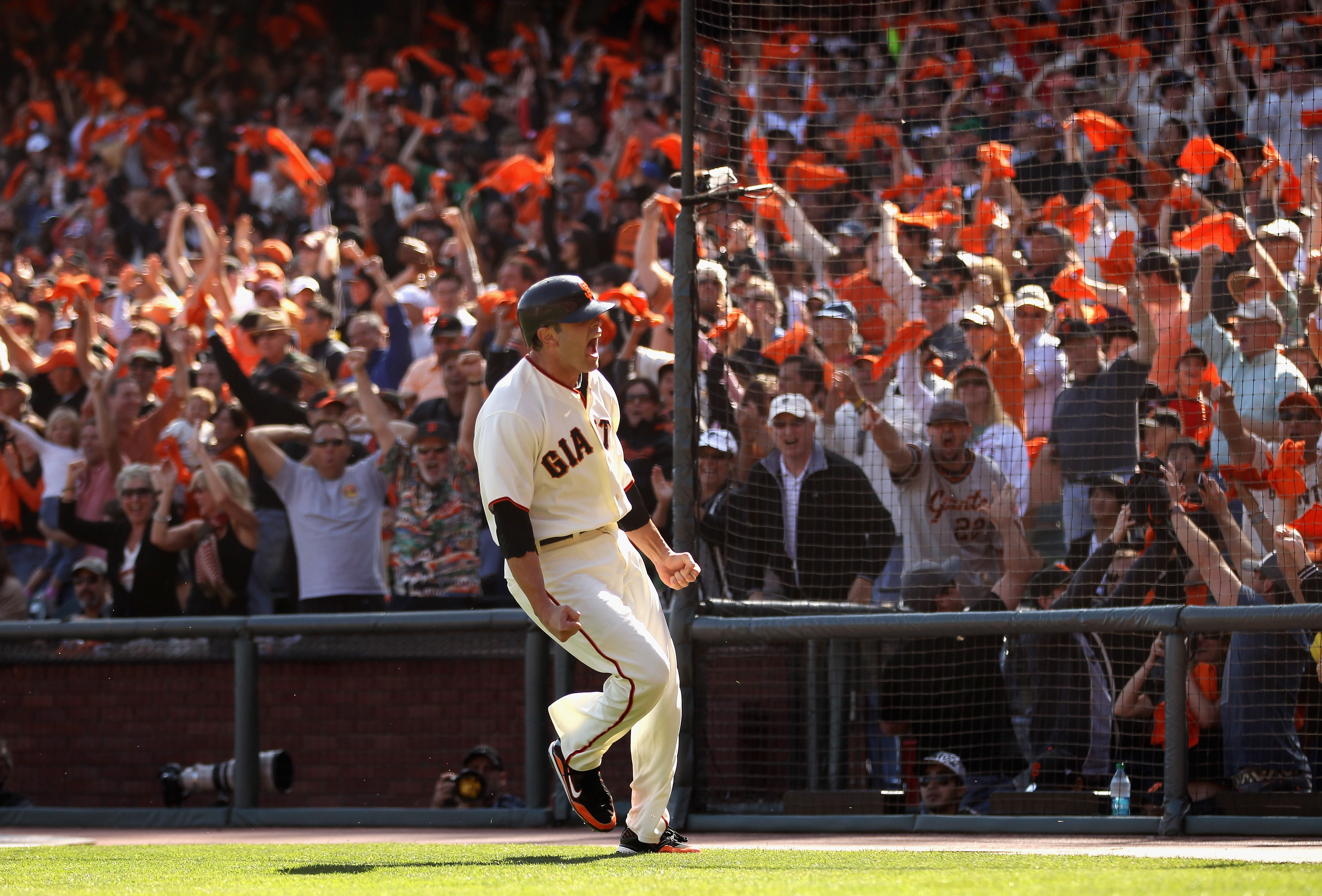 The playoffs, in any sport, brings out the most intense and nerve-racking competition. No team wants to go through 162 games just to flop in the playoffs, especially when the World Series is only 7 wins away. The playoffs will test each teams mental and physical toughness, both on and off the field as proven teams beat each other to a pulp, hoping to come out on top.

As already talked about, it is a dogfight, a war, where everything comes into play. The factors that will go into deciding a winner are far too numerous for anyone to scrutinize all of them. Managers, GMs, fans, and reporters alike are all preparing. Looking over stats, details, underlying factors, etc. Sound agonizingly painful?

Well Giants fans, I have one good piece of news. All that torture that we endured, along with the team itself, is going to pay off. Ultimately, the playoff system is a league sponsored torture tournament, meant to beat teams and fans alike until the greatest arises from the pile. And we have already sustained 162 games of torture.

Ladies and gentlemen, there is truly not another team that can say that they have had a better season for mental preparation. The Giants and the Braves are the only two teams that had to play all 162 games to make it in, but the Giants are the only team where the play is commonly referred to as 'Torture'. Maybe we haven't played the best teams, or even have the best team, but there isn't a team out there as mentally tough and that has the chemistry. And with that, I say -