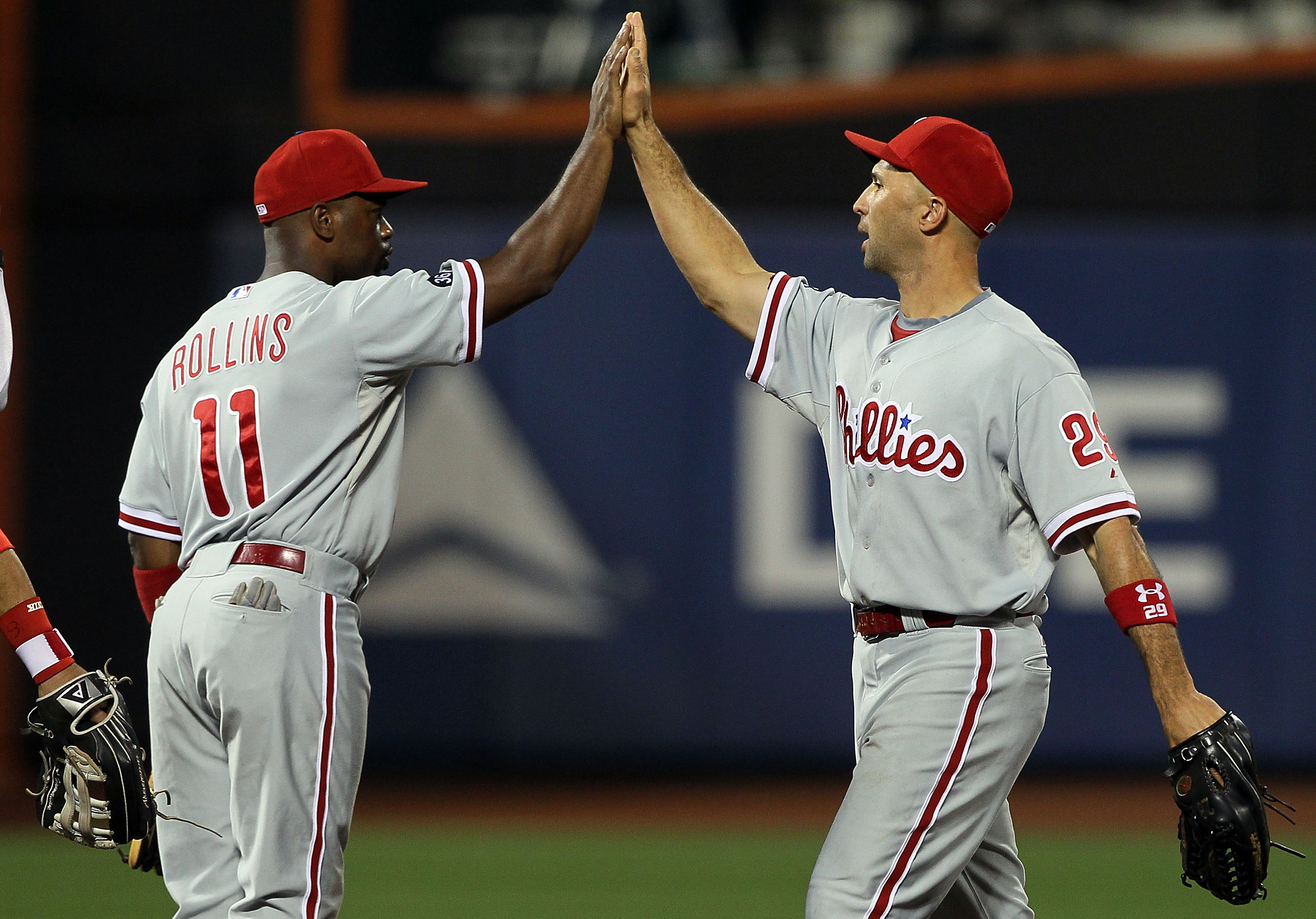 With the playoffs around the corner, potential matchups are being examined. The regular season is winding down and the hunt is heating up. For the Padres and Phillies, two playoff hopefuls, there is a chance the two will face each other in the postseason.

Whether the Phillies and Padres win the wild card or their divisions, there is a good chance they'll face each other, making for an intriguing matchup.

On one side is the young, up-and-coming San Diego Padres, stacked with solid young pitching. On the other side is the Philadelphia Phillies, a seasoned team that is defending a National League title.

There have been a lot of good things going on in San Diego this year, and they could be the team to dismantle the defending NL champs in a potential playoff series between the two. Here are five reasons why the Padres can knock the Phillies out of playoff contention.

5. Padres Looking to Bounce Back 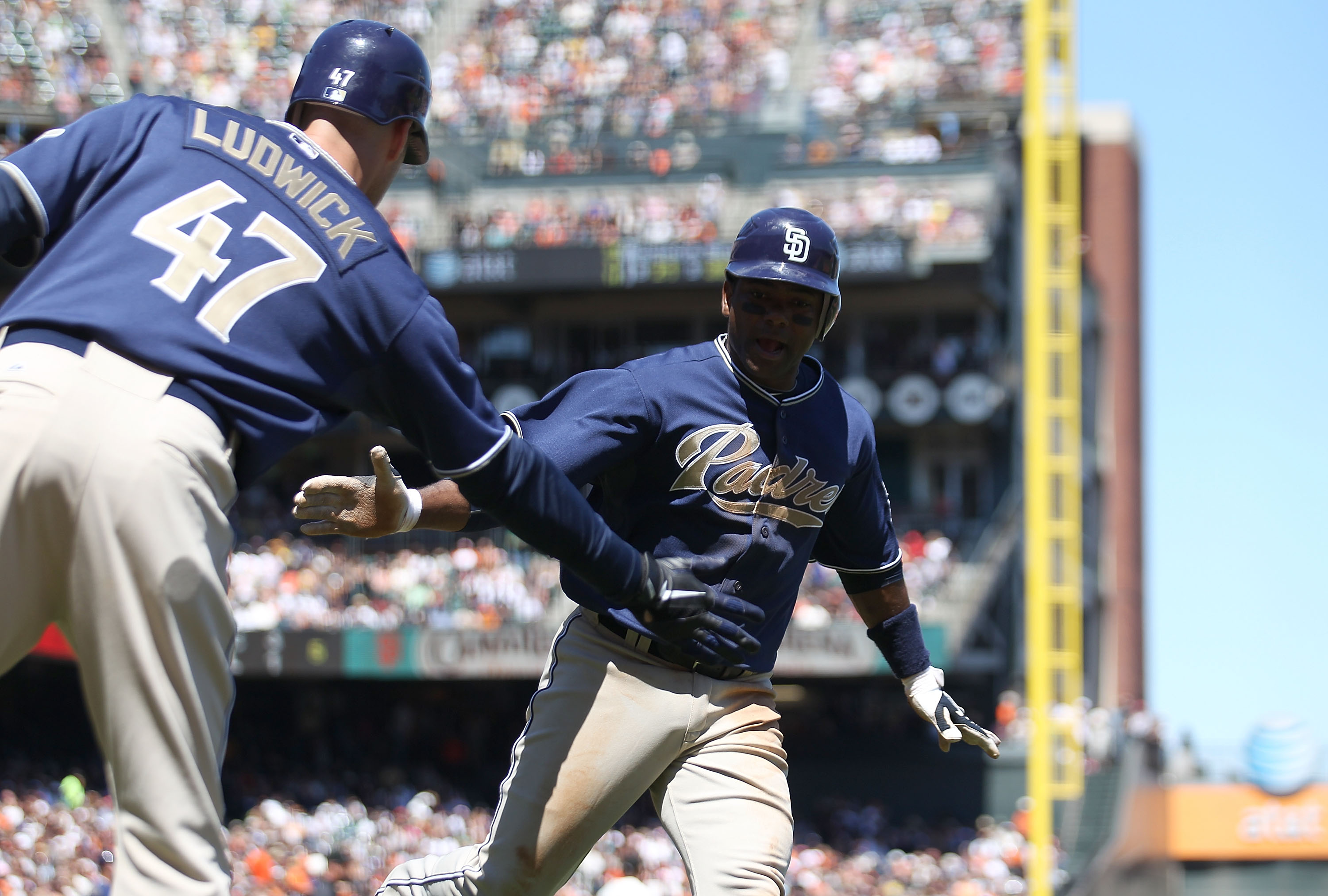 Look out, the San Diego Padres are surely most thirsty for some redemption.

Considering that they took two from the Phillies in a four-game set in Philadelphia in early June, they have what it takes to bring it on the road. San Diego will have their youthful motivation for sure if they can string some wins down the stretch at home to lead them into the postseason. 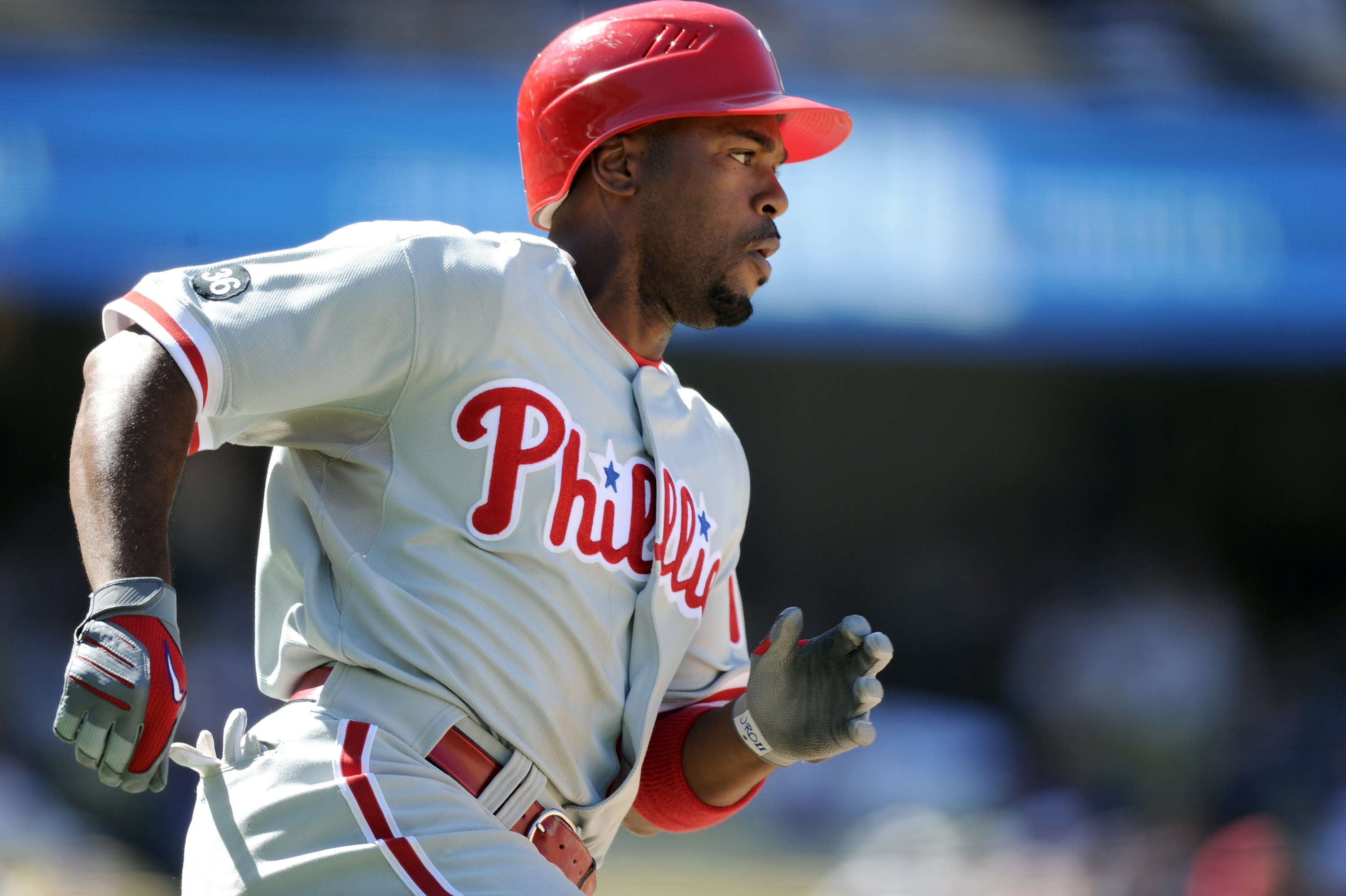 It is impressive that Philadelphia is in the position that it is, given the injuries that have swamped them throughout the year. However, those same injuries, especially the condition of shortstop Jimmy Rollins, could be an issue that holds them back.

Rollins is again hampered with hamstring problems, bringing some uncertainty to the top of the lineup. Even when he has played this year, Rollins just hasn't been the same as he has been in the past. He's hit just .245 in 82 games this year with seven home runs. His injury-proneness and declining ability is a sign that it will be tougher for the Phillies to generate runs from the top of the lineup.

Shane Victorino has been a solid replacement in the leadoff spot, but with Rollins in the lineup, that won't happen.

3. Phillies Will Struggle Against Southpaw Starters 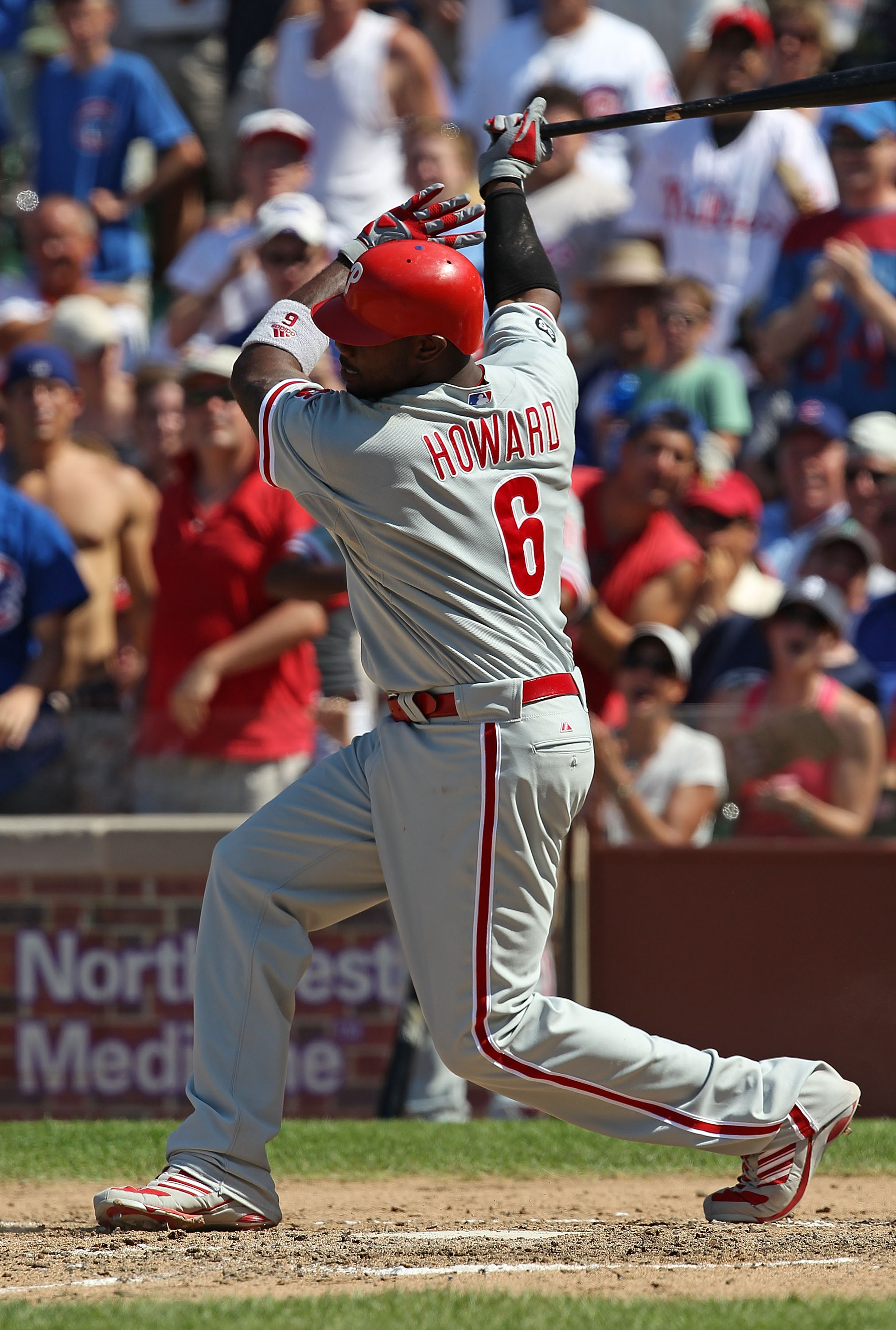 With a handful of left-handed swinging bats in the lineup, the Phillies could be at a disadvantage against young southpaws Wade LeBlanc and Clayton Richard.

The Phillies have hit .236 against left-handed pitching this year. Granted, most teams put up similar numbers, but those two Padres lefties could present a problem for guys like Ryan Howard, Raul Ibanez, or Chase Utley.

Against left-handed starting pitching, Ryan Howard has hit .235. Ibanez has hit just .237 against all lefties this year, and behind a struggling Jimmy Rollins, the Phillies would see themselves at a disadvantage several times during the potential series.

Wade LeBlanc has already handled the Phillies this year and possesses the ability to shut down batters from both sides of the plate on occasion. Clayton Richard simply throws hard and has held lefty hitters to a .223 batting average throughout 2010.

The southpaws in the Padres rotation could be surprising stoppers for the Padres in a playoff series against the Phillies.

2. Adrian Gonzalez and His Scrappy Teammates 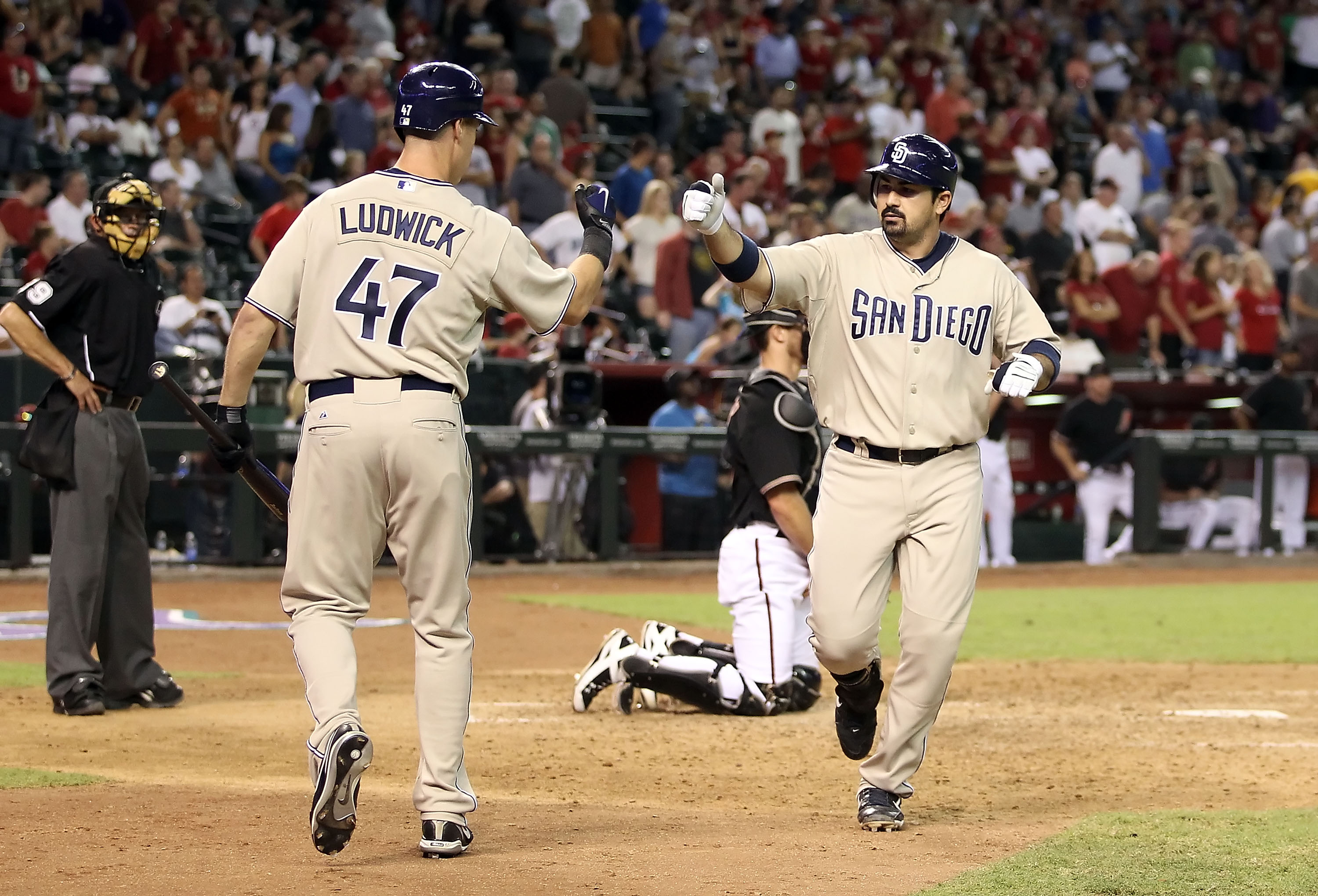 The Padres don't sport the most potent lineup out there, but for playing at a pitchers' park like Petco, they have their fair share of success.

The team is carried by first baseman Adrian Gonzalez, who swings a stick so big that he can single-handedly slug the Phillies out of the playoffs. He hit .393 in seven games against the Phillies this year and could become a thorn in their side in clutch situations. It certainly doesn't help the Phillies that, at Citizens Bank Park this year, Gonzalez hit three long balls in four games on 7-of-16 hitting.

Even if Philadelphia gains home-field advantage in the series, Gonzalez will make it difficult to compete. He is the centerpiece of the San Diego lineup, and the scrappy players around him like veterans Jerry Hairston Jr. and David Eckstein will find many run-scoring opportunities.

Gonzalez is that dangerous of a bat. 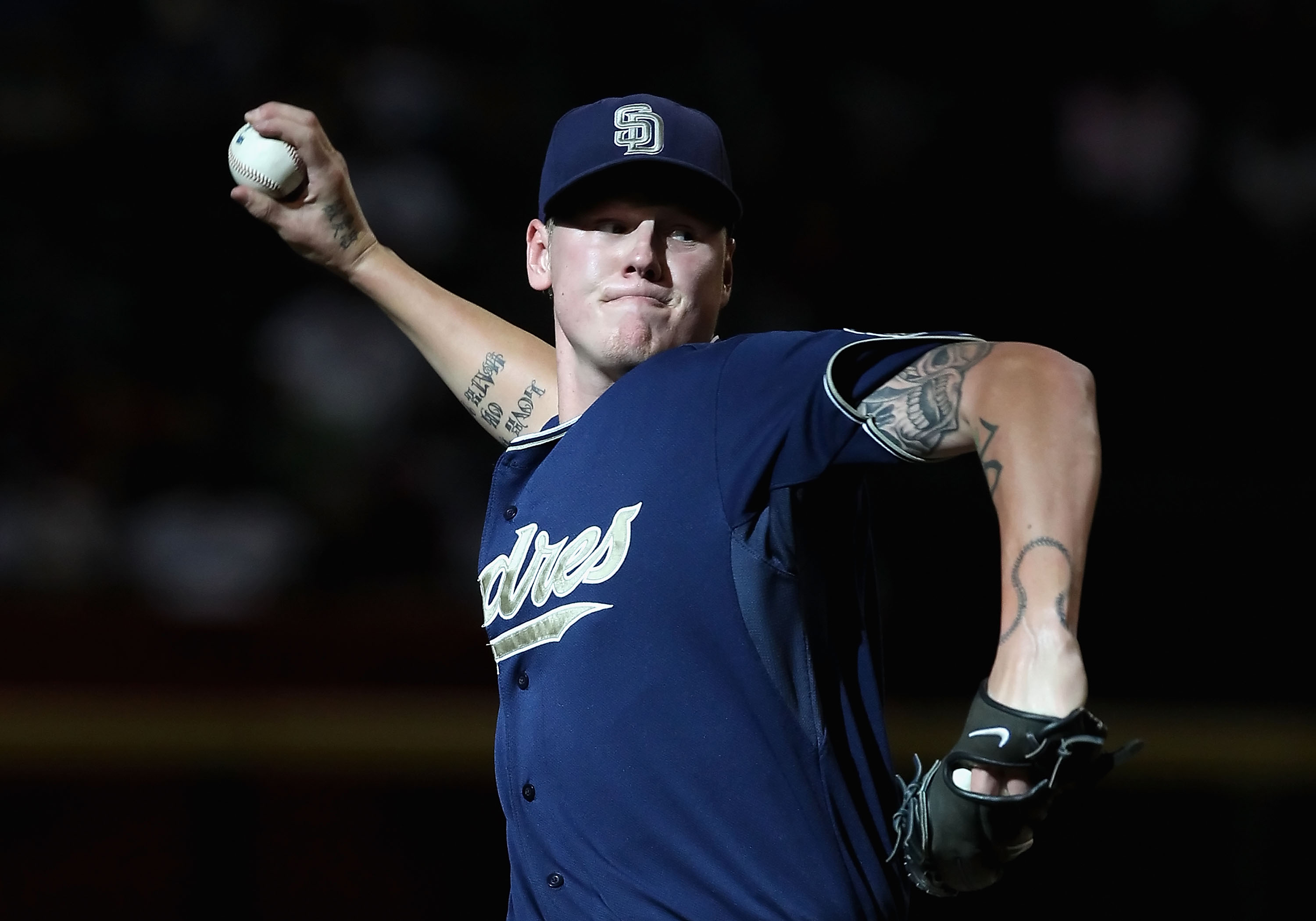 The biggest obstacle standing in the way of the Phillies ability to overcome the San Diego Padres in a playoff matchup is the ridiculous young talent that has worked its way into the San Diego rotation.

At the bottom of most people's power rankings at the beginning of the 2010 season, the Padres have shot up the standings and held their ground all season long. The pitching leadership has been there, though not necessarily from experienced arms like Jon Garland or Chris Young.

More inexperienced arms like that of Mat Latos and Clayton Richard have really led the way for this team, performing like veterans all season.

Latos, in particular, has been dominant.

He leads the National League with a 2.21 ERA and 0.95 WHIP, having walked just 43 batters to 170 strikeouts in 162.2 innings of work. He has lost twice to the Phillies this year, but has pitched well regardless. With his emerging leadership alongside that of Richard, they compose a one-two punch that could be lethal against the Phillies come playoff time.

This rotation hasn't stifled opposing lineups this year for nothing. They won't let up if the Padres can charge into postseason play.