Top of the Heap: How the Los Angeles Angels' Starting Rotation Stacks Up in 2011 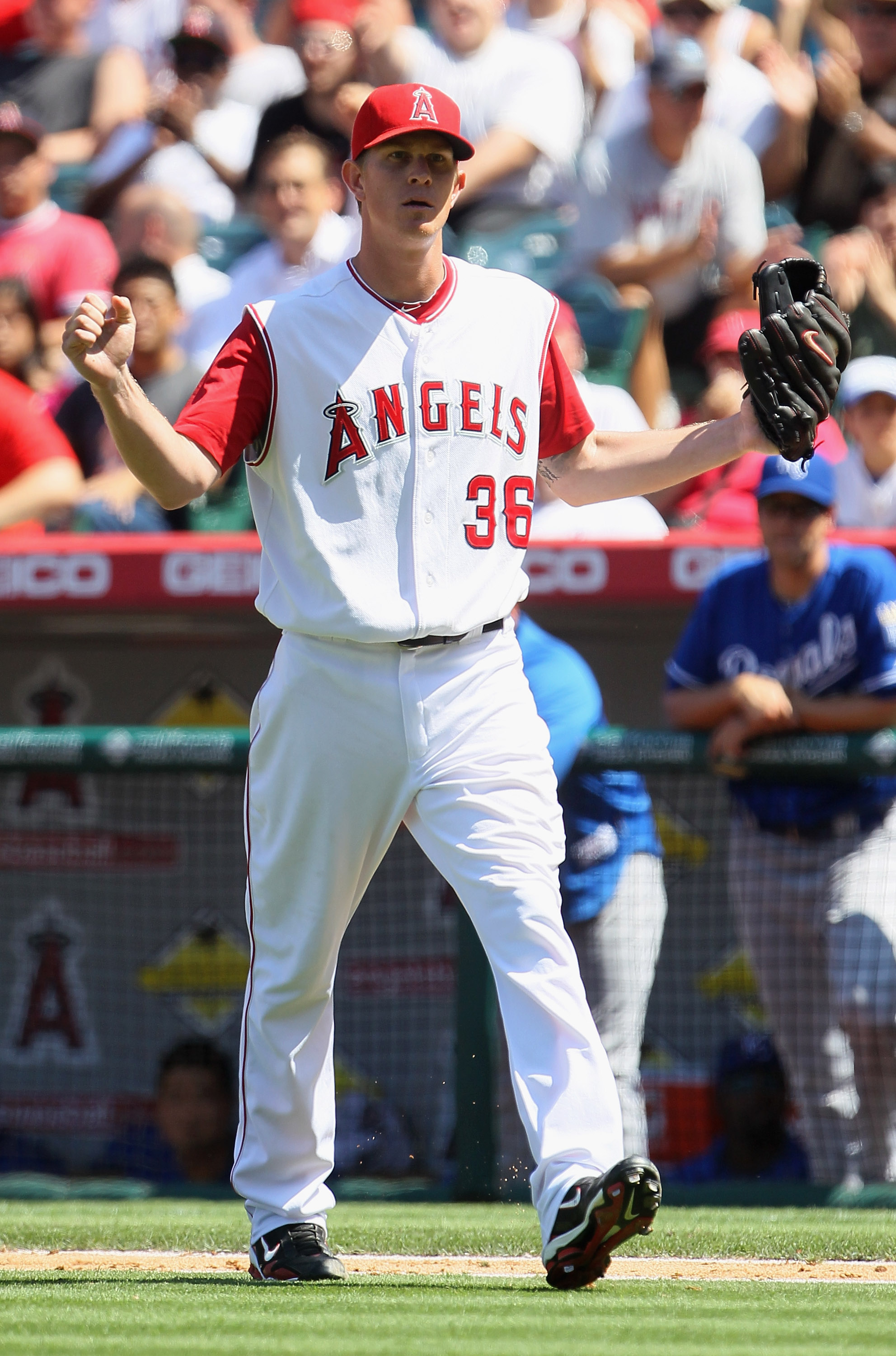 The 2010 season for the Los Angeles Angels could best be described in five words: Nightmare on Gene Autry Way.

Coming out of the gates in April, the team stumbled to a 12-12 start. May greeted them with a rude awakening, a six-game losing streak.

Fighting to claw back to .500 and a semblance of respectability, the end of the month brought the Halos to their knees when they lost Kendry Morales to a season-ending broken leg, brought on by a victory celebration at home plate following a walk-off grand slam home run.

While the month of June brought smiles to Halos fans with an 18-9 record, another team to the Southeast was making noise as well. The Texas Rangers were not only playing well, they were also outplaying the Angels and leading the American League West.

July spelled out disaster for the Angels. With a 9-17 record for the month, they were facing an unfamiliar situation. Only two times since winning the World Series in 2002 have the Halos finished out of the playoffs, and the start of the new decade was not looking promising in that regard.

As the Angels played themselves out of contention in August and early September, one fact became increasingly evident: Starting pitching was NOT their problem. Aside from Scott Kazmir, who has been battling command issues most of the season, the starters collectively have received terrible run support since the All-Star break.

With the exception of Jered Weaver, who is arbitration eligible, all of the Angels' starting pitchers are locked up by the Halos for next season. Judging by their performances thus far, they will be one of the strengths of the team for 2011.

In fact, their rotation could be one of the best in all of baseball. 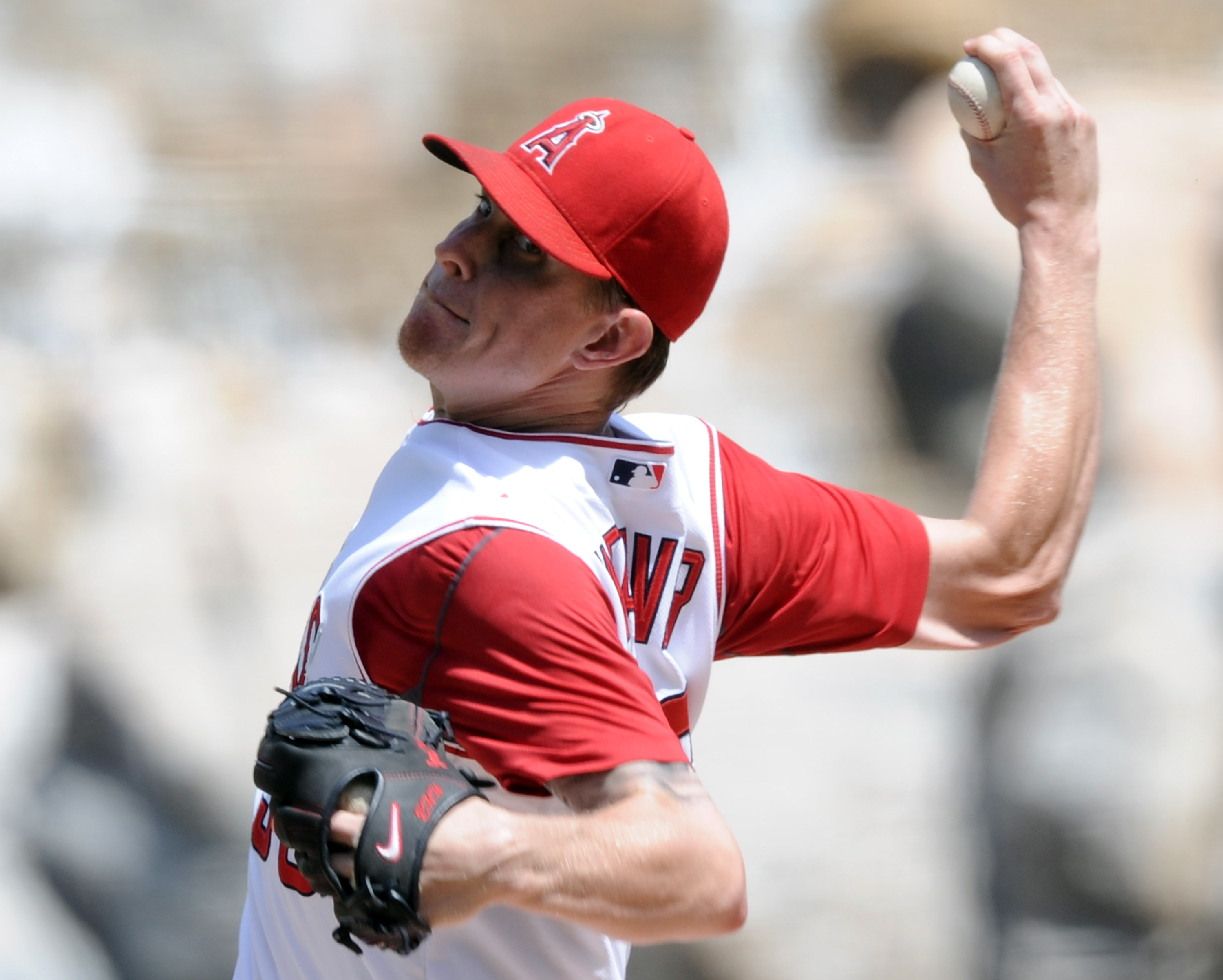 Yet he only boasts a record of 11-11, largely due to terrible run support. Since mid June, the Angels have given Weaver a total of 26 runs in his 14 games started, an average of 1.86 per game.

Weaver has held the opposition to three or fewer runs in 22 of his 29 starts this season, exactly the type of pitching one would expect from an ace. If Angels general manager Tony Reagins can upgrade the lineup behind him, Weaver will be a dominant pitcher next season and a potential Cy Young candidate. 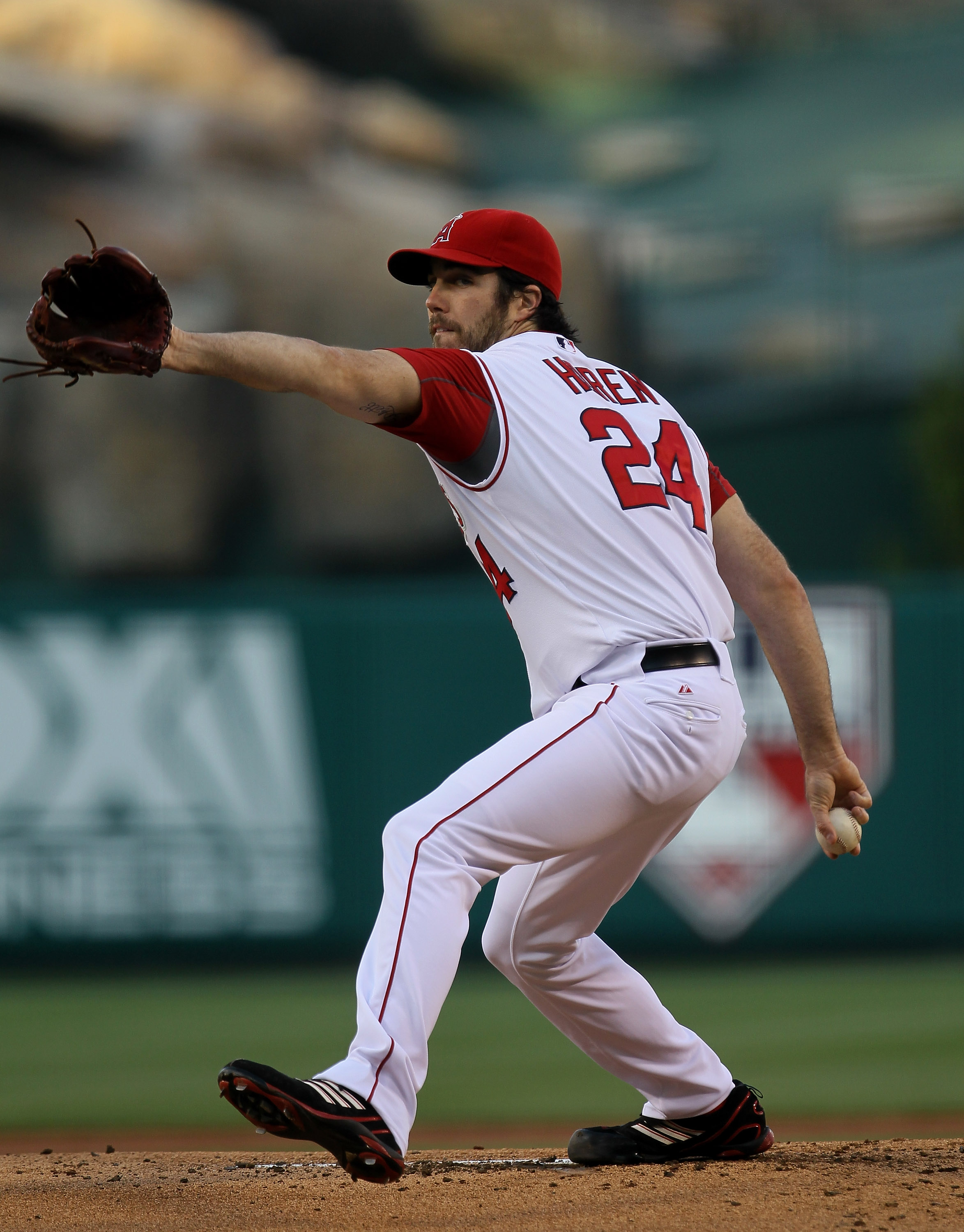 When the Angels acquired Dan Haren on July 25 from the Arizona Diamondbacks, they believed that they were receiving a pitcher that would complement Jered Weaver at the top of their rotation and give the Angels a potent one-two punch that would rival that of any other top two starting pitcher combinations in the American League.

Haren has done nothing to disappoint in that regard. After floundering through a tough first half with the D-Backs (7-8, 4.60 ERA), he has posted a 3.39 ERA with 49 strikeouts and just 15 walks in 61 innings pitched since being traded.

But he has suffered the same fate as his teammate Jered Weaver: lack of run support. His last two games alone support that fact, giving up just two runs in 14 innings, with the Angels losing both games.

Since 2005, Haren has not missed a start, and with an average 6.2 innings per start, he affords the Angels opportunities to win every time he's on the mound. 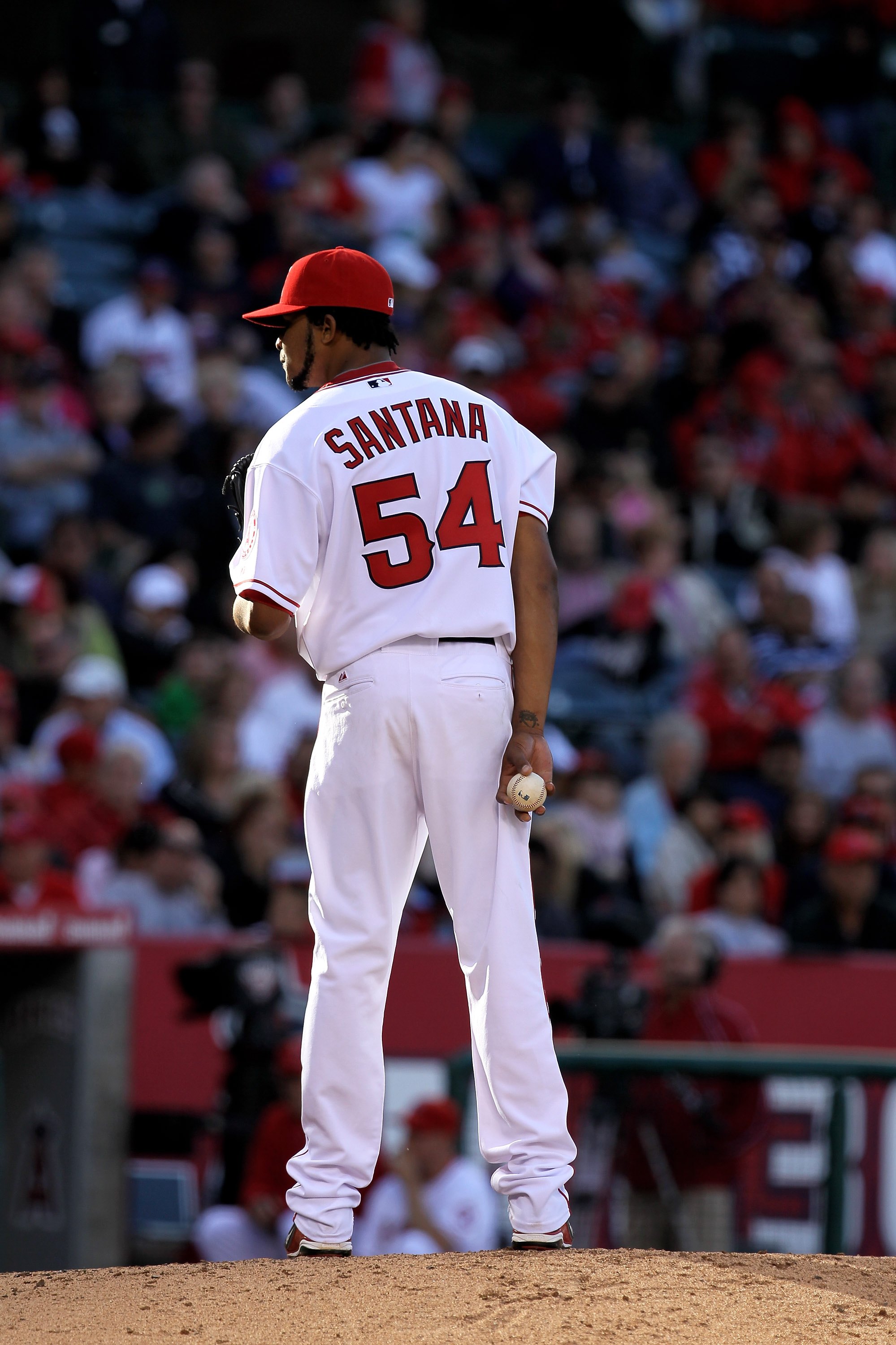 Although his K/9 innings ratio has dropped from his stellar season of 2008 (6.97 compared to 8.80), Santana keeps hitters off balance with a sharp 12-6 curveball and hard-breaking slider against right-handed hitters.

Getting 16 or 17 wins from a No. 3 starter is never a bad thing, and having consistency like that in the middle of the rotation gives the Angels another edge over many other staffs. 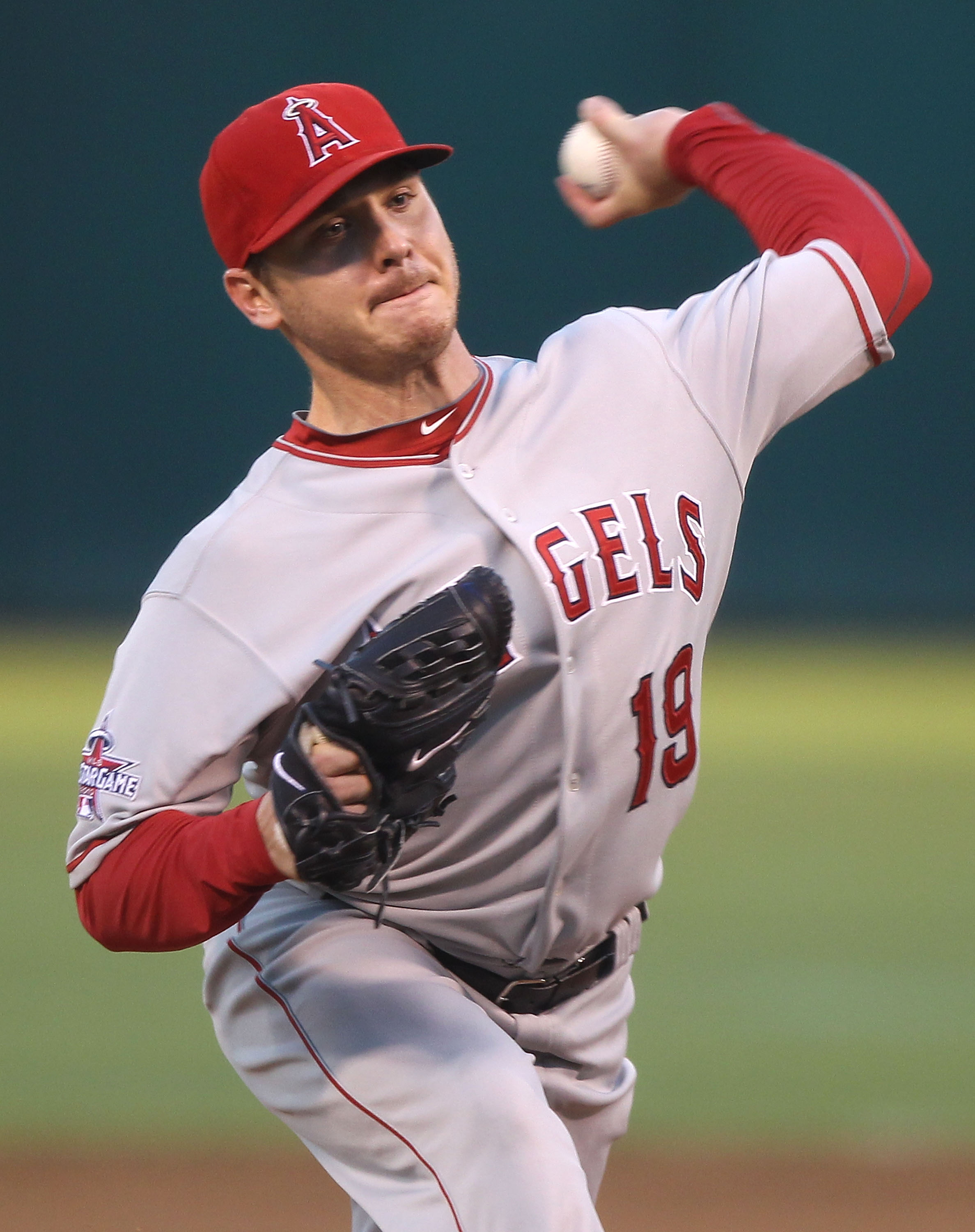 When Angels general manager Tony Reagins pulled off the deal to acquire Kazmir in August of last year, he was certainly expecting the dominant pitcher of 2006-08 who averaged well over nine K/9 innings and displayed a nasty slider with excellent command.

While showing promise last season in six starts with the Angels after being acquired from the Tampa Bay Rays (2-2, 1.73 ERA), Kazmir has suffered through a miserable 2010 campaign. An 8-13 record, 6.19 ERA, a 78:68 K:BB in 125 innings, and two stints on the disabled list—not exactly what Reagins had in mind when he traded for him.

Kazmir projects as the No. 3 or 4 starter in the rotation in 2011, behind Jered Weaver and Dan Haren. If he can somehow recapture his velocity and command, Kazmir can once again be the lefty that no one wants to face. 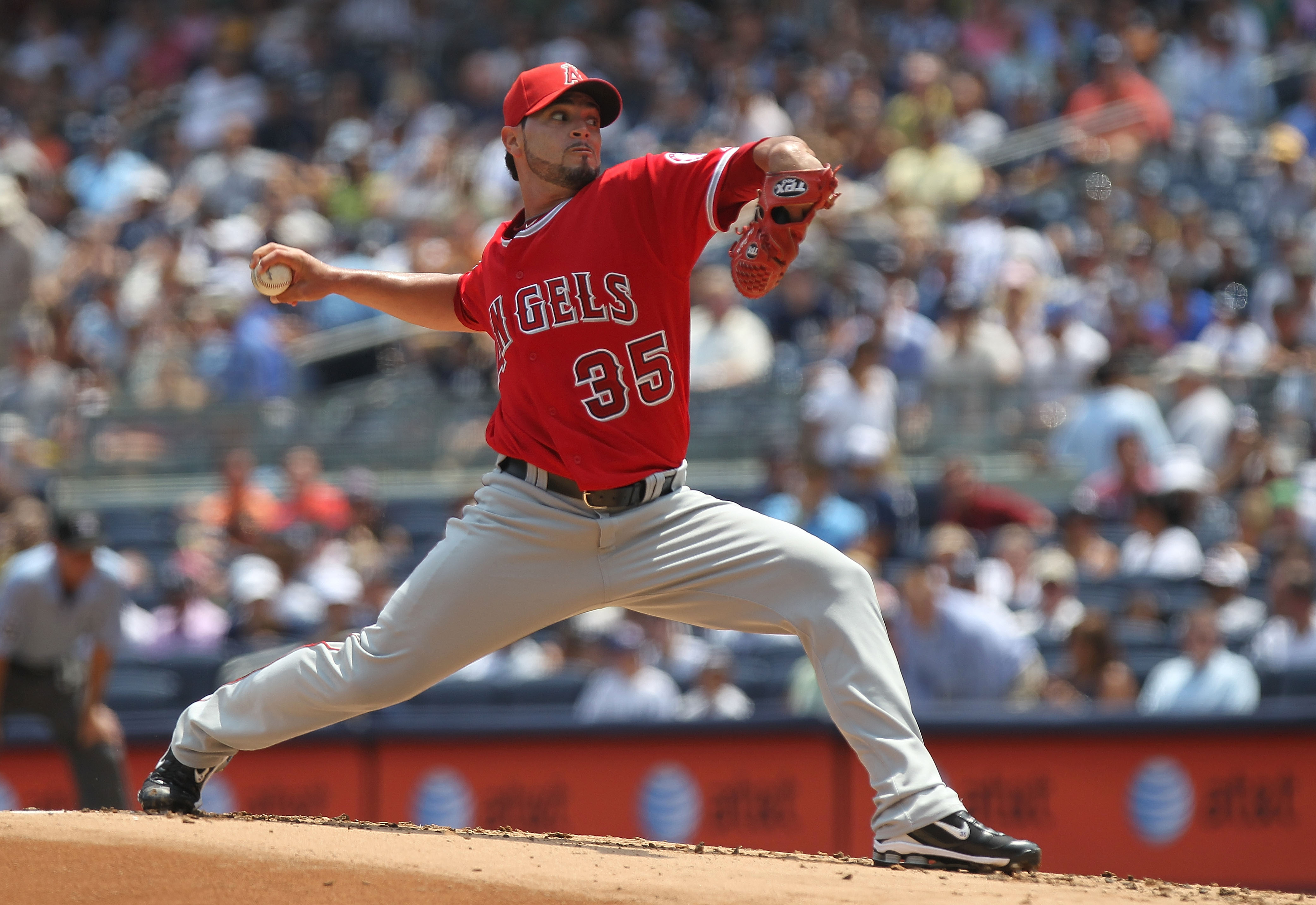 Pineiro, who has been out since July 21 with a strained left oblique, had been hot before going down with the injury, going 6-1 with a 2.83 ERA in his last eight starts.

He is expected back in mid September and will certainly be a reliable bottom of the rotation starter for the Angels in 2011.

Pineiro's GO/AO ratio is a respectable 2.02, and he induces a fair share of double plays. He has proven to be a reliable innings eater, averaging 6.1 innings per start over his last three seasons. 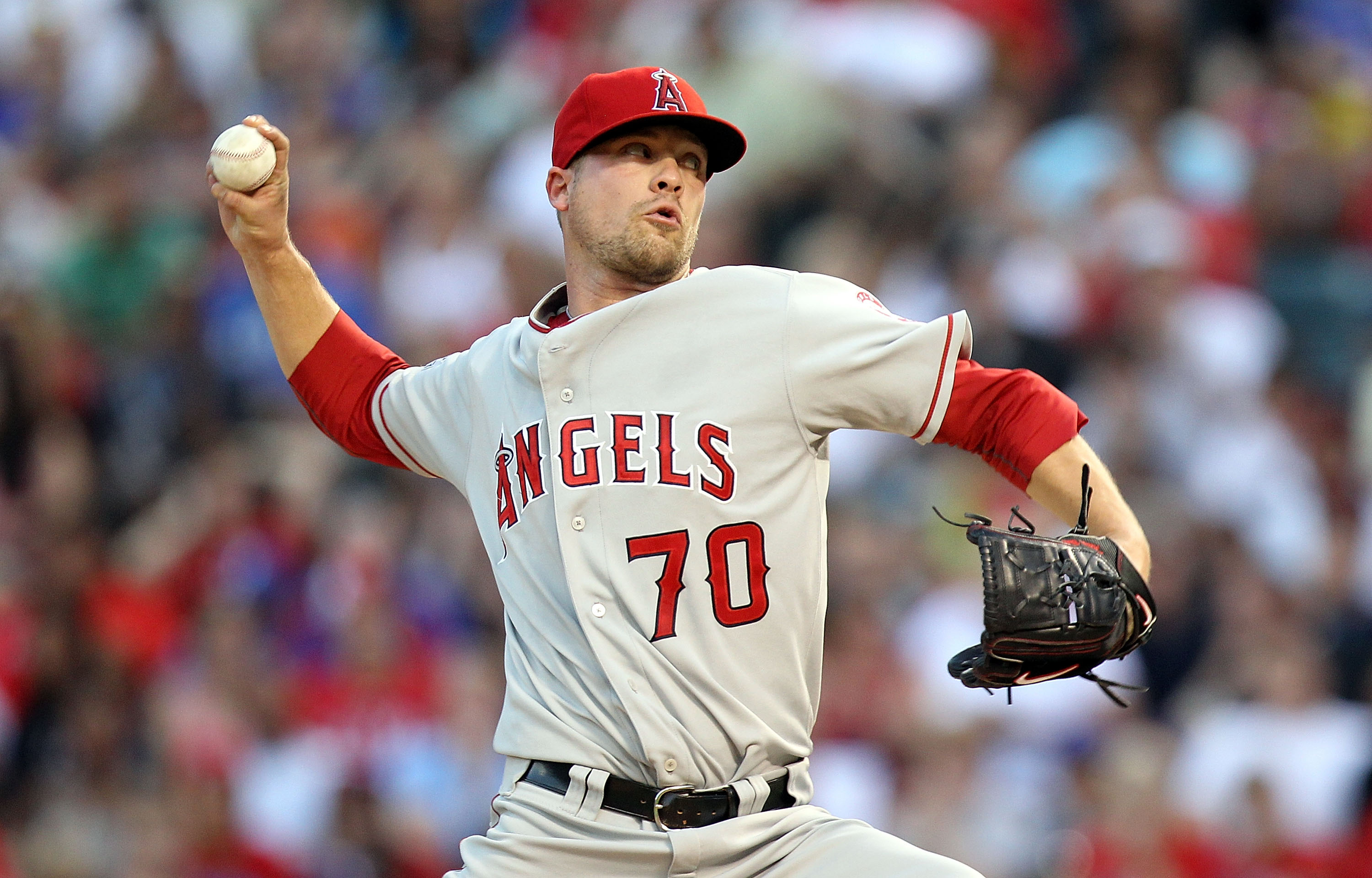 Bell has shown mixed results in his brief stint as a starter this season. In his last three starts, he has pitched into the sixth inning, giving up just two earned runs in each of them.

Bell has a fastball that can reach 92-94 MPH and also features a slider, curve, and changeup. When he learns to maximize full command of his repertoire, Bell can absolutely be an effective back of the rotation pitcher for the Angels in the future.