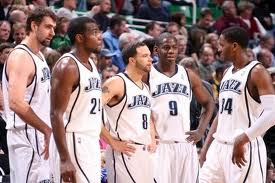 In this slideshow, I will not be discussing some of the teams that everyone seems to be talking about (namely the Thunder, Heat, Bulls, Knicks, etc.). I have done a great deal of thought on this matter and have compiled a list of teams that are bound to surprise next season. If someone else has already addressed the topic, I apologize, but these are my own picks. 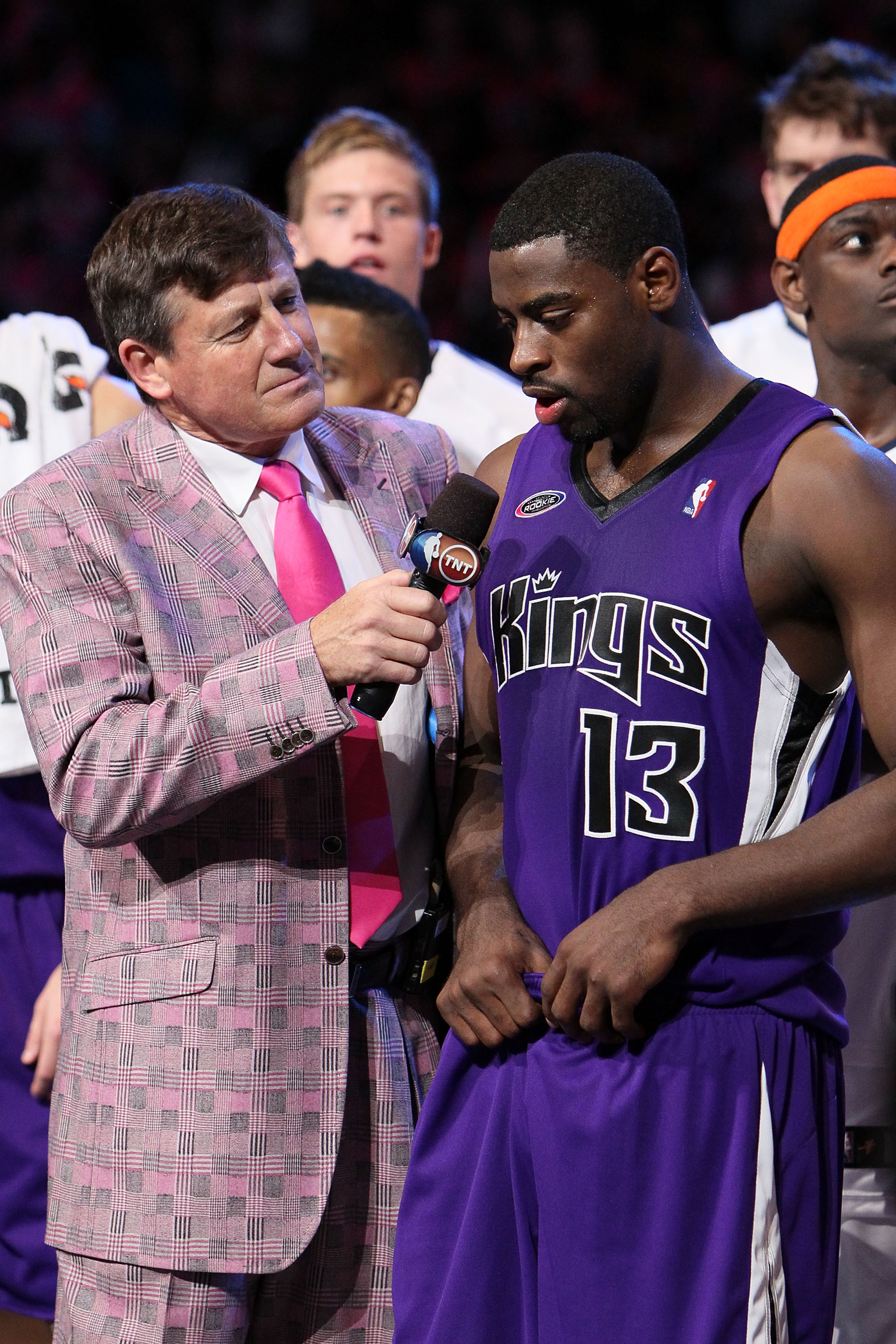 This team is on the verge of being a fantastic team. At this point, they have a great young nucleus and a few veteran guys that will help push this team to the next level.

It all begins and ends with Tyreke Evans. He is and will be the superstar for this team for years to come. He was scary last year with averages of 20-5-5 as a rookie. This guy is only going to get better as the years go on. Sacramento has started to build this team around Evans (notice how they traded away Kevin Martin).

The Kings also drafted one of the most NBA-ready prospects in the draft, DeMarcus Cousins. Cousins may not start right away with Carl Landry above him, but expect him to steal the spot away before season's end.

The team pulled off a great trade with the acquistion of Samuel Dalembert, a fantastic defensive center who is a huge improvement on Spencer Hawes. This team is very deep in the frontcourt with Dalembert, Landry, Cousins, and Jason Thompson. The backcourt isn't too shabby either with Evans, Beno Udrih, Donte Greene, Omri Casspi, and Fransisco Garcia.

If this team can find themselves an upgrade at the point guard position, they will contend for a playoff spot. But as they are, this team will just barely miss a playoff spot (or perhaps even grab the eighth spot in a tough Western Conference). Even so, the team out of Sacramento will be a lot better than most people expect. 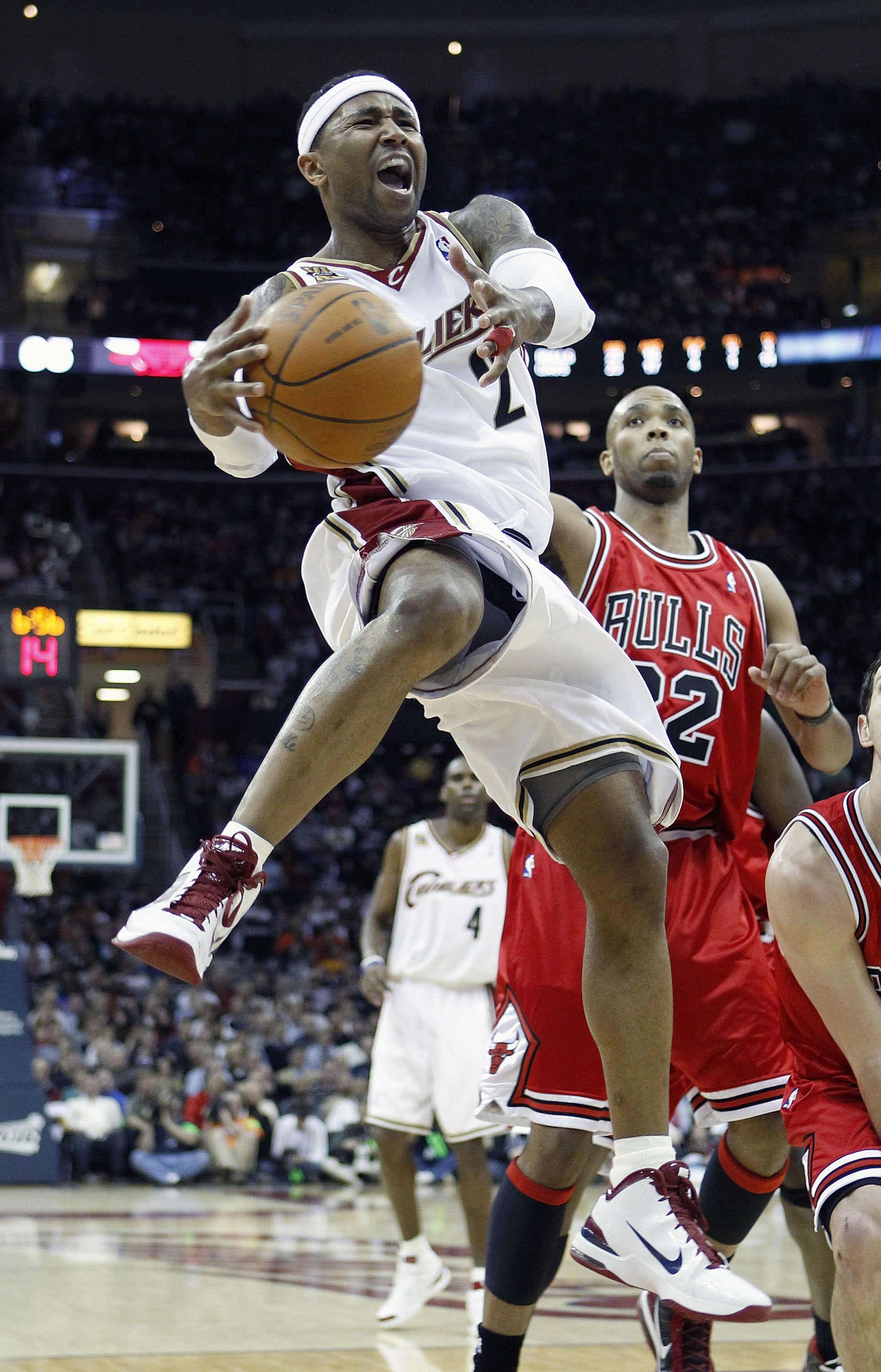 I recently read an article saying that LeBron's old team should barely make it to 12 wins next season. Am I the only one who thinks that prediction is just ridiculous? As bad as it was for Cleveland when LeBron left, I still believe this team isn't horrible without him.

They have a couple of past All-Stars in Antawn Jamison and Mo Williams. Byron Scott is their new coach and his style of coaching should suit the play styles of Jamison and Williams a lot better. Besides, the two had to play second and third fiddle to LeBron James all season. Now that the offense will focus on them, their numbers should skyrocket.

The Cavs also sport a couple of high-potential young guys like JJ Hickson, Ramon Sessions, and Daniel Gibson (who has disappeared in the Cavs rotation). Add in the hustle play of Anderson Varejeo and this team isn't bad at all.

It is highly probable that Cleveland could snatch themselves a playoff berth as early as next season... 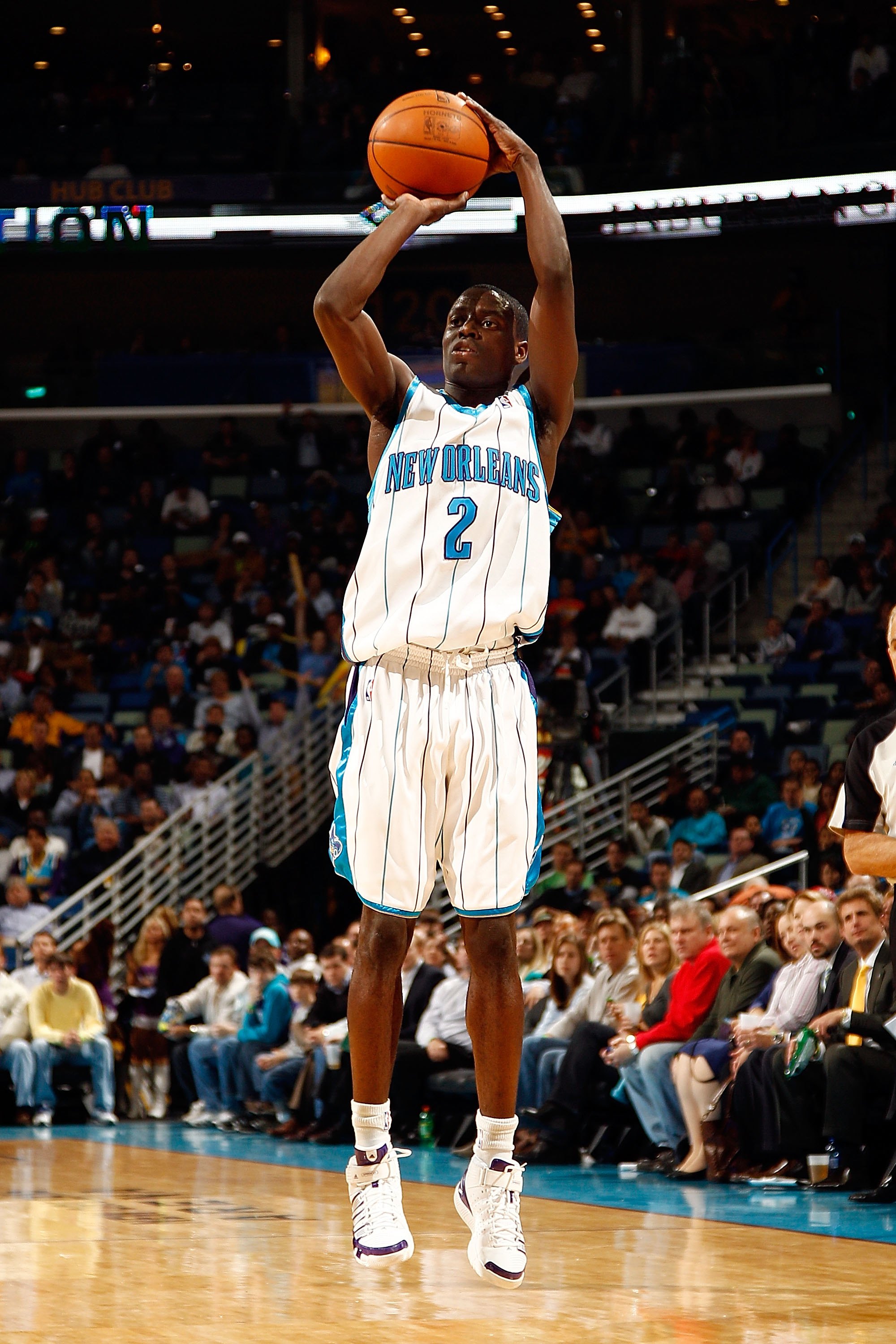 The main reason I picked this team is based solely on the guy featured in the picture. Darren Collison. The Pacers have been seeking out a point guard for who knows how long....and they have finally found him.

Darren Collison is their guy of the future. Pair him alongside of Danny Granger and a vastly improving Roy Hibbert....this team could be dangerous. With the trade of Troy Murphy, the Pacers do lack a decent power forward (especially with Hansborough experiencing vertigo). If they get themselves a decent fill-in at that spot, then I foresee this team going as high as a seventh seed in the Eastern Conference.

Collison will be the Most Improved Player next year, since Indiana should insert him straight into the starting lineup over TJ Ford who will fill in the backup role. I expect him to put up Deron Williams-like numbers in his new role. You may think that's preposterous, but it just seems realistic to me.

Indiana just needs one more piece. With an offense revolving around Granger and Collison, this team might also do some serious damage. 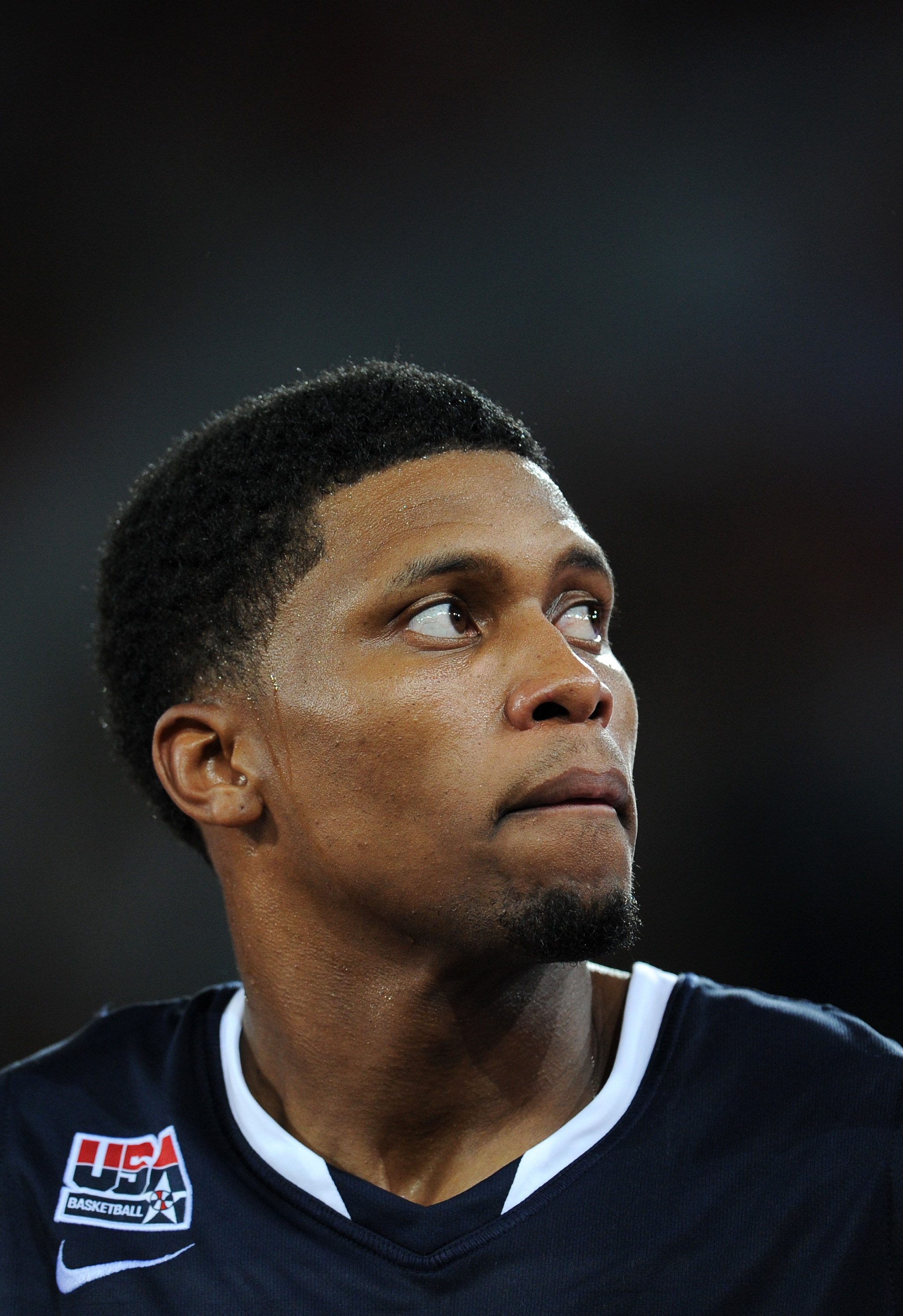 Coming off of some valuable experience gained during the FIBA World Championships and a HUGE new contract, Rudy Guy is ready to get this team over the hump.

These guys are young, hungry, and loaded with talent. We saw a glimpse of what they were capable of last season when they exploded on their win streak. This team is returning mostly intact and with one more year of experience. OJ Mayo looks to come back to form, Zach Randolph is starting to mature, and Mike Conley seeks to prove his high selection in the Draft a few years back.

Doesn't this starting lineup seem pretty scary to you?

They also possess their number two pick, Hasheem Thabeet, who has yet to prove anything. He still is a pretty massive project, but may be able to contribute even more next season.

All-in-all, this team is very well put together, seem to have great chemistry, and could find themselves in the thick of the playoff race next season. 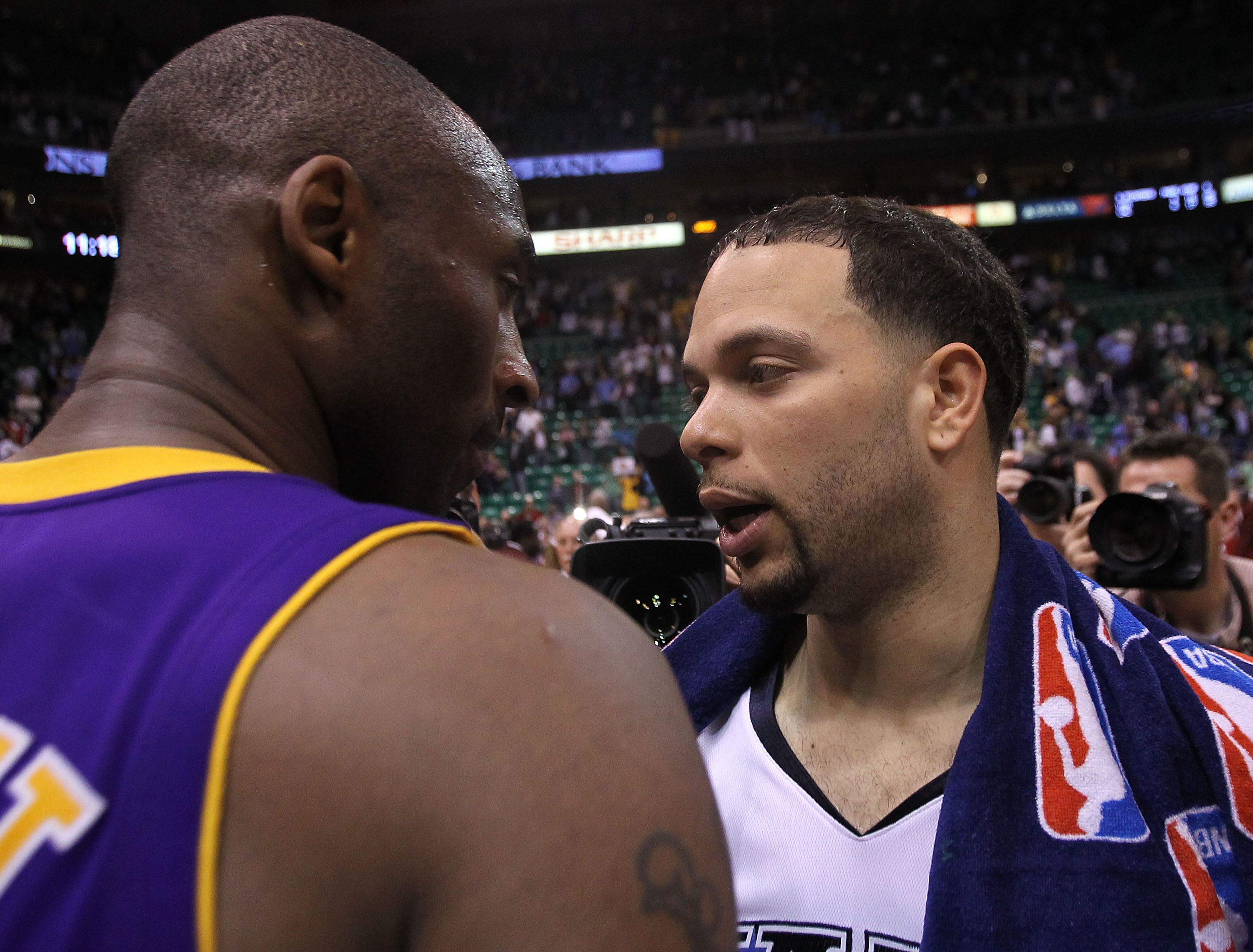 You know what Deron Williams is saying to Kobe Bryant in that photo?

"Don't get too comfortable at the top."

Every year it is the same. The Jazz are overlooked. It seems they never get the love they deserve. This team has been one of the most consistent teams in NBA history and have the longest-tenured coach in all of sports, Jerry Sloan. He has been at the helm of the Utah Jazz since the year I was born (1988). That's 21 years! Out of those 21 years, the Jazz have been in the playoffs 20 times. That is consistency.

Deron Williams is the best point guard in the NBA and received a free gift in the mail when the Jazz traded for Al Jefferson (who is a huge improvement over Carlos Boozer). Jefferson comes to the team after having only played on losing squads. The guy wants to win now. Enter Raja Bell, Fransisco Elson, and Gordon Hayward and the Jazz have essentially the same squad they had last year. But they will be significantly better.

This all depends on the emergence of Paul Millsap. He signed a hefty contract a year ago, and looks to finally prove his worth. The Jazz should insert him into the starting lineup at the four with Jefferson at the five. Expect Millsap to average about 16 points and 10 rebounds next year and be a candidate for Most Improved along with Darren Collison.

CJ Miles will also continue to improve and we can't forget about Okur on the bench. Andrei Kirilenko is going into a contract year and looks to improve significantly if he hopes to get a decent payday.

Utah= third best in the the Western Conference perhaps? Not as crazy as it sounds.