Oakland Raiders : Don't Close the Door on Nnamdi Asomugha Yet All I've heard around the football media is how Nnamdi Asomugha will not be an Oakland Raider in 2011. Many have said the signing of Stanford Routt means they are preparing for life without Asomugha.

Some have even gone as far as saying that Al Davis overpaid Routt to throw it in Asomugha's face. Kamerion Wimbley was franchised for $11 million for 2011 and many cite that as more of a reason for Asomugha's departure.

None of that means Asomugha is leaving.

In fact, there are plenty of reasons to believe he's staying.

Turn the page to see what those reasons are. 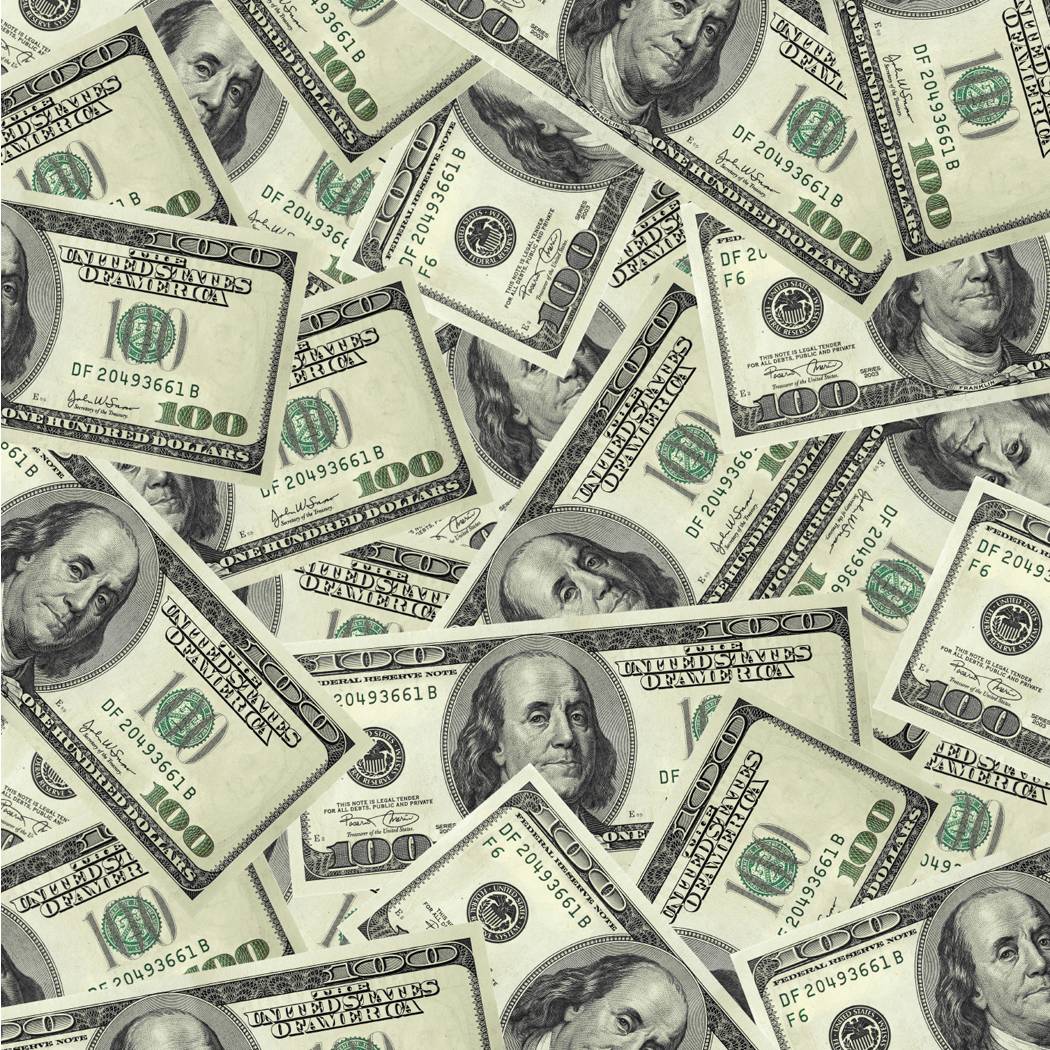 Many believe that all the spending Al Davis as been doing so far this offseason eliminates Asomugha from the Raider roster. But after doing some poking around, I've found that Asomugha is far from eliminated.

It would be pretty hard for me to predict what the salary cap will be in 2011, but it can't be too far under the $152 million the Raiders spent last year. Let's look at the spending and players moving to see where the Raiders are in regard to last year's payroll.

The amount the Raiders will save from all these players salaries ends up at around $26.7 million. Fargas, Walker and Russell didn't even play for the Raiders last year but received their guaranteed money.

If Asomugha decides to stay in Raider Nation, you can add Chris Johnson's $6 million salary because he will be cut. His guaranteed money has been paid to him already, so Johnson won't remain on the Raiders' books. That leaves the Raiders at $32.7 million of dead-weight salary off of the books.

That is a total of around $26 million and leaves the Raiders around $6.7 million under last year's total if Asomugha is kept with the same salary as last year. 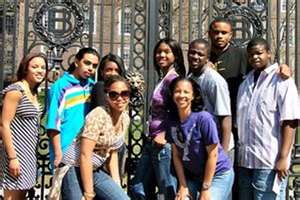 Asomugha is a finalist for the Walter Payton Man of the Year almost every year. This is because he works hard in the community, taking kids from inner city Oakland to various colleges to get to taste of what college is like.

You can tell on one of his television appearances that he is just as emotionally involved as he is financially. You can also tell that the kids and parents of these kids have a genuine love for Asomugha as well.

Plus, he is literally a California kid.

He went to the University of California, Berkley after also attending high school in California. This means that his family is in California as well and it's much easier to get your family to home games in the same state or area.

California is just a different place to live anyway and adjusting to other states can be difficult. 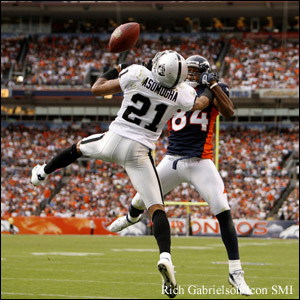 Asomugha has gone on record as saying that he is excited about the direction of the Raiders. After all of the miserable seasons of losing with the Raiders, he helped his Raiders break through with an 8-8 season.

It's about much more than finally going 8-8 though.

It's about going 8-8 with a very young team that improved dramatically and wasn't too far from going to the playoffs. Now he can look at the current Raider roster and really see how close he is to contending with the Raiders.

The Raiders could contend without him but will go much further with him next year. 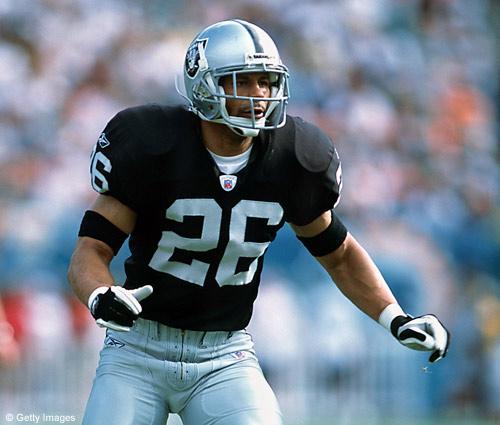 Asomugha has once spoken on record about what it would be like to play with former teammate Charles Woodson. He also spoke of the influence he had on Asomugha when he was young.

But Woodson plays on a great Green Bay Packer team that isn't in any need of corners. However, there is another Woodson out there that had an even bigger influence on Asomugha as he was a veteran with the Raiders when Asomugha first got there.

Asomugha gives Rod Woodson the most credit of anyone for his development into the player that he is today. Now, Rod Woodson will be the defensive backs coach of the Raiders—and I'm sure he hasn't taught Asomugha everything yet.

For years, Asomugha has wanted to shadow the best receiver the opposing team has. And to show for it, he got a few opportunities to do so in 2010.

Woodson, while an NFL analyst, has rated Darrelle Revis and the other Woodson ahead of Asomugha because he wants to see Asomugha take the opponent's best receiver all game.

I'm sure that Asomugha will get that opportunity as well as others with Coach Woodson on board. 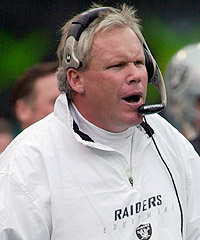 Among those other things is a chance to mix up coverages to get a chance to get more interceptions. Asomugha has also spoken of his desire to do that over the course of his career in Oakland.

Rod Woodson has said, "We're going to do some things a little different this year. We're gonna mix things up so guys can get a chance to face the quarterback and make plays on the ball."

Chuck Bresnahan is now back in Oakland as he was the Raiders' best defensive coordinator in the last eight years. Bresnahan was able to mix things up a bit during his last stint in Raider Nation.

I'm sure he and Woodson are looking to cook up some different coverages as I write. Remember: Woodson played under Bresnahan, Dick LaBeau and Dom Capers.

They have something on the way. 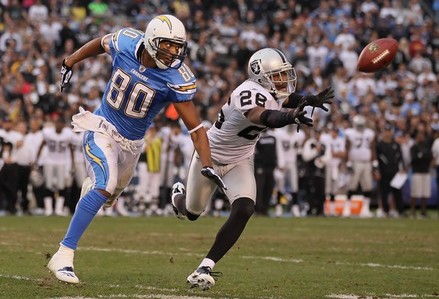 I just recently read an ESPN article on how the Raiders supposedly made it harder to keep Asomugha with fellow corner Stanfor Routt's big contract. I happen to think that Routt's new contract will make it harder to lose Asomugha.

If Routt got $10 million out of Davis, Asomugha will get considerably more. The elite teams all have a franchise quarterback and others to pay, so they don't have that kind of money to give to a corner.

The Jets think they have the best corner in the NFL and they won't give him what the Raiders gave Asomugha. I just can't see Asomugha going to an average team for big money either, as his wish is to contend.

Remember: Davis doesn't like to lose players—especially not great ones.

Finish What He Started 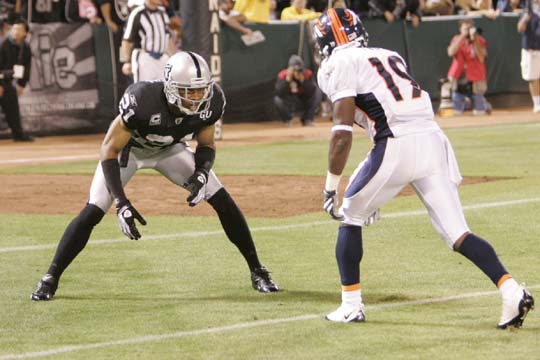 Asomugha has been great for so long and has done his part to help the Raiders be respectable again. The fact that it didn't work out so well is not his fault, but it looks as if things are much better.

Asomugha wasn't always that great himself because he switched from safety in college to corner in the NFL. But he stuck to it as a corner and ended up becoming the best in the game today.

I believe it is his desire for the same thing for the Raiders and he now has players to help him turn it around. 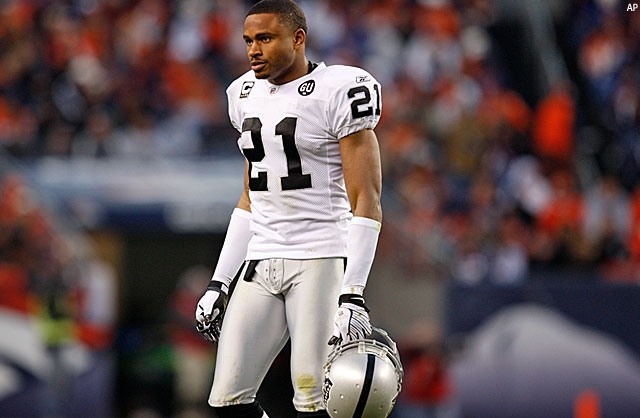 Asomugha has a whole lot to be thankful to Al Davis for.

He was projected as a safety out of college and most safeties are drafted in the second round. Davis took Asomugha in the first round with the vision of him one day becoming a dominant corner.

He saw something in Asomugha that he didn't even see in himself and now he's one of the game's best and highest paid. He would not be who he is as a player or a bread winner if it were not for Davis.

Asomugha is a stand up guy, so I'm sure gratitude and loyalty will come into play.

He also knows how Davis treats his former greats for their loyalty. 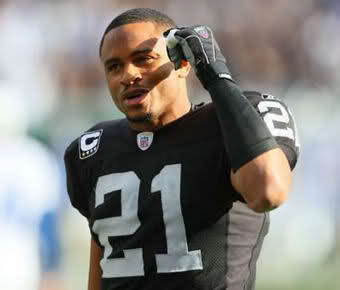 Asomugha definitely has a lot to think about.

If he goes to a contender, he will have to take less money as the Raiders look poised to take that step now anyway. He is deeply embedded in the community and has built many relationships throughout the Bay Area.

He also has his family in California that he likes to have near.

He also has had an owner that has done nothing but show him love throughout his career.

So don't close the door on Asomugha just yet.