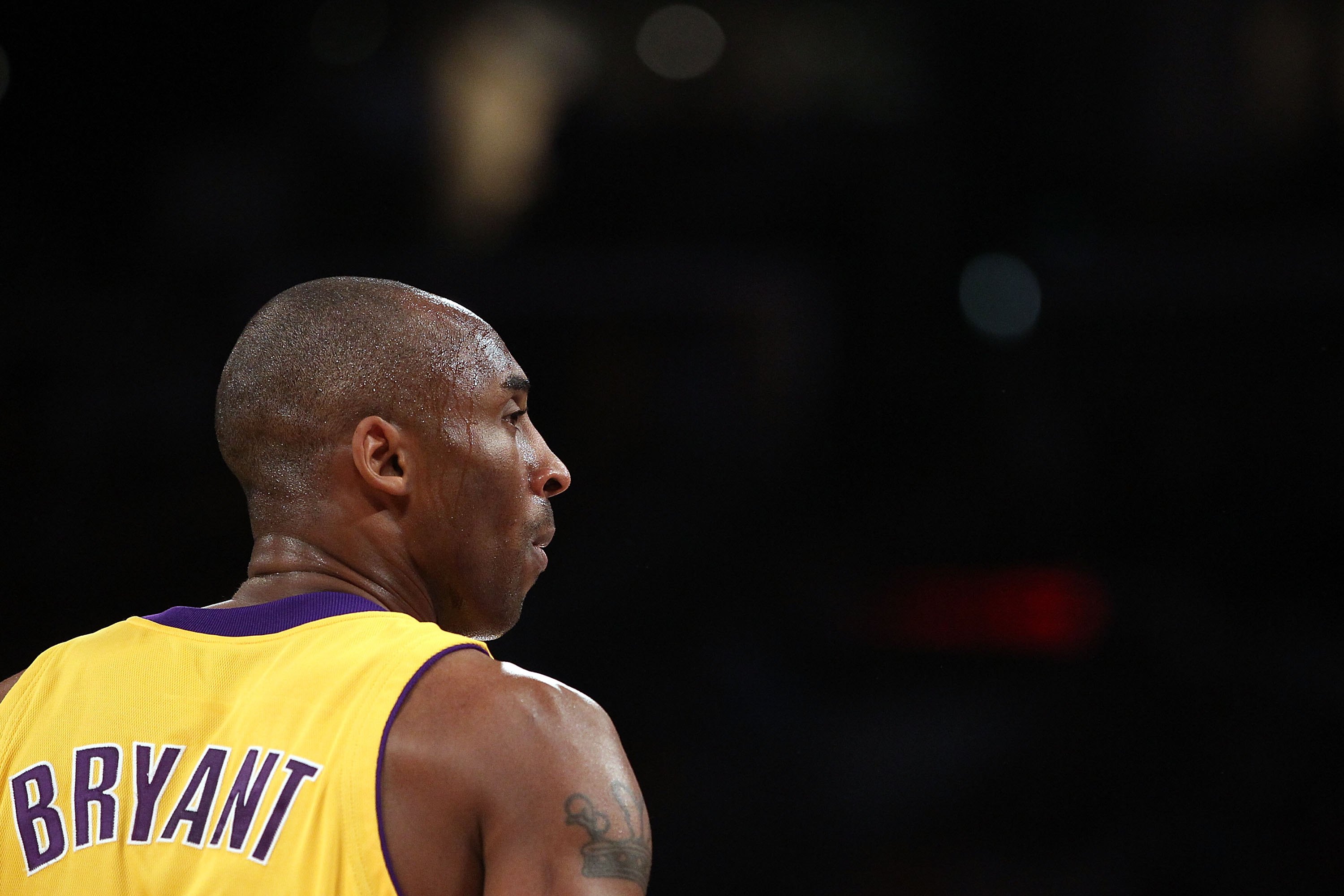 Last season, LeBron James ran away with the MVP award. It got to the point where analysts weren't debating who the MVP was, but rather if voters would unanimously pick James.

LeBron wasn't unanimously voted in as the MVP, but he was rather close (something like 116 of 123 votes in favor of James).

As every fan knows, James decided that winning a championship in Cleveland was impossible, so he jumped ship for Miami, where he will join forces with Chris Bosh and hometown favorite Dwayne Wade. Everyone knows that this is D-Wade's team, especially after Flash brought a championship to Miami in 2006.

How will LeBron take a back seat to Wade when he's been "the man" for seven years now?

That isn't even the most problematic question facing the Heat next season. How will LeBron and Wade share the ball, as both are most effective dominating the ball? Who will take the last shot at the end of the game? How will Miami take criticism after having all their losses scrutinized by fans and analyst alike? These are some questions that LeBron and the Heat will face all season.

Kobe Bryant and the Los Angeles Lakers will not be facing these type of questions, as they have already proven to be championship worthy.

The Lakers have won the last two championships and hope to three-peat, as this is most likely Phil Jackson's final year of coaching. Mitch Kupchak, Lakers general manager, has done a splendid job in acquiring veteran talent that should help L.A. in their quest for third straight title.

This Lakers team is ready for any challenge ahead, and that includes the very shiny Miami Heat.

A lot of analysts believe that with Lebron's departure from Cleveland, the MVP race will now be wide open. While that is somewhat true, I only believe the race comes down to either Kobe Bryant or Kevin Durant.

Durant had individual and team success last season, as the OKC Thunder surprised many ball clubs who still believed them to be doormats in the tough Western conference. Kevin Durant and the OKC Thunder should have continued success but they haven't improved enough to be considered a legit threat to the Lakers.

Yes, they could give the Lakers a real scare, but I highly doubt they'll be a top-two seed in the West.

Kevin Durant and the OKC Thunder will need to be a top-two seed in the West for experts to consider Durant as the MVP over Bryant. If Bryant and the Lakers stay relatively healthy, they will walk away with the top seed in the West, therefore making Bryant the likely MVP next season.

Even if LeBron and the Heat have the best record in the NBA, not one player on that team will be considered a serious MVP candidate (meaning a top-two candidate). Unless LeBron averages a triple-double, which won't happen, then the MVP award will either go to Bryant or Durant. 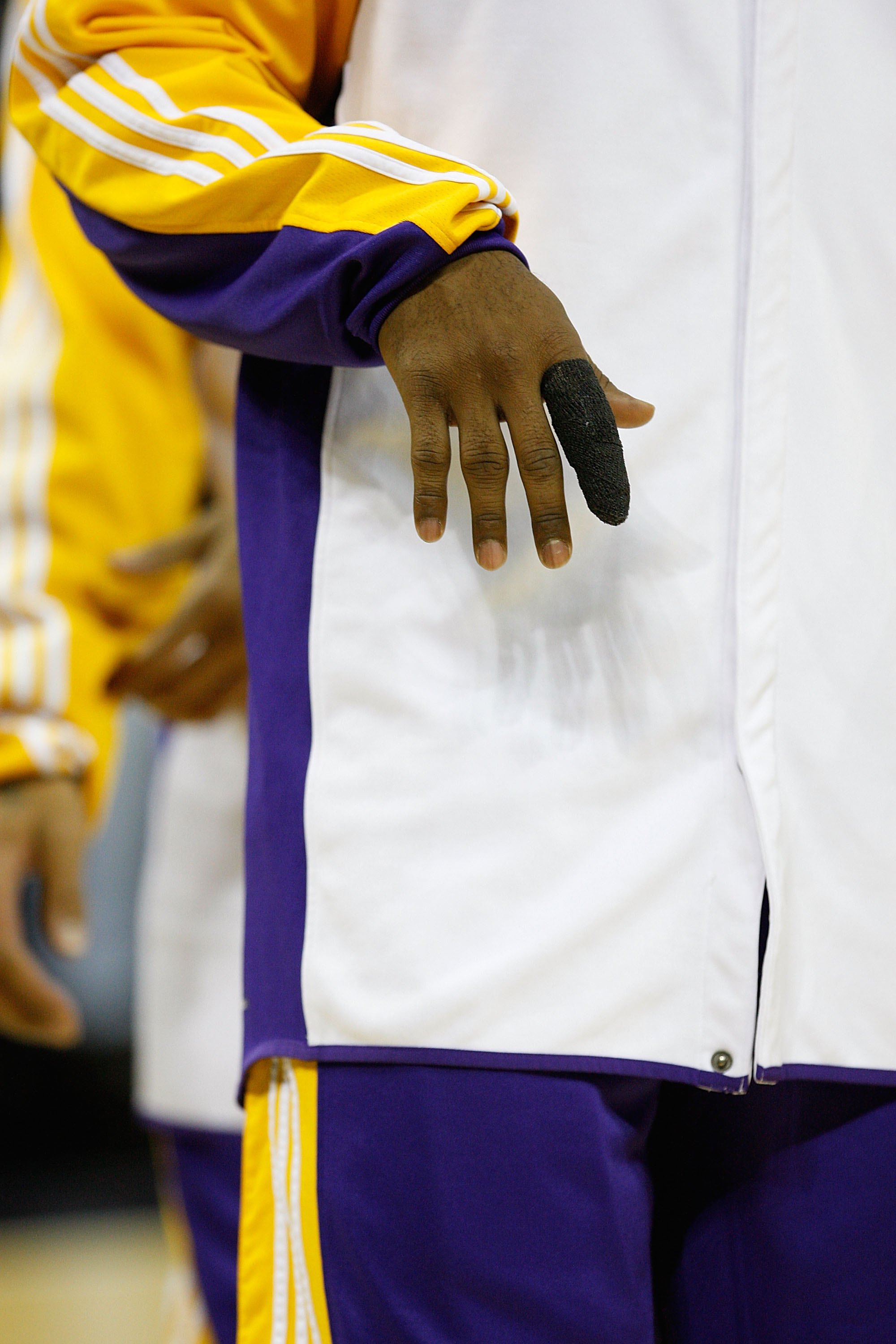 A healthy Kobe Bryant is what has fans excited and opponents scared to death.

Kobe played with a multitude of injuries last season throughout the regular season and all of the postseason. He had a serious finger injury and an aching left leg, but that didn't stop Kobe from leading L.A. to its second straight championship.

Fans could tell that Kobe's injuries were affecting his play, especially in the regular season.

Usually, Kobe would be trying to improve his game during the offseason, but this year, he decided that rest was the best option. Kobe had successful knee surgery this offseason, and that should help with the constant swelling that he experienced frequently throughout the postseason. 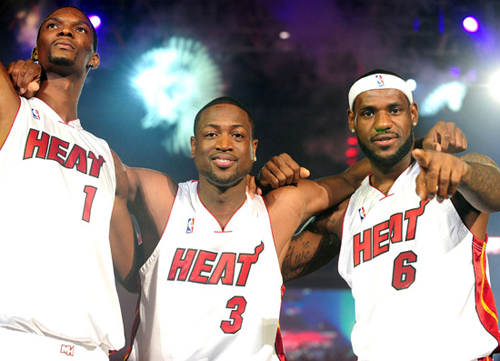 This was already mentioned before, but LeBron's departure should increase Kobe Bryant's chances of winning the MVP award next season.

With three All-Stars, LeBron wouldn't be the only valuable player on the Miami Heat. Like I said before, if Lebron averages a triple-double in the regular season, the trophy is his, but that probably won't happen.

Top Seed In The West 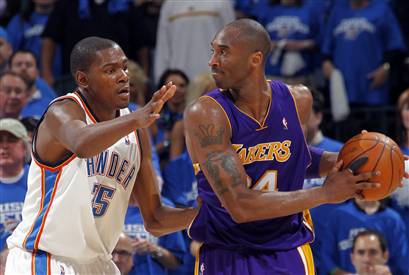 The Los Angeles Lakers will most likely be the top seed in the Western conference next season. The last three MVP award winners have had their teams on top of their respective conferences.

This is where I believe Kobe Bryant will have the advantage over Kevin Durant in the MVP voting.

The OKC Thunder are the hot pick to challenge the Lakers out West, but I just don't see an eighth seed transforming into a top-two seed within a year.

The OKC Thunder will be an improved ball club next season, but not to the point where I consider them a top-two team out West. Kobe will have his Lakers on top of the Western conference, and that team success should aid the Black Mamba in winning his second MVP award.