If TNA Copied WWE Again and Make a HOF Who Woud Be In It? Kurt Angle? AJ Styles?

The weekend before WWE's annual WrestleMania there is a certain event which takes place every year.

WWE greats like Bret Hart and Steve Austin are already in it and presumably Shawn Micheals and Randy Savage will also be inducted.

WWE/F has been around a very long time unlike TNA so it is easier for WWE to pick some one to be in the HOF compares to TNA.

TNA was founded in 2002 by Jeff Jarrett since then we have seen plenty of great enter and depart the show so that leaves us with one question.

Who would be good enough to make a TNA Hall Of Fame?

The legendary icon who has had so much success in this industry without ever stepping foot inside a WWE/F arena for that reason alone he desereves a spot but here are a few more reasons why the "icon" would be garunteed a place in the HOF.

Former WCW man Sting has been apart of TNA Impact for seven long years since in this time we have seen him engage in a very intresting feud with former WCW star Jeff Jarrett.

Sting's first feud in TNA was with Jarrett and his latest feud has also been with Jarrett these two are very, very expienced wrestlers and always seem to pull some thing amazing out of the bag.

Sting is a three time TNA World Champion he also has held the Tag Team championship with Kurt Angle.

Sting led TNA's dominating stable The Main Event Mafia for almost a year. The MEM had achieved greatness in TNA by winning 8 titles.

Sting's signature weapon is a black baseball bat. He uses' the weapon more often when he is a heel compares to when he is a face.

Out of all the guys in this slide he deserves a spot in a Hall Of Fame ceremony the most. 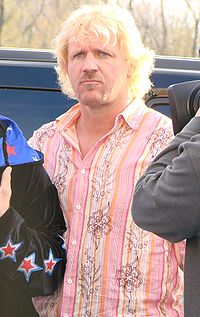 Jeff Jarrett is the man that founded TNA along with the help of his father.

Jarrett is one of very few "TNA Original's" and has had excellent feuds with Raven, Sting, Christian Cage, Mick Foley and Kurt Angle.

Jarrett has won the TNA World Championship a record of 6 times and has won the King Of The Mountain tournament twice.

Jarrett's signature weapon is a Guitar which he has smashed over dozens of wrestlers heads during his career and is still to this day doing so.

Jeff and Brian becane allies in 2003 and stayed that way until Brian departed from TNA back in 2004. Brian Lawler is the son of WWE Legend Jerry Lawler.

Jeff Jarrett is now fourty three years of age and is likely to reire soon enough.

He also won the IC on 6 different occasions whilst apart of WWF.

Jarrett certinally deserves a place in a TNA Hall Of Fame. 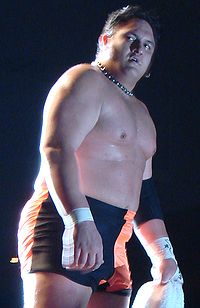 "The Samoan Submission Machine" has been key to TNA and has been both face and heel during his time with the promotion.

He is extreme and very agressive and for a man billed as 300 pounder he is a hell of an athlete who can preform perfect suicide dives and enzigiuri's.

Samoa Joe joined TNA in 2005 on a high note. His first match for the promotion was against Sonjay Dutt and that match ended in vitory for Joe.

from then up until Genesis 2006 he had an 18 month long undefeated streak.

During the streak he beat opponents such as Scott Stiener, Jeff Jarrett and AJ Styles the streak ended however at Genesis when Joe went up against Kurt Angle.

Before Samoa Joe joined TNA he was with ROH and in that time he won their World Championship and the Pure Championship.

Ever since Joe joined TNA he has been a Main Eventer and held nuerous titles included the X-Division Championship and the World title. 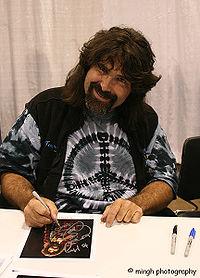 The Hardcore legend deserves a spot in WWE's HOF more than he does in TNA's but we have seen some brilliant Foley moments in TNA that we will never forget such as having a fire ball thrown in his face by his nemesis Raven and also a reunion with his ECW buddies.

Foley joined TNA in 2008 as an "Extreme" Shareholder after the position was offered to him by TNA founder Jeff Jarrett he went on to ally himself with Aj Styles and try to take down the brutal Main Event Mafia.

In his very first match with the promotion he pinned WCW Legend Scott Stiener after Foley gave Stiener his signature DDT on a steel chair.

Foley then got involved with Abyss leading to a brutal feud with Stevie Richards and Raven.

After Foley and Abyss got the better of the due on several occasions Foley attacked Abyss leading to a match witch resulted in Foley losing.

During his time TNA he has won TNA Legends Championship and also the World Championship both on only one occasion. 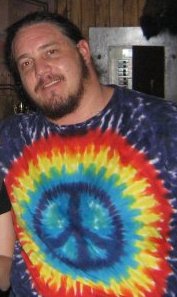 Abyss is highly critized by most the IWC but like it or not he has been a big part of TNA History!

After a stint in ROH Chris Parks decided to join TNA in 2003 his debut feud in the promotion was against the duo of Kid Kash and Erik Watts he shared a win and a loss to the former WWE and ECW star.

Abyss has accomplished a lot in TNA including a World Title and a Tag Team championship with the phenomenal AJ Styles.

Parks and Styles had a very tricky realtionship which finally in 2004 led to a brilliant ladder match where Abyss shockingly grabbed a win and the right to become number 1 contender for the World Title!

However, The next week on iMPACT Abyss lost that contract in a fatal four way match against Raven, Styles and Ron Killings A.K.A R-Truth.

Raven picked up a pinfall on Ron!

Abyss and Raven also have a heated past because during a match between Dr Stevie and Abyss raven returned and saved Stevie's career which eventually led to a blockbuster tag team match!

Abyss and Mick Foley vs Raven and Dr Stevie...

Abyss and Foley picked up the win!

Recently we have seen Abyss change from face to heel to face and back to what he plays best a MONSTEROUS HEEL!

Through out his seven year career in TNA Abyss' favourite weapon was a big of nails but more recently we have seen Abyss run round the iMPACT Zone with a bat covered in barbwire.

Which is oddly named Janice! 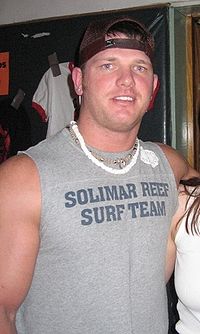 Recently on TNA Aj Styles called the iMPACT Zone "his house" and I will not be one to denie him that!

We have seen brilliant thing's from AJ including awesome Ladder Matches, Alliences, Epic Feuds and brilliant Promos and Segments.

Aj Styles is definitely known for a lot of things and it goes without saying that his deadly high-risk arsenal is one of them he can complete brilliant Frog splashes, dropkicks off the top rope and suicide dives along with very attacking 450 splashes and moonsaults.

AJ Styles has feuded with many top TNA stars past and prest including Abyss, Kurt Angle, Daniels and WCW Legends Stiener and Sting!

He is one of very few TNA Originals and is the longest reiging World Champion in TNA history and that stat alone derves him a spot in this fantasy Hall Of Fame.

More recently Aj Styles has united himself with Pro Wrestling Legend Ric Flair and became a member in the group "Fortune".

Flair told him he would have to be the Arn Anderson of the group. Just as the group was starting to take form AJ won yet another title and just as he won it it was re-name to the TNA Television Championship.

Aj Styles has one an amazing 4 World Titles, 6 X-Division Titles and 5 Tag Team titles all in eight year with the promotion! 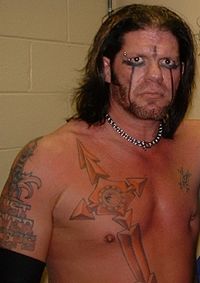 Raven may now be old and stiff but at one time the ECW legend use to wreak havoc on the TNA roster including Abyss, Mick Foley and Jeff Jarrett.

Raven made his TNA debut in January 2003 attacking Jarrett and stealing his world title off him Jarrett and Raven went on to have a match that ended with Jarret getting the win and retaining his NWA World Heavyweight Championship.

After that Raven went on to feud win Shane Douglas (TNA's newest star). Douglas and Raven met in a hair vs hair match witch, Douglas got the win and Raven lost his Trademark long hair which he had during his entire ECW and WCW career.

Raven went on to join The Gathering. A dominant stable that consisted of Raven, Kazarian, Havok (Former X-Division Champion) and Matt Bentley.

Recently in TNA Raven has re-united himself with his former ECW workmates including former ECW Champions; Rhyno and Tommy Dreamer and others such as RVD and Stevie Richards.

In WWE Raven held the Hardcore Championship a record 26 times and now that means nothing to WWE as Raven is a member of their rival show.

In 2003 PWI ranked Raven #22 higher than WWE legends such as Kane, Shawn Micheals and Ric Flair. 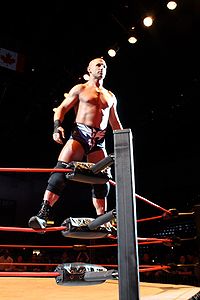 Christopher Daniels is by far one of the greatest superstars to ever have stepped in TNA arena but now he is nowhere to be seen and you know why?

Hulk Hogan and Eric Bischoff is why!

Daniels along with Awesome Kong were just simply not happy with they way TNA was being ran so they decided to leave and TNA had to reluctantly allow them!

Daniels had a brilliant career in TNA. It all started in 2002 when the company was created Daniels entered and started a brilliant stable with the amazing Low-Ki (Now known as Kaval in WWE) and also with Elix Skipper they were known as Ultimate-X. As a unit the manages to carry the NWA World Tag Team Titles a record of 5 times.

Between 2008-09 Daniels featured in TNA as Suicide and also as Curry Man he got a brilliant reception from the crowd with both brilliant characters!

Daniels won the TNA X-Division title 3 times and Tag Team titles 6 but rather disappointingly Daniels was never givin the right push toward a World Title.

Daniels' most notable feud was against his former tag team partner and real-life best friend AJ Styles after the collapse of their successful Tag Team!

Whilst a member of the TNA roster Daniels finished #15 in the PWI list of wrestler of 2006. 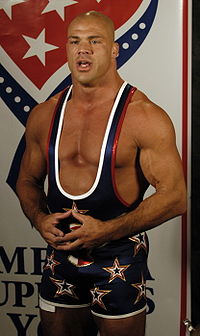 In Pro Wrestling in my mind their are 7 ultimate wrestlers that will be rememberd forever no matter what!

Kurt Angle's TNA career began at No Surrender 2006 when Dixie Carter shocked the wrestling world by announcing that Kurt Angle would join TNA!

Kurt Angle's first match for TNA was vs Samoa Joe and he broke Joes amazing undefeated streak thank to his infamous ankle lock!

Kurt Angle has won the World Title 3 Times, Tag Titles once with Sting and he also won the King Of The Mountain tournament a record twice!

Recently in TNA Angle adapted a retirement storyline where the the stipulations are simple!

The next match he loses will be his last inside a wrestling arena TNA or other!

Angle won 5 World Titles with the WWE and he also held the WCW Title once! 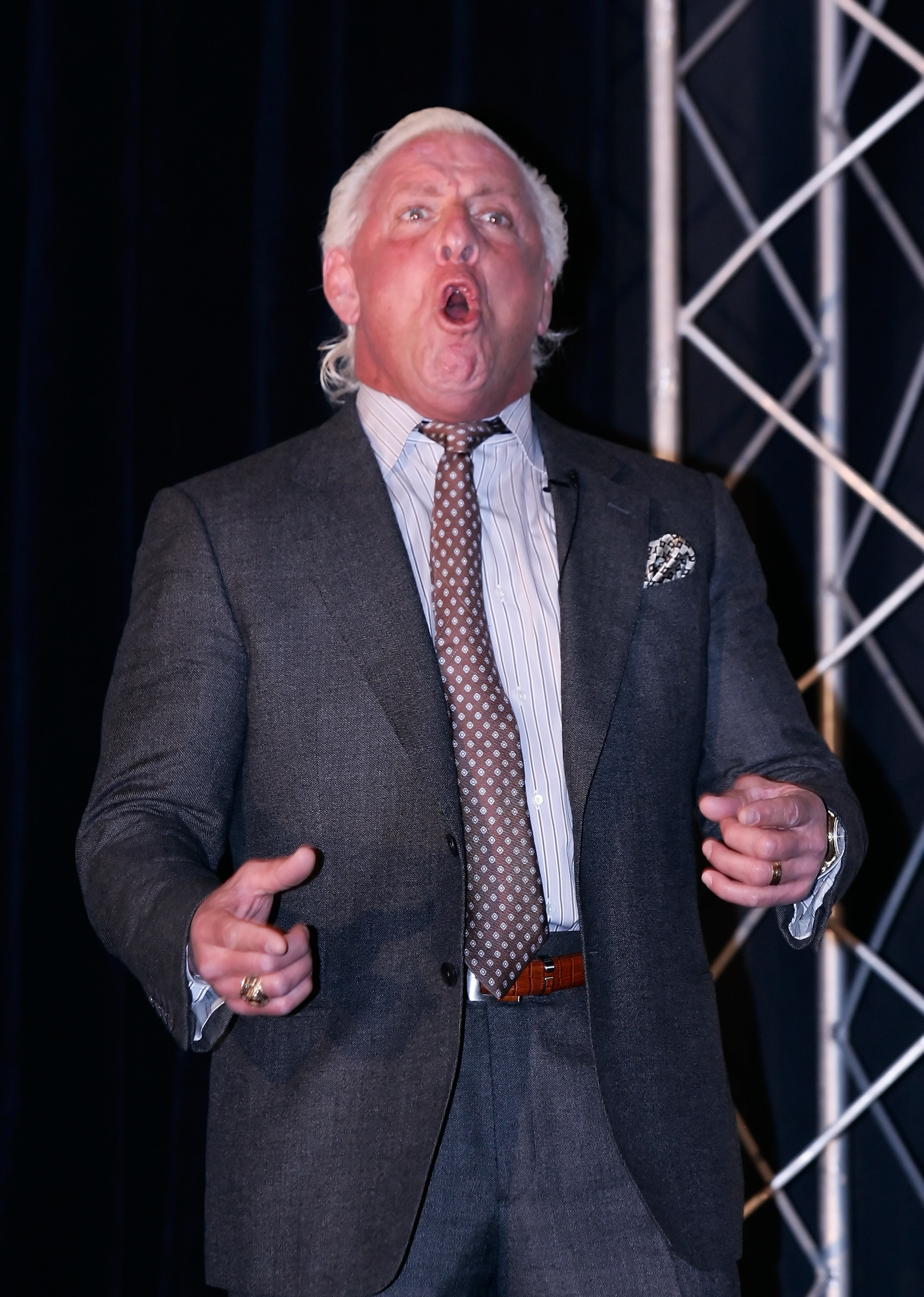 Ric Flair - He may not have won 16 World Titles in TNA but is group Fortune will shine and stamp Flair's legacy into the ground.

Christian - If captain charisma remained on TNA he would have maintained his main event status and would have definitely became a TNA great instead of re-joining WWE and becoming yet again a wasted talent.

Rob van Dam - The ECW legend had a good promising reign as World Champion and when he returns from his "injury" Abyss would want to watch his back!