Cliff Lee and Six Myths About the 2010 Philadelphia Phillies 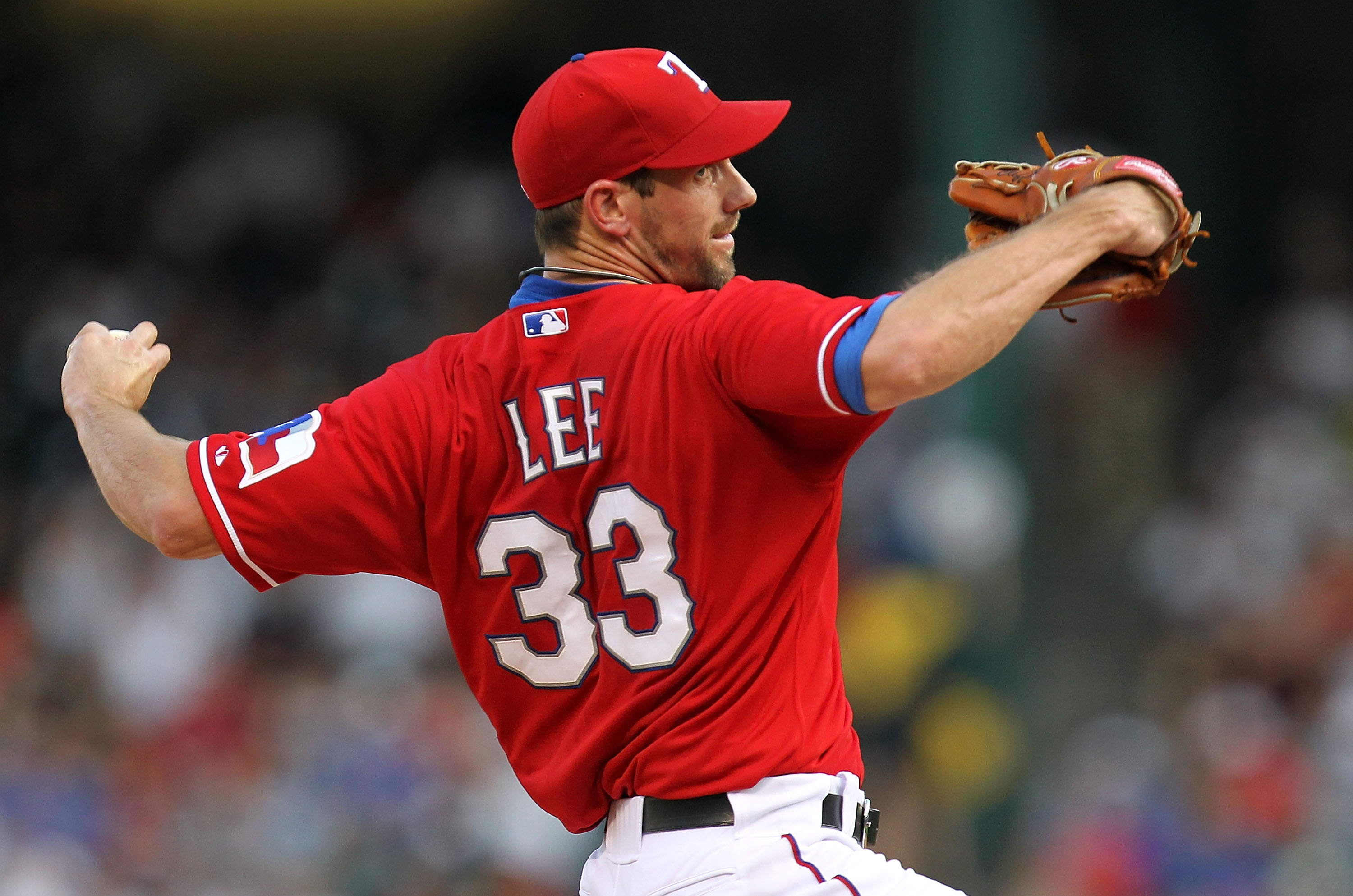 He had Cliff Lee in his possession, and threw him away for nothing so that he could acquire Roy Halladay.

And now? The Philadelphia Phillies are screwed. Sure, they picked up Roy Oswalt, but he's not Cliff Lee, and they had to give up J.A. Happ to get him.

Amaro could have had the best pitching staff in baseball, and he threw it all away.

It isn't true. It is a myth. It is a Phillies' myth, one that Phillies fans have latched onto, and one which they need to let go of.

Here is a look at six such myths.

Myth No. 6: Joe Blanton Is Having a Nightmare Season 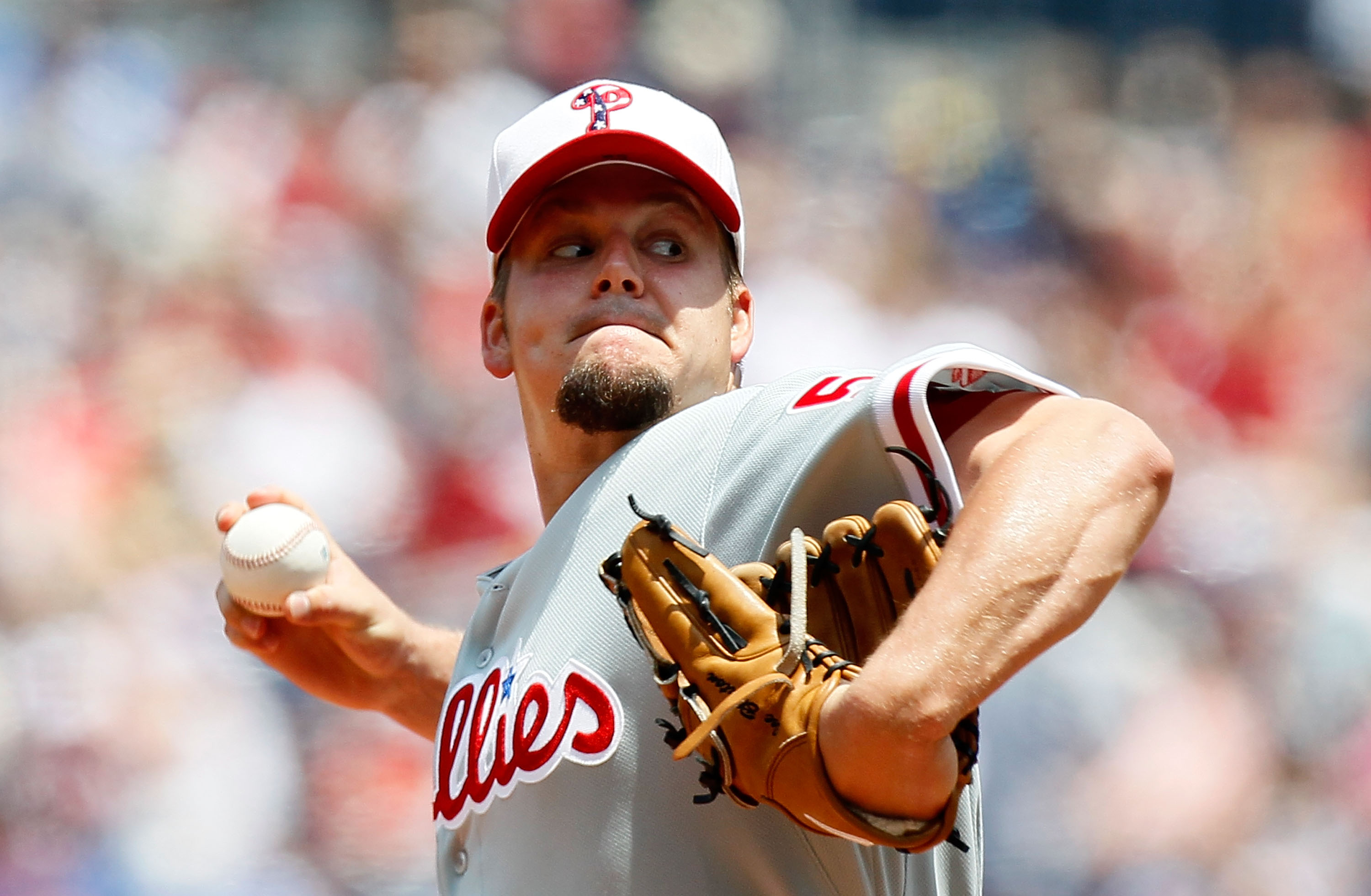 Phillies fans like to focus in on the fact that the Phils have a great 1-2-3 in the starting rotation, but then garbage on the back-end.

Frankly, given Joe Blanton's current 5.15 ERA, it isn't difficult to see how the fans might think than Blanton is having a bad year.

But it is a myth.

Blanton's season didn't get started in 2010 until May 3rd, and this career over-achiever looked rusty as hell when he joined the team.

It means that since that time, Blanton has done quite well.

In his last nine starts, the much-maligned Phillies pitcher is 3-1 with a 3.41 ERA and only four home runs allowed in 58.1 innings.

Myth No. 5: Jayson Werth Is Having a Very Good Season 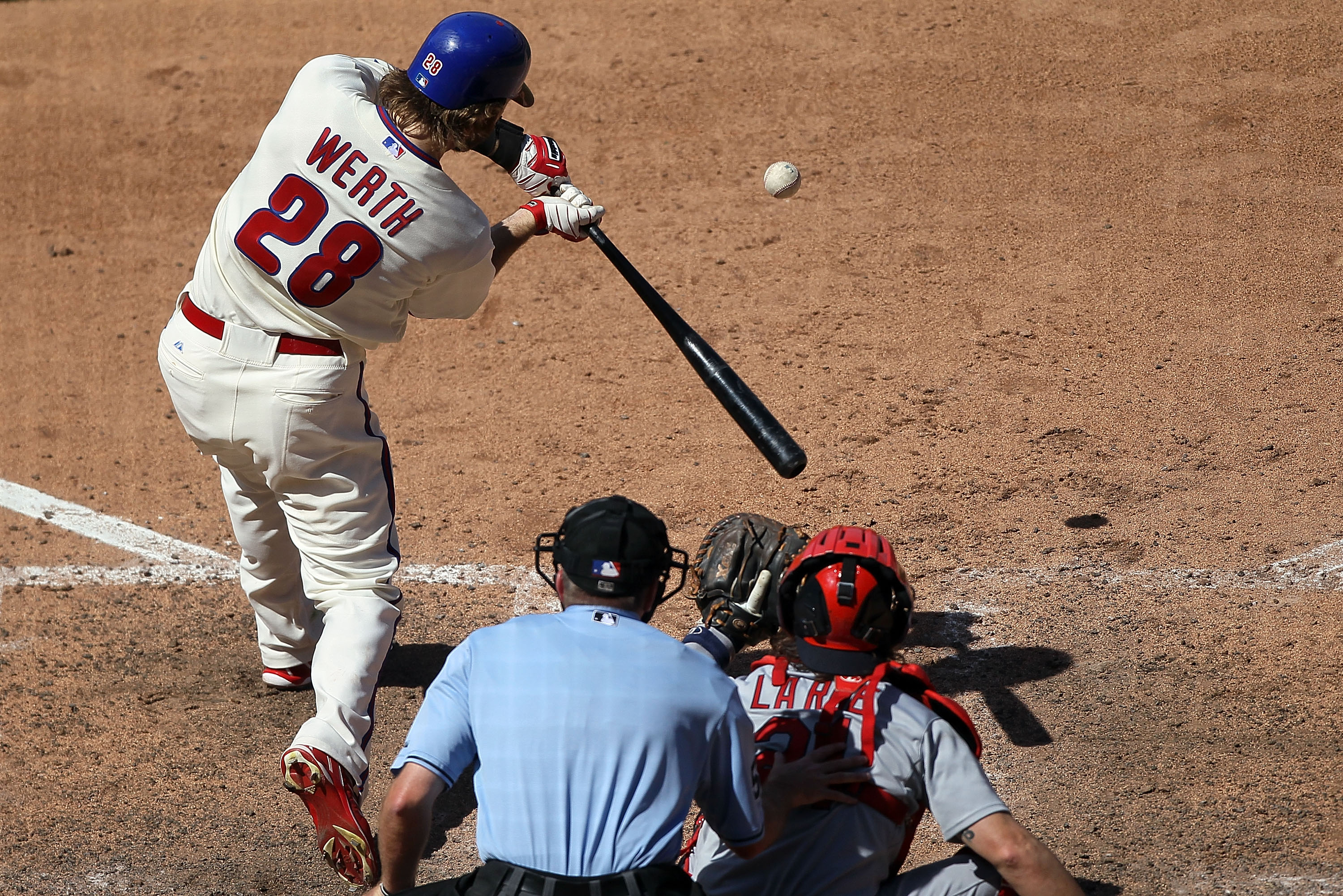 In theory, Jayson Werth has been the Phillies leading hitter in 2010.

Werth leads the National League in doubles with 42, and leads the team in batting average, OPS, blah blah blah.

But Werth has struggled mightily.

I've already covered this, but it is worth noting that as of this moment, only one player in baseball history has been brought to my attention who had a worse batting average with runners in scoring position in a single season than the .156 that Werth has put up this year.

Werth has inflated his numbers by feasting on bases-empty at-bats, and it has made his overall numbers misleading.

Myth No. 4: The Phillies Should Have Kept Brett Myers 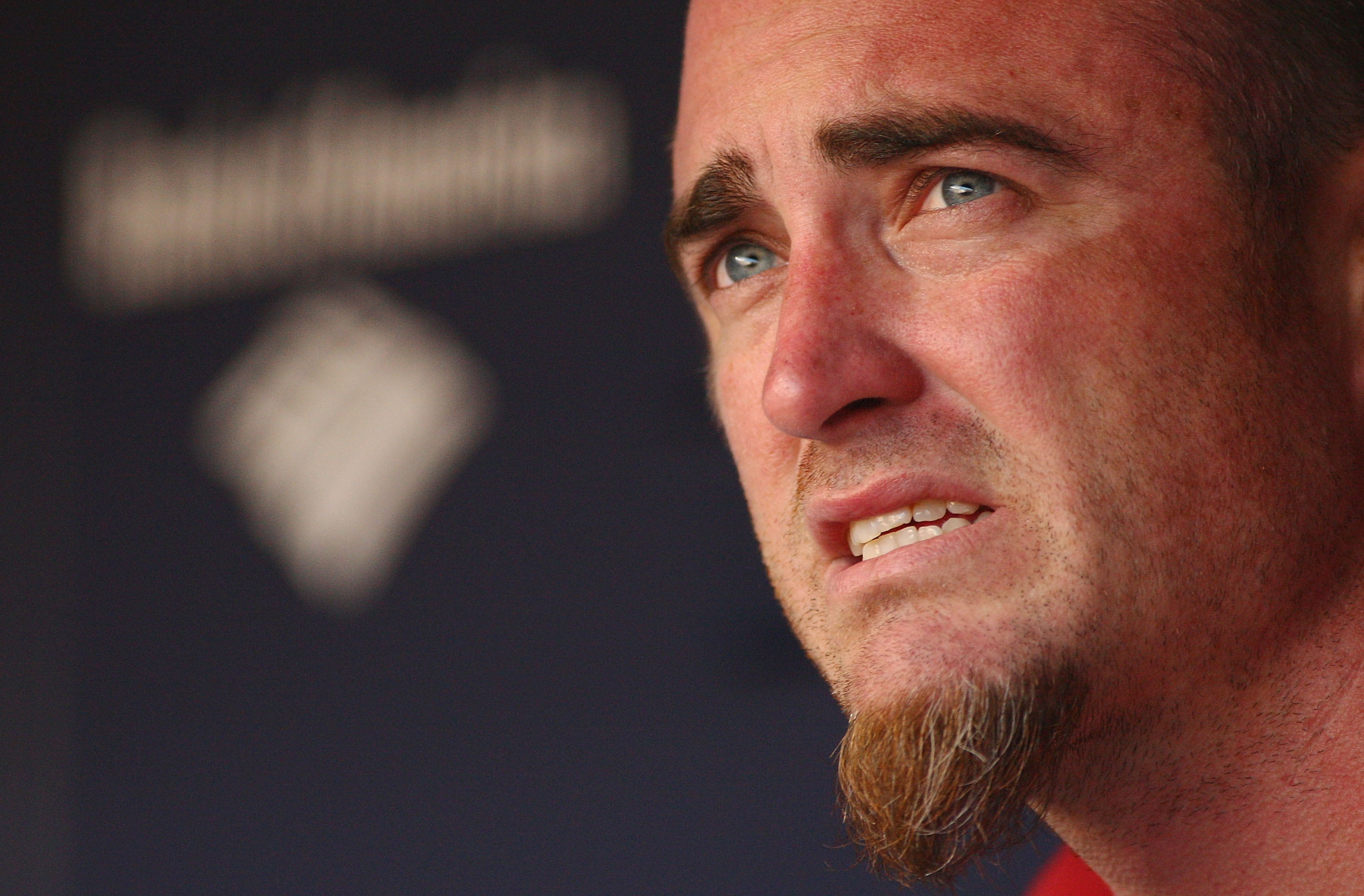 Brett Myers is having a dandy season for the Houston Astros, and it is easy to see how Phillies fans could look at the season he's having (10-7, 2.97 ERA in 185.0 innings pitched) and wonder what might have been if he'd been a Phillie this year.

If he'd been pitching for the Phillies at Citizens Bank Park, where his career ERA is 4.14, he would not be having the season he's having.

Myth No. 3: The Philadelphia Phillies Are an Offense-First Team 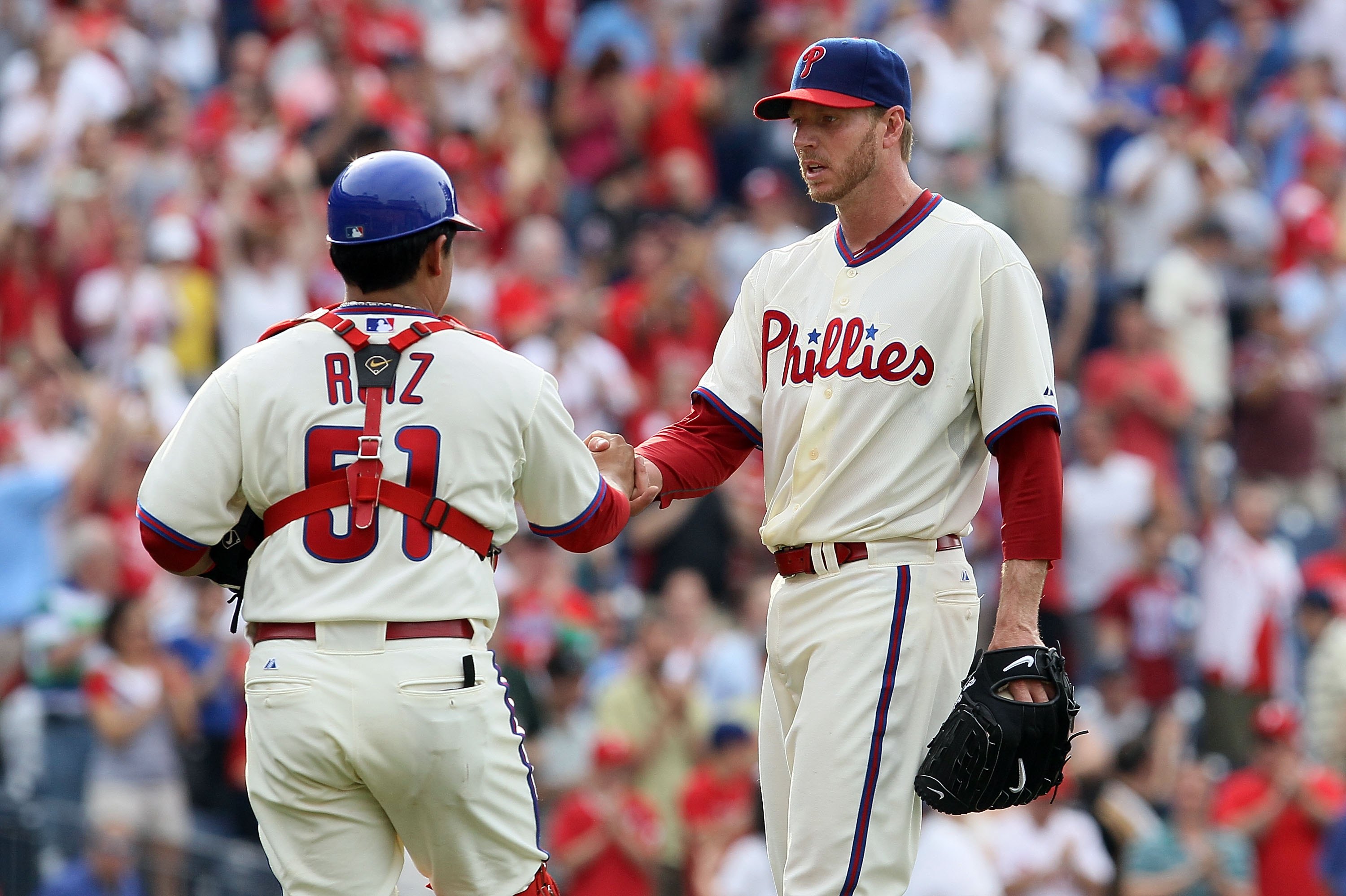 It isn't a crazy proposition, because for the last five years (or so) the Phillies have had one of the top three offenses in the league every season. So, for Phillies fans to think of this as an offensive-oriented team makes perfect sense.

Unfortunately, it is a myth.

For the first time in many years, the Phillies are not an elite offensive team, and in some departments (batting average, OPS+) the Phils aren't even better than league-average.

On the other hand, the Phillies have put together one of the finest pitching staffs in baseball and, for the month of August, have an ERA below 3.00.

If this holds, it would be the first month that the Phillies have fallen into the 2.00s in a non-strike shortened month since May of 1991.

This is a pitching team, people. 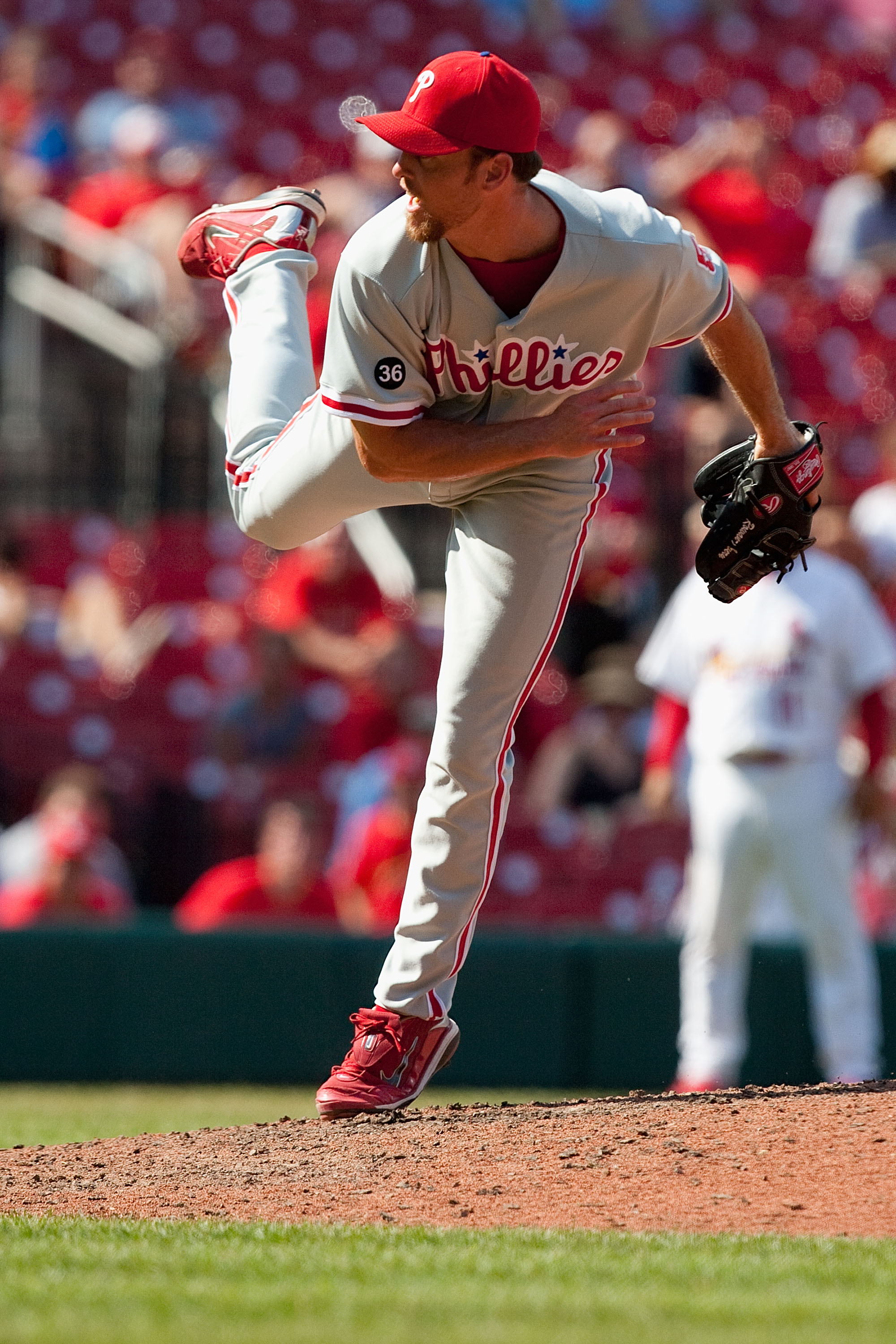 In the wake of Brad Lidge's bases-loaded balk on Friday night against the San Diego Padres, which brought in the tying run and almost cost the Phillies the game, sports talk radio was all abuzz with talk of Lidge and the bullpen that was in shambles.

"Why would you bring in Lidge in that situation?!" was the rallying cry of the Philly populace.

The notion that Lidge has been a disaster in 2010 is a myth. After missing the spring and then all of April and most of May with injuries, Lidge had a rough return. Nevertheless, since July 1st Lidge has blown just three games while converting 13 saves, and until Friday night hadn't given up an earned run or walked a batter in all of August.

The Phillies have problems, but right now Lidge ain't one of them.

Myth No. 1: The Cliff Lee Deal Was a Massive Screw-Up 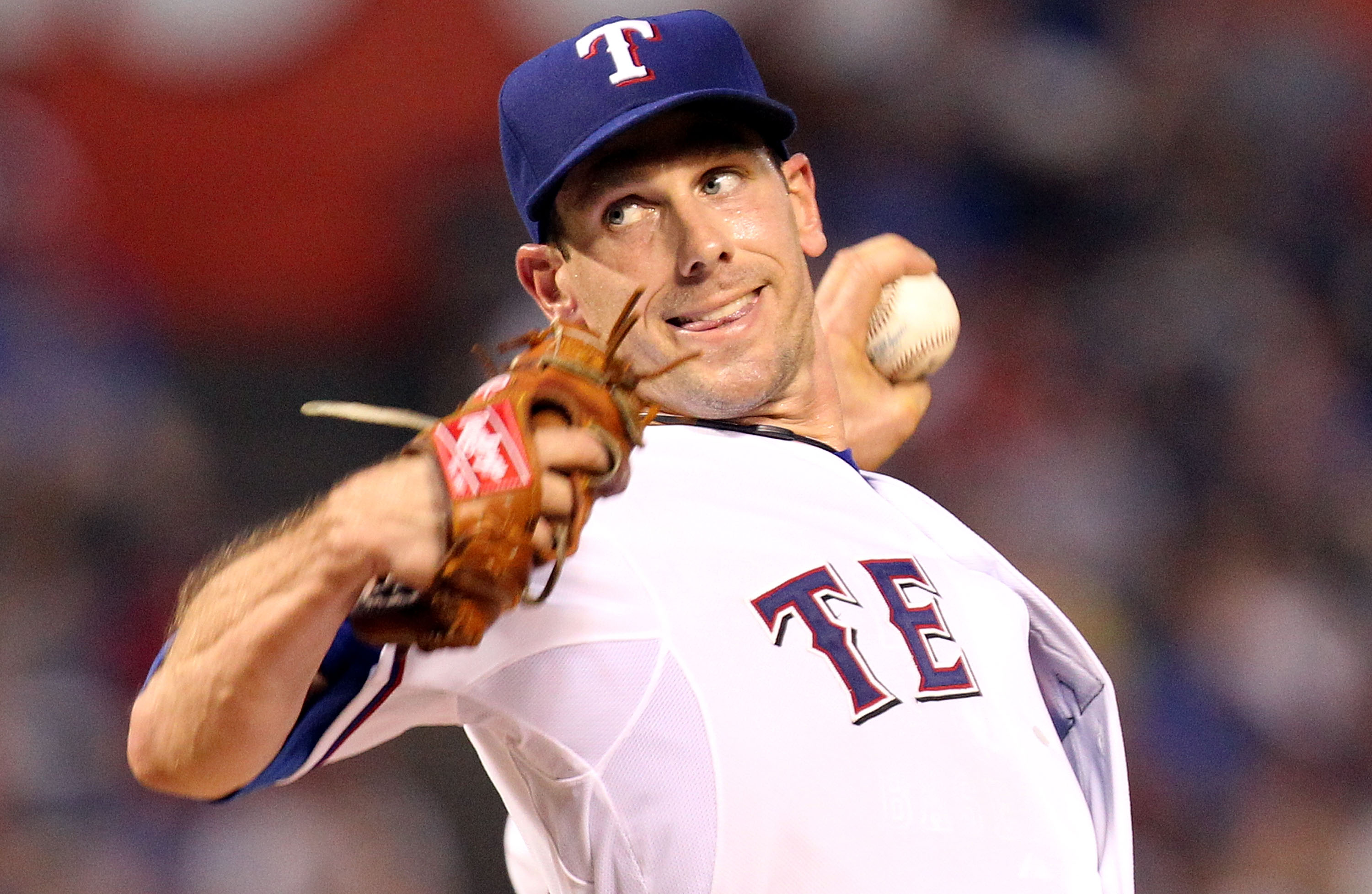 No one's head has been called for this season more than Ruben Amaro's. Phillies fans want him to rue the day.

"He'll never live this trade down for the rest of his time with the Phillies," scream rabid Phillies fans.

The thought of a Halladay-Lee-Hamels-Happ rotation is sometimes too much to bear for the Philly faithful.

Except that it is all a myth.

Cliff Lee had an exceptional first half of the season with the Seattle Mariners who, oh by the way, happen to play in the friendliest pitcher's park in the American League.

However, since being traded to the Texas Rangers, Lee has combusted. Lee is now 2-5 with a 4.50 ERA since joining the Rangers, and in ten starts he has allowed four or more earned runs six times.

Meanwhile, the player the Phillies ended up with instead of Lee, Roy Oswalt, has gone 3-1 with a 2.18 ERA in six starts, and has even played left field.

And remember, to keep Lee, the Phillies would have had to re-sign Lee.

What if the Phils had given him $100 million and then not made the move for Halladay? What if Lee was performing for the Phils the way he is for the Rangers?

The Phillies would be screwed.

And that should be the legacy of the Cliff Lee Deal for Ruben Amaro and the Philadelphia Phillies.