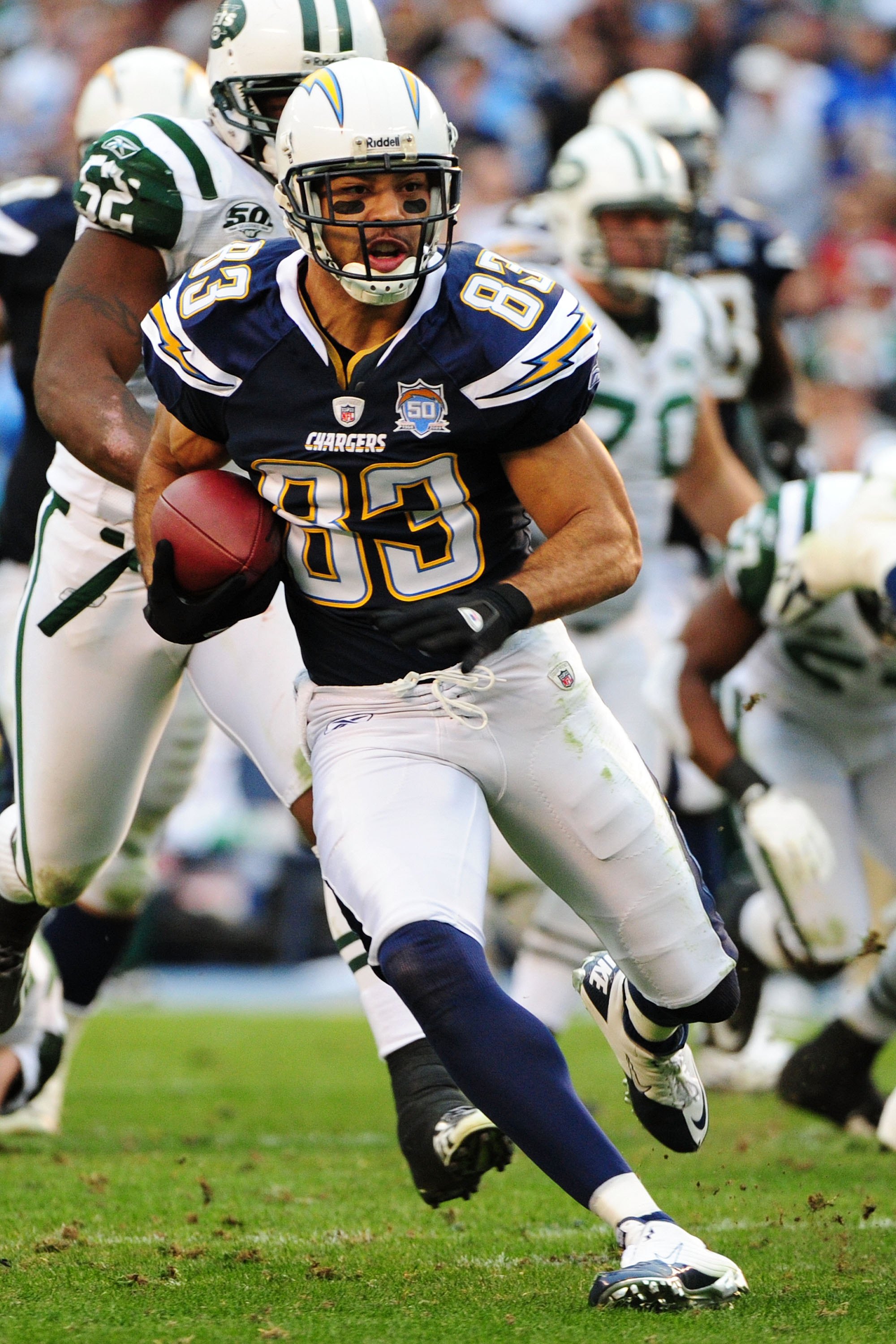 The whole saga began as another one of many training camp holdouts, with Vincent Jackson, a restricted free agent, wanting to be paid like those high-salaried wide-outs he and his agents see him as comparable to–namely, Brandon Marshall, Roddy White, Roy Williams, and Lee Evans.

Since then, the two sides have bickered in typical NFL pre-season fashion, with Chargers GM A.J. Smith offering Jackson a one-year tender at about $3.3 million, Jackson and his agents re-buffing that offer, and the Chargers brass returning to the negotiating table with a rather salty tender of less that $600,000.

As such, the two sides have reached what seems now to be an un-navigable impasse. VJ's agents are looking for a way out via trade, but the Bolts are only allowing them to talk to a small group of suitors.

A group that includes only one team at this point–the Seattle Seahawks.

All of this begs a single question: where SHOULD Vincent Jackson end up?

What team is most willing, and is in greatest need, of a player of Jackson's talents? What team is ready to take on the talented wide-out, even though he'll be sitting out the first three games of the season due to a violation of the league's personal conduct policy (he plead guilty to a DUI charge in February)?

Here, in no particular order, are VJ's top five destinations.

Seattle: Flying with the Seahawks 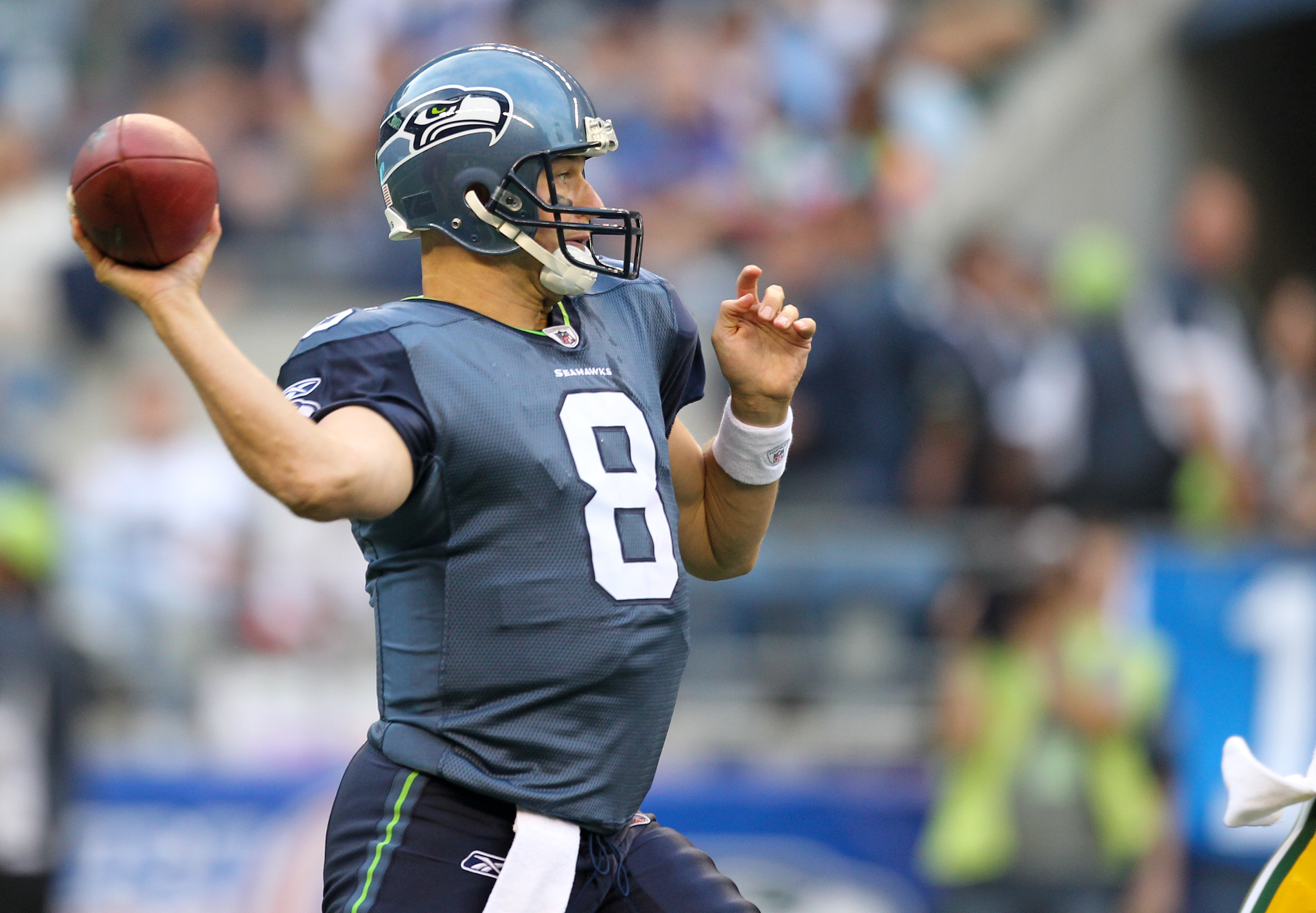 The obvious first choice is the Seahawks. Seattle is the only organization that has received written permission from San Diego to pursue Jackson in a trade.

According to reports, Jackson's agents and Seahawks brass have already begun talks concerning a new contract that would pay Jackson the kind of money he's looking for. Those same reports have the 'Hawks sending a second-round pick down south to San Diego in return.

Assuming VJ ends up in Seattle, how does he fit in with new coach Pete Carroll's squad?

While the Seahawks are already rather deep at the wide receiver position, adding a pass-catcher of Jackson's caliber can't hurt. His size, strength, and suction cups for hands would give Matt Hasselbeck an excellent red-zone target to complement the speed of T.J Houshmanzadeh.

And while Seattle currently has Mike Williams on its roster, the former USC-star-turned-NFL-bust can't exactly be counted on to provide anything close to the production that Jackson would bring.

Even if he's playing for good ol' Uncle Pete.

The same depth that Jackson would be adding to could, in turn, be used to sweeten the pot for San Diego, with someone like Deion Branch as a possible swap target.

It would be far from a shock to see VJ flying around Qwest Field this fall. 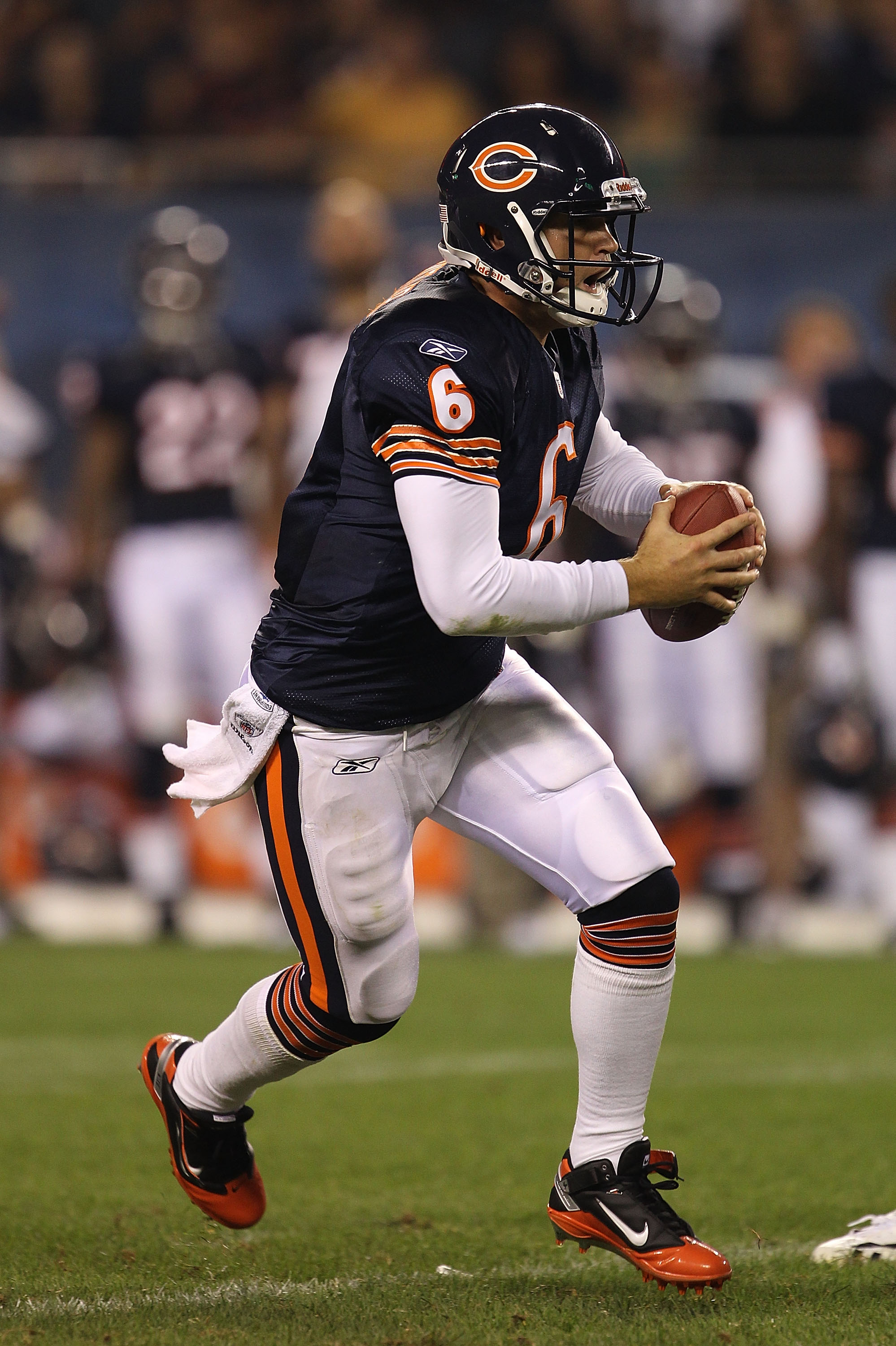 If the deal with Seattle falls through, there are still plenty of teams up north that could use Jackson's services.

The Minnesota Vikings, with their rash of wide receiver injuries, would have made perfect sense.

That is, until they signed Javon Walker and traded for Greg Camarillo, formerly of the Miami Dolphins. Not that either of those guys is anywhere near the same level as VJ.

The Vikings' rival to the southeast, the Chicago Bears, certainly wouldn't mind adding a receiver of Jackson's ilk.

For one, the Bears as currently constituted are rather thin at wide-out. Devin Hester is much more of a threat as a special teams return man, and names like Devin Aromashodu and Johnny Knox don't exactly strike fear into the hearts of defense backs.

Unless, of course, a player like Jackson gets added in to the mix.

There's no doubt that quarterback Jay Cutler would love to have a big target like VJ to play toss with, and that offensive coordinator Mike Martz would more than encourage Cutler to do so.

Which brings up a second motivation for bringing Jackson on-board.

After losing to the Indianapolis Colts in Super Bowl XLI, Da Bearss (Daaaa Bearss) have been a middling team, at best, finishing out of the playoffs the past three seasons with records of 7-9, 9-7, and 7-9.

Such a post-Super Bowl malaise has landed head coach Lovie Smith and general manager Jerry Angelo firmly on the proverbial hot seat. Another poor performance by the Soldier Field squad this season, and those two, along with a bevy of assistant coaches, will be looking for work come 2011.

Adding Jackson, while certainly a risky move when considering the players and draft picks Chicago would have to send back San Diego's way, would undoubtedly make the team better and, as such, improve the chances that Smith and Angelo hang onto their jobs for at least another year.

Hence, VJ could very well be calling Lake Michigan home once he sets foot on the turf this season.

Washington: In it to 'Skin it 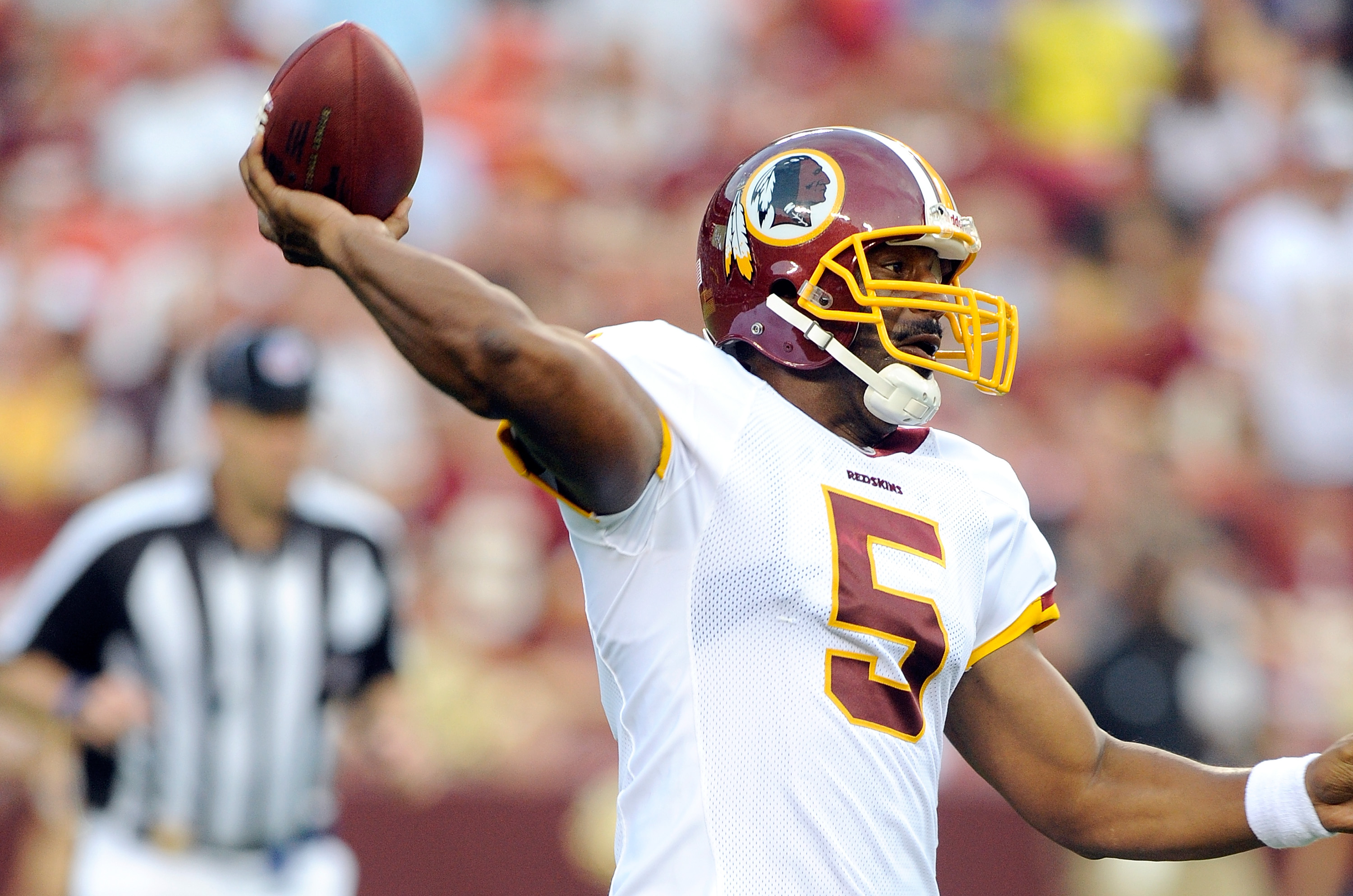 For Mike Shanahan and Co., no problem.

Well, right now it's a problem. As great a quarterback as Donovan McNabb is (assuming he's healthy once the regular season rolls around), he's much better when he has a star to shoot for down the field.

And nowadays, the likes of Joey Galloway and Santana Moss, on whom McNabb must currently depend, are far from the bright and shining receivers they once were.

They're more like red giants and white dwarves these days.

That's not to say that D-Mac can't be successful with what Washington has. Bear in mind, he led the Philadelphia Eagles to the playoffs with such "all-time greats" as Freddie Mitchell, James Thrash, and Todd Pinkston as his best weapons.

Then again, he and the "Iggles" fared much better with Terrell Owens around, with McNabb racking up more than 4,000 yards and 31 touchdowns while leading Philadelphia to the Super Bowl.

Of course, the 'Skins made some attempt to rectify this dearth of talent by calling up Shanahan's old buddies in Denver to inquire about Marshall, though that clearly didn't work out.

Such being the case, V-Jax makes perfect sense for a team looking to emerge out of the shadow of its AFC Beltway rival, the Baltimore Ravens, and from the depths of the NFC East cellar, which Washington has occupied for some time.

Albert Haynesworth to San Diego, anyone? 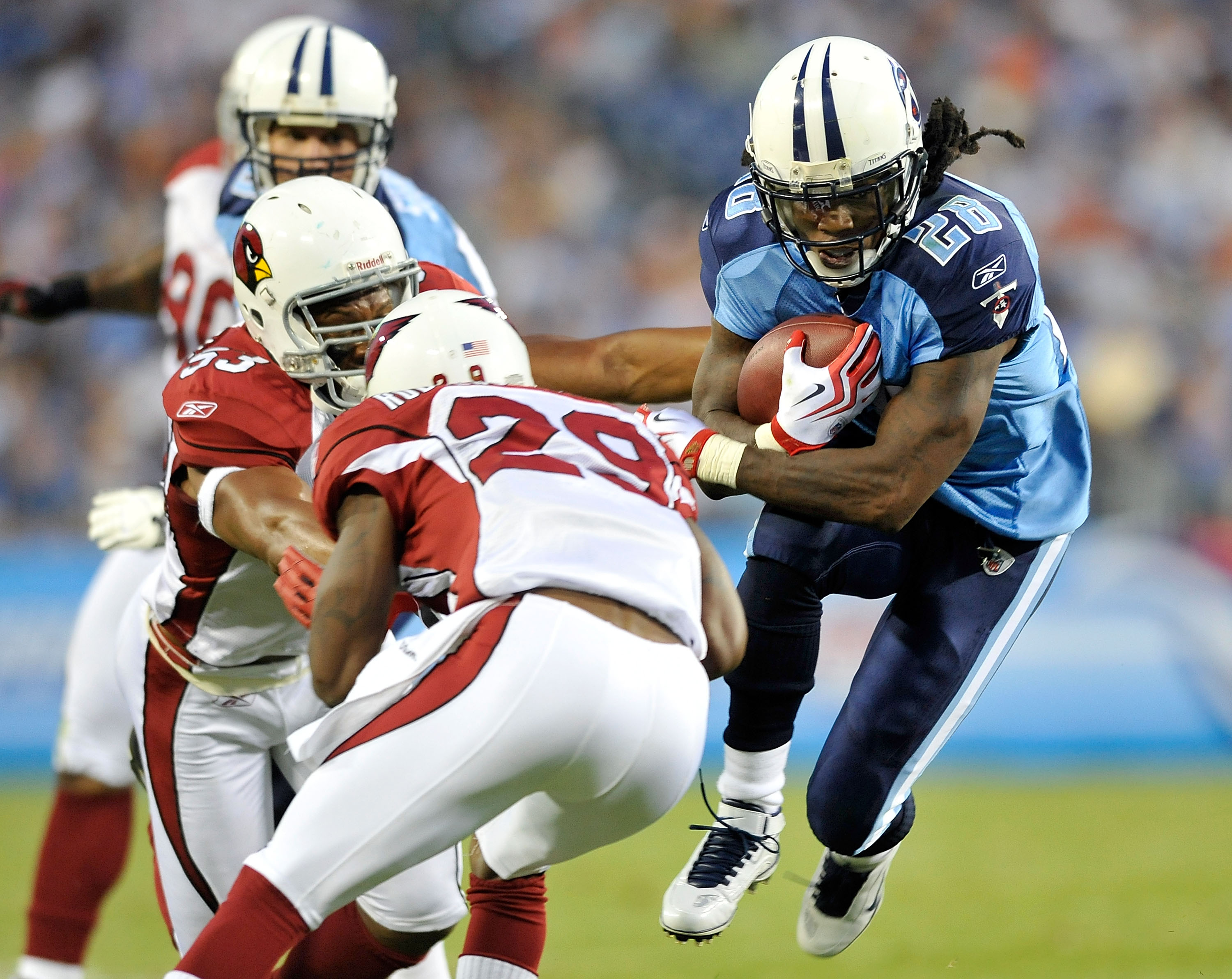 Think Chris Johnson is scary now? Imagine how good he could be if the Titans had a legitimate passing attack.

While it will take more than just the addition of Vincent Jackson to force opponents to respect Tennessee's aerial attack (here's lookin' at you, Vince Young), having a "go-getter" like VJ would certainly help.

To be fair, Young did show some signs of progress last year, throwing for more touchdowns (ten) than interceptions (seven) after emerging from head coach Jeff Fisher's dog house and supplanting the aged Kerry Collins as the starter in Nashville.

Not that Young is entirely responsible for the Titans' turnaround from an 0-6 start to an 8-2 finish. Tennessee can thank Chris Johnson and his 2,006 yards (and his 14 touchdowns) for that, too.

With the momentum from last season's torrid finish and a running game that must be considered among the most dangerous in the NFL, the Titans would do well to capitalize on their current position by adding Jackson.

He would immediately become Young's go-to guy, ahead of Justin Gage and Nate Washington. Such would force opposing defenses to account for more than just Johnson, opening up even bigger holes for a player who has no problem hitting the ones he already has.

Add to that Jackson's outstanding ability as a down-field blocker and Johnson's predictions of 2,500 yards–and the Titans' prospects as a dominant offensive force–don't seem so ludicrous after all.

San Diego: No Need to Bolt 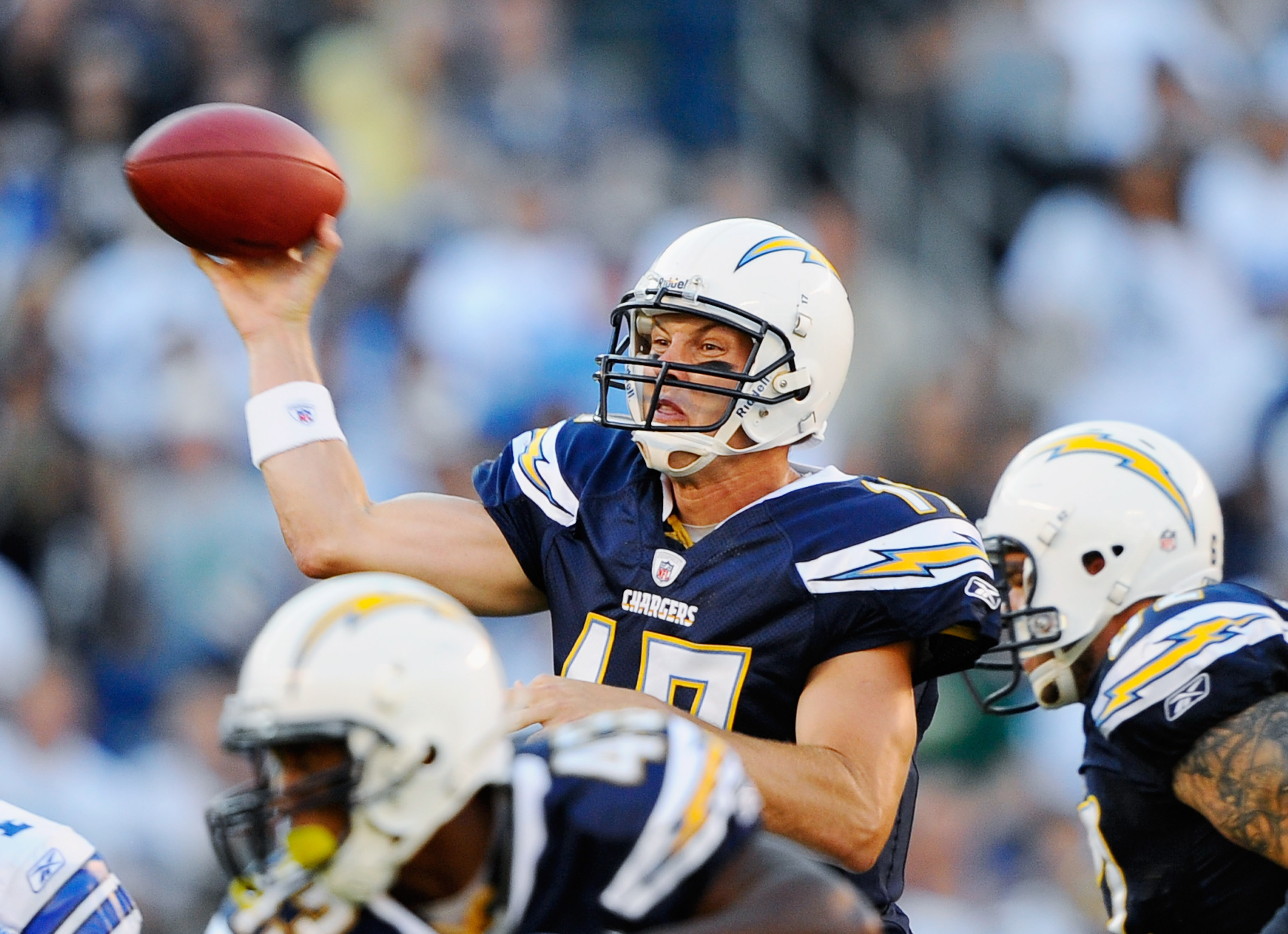 While it certainly makes sense to speculate about which teams Vincent Jackson could possibly be traded to, he is still the property of the San Diego Chargers and could very well end up staying in southern California.

Chargers management may not be so keen on paying V-Jax what he's asking for, but they certainly can't deny that he deserves a significant raise.

Over the past three seasons, Jackson has accumulated more than 2,800 yards and 19 touchdowns for the Bolts, the team that drafted him in 2005.

Those three seasons, including his most prolific year of almost 1,200 yards and nine touchdowns, came with Philip Rivers at quarterback.

There's no doubt that, should VJ return, he'd still be Rivers' top target.

Not that San Diego would necessarily be hurting without Jackson. Coach Norv Turner still has Malcolm Floyd and Antonio Gates at his disposal on the field.

Nevertheless, the Chargers' offense is in transition, following franchise stalwart LaDainian Tomlinson's unceremonious exit and subsequent landing with the New York Jets. Keeping Jackson around would, at the very least, help to stabilize the Bolts' attack until rookie running back Ryan Mathews has established himself as the next featured ball-carrier in San Diego.

So while a remaining in San Diego may not seem like the most plausible (or intriguing) option for Vincent Jackson, especially given the strained relationship between his camp and the Chargers front office, he's still on the roster and may very well find himself suiting up for the home team at Qualcomm Stadium at some point down the line in 2010.