The Stars entered the NHL in 1967 as the Minnesota North Stars and moved to Dallas for the 1993-94 season. The original team name was derived from the French saying, "L'Etoile du Nord," which means, "The Star of the North." It was chosen by fans during a public contest.

The North Stars became an NHL franchise as part of the six-team expansion in 1967. The team did well in its early years, both in the standings and financially. Fans were excited to see the team play, even though seats were still being installed in the newly constructed Metropolitan Sports Center as they opened the 1967-68 season.

In their first season, the North Stars finished fourth in the Western Division and made the playoffs. They won their first series against the LA Kings, another expansion team making their playoff debut. They went on the face the St. Louis Blues, yet another team that saw success in its first season. The series went to a Game Seven, but with the North Stars one win away from a Stanley Cup Final appearance, the Blues won the game in double overtime.

The team suffered through low attendance and financial problems throughout the 1970s and 80s. The North Stars made it back to the Stanley Cup Final in 1981 and 1991, falling to the Islanders and Penguins respectively, but their time in Minnesota was coming to an end.

In 1991, the front office began exploring the option of relocating the team. New owner Norm Green's first choice was to head west to Anaheim, but that was short-lived, as the NHL sent the newest expansion team, the Mighty Ducks, to Anaheim.

Former Dallas Cowboys quarterback Roger Staubach told Green that Dallas would be a great place for an NHL franchise and Green was convinced.

The fans took the departure of the team very hard—so hard that the NHL promised a return of an NHL franchise to Minnesota, and later fulfilled that promise in 2000 when the Wild landed.

The renamed Stars were off and running during the 1993-94 season in their new home.

The immediate success of the team, paired with Mike Modano's best season (50 goals, 93 points), led to word spreading about the franchise. In their first season in Texas, the team made the playoffs with franchise records for wins (42) and points (97). The Stars swept the Blues in the first round that year, but lost to Vancouver in the second round.

The early success of the team helped pave the way for a hockey surge in Texas.

The team saw success throughout the next six seasons, but couldn't make that jump to the Cup.

They won a franchise-record 51 games and finished with 114 points, a mark that still stands today as the best in franchise history. They faced the Edmonton Oilers in the first round and swept them. They beat the Blues in six games and they went on to beat the Avalanche in seven games. They faced the Buffalo Sabres and beat them in six games, with Brett Hull scoring the game-winning goal in the third overtime in Game Six.

The next year, the Stars made it back to the Cup Final, but lost to the NJ Devils in six games. They made it to the Western Conference Finals as recently as 2008, before losing to Detroit in six games, but are looking to get back to the playoffs this season after a two-year absence.

Hurricanes grasping at goalie position ahead of Stars matchup

Hurricanes grasping at goalie position ahead of Stars matchup 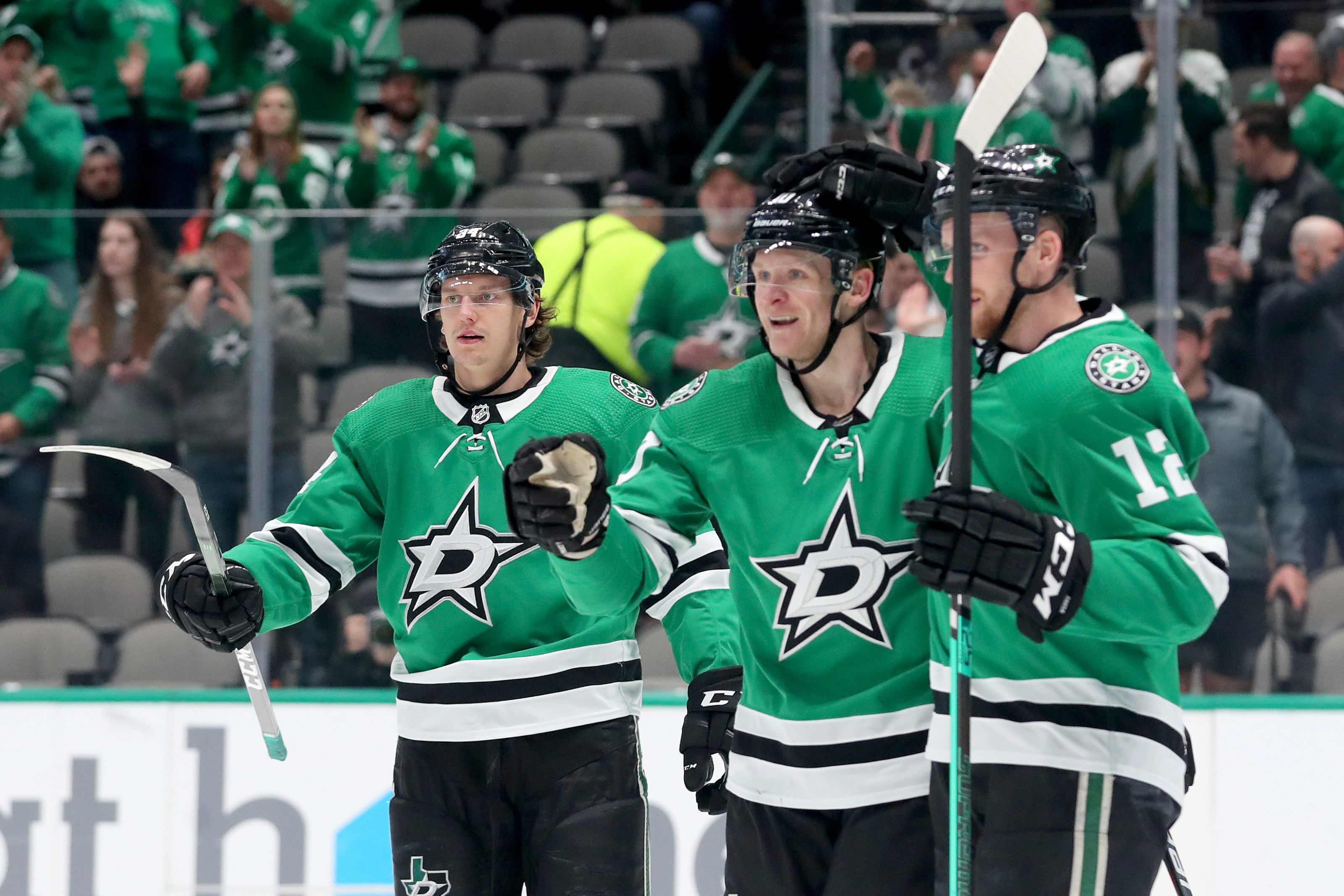