Exactly one year from his first blockbuster trade, Philadelphia Phillies GM Ruben Amaro pulled off another high profile trade to acquire an ace hurler. And, like a year ago, the acquisition of Roy Oswalt seems to push the team to the front of the contending pack in the National League and possibly all of baseball.

Despite being under fire at times, the young executive has demonstrated a clear willingness to make bold moves in the quest of bringing another World Series Championship to Philadelphia. It might be best summed up—no regrets, no fear.

Last July's acquisition of Cliff Lee propelled the Phillies to a second straight National League Pennant and brought them to the brink of a repeat of winning it all. This year's deal could prove to be exactly what the current team needs to overcome the NL Eastern Division deficit.

And, perhaps even more importantly, a pair of righty Roy's split up by lefty Cole Hamels would make the Phillies a highly daunting postseason opponent for anyone.

It also stands to reason that the best starting pitching trio in the "Bigs" will be like a non-narcotic Valium for hitters who have been pressing a bit for a couple months. Last season's team seemed to breathe a collective sigh of relief when Lee displayed his dominating presence and the team took off.

Just like last year's trade, Amaro seemed to come away with the better end of the deal and a huge boost for the Phillies' lofty aspirations. Short of re-acquiring Lee or getting a do-over on the December deal that sent him to the Pacific Northwest, landing Oswalt was the next best thing.

And, what makes it especially impressive is that RAJ was able to get his old boss Ed Wade to pay more than half of the salary owed to the hard-throwing right-hander over the balance of this season and next year.

Parting with 2009 Sporting News Rookie-of-the-Year pitcher J.A. Happ is difficult considering his fine performance thus far and his low price tag, but otherwise Amaro did not have to part with any of the team's most prized prospects.

The team had been very high on young speedster Anthony Gose, but concerns started to surface about his plate discipline. The ability to retain top prospects such as Jarred Cosart, Jonathan Singleton, Trevor May, and of course, Dominic Brown make this a coup.

Besides the psychological boost that the acquisition of Oswalt provides throughout the Phillies clubhouse, it may also have an equally deflating effect on the competition—specifically the Atlanta Braves.

At the end of yesterday's action, the Braves find their once commanding lead narrowed down to 2.5 games. Oh, and by the way, the team breathing down their necks featured a splashy debut of baseball's number one prospect on Wednesday and then added one of the best pitchers in baseball over the past 10 years yesterday.

Thursday's deal goes a long way towards erasing the lingering unrest associated with the trade of last year's postseason hero for three prospects rather than taking a shot at greatness in 2010.

The consensus still tilts heavily towards the opinion that the Phillies would have been better off hanging onto Lee, but Amaro deserves a lot of credit for swinging this deal to corner the market on stud starters named Roy while having the Astros foot half the bill.

Besides the unknown of how young players will fare in coming seasons, the only concerns center around Oswalt's health and the financial implications going forward. The All-Star hurler has had some history of back problems and some believe that Oswalt's additional salary burden will negate any chances of the team resigning Jayson Werth.

Apparently, Amaro and the Phillies' medical consultants are confident that Oswalt's back will be fine and all will get a chance to render their own assessment when he takes the mound tonight in Washington. As far as Werth goes, it appears the club will have the rebounding slugger's services for the balance of this season, so all will defer that issue until this chapter is closed.

This all comes at a time when Phillies hitters seem to be catching their stride. Ryan Howard, Jayson Werth, Raul Ibanez, and Jimmy Rollins have all elevated their performances in the second half, which has played a big part in the team's current eight-game winning streak.

Just a week ago, hopes for the 2010 season seemed to be fading quickly. One stellar home stand and one masterful trade later has the Phillies suddenly looking like the team to beat again.

Surely, they still have work to do as they currently sit behind the Braves in the NL East and others in the Wild Card race. With Chase Utley and Shane Victorino still on the DL and Jimmy Rollins nursing a foot injury, they will not be at full strength for the foreseeable future.

Although the fear factor may have jumped up a bit around the league, other teams will certainly not rollover for them. But injuries and current record notwithstanding, the Phillies now certainly appear to have the fire power to surge ahead.

The Oswalt deal would seem to signal acknowledgement that both Amaro and organization executives realize that the thought process behind last winter's transaction might have been flawed. Another bold, masterful move on July 29th once again is about as close to a "do over" as it gets, though. 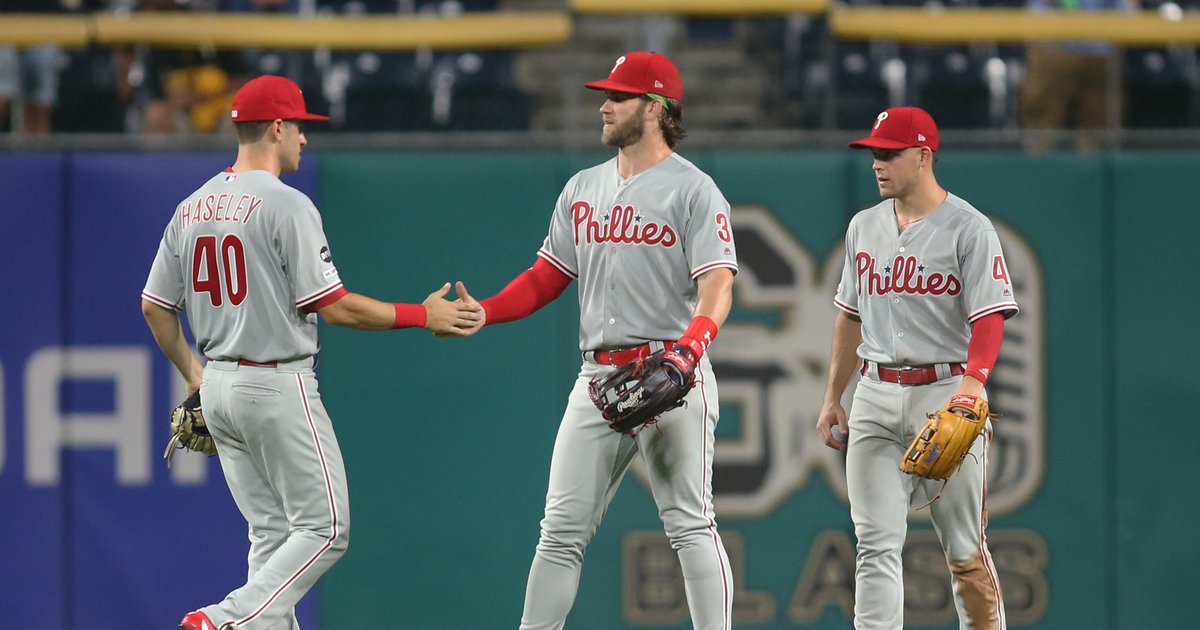 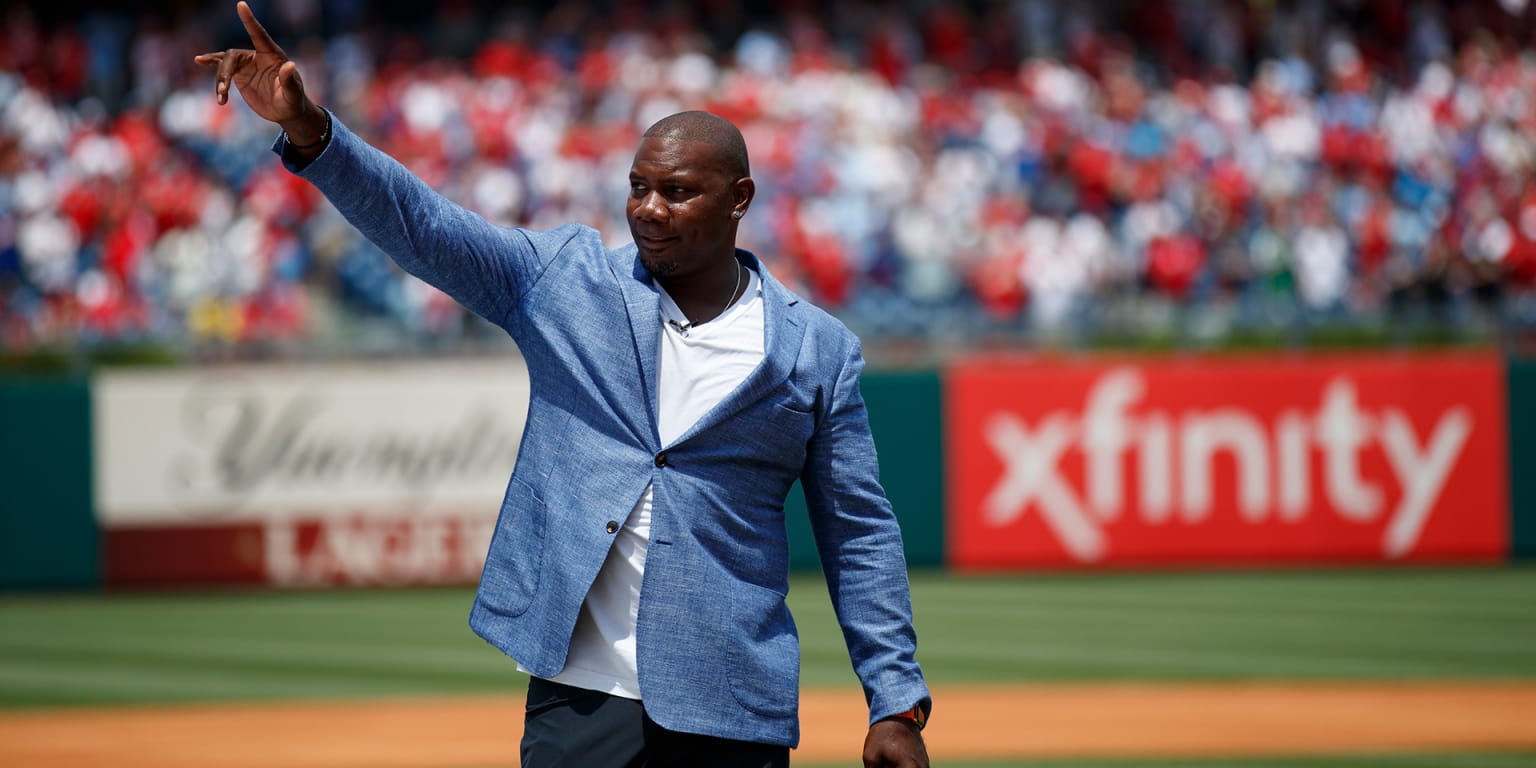