Raiders' Bo Jackson: One of the NFL's Most Explosive and Entertaining 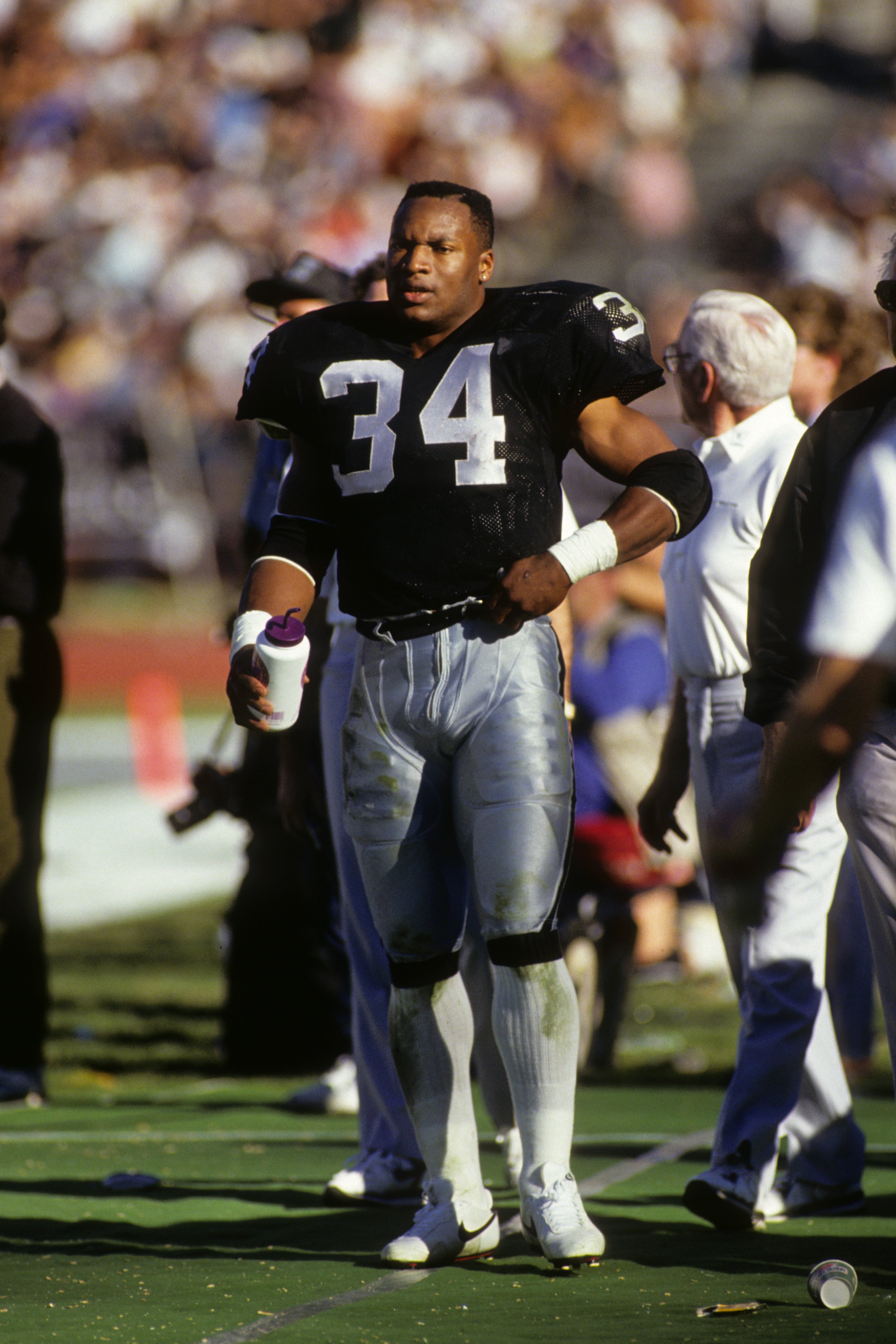 Raiders running back Bo Jackson only played in the NFL from 1987-1990.

For those, like myself, who are old enough to have seen Jackson run the football, talk about how amazing of an athlete and football player he truly was.

A dual-sport athlete, Jackson was initially drafted in 1986 by the Buccaneers as the No. 1 overall pick in the 1986 NFL Draft, but refused to play for them.

Instead, Jackson signed a baseball contract with the Kansas City Royals and passed up what would have been his rookie season in the NFL.

Then, during the 1987 NFL Draft, the Raiders decided to give Jackson another shot, and picked him in the seventh round since his rights with the Bucs had expired.

That was the beginning of a short, but amazing professional football career. 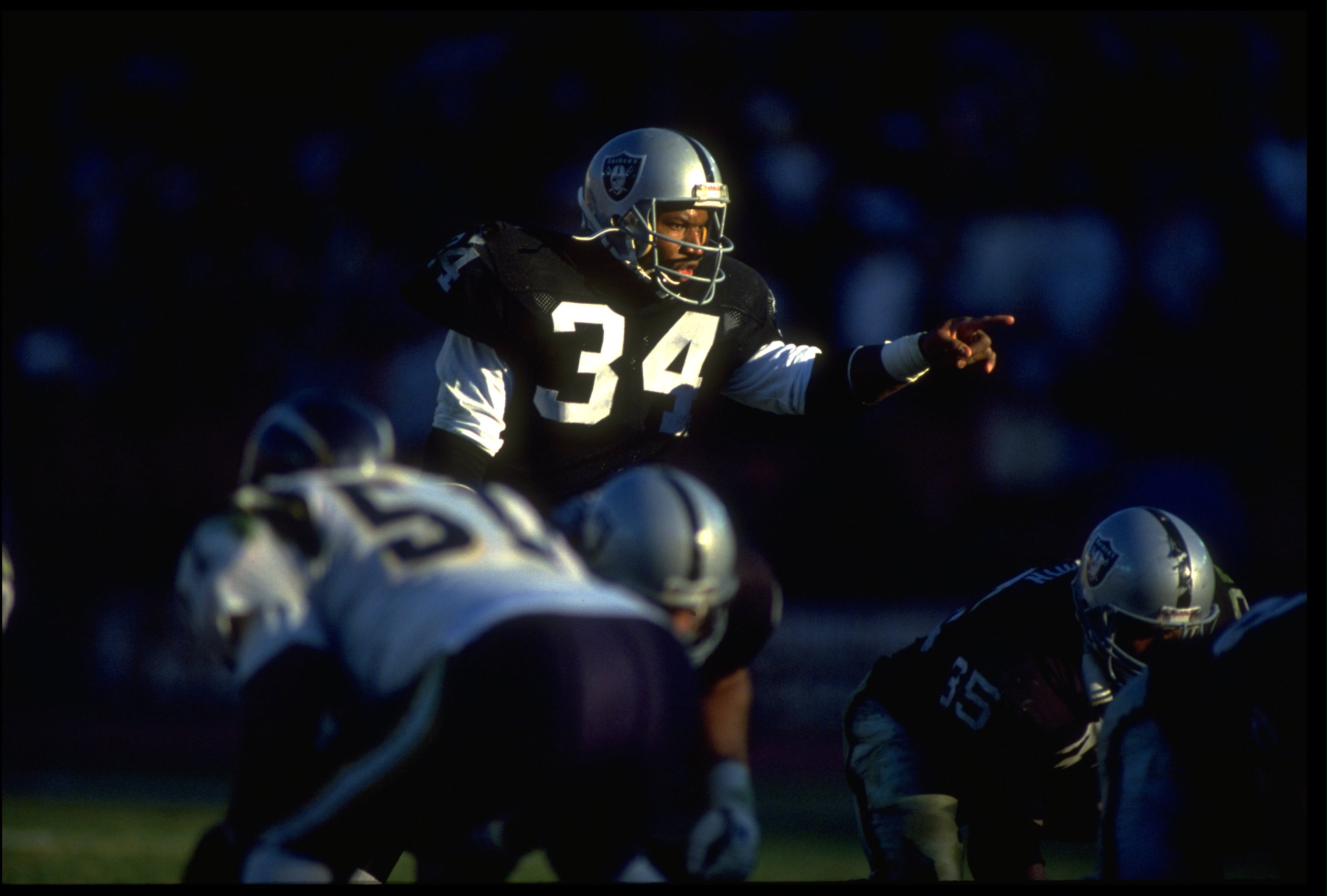 Jackson only played in seven games during his rookie year because he was more committed to playing baseball than football; he was indeed a much more talented football player than a baseball player swinging a bat.

In only seven games, Jackson averaged nearly 80 yards per game, and ended the season rushing for over 550 yards with four touchdowns and an astounding 6.8 yards per carry. 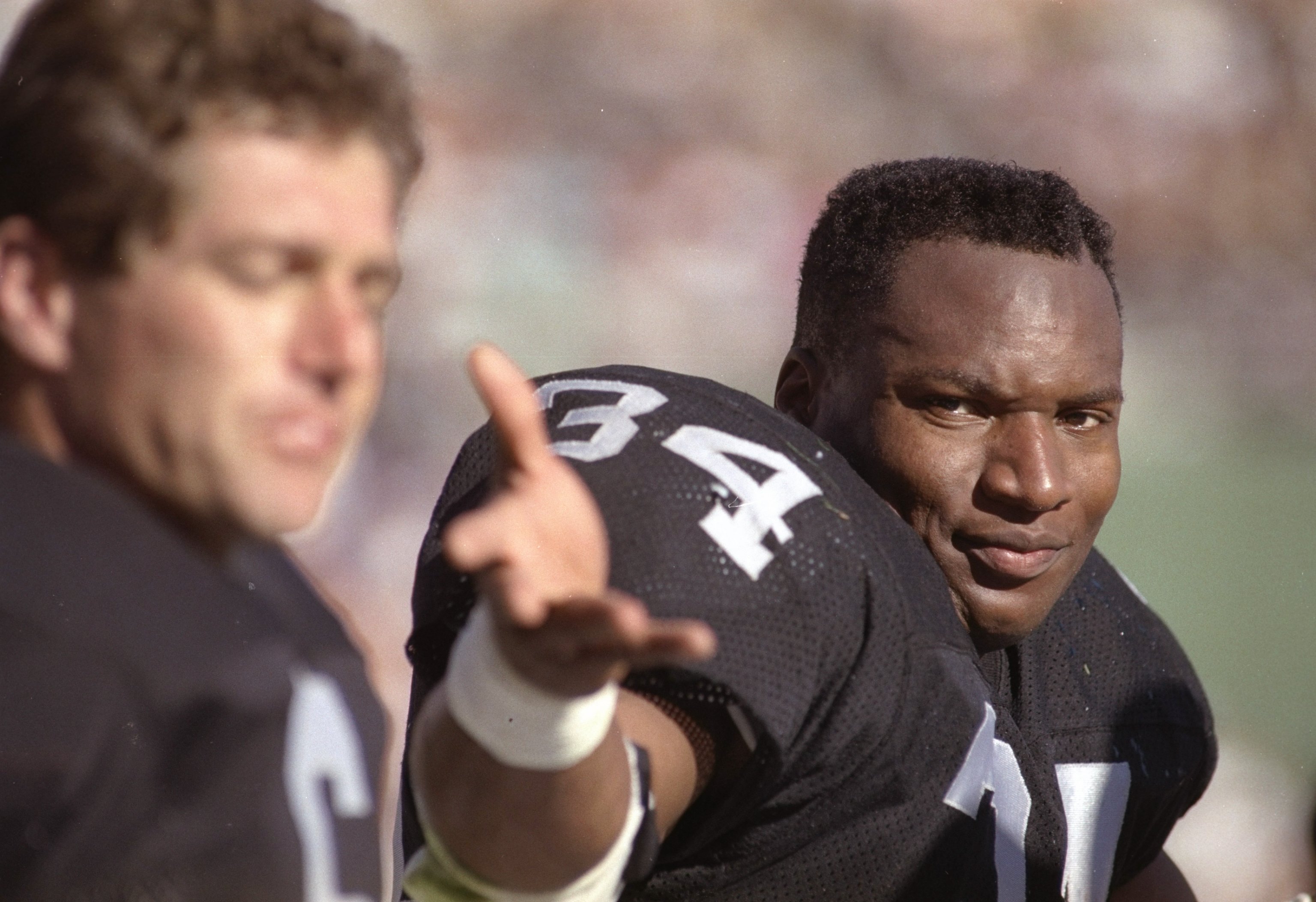 In year two, Jackson had what is considered his off-year when comparing all four NFL seasons together.

For any other running back that average would be welcomed, but not for Mr. Jackson. 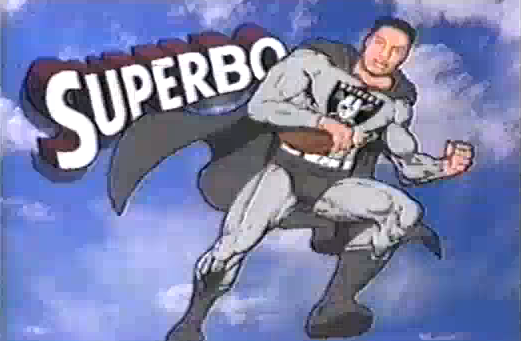 In 1989, Jackson had the best statistical year in his short NFL career.

Jackson also had his career long run of 92 yards. 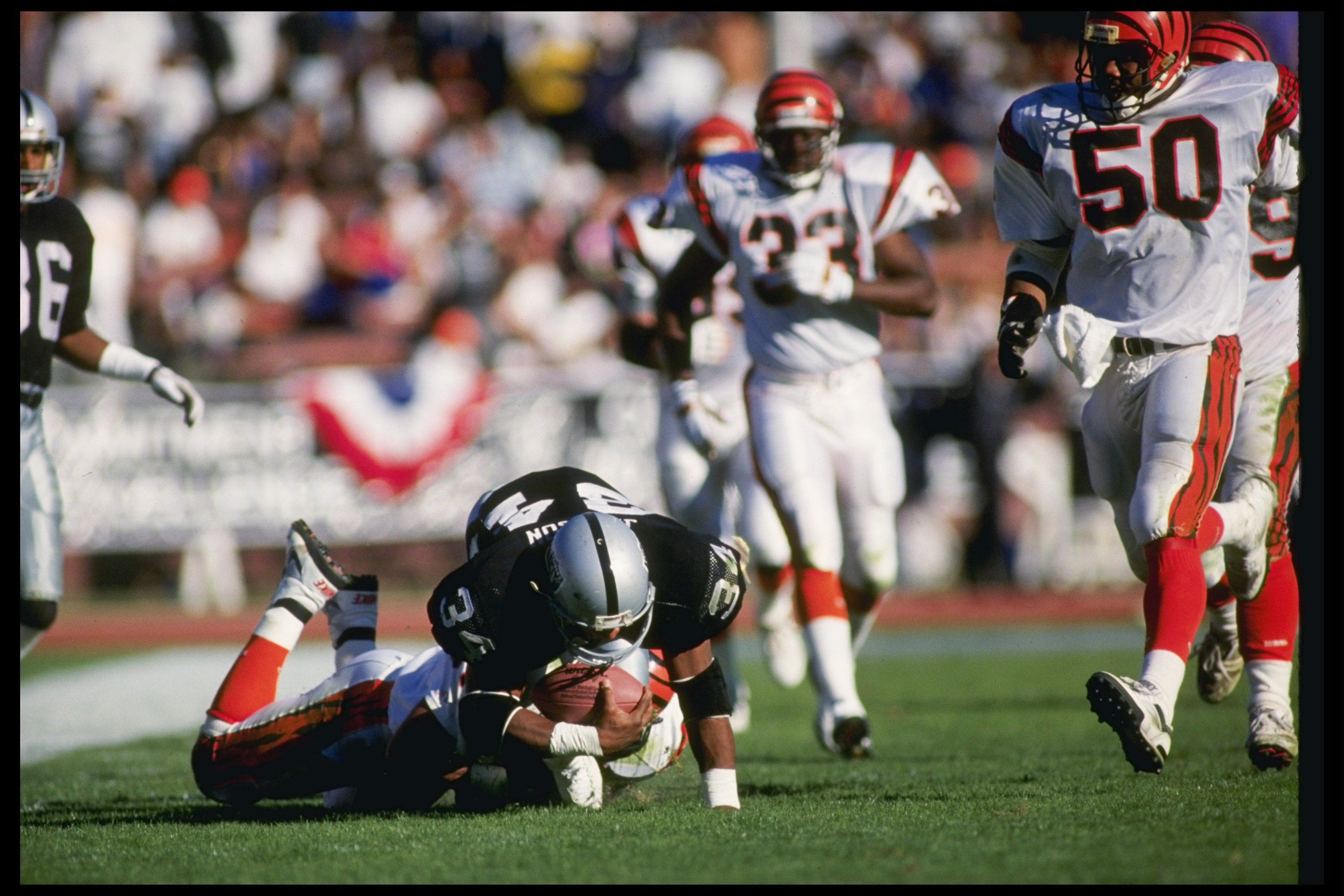 Jackson's final season in the NFL would end on a tragic down note, but before that he played in 10 games and nearly cracked 700 yards rushing with five touchdowns and averaged, yet again, over five yards per carry with 5.6 per touch.

Then, in a playoff game against the Bengals, Jackson seriously injured his hip. It has been rumored Jackson felt his hip actually pop out of its socket...when he felt it, he popped it back into place himself.

Doctors have since said it is physically impossible for a person to pop his own hip back into place, but Jackson was no mere person, so it may have been the truth.

After this injury, Jackson would never be the same athlete ever again.

This video showcases some of Jackson's most memorable runs while playing for the Raiders.

Sorry that it ends with his injury, but Jackson had one of the best combination's of speed and power the NFL has ever seen in a running back.

Remember this "Bo Knows" commercial with a bunch of Bos in various sporting gear?

If not, then enjoy reliving the past for about one minute.

Bo Knows: How To Crack a Bat Over His Knee 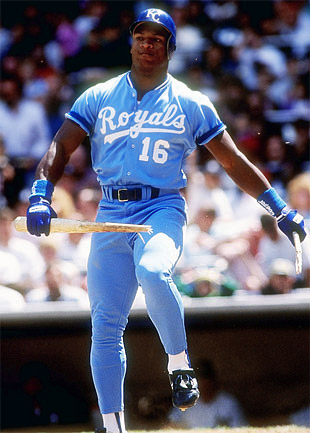 Not to dwell on baseball any longer than this particular photo, but Jackson would break a baseball bat over his knee after a strikeout like it was a toothpick.

Have you ever tried to break a baseball bat over your knee?

To save you the pain, it doesn't break and hurts for a couple days after.

In 1985 while still playing at Auburn, Jackson won the Heisman Trophy for being the best college football player in the nation by rushing for just under 1,800 yards and averaging 6.4 yards per carry.

Here is a video clip of a long touchdown run that Jackson had versus Alabama.

Jackson was just as unstoppable in the video game world, and this video showcases how much better he was compared to any other player in the game.

A 99-yard touchdown run while intentionally bobbing and weaving back and forth through defenders.

We all did it back in the day, and some may still be playing it today too.

Final Thoughts: If Only... 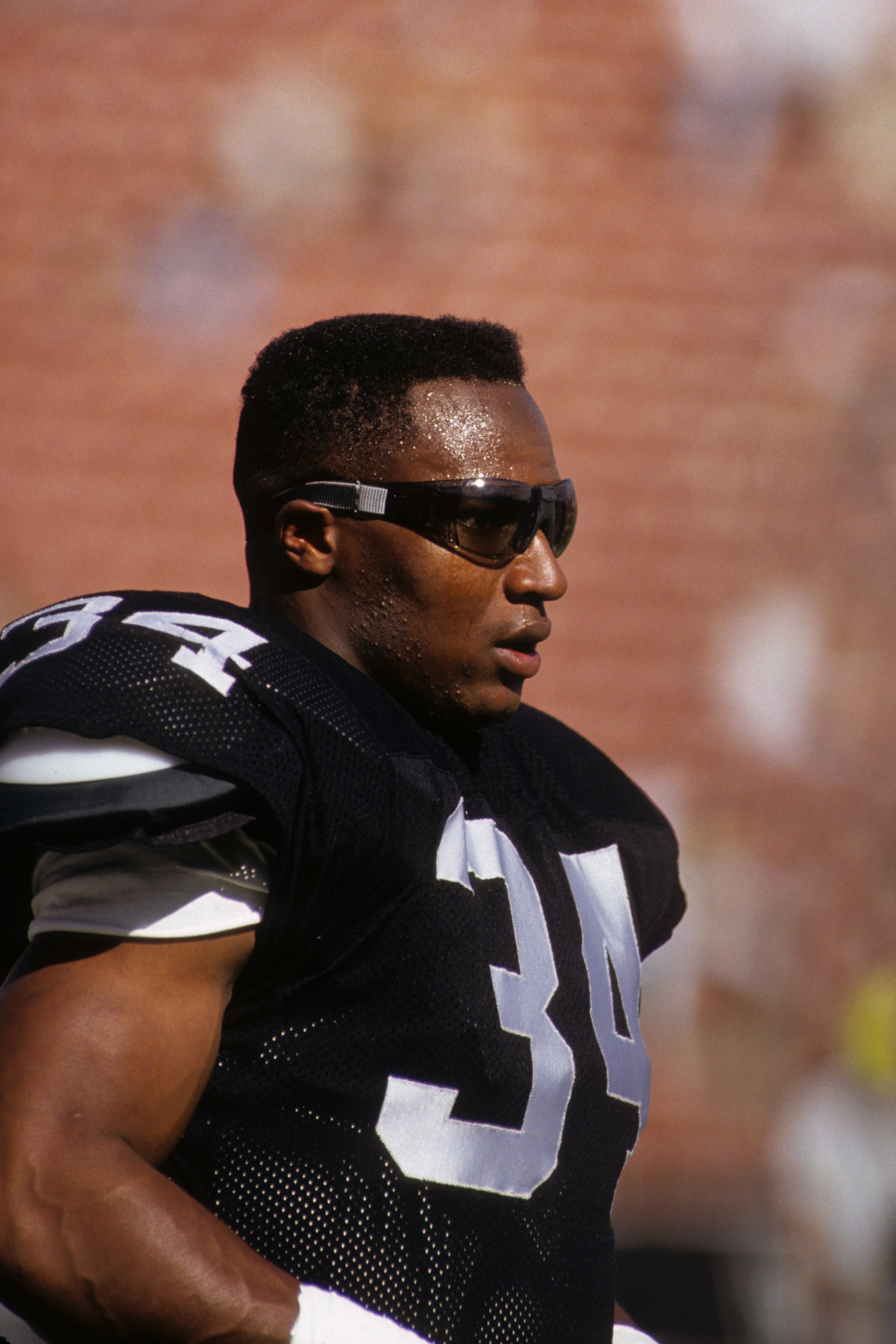 Since Jackson was a dual-sport athlete, he was easily one of the best known players of his time, but the game of football showed both Jackson and his fans how really dangerous it can be to play.

There has always been the saying that a backup player is one snap away from strapping on his helmet from playing and Jackson proved that saying to be correct.

Will Jackson ever make it into the Pro Football Hall of Fame?

Probably not, but in my eyes he will always be the player who could have been the best to ever play his position if the injury bug never caught up with him on that fateful run up the sideline against the Bengals on Jan. 13, 1991.