Prior to the 2010 NHL entry draft Calgary Flames General Manager declared to the Calgary Herald that the Flames were one player away from being a top team.

For anyone who watched the Flames play last year, this was a rather shocking announcement. The Flames scored the fewest goals in the league last year.

Imagine any team you saw last year, any team that you believed was offensively challenged or just incapable of creating or scoring. Think of the Boston Bruins with their lack of finishing wingers, the Montreal Canadiens with the worst five on five play in the league, the Minnesota Wild with their insistence on concentrating only in their own zone, Florida, Toronto and Columbus who decided to run their teams without a first line center, or just think of the feeble Edmonton Oilers.

Calgary was worse than all of them offensively.

Just what one player then was going to take Calgary from their spot as an also ran into a group with the leagues elite teams?

Ilya Kovalchuk was the best, most talented player out there this free agent season and a Flame team in desperate need of a first line center just wasn't suddenly going to become a top team by adding his offensive prowess.

Perhaps Sutter intended this musing to be taken as a philosophical exercise, a thought experiment. Which player from the history of hockey could you add to make this aging Flames team into a top quality club?

Perhaps Mario Lemieux from 1991 could have saved this team. Or maybe he's thinking vintage and it's 1945 Rocket Richard with his 50 goals in 50 games that are required.

If you're looking for an all-time great to add to your roster I'd always pull out a Gordie Howe in his prime or a Jean Beliveau from 1964 or 65. The Flames might be truly desperate and need a 1971 Bobby Orr or a 92 goal scoring Gretzky to make them into a very good team.

Well of course Sutter didn't mean anything by his mysterious pronouncements before the amateur draft this year. He simply wanted to deflect attention away from the fact that he was leading a team that missed the playoffs and wasn't scheduled to pick until the third round.

Someone should have told him that if you're going to miss the playoffs anyway you might as well hang on to your first round pick.

Sutter and company haven't done poorly by the Calgary Flames. He was given the job after an era where the organization was lead by former marketing executive Al Coates and Craig Button. Both of those GM's had been given the unenviable job of dismantling what had been a first class hockey team while marketing it to the fans as a rebuilding exercise.

Eventually the fans caught on, season ticket sales dipped below 10,000 and the Flames had to hire a hockey guy and hand him a budget.

Sutter was that guy. He had success with a deep, largely illusory, playoff run in 2004. He spent money on players and tried to recapture that success. Unfortunately he ran the team as if they were always just one or two players away from success. During that time he's traded youth and speed for veteran thumpers. Draft picks have been squandered for that one last piece of the puzzle.

The talented core of the team has aged and eroded. Last year he and the team missed the playoffs for the first time since his first year.

Sutter needed to add offense to his league worst offensive squad and so has signed former Flames Olli Jokinen and Alex Tanguay to reasonable free agent contracts. There are very few offensive talents out there in the Flame' price range and no centers.

Matt Stajan, a career checker, had a better offensive year last year than Olli Jokinen. Alex Tanguay managed to play 80 games in Tampa Bay but he only scored 37 points.

Part of the problem with resigning ex-Flames in Calgary is that the marketing division always likes to do a hatchet job on outgoing players in order to help justify whatever crazy deal the team might have decided to do. It's a holdover from the Coates era and it was essential when trying to justify Marc Savard for Ruslan Zanuillin or Michael Nylander for Andrei Nazarov or even the dumping of Cory Stillman in St Louis.

It's not as essential if you're making an actual hockey deal but the machinery still cranks up every time.

So I believe the scoop on Tanguay was he was too soft to be a Flame. Jokinen the story went was unfriendly and selfish. I won't tell you what they've said about Phaneuf. Makes Avery look like a saint.

The players have their characters assassinated as they go out the door and then a desperate Sutter with no options left has to bring them back. That's got to leave everyone a little uncomfortable.

Both players are approaching the end of their careers and need to play somewhere where they can get a chance to rekindle the offensive skills they once had. Calgary needs someone they can sign, who at least once in their careers have scored goals  and set up other players.

Tanguay has spent most of his career as a playmaking winger and Jokinen is a shooting center. Between the two of them they should be able to help the now 33 year old Jarome Iginla maintain his offensive numbers. Throw in Niklas Hagman, Rene Borque, a hopefully healthier Daymond Langkow, youngster Mikael Backlund, and even Matt Stajan and the Flames have to score more than they did last year.

The Flames were terrible in the faceoff circle last year. Daymond Langkow took most of the teams face-offs and he only won 43.5 percent of them. His 638 face-offs lost was the 19th worst total in the league. Only Eric Staal had a worse winning percentage among the top 20 face off losers in the league and he tends to bring other things to the rink to make up for it.

Jokinen only took a couple hundred face-offs last year but he was much closer to 50 percent and in that at least he'll help the Flames out.

Darryl Sutter has pretty well played out the string in Calgary. Last years panicked moves, running Phaneuf out of town and moving Jokinen for nothing after having traded a first round pick and a player for him look worse and worse. The team will need to rebuild soon and it's a shame because veterans Iginla and Kiprusoff have likely already given their best to the organization.

Calgary is a team in decline that will soon need a complete rebuild. The schizophrenic  nature of the personnel moves made over the last two years give me no confidence in the ability of this management team to oversee a rebuild. The team needs to get younger and faster. Almost ever move Sutter makes pushes the team towards being older, meaner and slower.

Look for this to be Sutter’s last season in Calgary. If the Flames aren't challenging for a playoff spot in the last quarter look for him and his to be dumped early. For the sake of the veterans on the team I hope there is a resurgence next year, no matter how fleeting it will have to be.

Sutter hasn't been horrible for Calgary. He was infinitely superior to what was going on before he came,but his time is over. It's time for new blood and new ideas in Calgary Flames management.

When they finally let Sutter go I wonder how the marketing department will spin it?

Flames vs Jets: How the Two Teams Stack Up 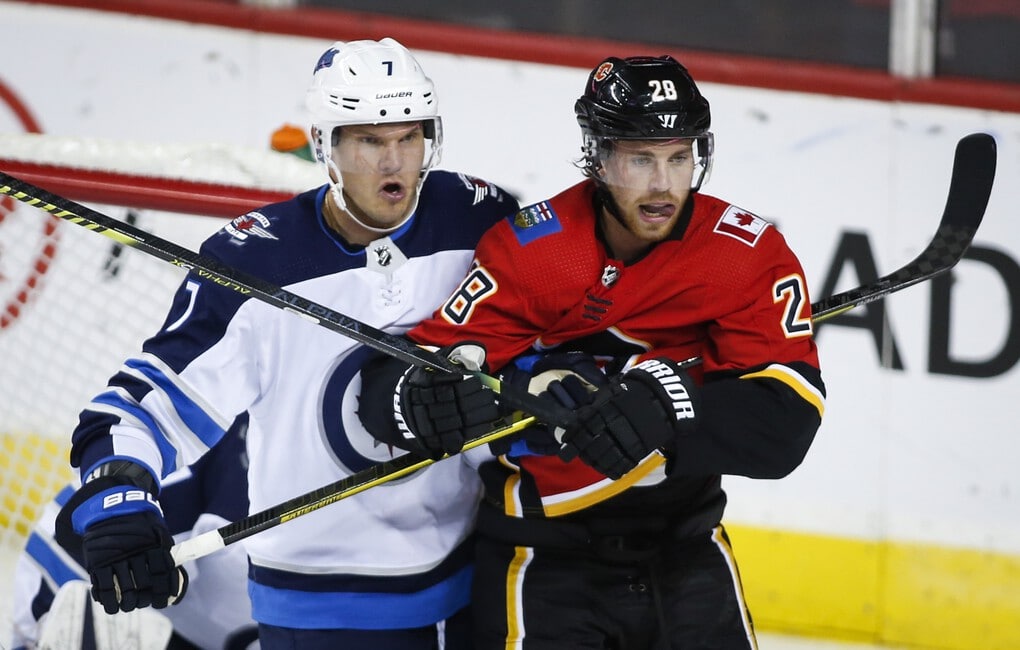 Flames vs Jets: How the Two Teams Stack Up

Colton Pankiw
via The Hockey Writers

Flames coach, captain believe capturing Stanley Cup could be tougher than ever

Flames coach, captain believe capturing Stanley Cup could be tougher than ever 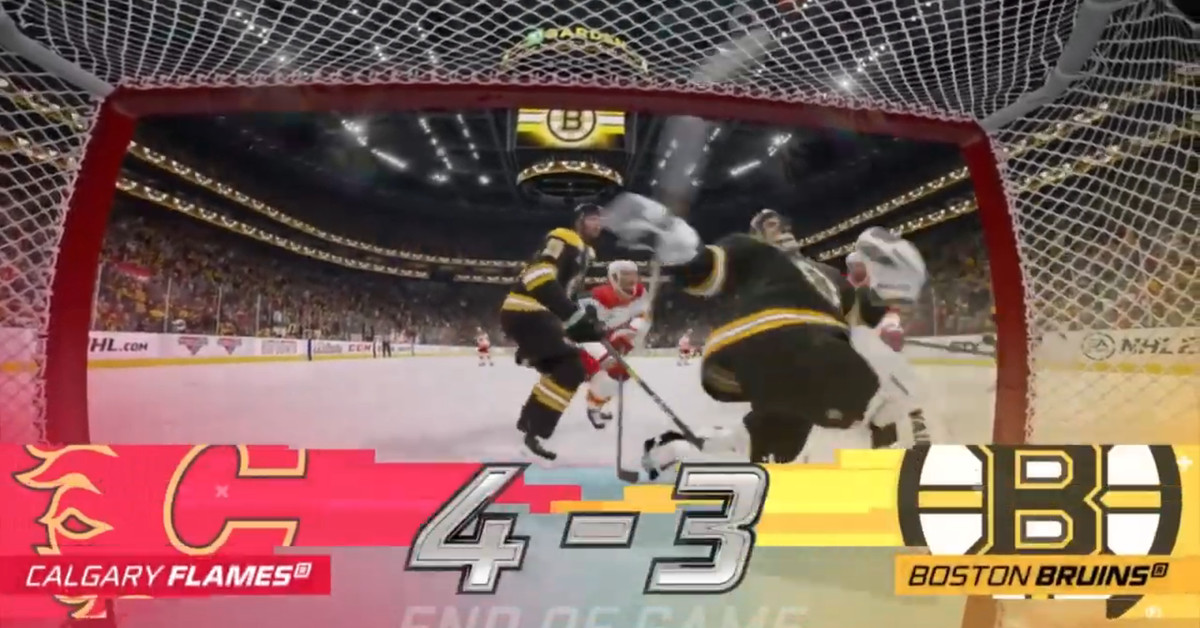 Gordie.Taylor,MGMacGillivray
via Matchsticks and Gasoline