It’s one thing to have prospects in your organization, but it is another thing to have those prospects develop and become solid major league players. That is the issue facing the Baltimore Orioles right now.

The Orioles have a lot of young, talented players on their roster, but they really haven’t developed as quickly as they hoped. Nolan Reimold was sent to the minors earlier this year, Adam Jones has taken a step backward, and Matt Wieters hasn’t had the breakout year many had predicted. Brian Matusz and Chris Tillman are two good pitching prospects, but have been knocked around pretty good so far this season.

The next young and talented player the Orioles are hoping to develop was called up yesterday. The Orioles have summoned 6′3″ 222 lb. 3B Josh Bell to the major leagues. With current 3B Miguel Tejada on a one-year contract, Bell is clearly the 3B of the future for the Orioles.

The Orioles acquired Bell from the Los Angeles Dodgers in the George Sherrill trade back in July of last year. Another poor deadline trade by the Dodgers. In 2008, the Dodgers traded Carlos Santana to the Indians for Casey Blake and last year they traded Bell for Sherrill—Yuck.

Bell was in the starting lineup last night at 3B. I am guessing the Orioles will look to trade Tejada very soon and Bell will remain their starting 3B for the remainder of the season.

Here are some other facts about Josh Bell.

College: None. Went to Santaluces High School in Lantana, FL.

Drafted: Fourth round of the 2005 Draft

Analysis: “Bell’s 2008 ended with knee surgery, but his 2009 ended with him being traded to Baltimore, where he’s now the heir apparent at the hot corner. Bell is here because when he hits left-handed, he rakes, hitting .340/.419/.625 against right-handed pitchers in 2009, even after crossing the chasm to Double-A, where weaker hitters are exposed quickly by pitchers with better command or off-speed stuff.

He has excellent bat speed from the left side, accelerating his wrists very quickly from the set position, although his swing is a little flat and might be more geared to doubles than home runs.

On the negative side, he’s futile from the right side, and he’s reaching the point where the Orioles may have to consider having him give up switch-hitting if he doesn’t improve in the next year.

He’s improving at third base and projects as an average glove there, with solid hands and an above-average arm. He should be able to take over in Baltimore sometime between midyear 2010 and the start of 2011 depending on how well he fares against left-handed pitching, regardless of how he does it.” 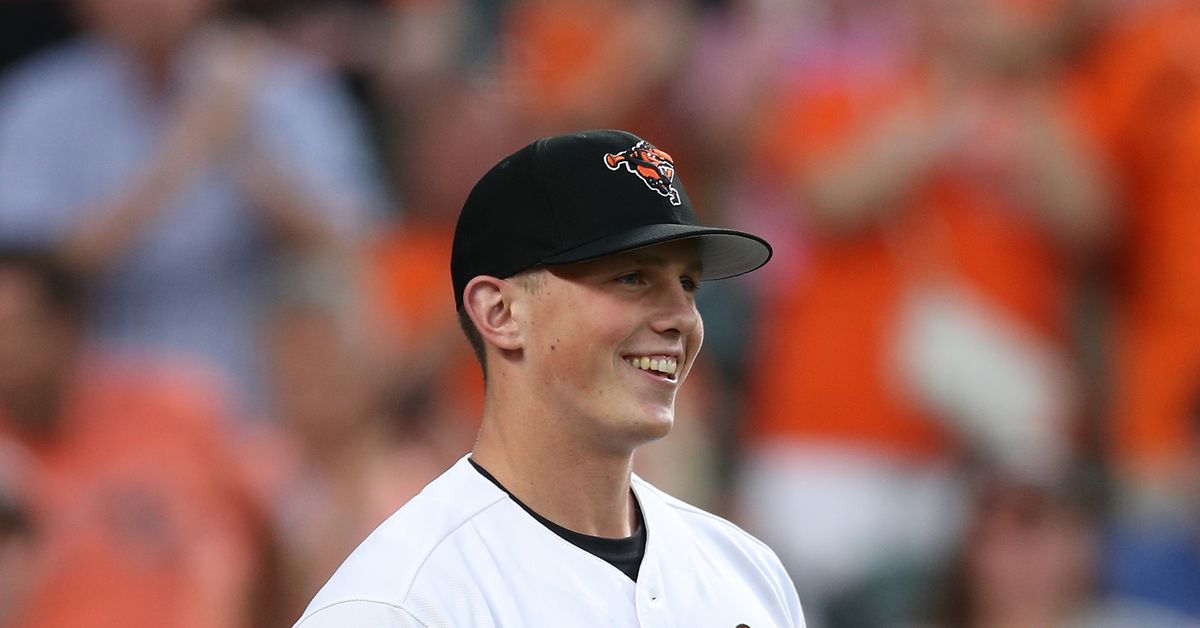