Alexander Hleb has been Arsenal’s most polarising player ever since his arrival from Stuttgart three years ago. Oft maligned for his wastefulness in possession and inability to record a decent tally of either goals or assists in any of his seasons at Arsenal, he somehow simultaneously managed to become one of our most dangerous players.

He is a truly world-class dribbler and protector of the ball, whilst somehow simultaneously managing to be unselfish to a fault.

When questioned about his persistence with Hleb during one of Hleb’s less productive periods at the club, Arsene Wenger pointed to his quest for perfection in the pass—the eye-of-the-needle pass that would almost definitely result in a goal.

A look at Hleb’s statistics for last season show a frankly poor number in the total assists column. A look at his performances, however, will tell you that Hleb was in fact almost as important to Arsenal’s goal figures as Cesc Fabregas or Emmanuel Adebayor. He had actually been a major factor in the assists totals of many of the Arsenal players last season.

The Wenger system is designed to give each player on the ball the maximum number of short options, all over the park. We keep the ball on the floor, we move as a unit, and keep the chances of completing a pass in our favour.

Cesc Fabregas is vital to this system because he almost always executes the right pass to keep the tempo of our game flowing, ensuring the recipient of the ball will have the most options or an obvious option: whether it is to pass, run with the ball, shield the ball, or shoot.

Fabregas, as he showed in the European Championships, is also becoming a master at timing his runs beyond the midfield and receiving the ball in dangerous positions. That’s what makes him so hard to play against—wherever he receives the ball, his next decision is going to put the opposition under pressure.

The further up the field, the more pressure there will be. Even if he’s not up there, and the defence is sleeping, he will find that pass. Now that he can score goals, there is literally no limit to what he can achieve.

When Fabregas, or any other Arsenal player, makes that run, the run is rendered useless unless they get the ball. The easy assist—the square ball across the six-yard box or the short diagonal pass behind a centre-back on his heels—is rarely a result of a 20-30-yard dribble from the assisting player.

More often than not, he would have been closed down by the time he would get to that position whilst carrying the ball.

What Hleb does better than anybody is to pick the pass that the assister will receive. Perfectly weighted, with Hleb often having drawn defenders away from the space the recipient can run into. He opens the game up with the threat of his ability, then slides the ball into the area behind whoever’s focused on him. Cesc knew where that would be, as did Eboue, Sagna, Clichy, Adebayor, Van Persie, and Eduardo.

The trouble with Hleb is that if there’s not enough defensive cover around him, he could quite easily skip past a couple of challenges and end up in a much more dangerous position himself. It’s quite a dilemma for flat back fours who are used to cutting out crosses from wingers who just get wide and whip the ball in.

The natural instinct of a former No. 10 will always be to cut inside, and with fantastic dribblers like Hleb, Rosicky, and Nasri, that caused untold grief for a defensive unit.

They will all of a sudden have to deal with diagonal runs from the forwards, darting runs into the vacated space from the midfield, overlapping runs from the fullbacks, and the twisting and turning feet of the player on the ball. When it’s well synchronised, everybody has plenty of options and it’s a question of selection, and this is where the pre-assist comes in.

Arshavin would be a fantastic signing for Arsenal from a footballing point of view because he would easily slot into our system. Whether or not he'd be the right signing is open to debate.

Arsenal and Barcelona have, in my opinion, the most well-drilled units in world football when it comes to this system, and I’m sure Hleb will flourish there. He’s built for the system and he’s very good at it.

He's very similar to Iniesta and Deco in the angles that he picks when playing the ball. Rosicky, if he can build up another run of games, is brilliant with the pre-assist, as Nasri looks like he will be.

Nasri, if he can score some goals for us as well, could be the Hleb upgrade that we needed to carry us to the title last year. It’s a big shame Hleb didn’t take a look at the likes of Fabregas and Clichy and realise that as good as he’d become, a little more work on his game would go a long way towards securing himself the medals and adulation he’s obviously seeking in Barcelona.

We need players that will take responsibility for their part in the team’s success and be willing to push themselves harder and harder with their talented teammates to achieve this.

That’s what’s going to make this team’s first trophy that much more special. A team of world-class players, who grew together, fought together, lost together, and improved together. Anybody can see that the talent is there, and slowly we are starting to see the players that are willing to take on the responsibility of becoming truly great players.

Ade could have done it, but with the high opinion of himself he already has, one must wonder how much further he’s going to go. He already thinks he’s Henry :-)

Special mention for Jack Wilshere, who, after scoring a dream goal and setting up a goal on his reserve team debut with an angled through ball, registered an assist and then a pre-assist with pretty much carbon-copy passes during a debut 45 minutes in the first team.

Have a look at the reserve team's 2-1 win at West Ham, and the first team’s 2-1 win at Barnet and see what you think.  It also highlights the importance of the pre-assist to a system like Arsenals. He really looks like the real deal. And he’s only 16! I can't wait to see his game develop over the next few years.

What do you think about the pre-assist? Is the shift to a more mobile, technical game putting new emphasis on it? Should there be parameters in place for its inclusion in player stats (e.g. must be beyond defence for a square pass etc.)?

Again, comments appreciated, and thanking Alex, Shyam and Jeff for their feedback on the previous article. 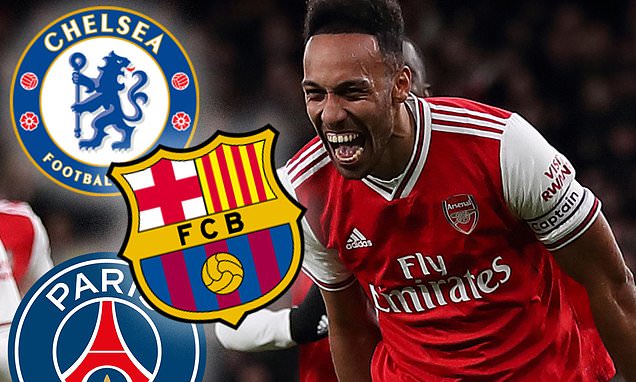