I recently had the privilege of speaking with Coach Richard "Dick" MacPherson of UMass, Syracuse, and New England Patriots' fame. Coach MacPherson is being honored at halftime of the Syracuse vs. Northwestern football game on Sept. 9, 2009, at Syracuse University.

The university will be joined by the National Football Foundation and salute "Coach Mac" for his upcoming College Football Hall of Fame induction during Legends Day on Saturday.

Coach MacPherson was born in Old Town, Maine in 1930. After attending Marine Maritime Academy, he served in the U.S. Air Force between 1950-1954.

He then went on to Springfield College (1954-1958) and earned his bachelor's degree. During his time there, he played varsity football for three years. In 1956, the team went undefeated, and, in his senior year, he served as captain.

In the years between 1971-1977, he was head coach at UMass, where he posted a 45-27 overall record, won four Yankee Conference Championships, and took the team to the Boardwalk Bowl.

MacPherson's 45 victories rank third all-time in UMass history, and his .778 winning percentage ranks fifth-best in league history. He was chosen New England Coach of the Year while at UMass twice.

In his 10-year stay at Syracuse University (1980-1990), he posted a record of 66-46-4. He took Syracuse to the Cherry, Sugar, Hall of Fame, Peach, and Aloha bowls. In 1987, Syracuse went undefeated for the second time in the school's history and tied Auburn in the Sugar Bowl. That season won him the Lambert Trophy.

He left Syracuse for a two-year head coaching job with the New England Patriots. He also had coaching jobs with the Denver Broncos and the Cleveland Browns. He was selected by the National Football Foundation to be inducted in the College Football Hall of Fame for the 2009 class.

Q: What are some of your memories from the undefeated season at Syracuse University?

A: Well, I think that we were going undefeated into the final game. They went for a tie on the last play of the game instead of trying to beat us, so that took some of the fall off of that thing. Just any of those accomplishments was a tremendous amount of fun for me and the players. I think it is a team that will never be forgotten by Syracuse University and the fans here.

Q: What was your favorite Syracuse game?

A: I think that the real job-saver was 1984 when we beat No. 1 Nebraska. That would be something that would have to stand with me because it gave us credibility as that was our fourth year, and we hadn't had any great years, and we just started to get to moving. That was the job that kept us alive and well, and it was a shocking thing because it was the No. 1 team in the country.

Q: What was your least favorite Syracuse game?

A: I think the most disappointing one was the Sugar Bowl when Auburn went for the tie.

Q: Was it a difficult transition from the college game to the pro level?

A: My family thoroughly enjoyed the experience we had under Lou Saban at with the Denver Broncos. That was the highlight of our professional career. I don't think there was much to enjoy with the New England thing, and we were with the Cleveland Browns. I prefer college over pros except for Lou Saban; that was probably the best time in my family's life.

Q: Can you describe your experience of playing against Louisville in Japan at Tokyo Stadium where you won 24-13?

A: Well, I think the most memorable thing about playing in Japan was the Japan Bowl. The Japanese, at the time, were really riding high and fell in love with American football, so we played a regular-season game over there with the University of Louisville, and prior to the sold-out game, everybody was saying hello, and, of course, the Japanese didn't understand a word of it. Then our chancellor got up and gave them a message in fluent Japanese, which is very, very unusual. Then the place just fell in love with us.

Q: Was there ever a time when you doubted whether or not you could bring Syracuse back to the glory days of the '50s and '60s?

Q: Describe going undefeated as a player at Springfield College in 1956.

A: I think the thing that sticks most in your craw is one of the teams we should have beaten easily we had a tie. Yes, we were undefeated, but we had a tie. So as players, when we talk about those games in the '56 season, it's kind of a sad thing because we remember the tie rather than all the great wins. But, of course, it is a really significant thing for Springfield College.

Q: With the Patriots' loss to the NY Jets, and all of the trades and retirements, do you think the Patriots domination of the AFC is in trouble, or are they still an offensive juggernaut?

A: I think it's still a little early in the season to tell. Their hoping to start over, but I think they had to reload. I think the fans should remember that great, great run that they had, and, three years from now, you'll be able to tell. They've had five changes on defense alone, and Tom Brady is coming back from a knee injury. I think patience, and there's a lot of respect for the Jets by winning, but what they gotta remember is that it wasn't a bowl game. I believe when the Jets come to Foxboro, it's gonna be war.

Q: I'd like to congratulate you for your achievements on and off the field, as player and coach. I'd like to thank you for your time, and it's been an honor speaking with one of my personal heroes as a Syracuse fan.

A: Well, I normally don't take time from my schedule to do this sort of thing, and I do want to be compensated for my time.

A: You just make damn sure when we go up against Northwestern on Saturday that you're cheering for Syracuse.

Q: Yes, sir. I cheer for them win or lose, sink or swim, every time they play.

So, in promise to Coach Richard "Dick" MacPherson, I will be cheering for my favorite college team wearing my Ernie "The Elmira Express" Davis throwback jersey.

Thank you, coach. Thank you for the glory at SU and taking time to be a real person and not just an icon. Thank you for your time, and it was an honor that I won't soon forget.

Syracuse Football: Is a spring season more feasible at this point?

Syracuse Football: Is a spring season more feasible at this point? 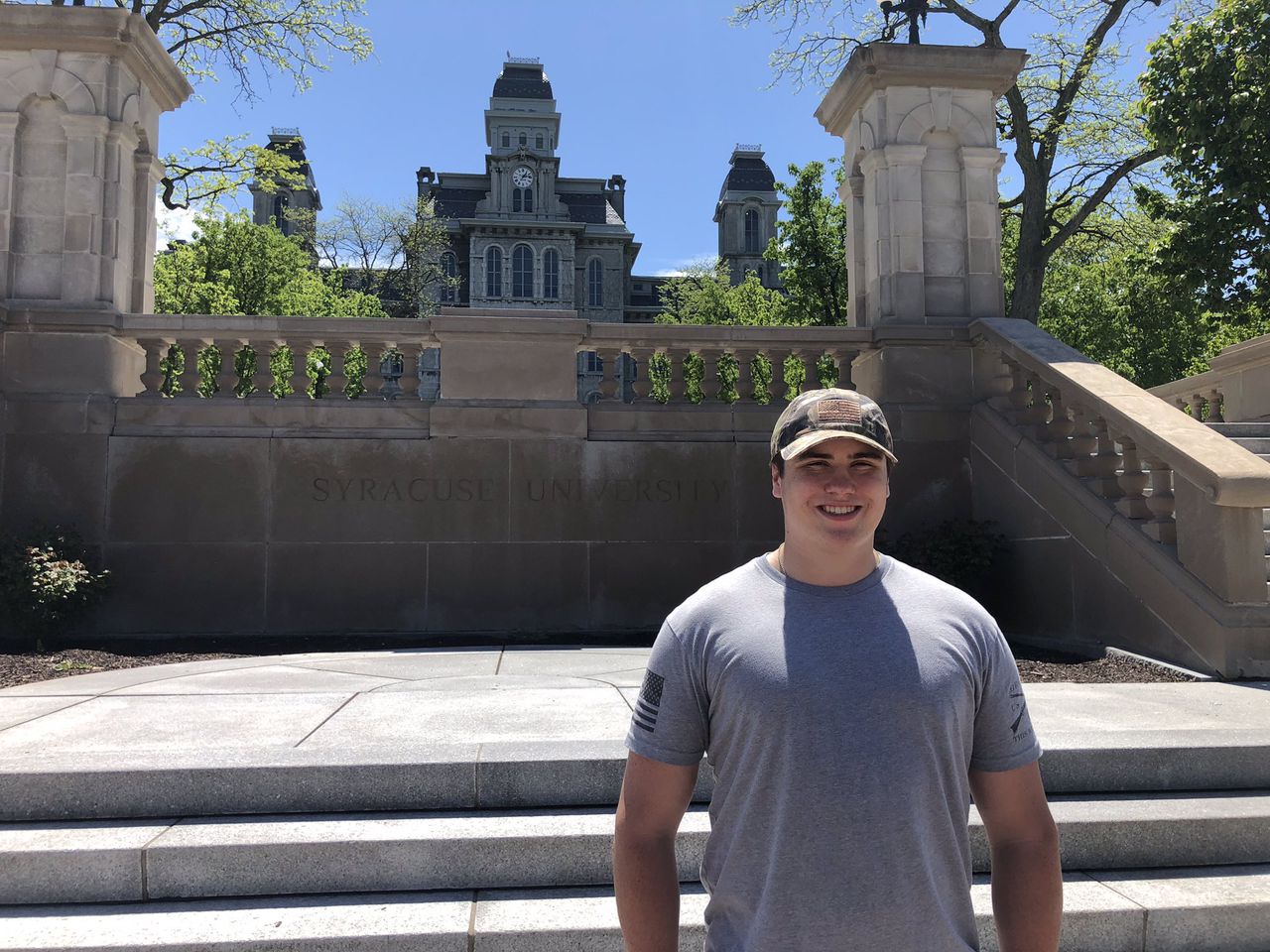 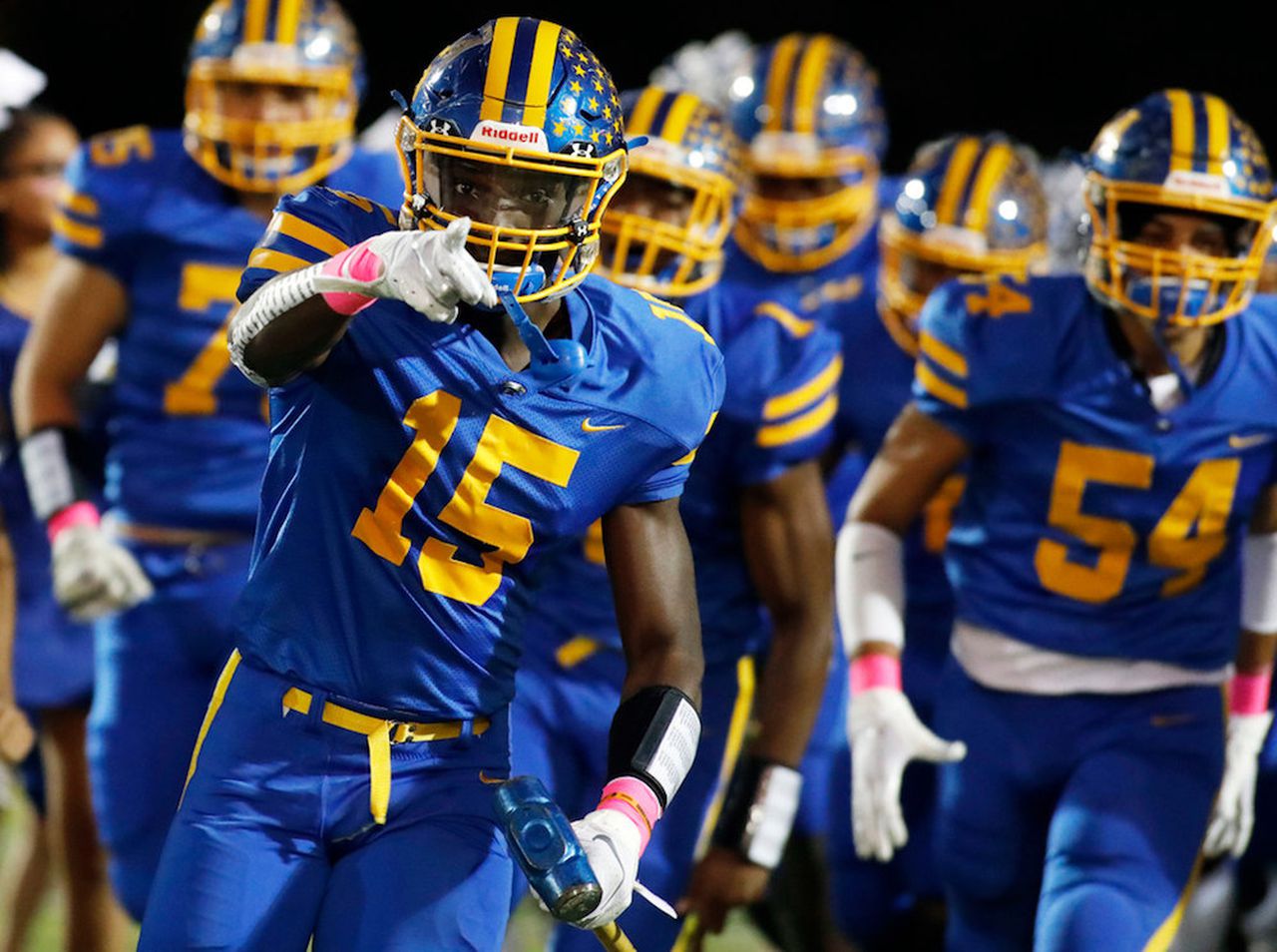