Australian tennis star Nick Kyrgios announced he will not participate in the 2020 U.S. Open because of concerns about the coronavirus pandemic.

Dear Tennis, I will not be playing this year at the US Open. It hurts me at my core…But I’m sitting out for the people, for my Aussies, for the hundreds of thousands of Americans who have lost their lives, for all of you. #SincerelyYours, @NickKyrgios https://t.co/7EecHNU82l

In a video released by UNINTERRUPTED, Kyrgios said it's time to focus on what's important, pointing to community health and safety—though he said he does not fault the United States Tennis Association for going forward with this year's tournament.

The No. 40-ranked player in the world has advanced to the third round of the U.S. Open four times since 2014.

Kyrgios is the latest tennis star to opt out of the U.S. Open, following fellow Australian Ash Barty's decision July 30.

Barty, the world's No. 1 women's singles player, cited concerns over the coronavirus as well.

"I love both events, so it was a difficult decision, but there are still significant risks involved due to COVID-19, and I don't feel comfortable putting my team and I in that position," Barty said of the Western and Southern Open and U.S. Open, per CNN's Jill Martin. "I wish the USTA all the best for the tournaments and look forward to being back in the U.S. next year."

This year's tournament is scheduled to run from August 31 to September 13 at the USTA Billie Jean King National Tennis Center in Flushing, New York, though spectators will not be allowed into the facilities because of the pandemic.

Petra Kvitova expects more players will decide against competing at the U.S. Open this year for the same reasons, telling BBC 5 Live in mid-July the conditions around the tournament have athletes concerned.

"I know a few players will definitely not go if the restrictions are like they are now," Kvitova said. "... I'm still thinking of what everything will look like, what the restrictions will be, how many people we can take and if they quarantine us."

Kvitova, a two-time Wimbledon champion, said she is still undecided on if she will compete. 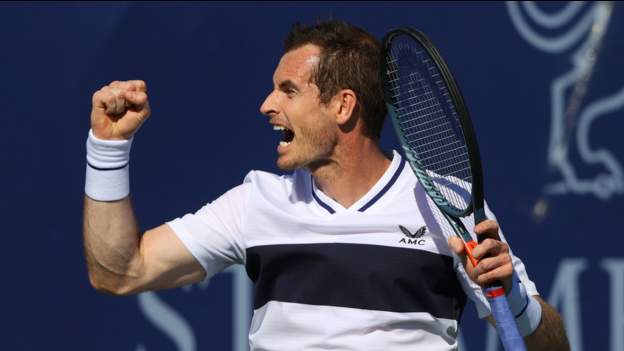