Oklahoma City Thunder swingman Andre Roberson admitted to ESPN's Royce Young he "was ready to give up" while going through a lengthy recovery from a ruptured patella tendon.

However, Roberson required a minor procedure in October 2018 to address the suture from the original surgery. That delayed his return for two months, and another setback arose a month later in the form of a small avulsion fracture in his left knee.

"Basically a big roller coaster of emotions," the 28-year-old said to Young of the entire saga. "Just being so close, and then something else would happen. Setback after setback. I don't know man, it was just tough."

Young noted the suspension of the NBA season provided a silver lining for Roberson because he might be able to contribute to the Thunder following the restart when he otherwise would've been absent to finish out the year. 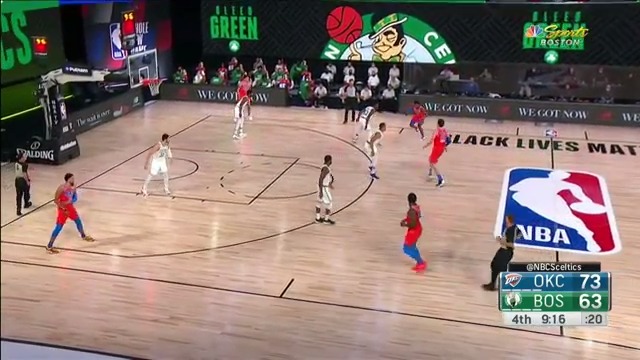 "Dre, he's still got it on the defense end," Schroder said to Young. "We've played pickup a little bit in OKC. He looks pretty good. On the defensive end he's a threat."

"He's doing great. I think he's gaining confidence," he said, per The Oklahoman's Jenni Carlson. "I think he's got confidence in where he's at physically. I think he's trying to gain confidence right now in terms of being out from playing competitive basketball for two years."

The Thunder resume the season Aug. 1 against the Utah Jazz.

Assuming Roberson is ready to go, Donovan would probably make sure to limit his workload. His defensive contributions could be invaluable toward Oklahoma City's postseason aspirations, though.

The Thunder, who sit fifth in the Western Conference, are a long shot to win a title, but they could easily spring an upset or two en route to the conference finals. Contributions from Roberson could go some way toward making that reality.