It's such a strange sentence to read. Yet nothing is surprising about 2020 anymore—and especially in a wrestling landscape that continues to scratch and claw at ways to make things work while keeping fans entertained.

And WWE might just have something with the oddball Otis.

Of course he is, right? Nobody on the roster looks like Otis. Nobody on the roster can look like him and still do the things he does. He's got good singles work under his belt. He's got a strong tag team resume. He's worked hilarious angles well. He's done the romance stuff. Generally, he's all-in on whatever he's given, which if WWE fans haven't noticed by now, is a huge requirement for being a "McMahon project."

Frankly, the sky is the limit for a unique Superstar like Otis. And in hindsight, maybe we should have seen his Money in the Bank briefcase win coming. While there are a ton of guys and girls on the roster who put on awesome technical matches or tell good stories, pretty much nobody has Otis' feel and versatility or the upside he seems to present for the long term.

There are a ton of fun dynamics to explore with the Otis character that can happen over a long period of time too. He's funny and had the romance angle stuff going on, sure. But it will be fun to see him get really threatened by some of the heavyweights in the main event scene and how he might lose the jokey demeanor and get violent.

Likewise, getting him invested in some serious storylines or even turning heel would be a fun route to take. It's not like he doesn't have an imposing physical frame. He could overpower most of the guys on the roster while firmly getting fans to turn against him.

Really, Otis in a traditional year is a pretty interesting character and in-ring performer for all of the above reasons.

But let's not pretend this has been anything close to a traditional year.

Otis might just be the perfect 2020 Superstar. He's seemingly random enough to get fans to tune in on a weekly basis to see what he's doing. Scripted or not, the effort oozing from his performances creates some respect that keeps viewers coming back.

Look at All Elite Wrestling. Over there, Orange Cassidy's unique slacker character is massively over and in prominent spots for many of the same reasons. He's fresh, different and can wrestle in an incredible manner while providing some levity to what is otherwise a sobering bit of audience-less wrestling.

Otis can do much of the same. Which brings us to the subject of that briefcase he's holding. He doesn't need it to keep fans invested in what he's doing on a weekly basis—but it sure doesn't hurt to have.

Flexibility is the word that comes to mind. Otis could easily cash in on a huge main-event star like an AJ Styles, provided they have SmackDown's top title. Physically speaking, he could probably even be convincing in the ring with current champ Braun Strowman.

But there are plenty of options. Otis could always get creative and use the briefcase on the tag team scene. He could maybe find a way to give it to Mandy Rose for use in the women's division.

Almost anything works when it comes to Otis and this briefcase, and it will probably be pretty entertaining. How WWE uses the situation could boost Otis' trajectory, though there's not any way to harm his standing.

As a sidebar, WWE has been pretty quiet about Otis even having the briefcase, presumably because those in charge would like to hold off on cash-in attempts until there are crowds at shows again. The problem with that, obviously, is nobody knows just how long it will be until that can happen again.

Either way, let's not pretend Otis turning into a major headline star for the blue brand would be a shocker. This is a company, after all, that put a top title on Jinder Mahal for a long time. The difference here is Otis is arguably the most unique Superstar on any wrestling roster today.

Few Superstars can do what Otis does from a sheer entertainment perspective and still remain believably lethal in the ring against anyone. It's not hard to see why top brass might be in love with the idea of putting him in a prominent role for potentially a long time.

In return, it's safe to presume fans would remain engaged with the occurrences around the unique traits Otis presents, boosting a lagging blue brand in the process. 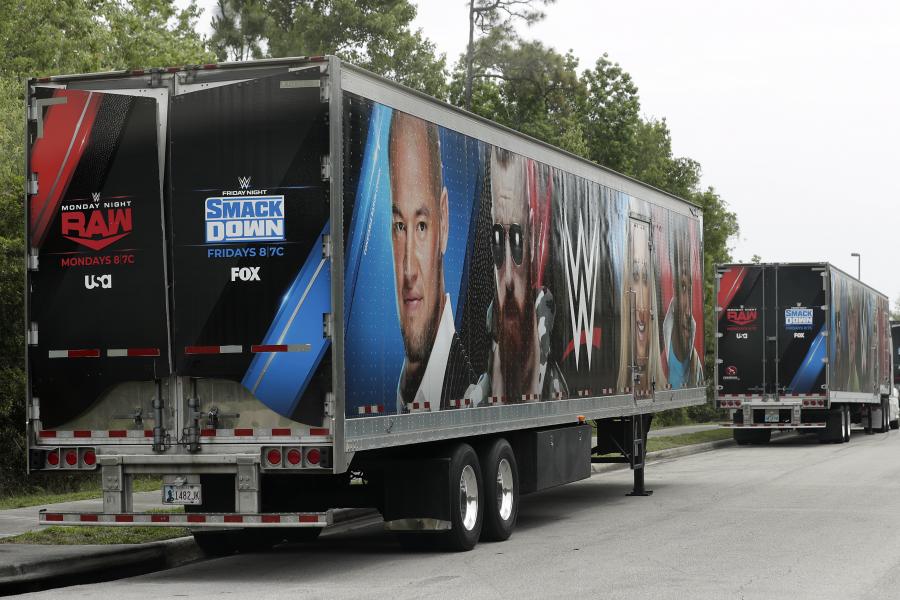