Former Penn State basketball player Rasir Bolton, who transferred to Iowa State after his freshman season, detailed Nittany Lions coach Pat Chambers making a comment saying he wanted to "loosen the noose around [his] neck" in 2019.

"A 'noose' around my neck is why I left Penn State. Head coach Patrick Chambers, the day after his one-game suspension in January 2019, in talking to me referenced a 'noose' around my neck," Bolton wrote in a statement on Twitter. "A noose; symbolic of lynching defined as one of the most powerful symbols directed at African-Americans invoking the history of lynching, slavery and racial terrorism. Due to other interactions with Coach, I knew this was no slip of the tongue."

Why I chose to leave Penn State. https://t.co/uszEPPJZPM

Chambers, whose job security was in jeopardy after shoving Lions guard Myles Dread, used the phrasing in a meeting with Bolton he hoped would help the struggling freshman.

"I want to be a stress reliever for you. You can talk to me about anything. I need to get some of this pressure off you. I want to loosen the noose that's around your neck," Chambers told Bolton, per The Undefeated's Jesse Washington.

Bolton said he immediately reported the comment to Chambers' superiors and confronted the coach about his phrasing. That led to meetings between Chambers, the athletic department and Bolton's parents. Bolton said he was provided just one in-person meeting. According to Bolton and his parents, Chambers did not apologize. Chambers says he did apologize. 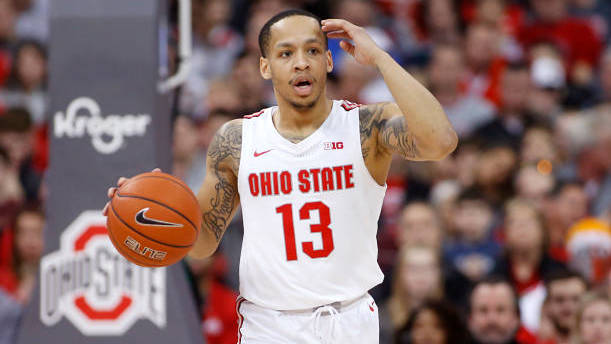 Bolton accused Chambers of bad-mouthing him to his teammates after their meeting.

"Coach Chambers never apologized, he said he was 'from the north and wasn't aware,'" Bolton wrote in his statement. "Subtle repercussions followed. Some teammates were told I couldn't be trusted and I was told the team didn't trust me. I wasn't 'all in' and 'loyal.' Because I stood up for myself? During my final player-coach meeting in April 2019, Coach Chambers told me he was 'really impressed with how well spoken and organized my parents were.' Yet another subtle insult."

Chambers apologized last week in an interview with Washington, saying he "didn't realize that word would hurt him."

The coach posted an additional statement of apology on Twitter, calling his words "hurtful, insensitive and unacceptable."

Jamari Wheeler and Lamar Stevens each posted on Twitter in support of their coach:

The love coach got for me and this team is Deeper than black and white 🖤🤍 #WEARE #UnfinishedBusiness https://t.co/bLxJADz3ZO

100%. He used a poor choice of words but Coach Chambers is a a great man who made a mistake. His actions towards all of his current and past players speaks much more volume. Ask them... https://t.co/5GmbxTiTPC

"I don't even know where it came from,” Chambers told Washington. "It's not a word that's in my vocabulary. It's not something I use often. There's not a moment that goes by that I don't want to reflect on that choice and, you know, I'm growing from it.”

Bolton, who was Penn State's second-leading scorer as a freshman, transferred to Iowa State and was granted an immediate waiver after informing the NCAA of Chambers' comments. Penn State did not require Chambers undergo any diversity or sensitivity training for the comment.

Bolton said he felt compelled to come forward after seeing Chambers was invited to speak on racial injustice at a webinar hosted by the National Association of Basketball Coaches. While Chambers was apologetic for his comment, he pushed back on the notion that he is "out of touch" with the Black community.

"If I was out of touch with the African American community, I'm not sure they would have been as successful as they were ... we might not be saving lives, but I think we're changing lives," Chambers said. "And I think we're making a major impact in our program, in inner-city communities."

Chambers is heading into his 10th season as Penn State's men's basketball coach. The Lions are 148-150 in that timeframe.