The Miami Heat have shut down individual workouts at AmericanAirlines Arena after a second player tested positive for the coronavirus, according to Ira Winderman of the Sun-Sentinel.

Winderman previously reported in June that forward Derrick Jones Jr. tested positive for COVID-19 after the start of mandatory testing, although he was asymptomatic.

The team will not resume workouts until after July 8 when the team travels to Orlando for the restart of the 2019-20 NBA season.

According to the NBA's protocols, a positive coronavirus test requires a quarantine of at least two weeks.

Teams are expected to begin their training camps at the Walt Disney World resort on July 9 with the eight seeding games beginning on July 30.

There has already been significant spread around the NBA with the league announcing Thursday there were 25 positive coronavirus tests out of the 351 test players since June 23.

The Los Angeles Clippers, Denver Nuggets and Brooklyn Nets were each forced to close team facilities because of positive tests.

Commissioner Adam Silver has said a "significant spread" within the league's bubble could cause the league to halt action in Orlando. 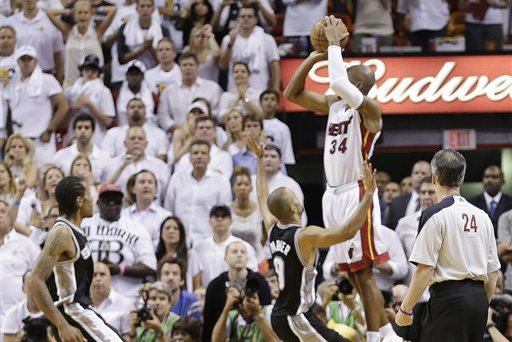 "Certainly, if we have a lot of cases, we're going to stop," Silver told Sean Gregory of Time. "You cannot run from this virus."